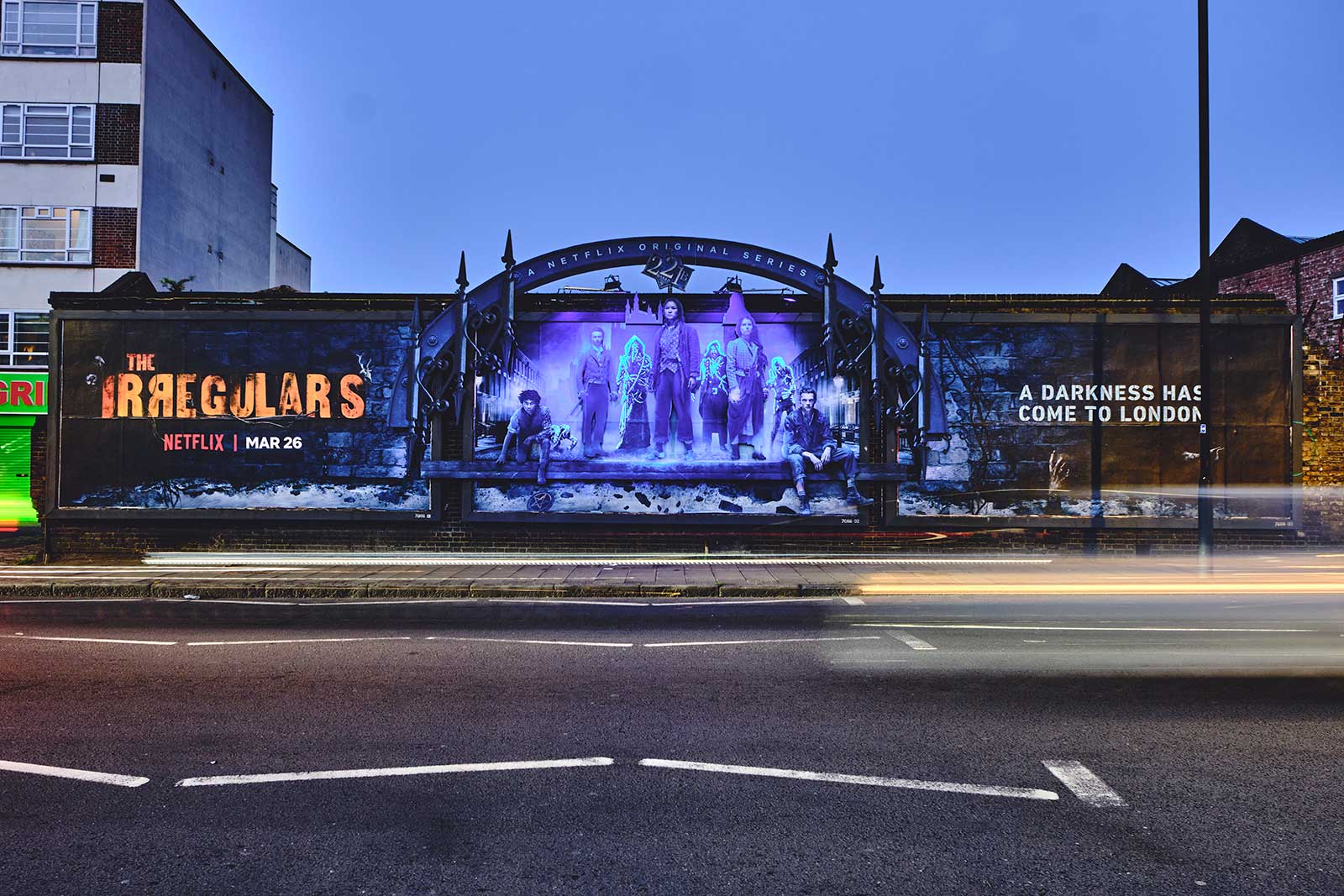 The Irregulars, a new Netflix crime drama series based on the works of Sir Arthur Conan Doyle, launched in March. Focusing on a group of teenagers (The Irregulars) who work for John Watson (of Sherlock Holmes fame) to solve crimes, the series has been praised for its “charming” cast, supernatural narratives and deft storytelling.

To celebrate the launch of The Irregulars, we teamed up with Kinetic on two very special builds in Shoreditch and Clapton. The builds play on the supernatural themes of the show with ghostly figures, glowing blue lighting, and the central characters looming in the foreground. The effect is a startling one, with an impressive amount of depth in such a small place. While it might be a little scary, it’s definitely best viewed at night! 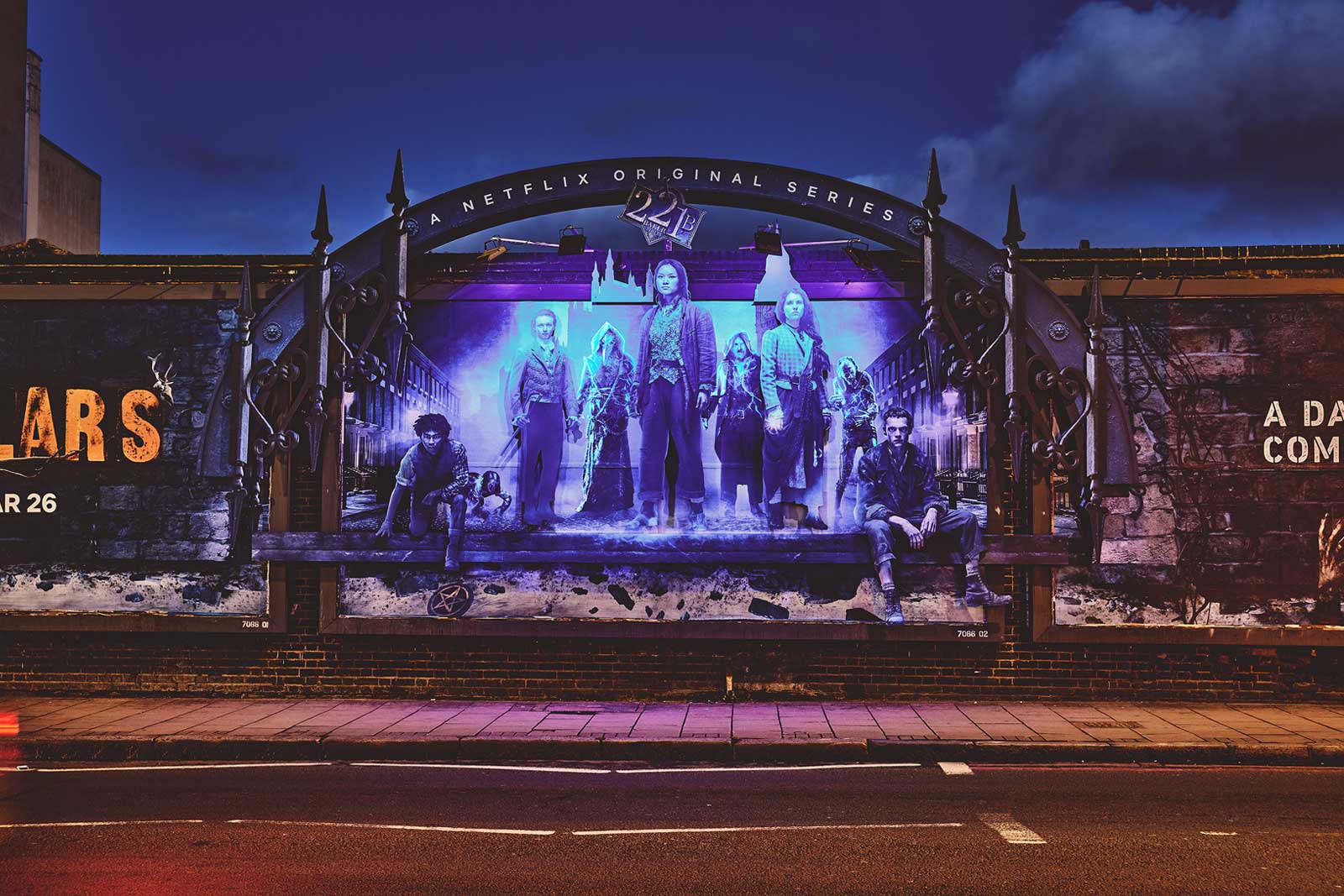 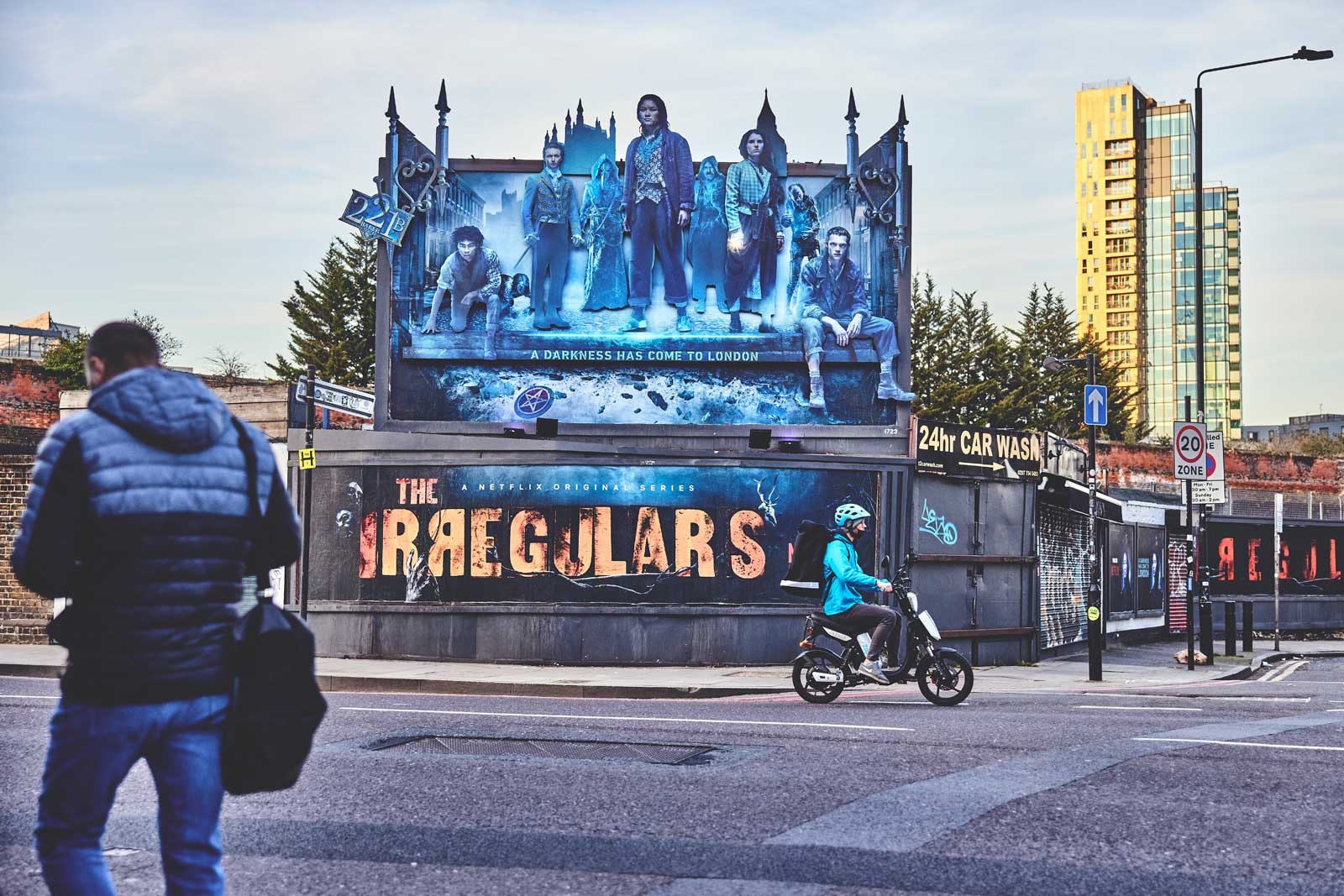