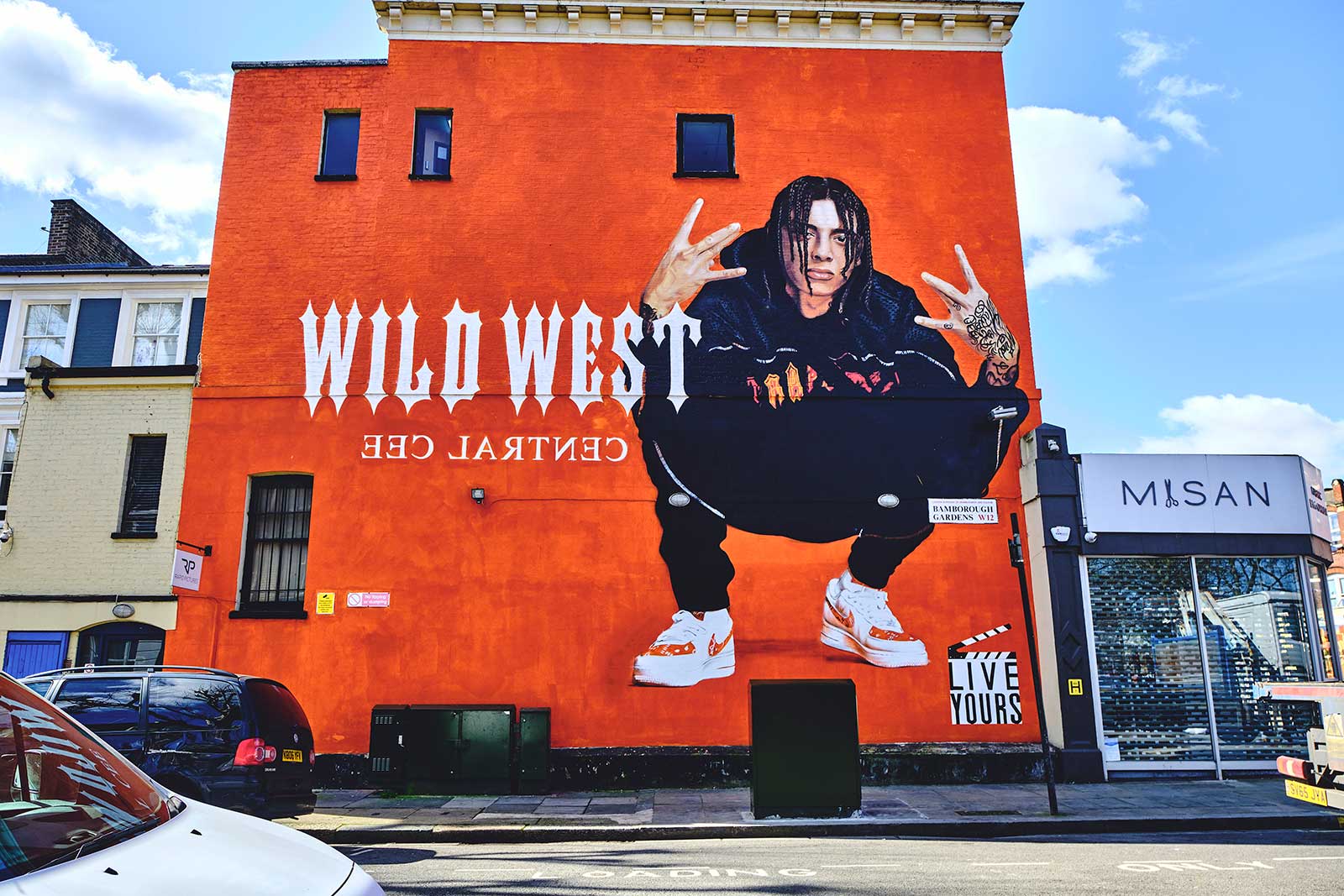 Over the last year, drill artist Central Cee has released five singles and worked on his debut studio mixtape, Wild West, gaining attention from artists like Big Sean in the process. Born and raised in Shepherd’s Bush, the Wild West of London, Central Cee has been releasing music underground for years, but 2020 saw him finally breakthrough.

Wild West has been praised by critics, with NME calling it “a tantalising look at drill’s future” and “a swashbuckling epic”. To launch this career-making effort, we worked with CMS Music Media to take over Manchester, Birmingham and London, including our site in Central Cee’s home of Shepherd’s Bush. With a mega-size mural, digital screen and billboards, it was an eye-stopping display in vibrant orange. In fact, Central Cee even showed up in a matching car – and featured our Shepherd’s Bush site in his latest music video and promo. 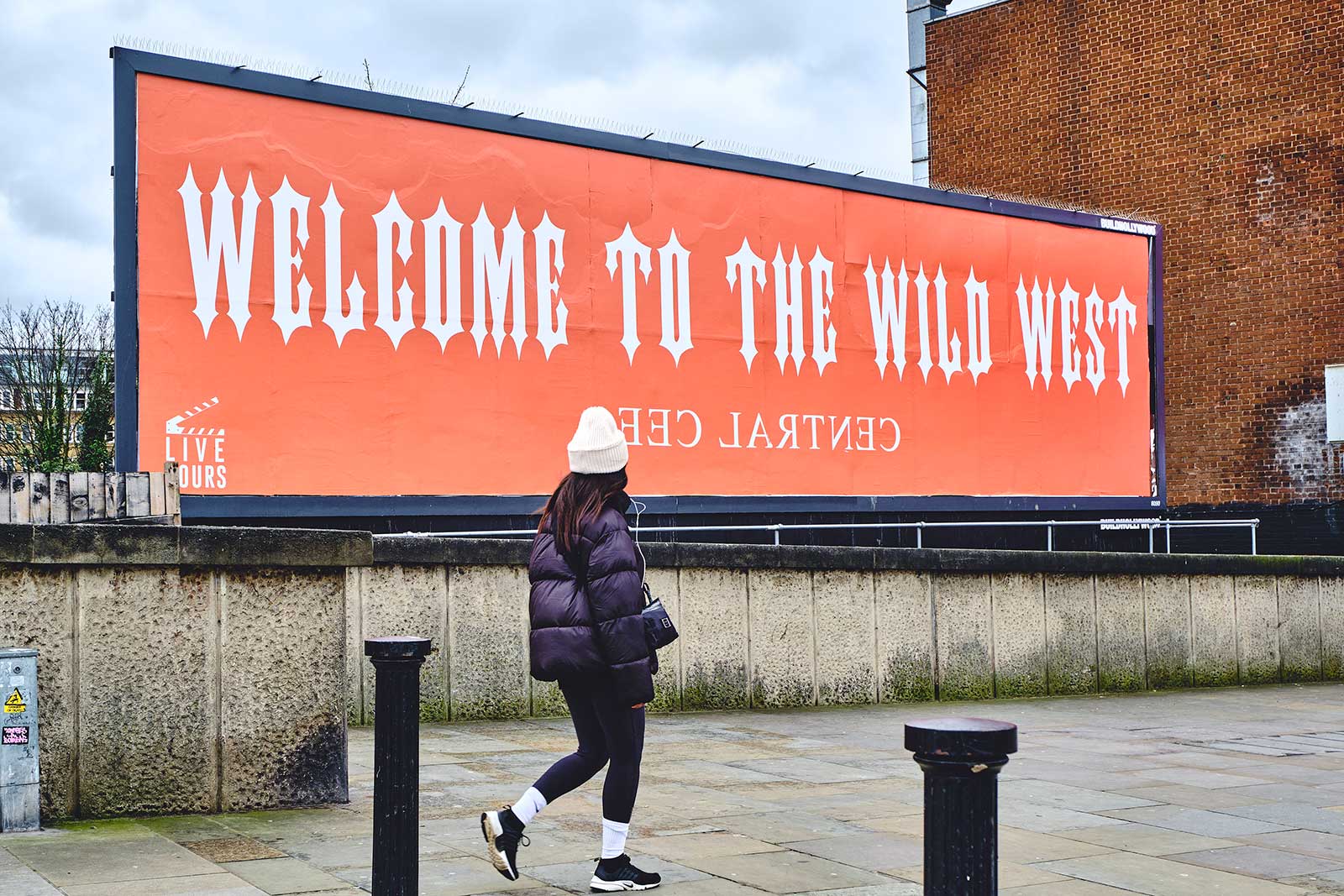 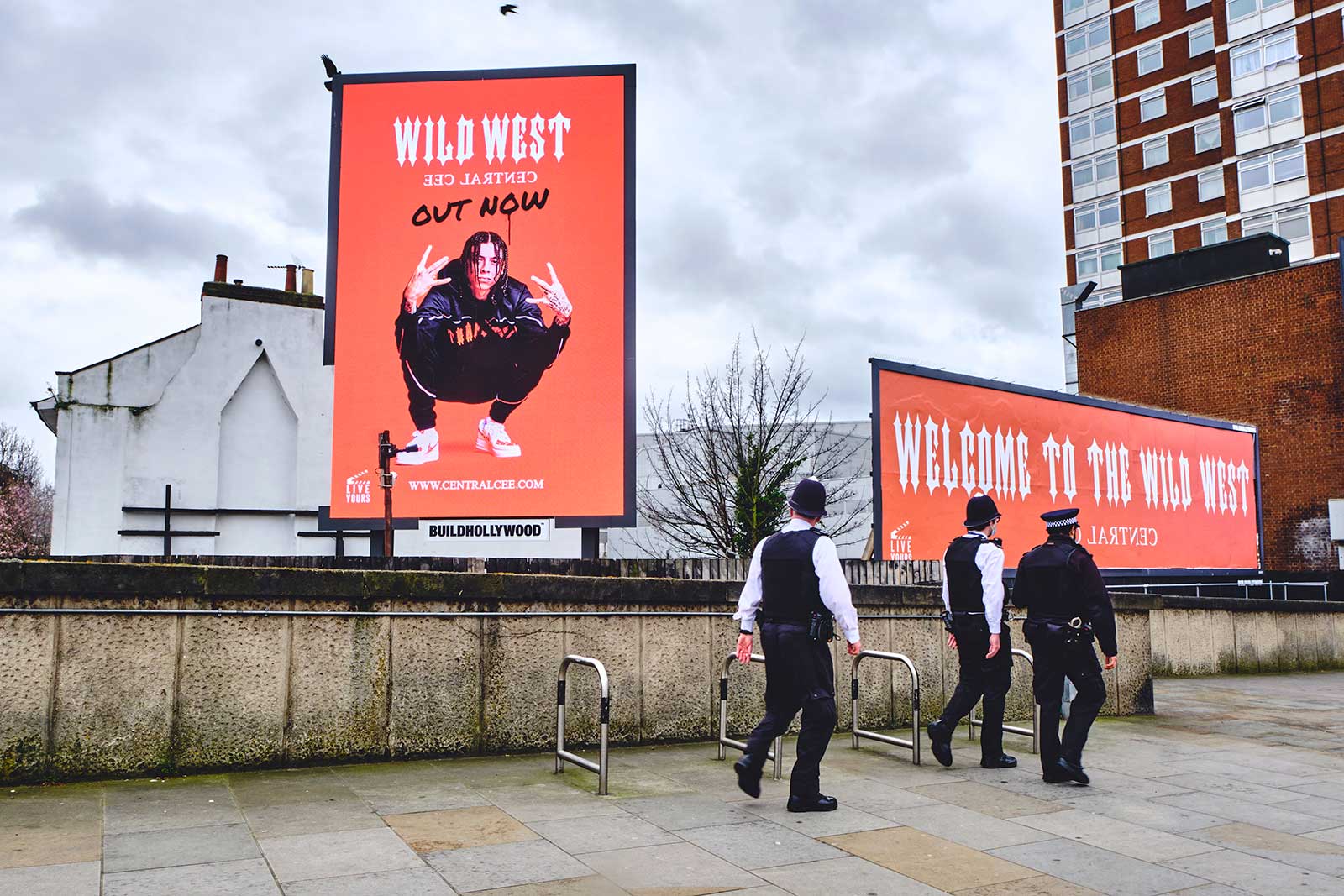 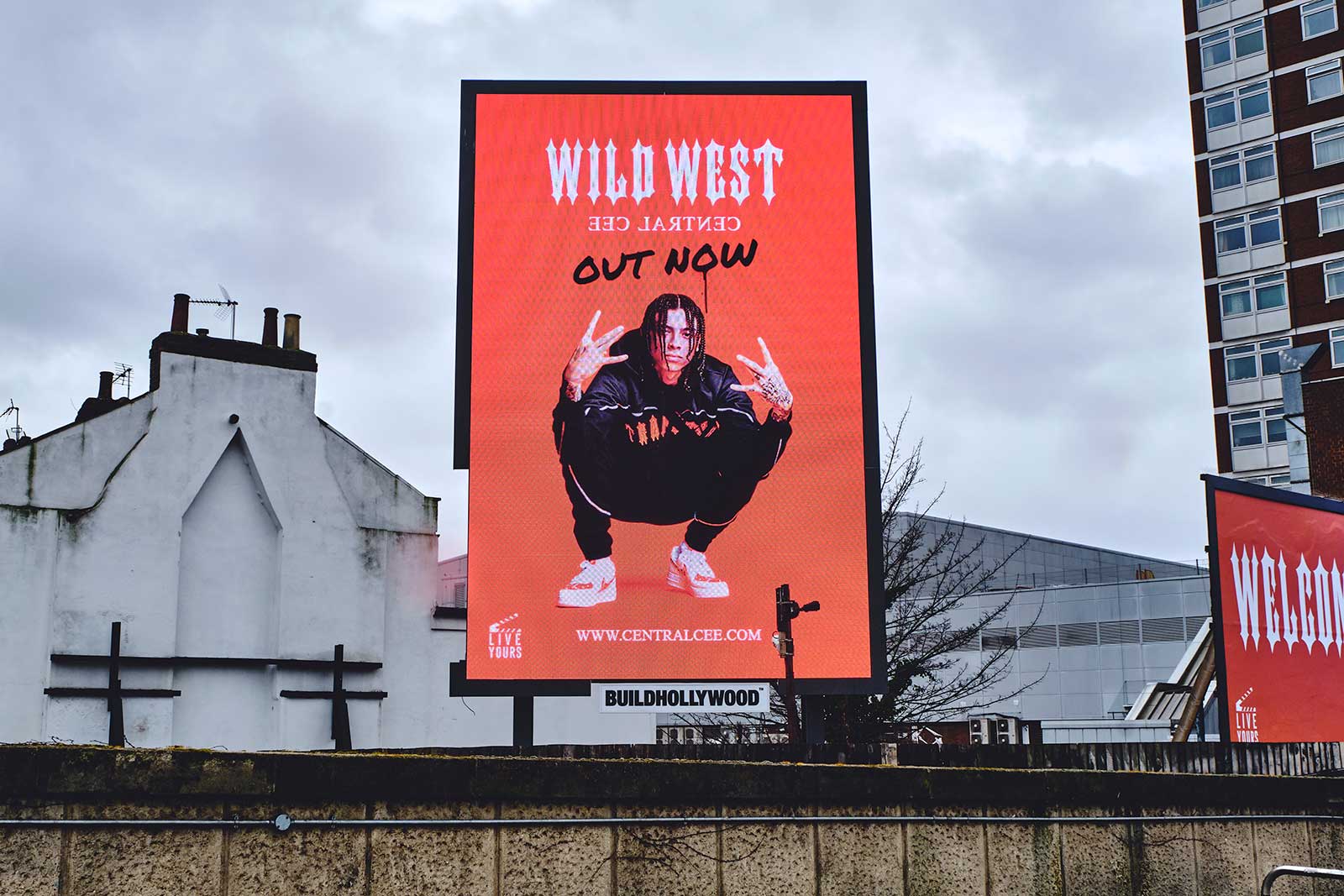 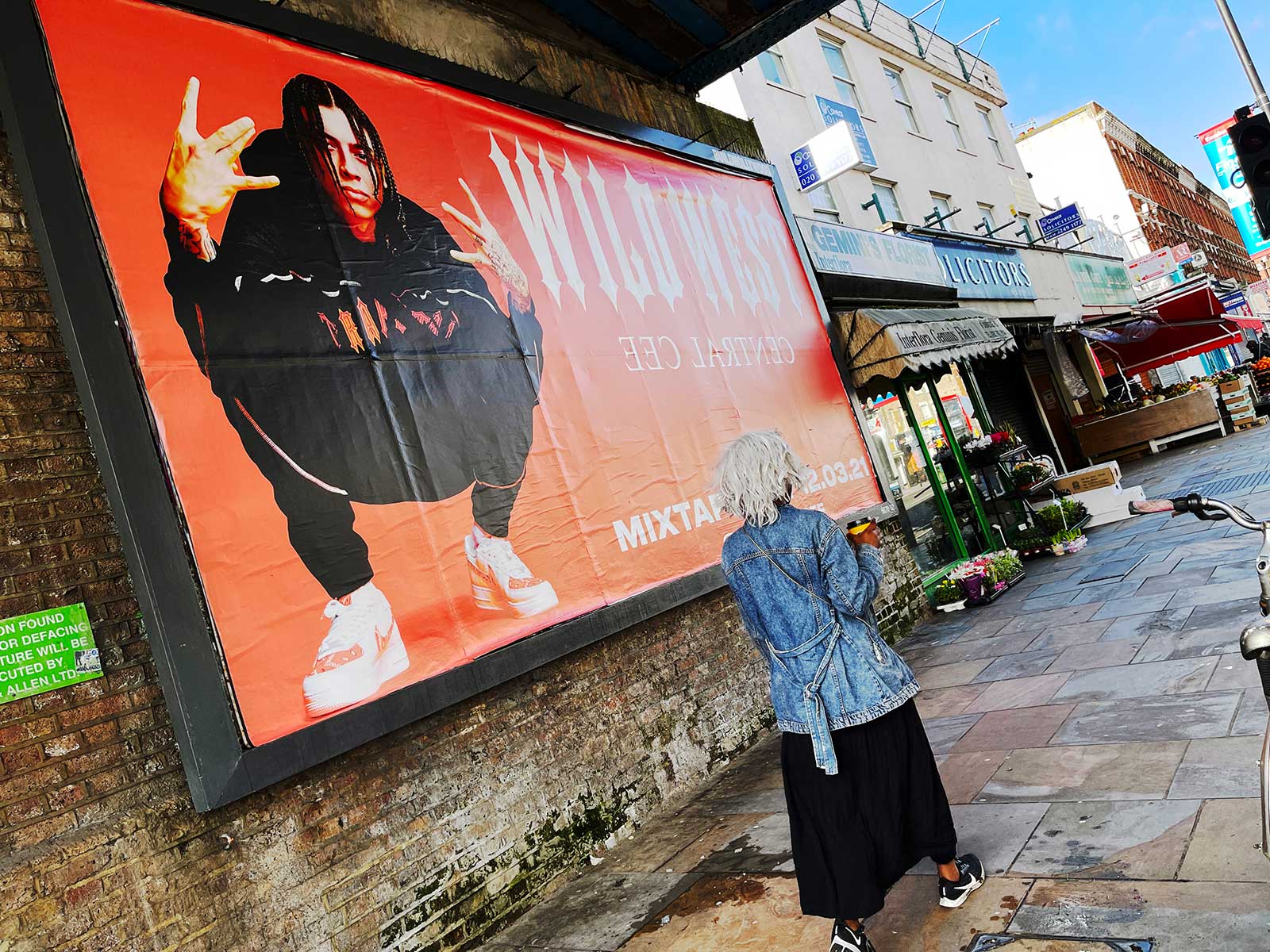