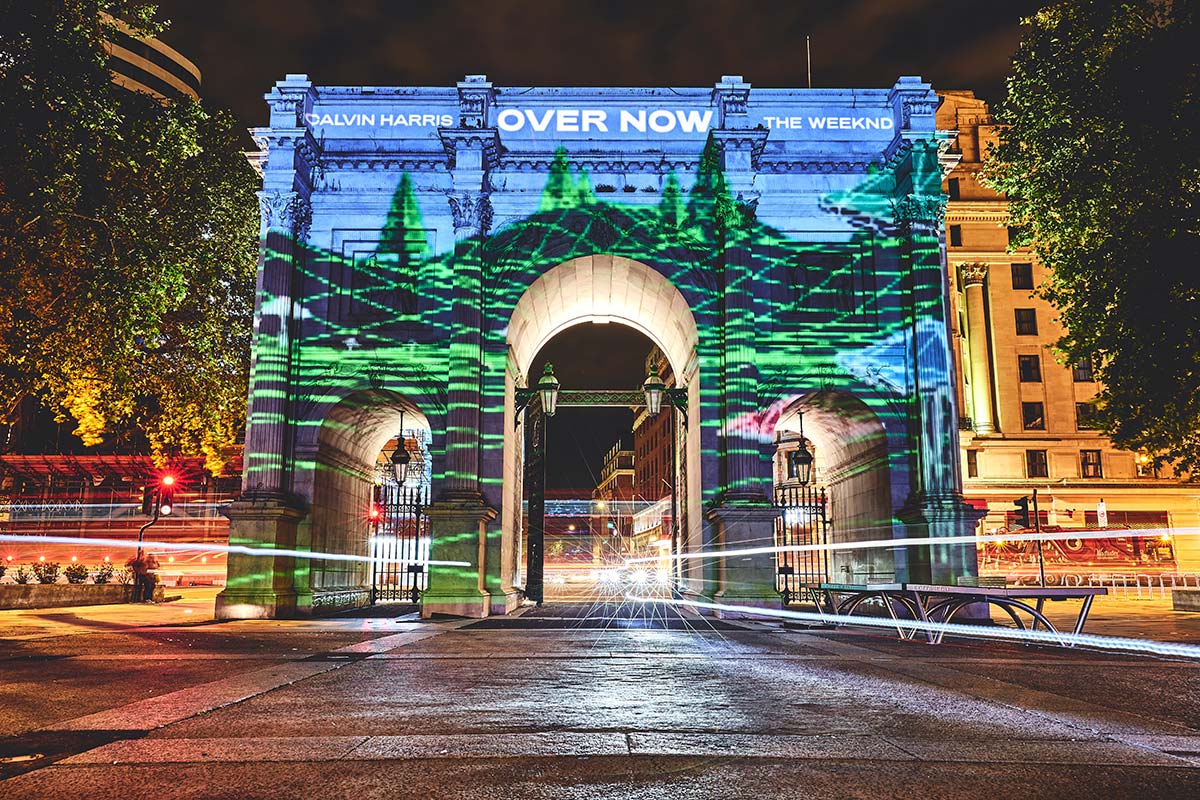 Pop artists Calvin Harris and The Weeknd recently teamed up for the first time for new song Over Now, dropping the track with an accompanying CGI-heavy, futuristic video. The Weeknd has had a busy year, with his fourth studio album After Hours being released in March, topping charts and getting rave reviews. While Harris hasn’t released a solo album since 2017, his 2019 track One Kiss with Dua Lipa dominated the radio.

A formidable pair like The Weeknd and Calvin Harris don’t need to do much to get an audience, but even so, what better way to get people’s attention than with massive, larger-than-life projections? To celebrate the release of their track, we partnered with Sony Music to project neon, futuristic art echoing the aesthetics of their video onto iconic London locations Marble Arch, St Paul’s and Tate Modern. 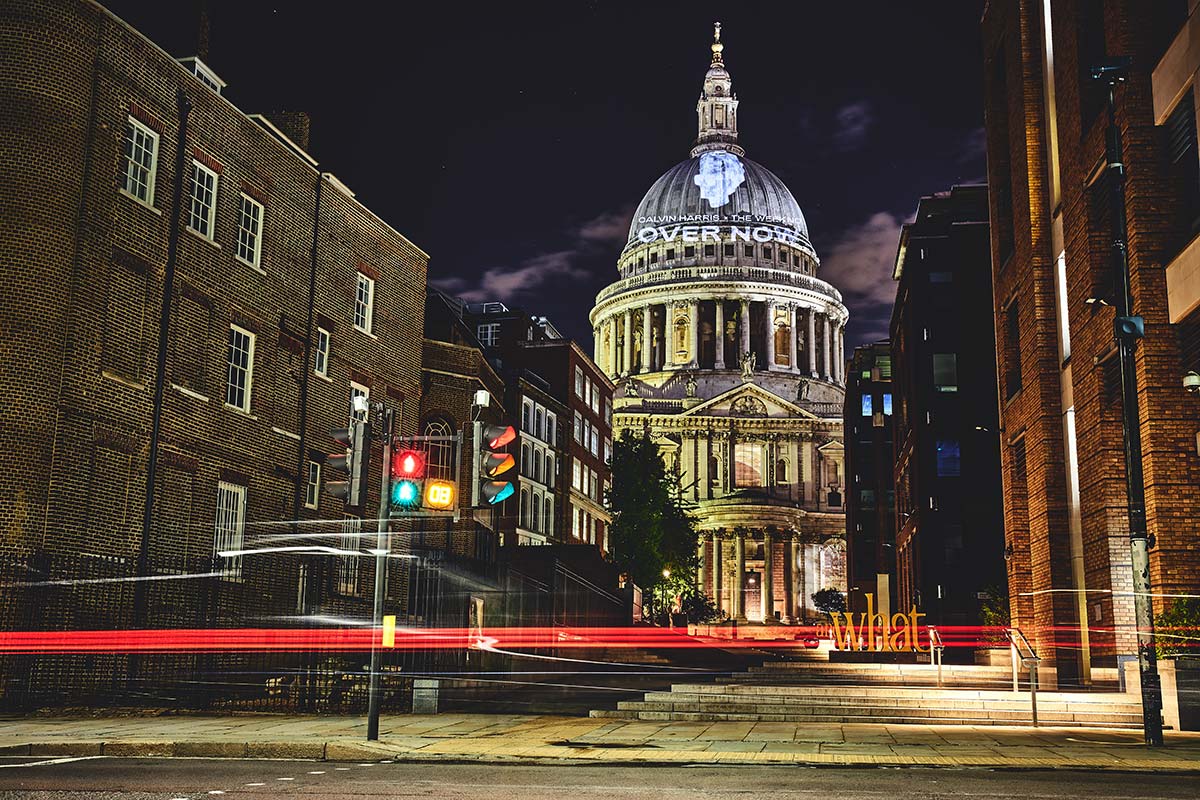 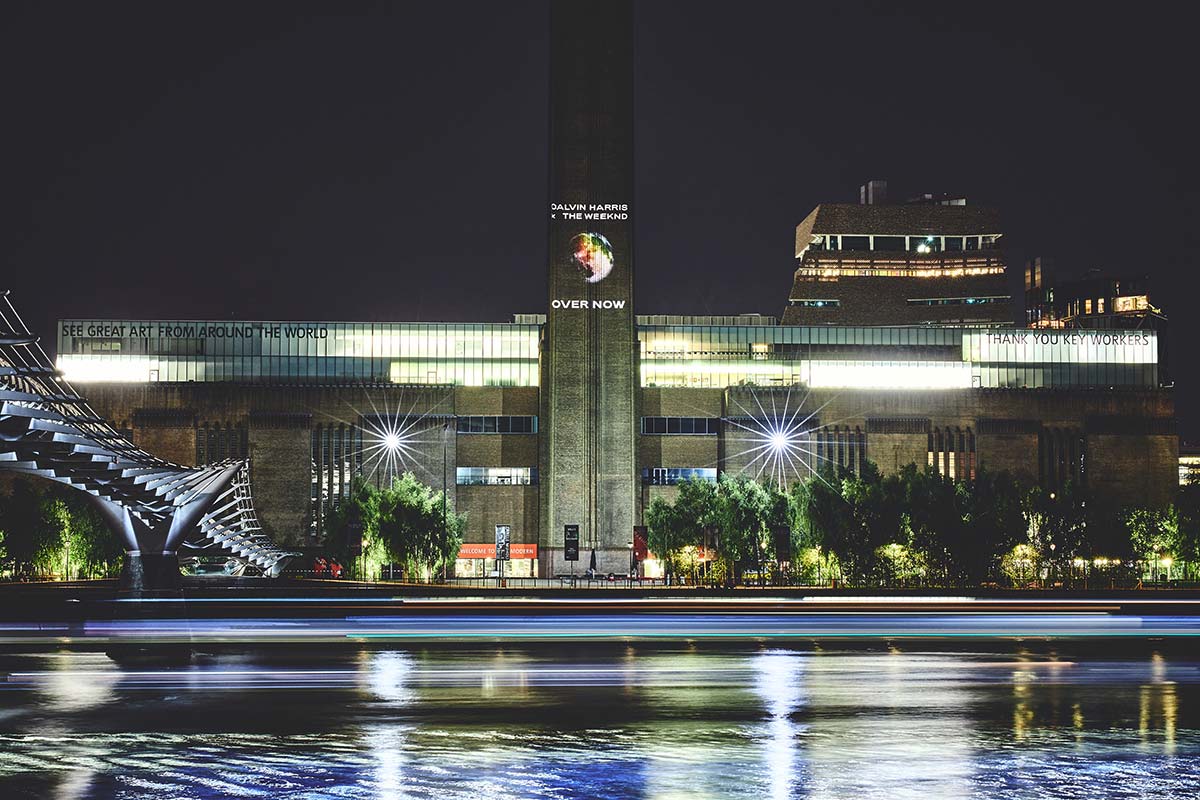 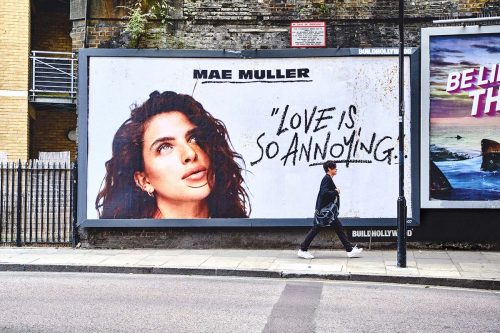 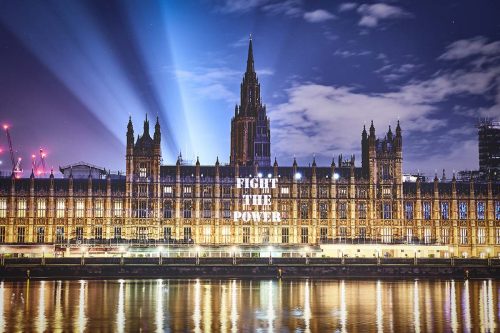