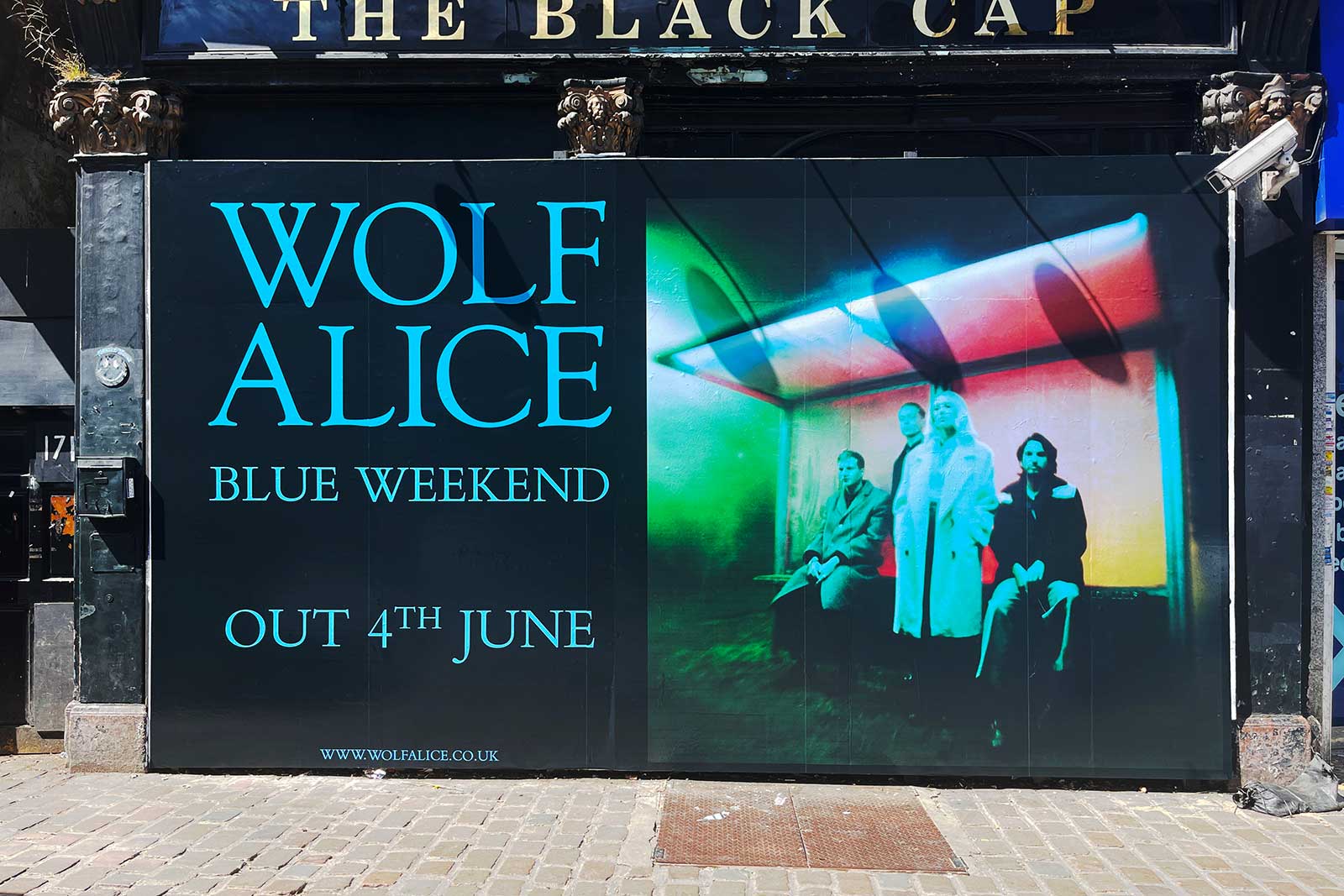 Wolf Alice are alt-music royalty. Making headway to festival headline slots, they’ve been firm fixtures on the circuit since springing onto the scene back in 2013. Now, Blue Weekend is out in the world – the band’s third album, also their first release in four years. Receiving widespread critical acclaim, with a full five stars from The Guardian and a notable 7.2 rating from Pitchfork, it’s also a triumphant first number 1 on the UK Albums Chart.

To launch Blue Weekend, we worked with Dirty Hit on a campaign featuring street posters, projections, and digital displays. The artwork spotlighted the album’s hazy, atmospheric artwork, alongside the band’s logo in a co-ordinating bright blue – it looked bold on sites in Birmingham, Bristol, Glasgow, London and Sheffield, plus as a head-turning vinyl mural on our site by The Black Cap in the heart of Camden. 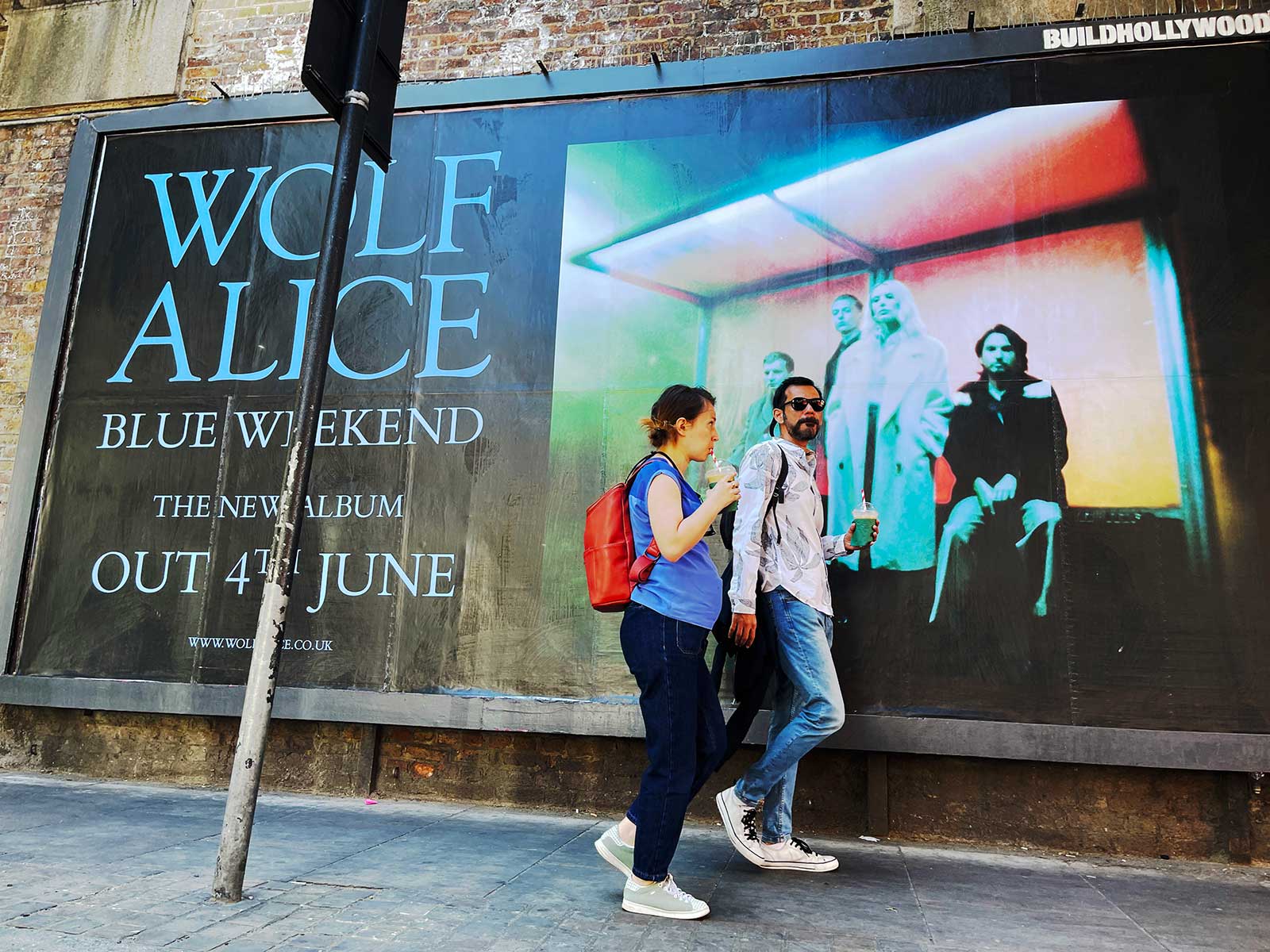 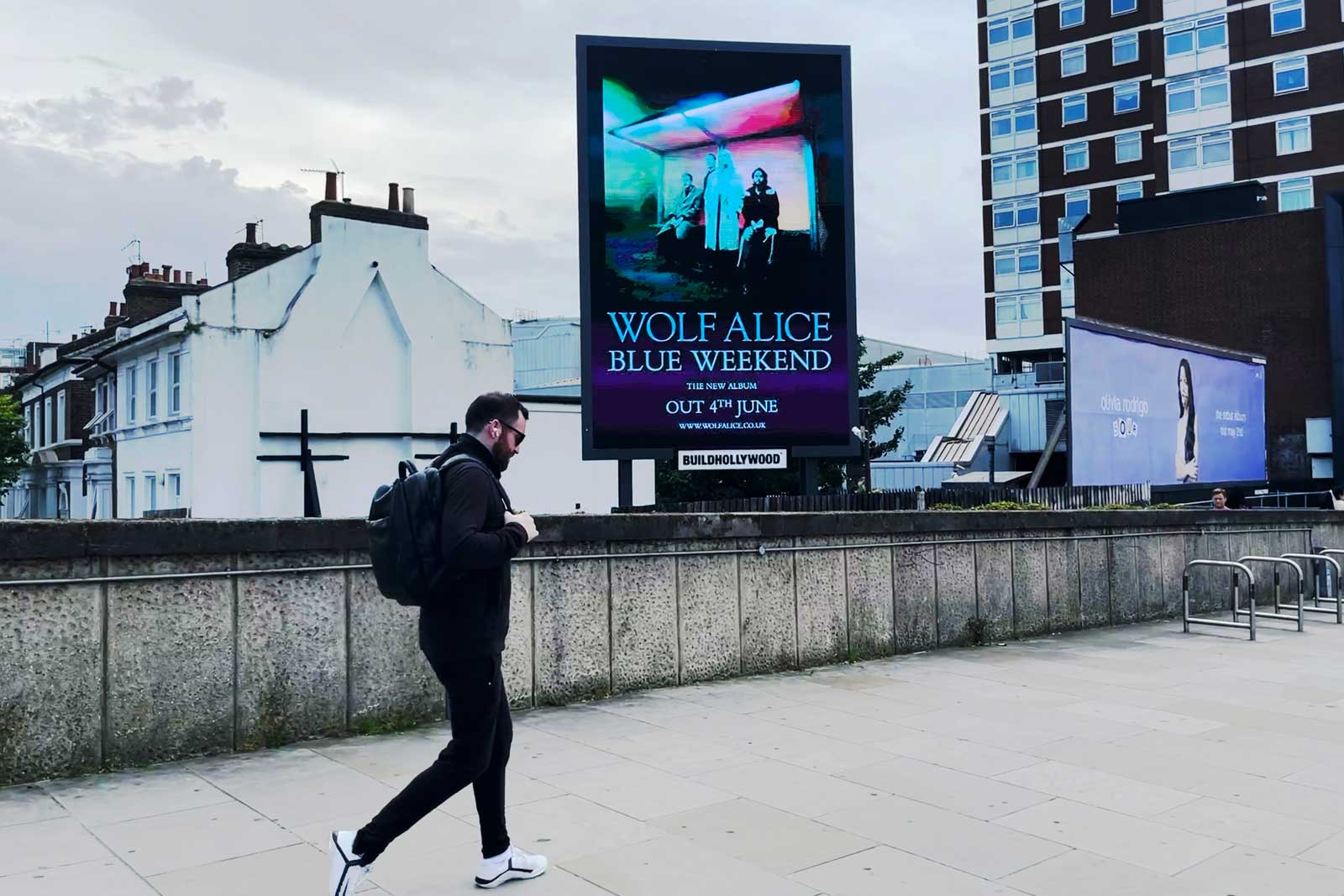 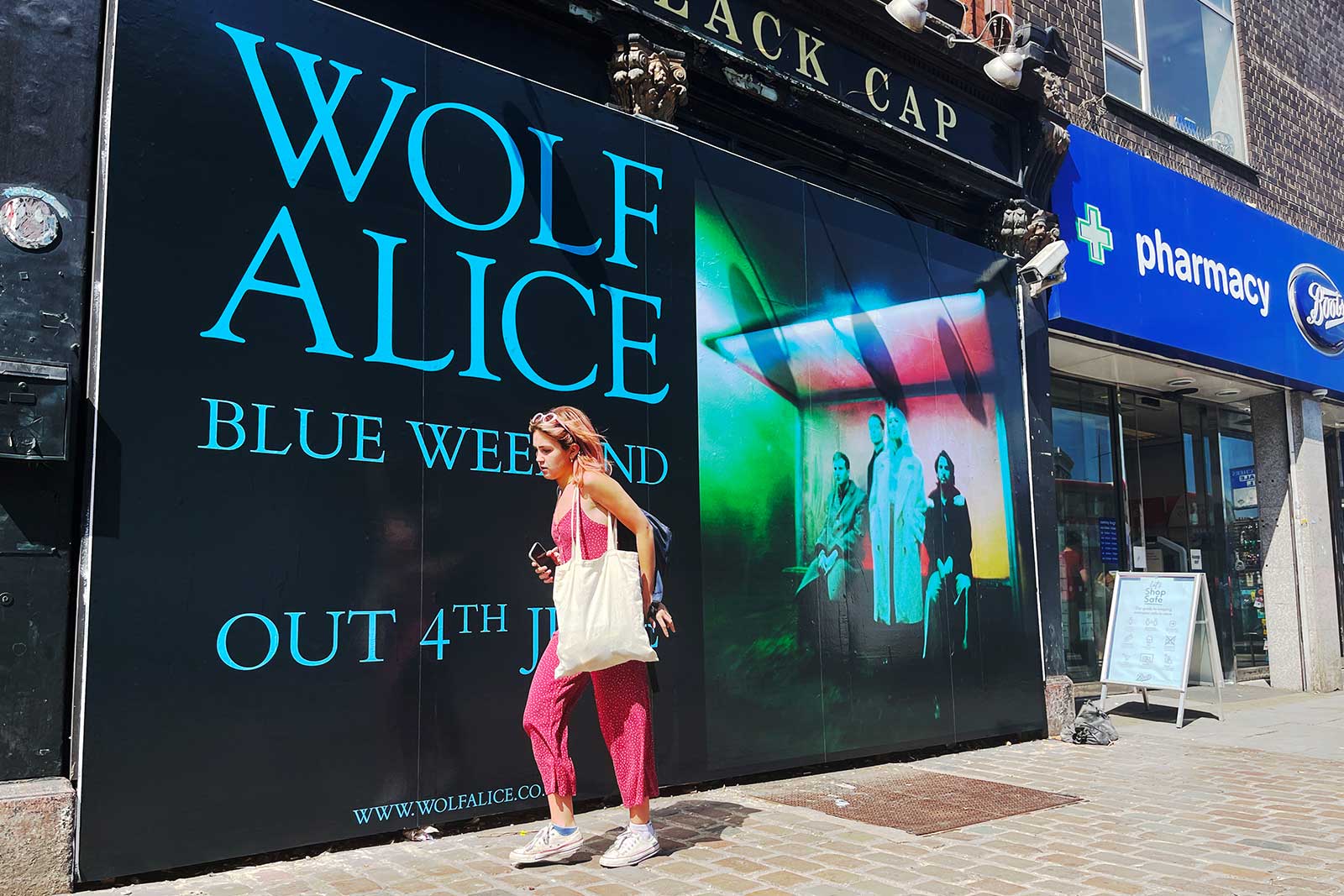 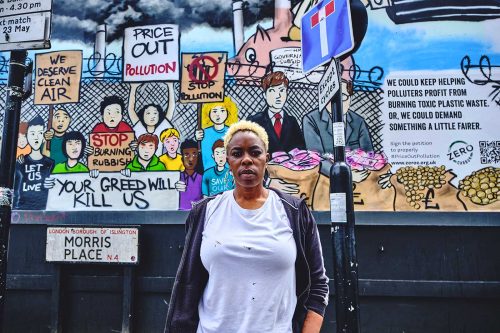 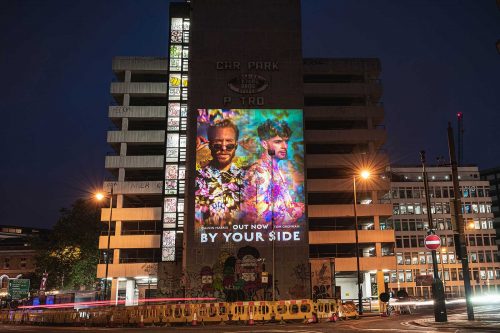