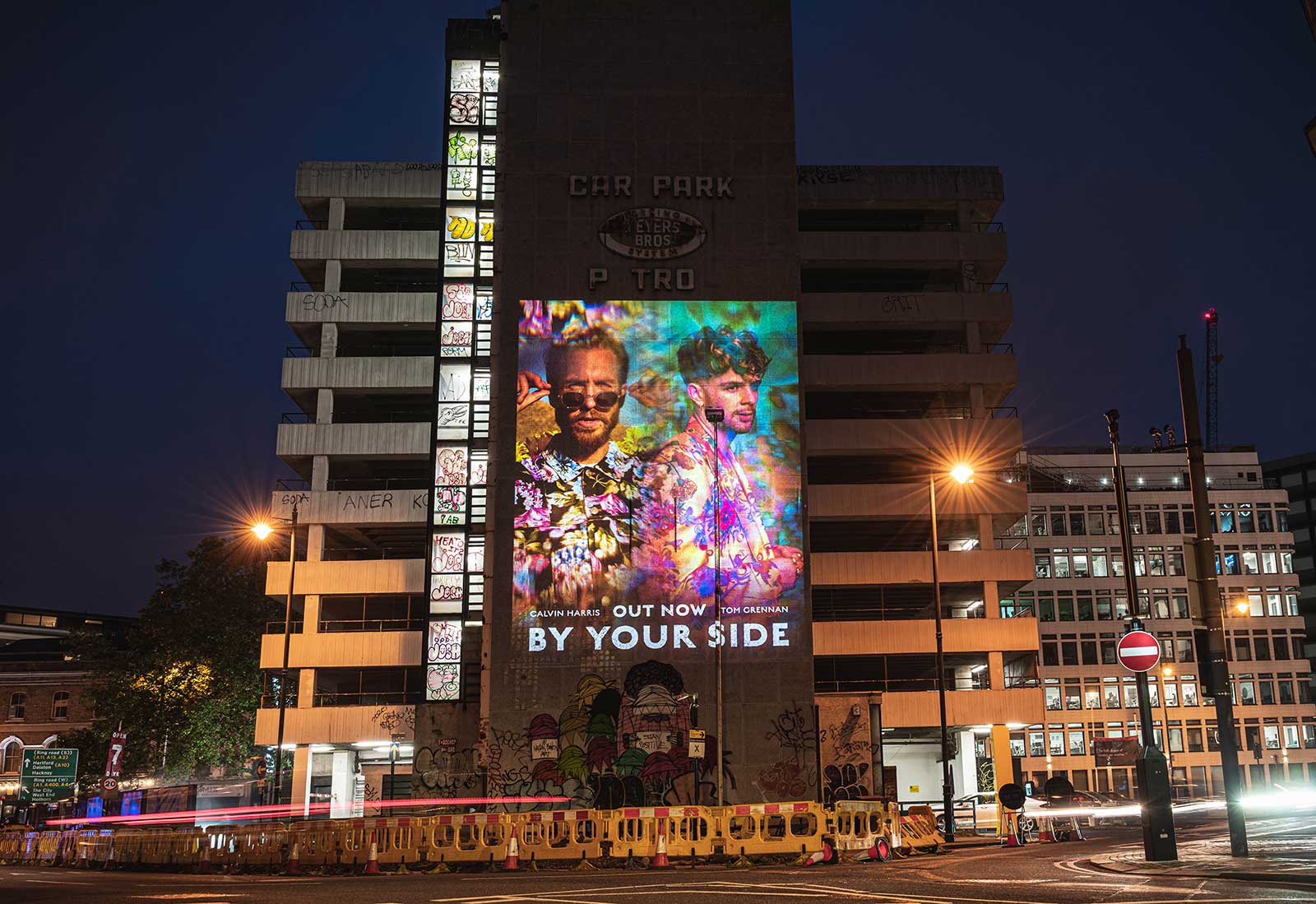 Hailing from Dumfries, Calvin Harris has nurtured a music career that’s seen him top charts, headline festivals, go platinum on multiple occasions, and become one of the world’s most successful DJs. As a producer, he’s known for songs that are synonymous with having a good time, and his newest single – a collaboration with Tom Grennan – is no different.

In celebration of the release of By Your Side, we teamed up with Columbia Records to project a kaleidoscopic artwork (inspired by the single’s cover) onto landmarks across London. As cool and colourful as the song itself, the projections proved to be popular on both Calvin and Tom’s Instagram accounts, racking up tens of thousands of likes. 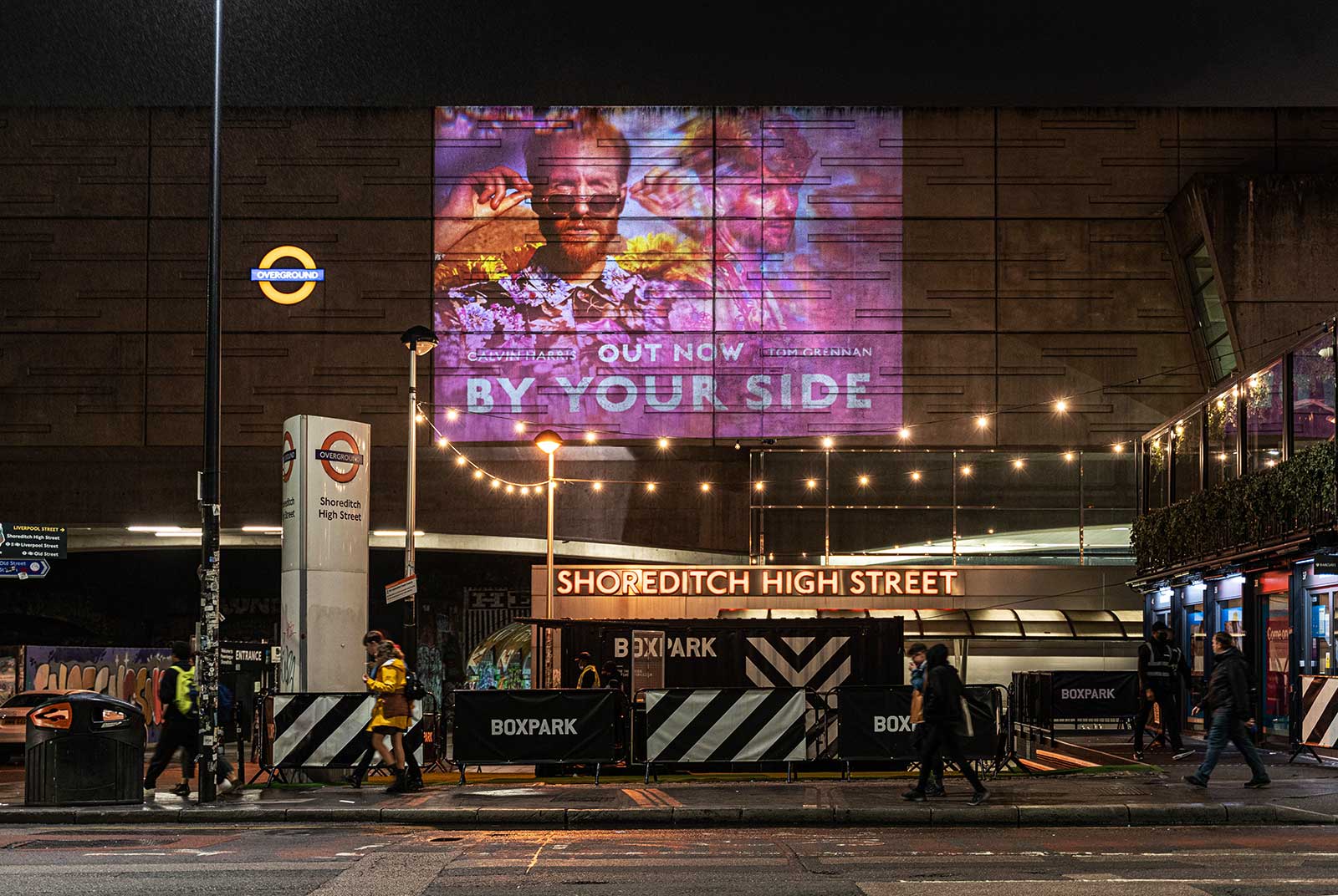 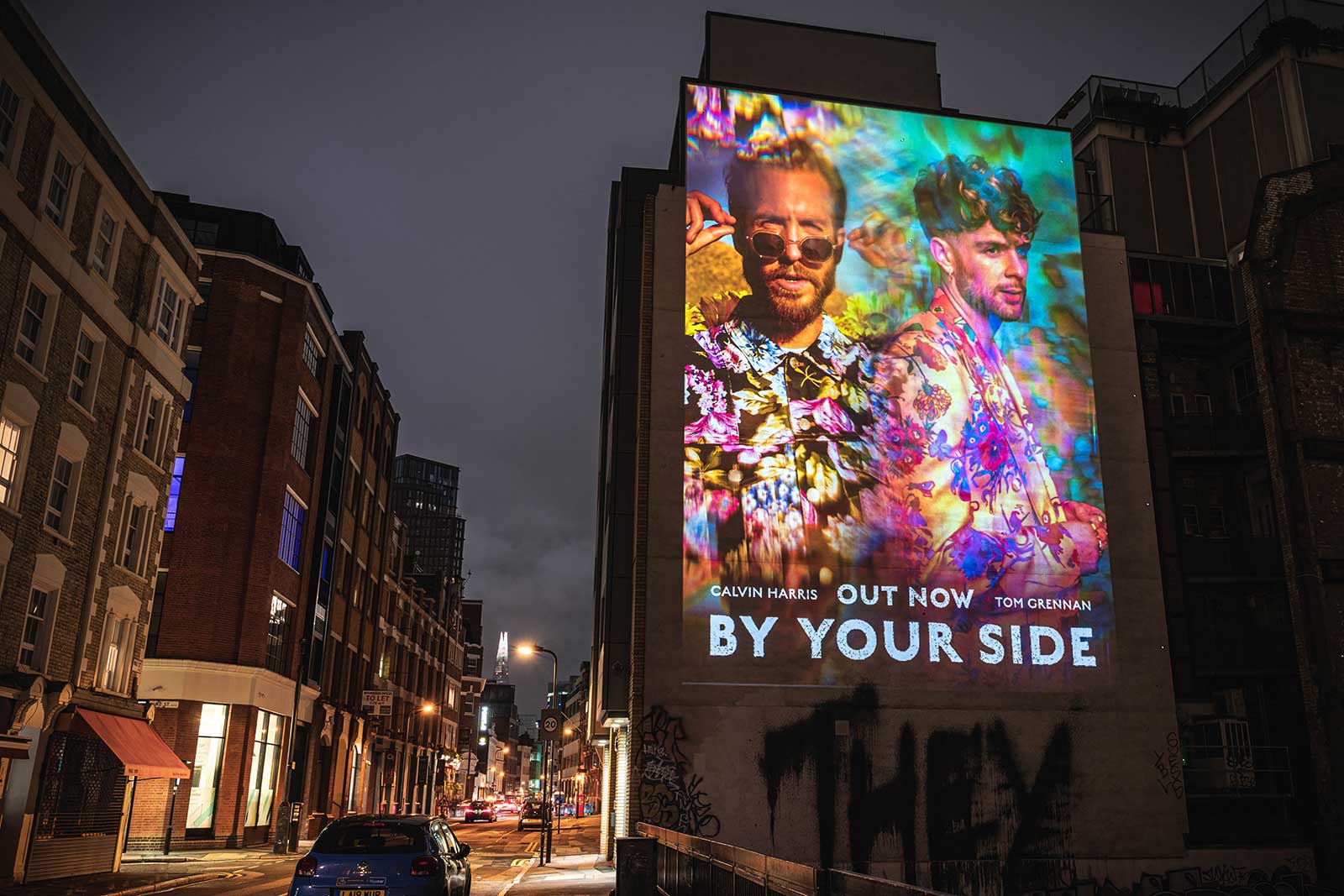 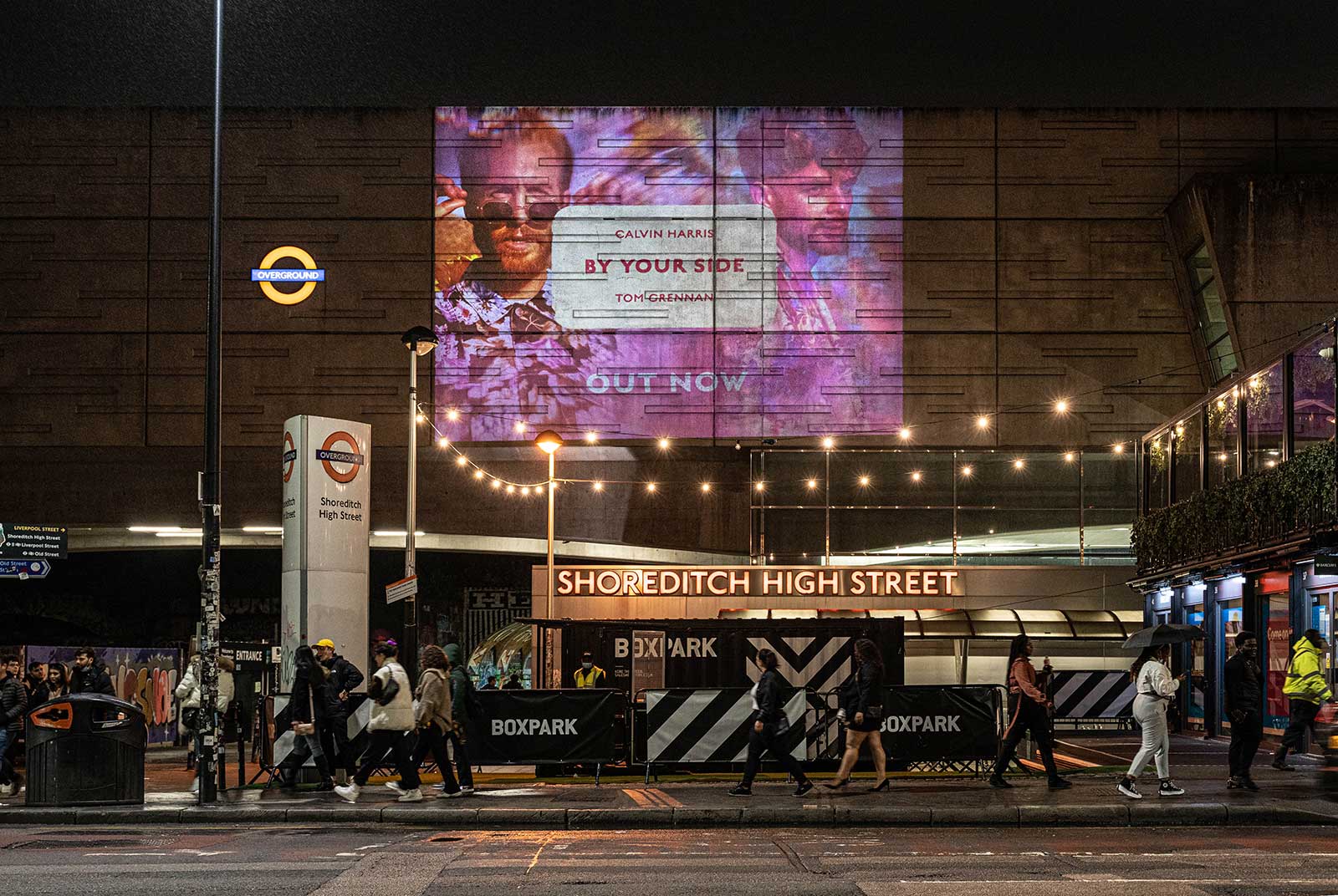 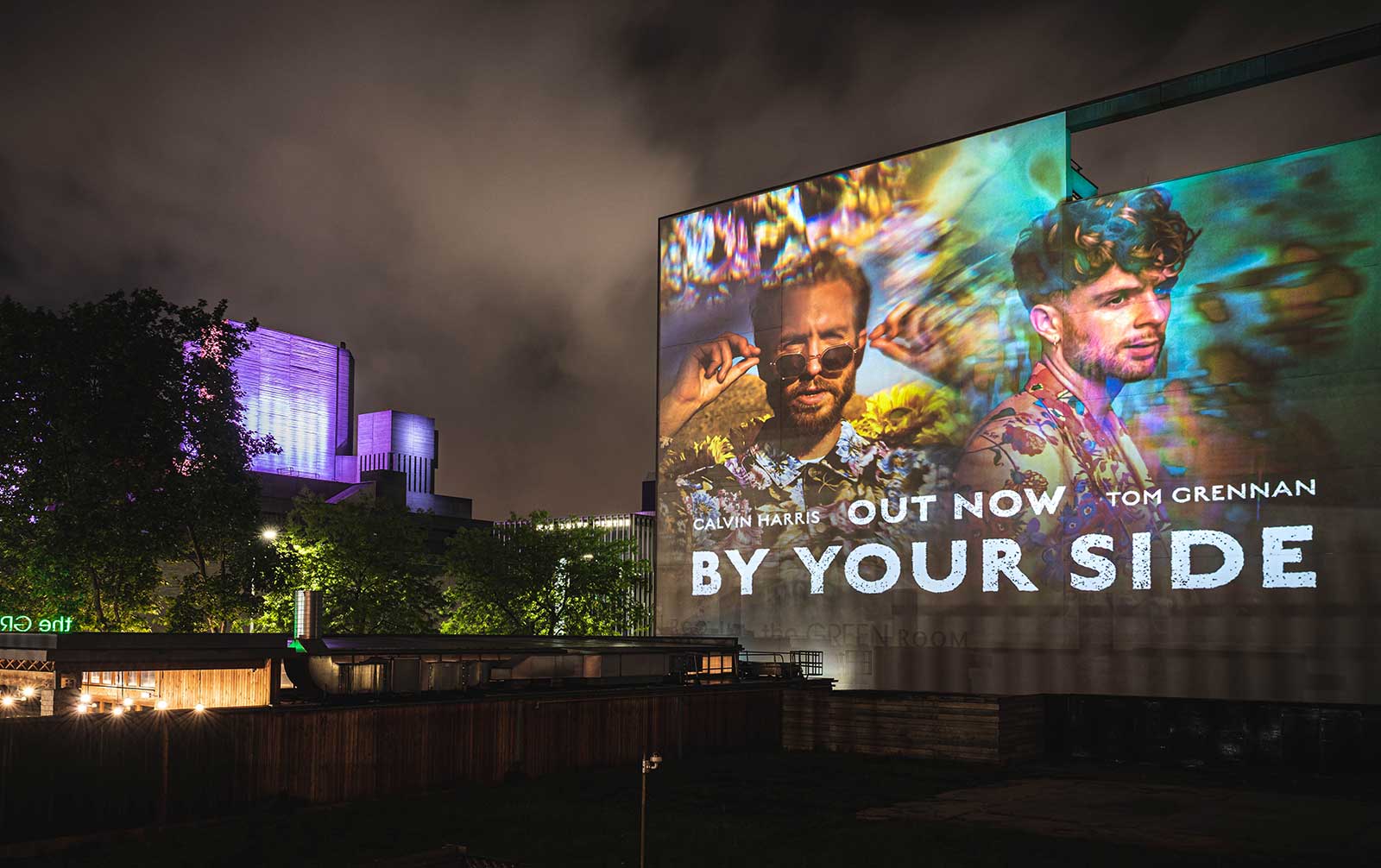 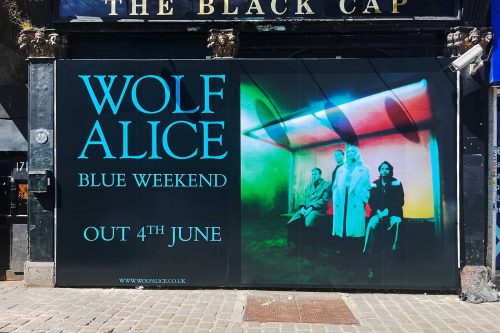 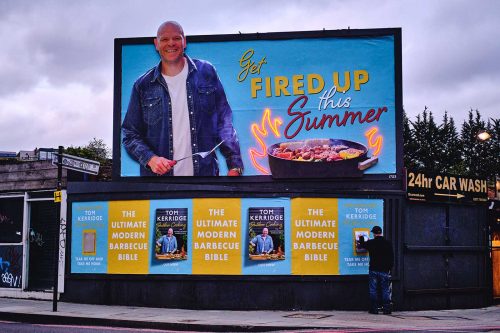