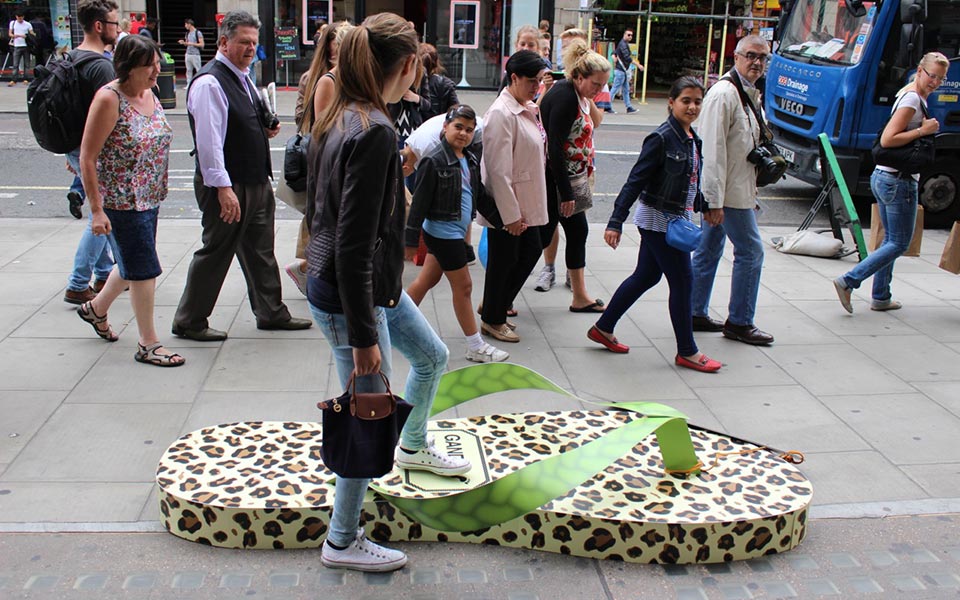 To mark the launch of its flagship London store on Oxford Street, USC appointed Gandy’s to be its brand partner, since the date of the opening coincided with International Flip-Flop Day.

USC wanted to take advantage of this iconic date, to generate awareness and drive footfall into its new Oxford Street store. When USC approached Jack, we had the perfect solution. To create awareness and intrigue, the Jack team hit the streets with a giant Gandy flip flop, which was placed in high traffic locations around London. Commuters couldn’t really miss the super-sized flip-flop, as it stood out like a sore toe, so to speak!

To assist in the discovery and to drive footfall in-store, we executed a celebratory treasure hunt, placing 150 pairs of Gandy’s finest creations in random locations around London for commuters to find and redeem for a free pair at the USC Oxford Street store. Clues were scattered around town, and throughout the day, there were twitter updates from the @USCfashion account, revealing the secret locations.

The Jack team, loved working on this campaign, especially when it brought a smile to so many commuters who spotted the giant flip-flop, and to those that managed to win a prize in the treasure hunt. It was a great campaign that really brightened up the working day. 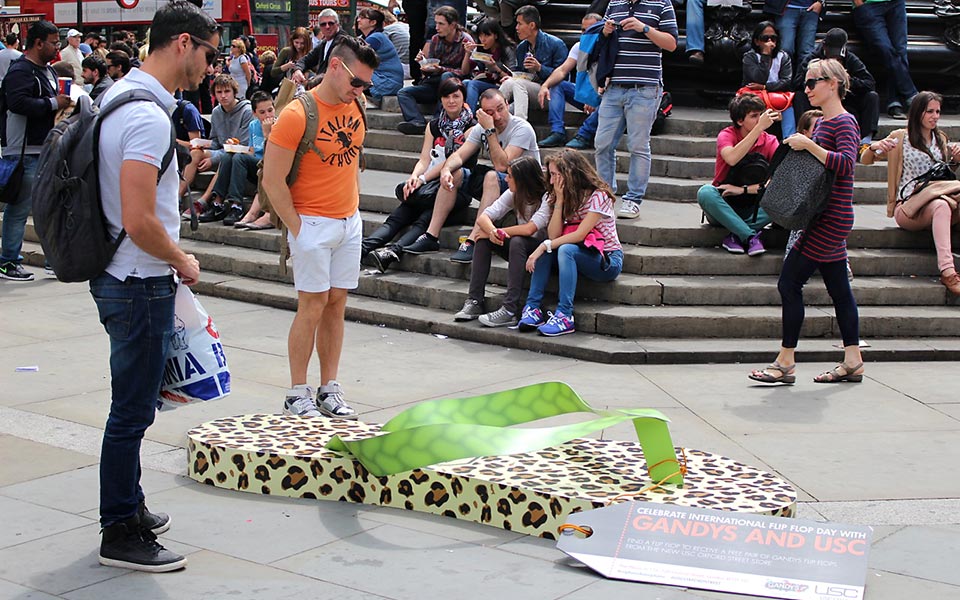 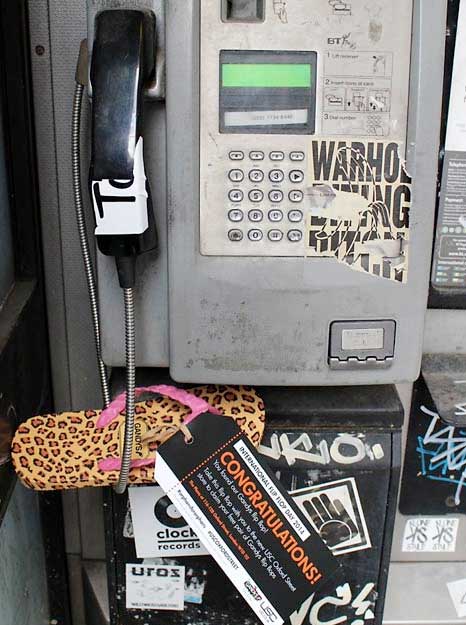 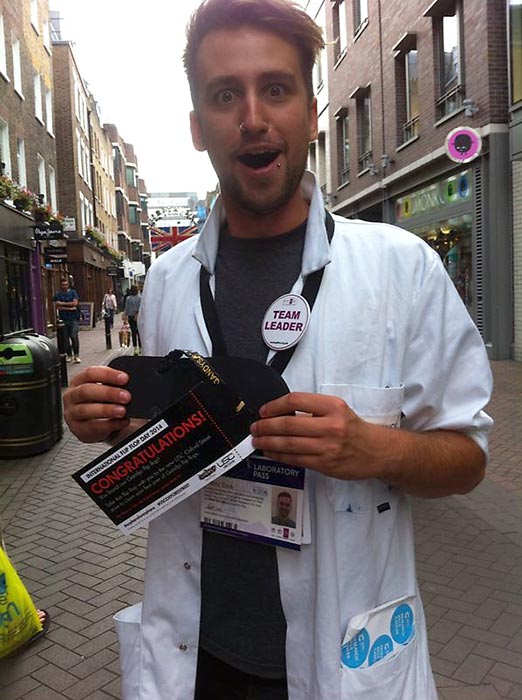 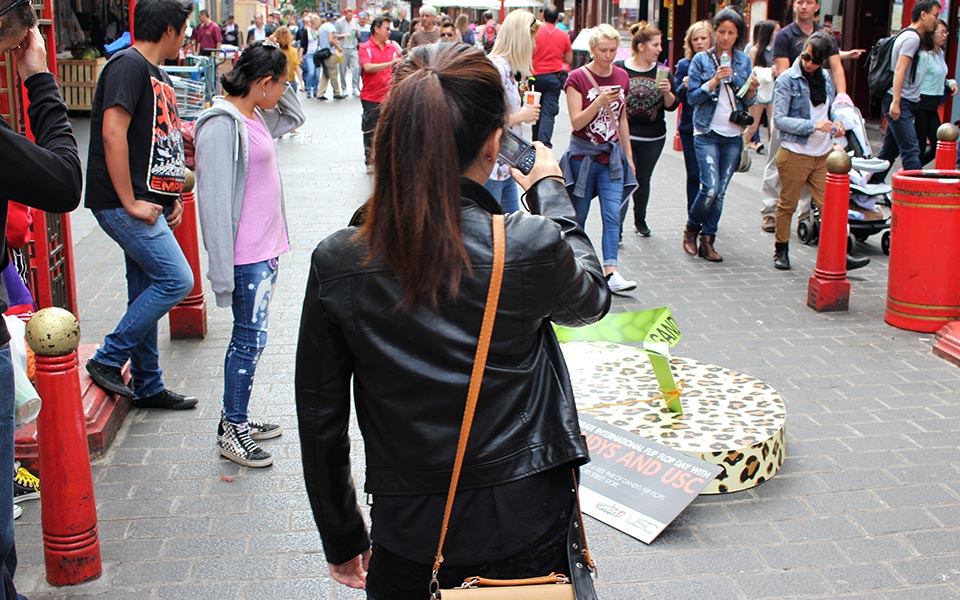 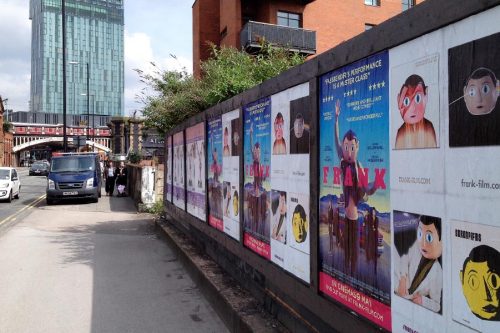 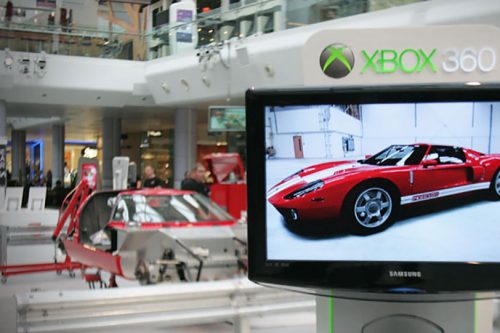