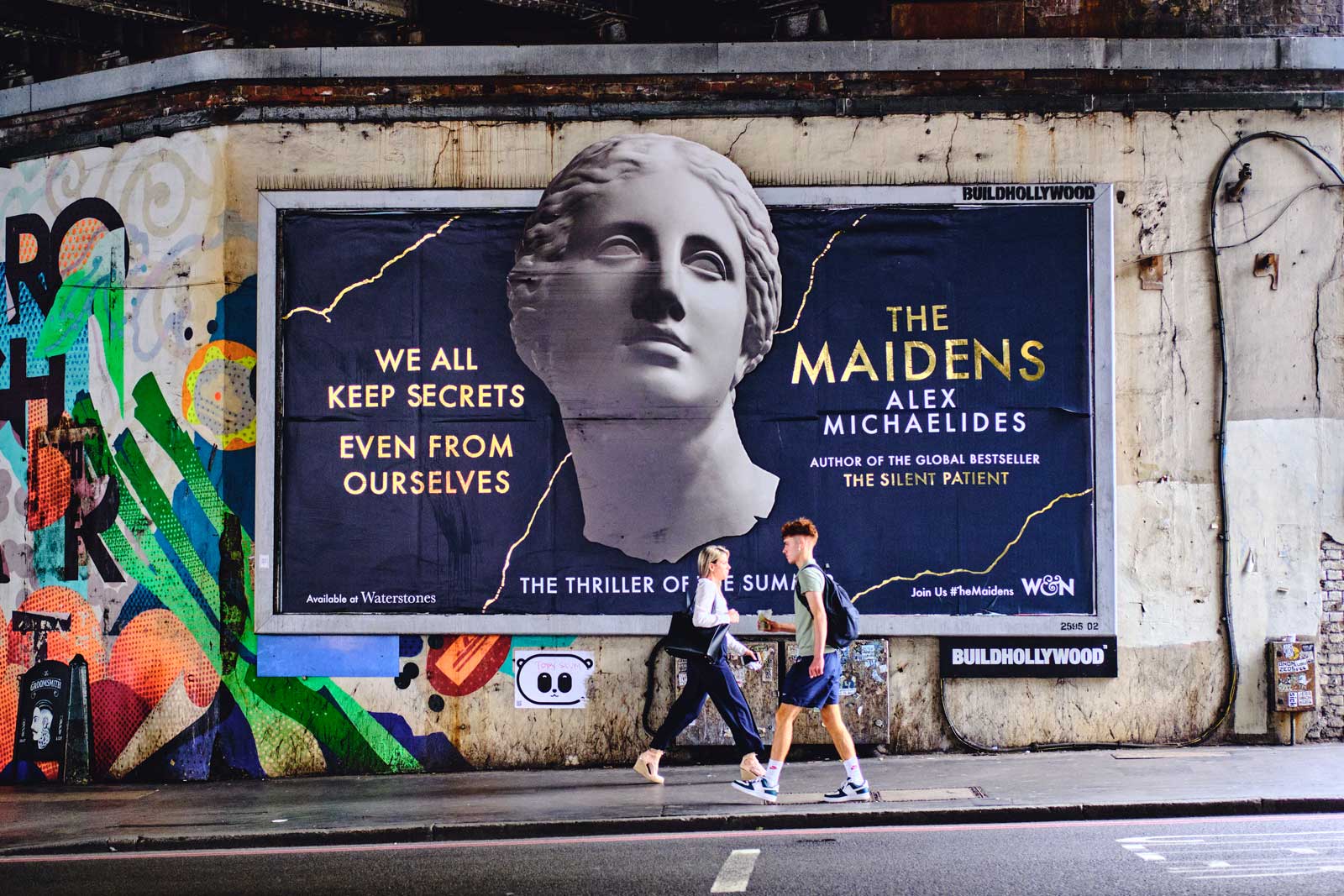 After storming both New York Times and Sunday Times bestseller lists with his debut novel The Silent Patient, the release of Alex Michaelides’ second novel, The Maidens, was justifiably met with huge anticipation. With the author’s talent for penning a page turner, it was only right that “the thriller of the summer” got a launch that would turn heads.

We worked with Orion Publishing to bring The Maidens to London. Crafting a 3D creative billboard modelled in the shape of an ancient statue alongside shiny gold lettering, it grabbed attention on the streets, taking inspiration from the gilded and grand novel. It also provided the perfect way to raise the book’s profile on Instagram – with both Orion Books and the author sharing it to their tens of thousands of followers. 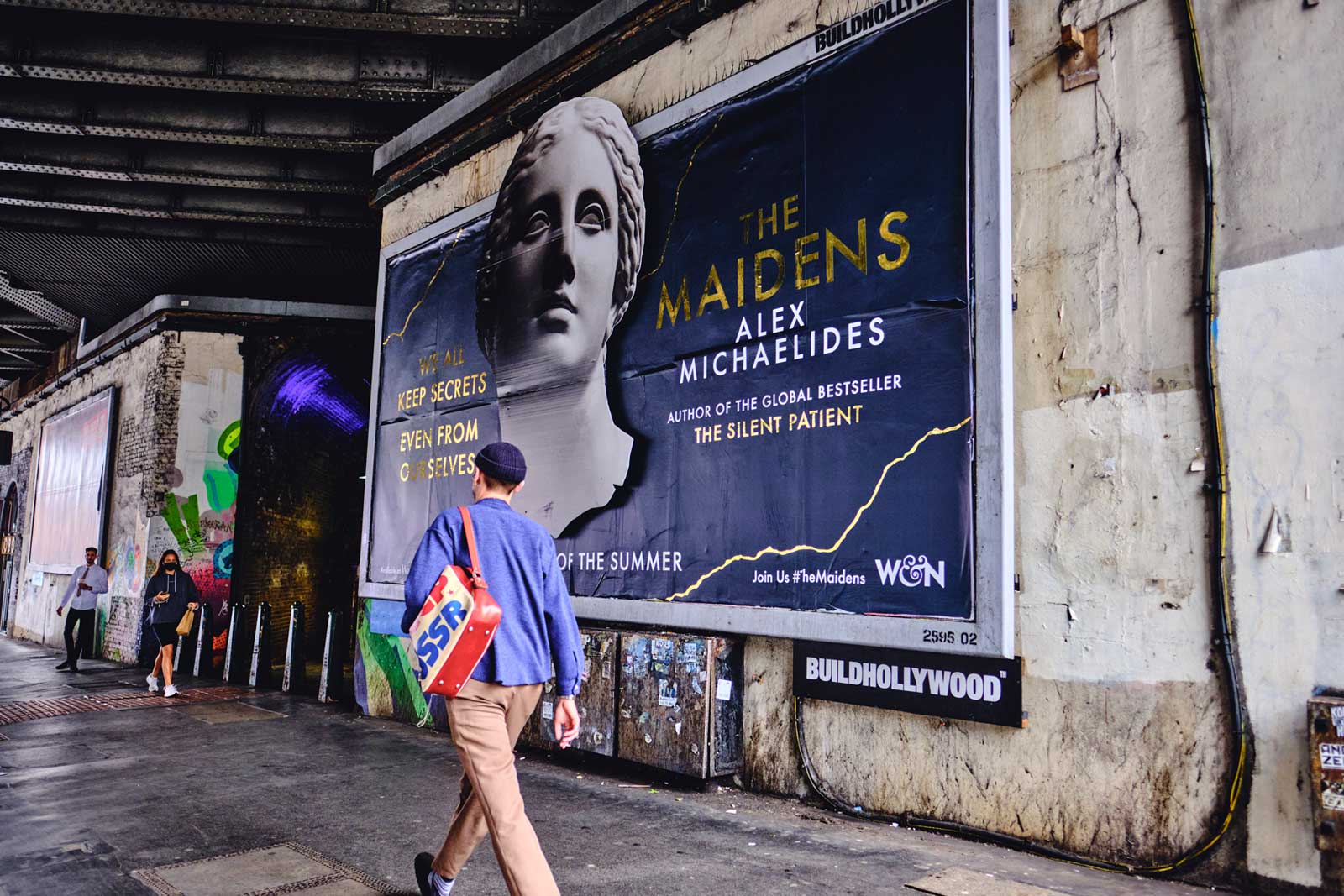 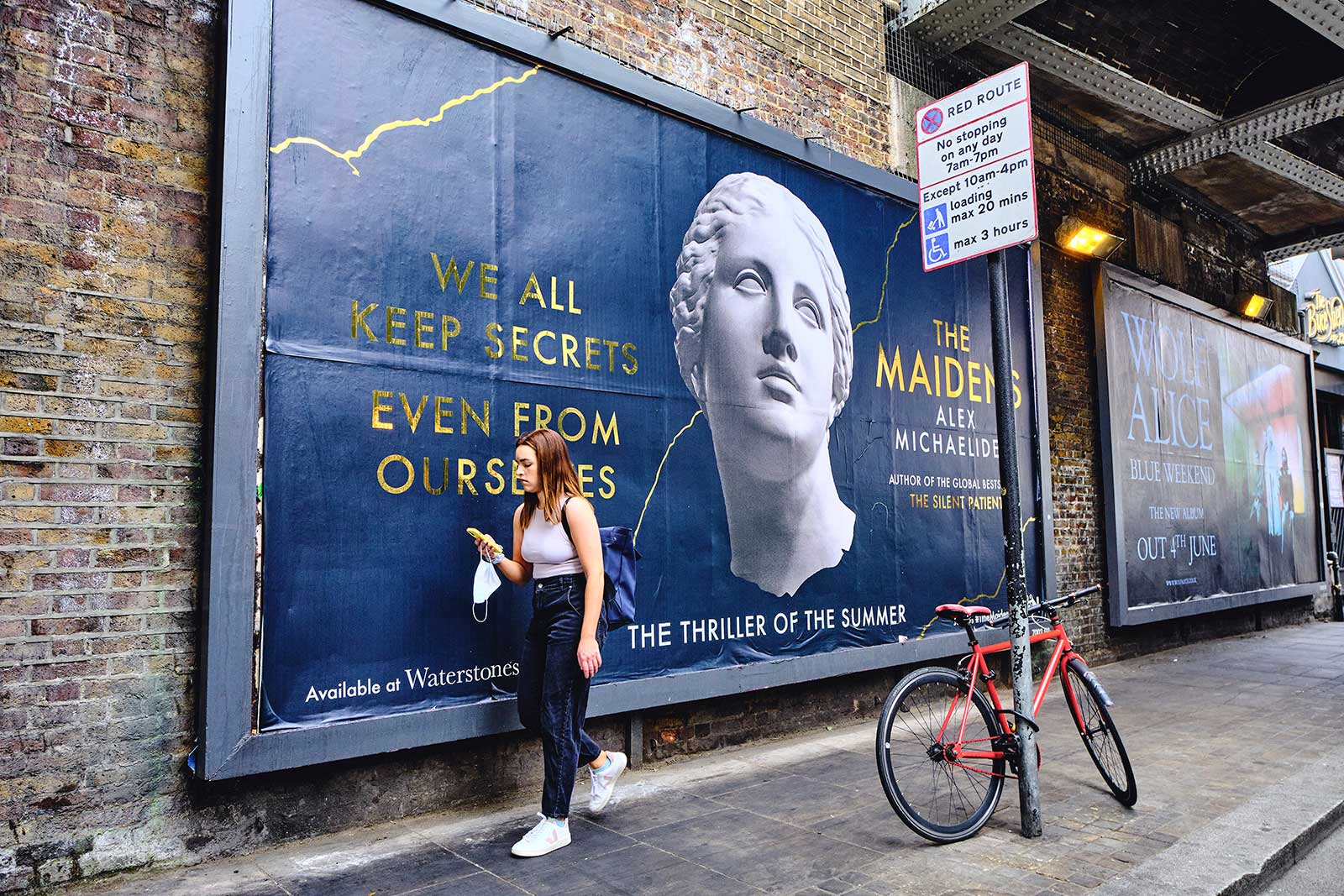 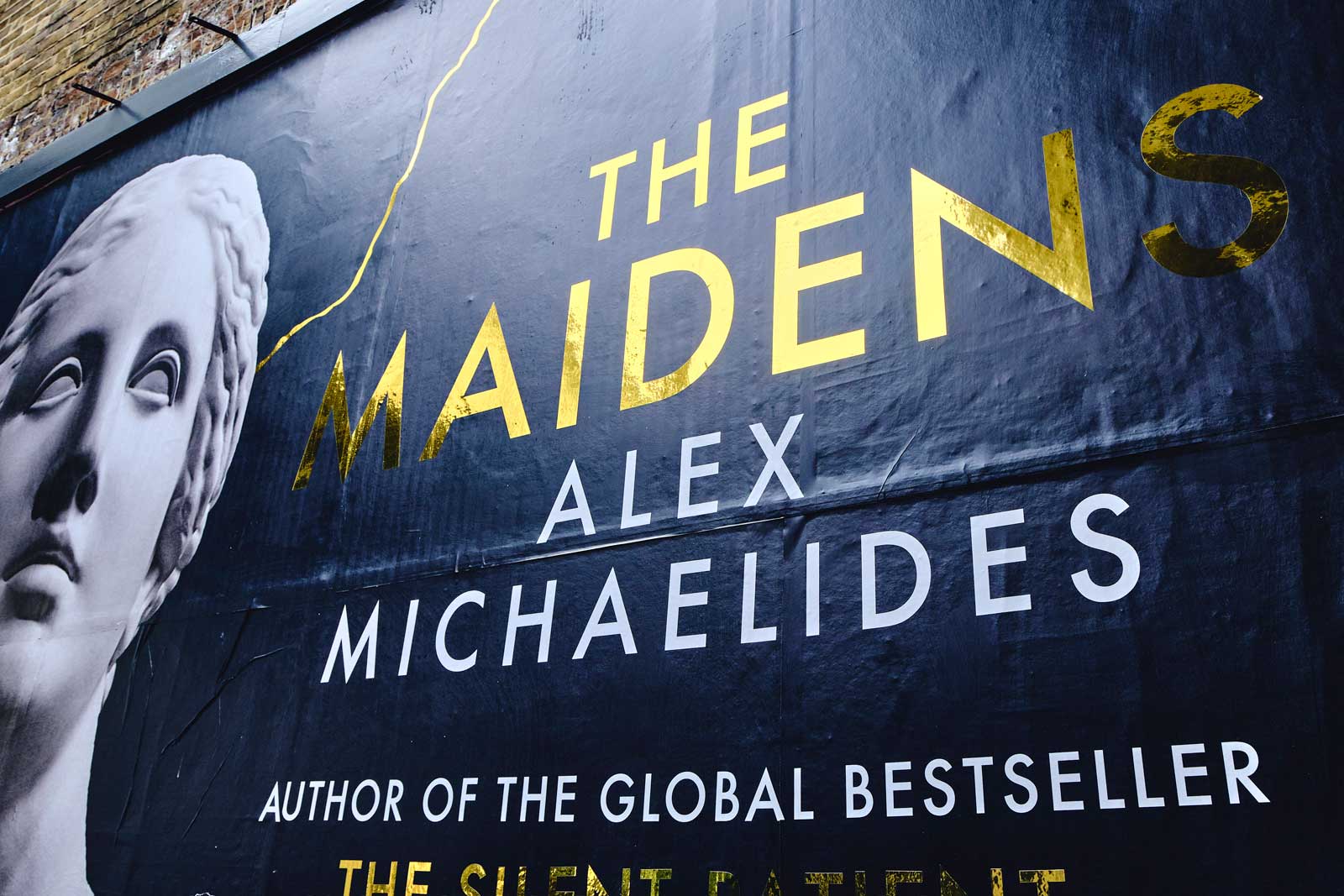 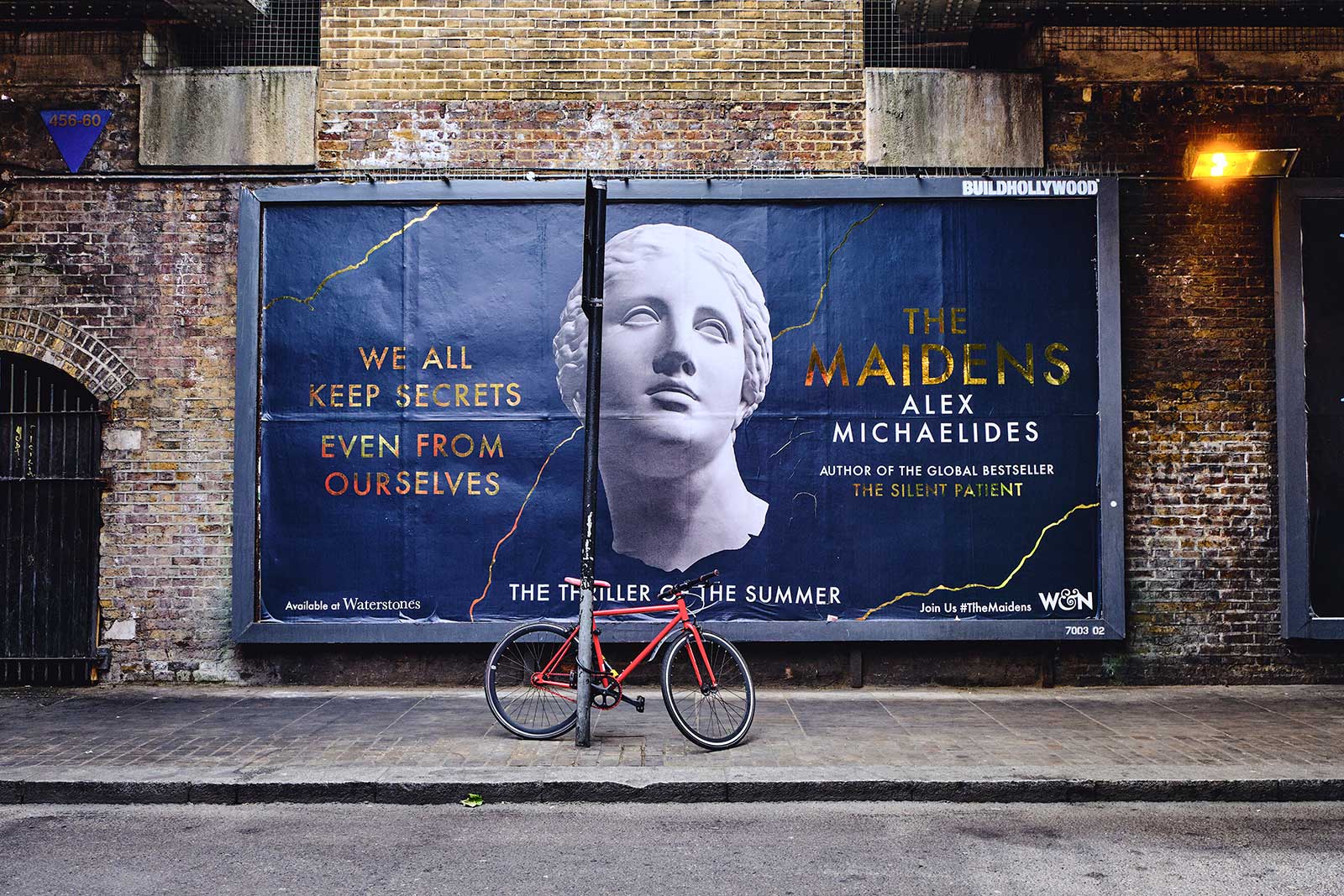