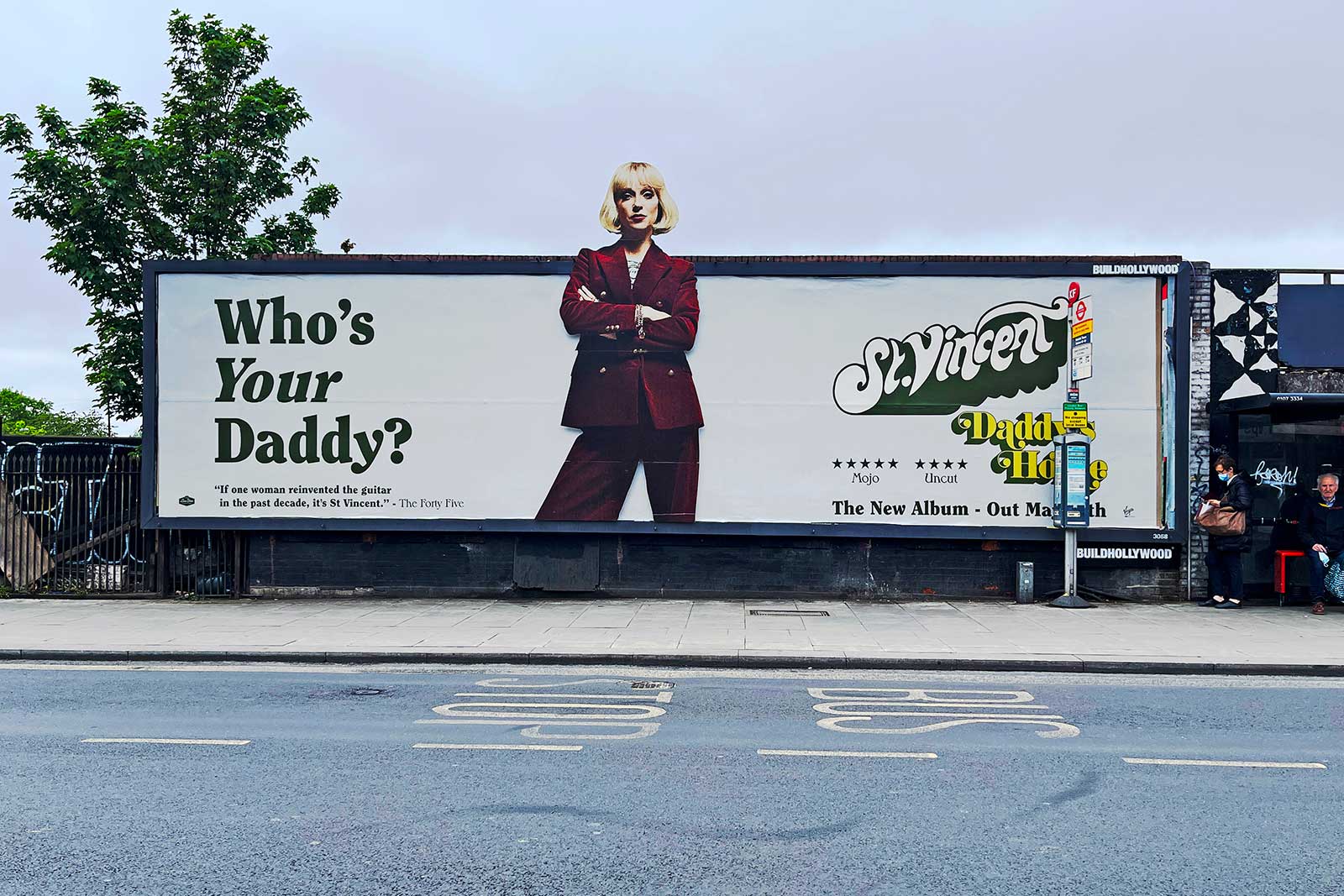 St. Vincent is something of a conceptual queen, delving into new musical territories and a refreshed aesthetic for every release. Her newest album takes on a 1970s slant with inspiration coming from the tunes her father used to play her as a child – Daddy’s Home is yet another triumph for her ever-evolving artistry. Much like St. Vincent’s earlier releases, the album has received huge praise from critics, and debuted at number 4 in the UK Albums Chart.

To celebrate the release of Daddy’s Home, we teamed up with Virgin to bring the album to London’s streets, with 4 sheets and a spectacular 3D special build on our Kentish Town 96 that dominated the street space. The giant cut-out of St. Vincent herself was accompanied by retro typography, perfectly echoing the album’s undeniable presence and velvety seventies vibe. 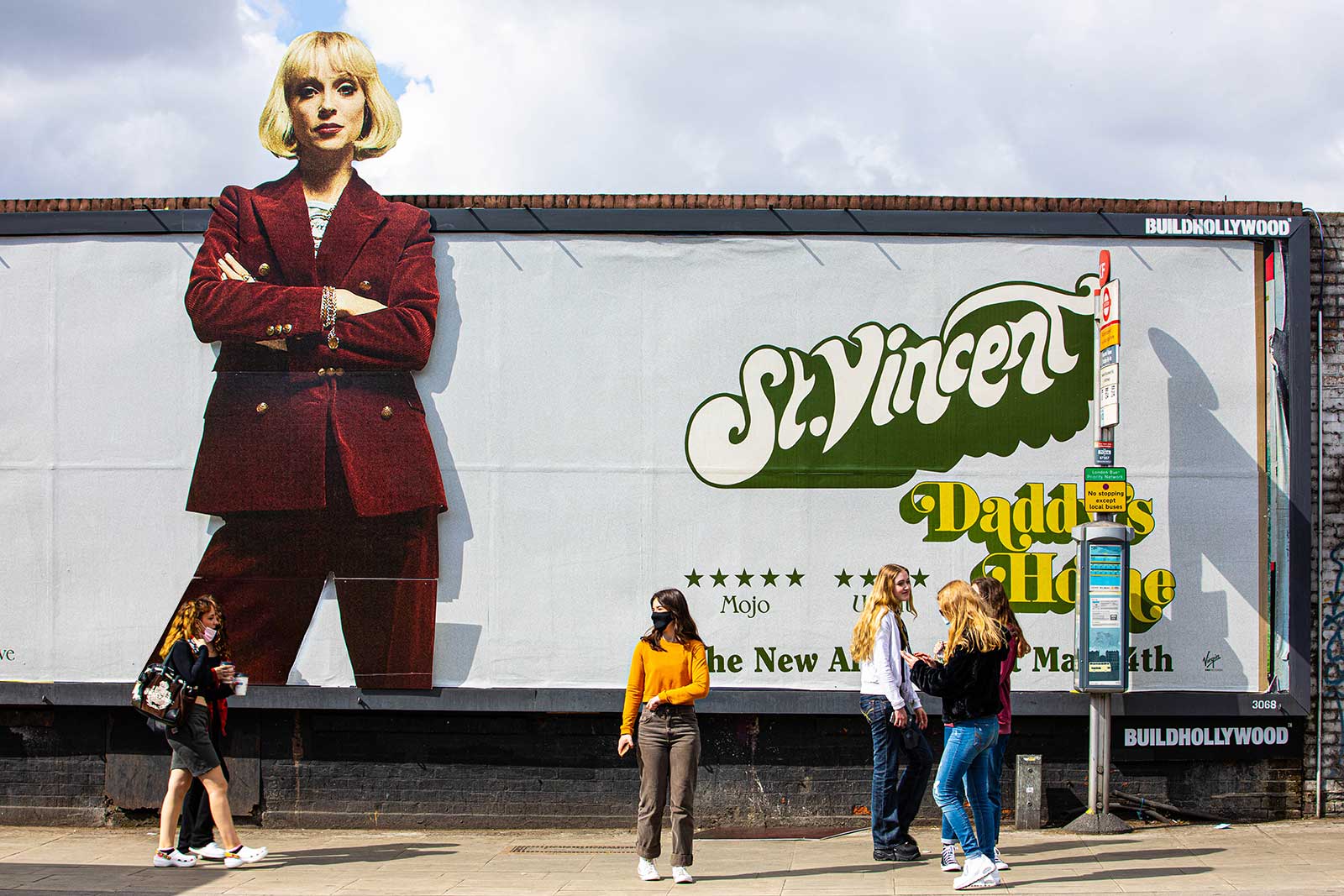 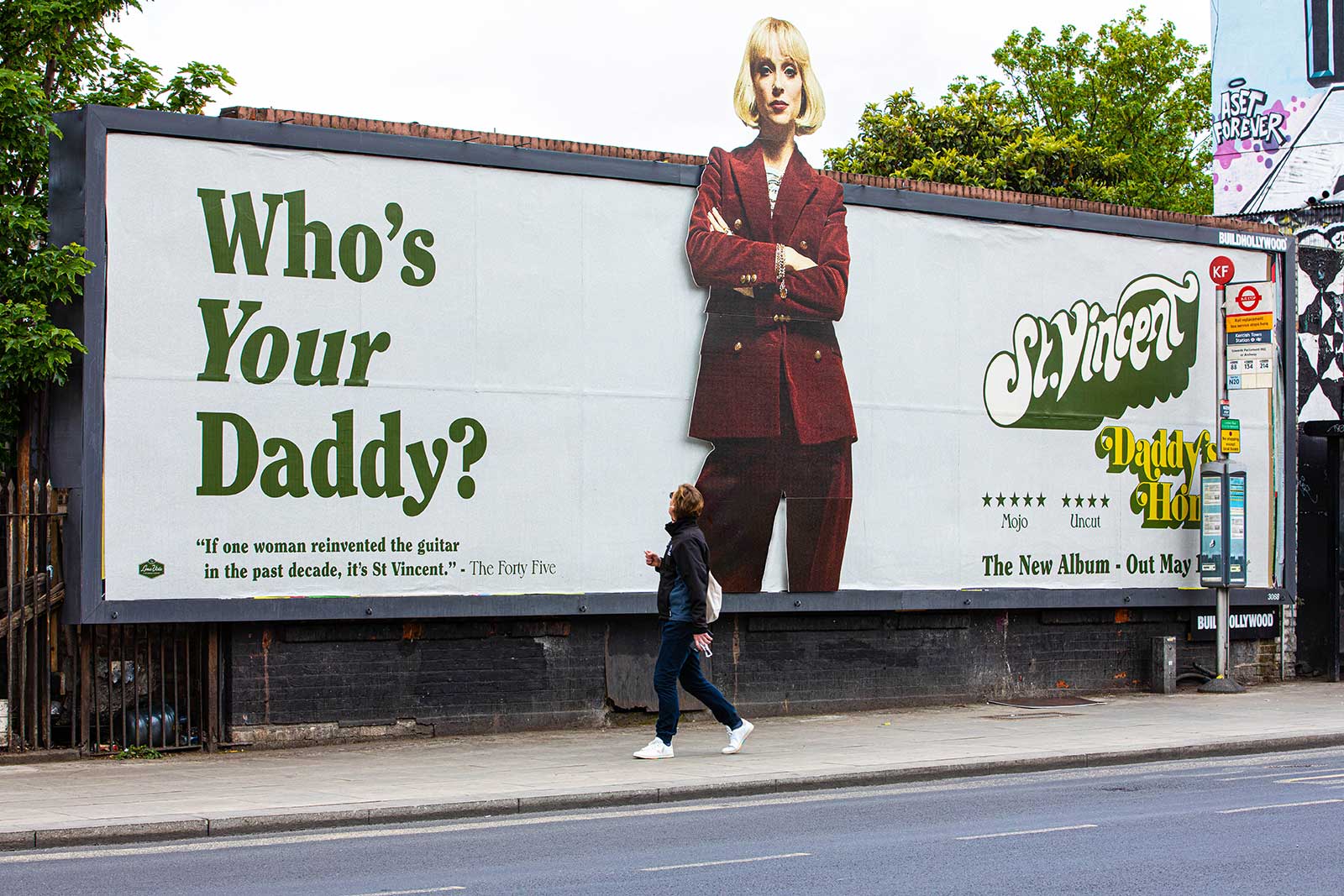 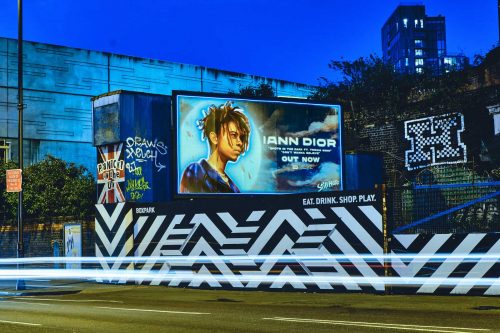 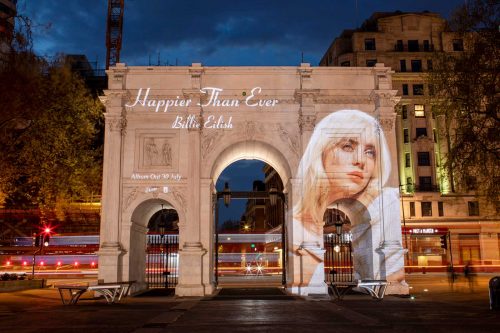