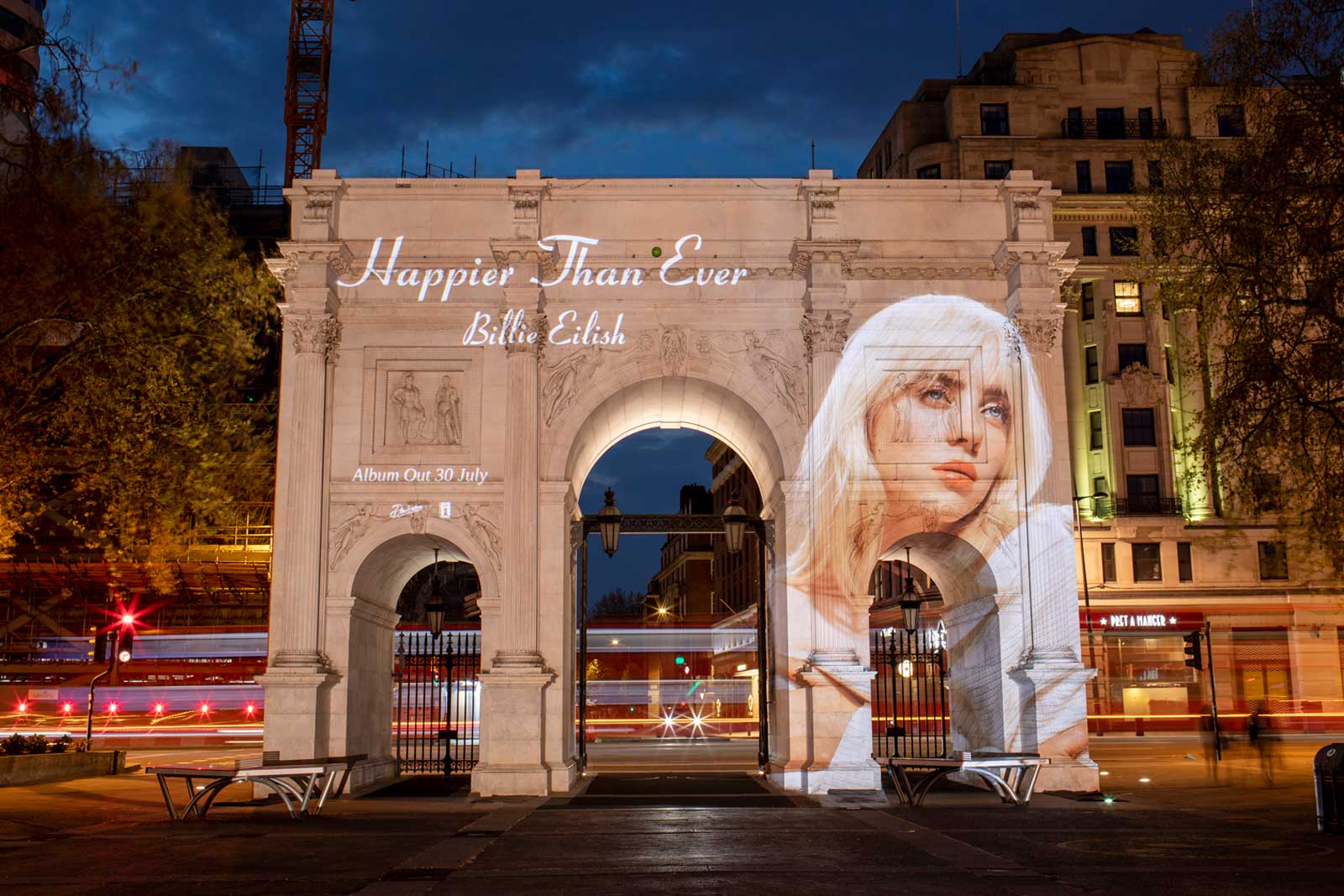 Billie Eilish is a certified superstar – her talent has seen her top charts all over the globe, win an impressive hoard of Grammy’s (seven to be precise), and hold two Guinness World Records – all by the age of 19. Any news of new music from Billie is rightfully met with a media frenzy, so we worked with Polydor to bring the announcement of her sophomore album to the streets in the monumental fashion it deserved.

The announcement of Happier Than Ever saw us take its serene album artwork to the streets of London, Glasgow, Birmingham and Cardiff. With a takeover of our Kentish Town 96 and projections on London’s best-known landmarks, the campaign created a huge buzz, with Billie even posting it on her own Instagram – receiving a cool 5.9 million likes. 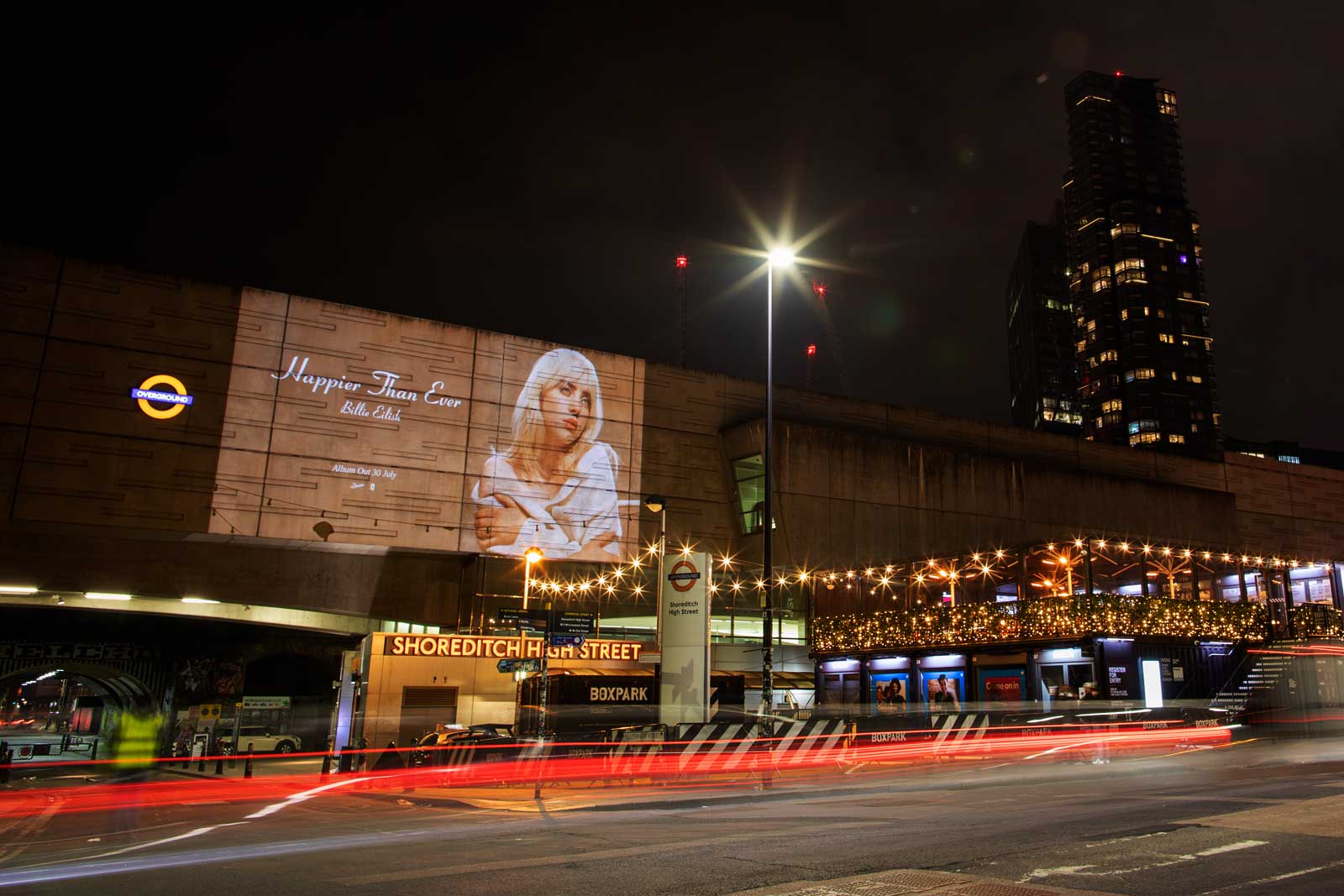 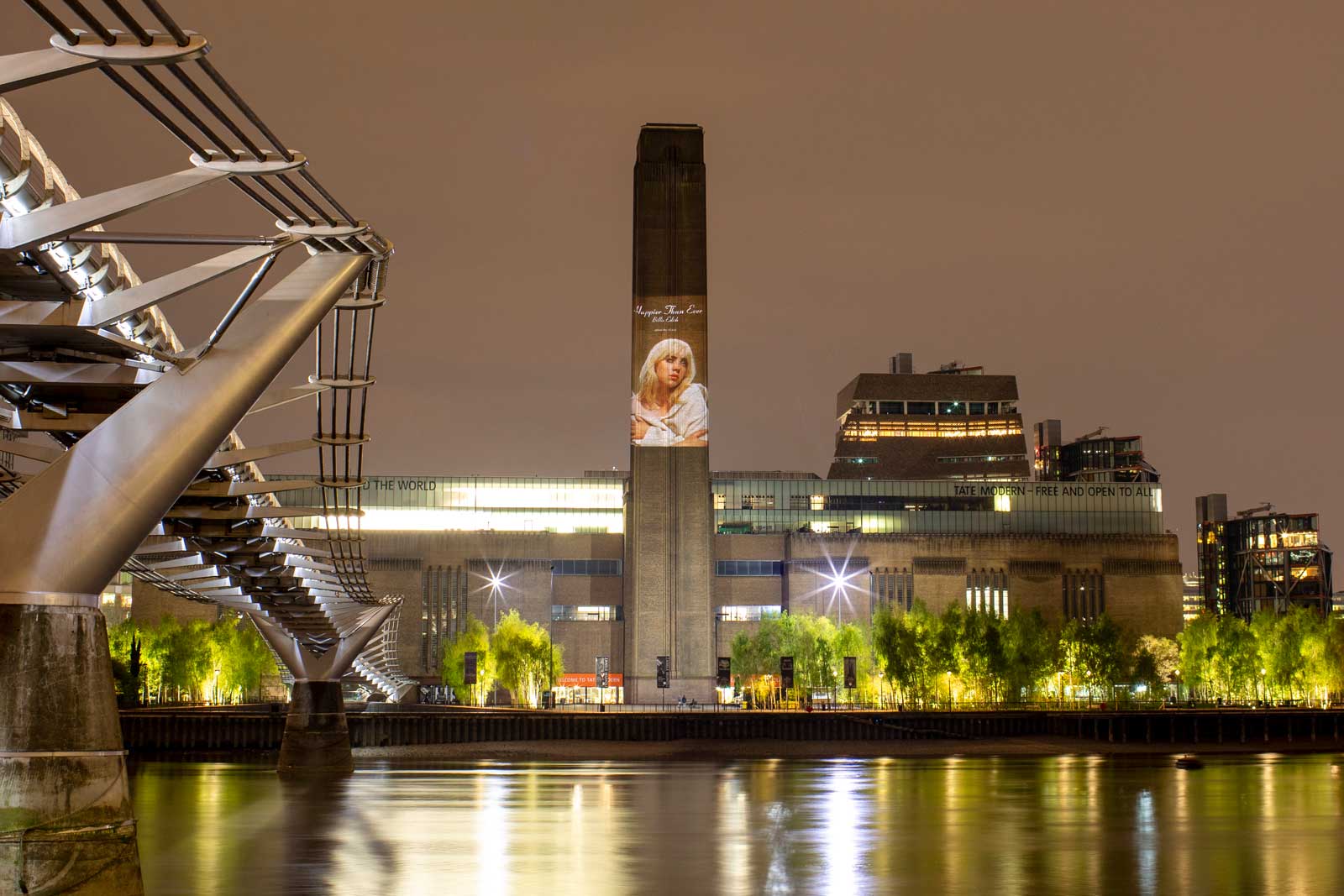 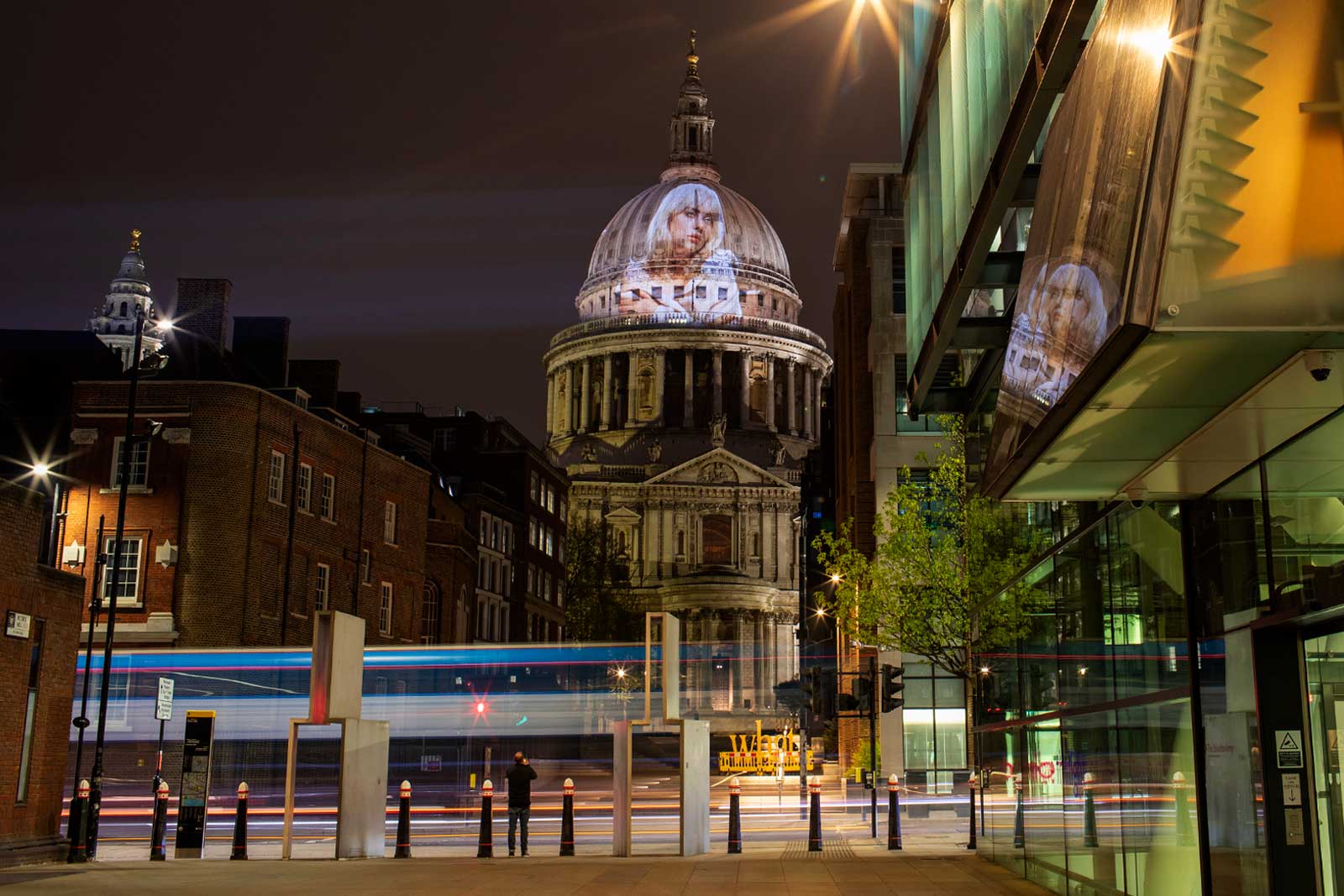 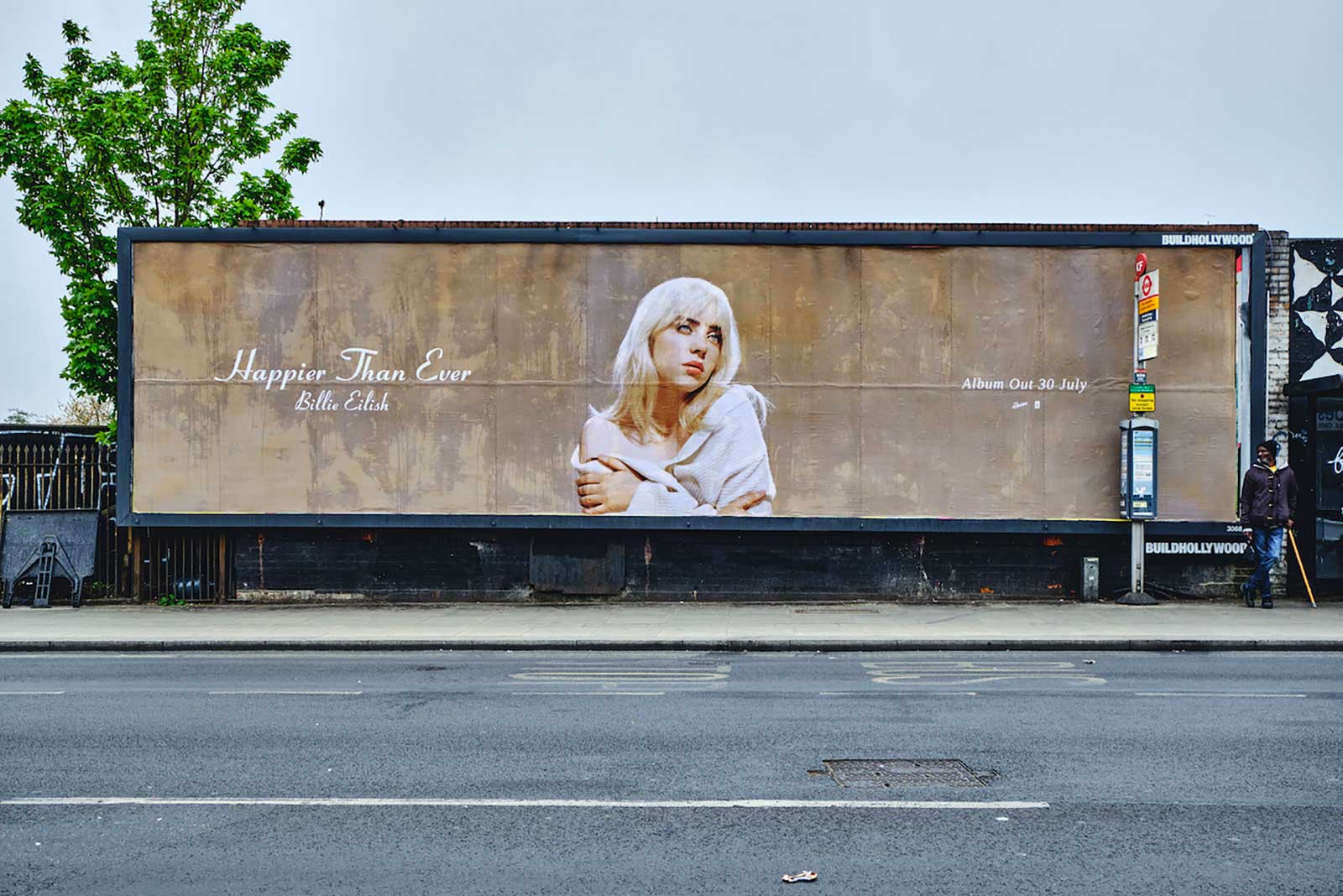 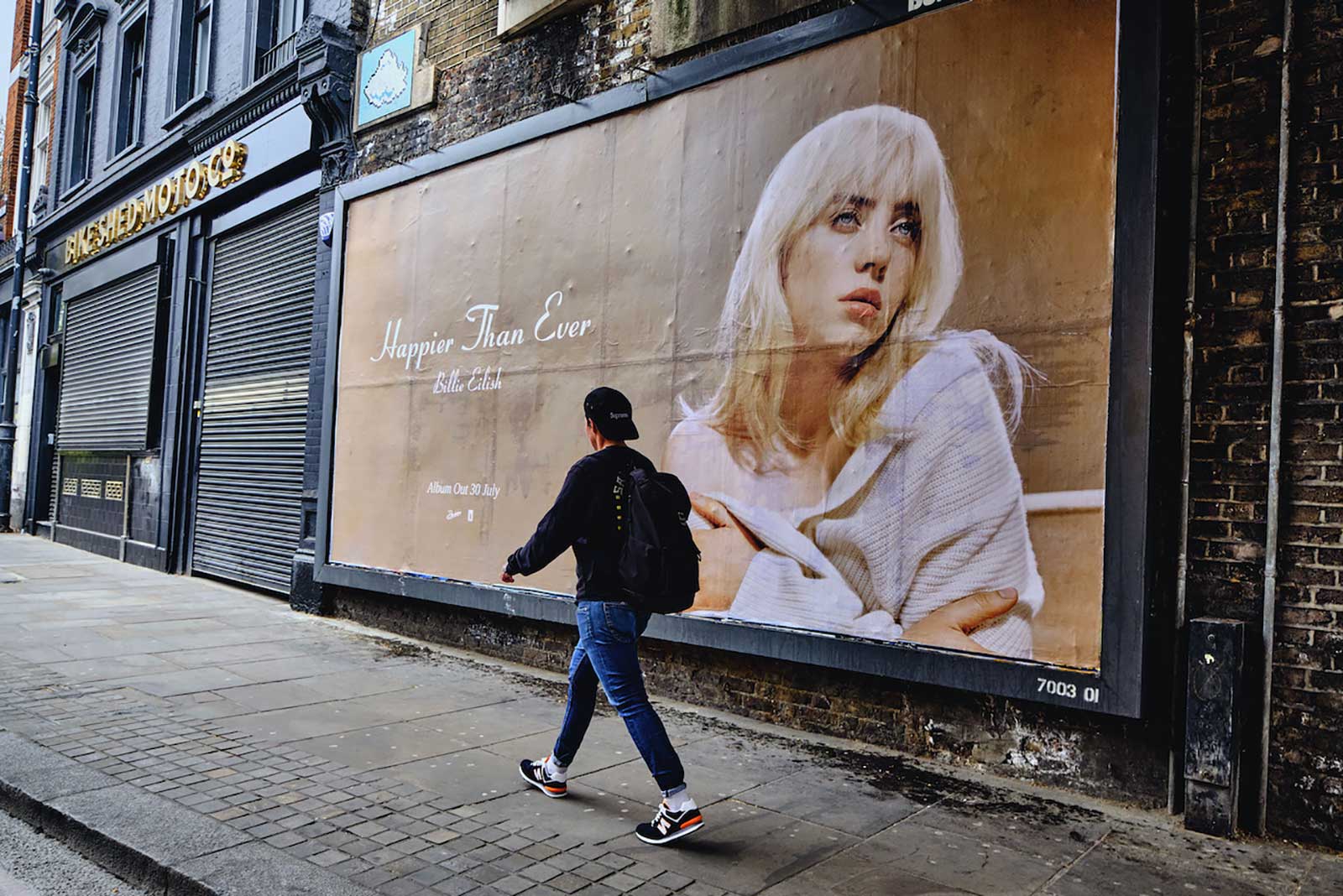 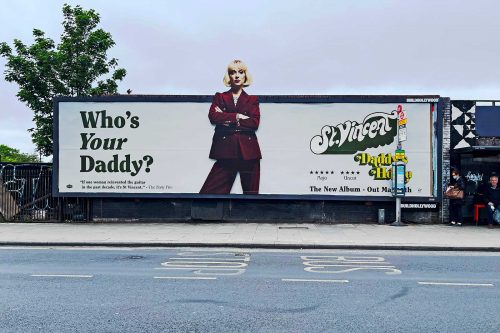 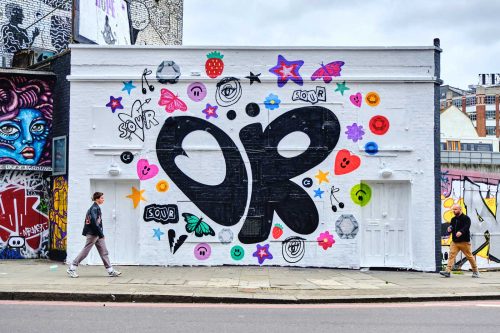