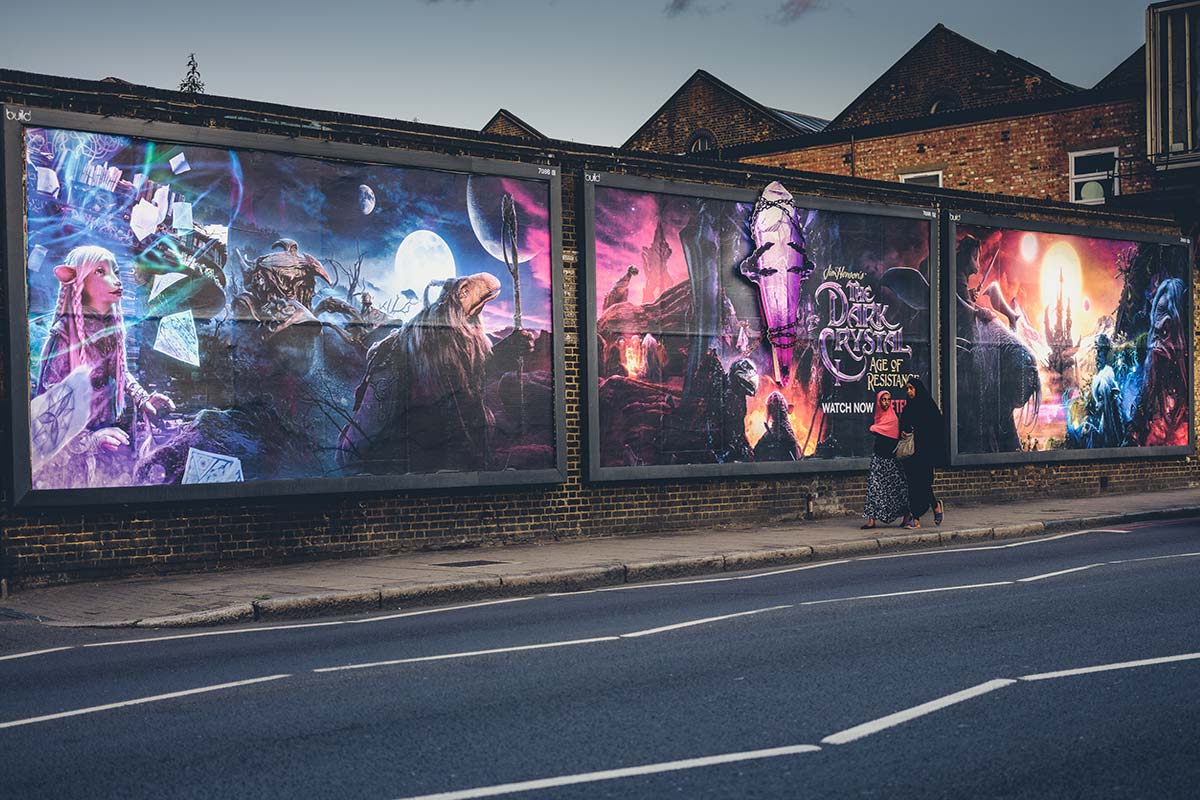 Netflix is returning to the world of Jim Henson’s 80’s cult fantasy film. The Dark Crystal, a rousing fantasy starring a full cast of puppets including; Taron Egerton, Lena Headey, Mark Hamill, Sigourney Weaver, Simon Pegg, and several Game of Thrones alums. The new 10-episode series isn’t just an epic fantasy story. It’s also an epic feast for the eyes as the lush, incredible world of Thra comes to life with its vulture-like Skeksis and elf-like Gelfling and more. To mark its launch we teamed up with Netflix on a ‘feast for the eyes’ outdoor campaign which included a series of special builds that each featured an image of a crystal that was lit up with mystical purple light. The outdoor campaign added an unexpected touch of fantasy to the streets of London. 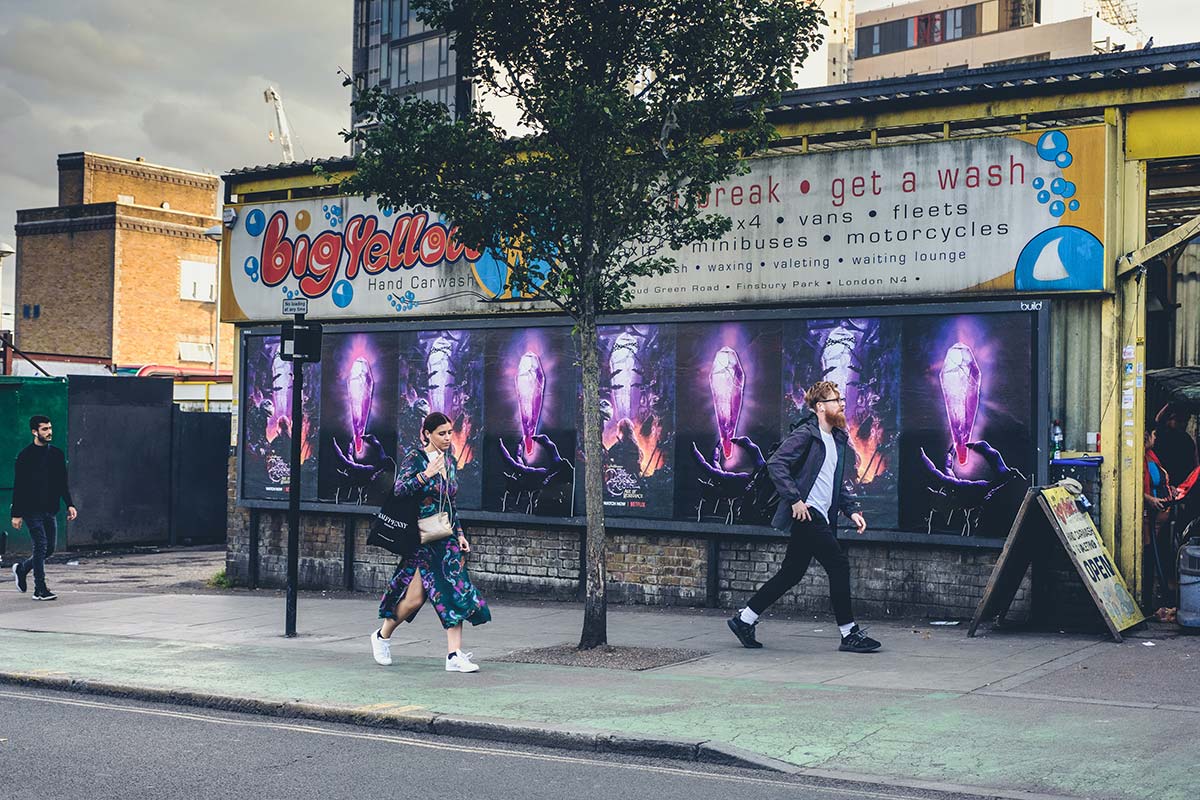 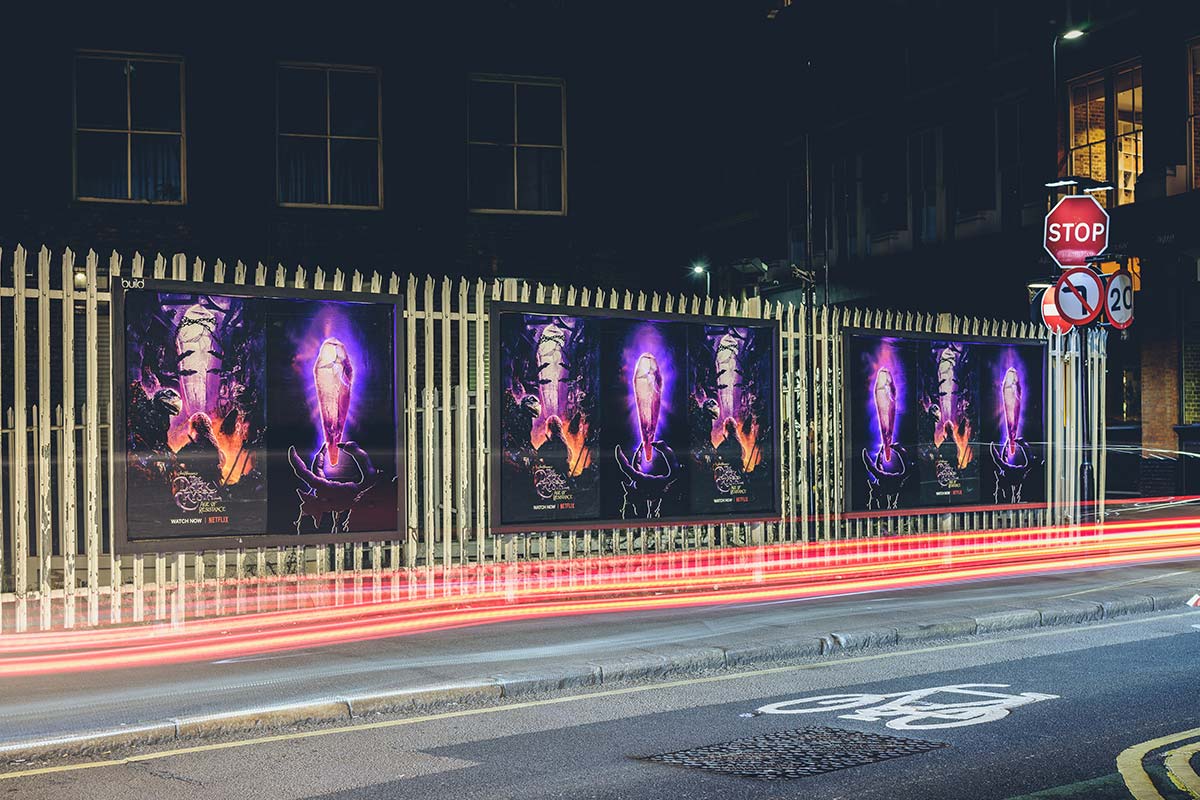 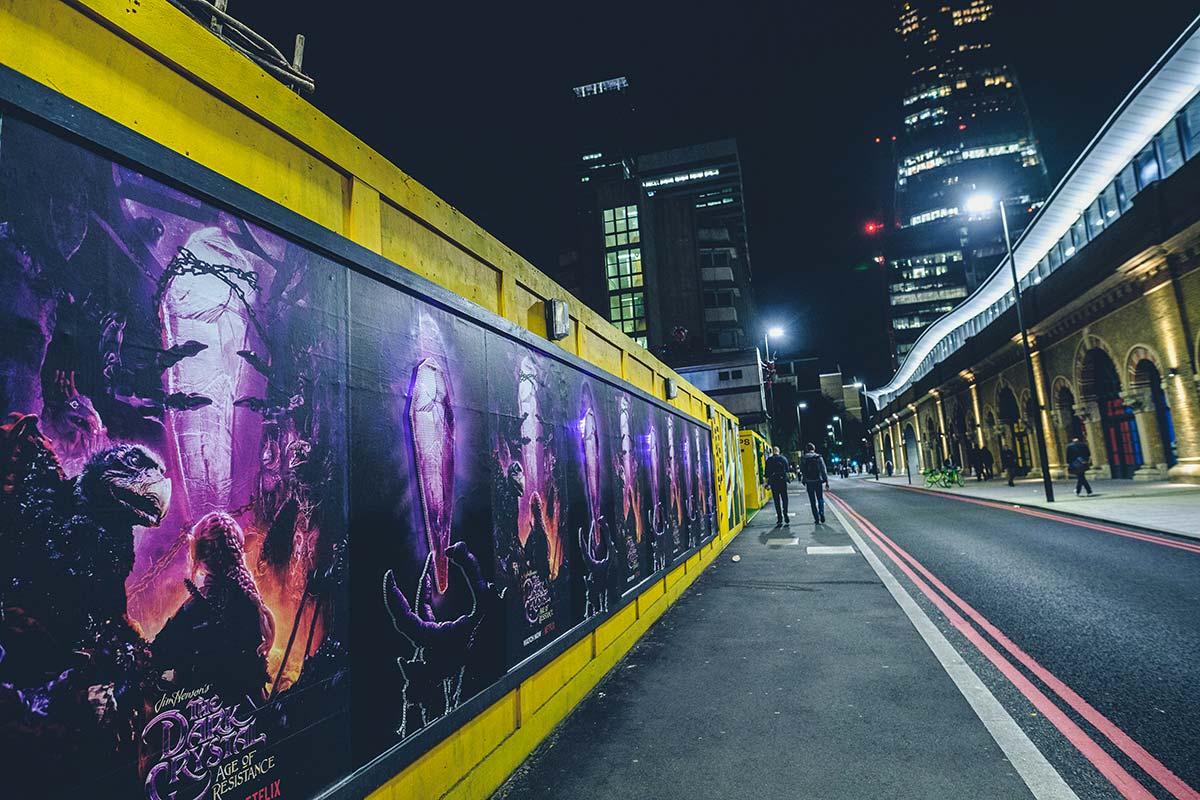 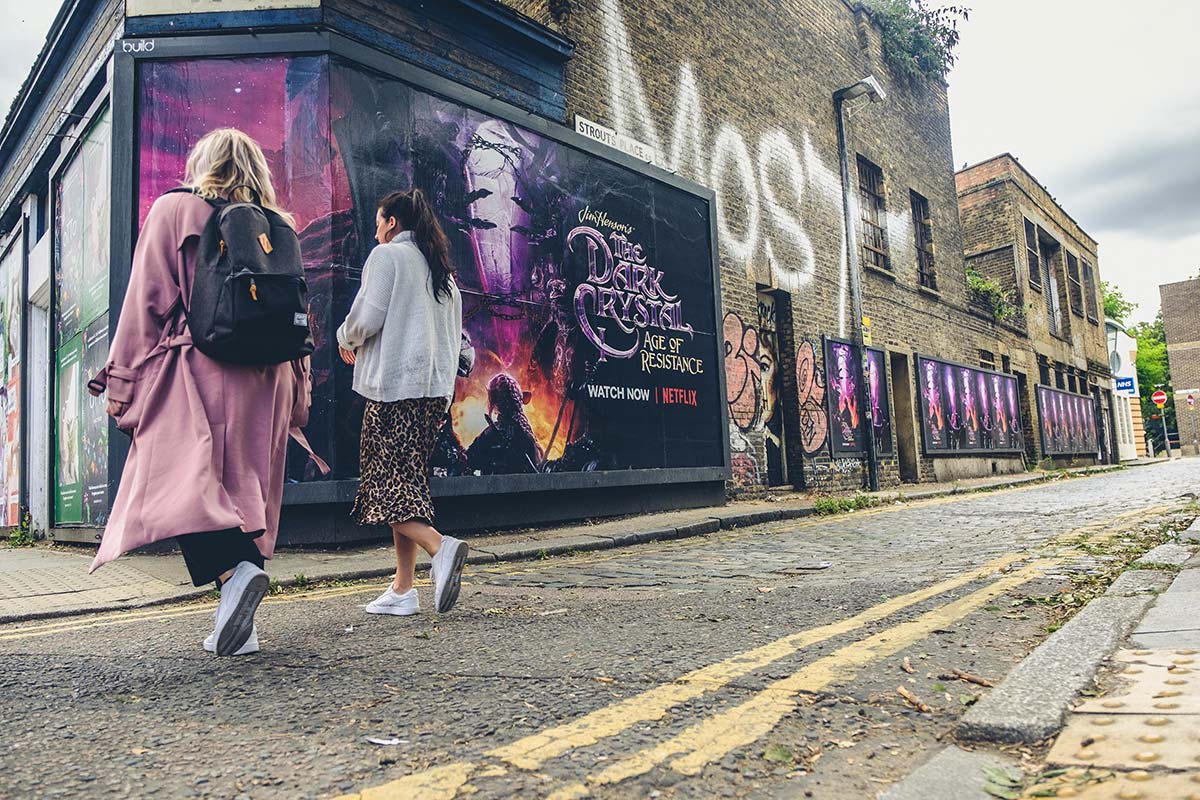 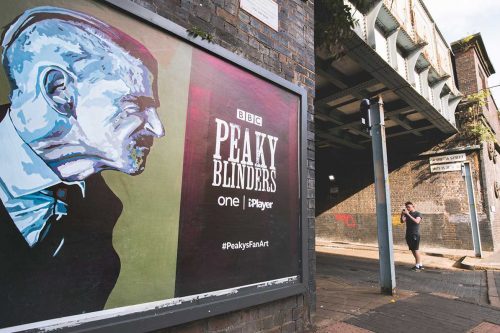 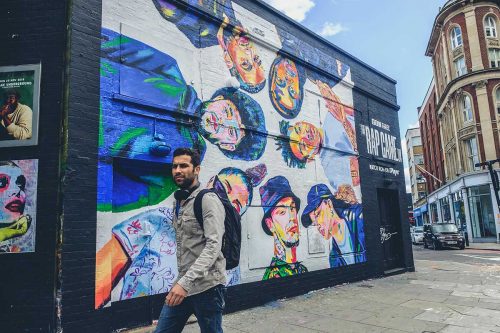