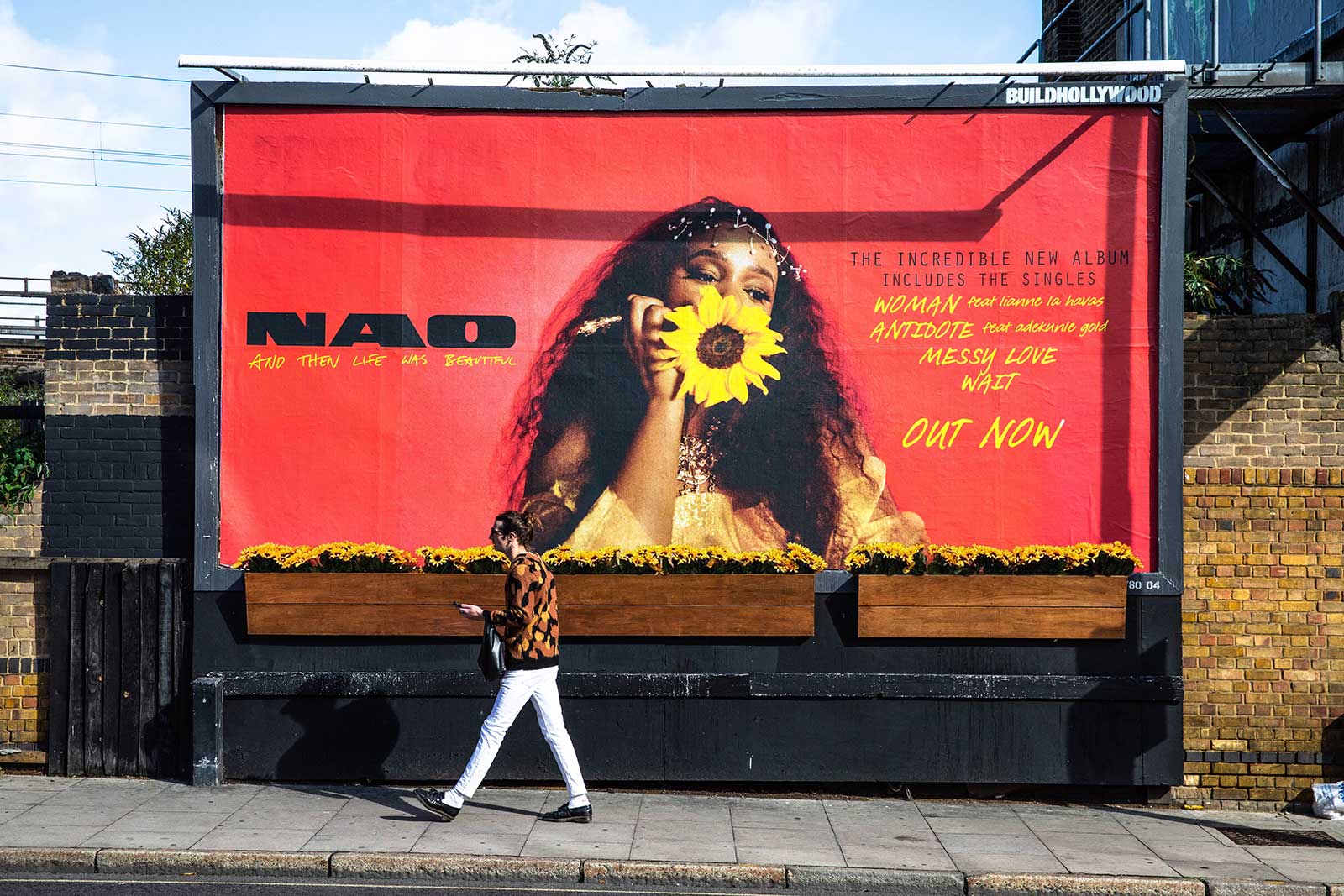 Since earning a top three spot on the BBC’s Sound of 2016 poll and releasing her debut album For All We Know, East London and Nottingham native NAO has been known for her distinguished and innovative brand of avant-soul. Blending electronic sounds with sonics that groove and elements of smooth R&B, NAO has been the author of her own success, growing into a respected and revered artist appreciated by critics as much as she’s loved by her fans.

Her third full-length album, And Then Life Was Beautiful, finally landed in September 2021 – so we teamed up with RCA Records to celebrate its release on the street. With a creative billboard planted full of sunflowers for passers-by to take away, and poster creatives that mirrored her beautiful album artwork, the release campaign brought the music to London street-sides. NAO even visited the sites herself – with her photos receiving over 10k likes on Instagram. 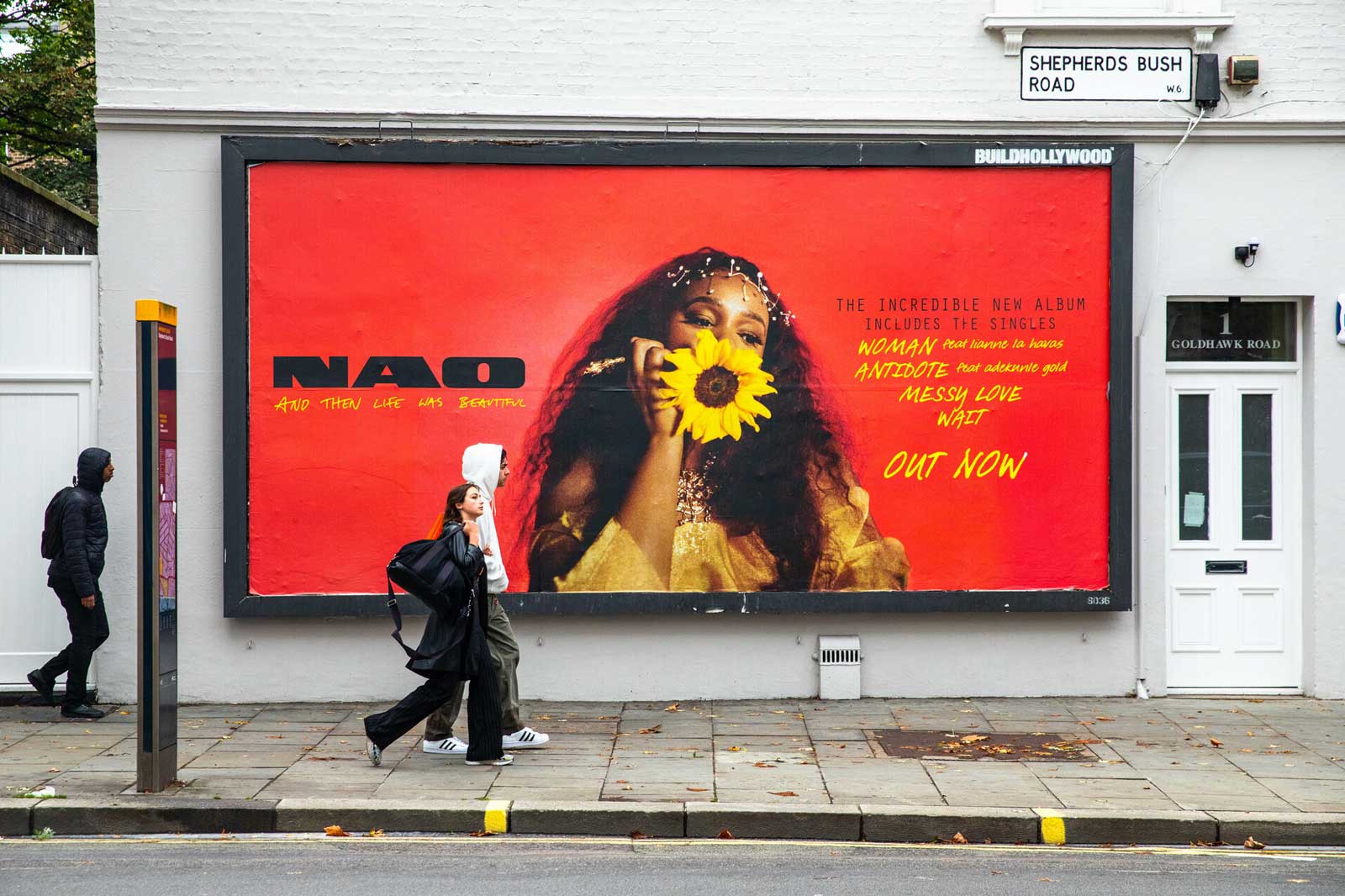 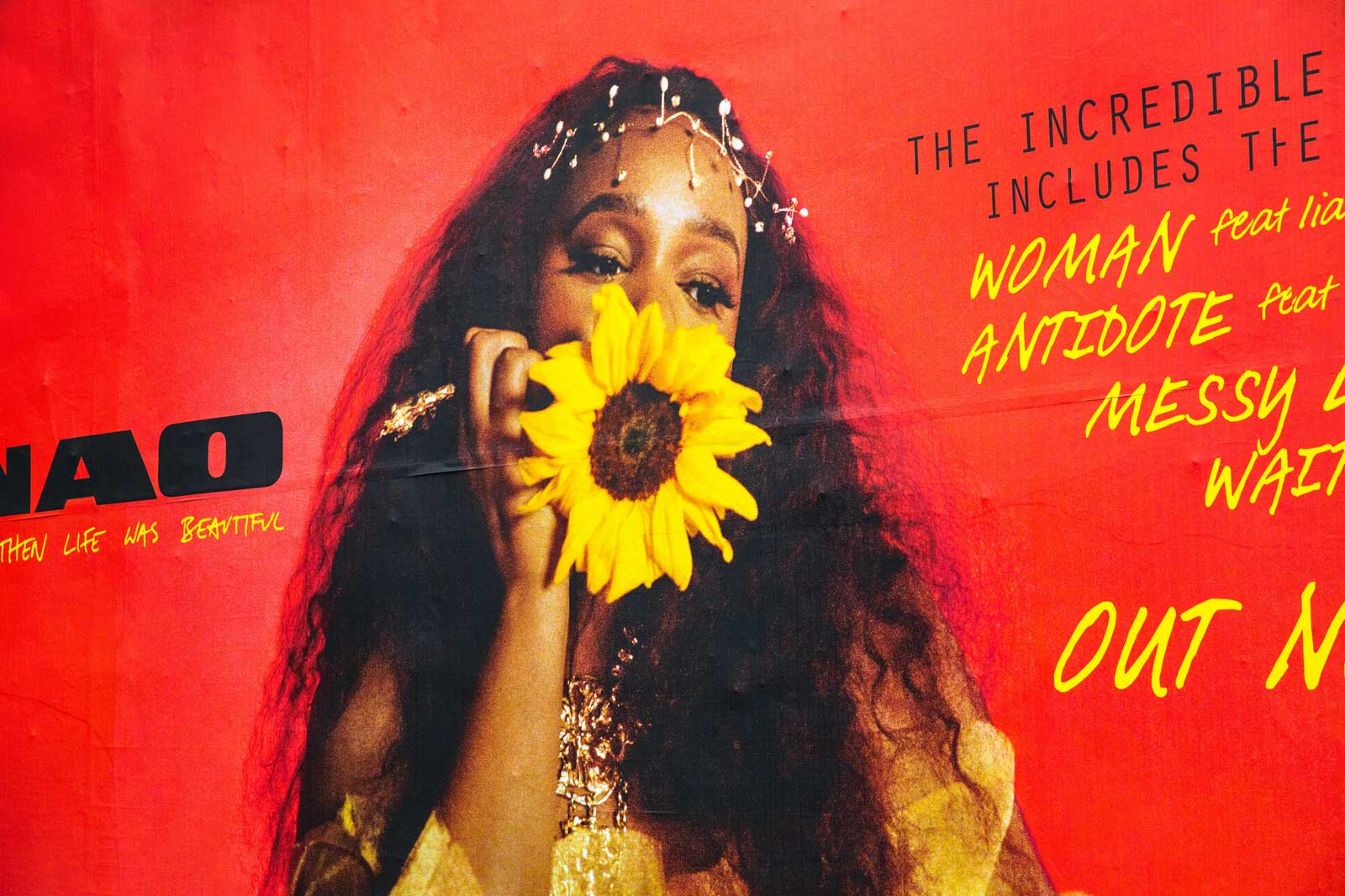 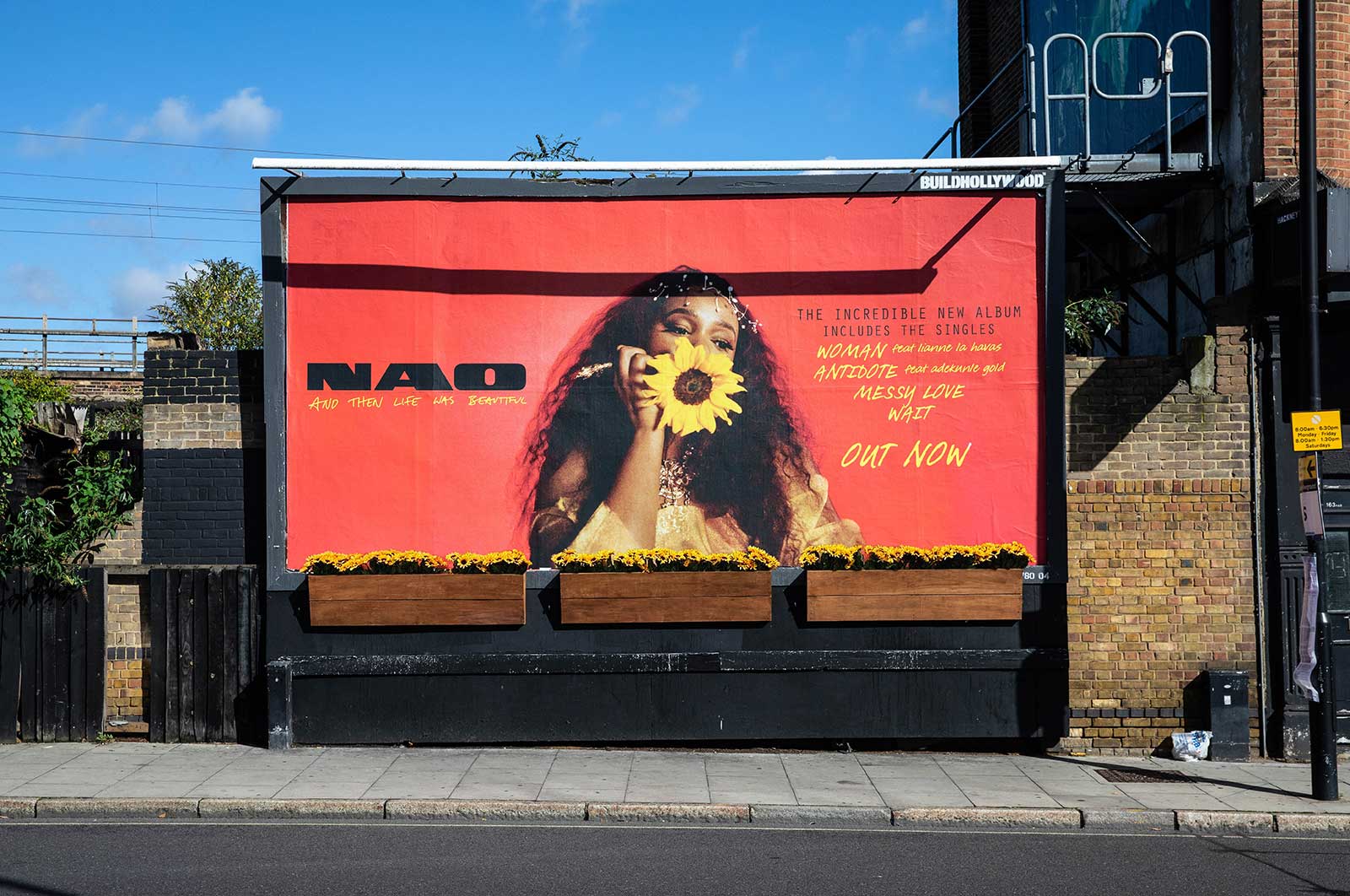 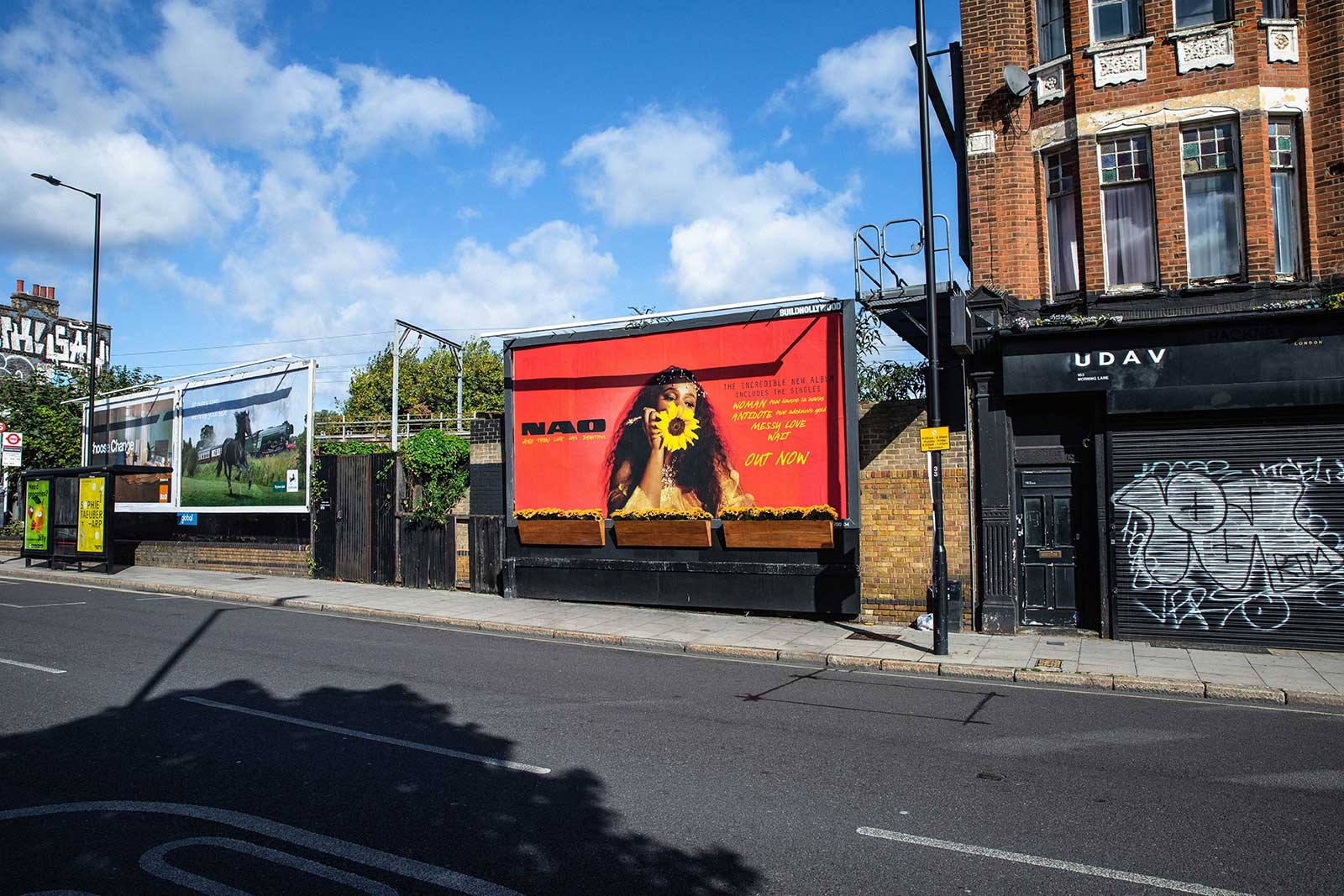 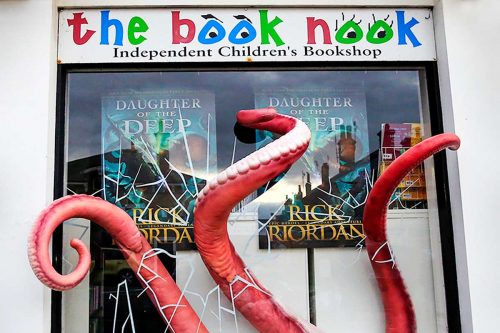 Daughter of the Deep: Rick Riordan 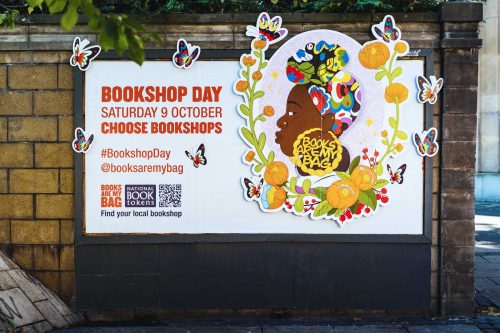 Books Are My Bag: Bookshop Day in Edinburgh