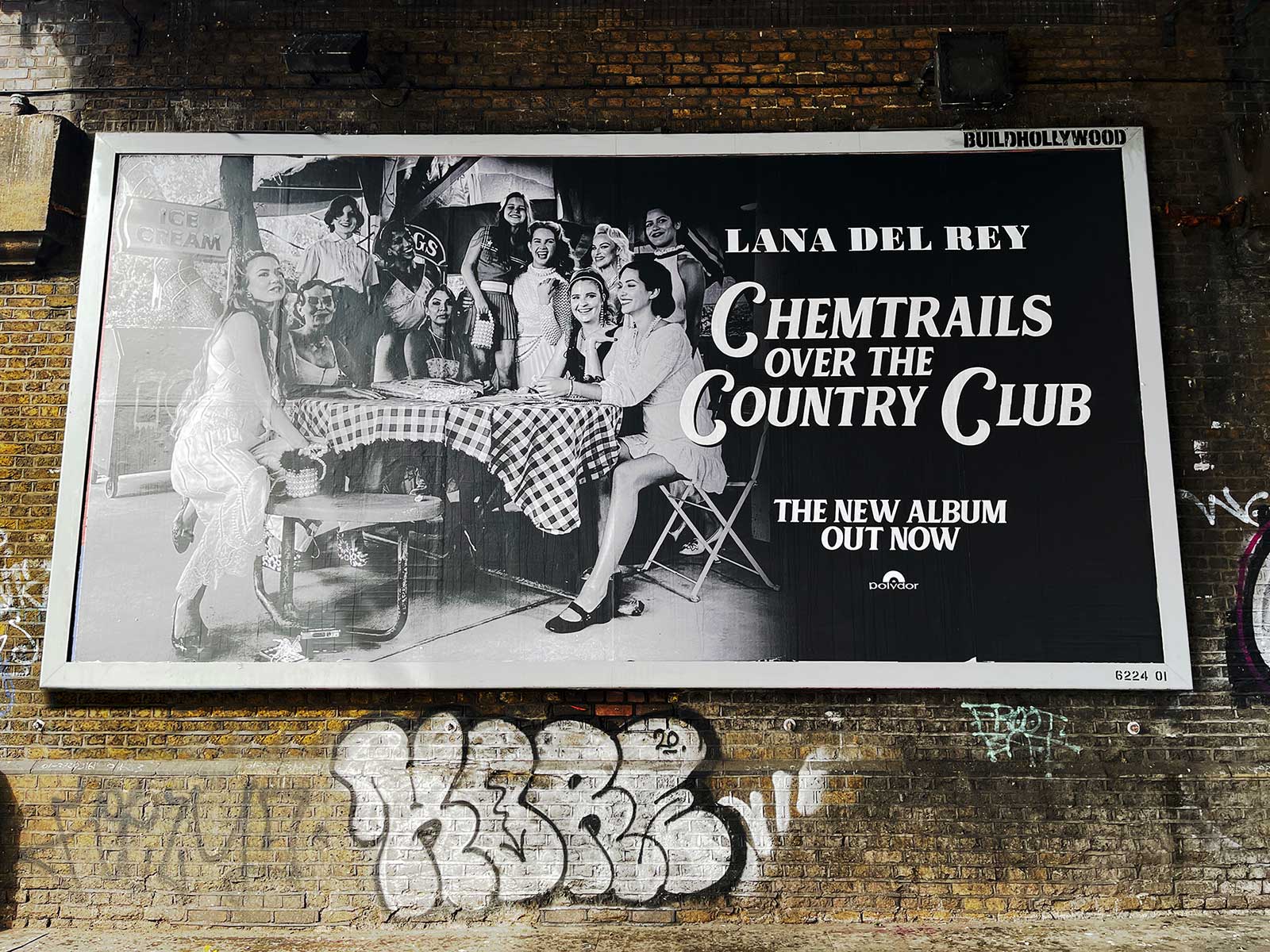 Artist Lana Del Rey has a pretty busy year coming up. After releasing her well-received sixth studio album Norman Fucking Rockwell in September 2019, the singer could have taken a well-deserved break, but instead, she announced a run of work that included two albums and a poetry book. Rock Candy Sweet will be out later this year, and it’s already been preceded by Chemtrails Over the Country Club, a dreamy, introspective record full of heartbreak and nostalgia.

The album’s cover is adorned with a monochrome, old-fashioned photo featuring Lana and her friends sitting around a table, presumably at the eponymous country club. It evokes feelings of not just pre-pandemic life (friends?) but decades past, with gingham and swooping lettering.

We partnered with Polydor Records for the release of Chemtrails, putting that sweet and evocative album cover all over London on billboards and digital screens. The campaign brings just a little California escapism to the streets of Islington, Kensington & Chelsea, Southwark, Hackney and more. 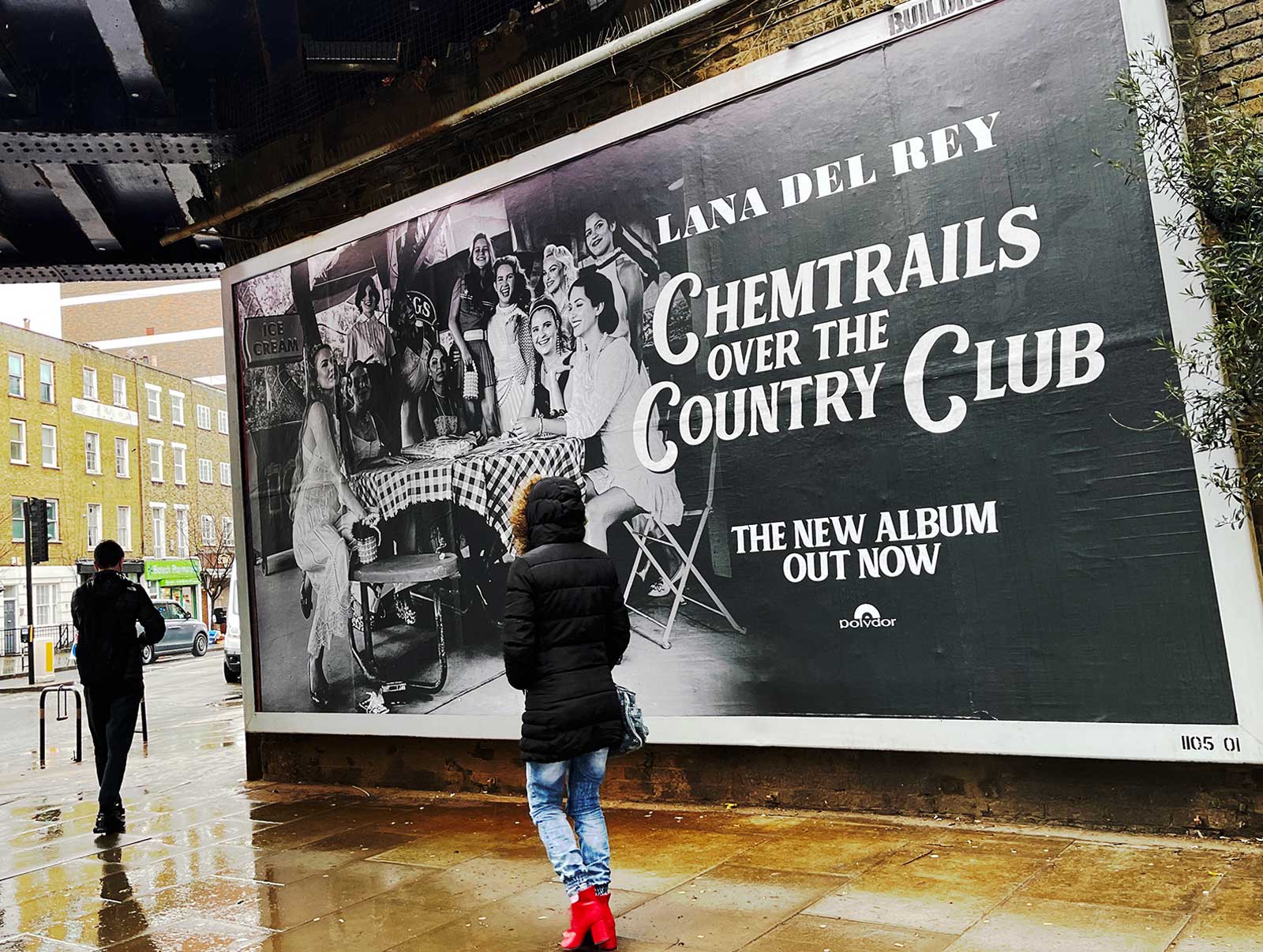 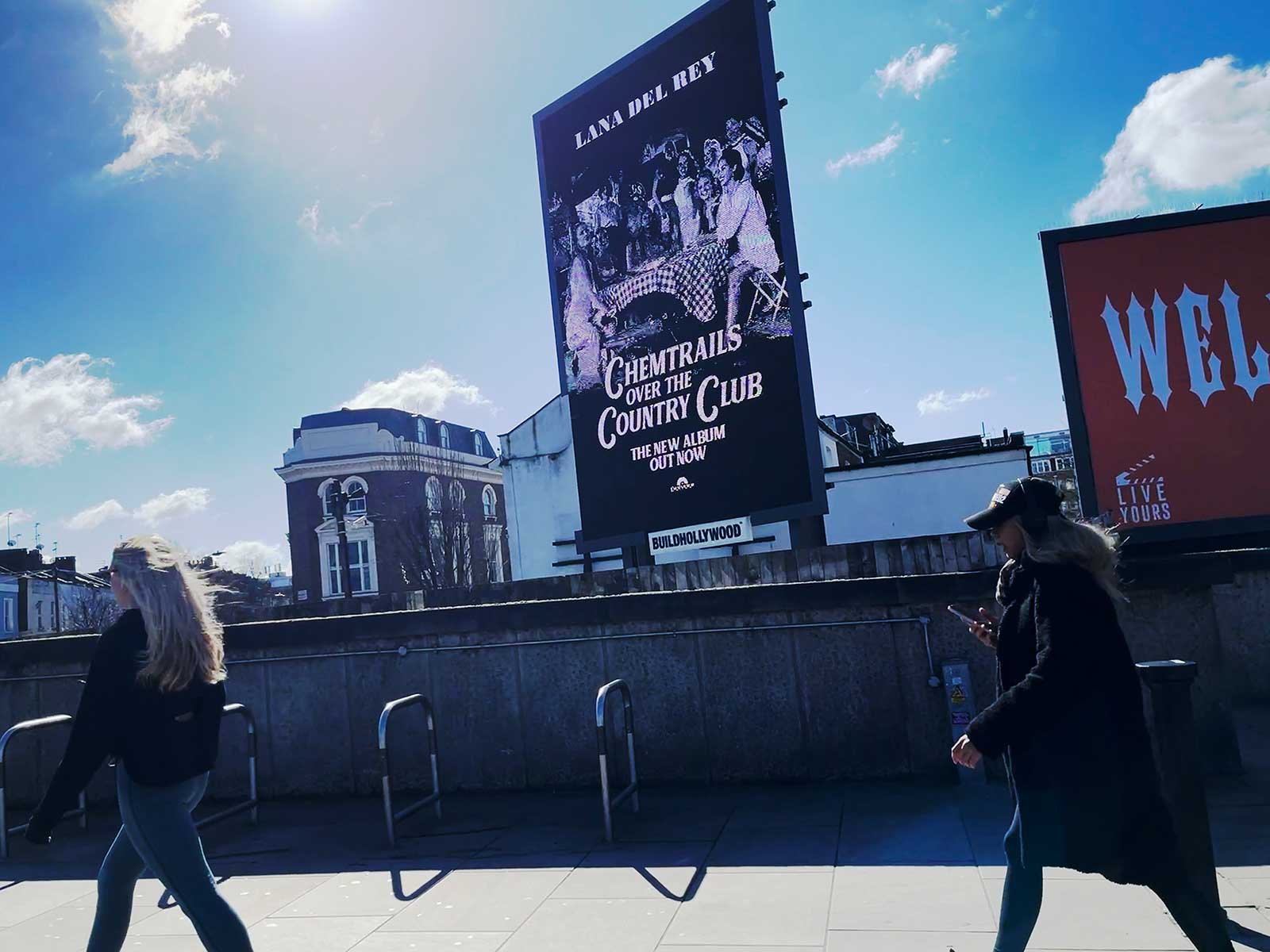 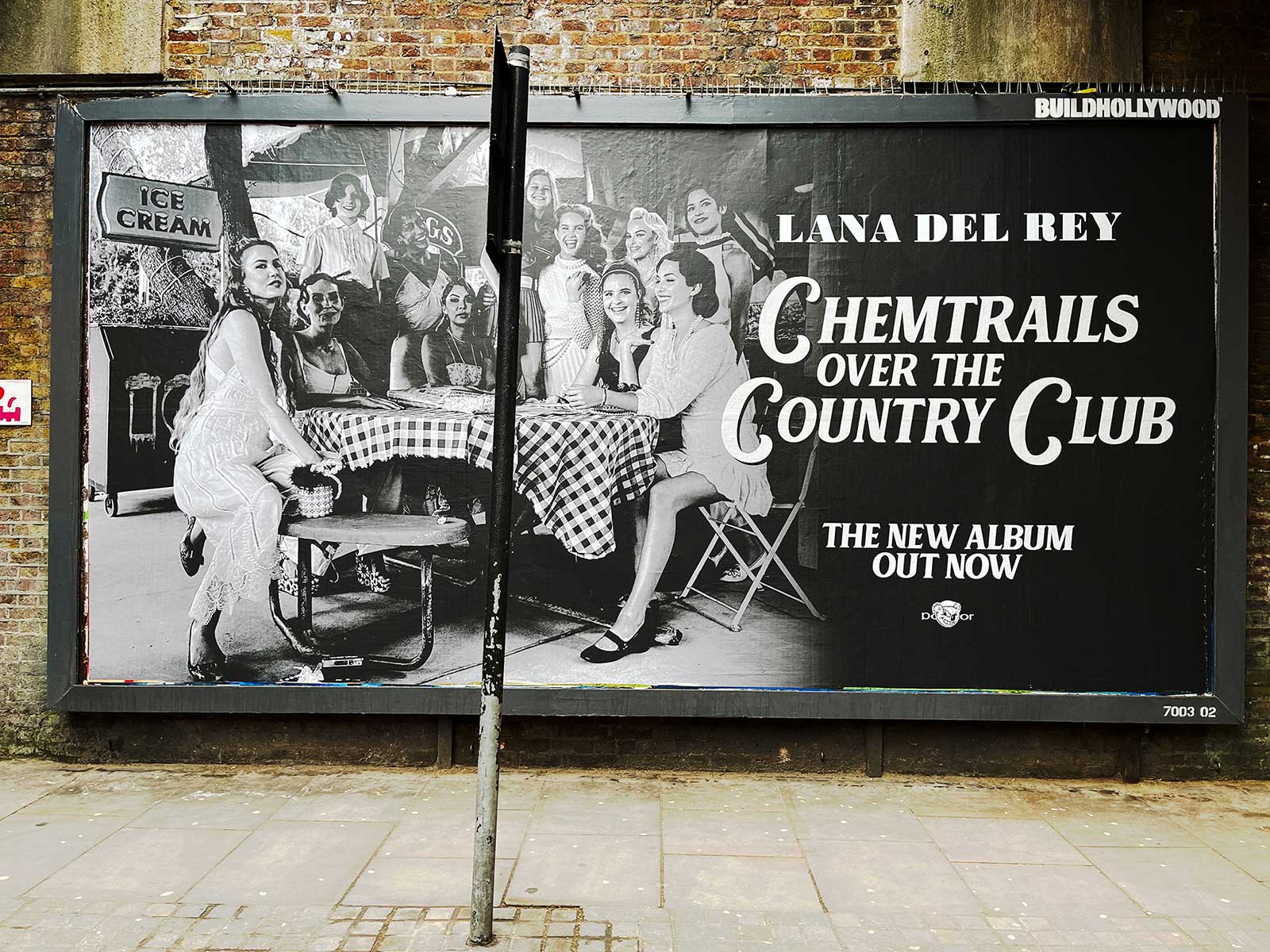 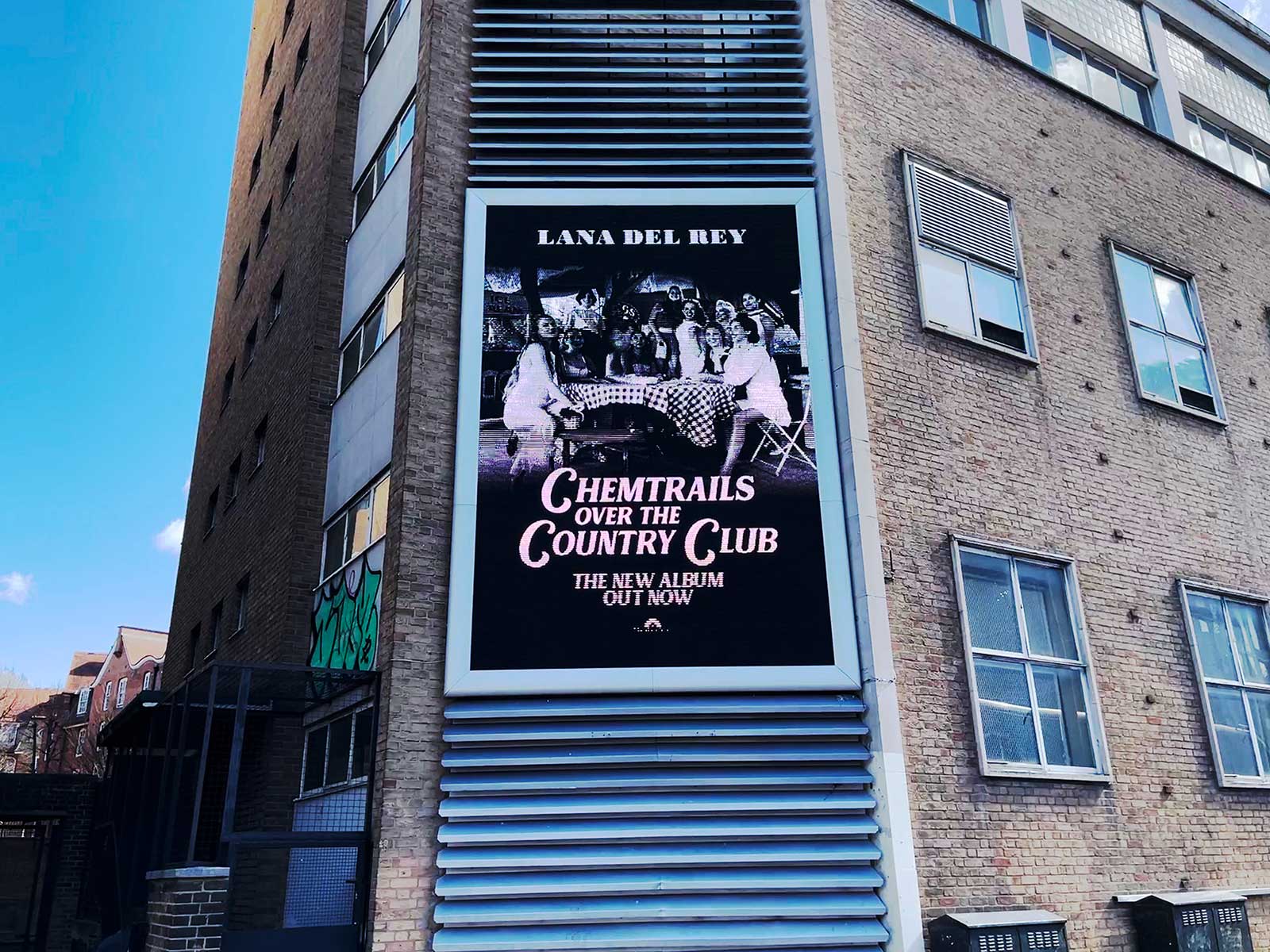 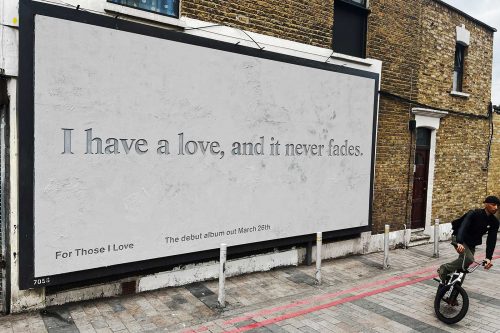