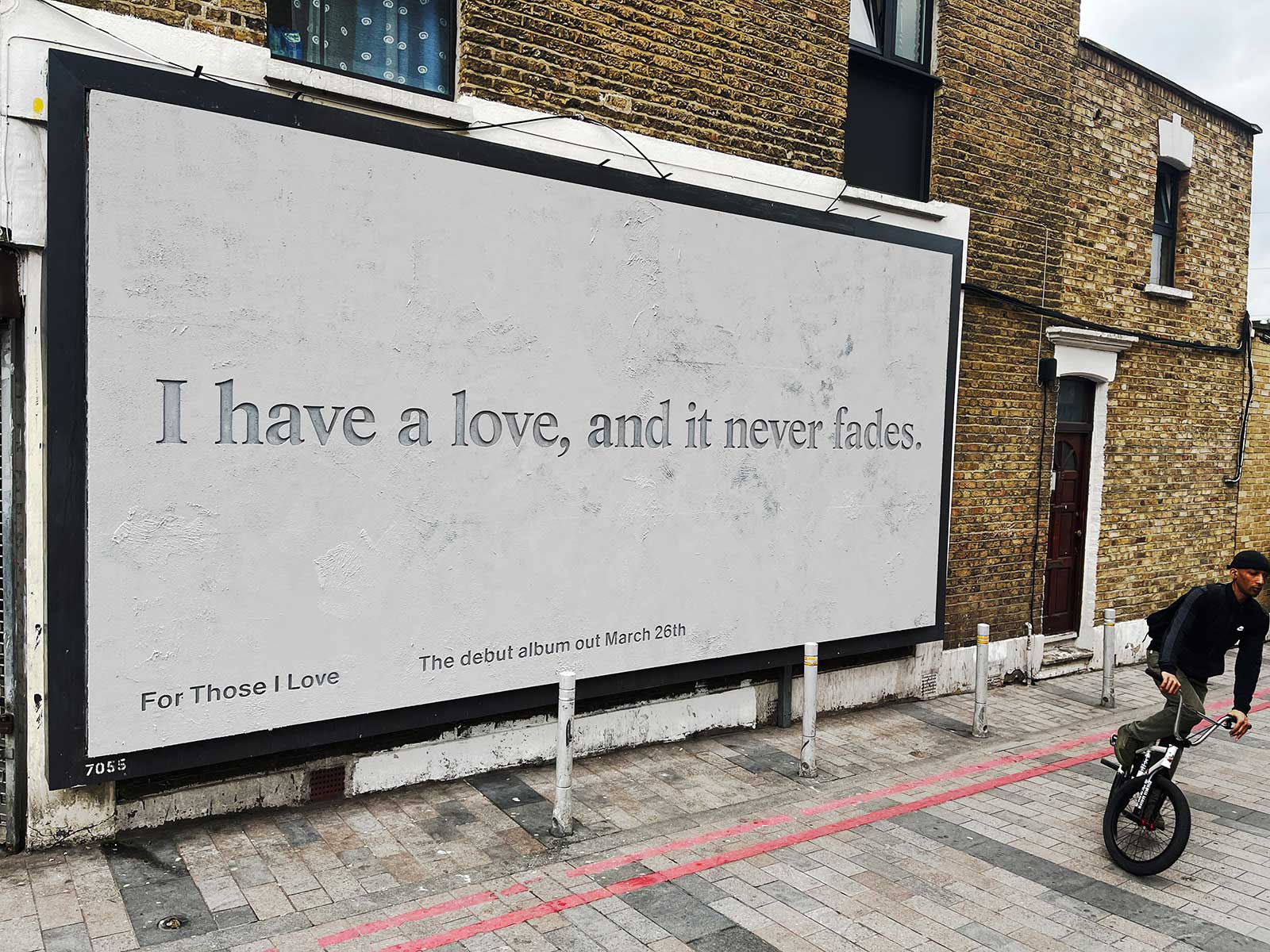 There are few debut albums that manage to gain quite so much critical acclaim as the recent release from Irish producer and songwriter David Balfe’s project For Those I Love. Born from powerful grief following the death of Paul Curran, the album, of the same name as the project, has been called an “extraordinarily potent eulogy” for his best friend. The Guardian also said that, “there’s a universality to the emotion; the music is finely-crafted enough to keep you returning, not matter how distressing the subject matter of the songs.”

Such a heavy, beautiful album needed something similarly meaningful to accompany its release. We partnered with September Records on something special for For Those I Love, a textured concrete billboard that captures the depth of Balfe’s record and the weight of his grief. The project, reading, “I have a love and it never fades”. The billboard, on show in Dalston, features deeply impressed, tactile lettering that’s likely to make anyone stop and think in the street. 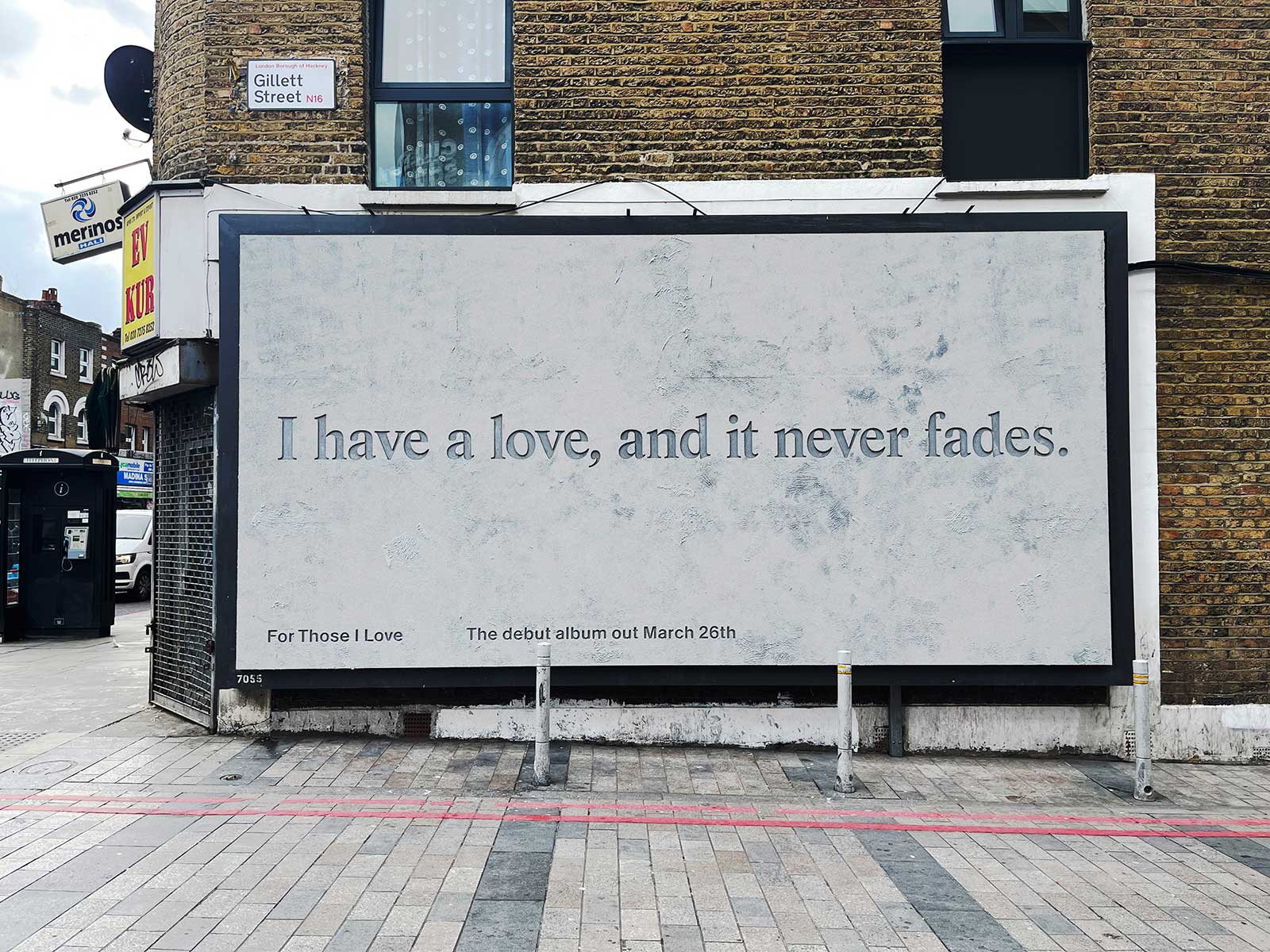 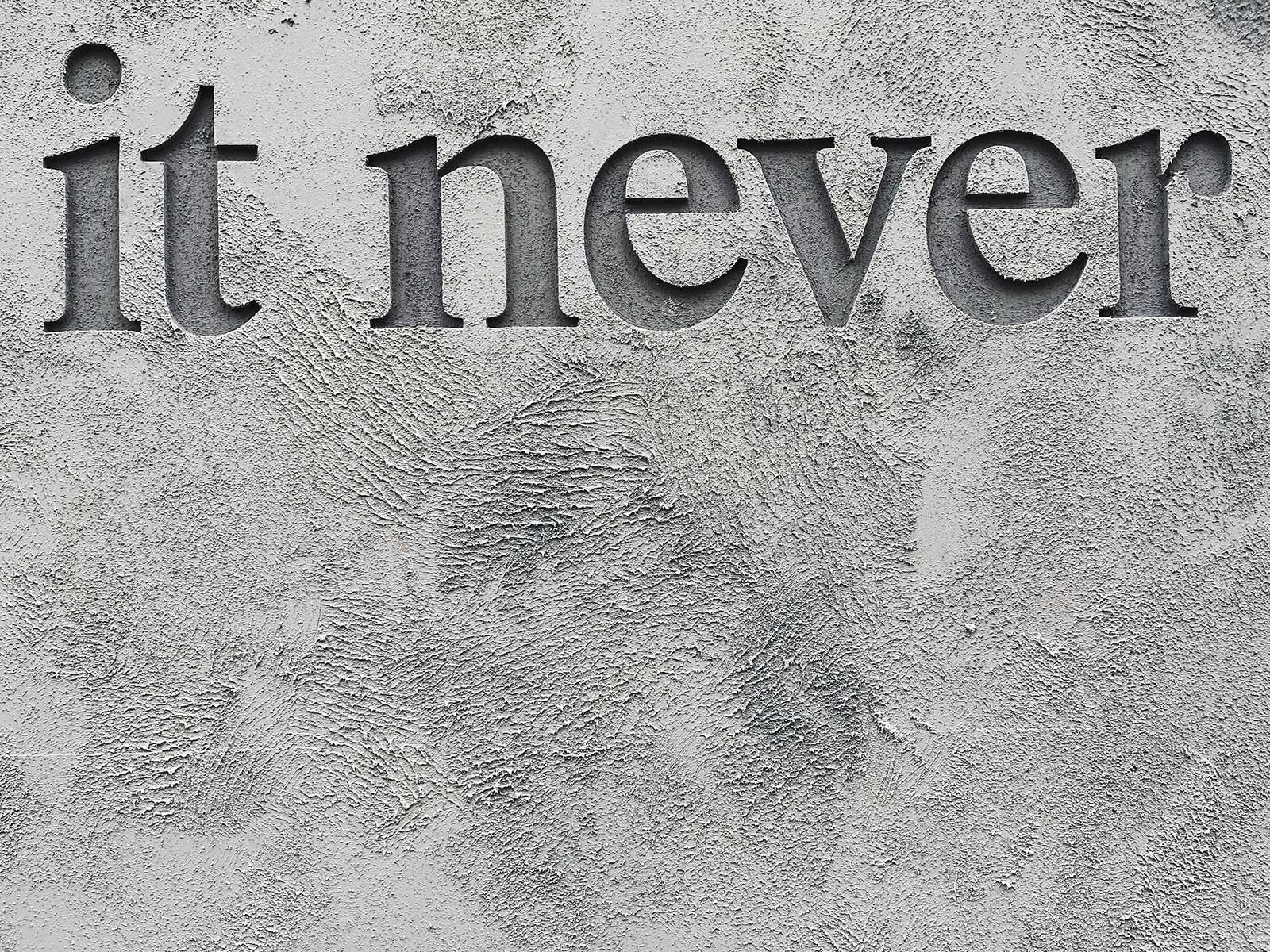 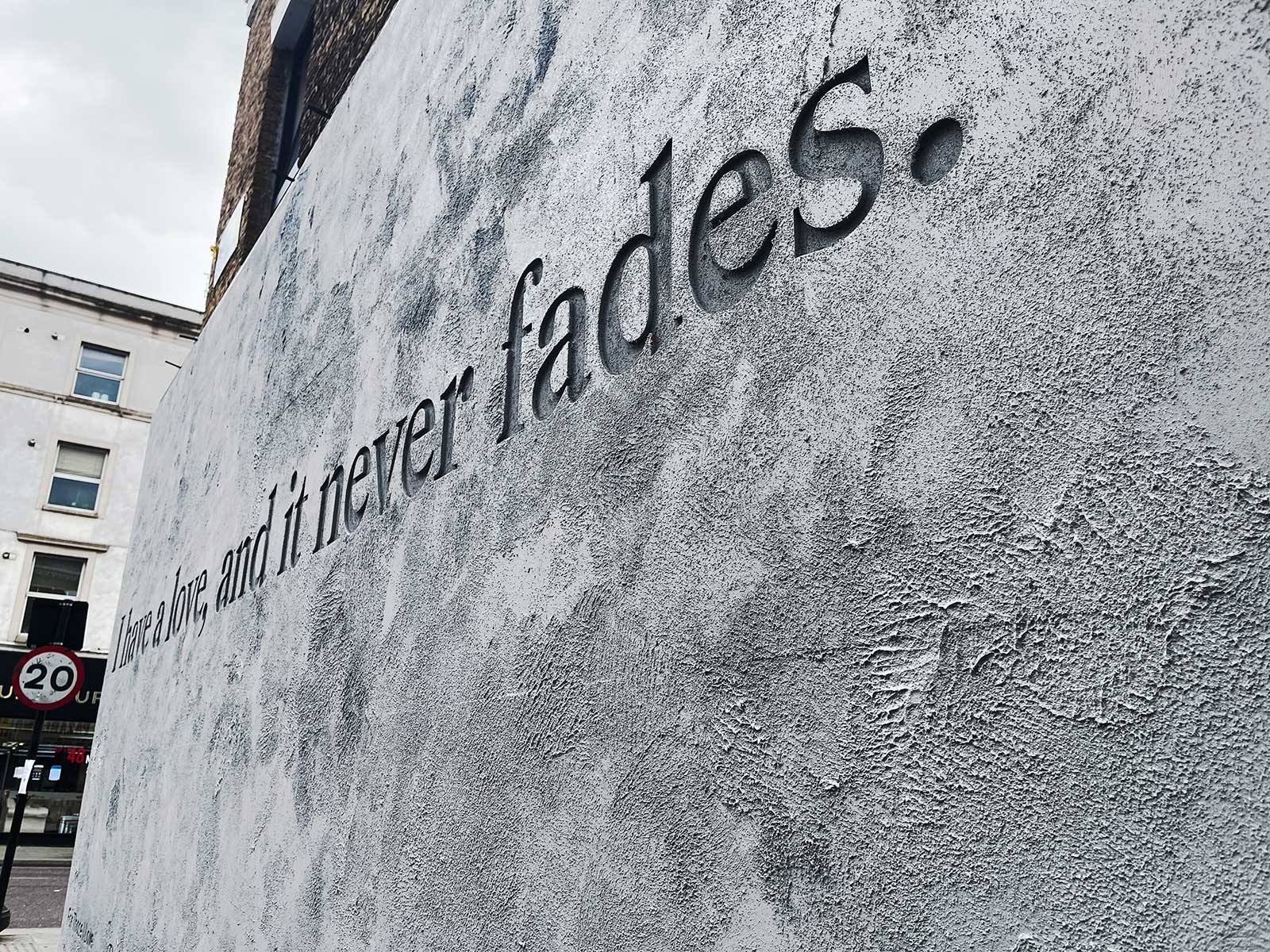 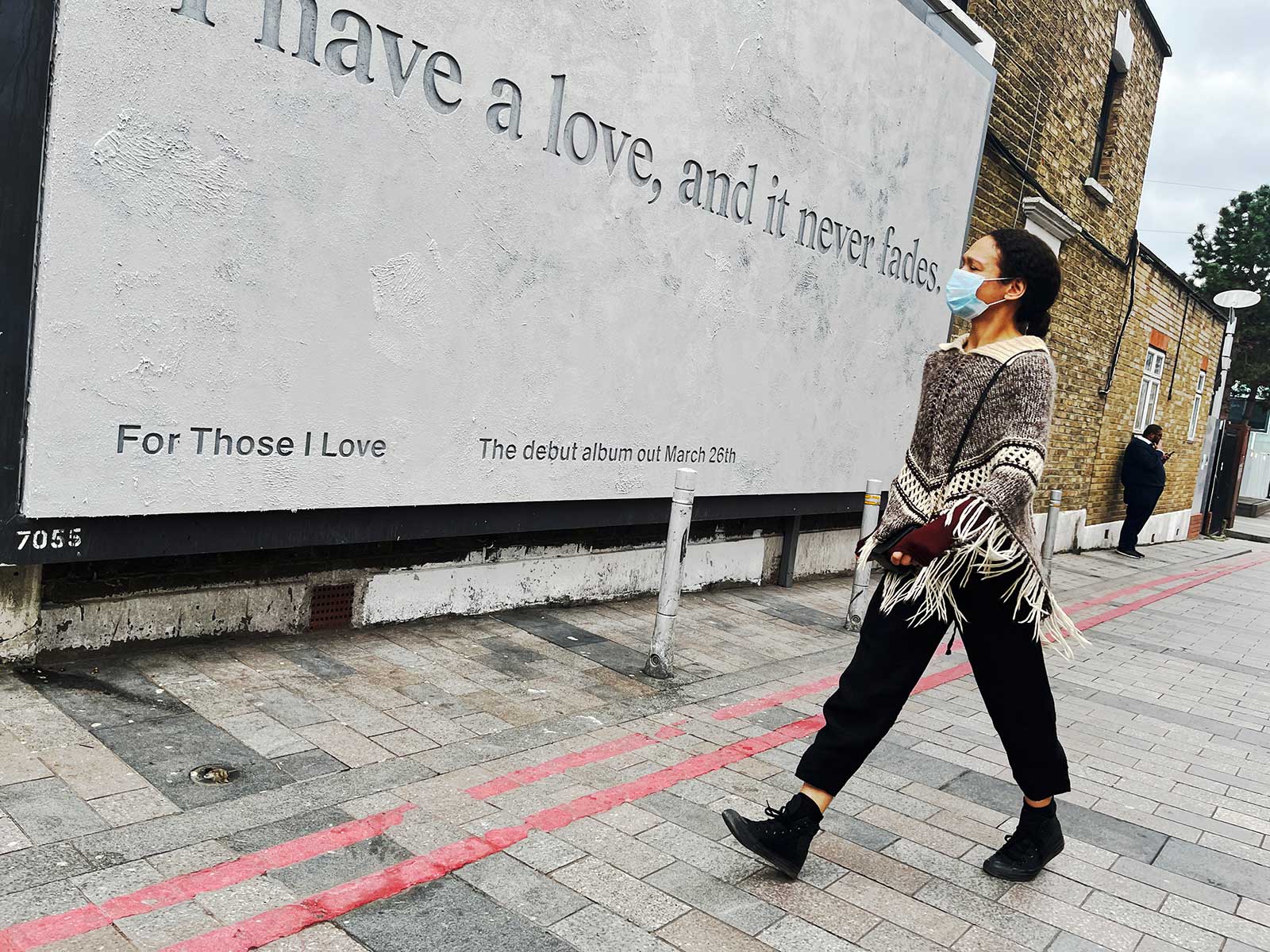 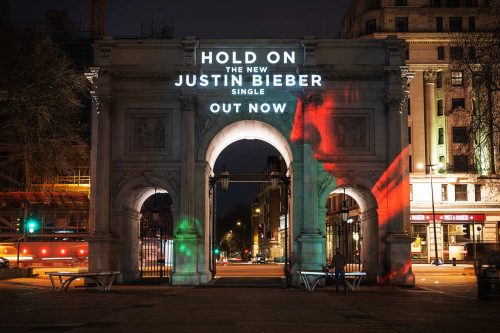