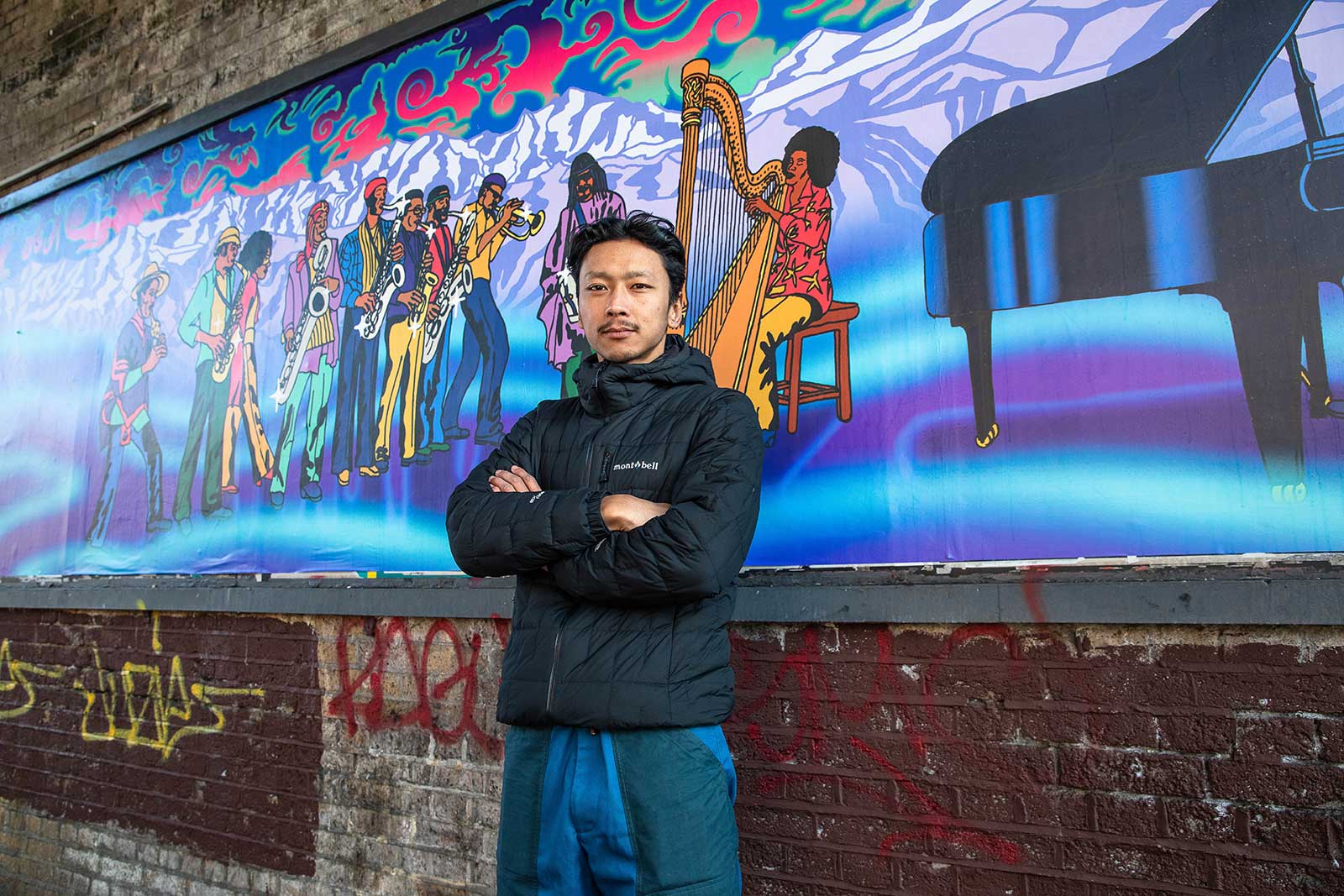 The latest artist to be spotlighted by Your Space Or Mine takes us on a journey through the world of underground jazz clubs, psychedelic dreamscapes, city-living, and mountain ranges.

Gaurab Thakali’s artworks are the product of the rich inner landscape of his imagination, hued with the vibrant colours of Kathmandu, populated and soundtracked by the musicians he’s most deeply inspired by, and informed by his encounters with a series of alluring subcultures. His distinctive work has appeared in prestigious publications such as The New York Times and The New Yorker, and his illustrations have also adorned clothing, skateboards, beer cans, record sleeves, and turntables. Defined by their saturated colours and gradients delineated by bold line work, his work moves between psychedelic landscapes, city life, and snow-topped mountain ranges, incorporating mystical elements with features of the everyday, while nature – at its most abundant and riotous – is ubiquitous. 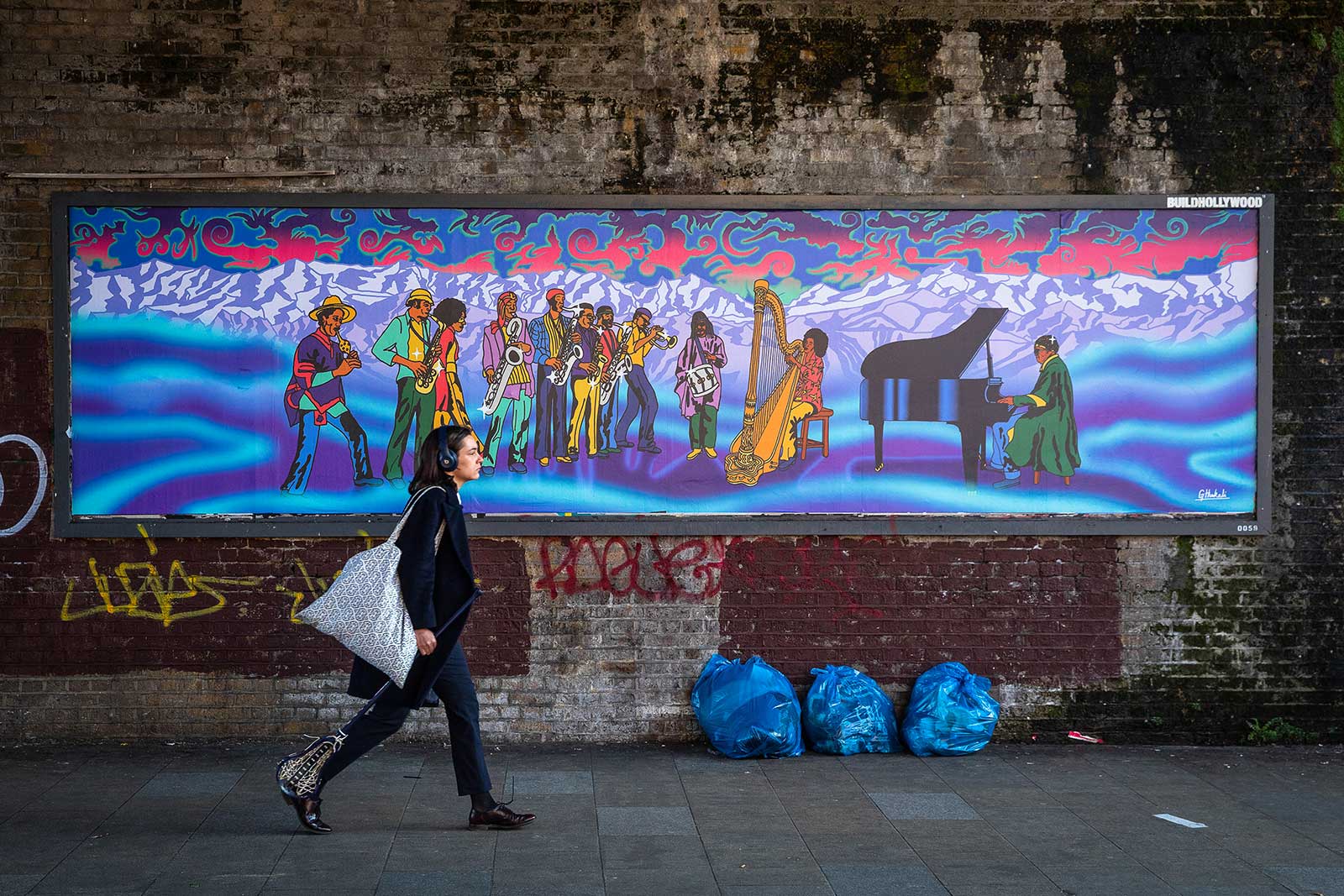 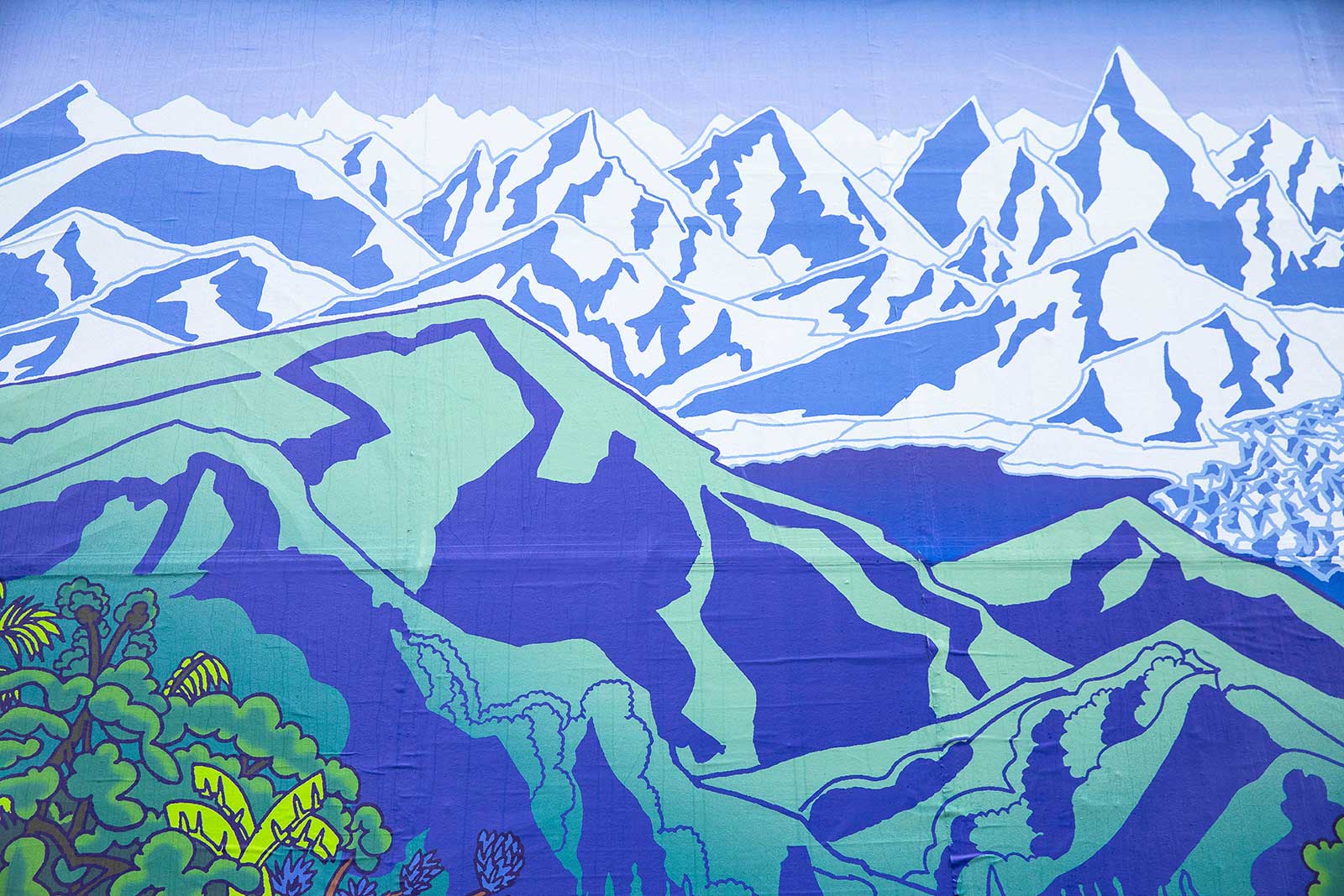 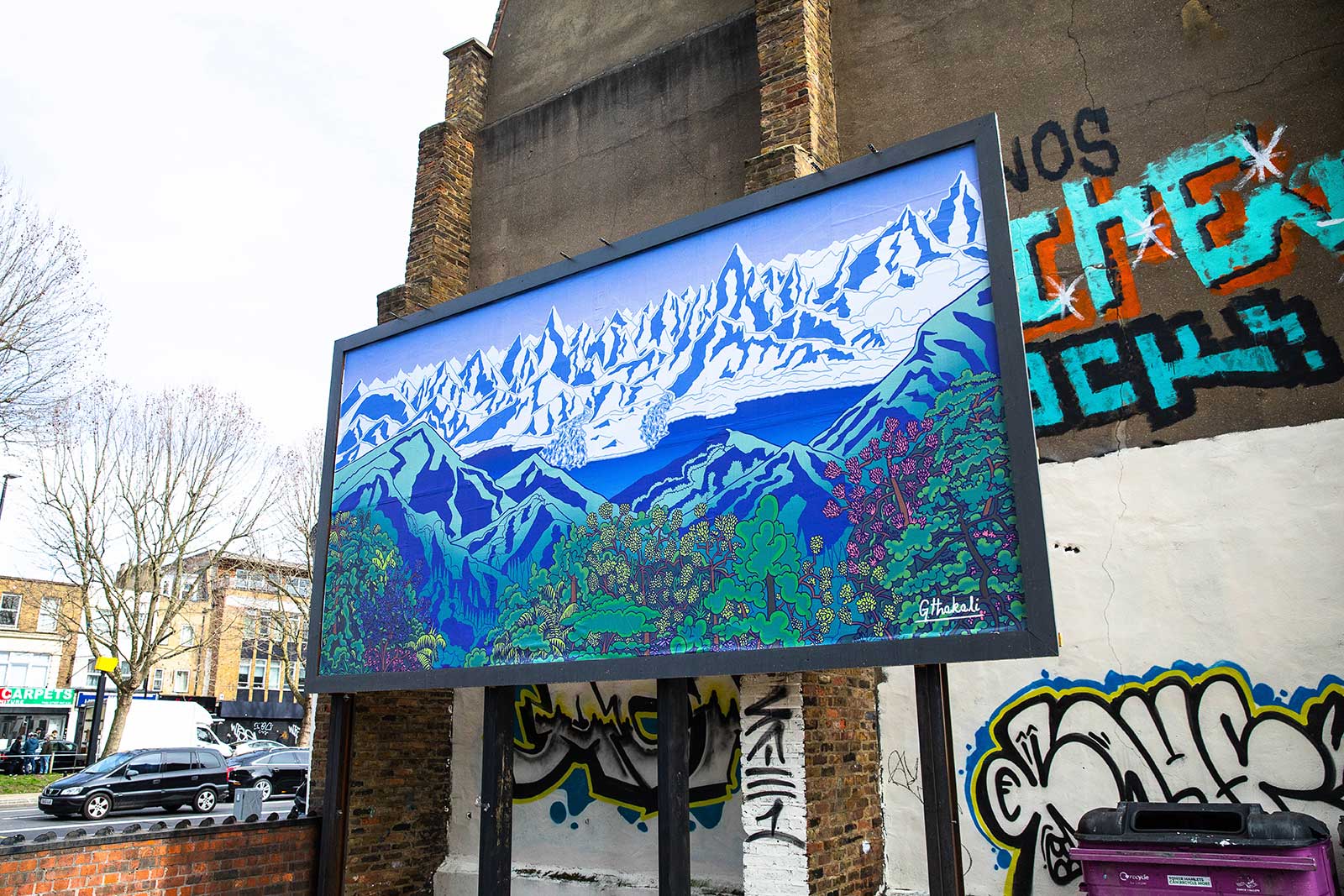 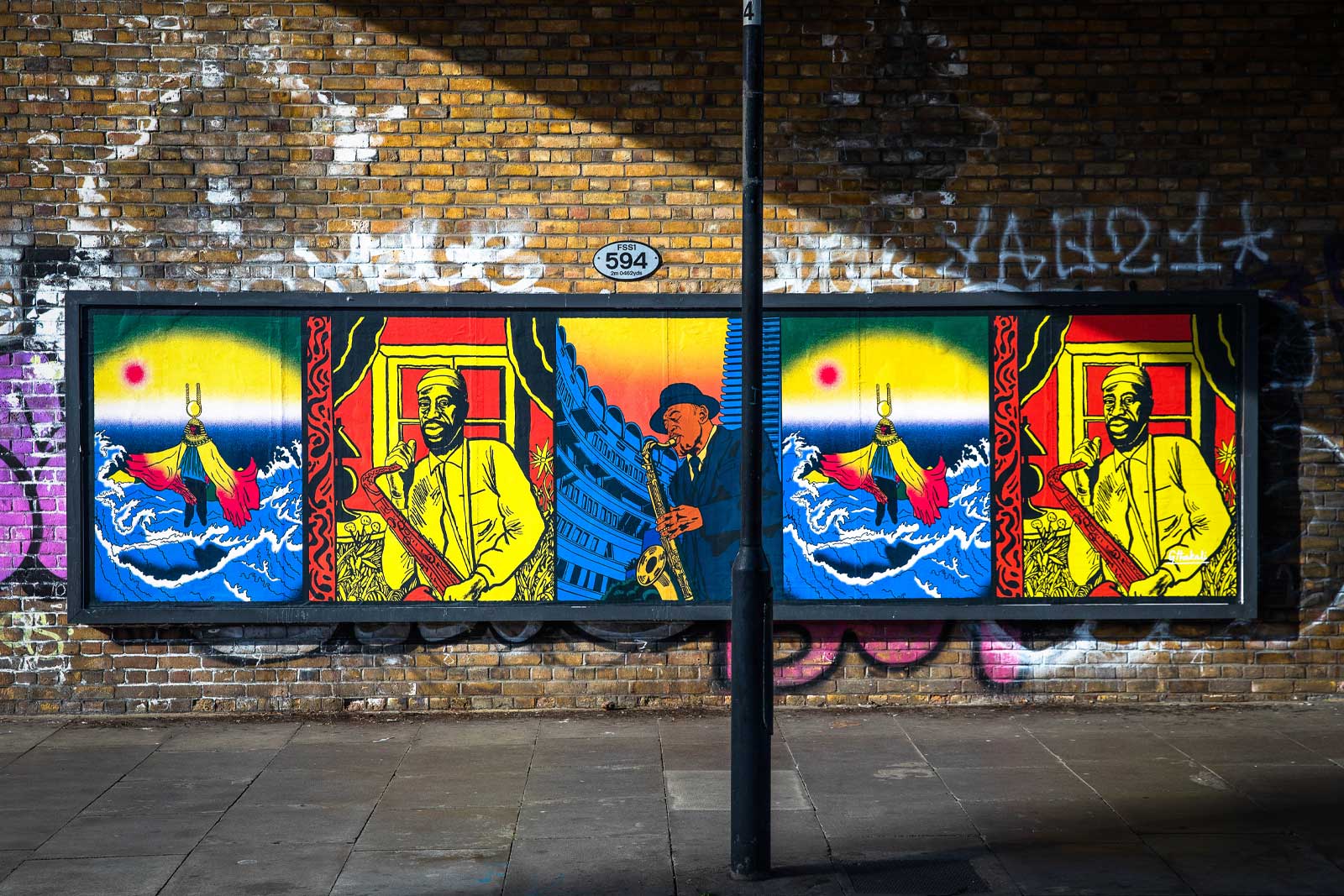 The Nepalese-born artist moved to the UK when he was 15, leaving the colourful, frenetic city of Kathmandu for the comparatively subdued and ashen London. While memories of his home country continue to remain a vivid component of his work, Thakali became immersed in London’s countercultural skateboarding community, enthralled with the visual culture surrounding the world of skating. “All my friends who I grew up with who were skateboarding, they were going out and doing graffiti and street art,” he recalls. “So, it definitely had an impact on what I was doing as well, for sure… all the artworks and stuff that I saw, it’s definitely pushed me into a path of drawing and taking up art at college. Skateboarding was very key, I think.”

Yet music remains the most enduring influence. Exposed to jazz via friends at college, Thakali’s exploration through the diverse terrains of hip hop, rock, jazz, funk, soul, and beyond has touched every aspect of his work. Drawing on the inspiration of musicians from a vast swathe of genres and across many different decades adds to the sense of timelessness that pervades his work. While he frequently depicts musicians, he also seeks to try and recreate what music ‘feels’ like. Creating a visual language for the abstract experience of music, Thakali’s recurring interest is in capturing the ‘atmosphere’ of the music he loves.

The path of his career was more obtusely yet profoundly steered by music in 2017, when Thakali met fashion designer Nicholas Daley at a gig and the pair bonded over their shared passion. Since that first encounter, Thakali has contributed to every season Daley has produced, devising artwork to feature on the clothes themselves as well as creating posters and typography for the acclaimed designer. In 2020, Thakali also created the spectacular ‘Return to Slygo’ posters for Daley’s BUILDHOLLYWOOD collaboration.

Now, as he himself becomes the star of the latest Your Space Or Mine campaign, we talk to Gaurab Thakali about the dual influences of Nepal and the UK, how city life and the natural world inform his work, and how his abiding love of music has shaped and guided his life and career.
Read the full interview here 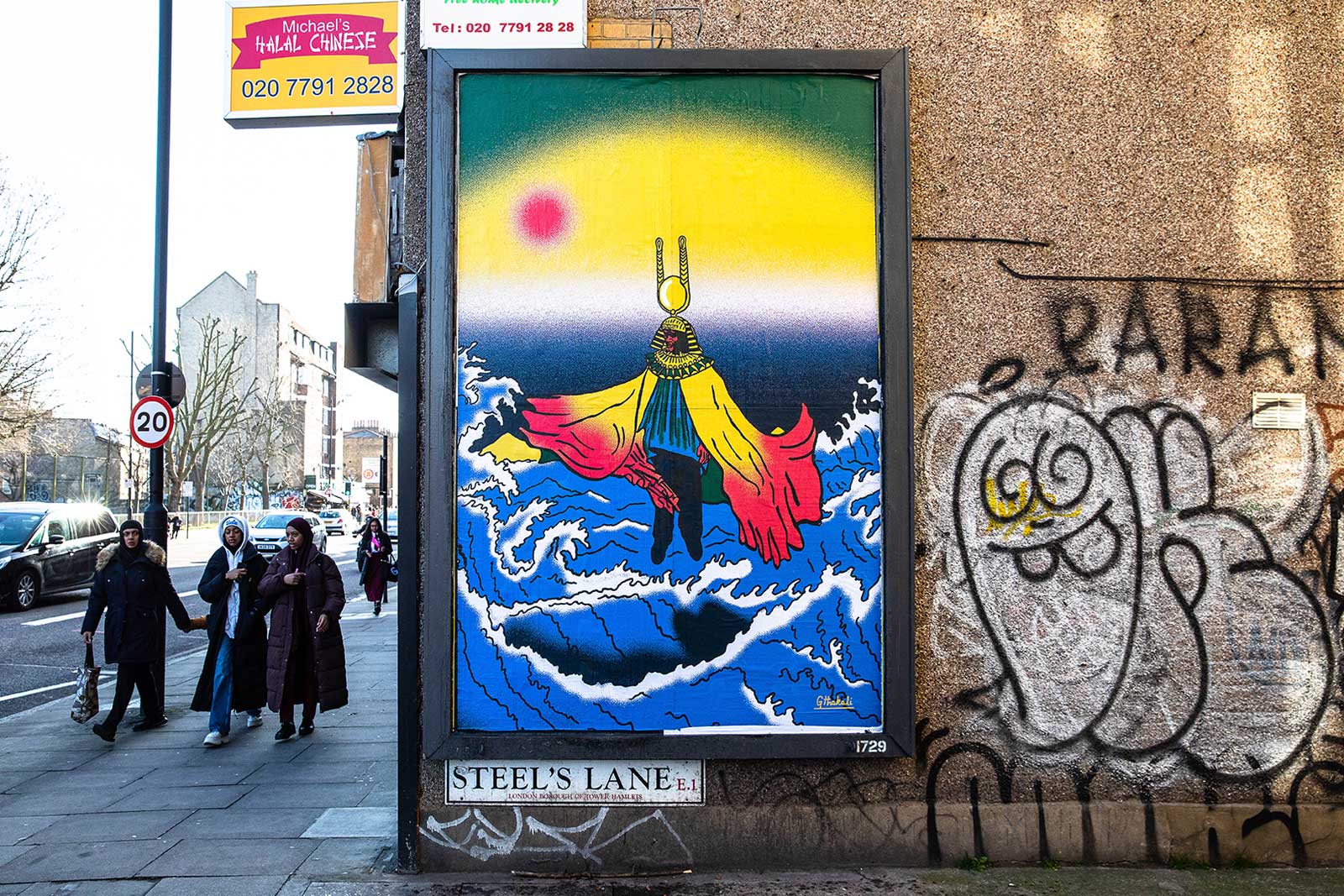 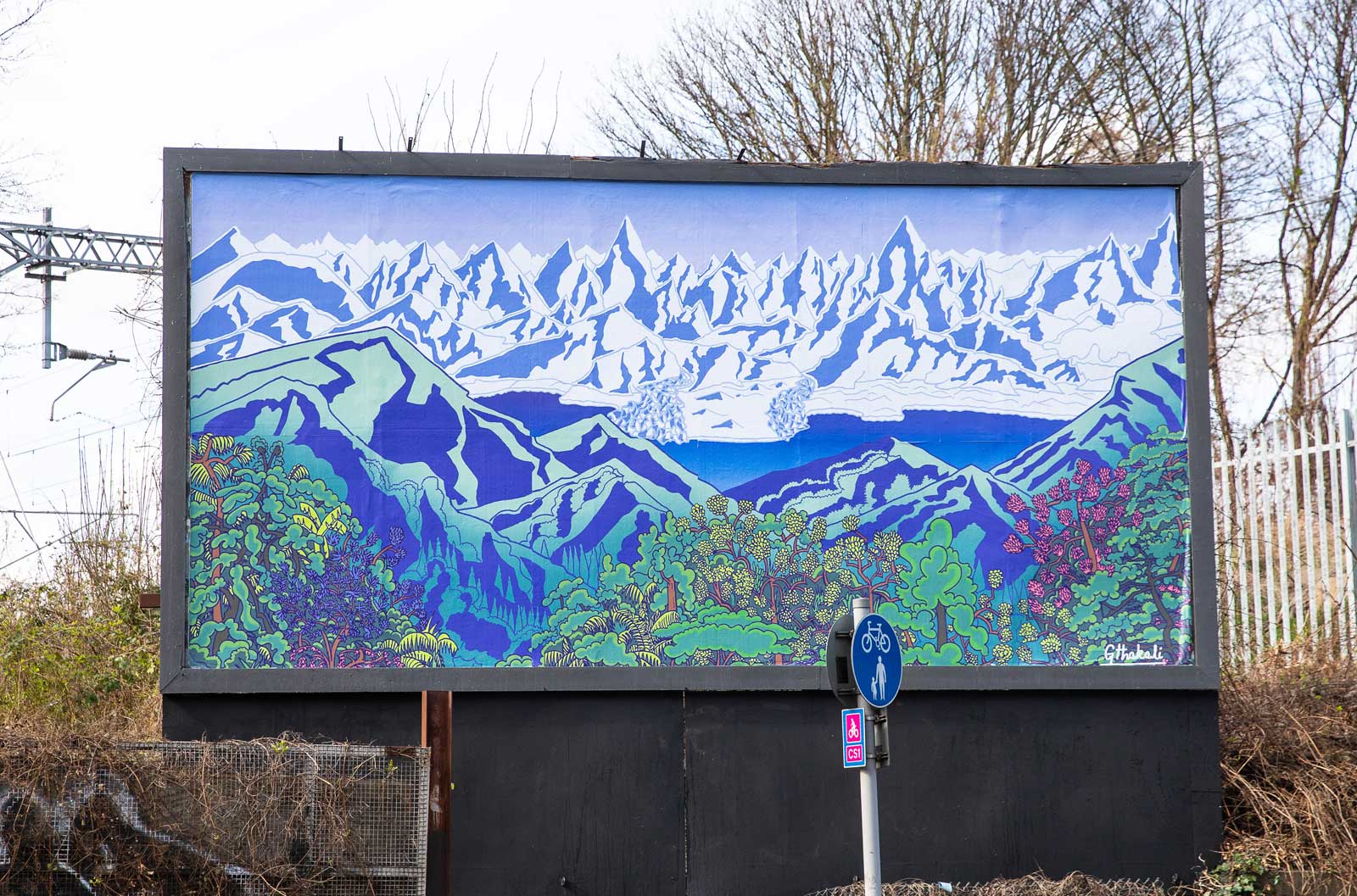 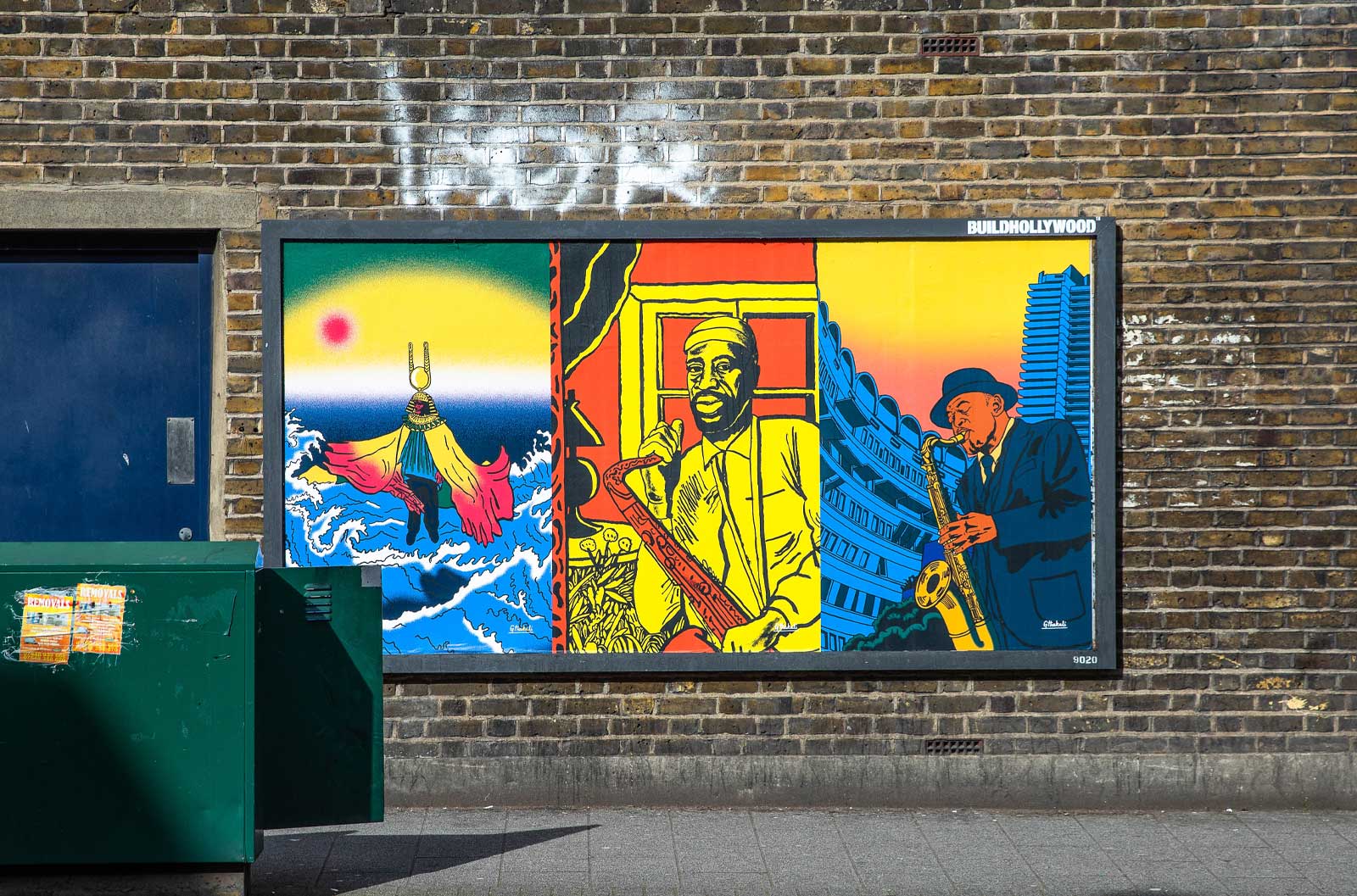 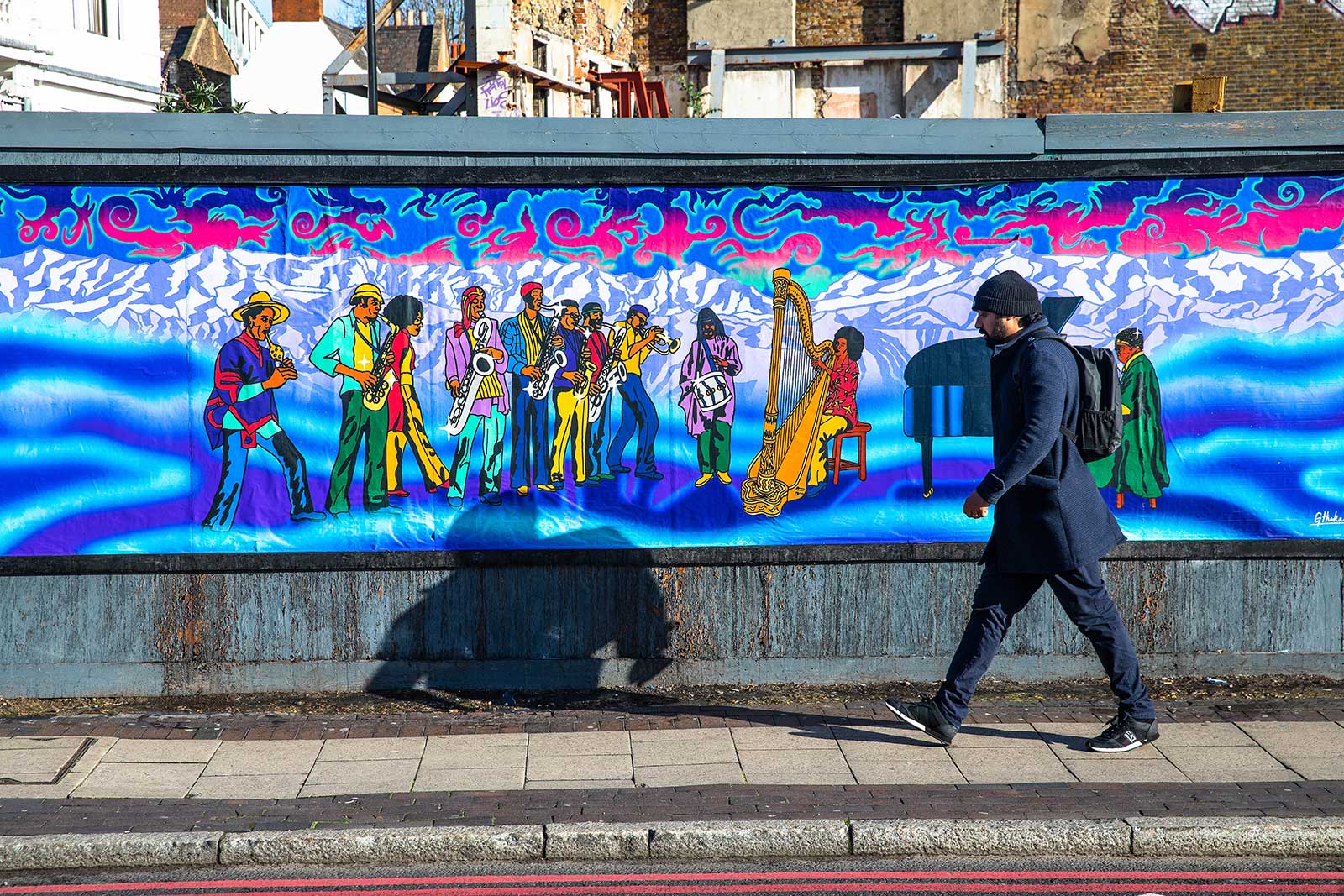 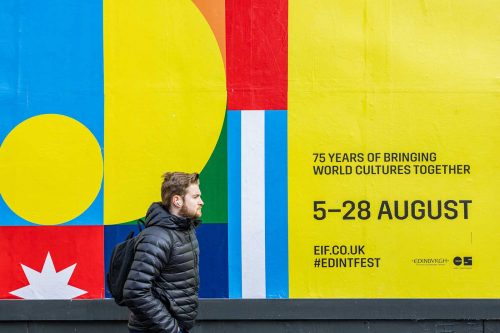 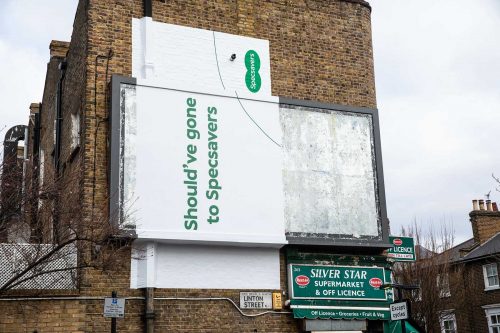