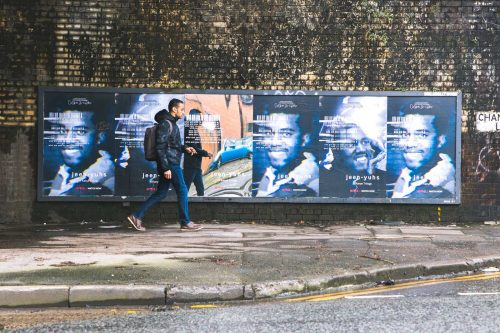 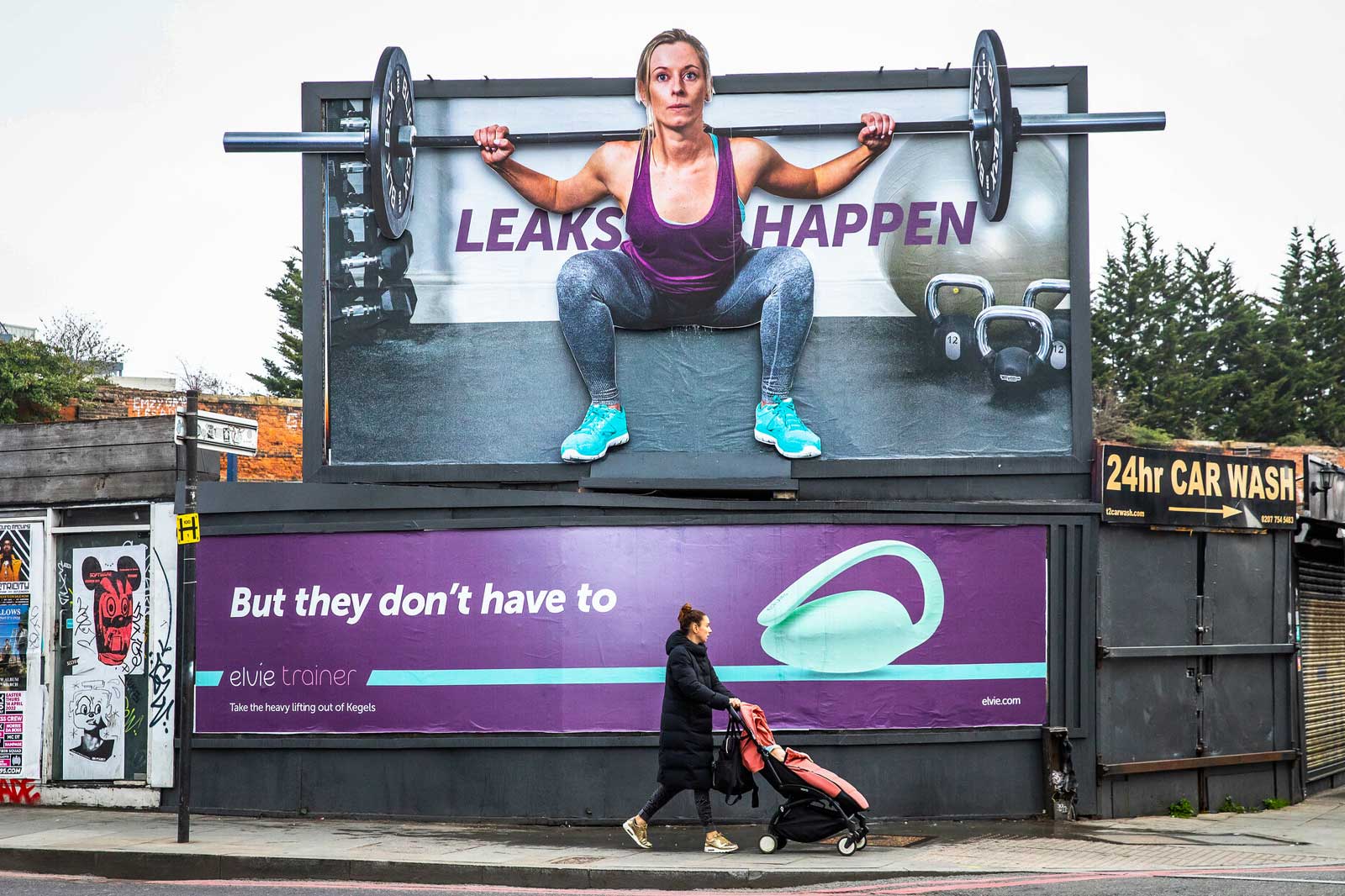 Now unapologetically transforming the women’s health industry, Elvie was founded on the premise that women’s tech needed to move out of the dark ages. Looking to improve “women’s physical and emotional wellbeing while leading taboo-busting conversations”, the Elvie Trainer, a smart Kegel trainer seeking to strengthen the pelvic floor, is one of its latest offerings – and an ideal opportunity to achieve its aims.

To make Elvie’s vision a reality in the centre of London, we worked with Kinetic and Don’t Cry Wolf. The show-stopping creative billboard took a tongue-in-cheek approach to incontinence, which we built to spurt water out from a 3D model of a woman leaking while lifting, who contributed her story to Elvie’s campaign. It stole the show online as much as it did on the streets – appearing in The Drum, Adweek, Campaign, Glamour, the New York Post, The Cut, Metro and many, many more, as well as going viral on social media. 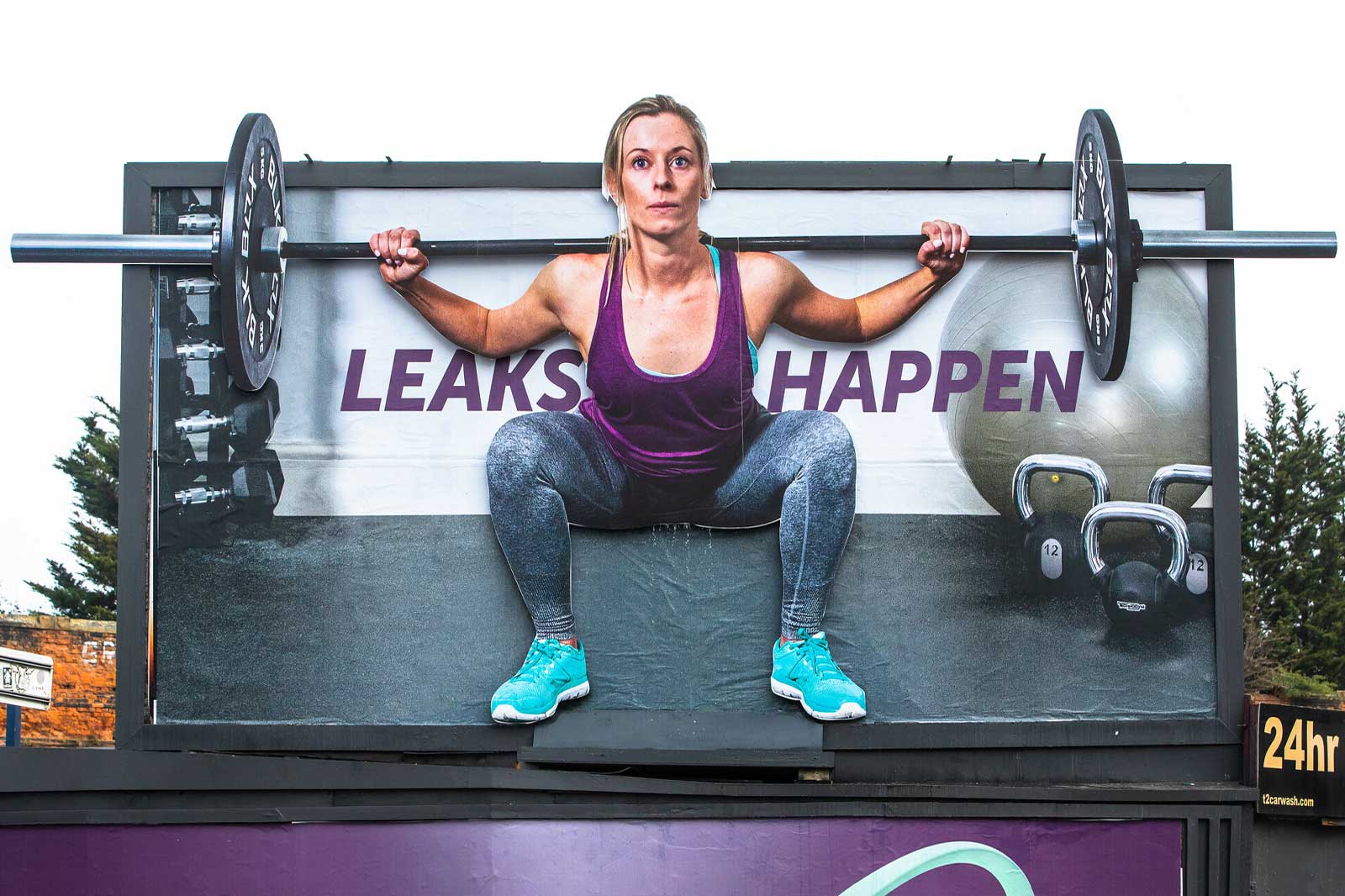 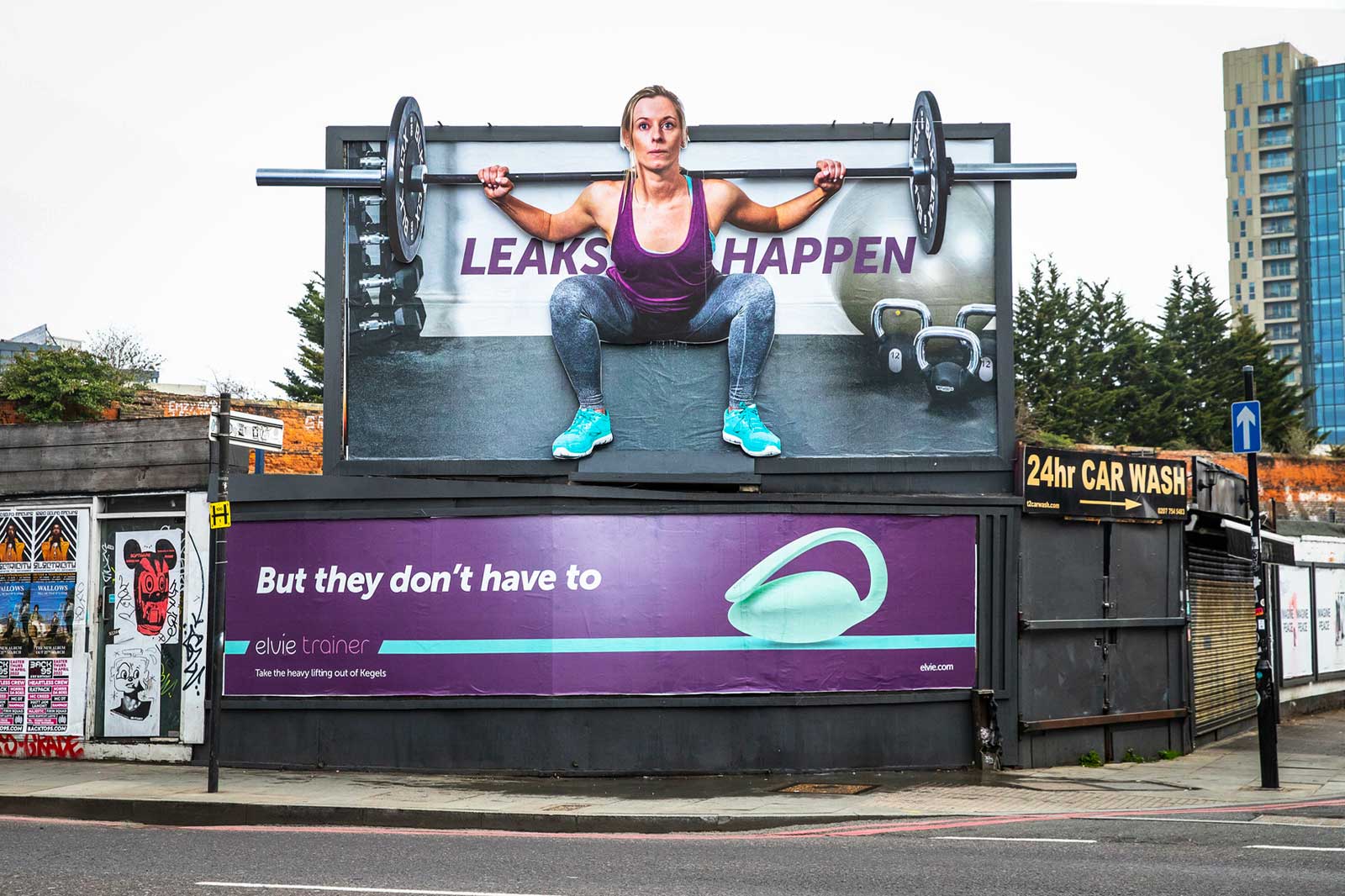