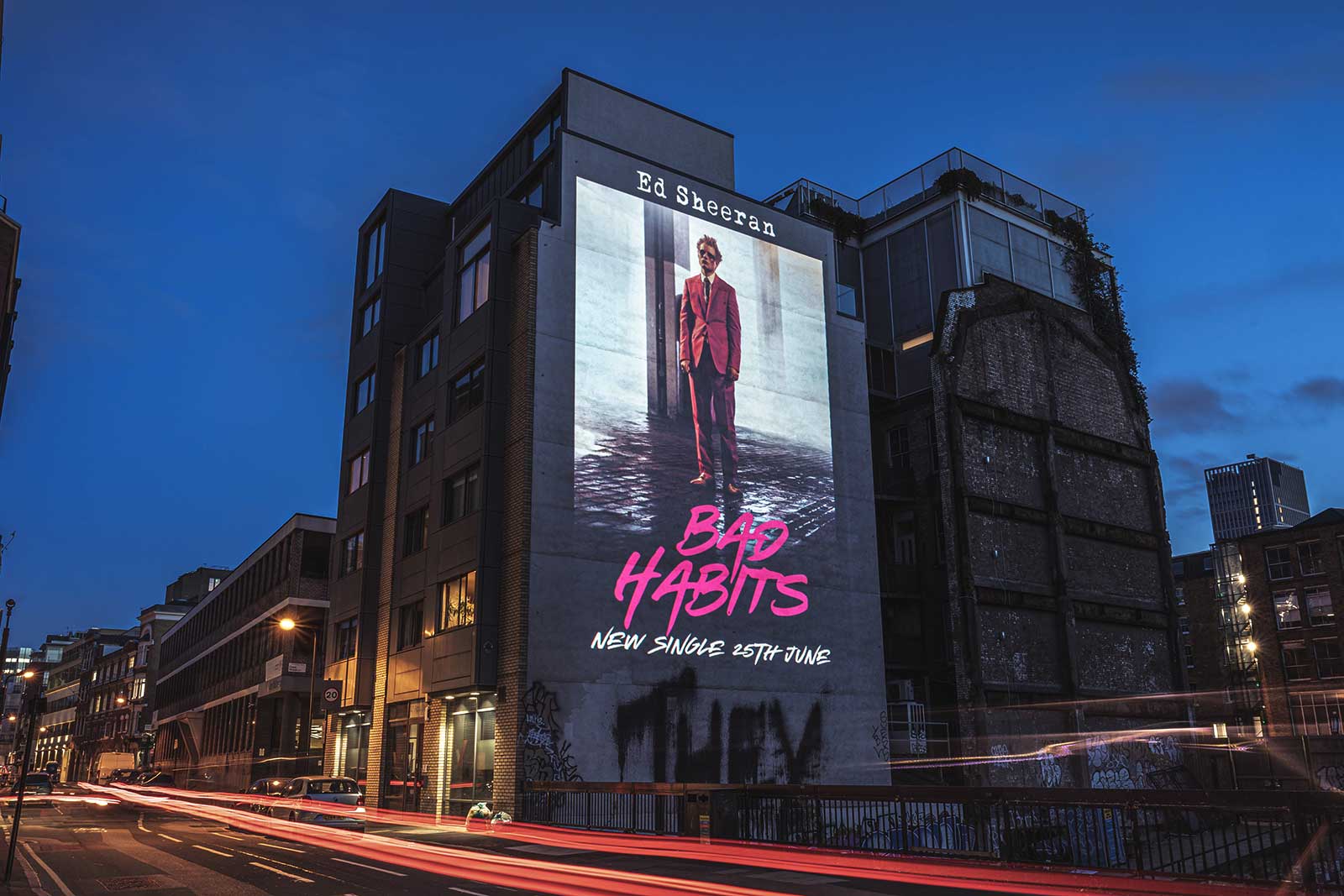 Most-streamed artist of a decade, highest-grossing tour of all time, more platinum certifications than you could ever hope to count, 6 Brit Awards, 4 Grammy Awards, and that’s just the start of his accolades… It could only be Ed Sheeran – the artist of a generation.

After a well-earned hiatus, he’s finally back with new music, so we teamed up with Atlantic Records to give it a huge launch on the streets. Bad Habits is the first single off Ed’s upcoming fifth album, with an other-worldly music video full of vampires, peculiar creatures and a hot pink suit to inspire its street-side creatives.

Alongside street poster displays in Glasgow, we projected Ed’s album art and single launch date onto iconic London landmarks and took over our Shepherd’s Bush megasite, with a digital screen display and a huge, UV-illuminated creative billboard, ahead of the release topping the UK Singles Chart – as Ed so often does. 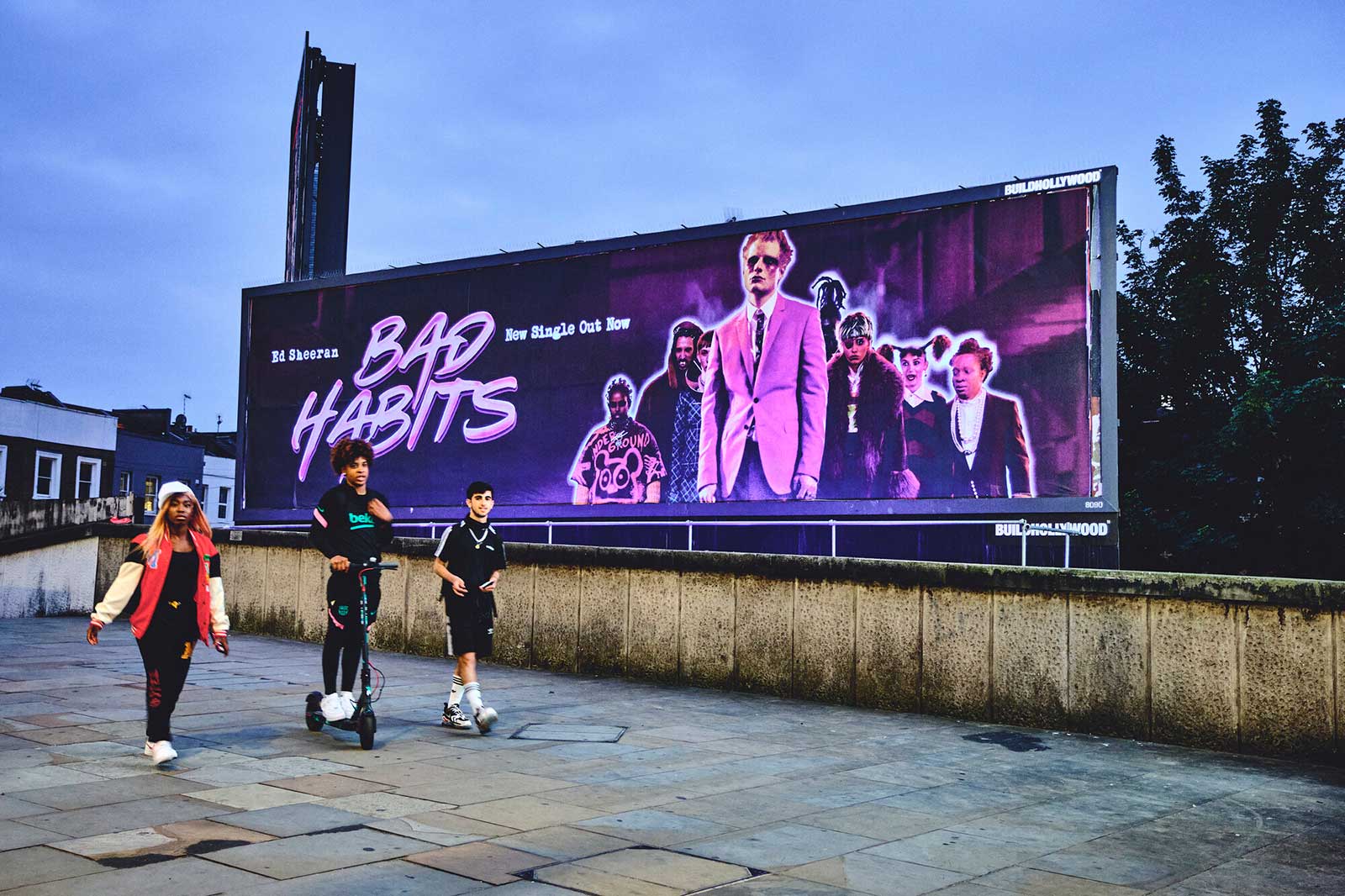 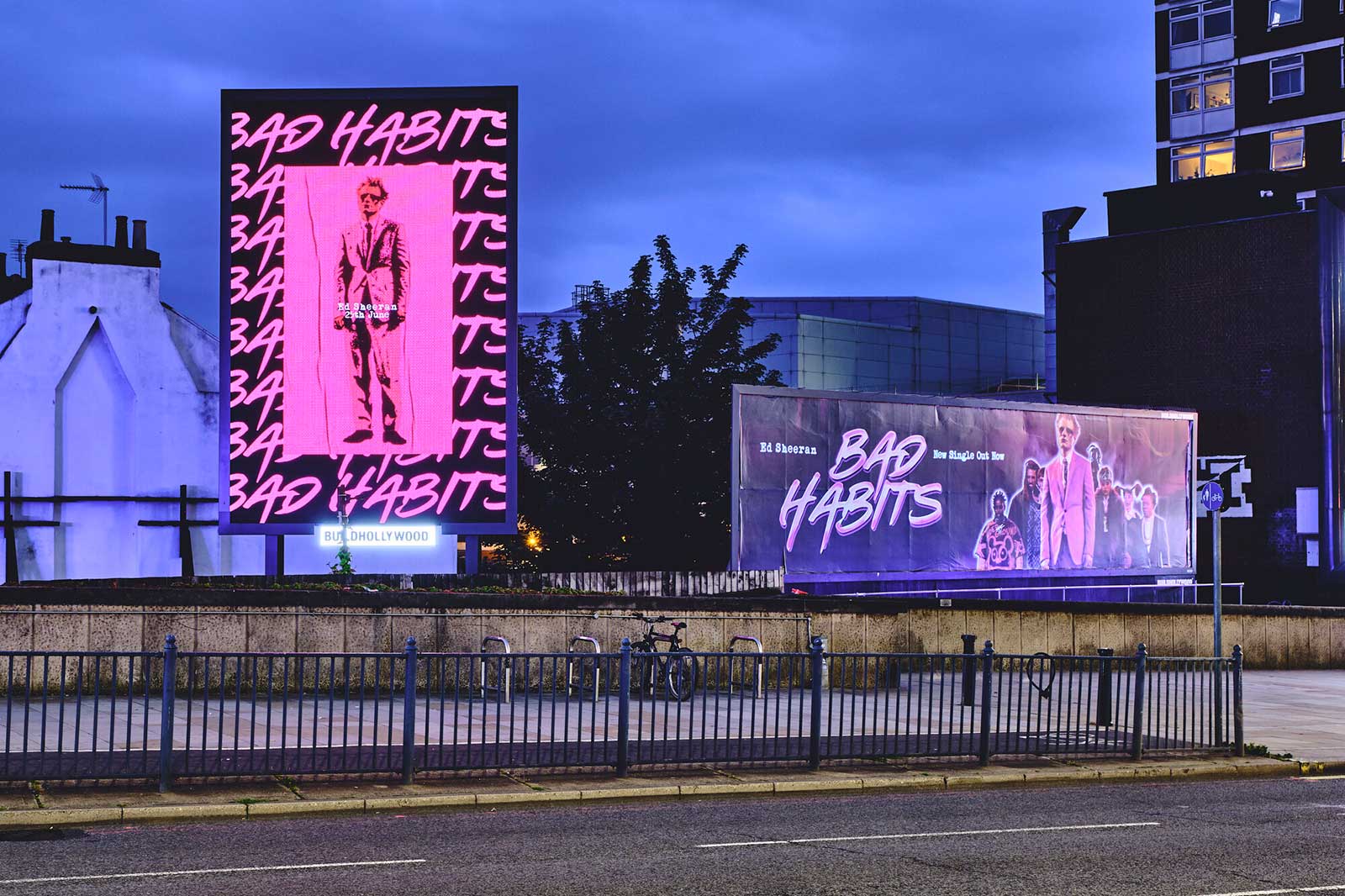 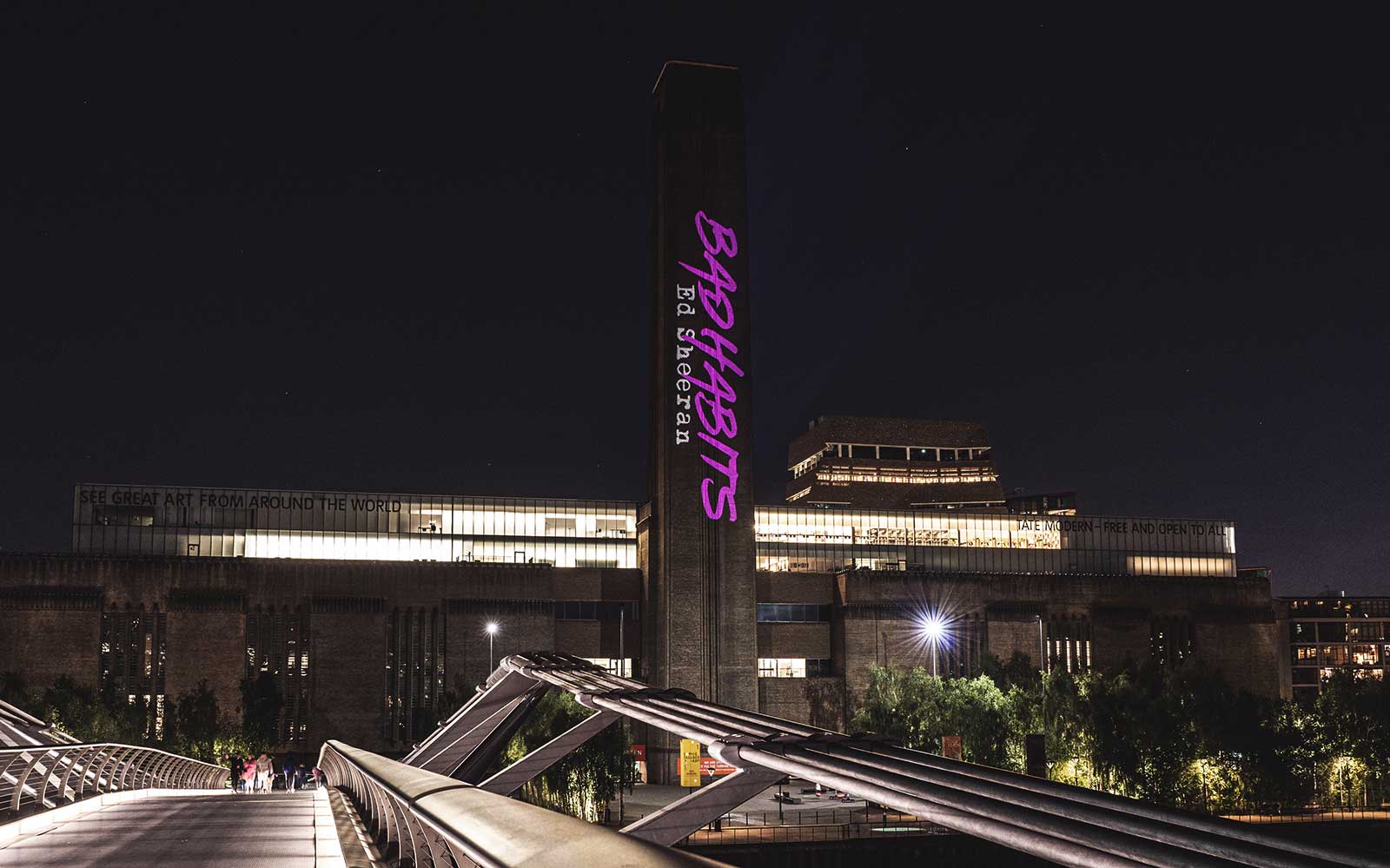 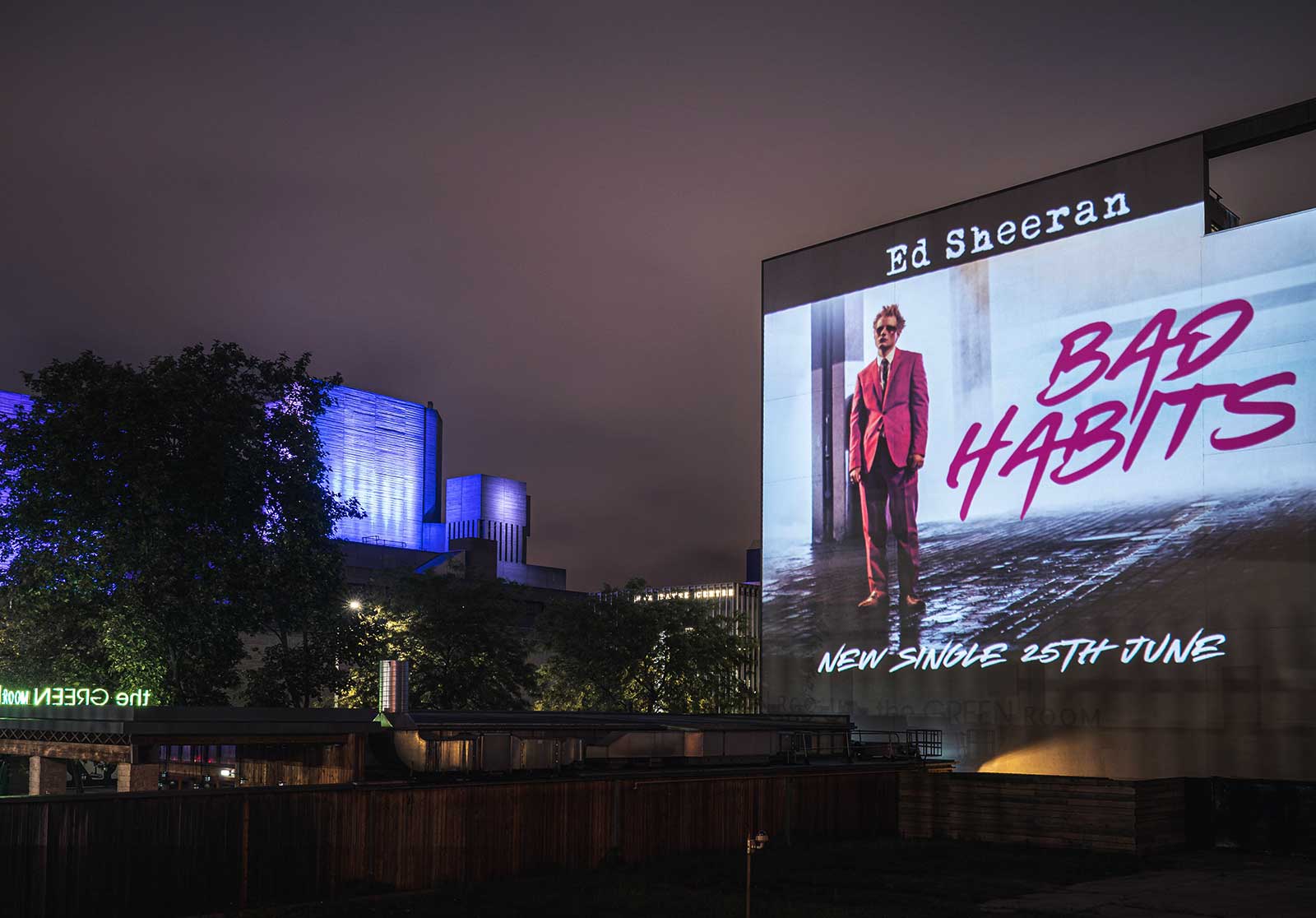 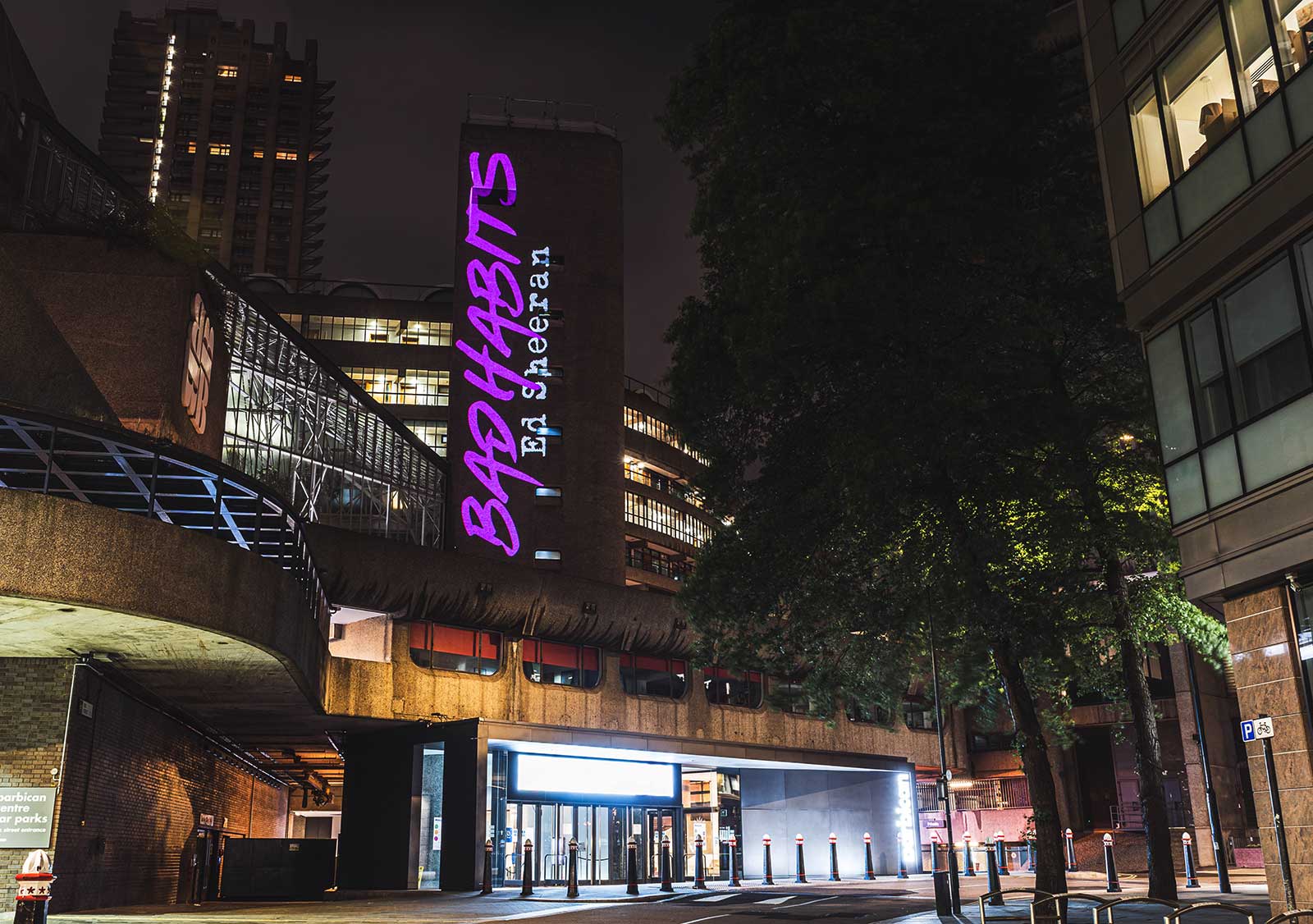 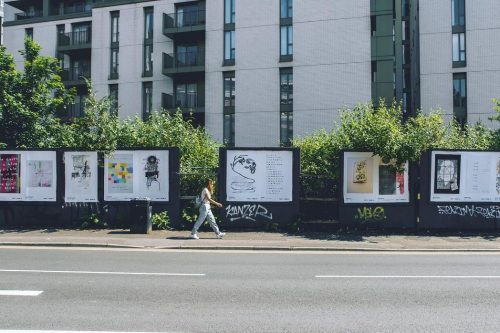