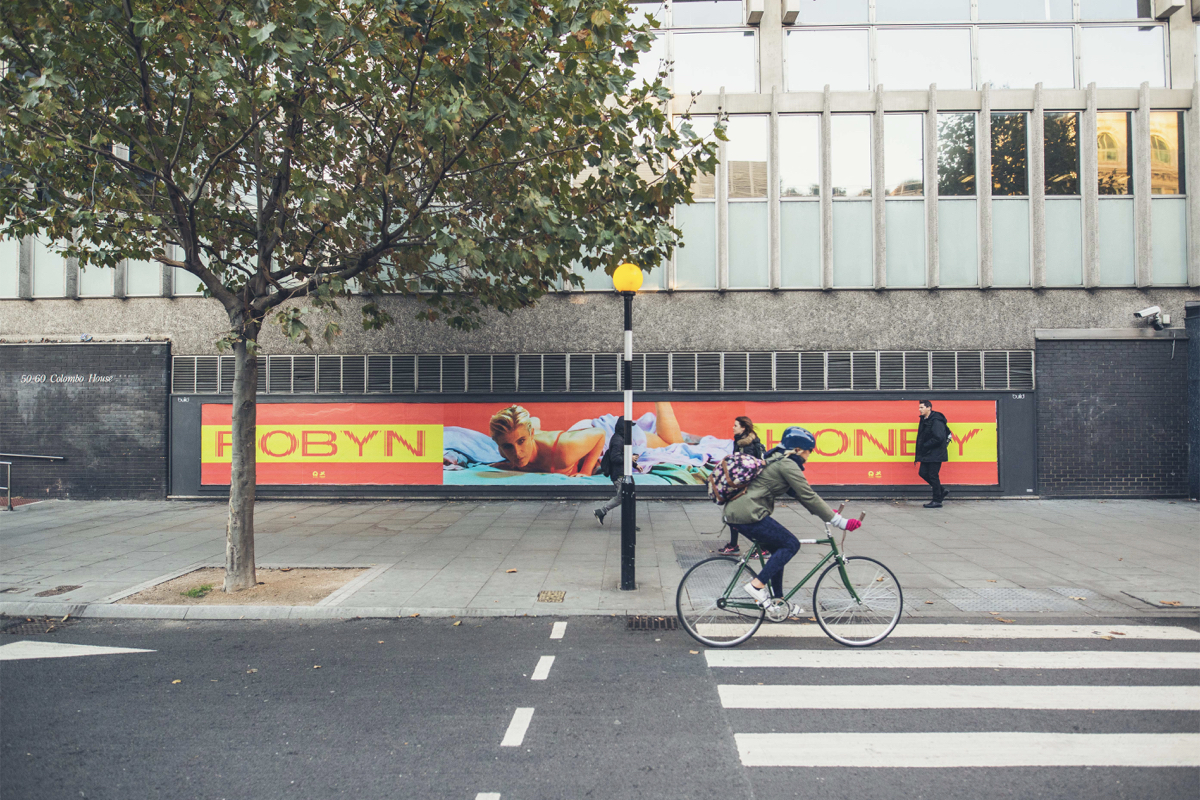 After an eight year hiatus, Swedish pop queen Robyn has returned with her sixth solo album, Honey. The album addresses several of the reasons behind the lengthy gap inbetween albums, from the death of her longtime producer and friend to the break-up of her relationship, and received near perfect reviews on release from Rolling Stone, Pitchfork and The Guardian amongst others – the latter describing it as “beautifully personal pop perfection”.

We were excited to welcome Robyn back, working with Universal on a high impact teaser for the album launch. Promo of the Swedish star popped over all London, and culminated with a huge takeover of our site in Blackfriars on release week.

Find out more about Honey and download the album here. 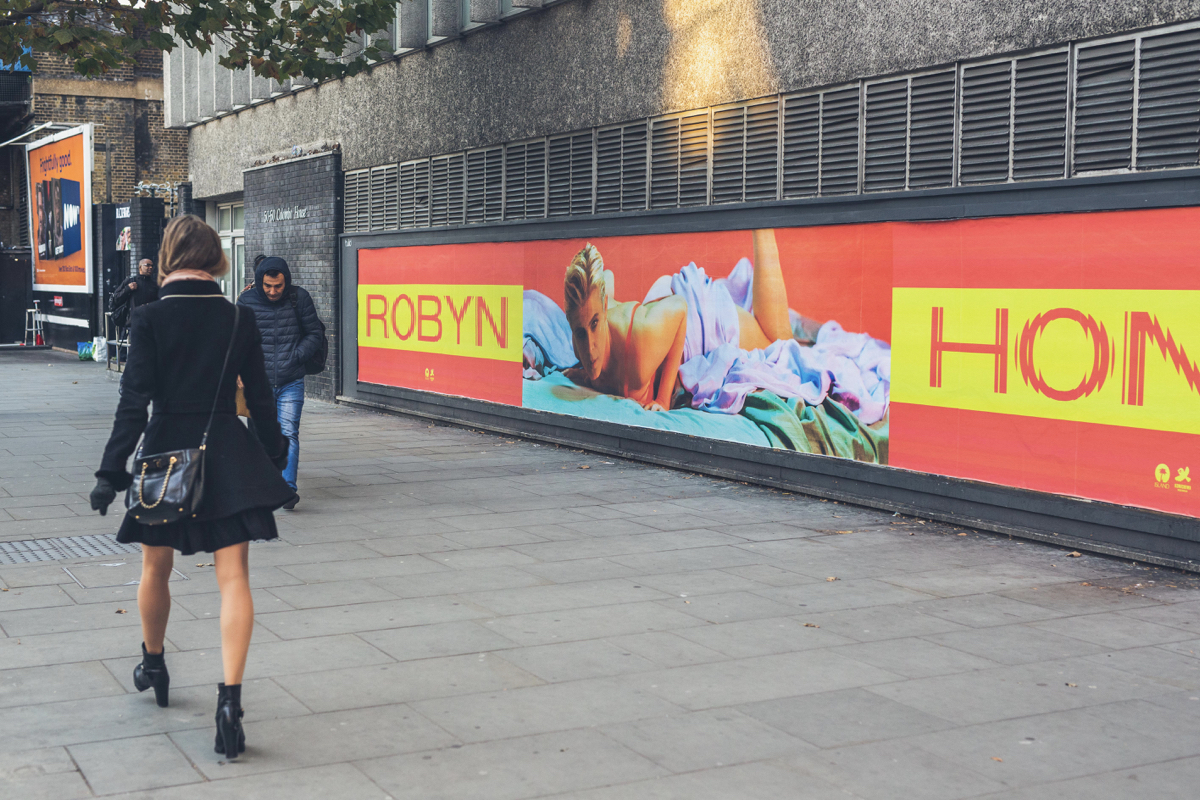 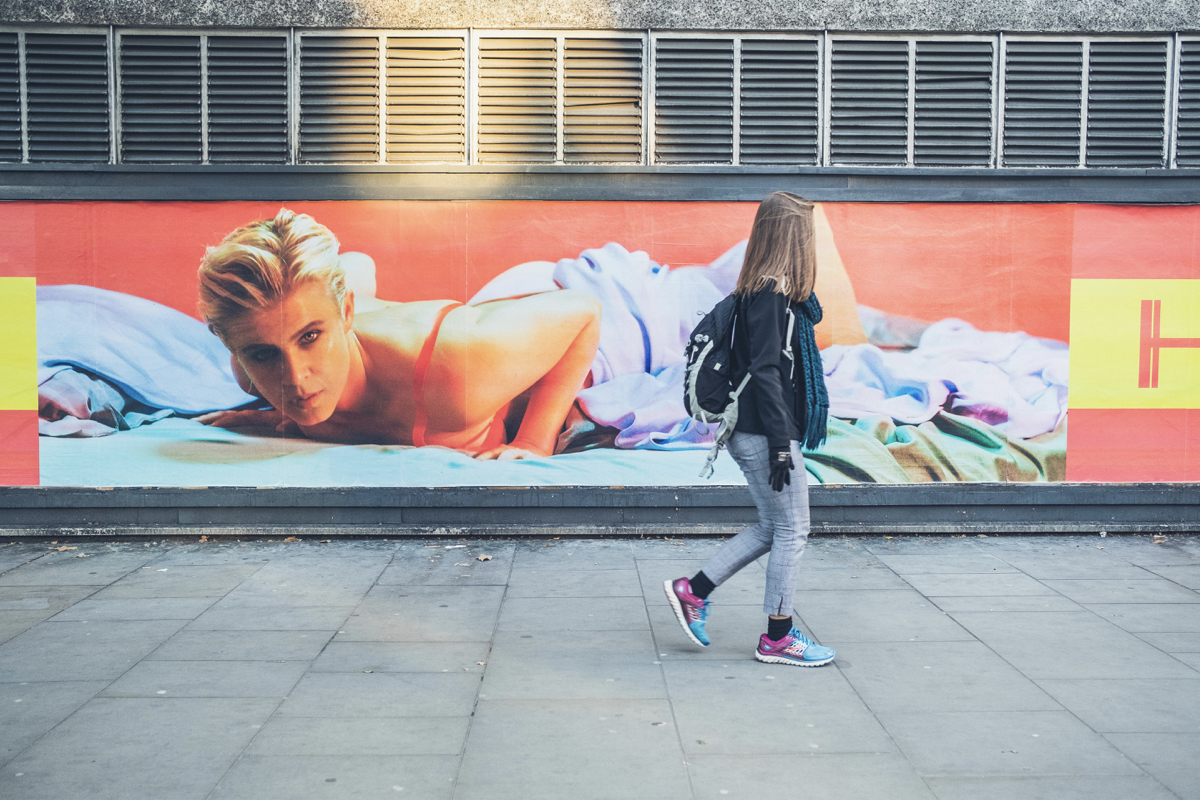 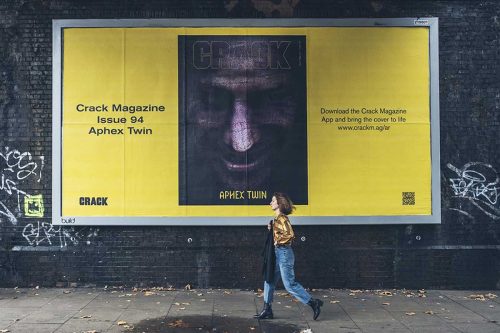 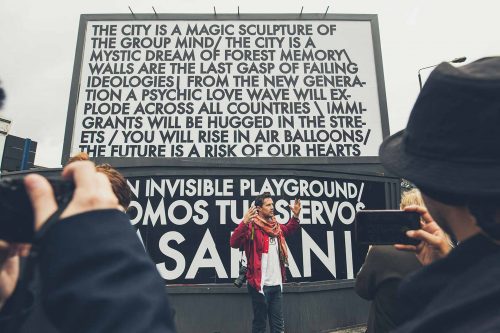