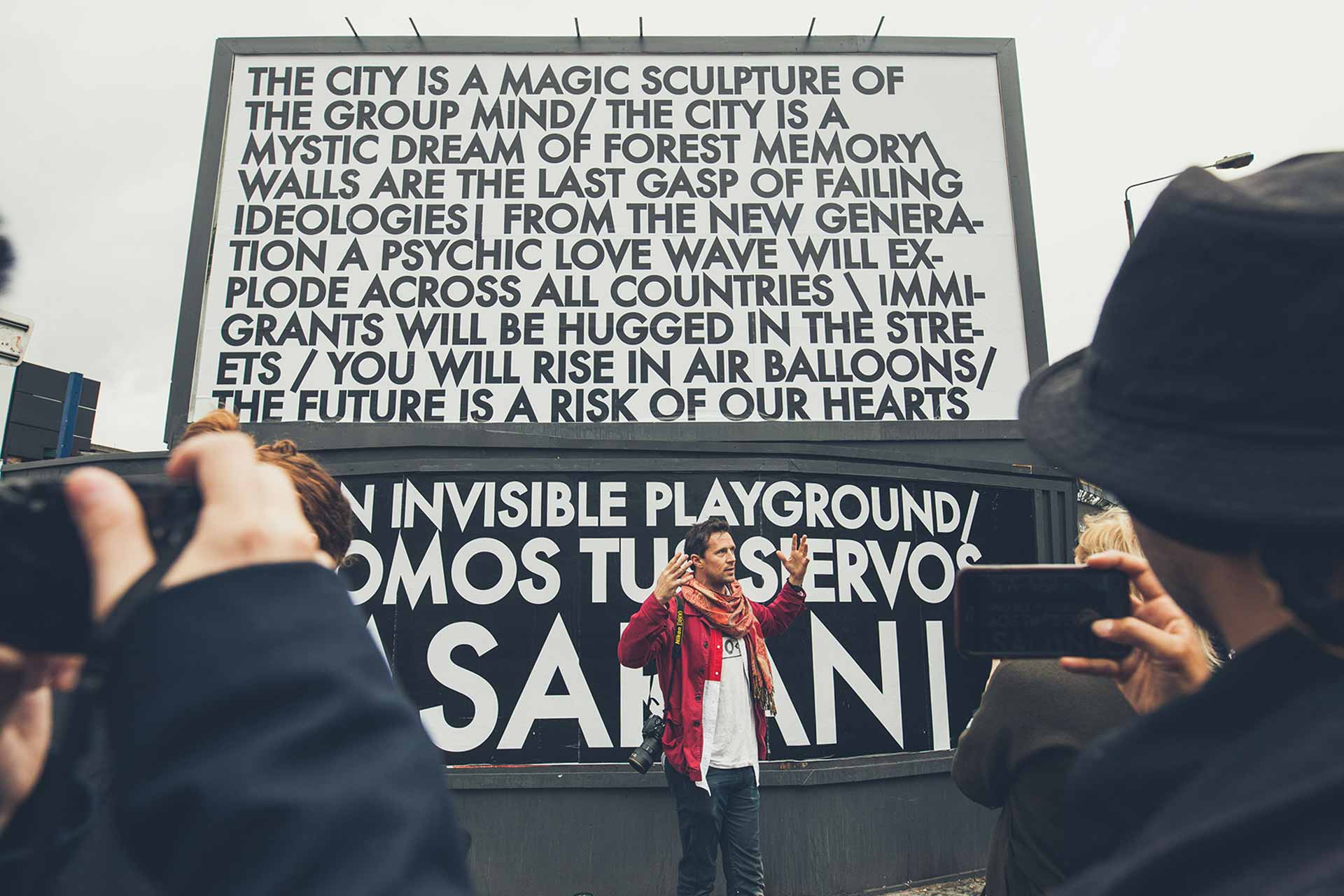 We are delighted to have collaborated with Robert Montgomery this past weekend as part of our Your Space Or Mine project – an ongoing initiative providing a platform for artists and creatives on the street. This side project allows us to move away from the land of advertising every now and then, giving us the chance to flex our creative muscles by using our poster sites in unique and inspiring ways.

Montgomery has been called a vandal, a street artist, a post-situationist, a punk artist and the text-art Banksy. His work puts poetry in front of ordinary people in eye-catching visual formats, taking the written word to the most physical of spaces. The collaboration saw Montgomery takeover five of our major sites in East London, responding to these spaces by creating a series of poems using his signature style.

The poems were lyrical, dreamy and almost optimistic, covering the themes of modernism, racial and gender equality, immigration, love and hope, as well as strong statements against Donald Trump’s denial of climate change. Montgomery and urban explorer Niall McDevitt also lead an up close and personal walking tour of the Billboard Poems focusing on the poetry itself as well as the surrounding location.

“I started doing billboard works in Shoreditch in 2004 as my own protest against the Iraq War, and doing billboards in Shoreditch formed the backbone of my work throughout the 2000s. I no longer live in the neighbourhood, it’s too expensive for artists now, but being invited back by Jack is thrilling as I’m getting to take over whole streets where I used to live. It’s letting me work across multiple billboards and look at each street as a giant graphic poem and experiment much more with the visual aspects of the work. I’m thinking of them as concrete poems really with the billboard as the page and pushing the graphic elements more than I’ve been able to before.” – Robert Montgomery. 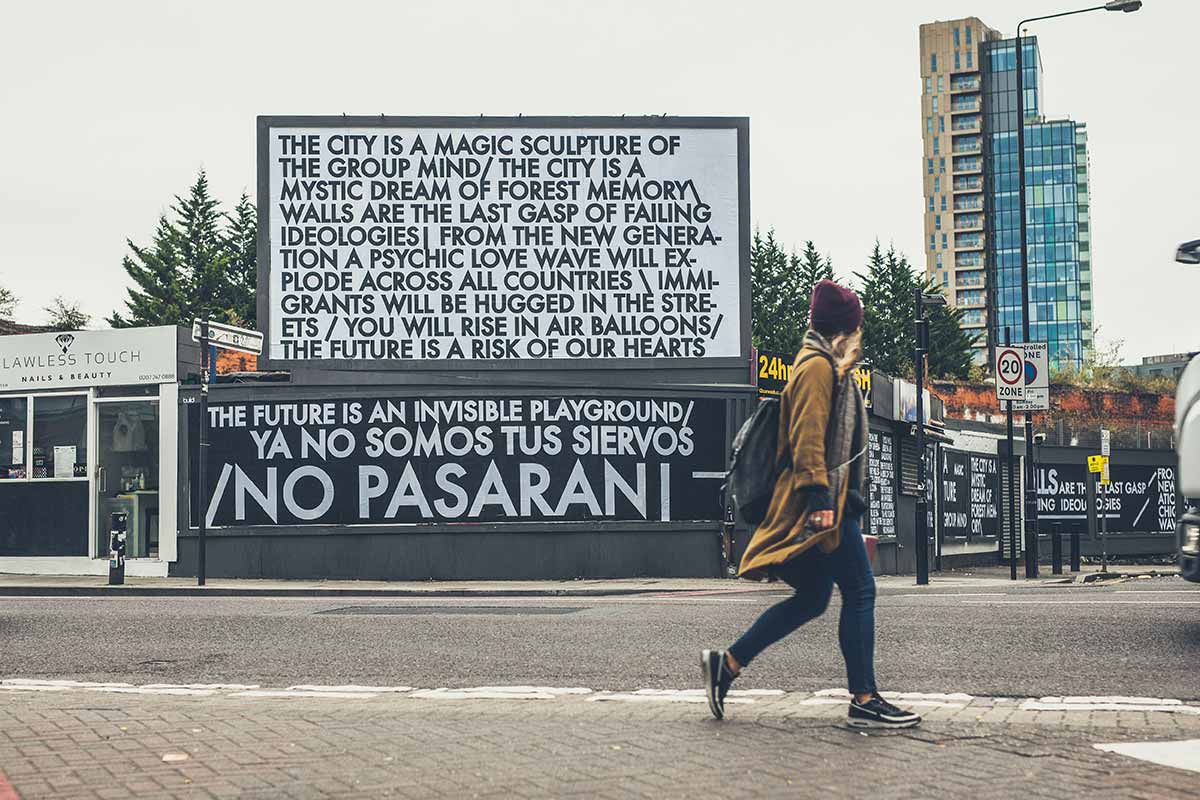 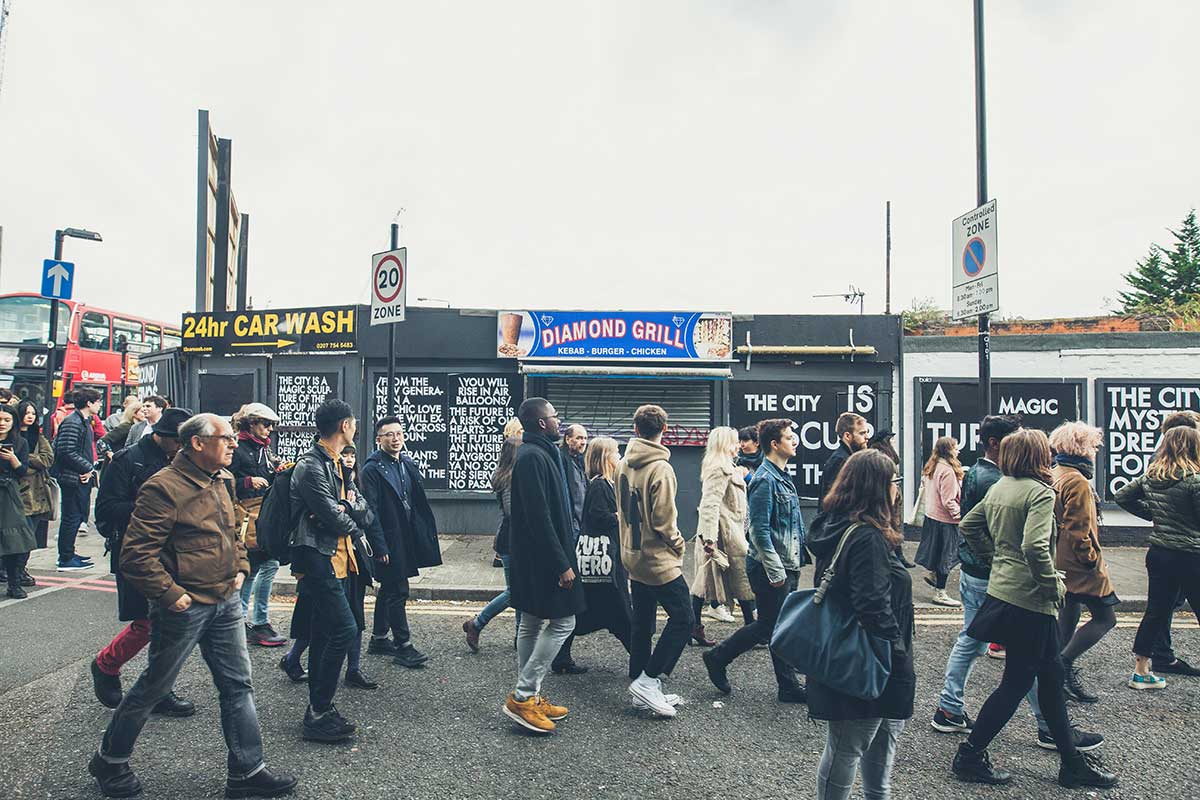 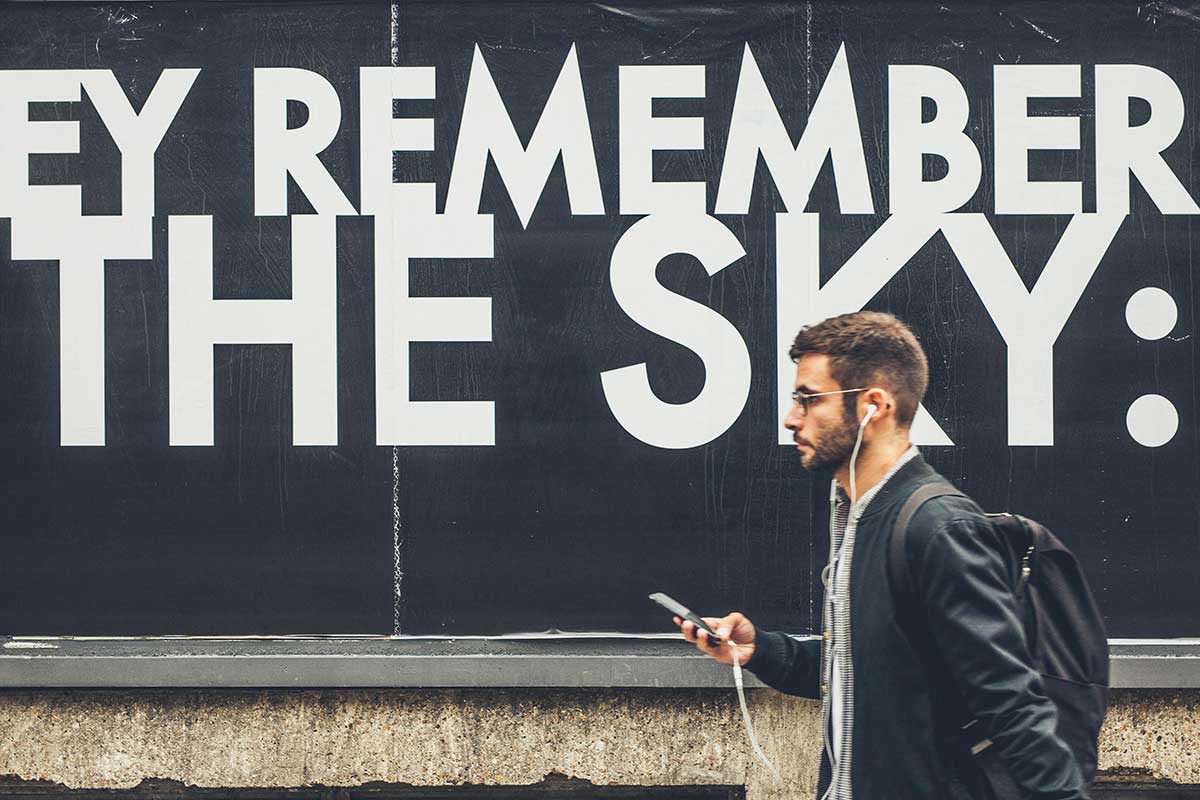 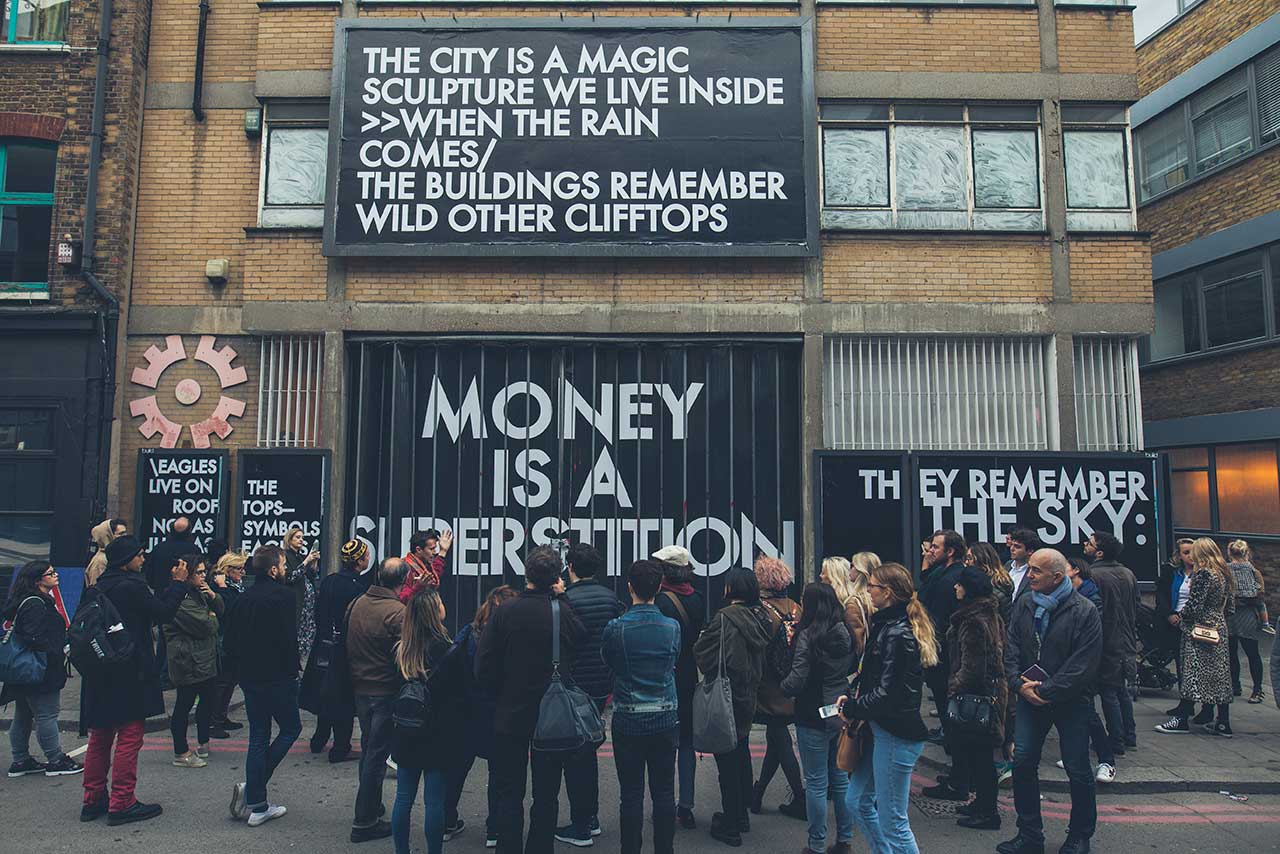 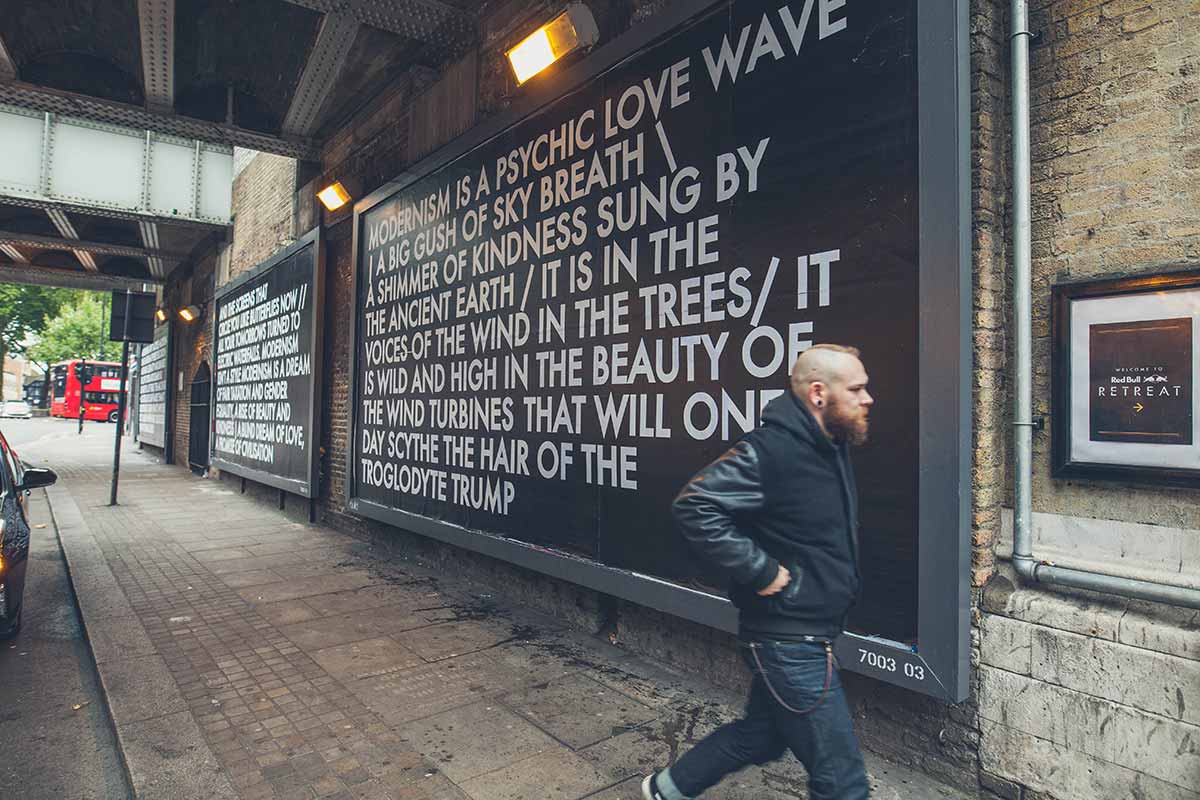 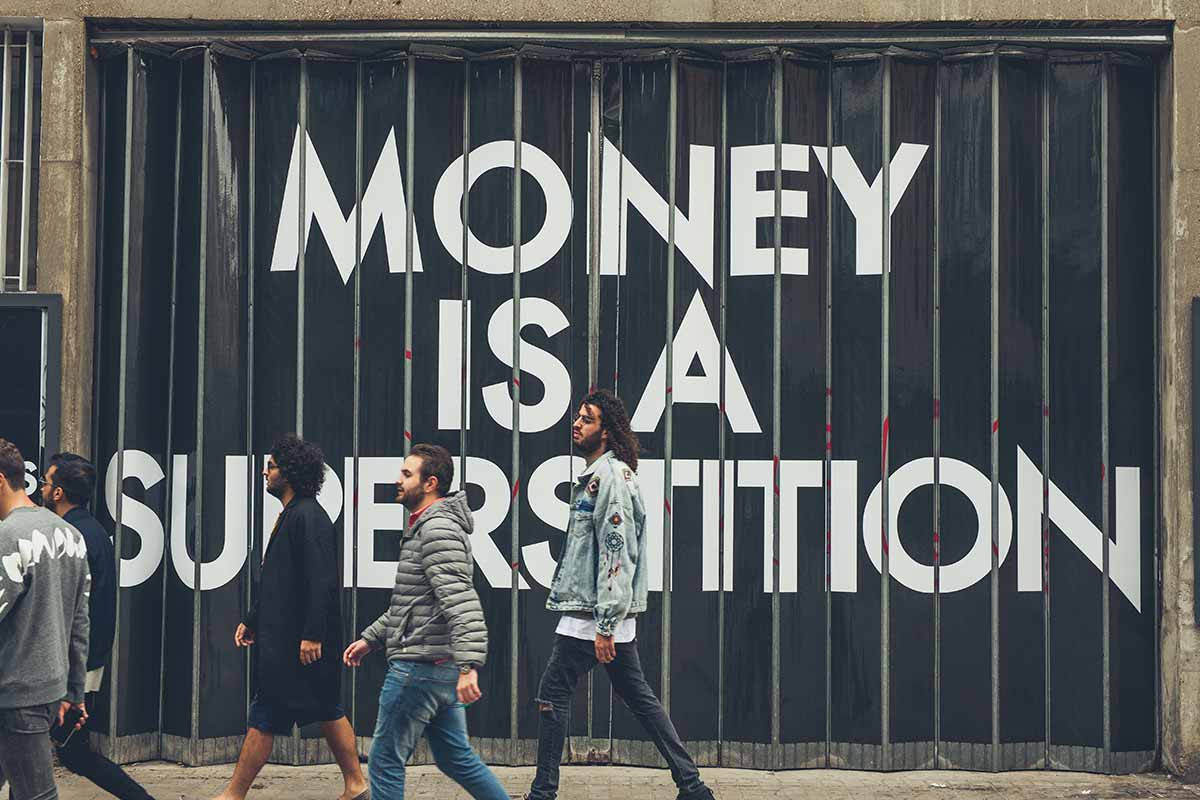 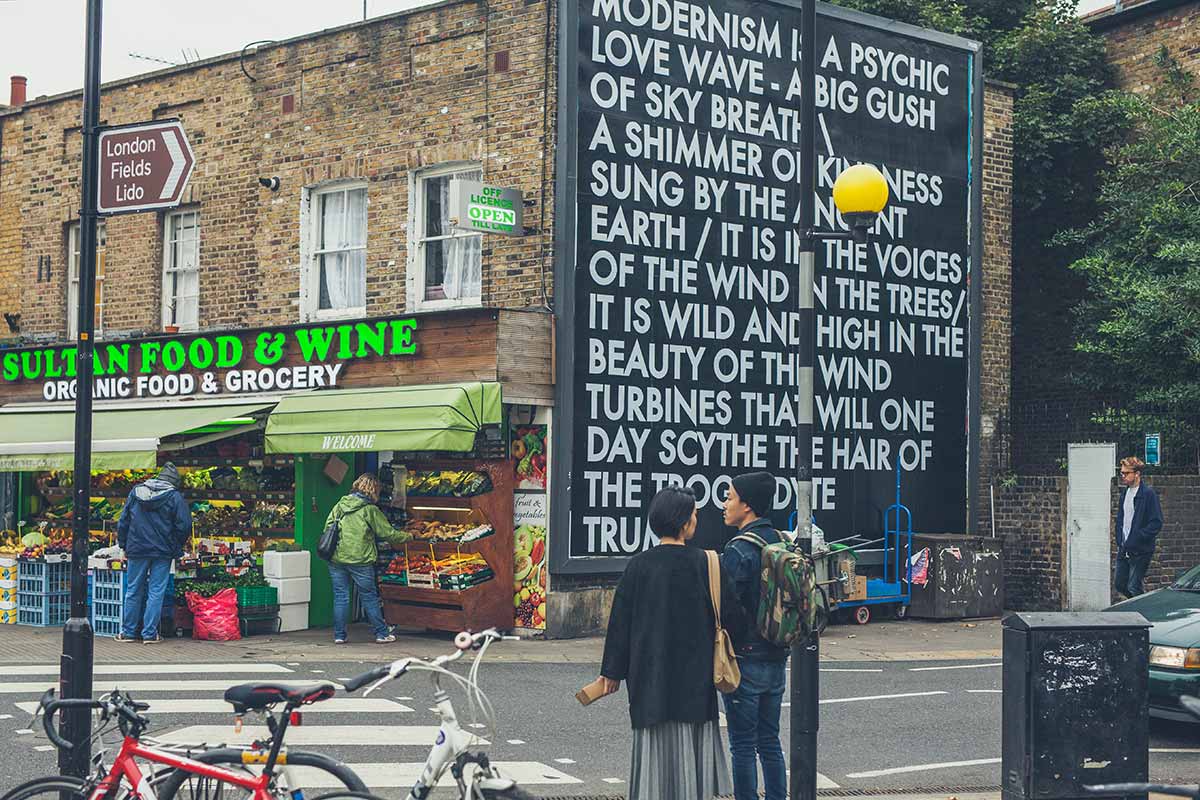 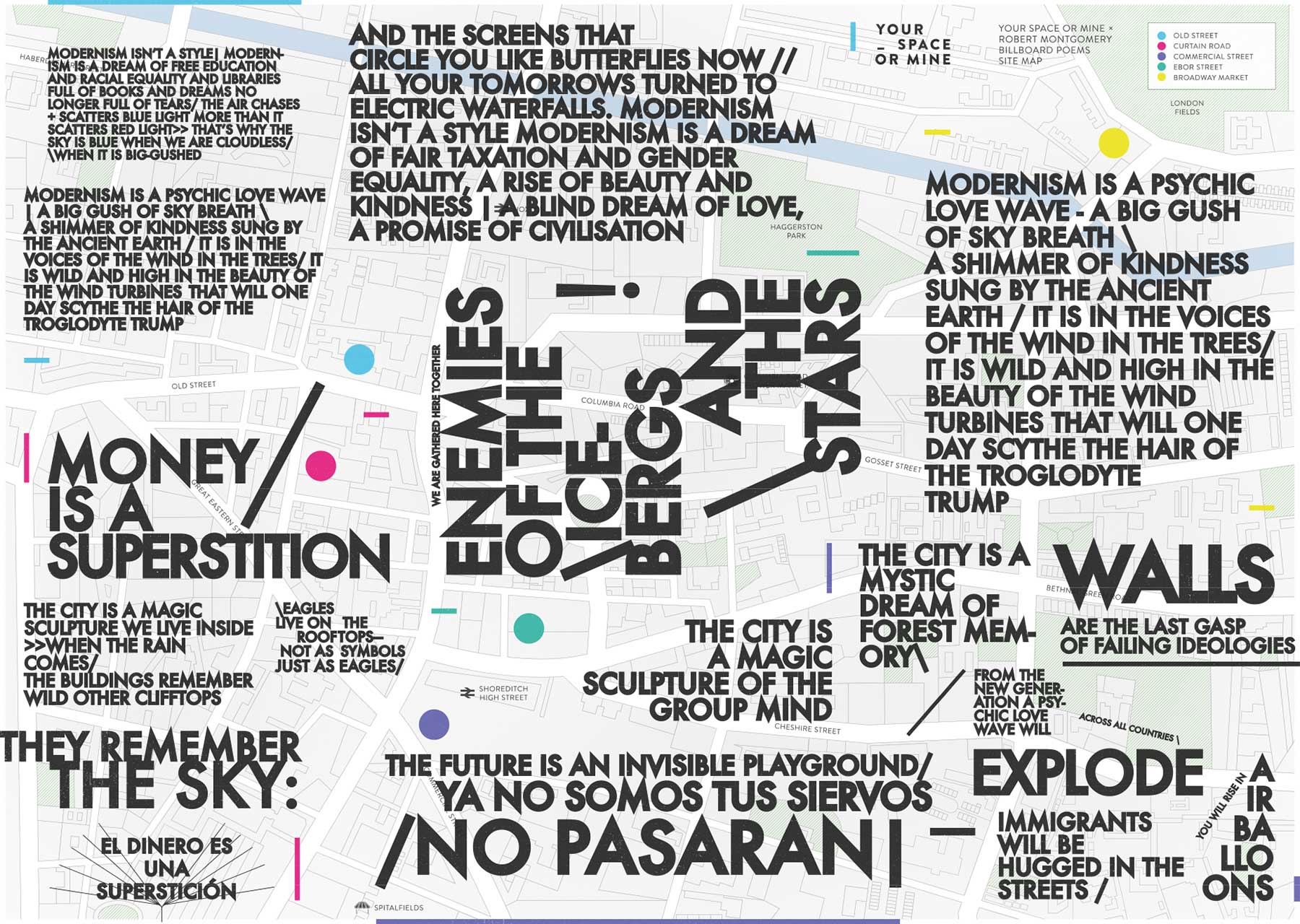 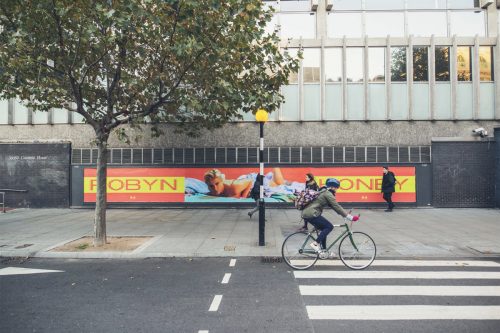 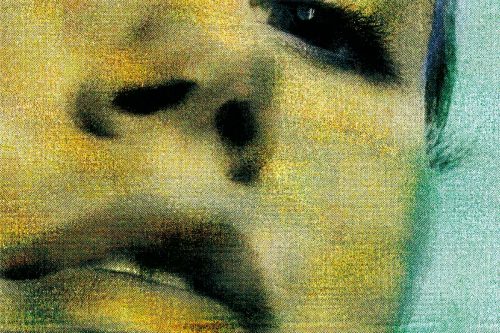