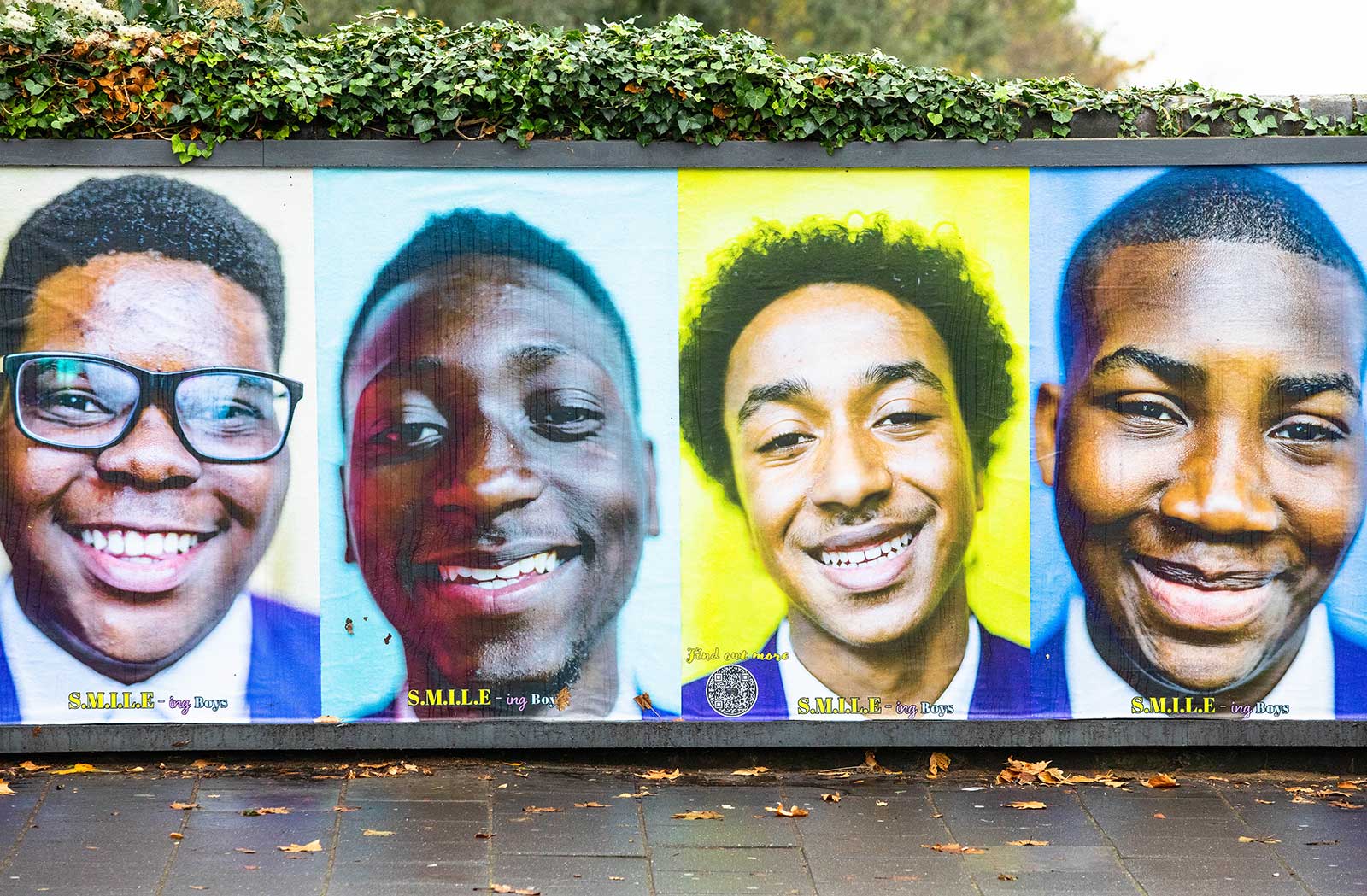 As part of Hackney’s Black History in the Making season, international artist Kay Rufai has been bringing together a research-led mental wellbeing project for Black boys in the borough – called S.M.I.L.E-ing Boys.

The project was created as an alternative response to the rise in the number of young people being adversely impacted by violence, which has been met by reactionary measures from the national government. Tougher criminalisation of youth, increased stop and searches, and greater police presence in majority communities has seemed to hinder – not help – the issue.

Kay was instead inspired to consider the subject of increasing violence through the lens of public health – which required looking into the mental health provisions for the demographic in question – or as it became apparent, the lack thereof.

Kay’s research took him to countries with world-beating measures of happiness, including Denmark, Bhutan and Sweden. While travelling, he uncovered eight factors deemed responsible for the ratings – which were used to form the basis of subsequent workshops for 13-year-old boys back in London. Involving poetry, discussion-based art sessions and photography, the sessions sought to develop the boys’ ways of expression, encouraging them to explore their sense of identity, and find new ways to manage their own happiness.

Now, Kay has worked with over 300 Black boys from ten London boroughs. The projects have been used to create exhibitions across the city – including Hackney Council’s, which is presenting 17 portraits of its own S.M.I.L.E-ing Boys.

We’ve worked with Hackney Council to help display the portraits in public spaces across Hackney – including on a trio of our sites on street-sides in the borough – alongside an exhibition at Hackney Bridge, bringing important sentiments about happiness and community-focused solutions to the fore. 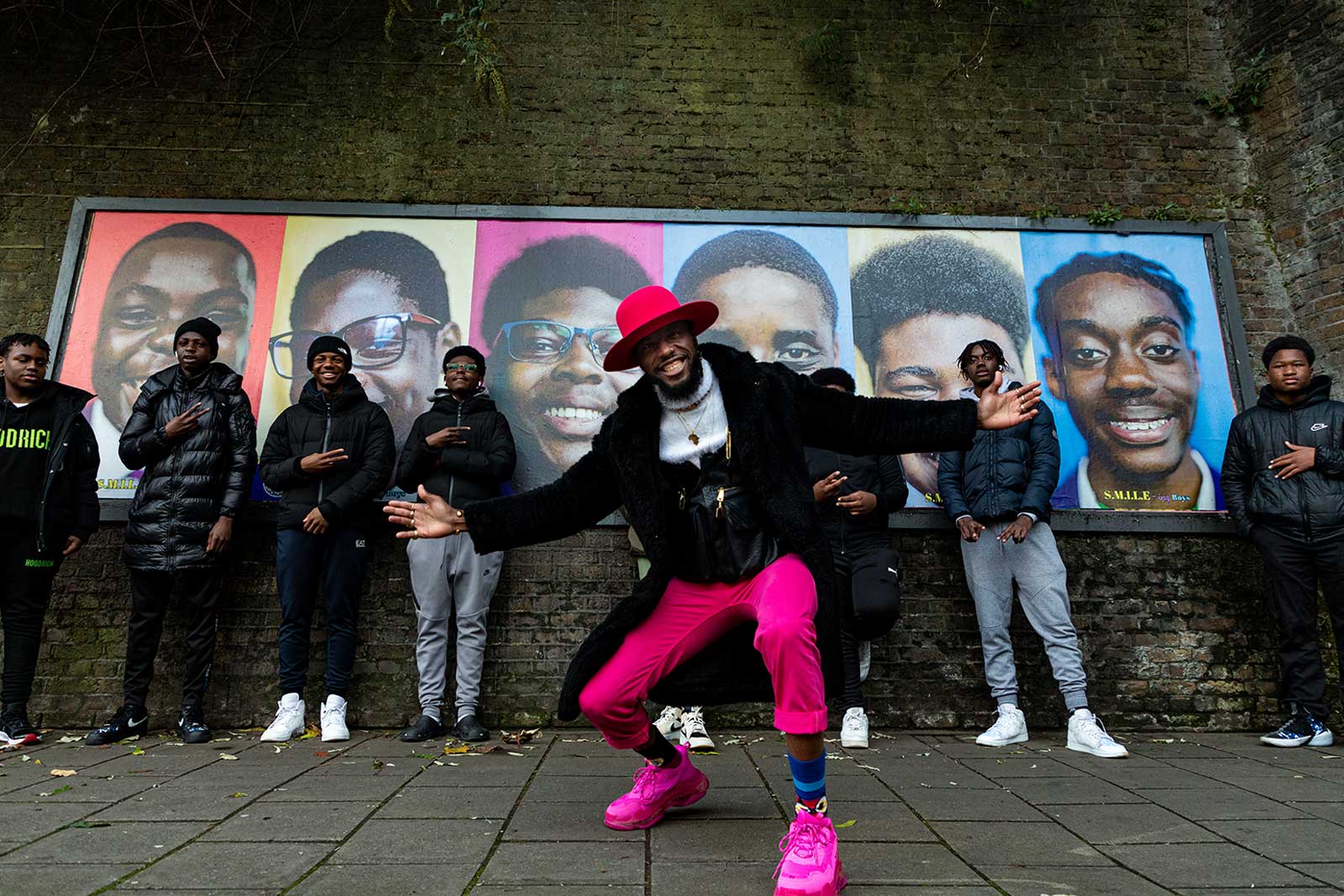 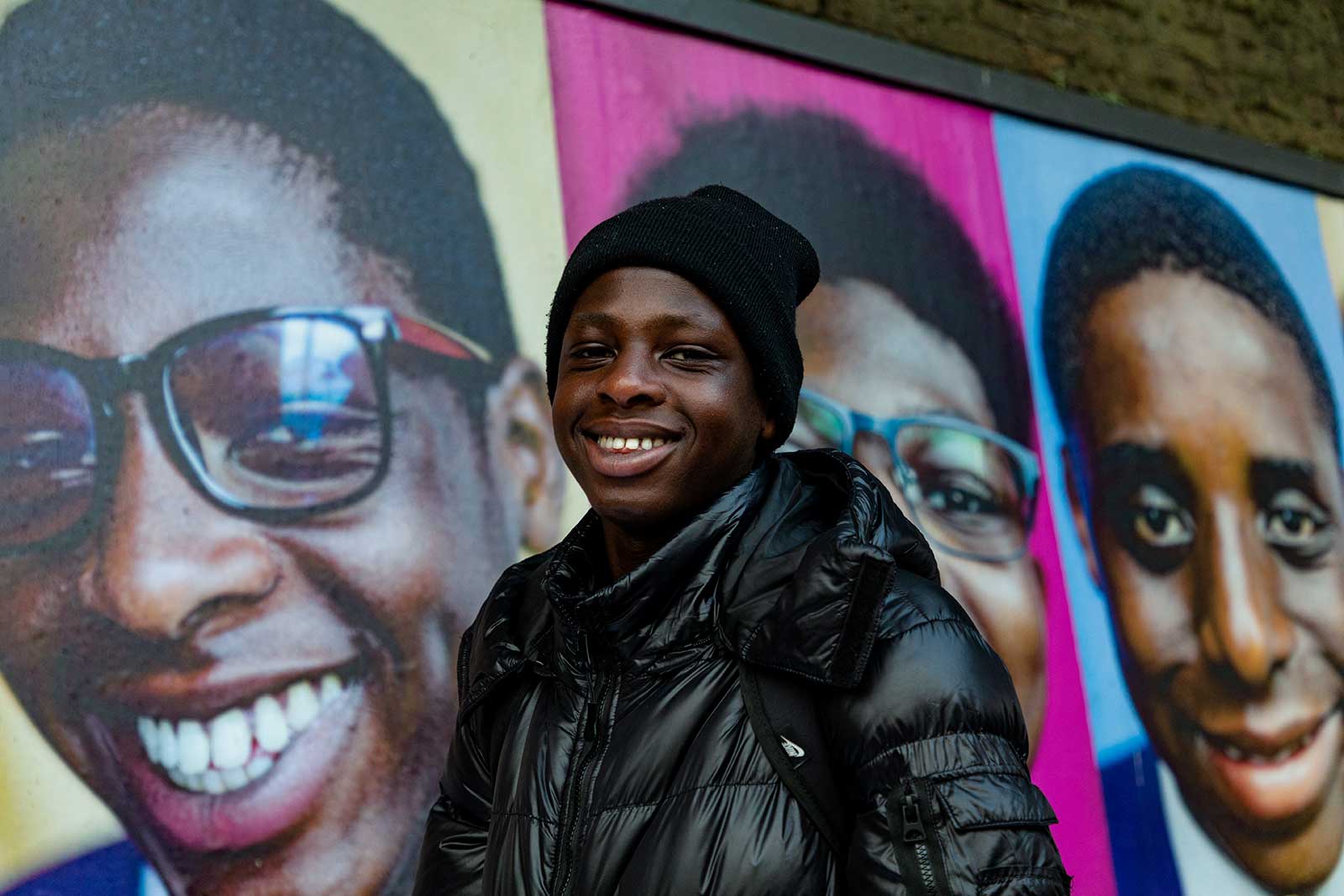 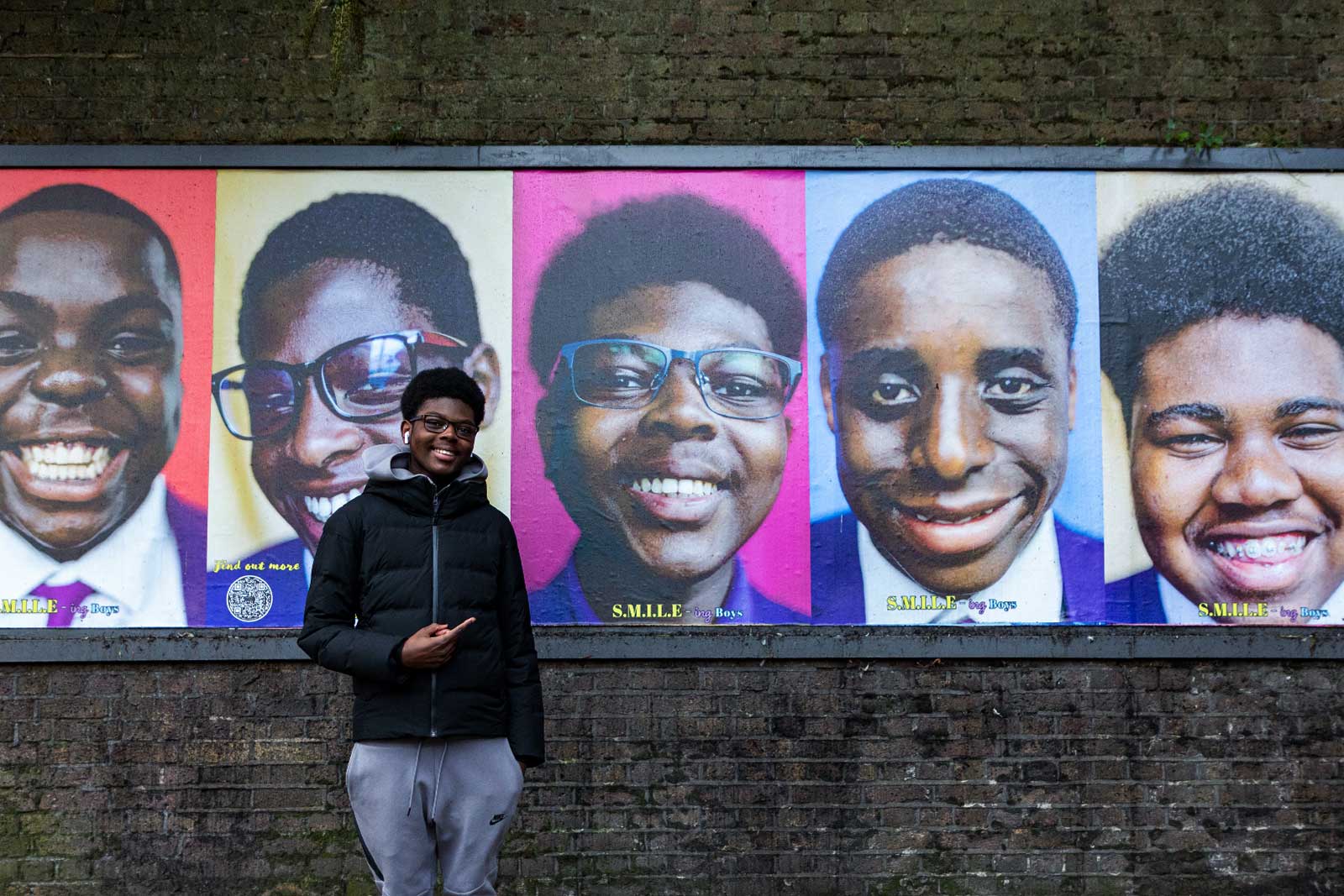 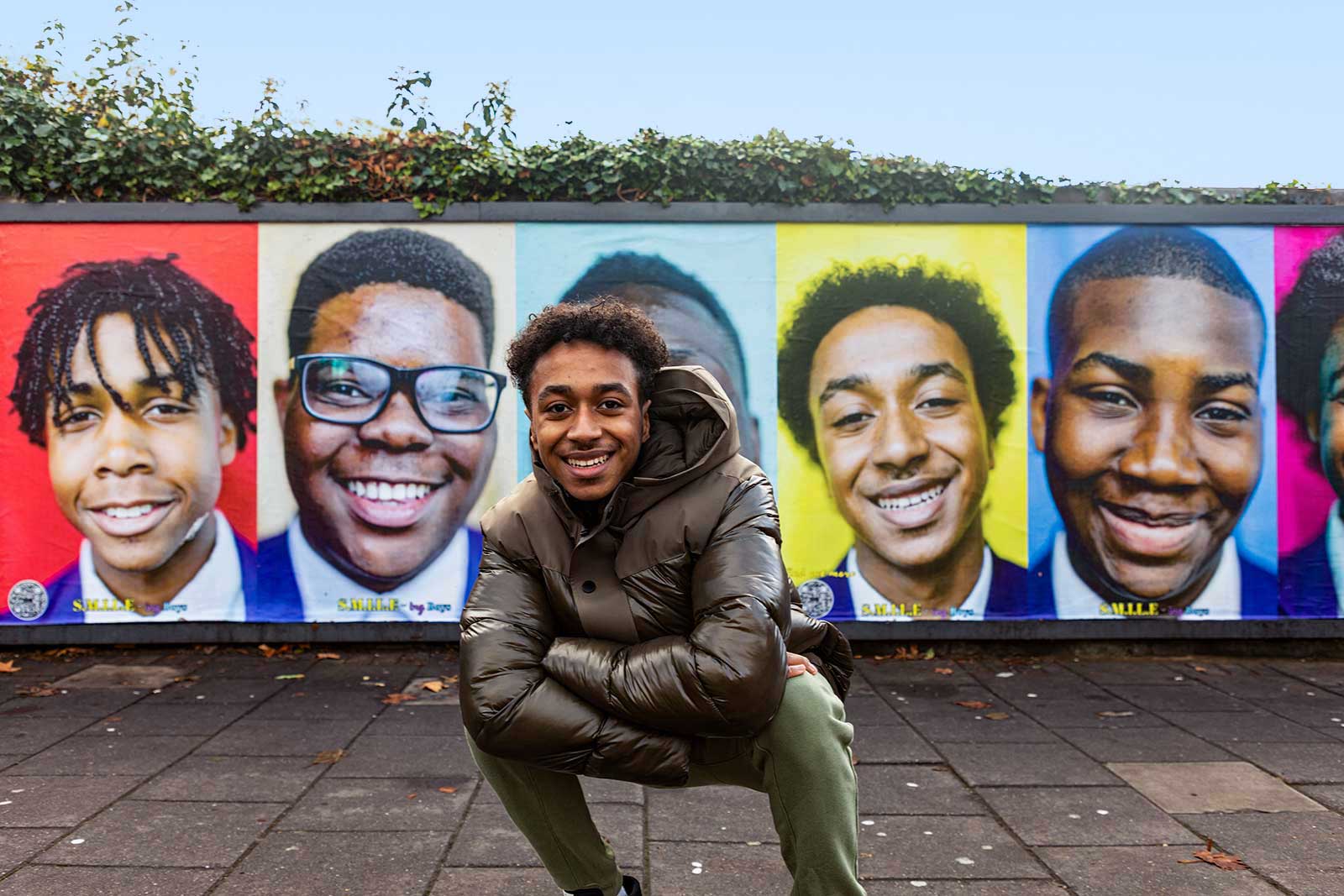 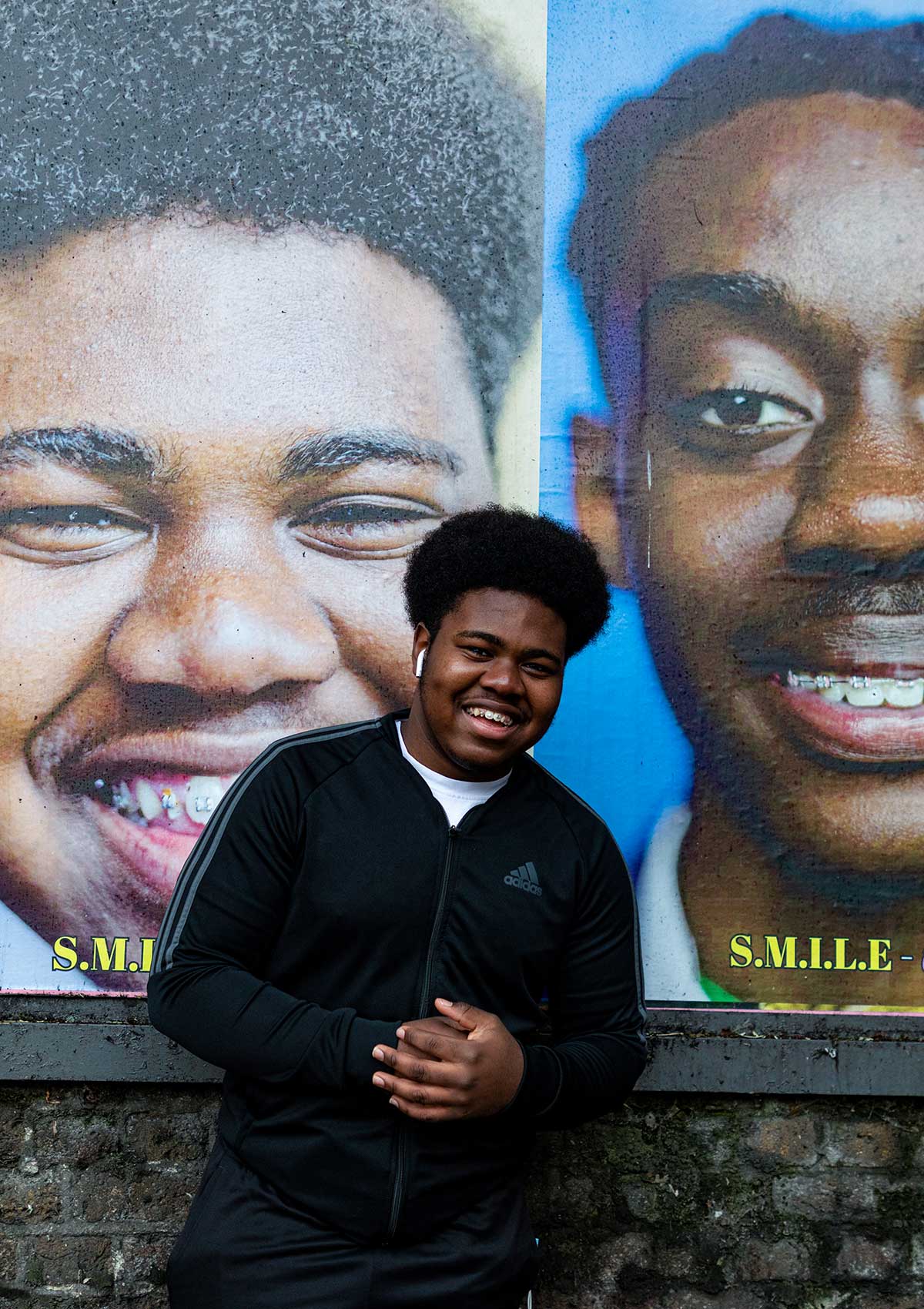 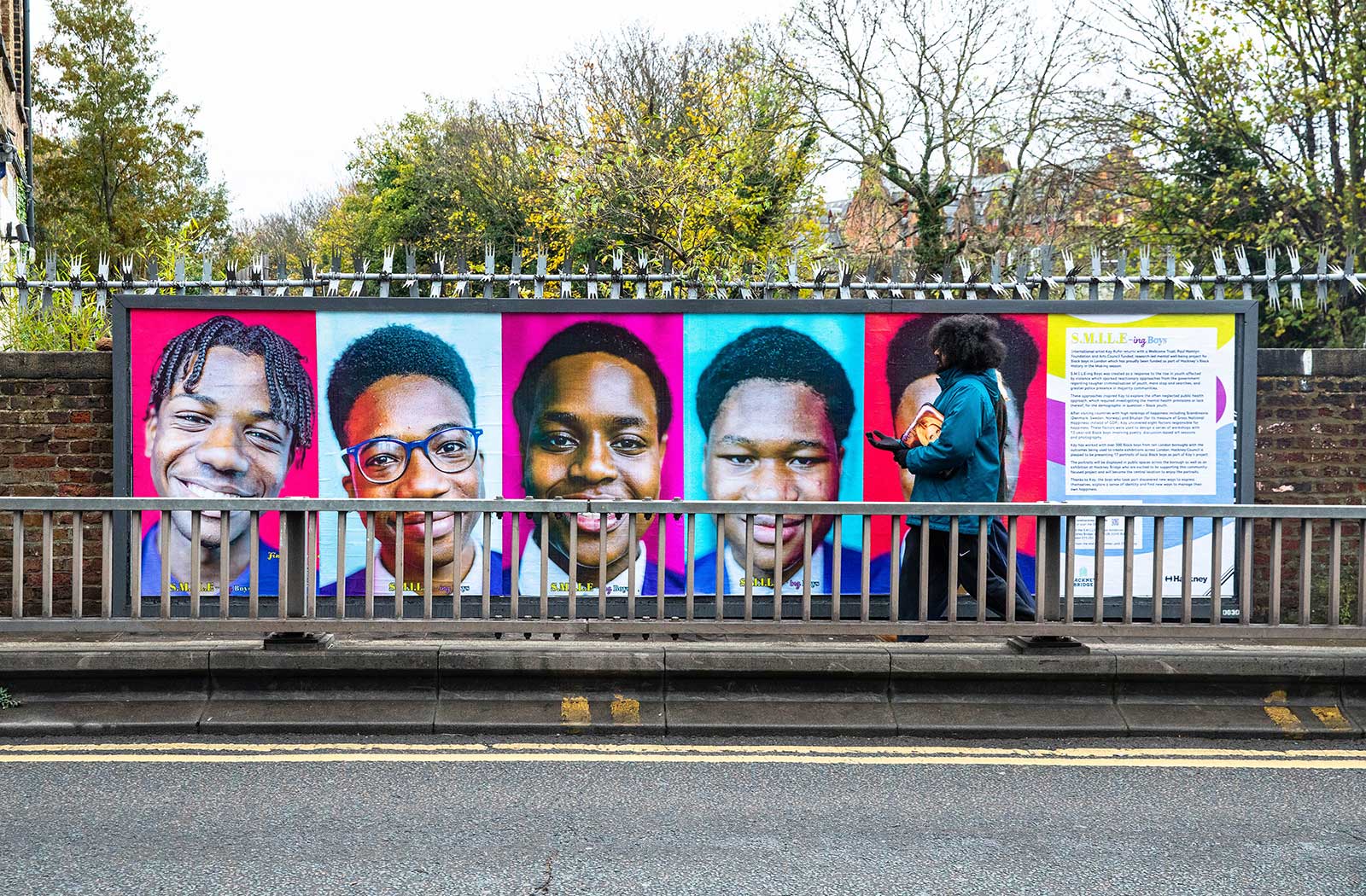 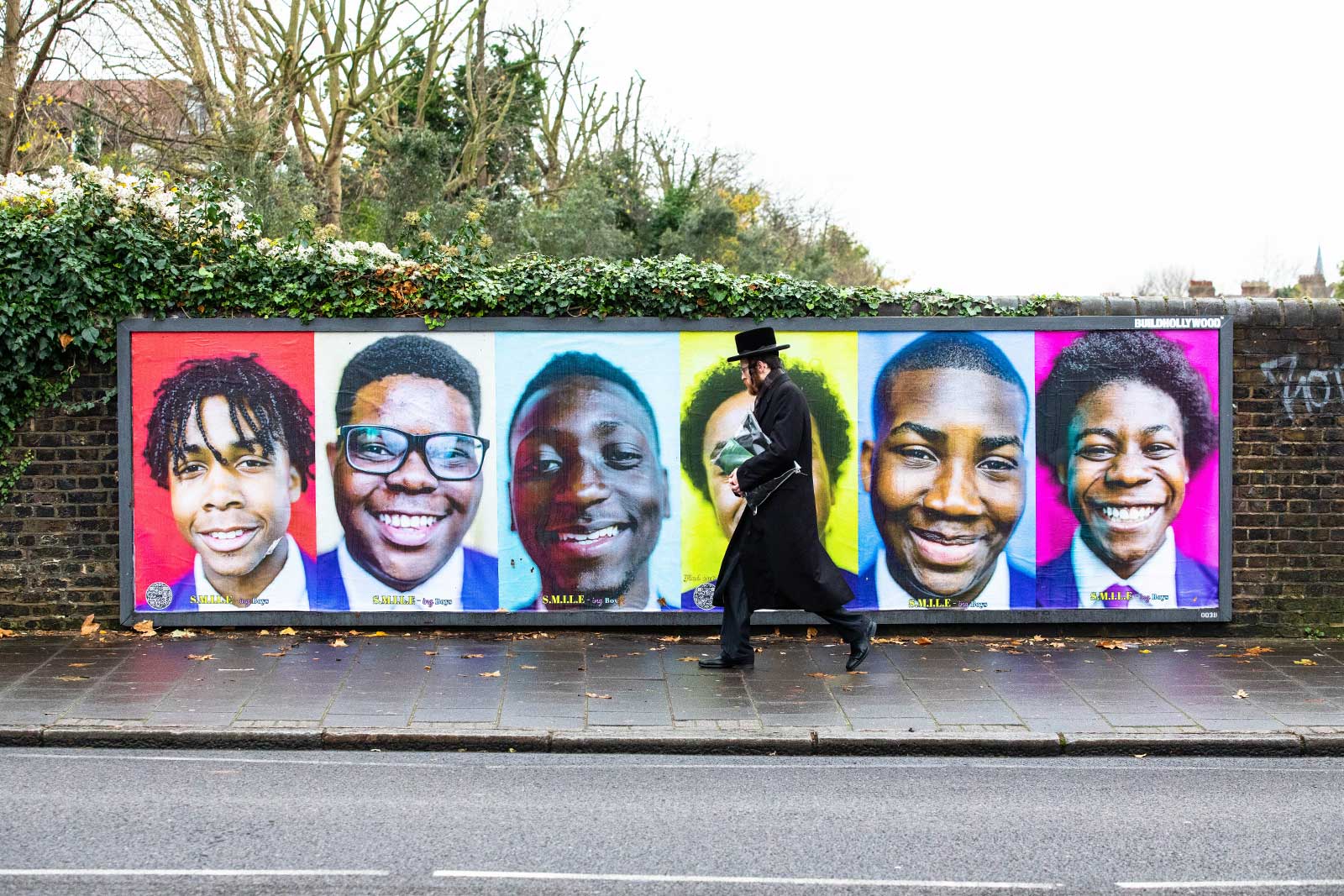 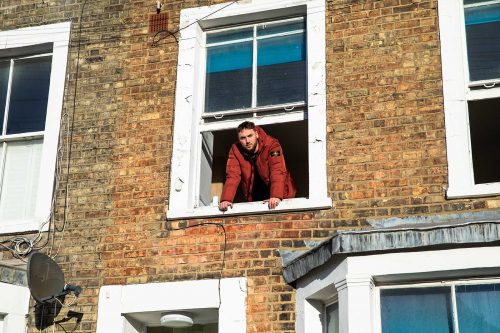 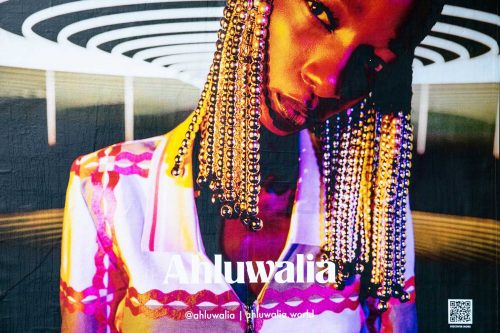