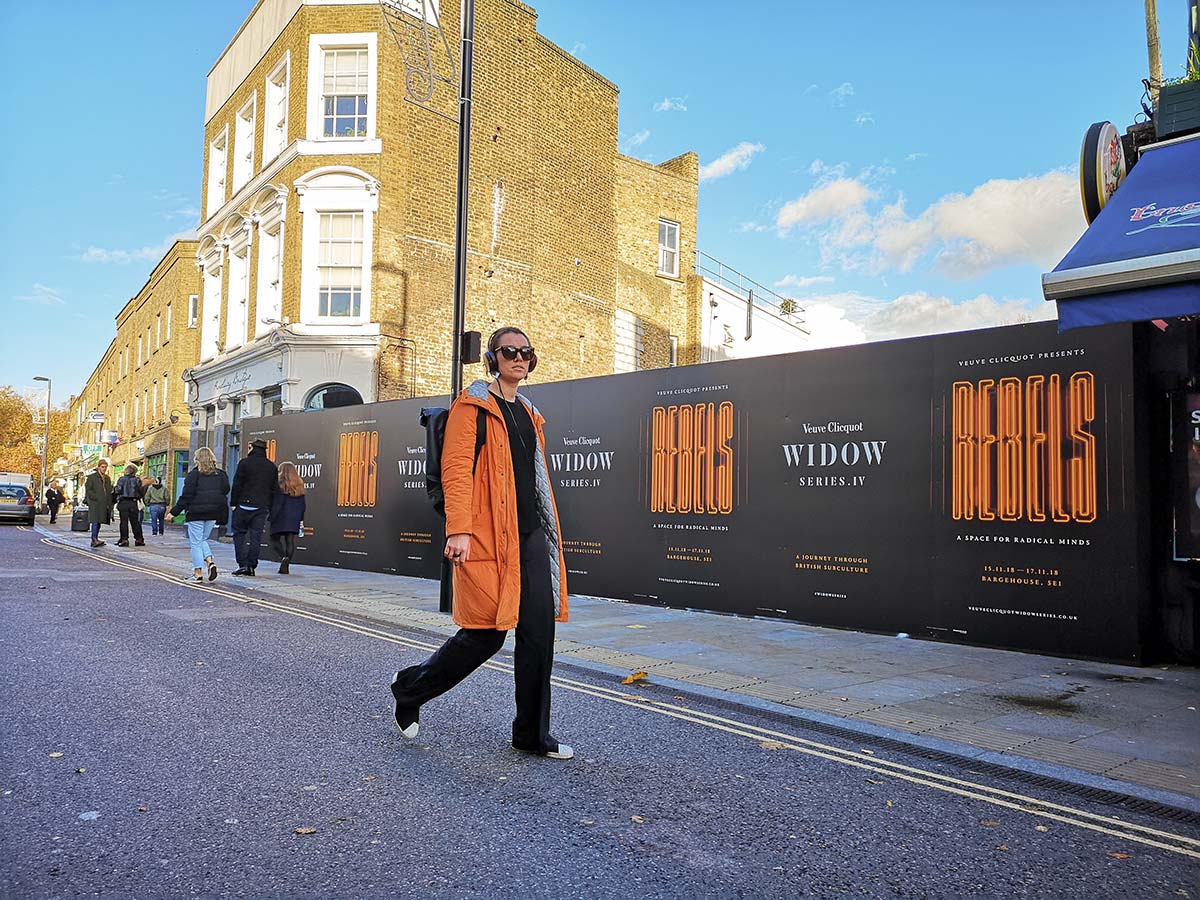 Often when we think of champagne a well-known brand name immediately springs to mind – and, more often than not, Veuve Clicquot is up there amongst them. However, few people know the history of it’s incredibly entrepreneurial founder. The aristocratic French widow, Madame Clicquot, took over her husband’s company upon his death and seemingly transformed the champagne business. In a time when women weren’t even allowed bank accounts, she transformed production techniques, invented a new bottle shape, created the first vintage and the first pink champagne. You name it, this 27 year-old widow did it.

The brand as we know it now has for the last few years paid homage to it’s namesakes rebellious spirit with the Widow Series, and 2018’s REBELS instalment became the fourth event to come to the capital. Taking place on the Southbank in November, it was pitched as a journey through British subculture and music and we were excited to work directly with the brand to bring a bit of creative rebellion to the streets. Encompassing everything from billboards, takeovers, a large scale vinyl mural on Broadway Market, shop kiosks and shutters, the event was given incredibly high impact, multi-layered outreach all over London. Thirsty business indeed. 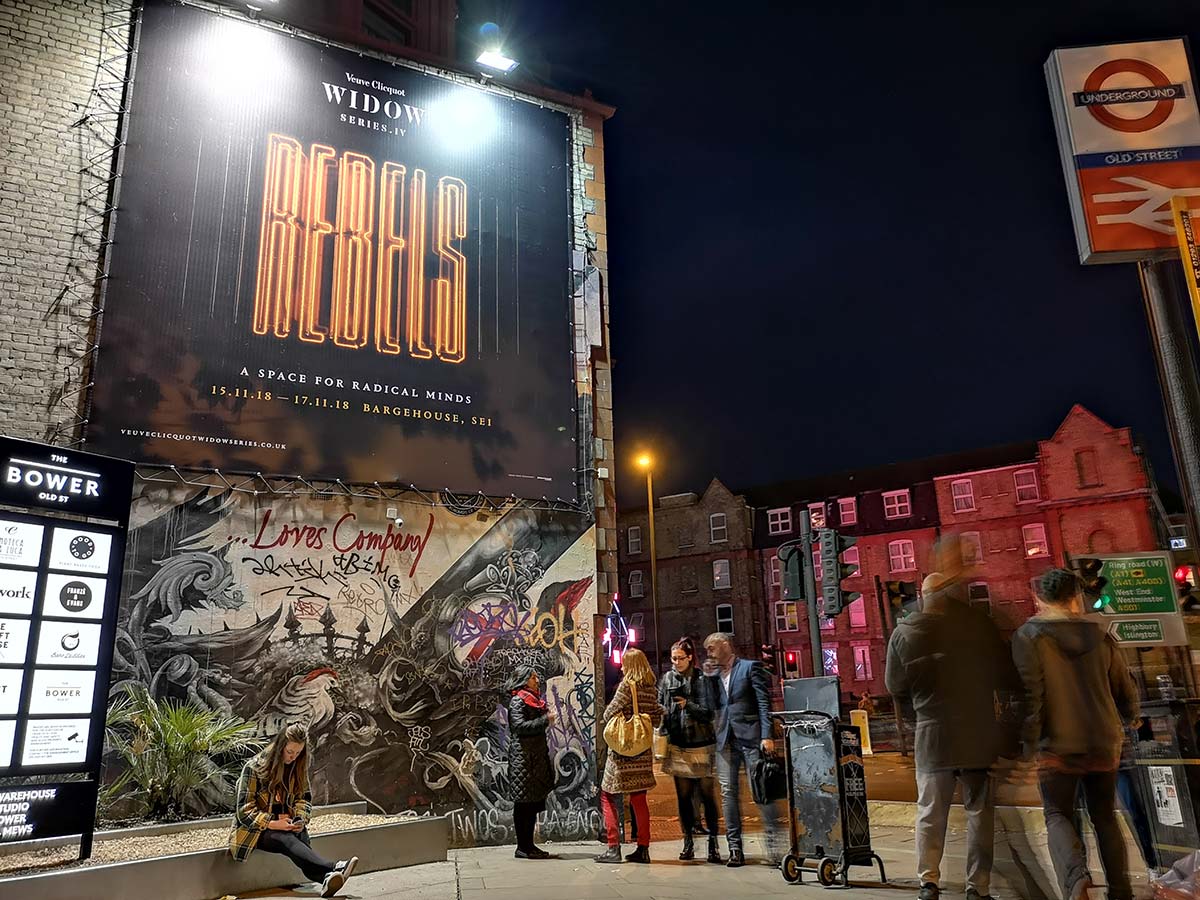 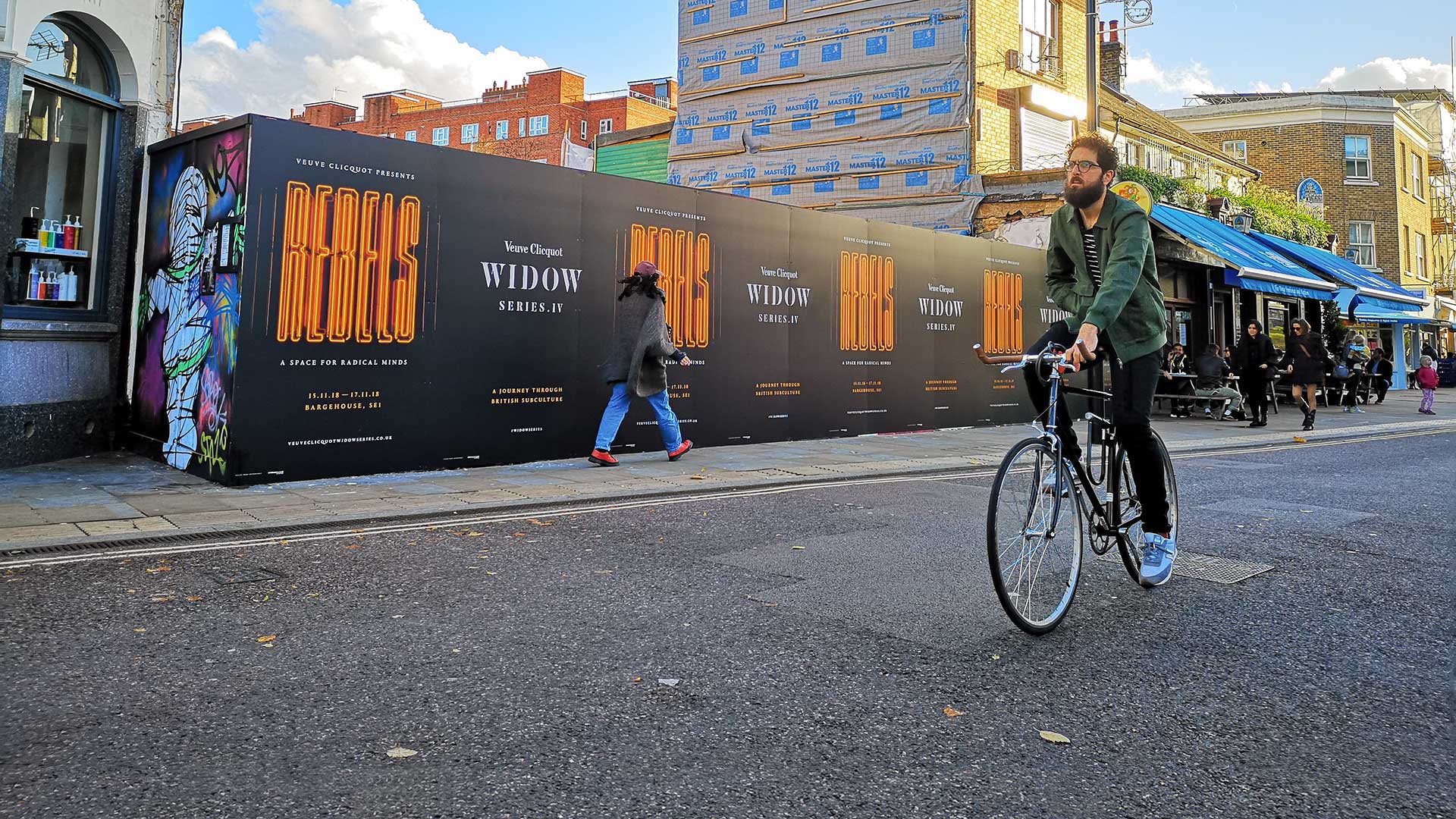 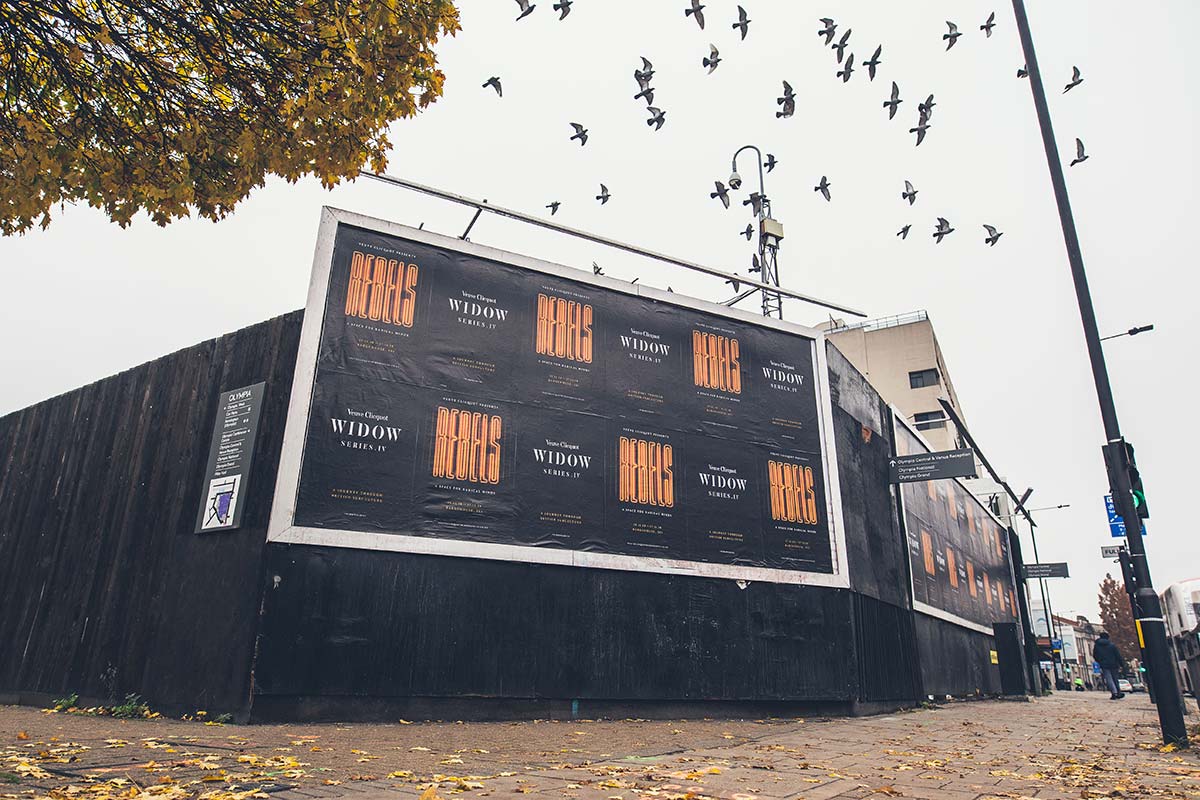 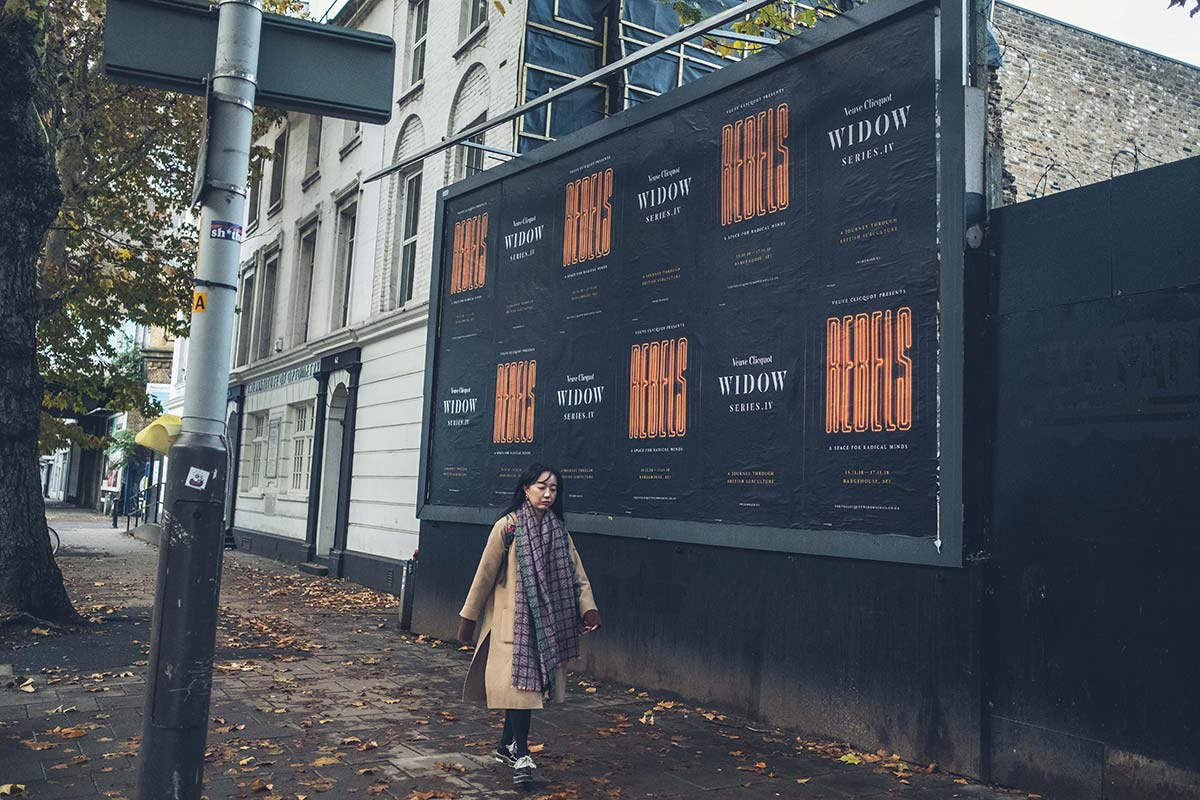 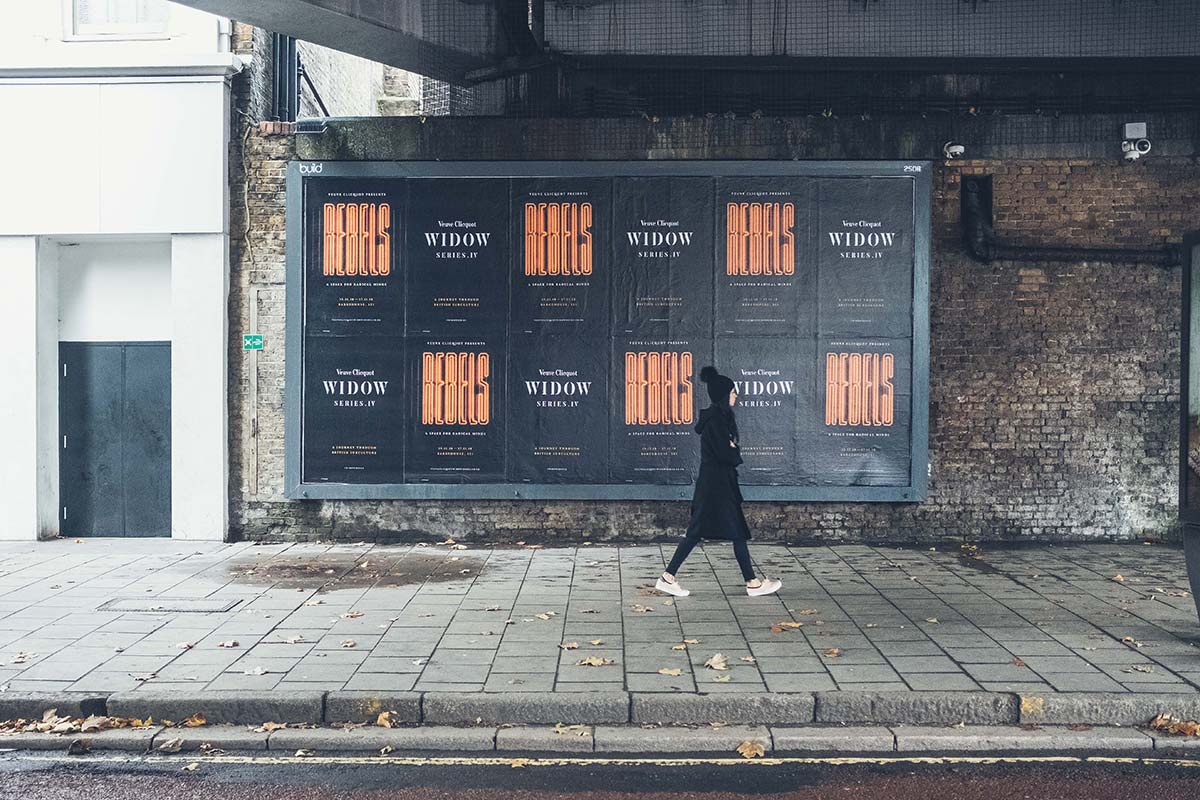 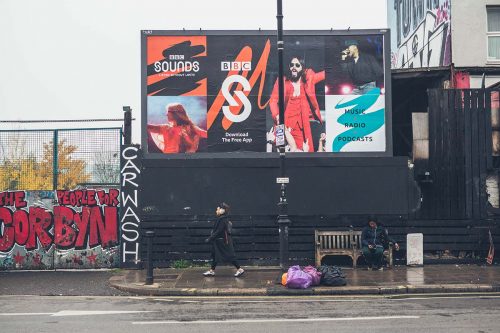 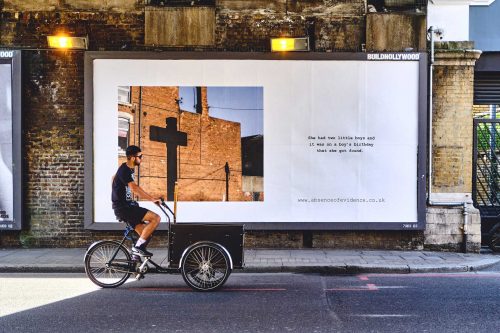