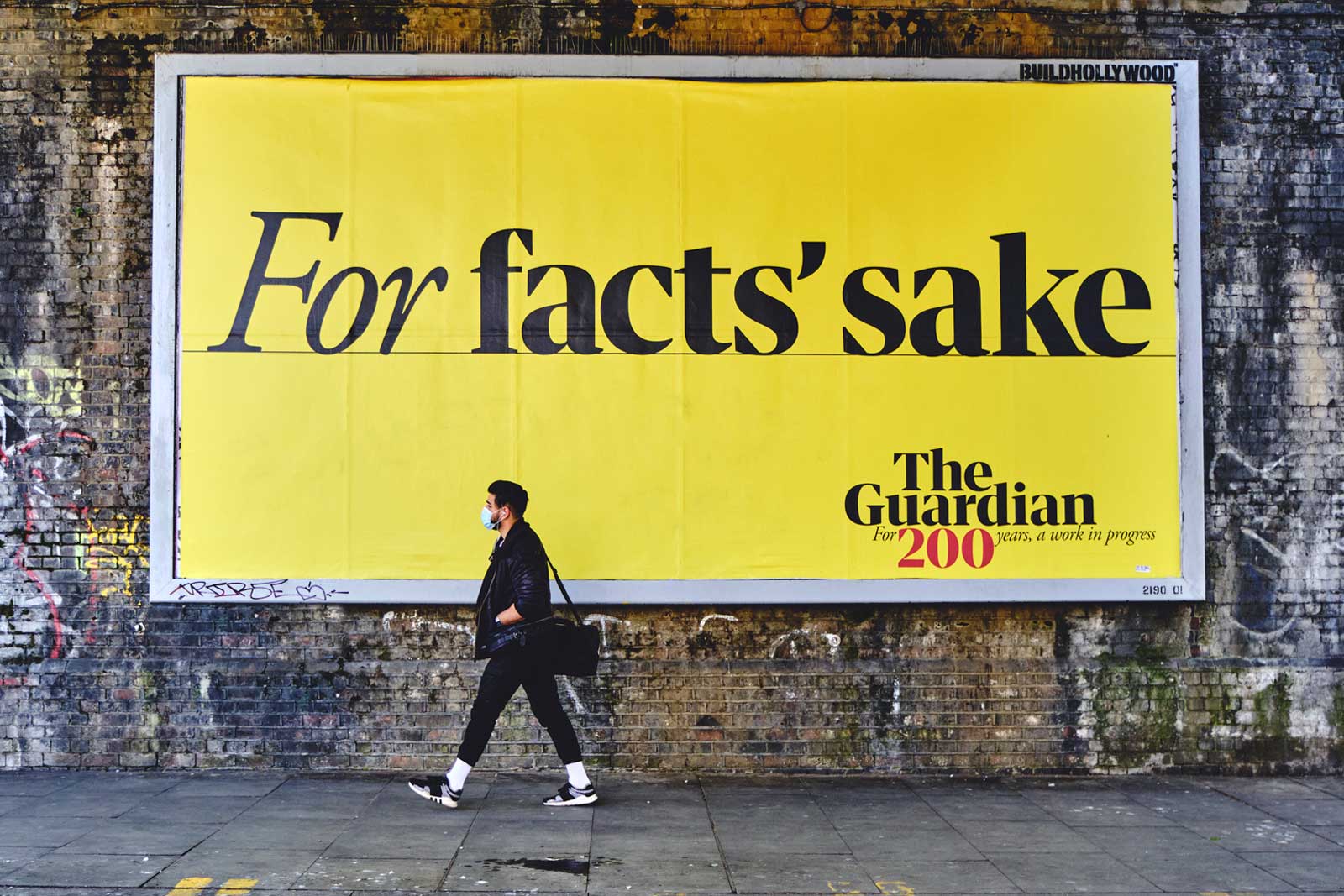 The Guardian’s humble beginnings have given way to a trajectory that’s seen them become a global force in journalism, and they’ve now reached a hugely impressive milestone – they’ve been in publication for 200 years. By their own calculations, this makes them older than bicycles, fish and chips, the FA Cup, and Germany. It was only right that they took to the nation’s streets to celebrate – so we worked with Talon Outdoor to bring the paper’s birthday campaign to London and Manchester.

The campaign’s bold and bright black-and-yellow artwork was impossible to miss on the streets. In their iconic font, the text and monochrome imagery focused on the paper’s points of difference – independent ownership, a progressive output, and their ability to be “the cat among the pigeons”. We put the landmark campaign on our sites and billboards around their hometown of Manchester, and throughout London’s boroughs. 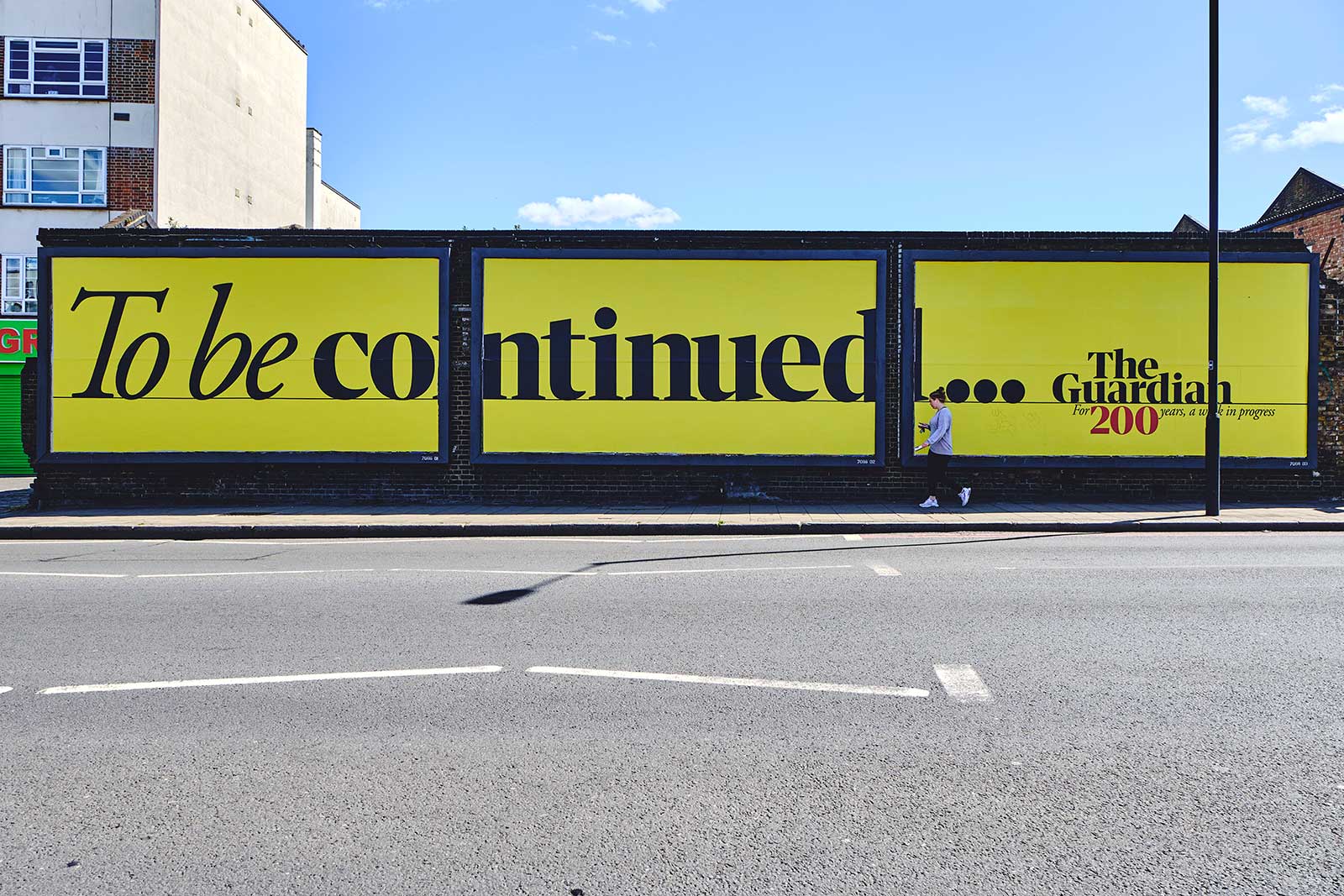 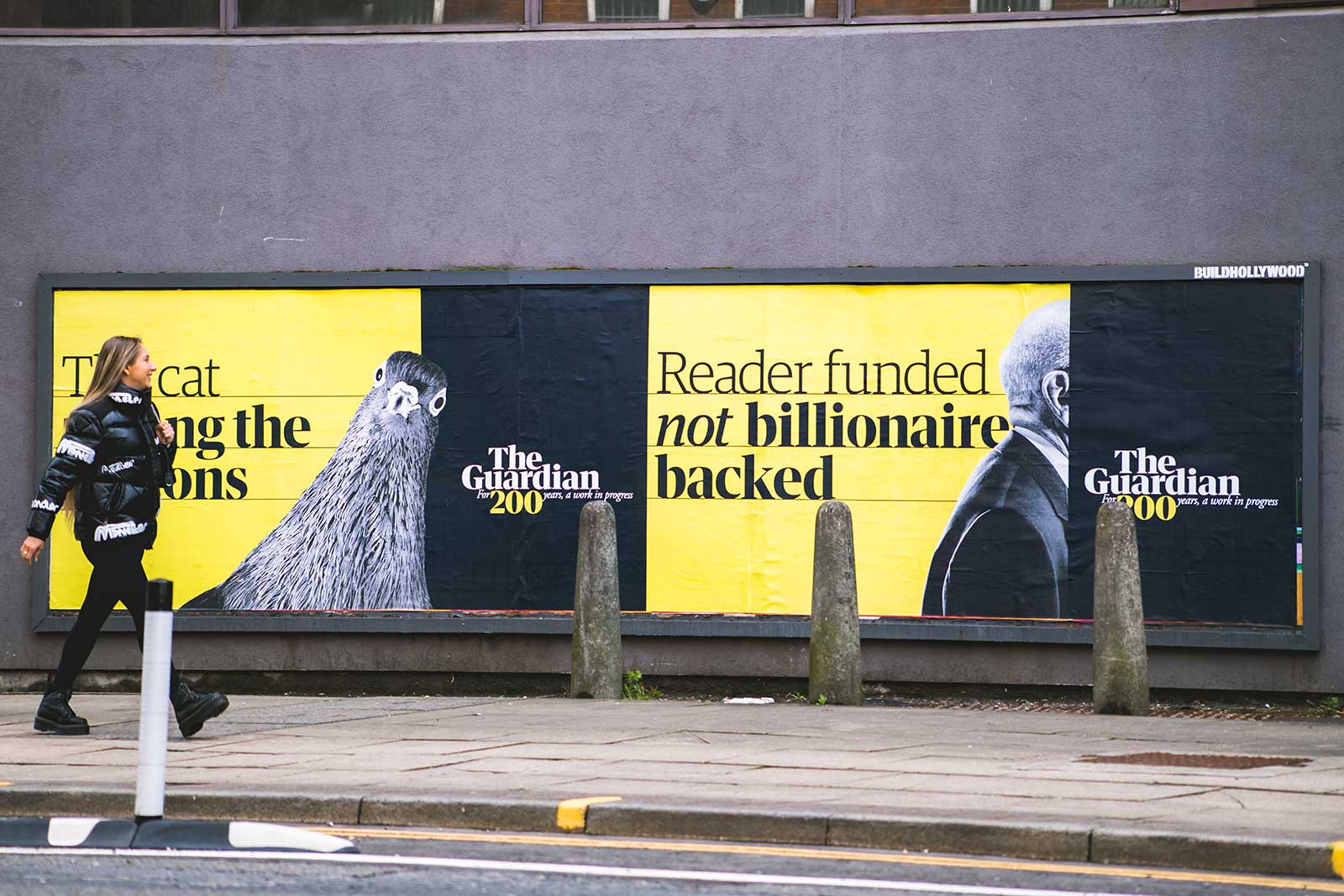 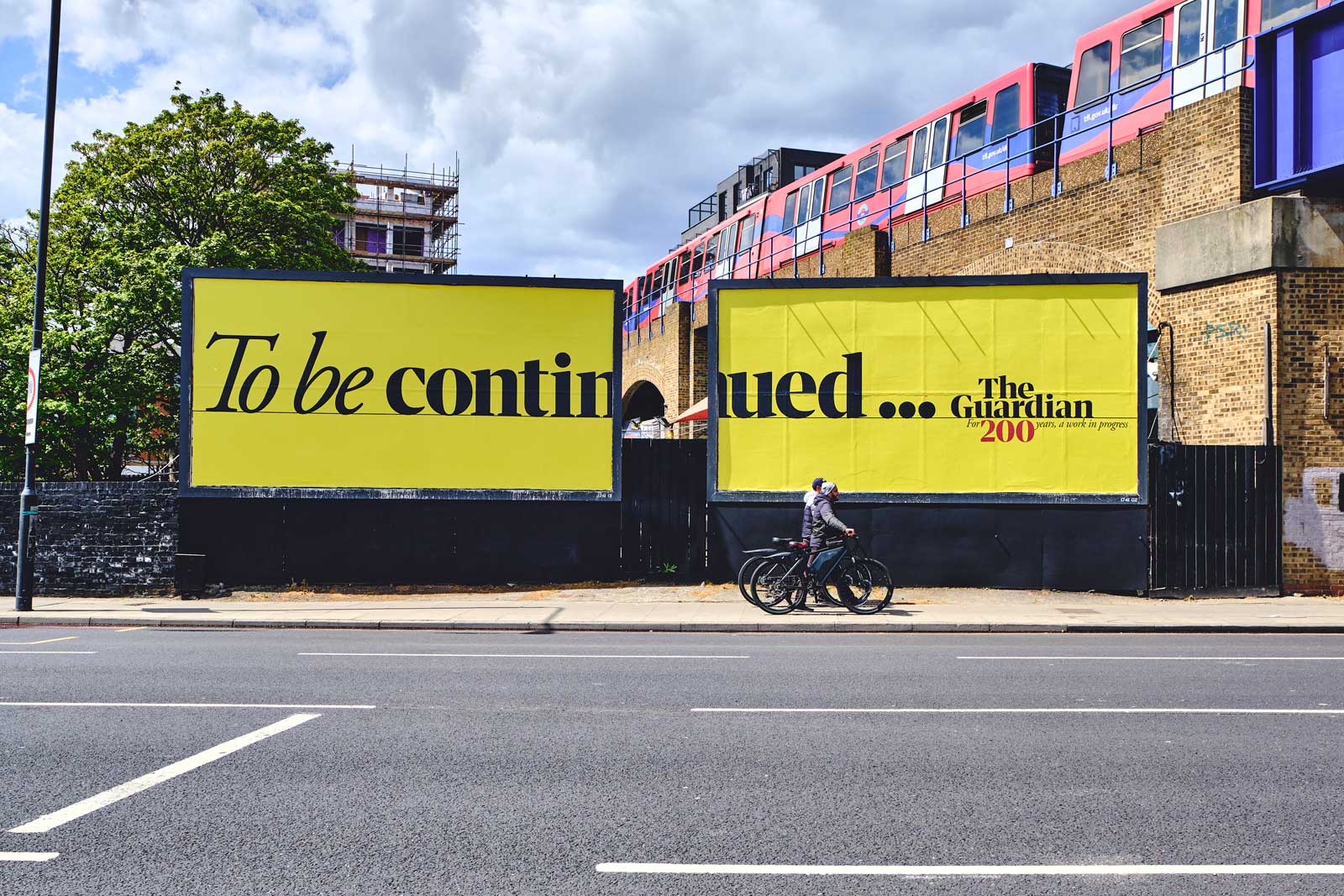 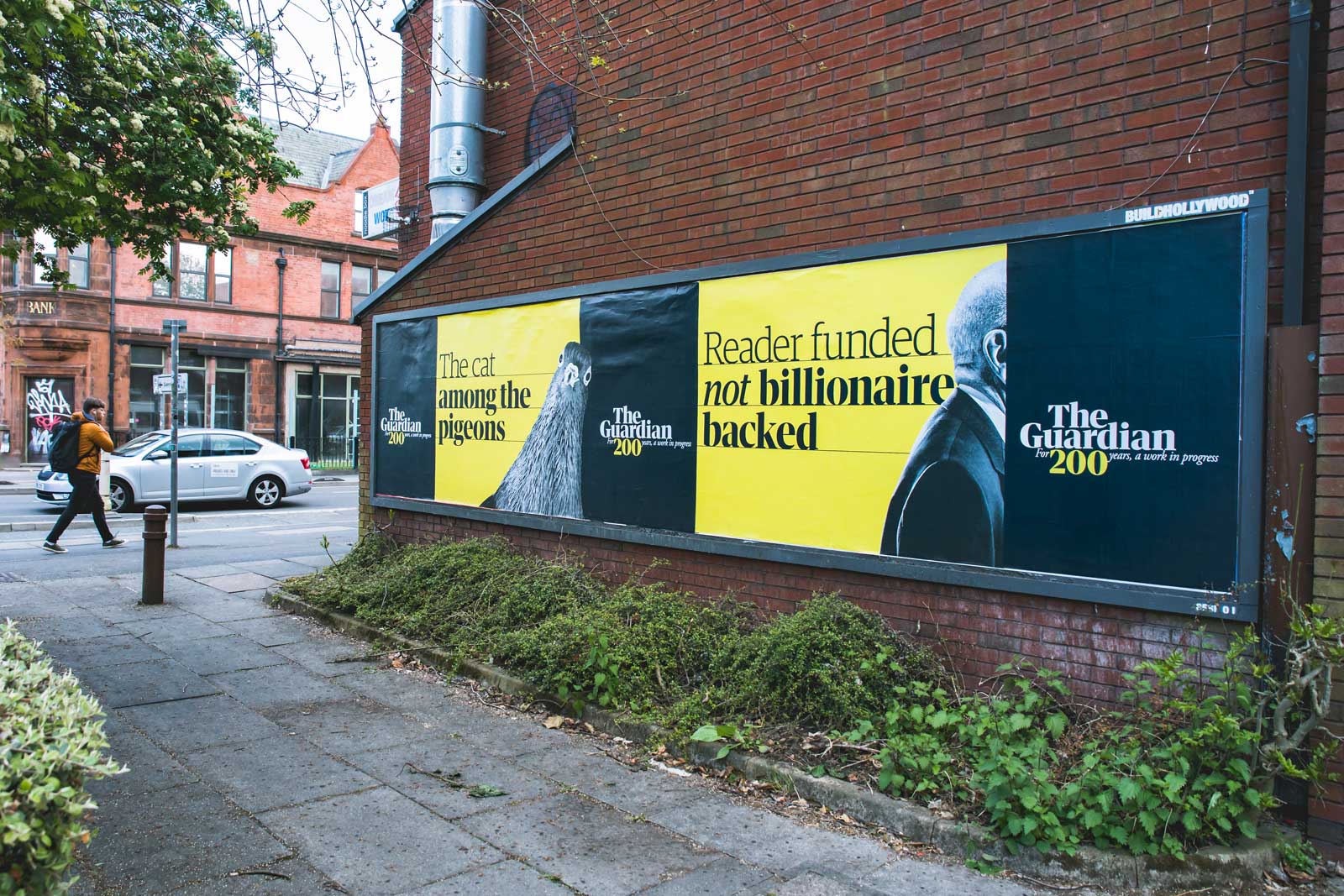 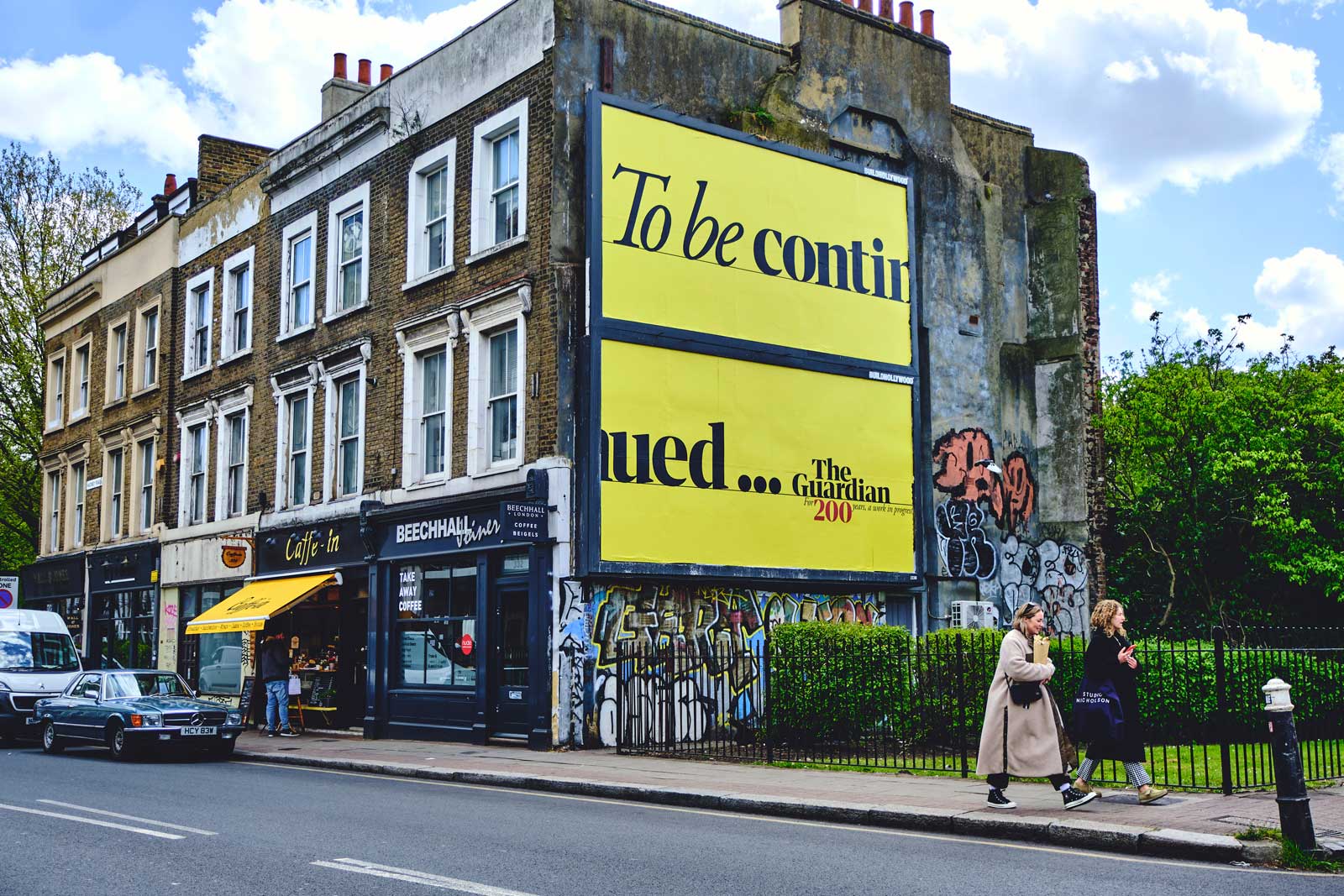 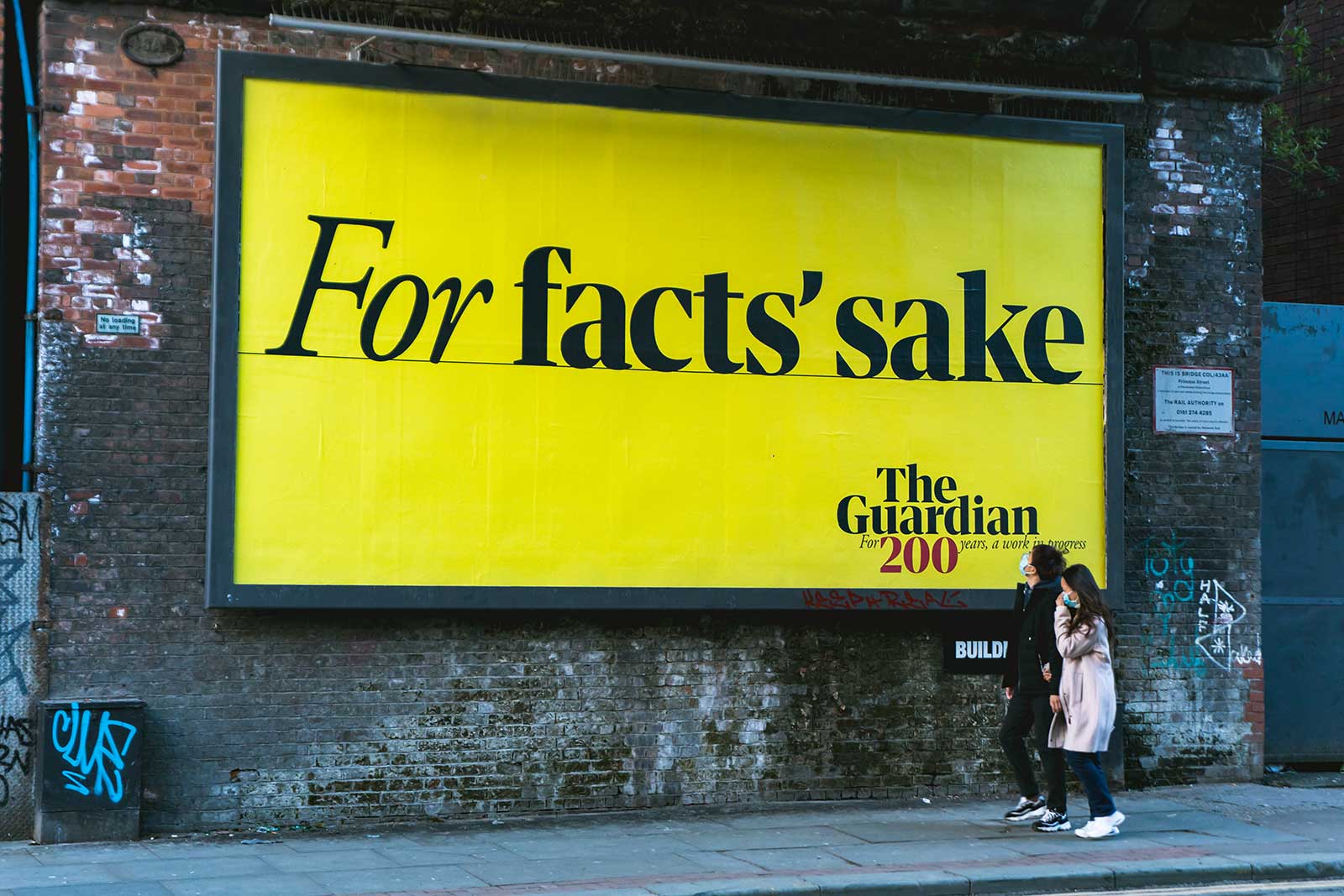 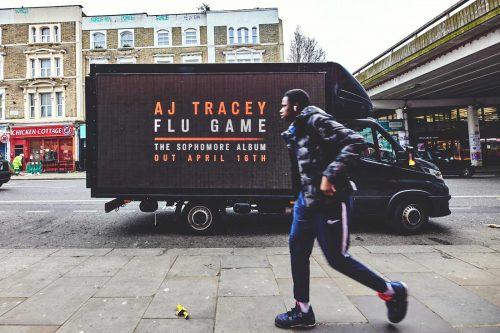