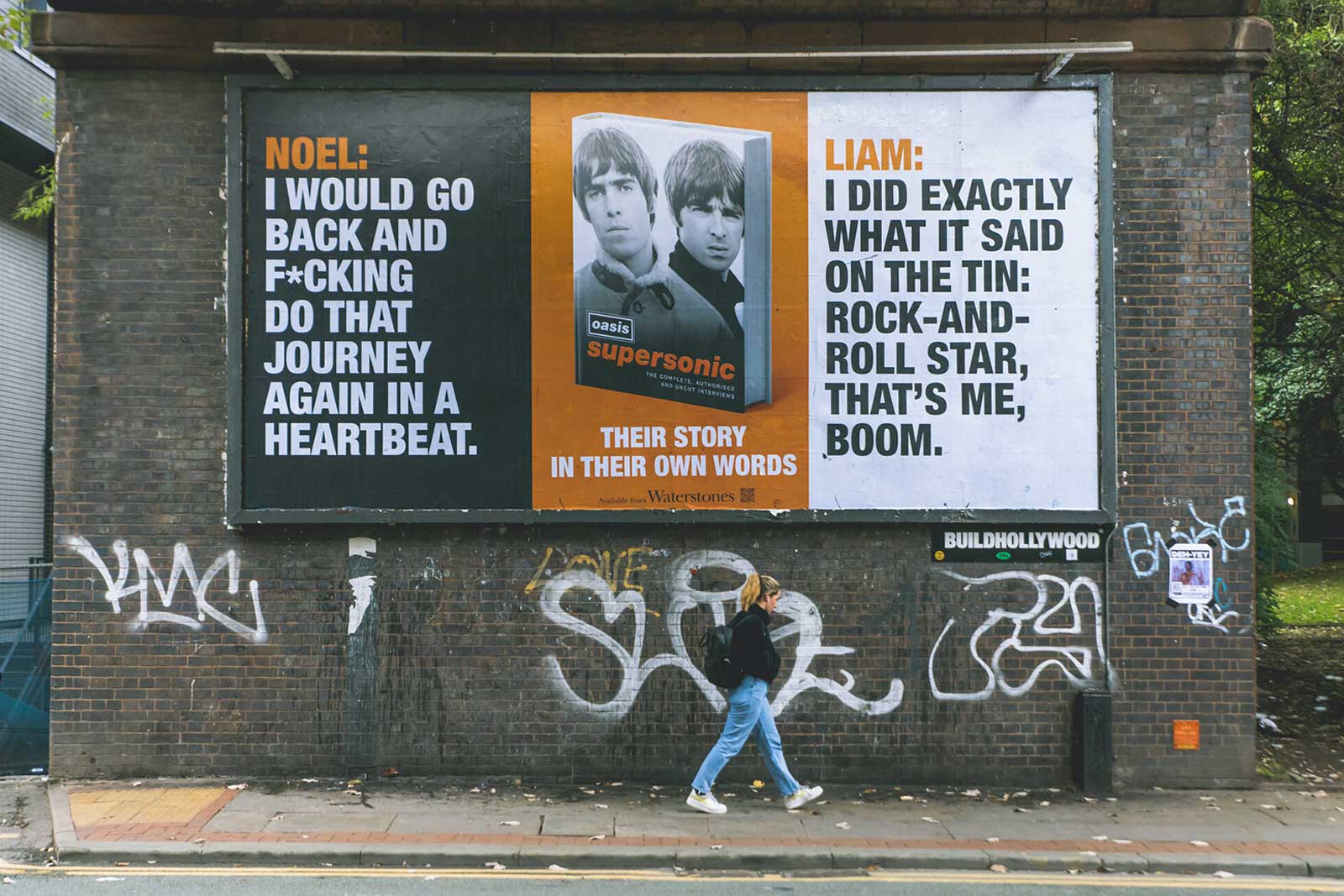 It isn’t really possible to overstate the weight of Oasis’ success – as one of the biggest bands the world has ever seen, their music was the soundtrack to the Britpop phenomenon and the Cool Britannia years.

With plenty of history to recount as a result, Liam and Noel Gallagher have released Supersonic into the world. Named after Oasis’ debut single, the book compiles complete, authorised, and uncut interviews into a chronicle of an incredible career that led them to become cultural icons of the nation – with years’ worth of feuds, iconic festival gigs and outrageous stories to pack pages with.

We teamed up with Hachette to give the book a special Manchester launch, taking over sites right across the city with a street poster campaign showcasing candid quotes and the Gallagher brothers’ trademark candour. With Oasis’ Manchester roots firmly fixed, it was the perfect way to celebrate the book release – right on their own turf. 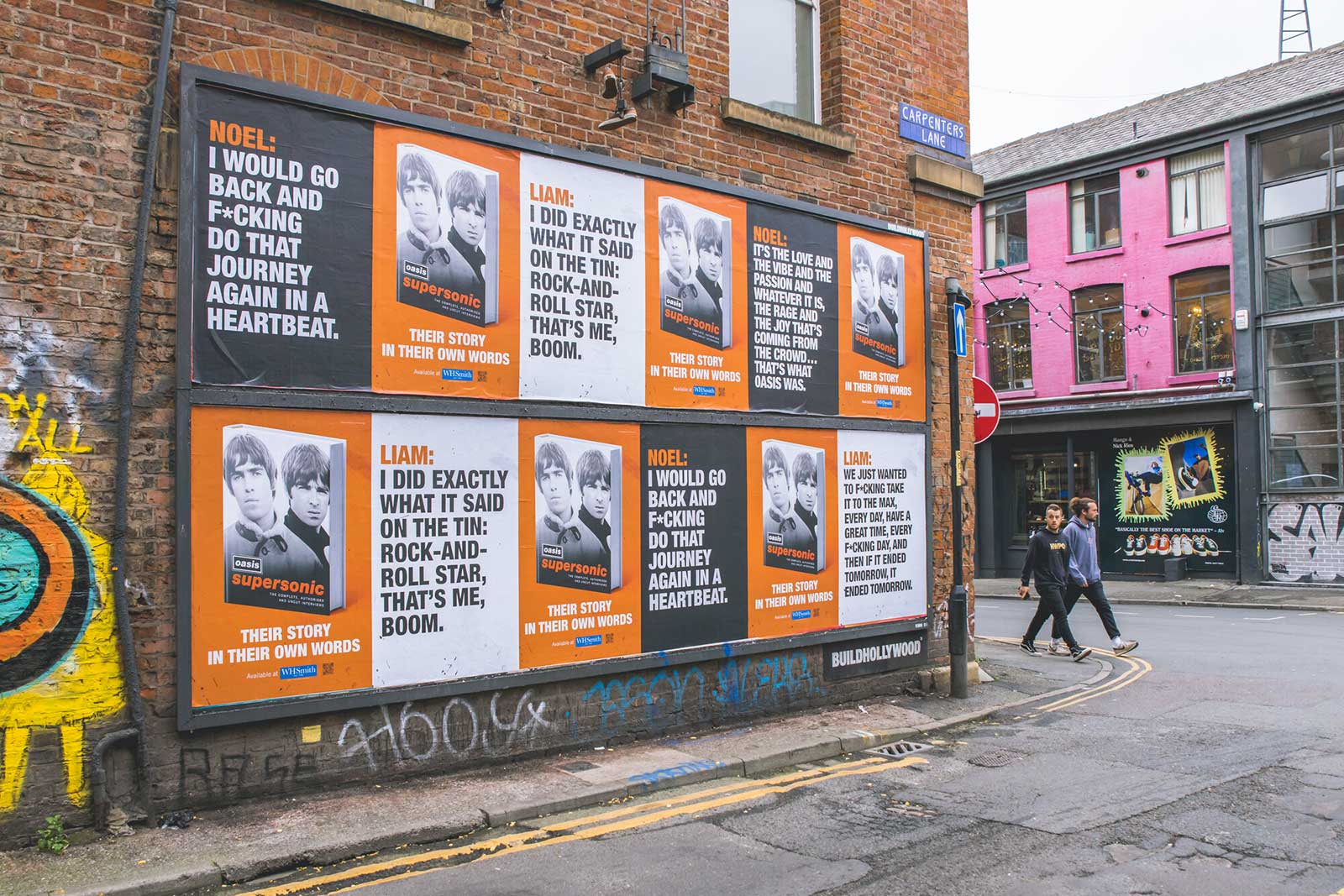 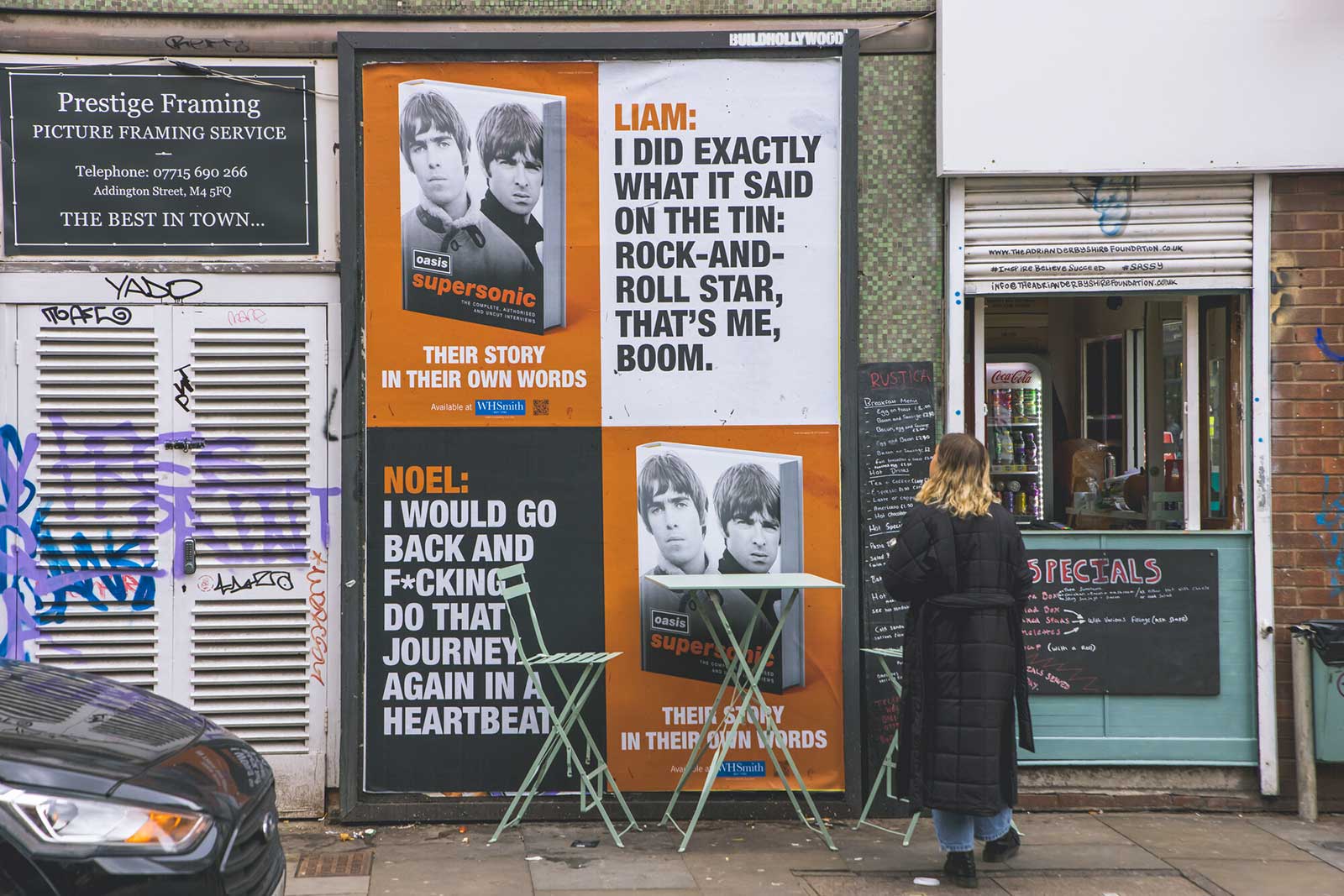 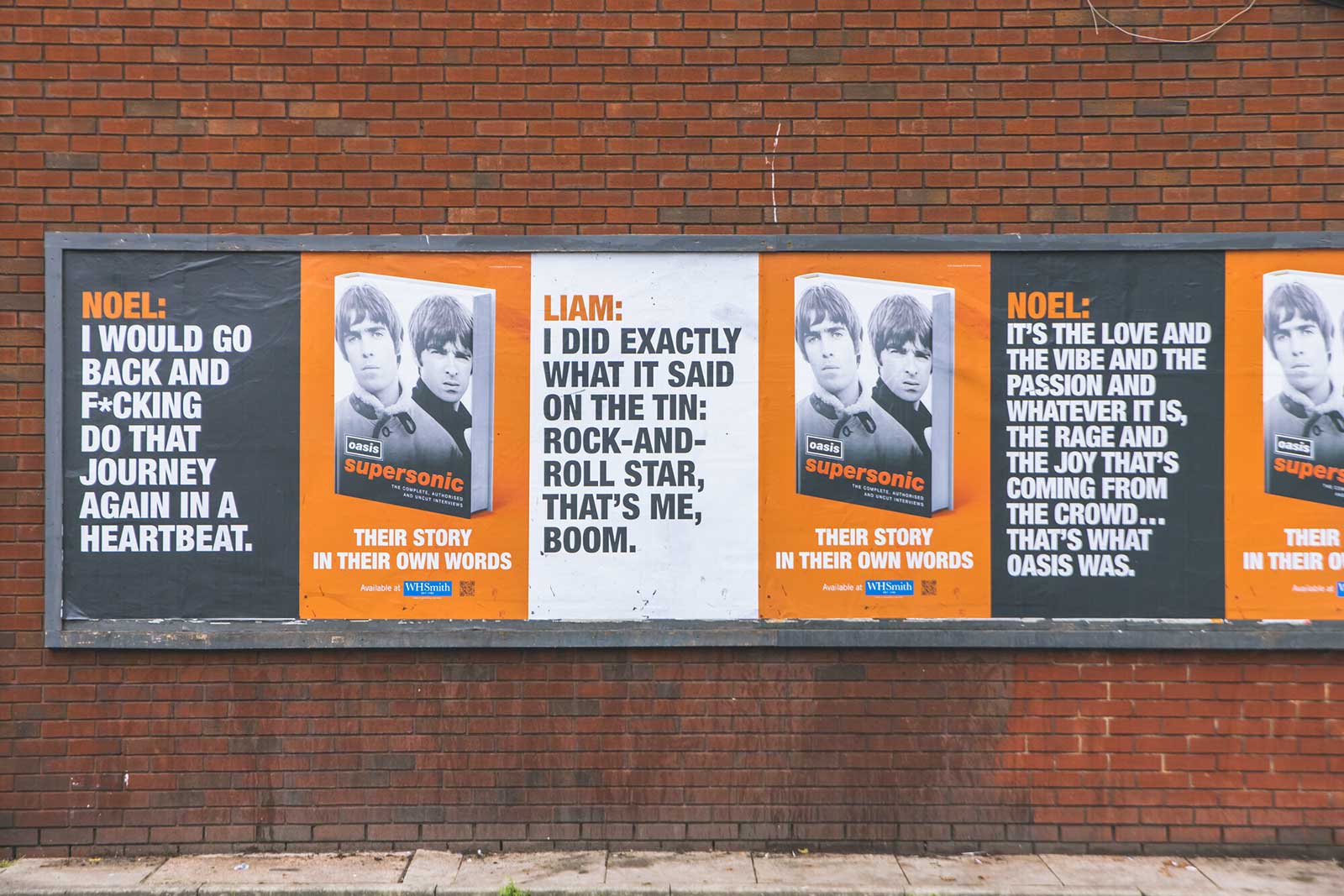 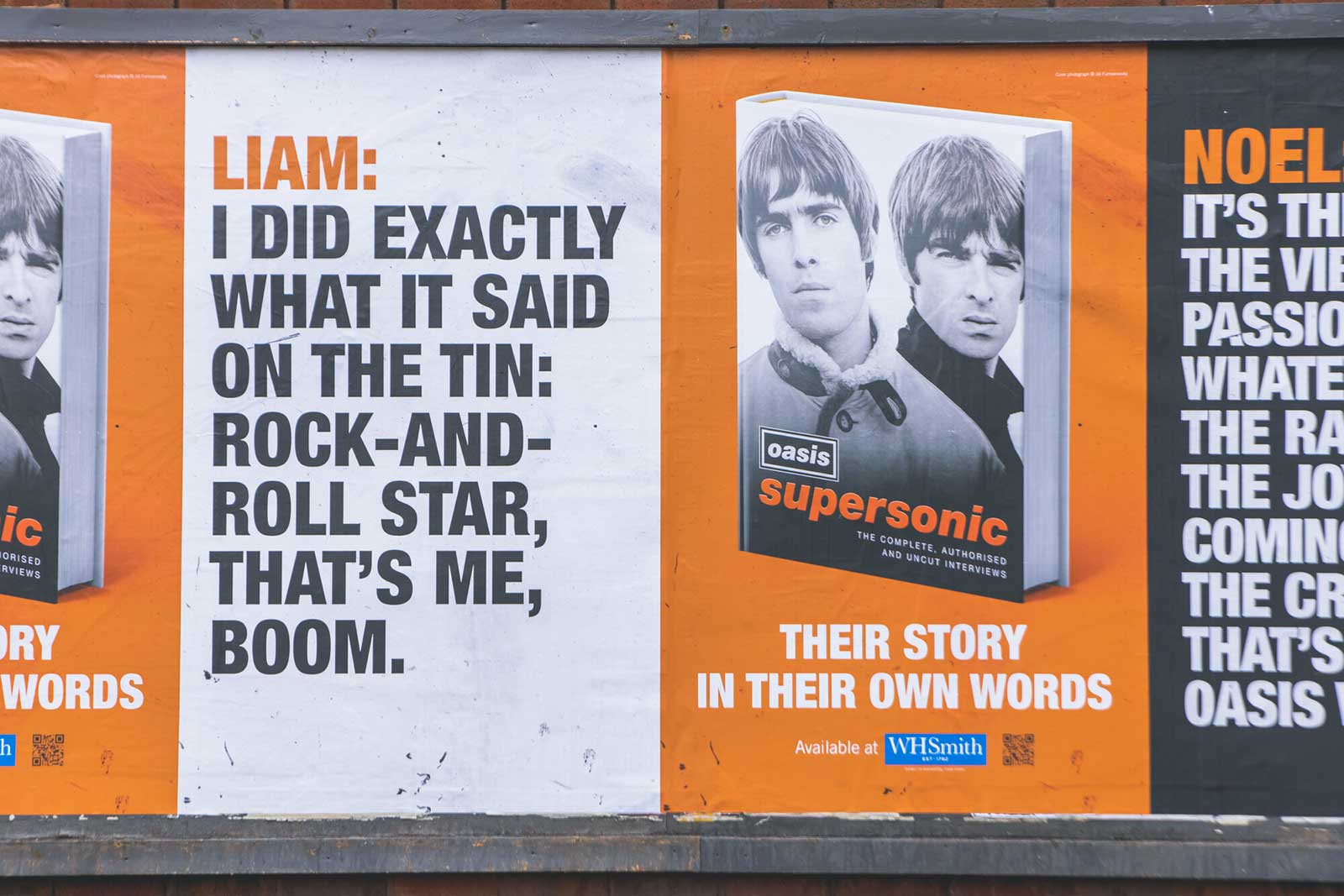 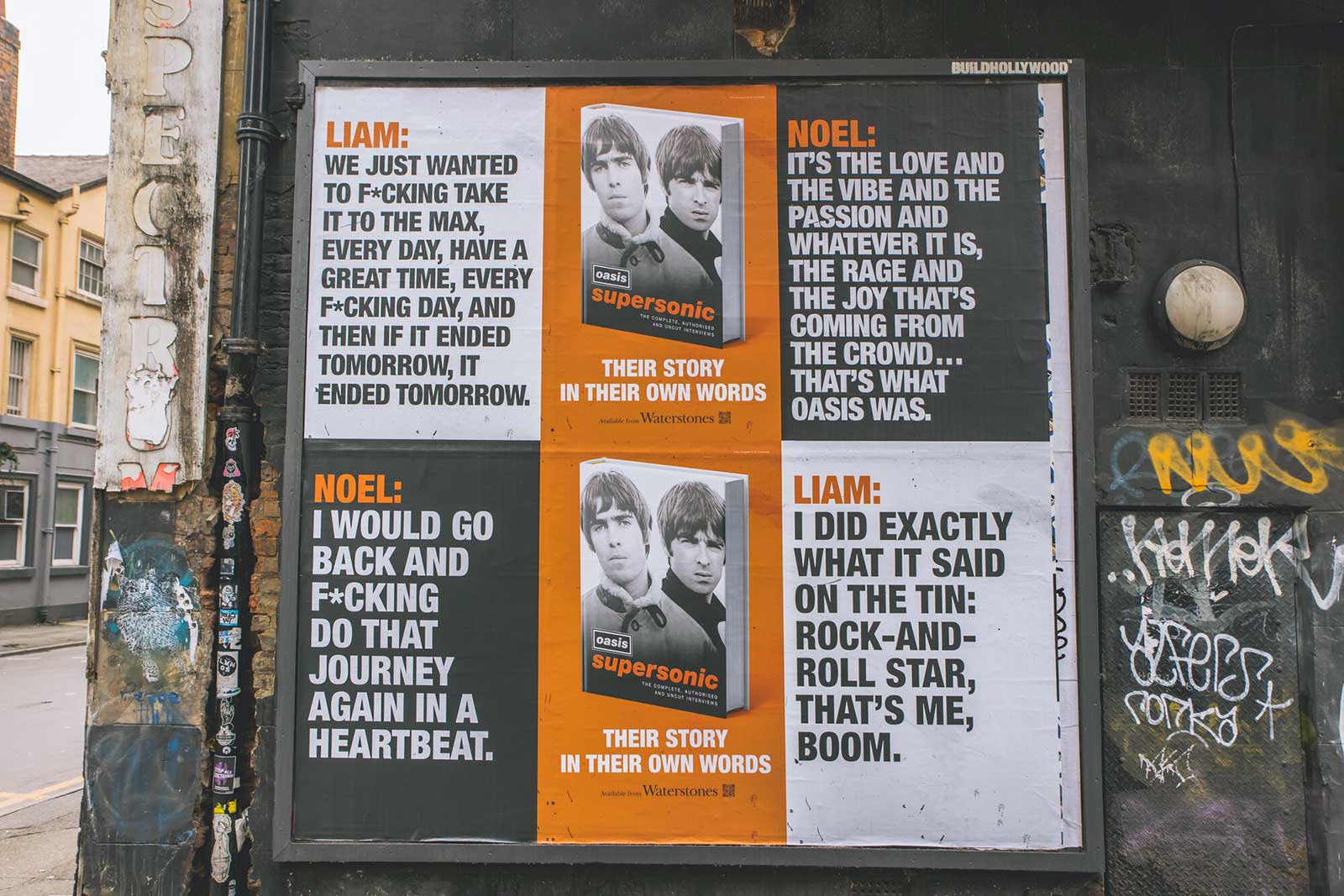 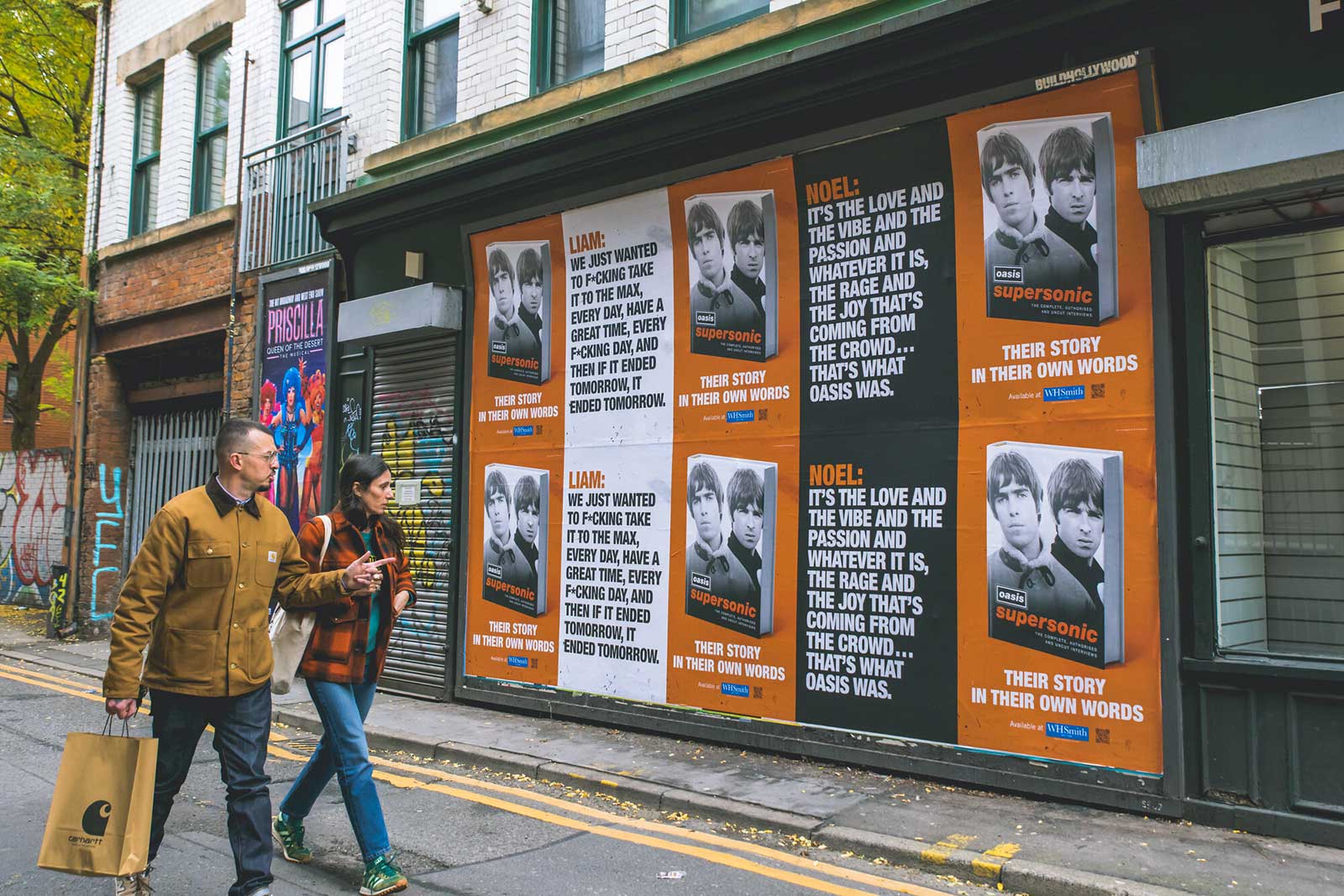 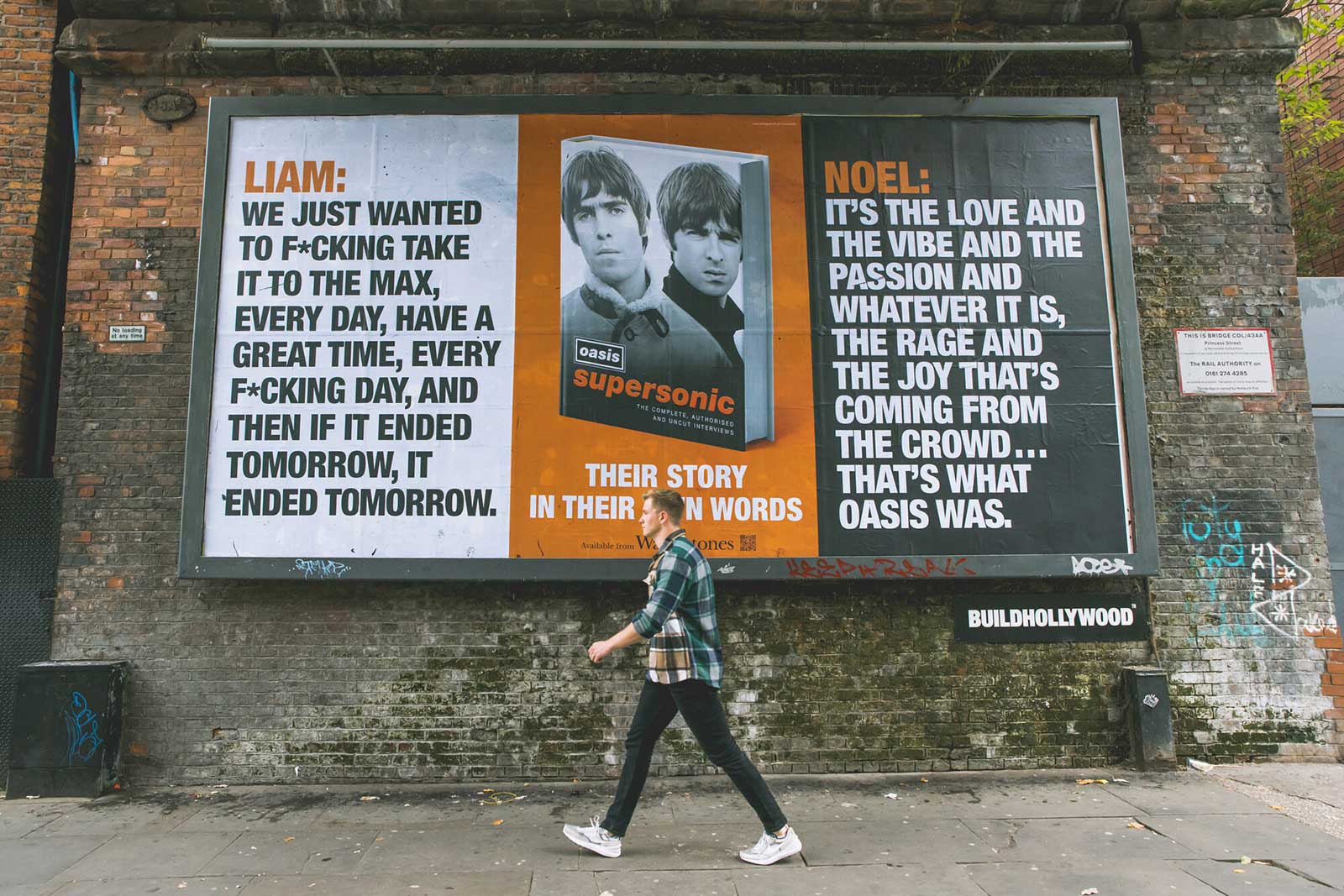 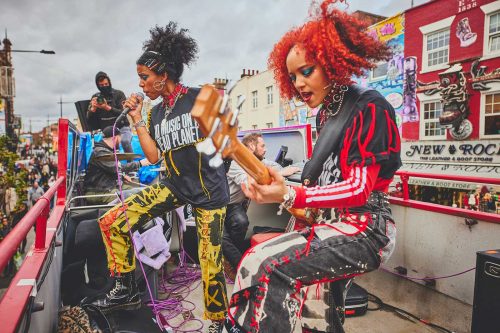