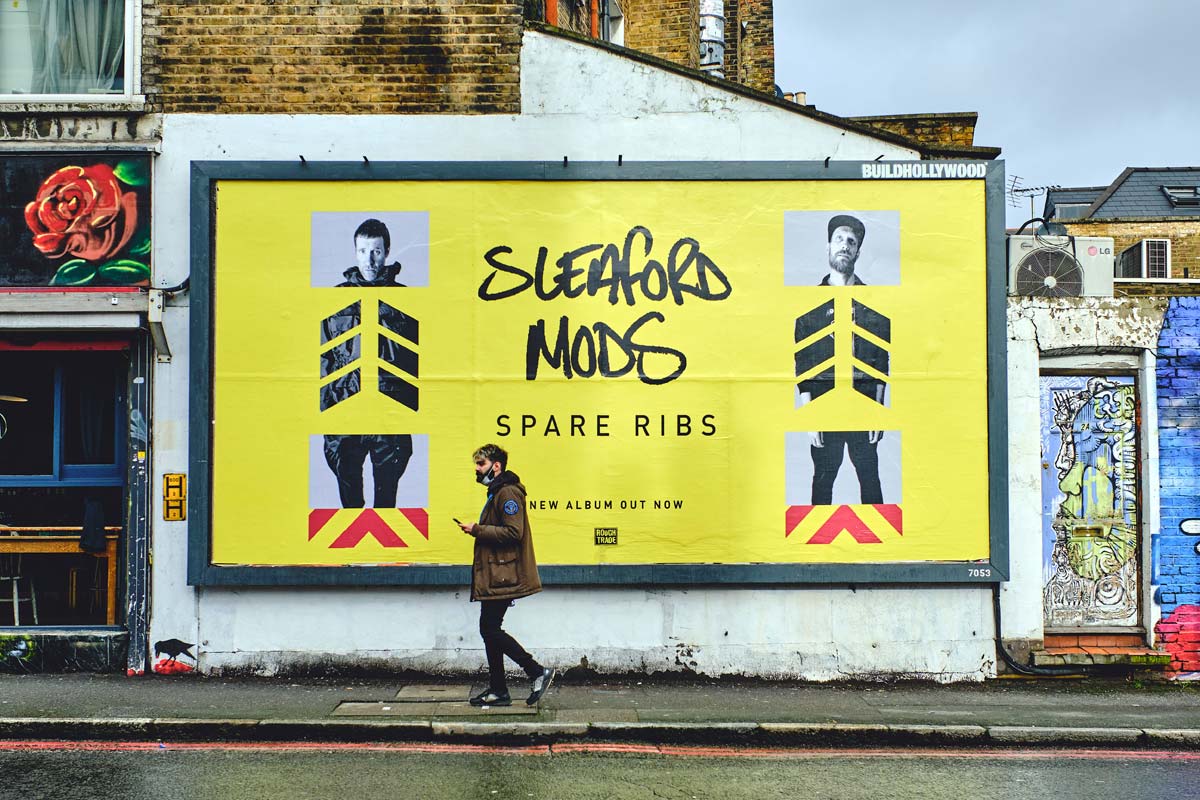 No surprise to say, 2020 has thrown up plenty of writing material for electro punk duo Sleaford Mods, so much so they’ve managed to drop their sixth studio album Spare Ribs. If the music on the radio doesn’t quite resonate with your anger about society right now, you might just want to listen to these guys.

Recorded over the course of three weeks during lockdown, their latest album casts a gaze over the state of a nation. Its messages about classism and society in general are delivered through the angry yet charming voice of Jason Williamson and the hypnotising electronic beats of Andrew Fearn.

On the first week of its release it landed at number 2 in the UK Official Albums Chart – which is also their highest ever chart position. We’ve been helping the duo hit the streets to promote their latest drop with a series of punchy posters and billboards across London town. 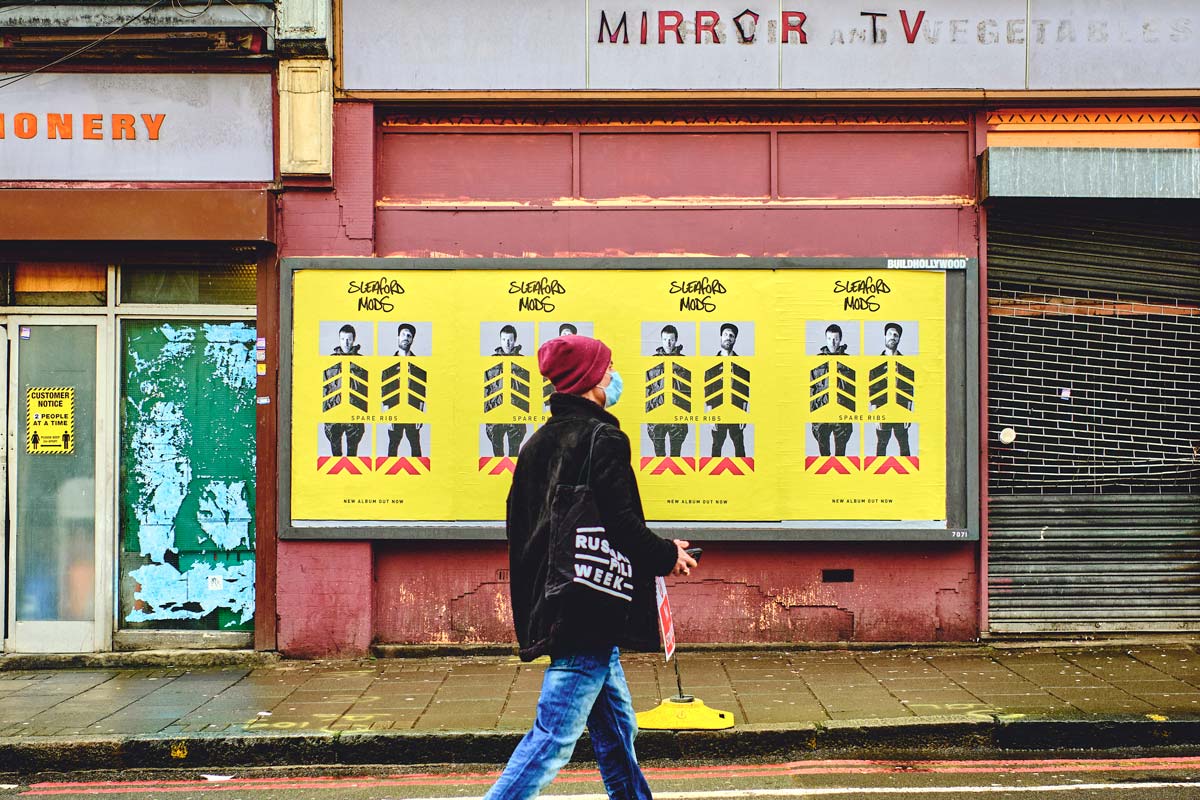 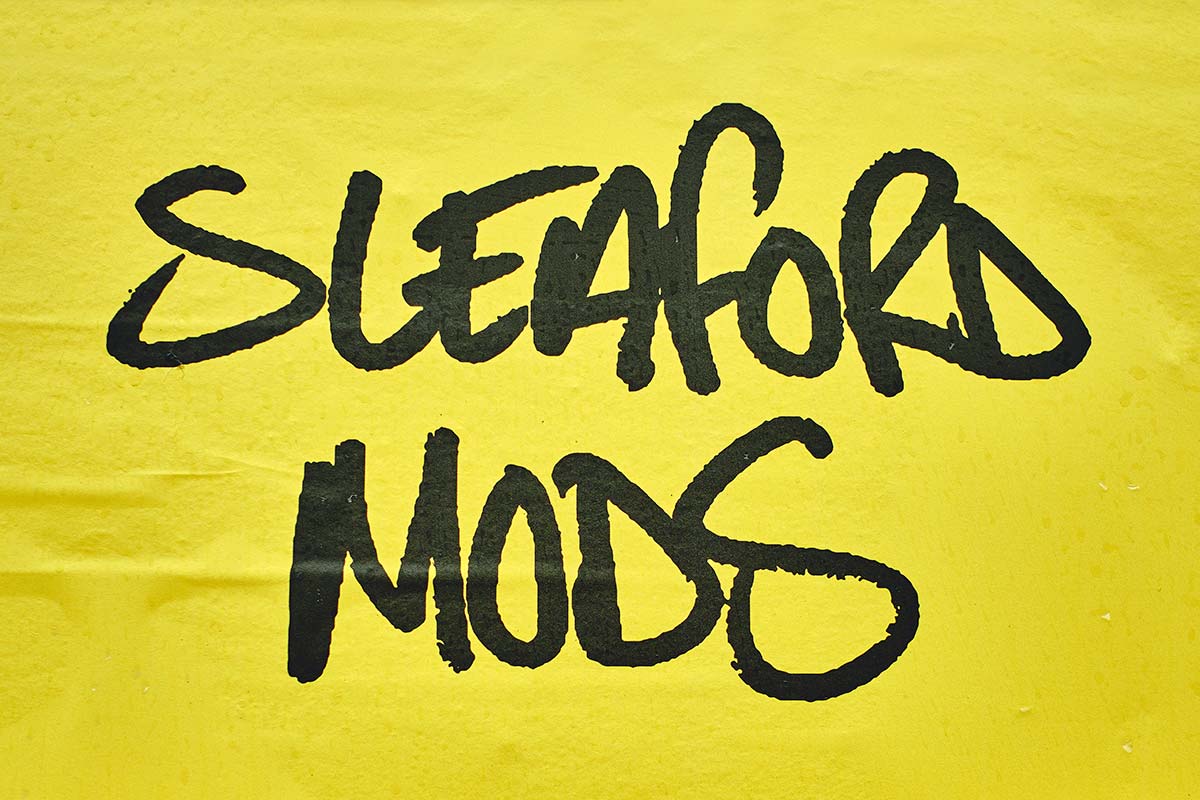 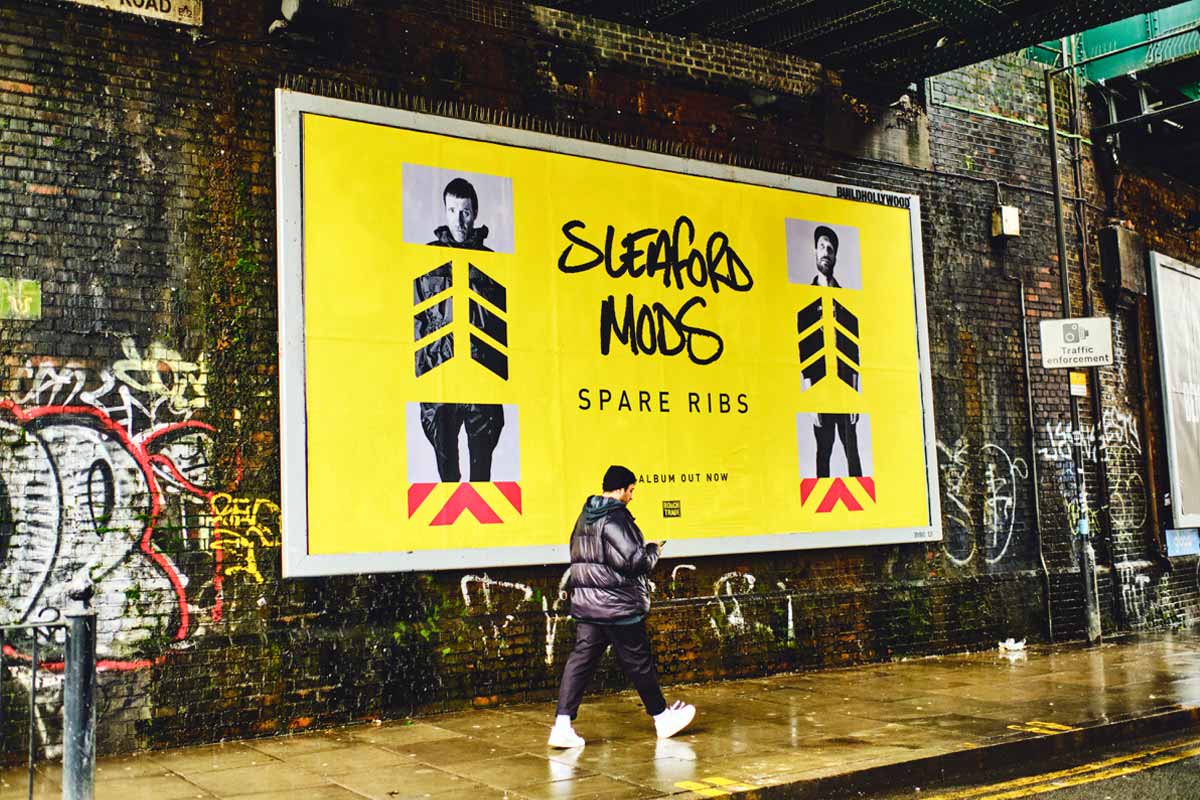 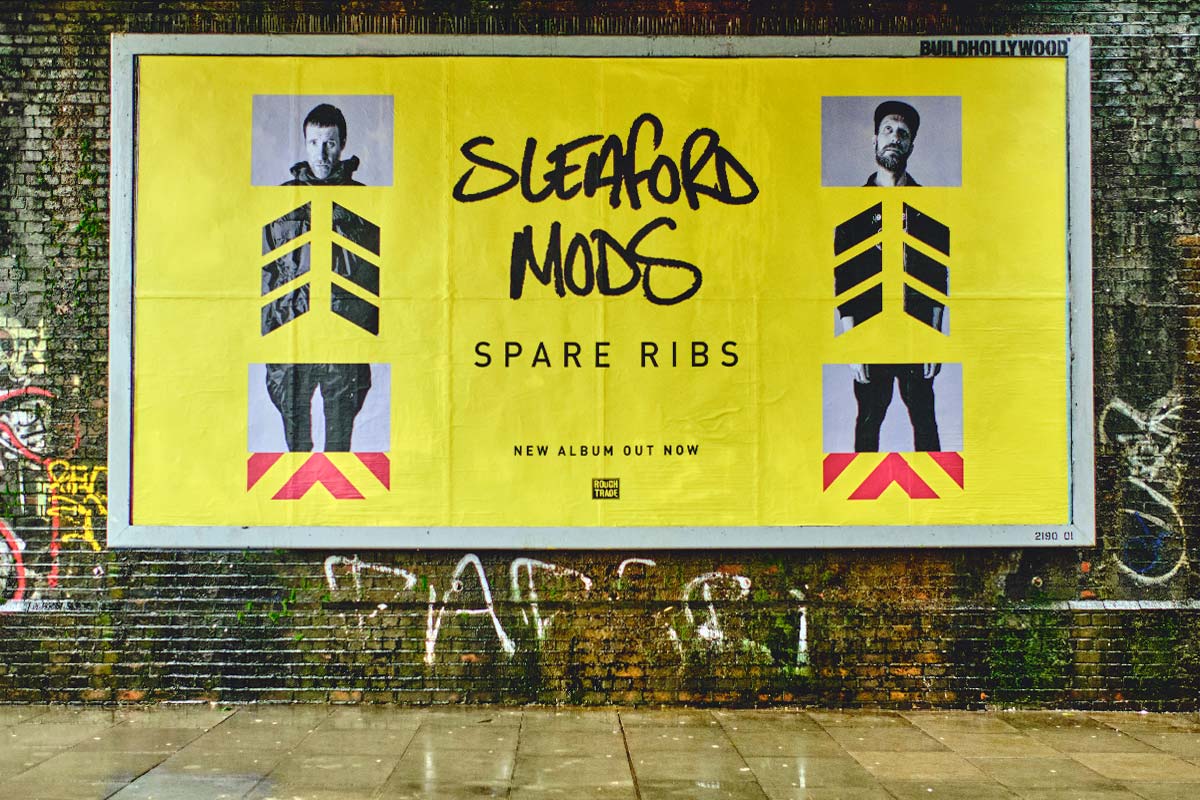 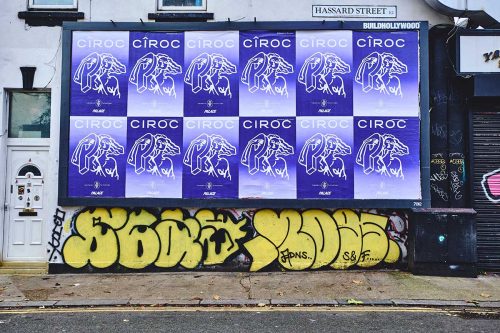 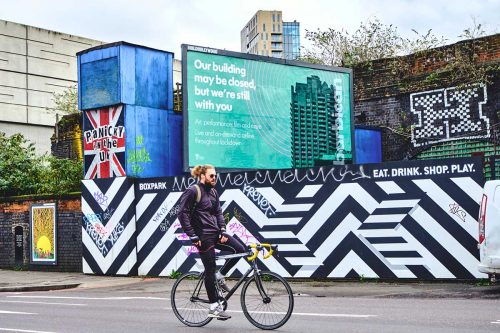 Barbican: Live and On Demand