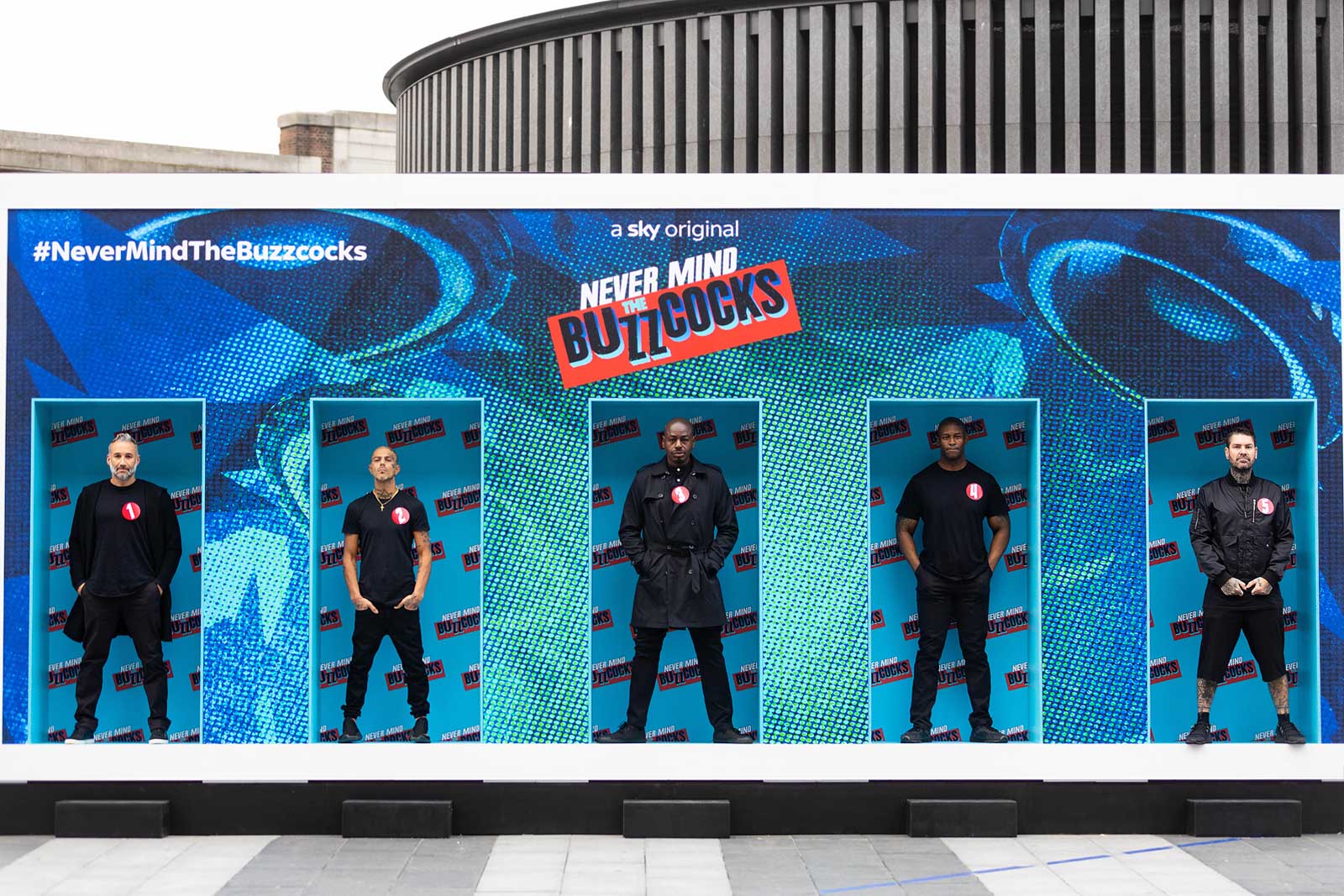 Never Mind the Buzzcocks epitomised British comedy and pop culture for almost twenty years, with a well-earned reputation for riotous quizzing and controversial quips. Now, after a few years off air, Sky TV have revived the cult classic for a new series on Sky Max, with comedian and ex-schoolteacher Greg Davies on hosting duties.

We teamed up with Hope&Glory PR to bring news of the premier to the streets of London, working on a show-stopping stunt to take over King’s Cross Station – that brought one of the quiz’s most famous rounds, the Identity Parade, to life right in the heart of the city. Pulling together legendary ‘90s boyband stars in the form of Another Level’s Dane Bowers, Boyzone’s Shane Lynch, Abz from 5ive, and Ben Ofoedu from Phats & Small, it whipped up a perfect storm of nostalgia, comedy and excitement – appearing in the Metro, and on Sky TV’s Instagram and Twitter accounts. 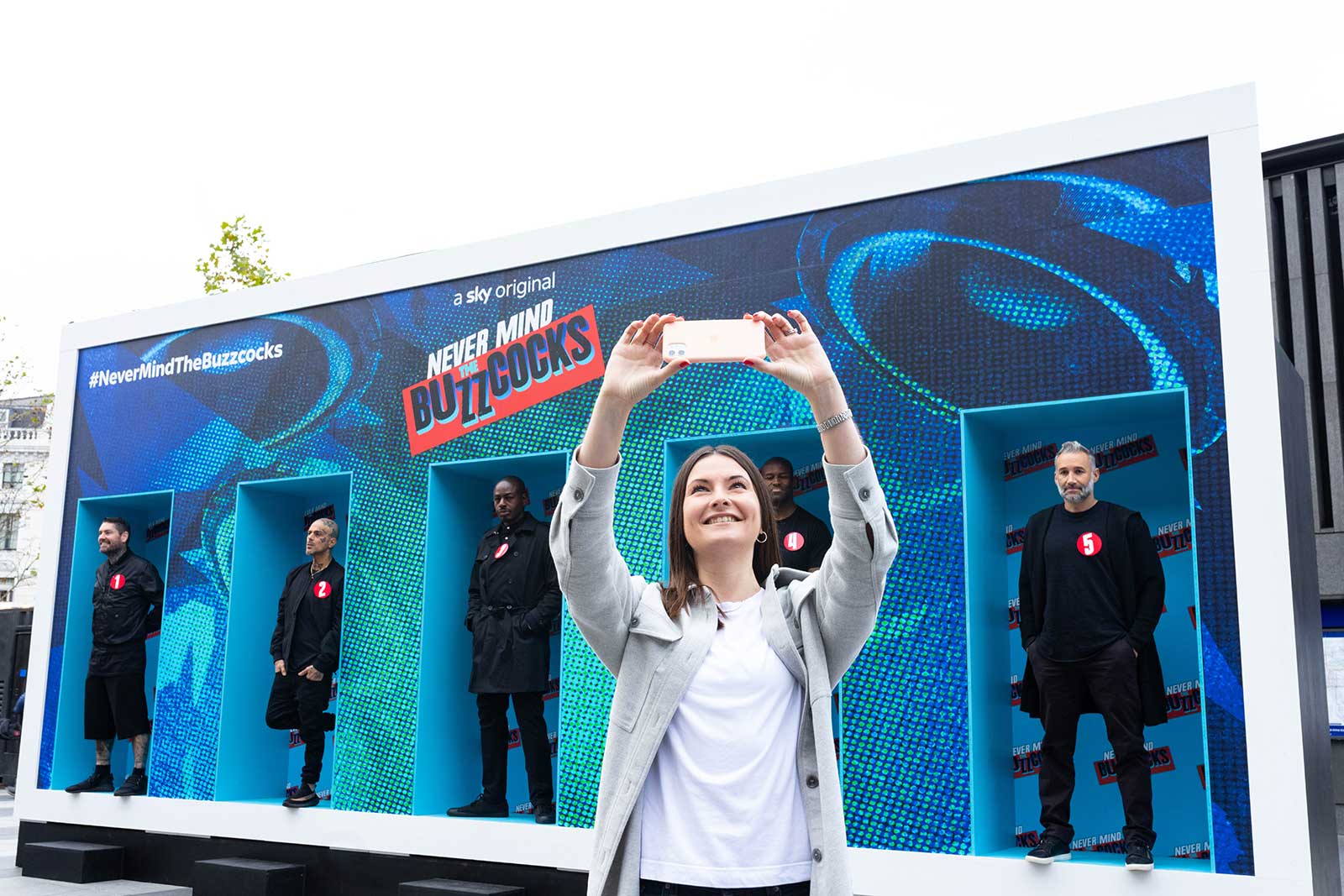 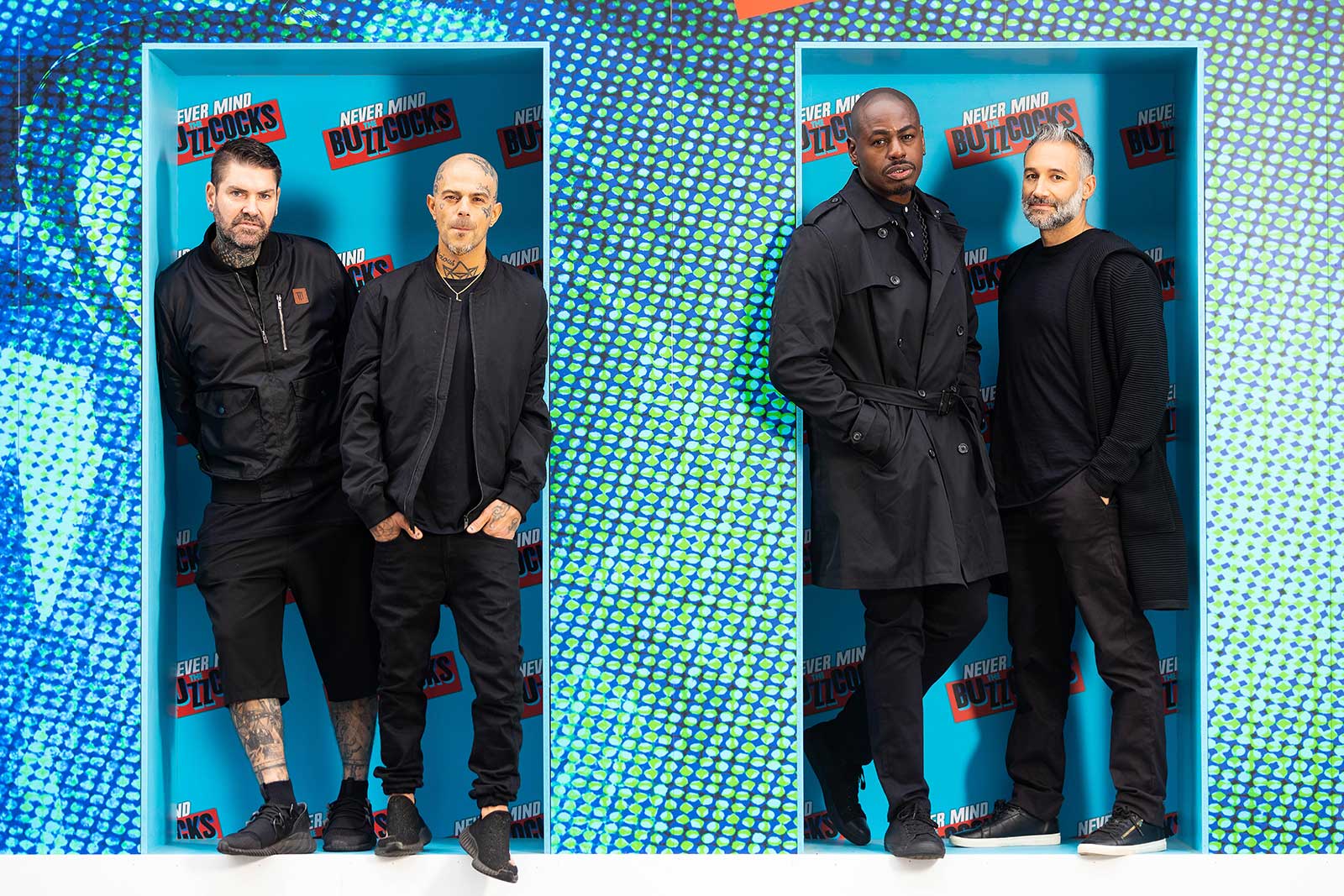 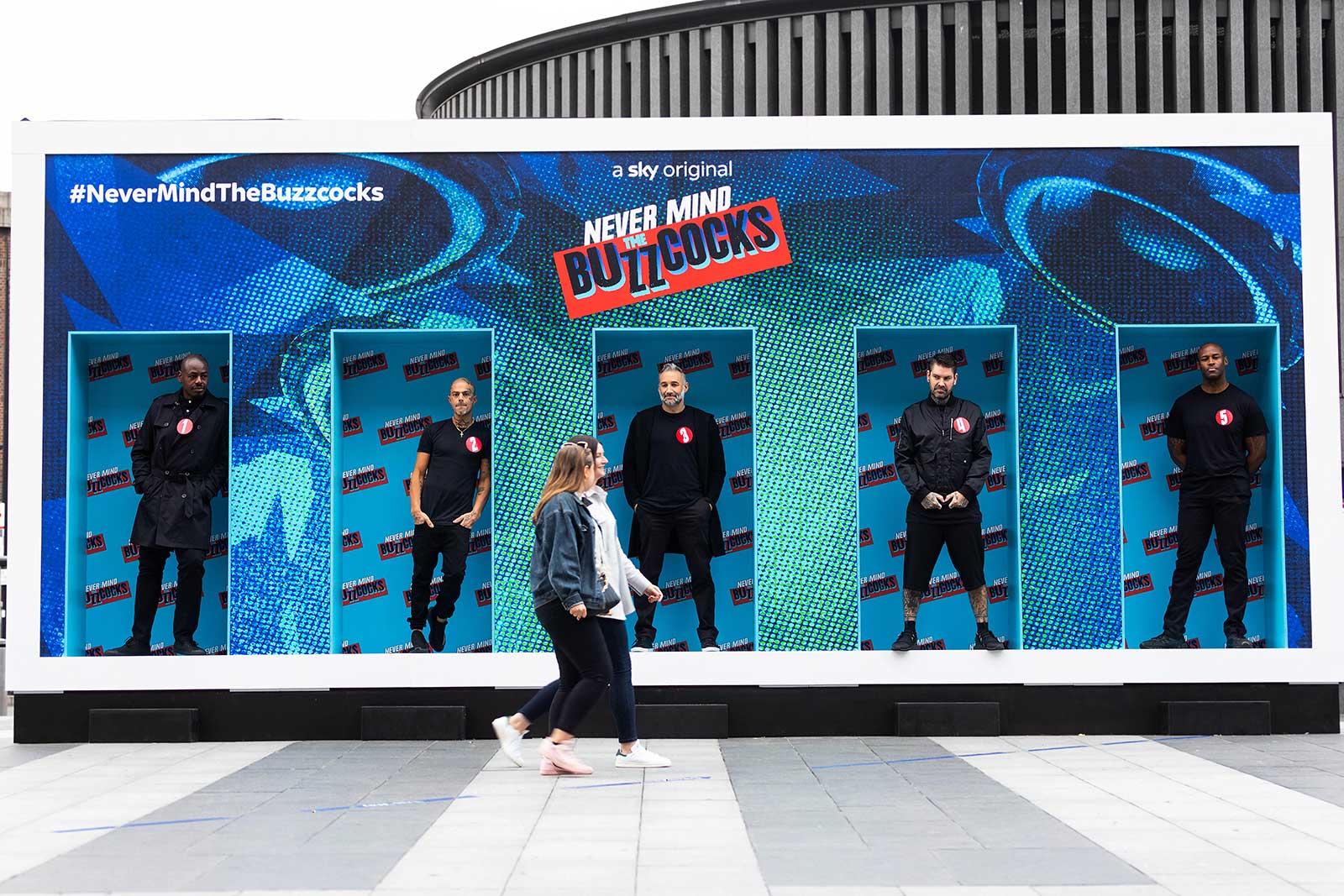 Design Museum: Amy: Beyond the Stage