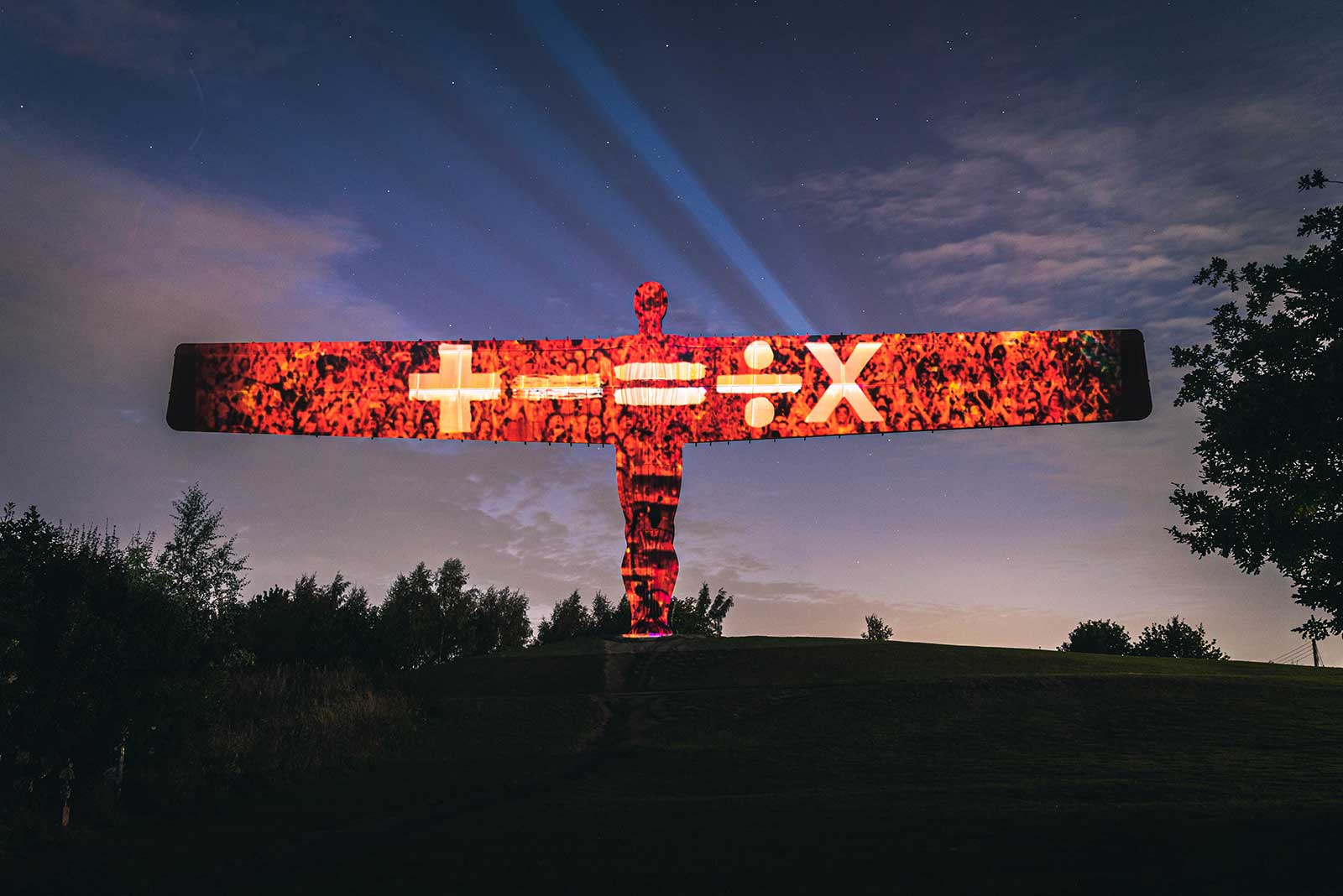 Ed Sheeran, the artist who’s earned himself endless superlatives, is back with fifth album =, and with new music comes a new tour. His ÷ Tour became the highest grossing of all time after a mammoth run stretching across over two years, so the Mathematics Tour is sure to be yet another spectacle.

To tease the tour date drop, we worked with CMS Media on a series of projections on some of the UK’s biggest landmarks, stopping by the Angel of the North, Cardiff Castle, Battersea Power Station, Marble Arch, Glasgow Gallery of Modern Art and the Riverside Museum. Showcasing a red-lit audience in the album artwork’s trademark colours, and a series of mysterious mathematical symbols, the activity gave fans a glimpse of the exciting news to come – and also made it into The Guardian. 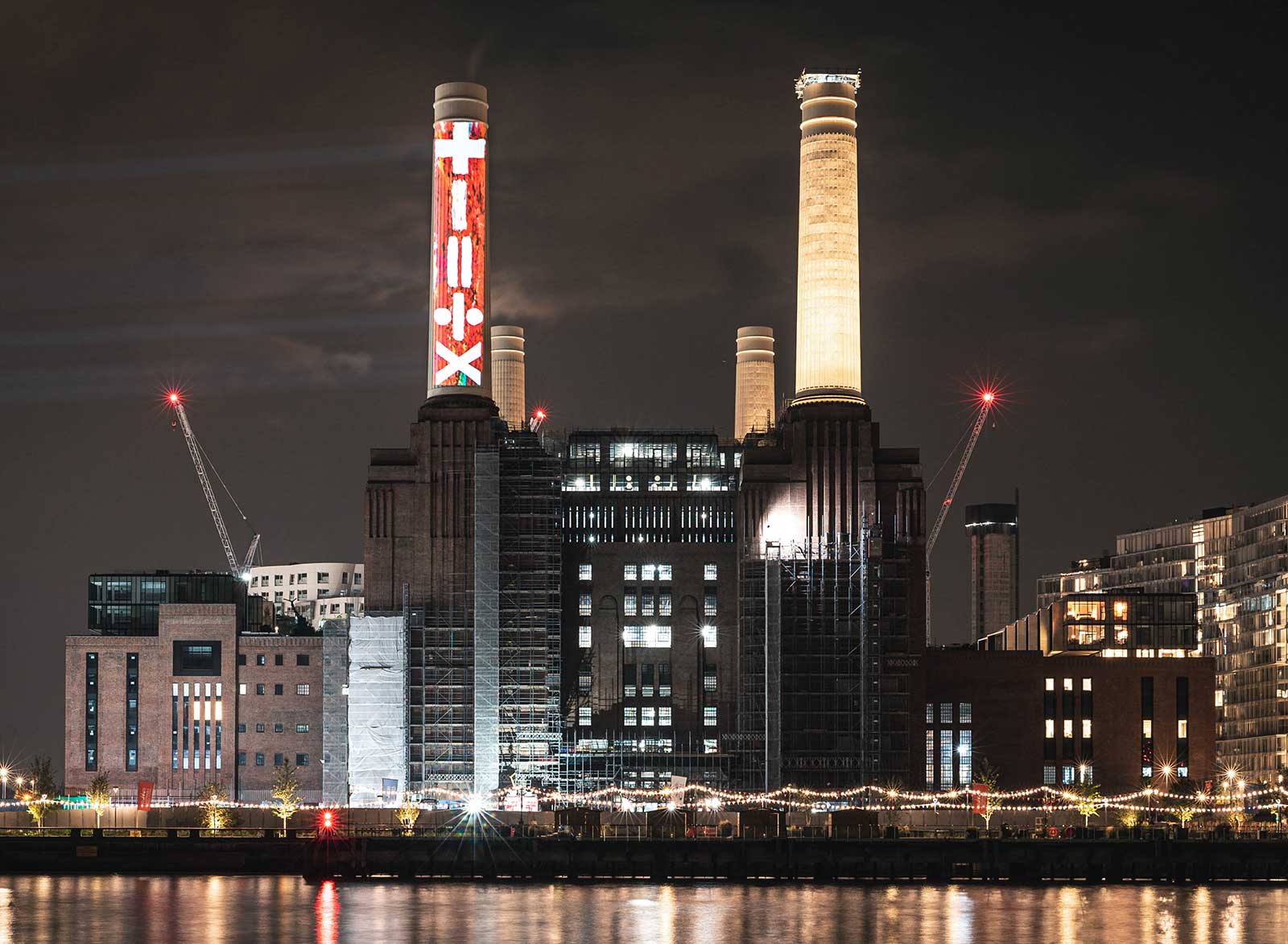 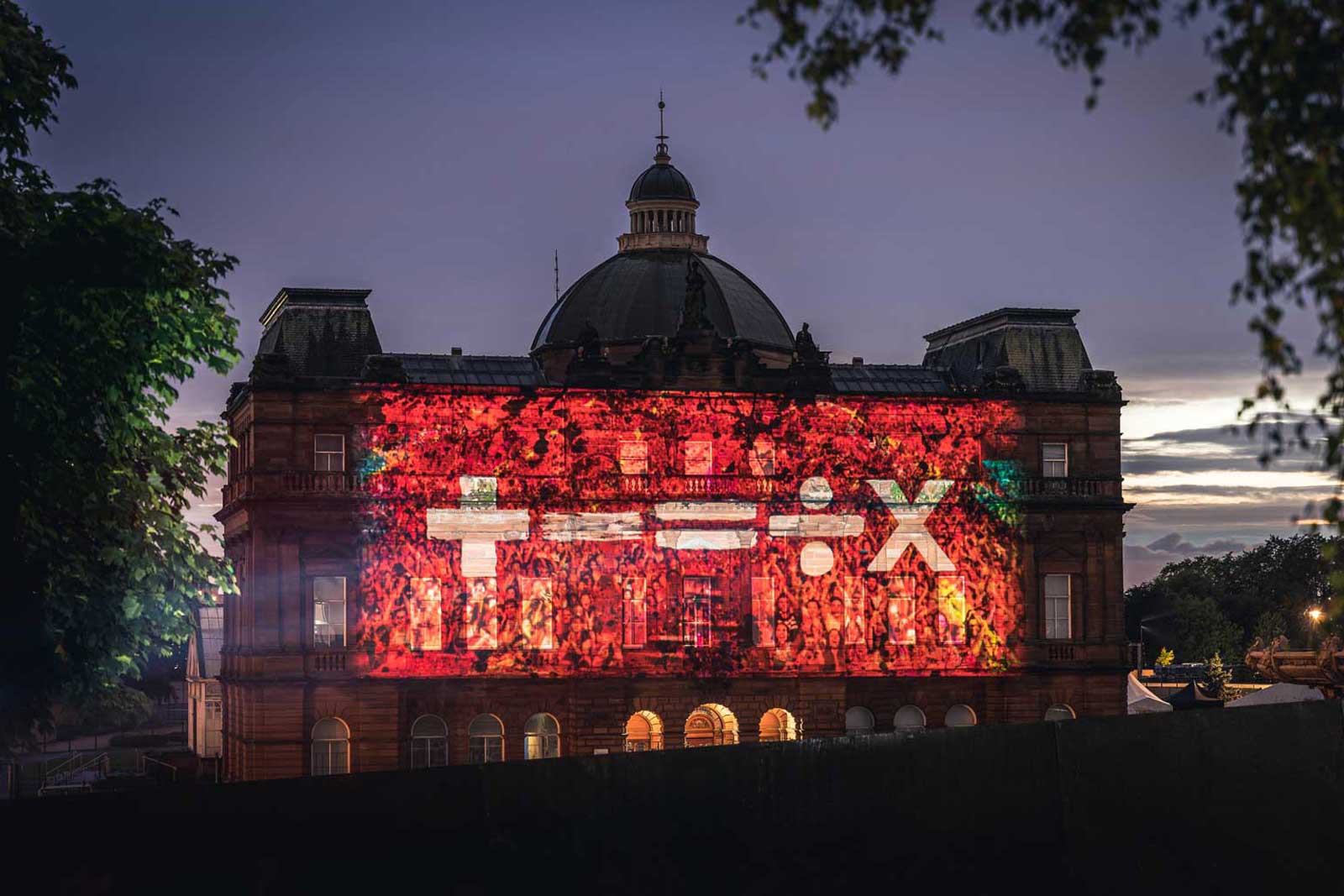 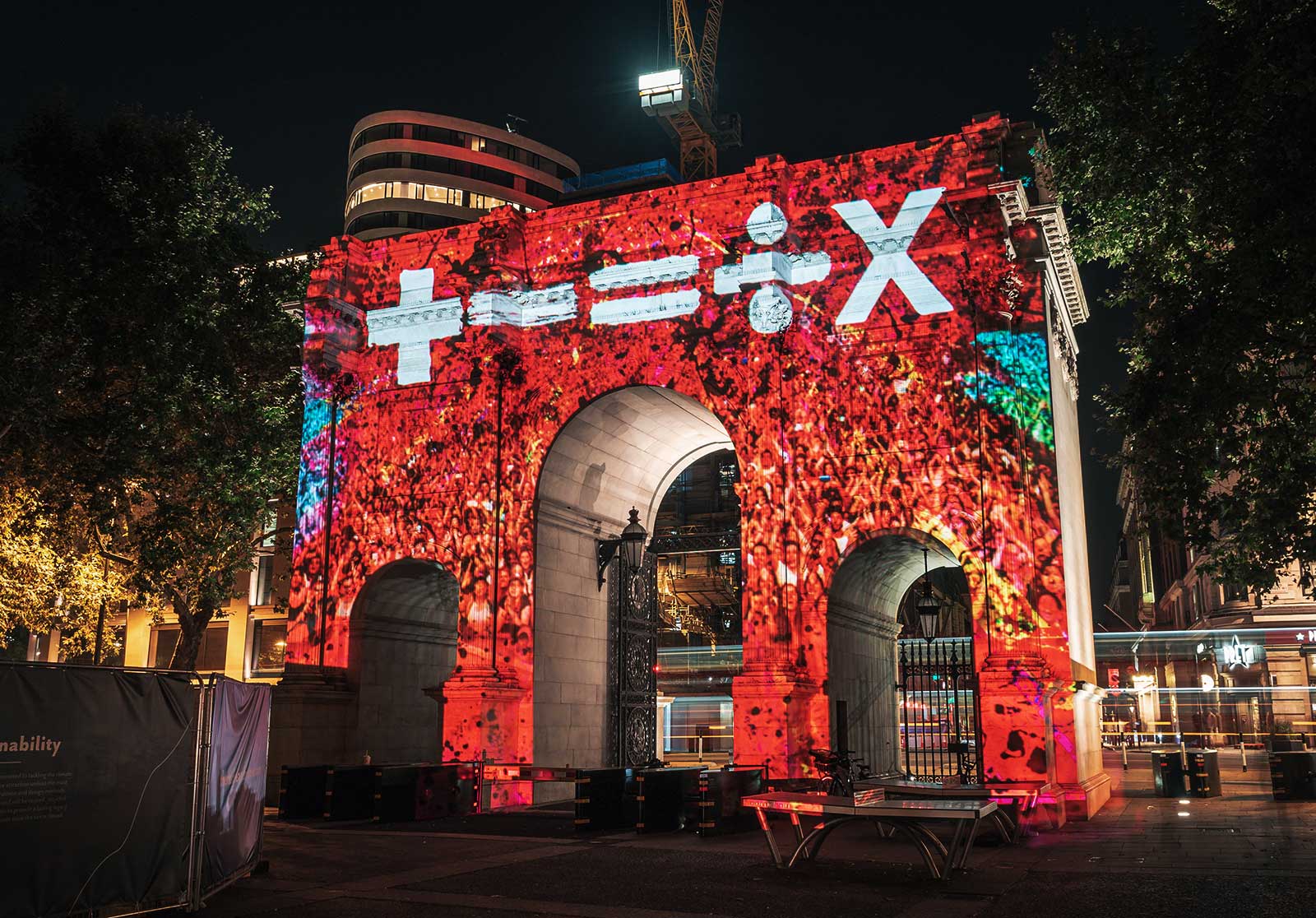 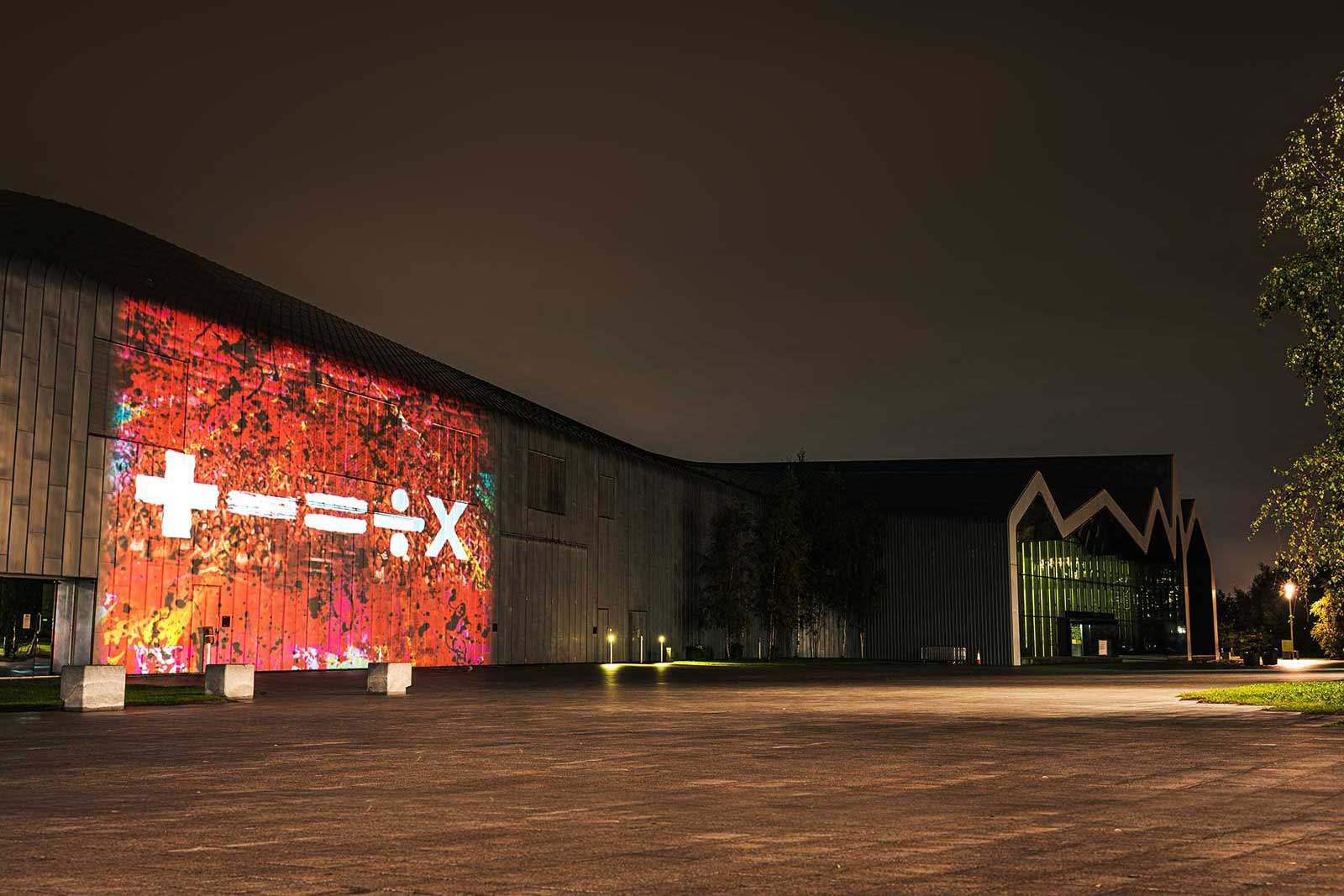 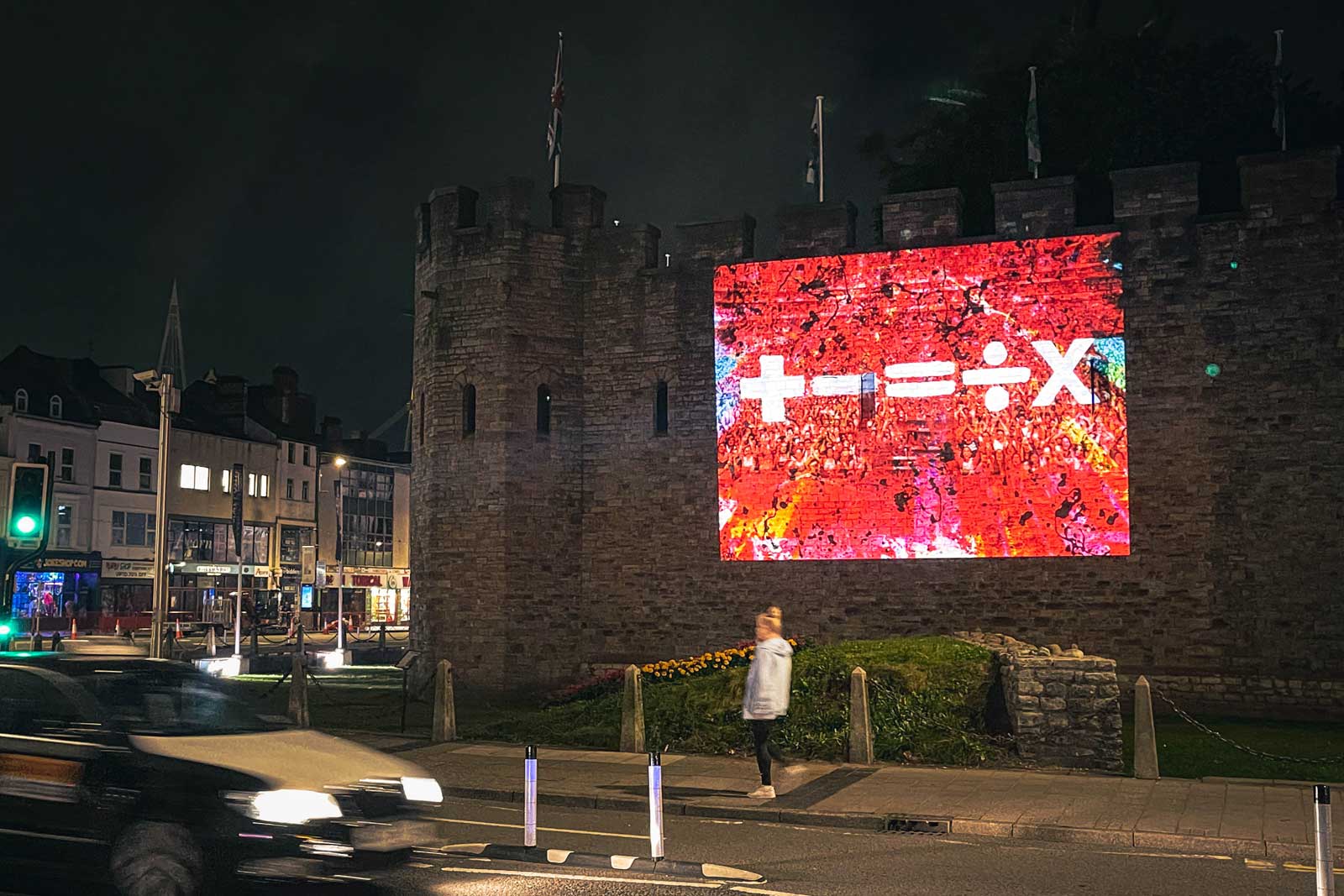 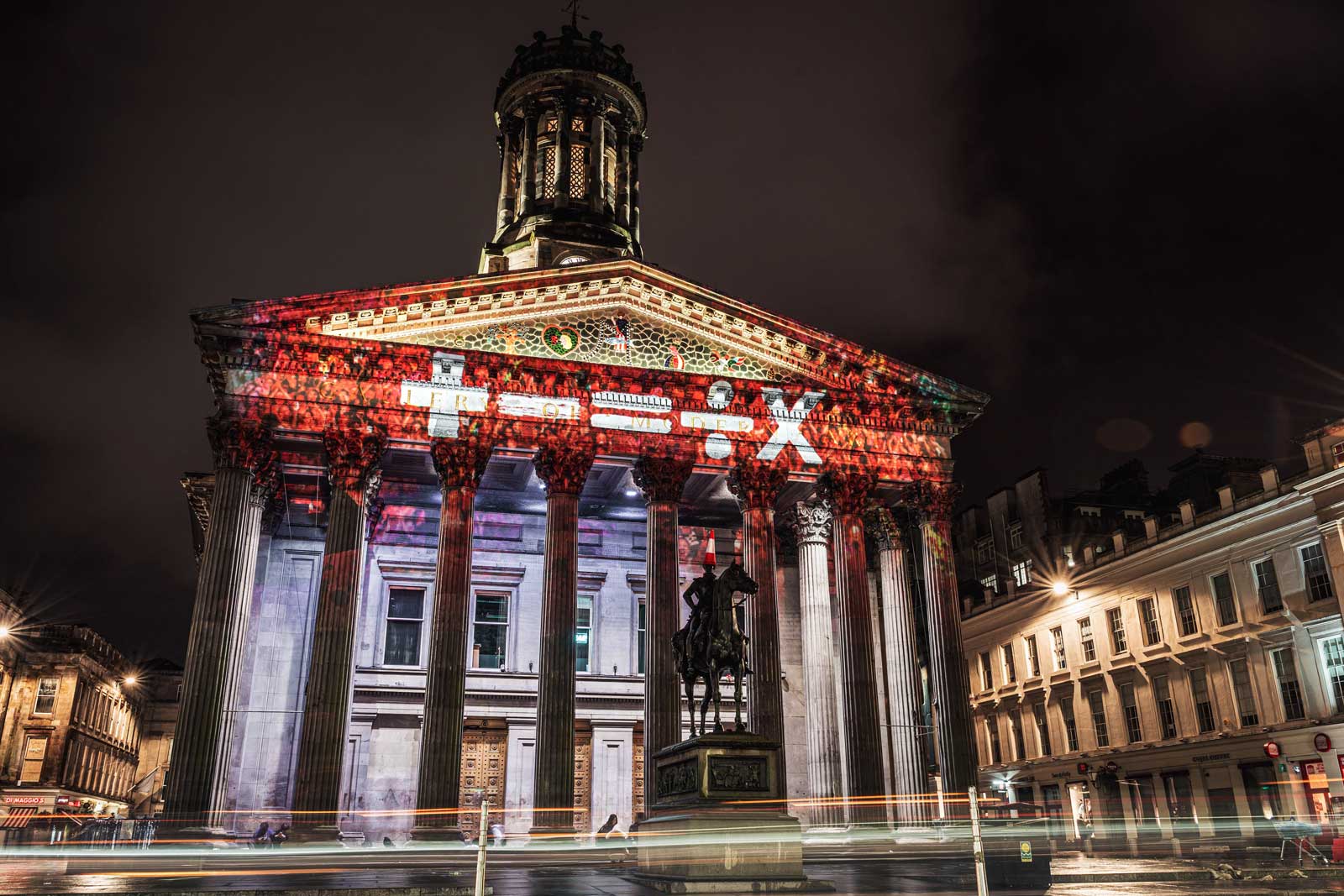 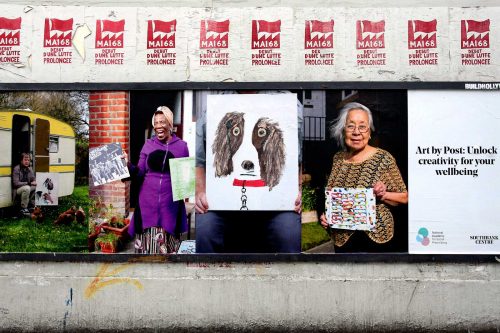 Southbank Centre: Art by Post: Of Home and Hope