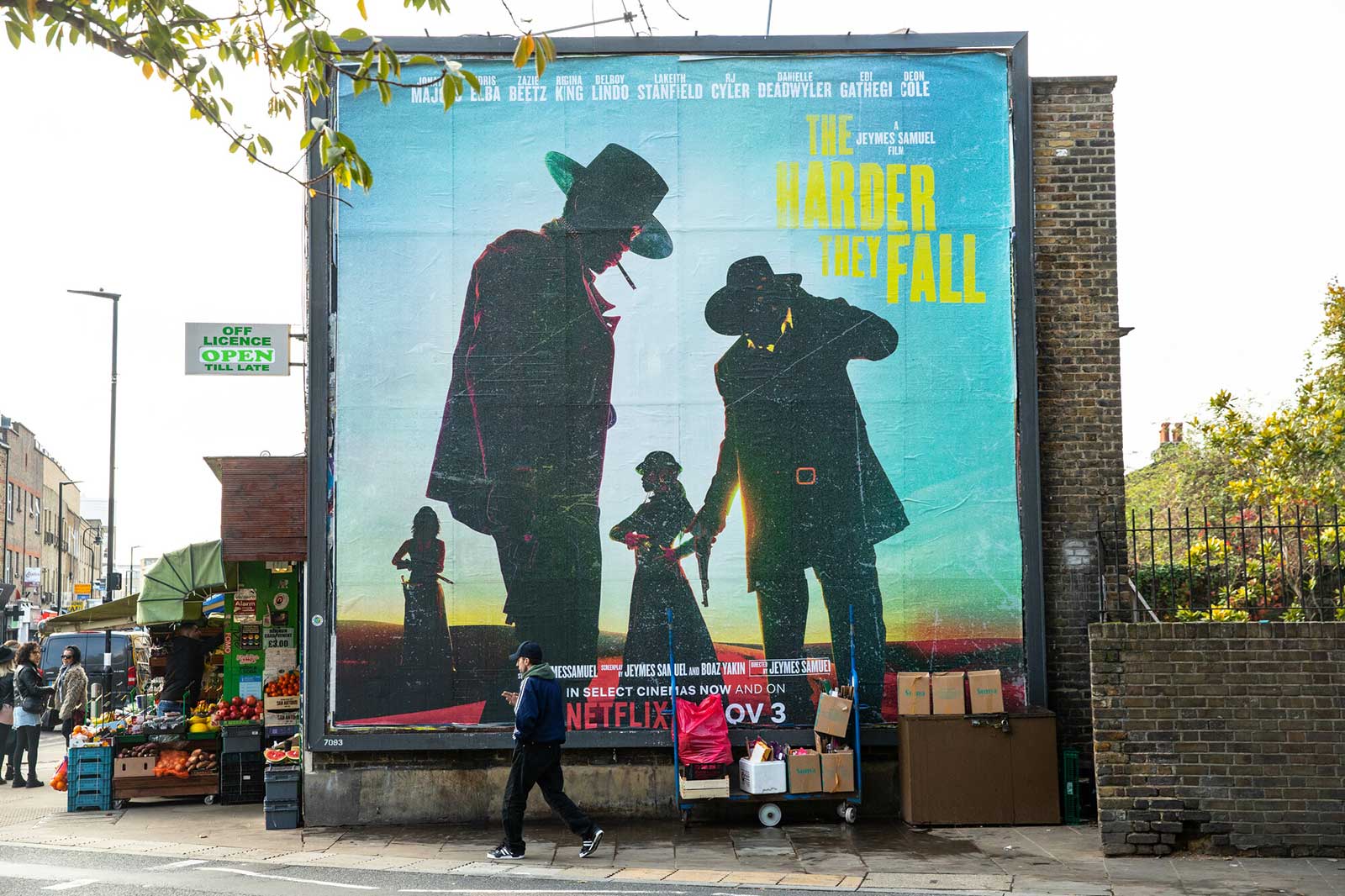 Netflix: The Harder They Fall

The Harder They Fall sees Netflix breathing new life into the Western format, with Jeymes Samuel at the helm of a star-studded cast – including Idris Elba, Danielle Deadwyler, LaKeith Stanfield, Zazie Beetz, Jonathan Majors, and Regina King to name drop a few.

Considering its Revisionist slant, the film is still grounded in reality – with each character based upon storied cowboys, outlaws and lawmen from the American West in the nineteenth century – ultimately following Old Western hero Nat Love, as he seeks vengeance on a sworn enemy who’s recently been released from prison.

We teamed up with Kinetic to bring The Harder They Fall to London, with a mega-takeover of our Broadway Market site in Hackney. Its artwork had a vintage feel evoking the bygone era of the film’s setting, with the mysterious and impressive-looking leads at its centre hinting at the eminent histories the story unites – making for a truly striking campaign in heart of the city. 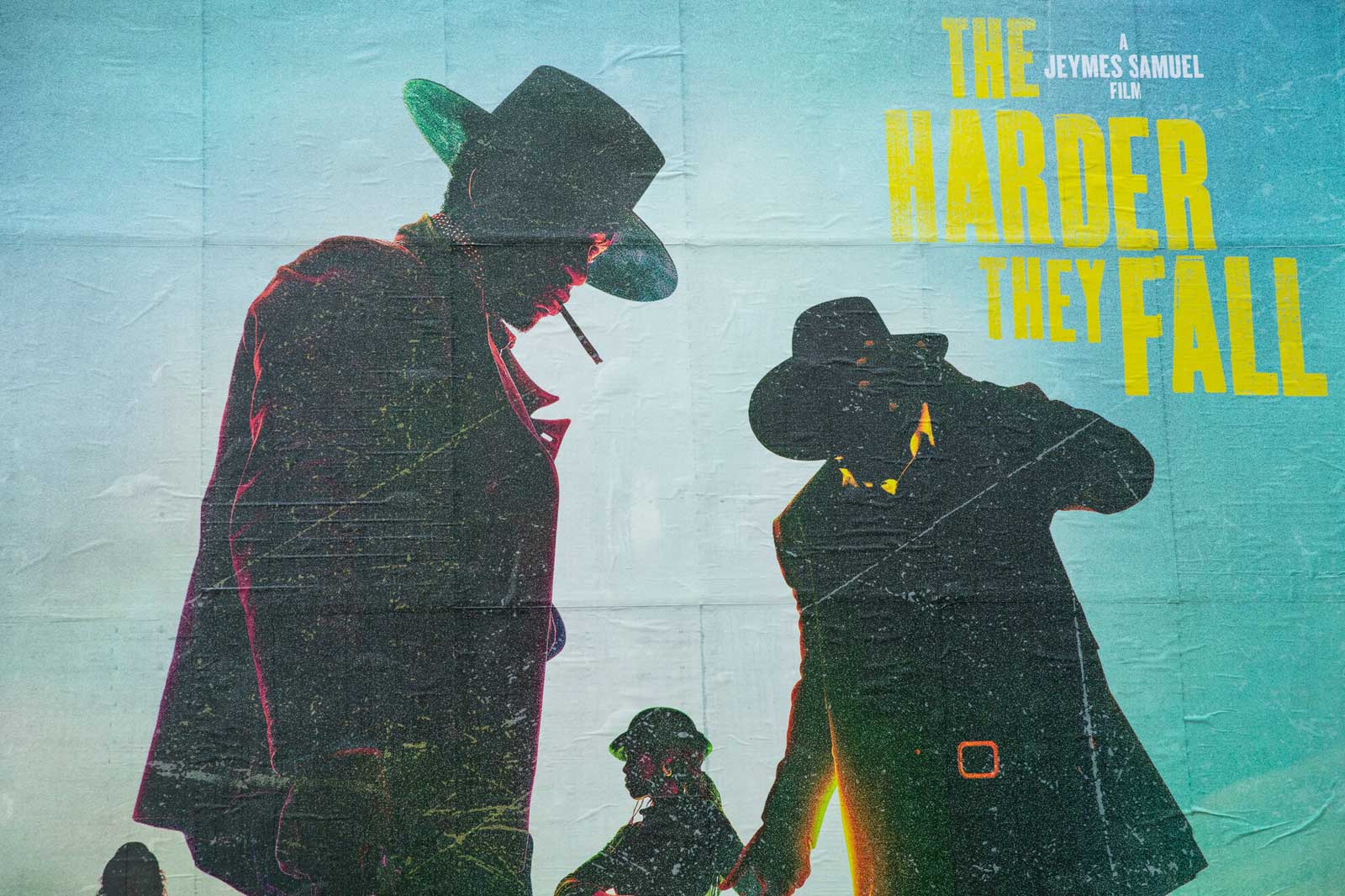 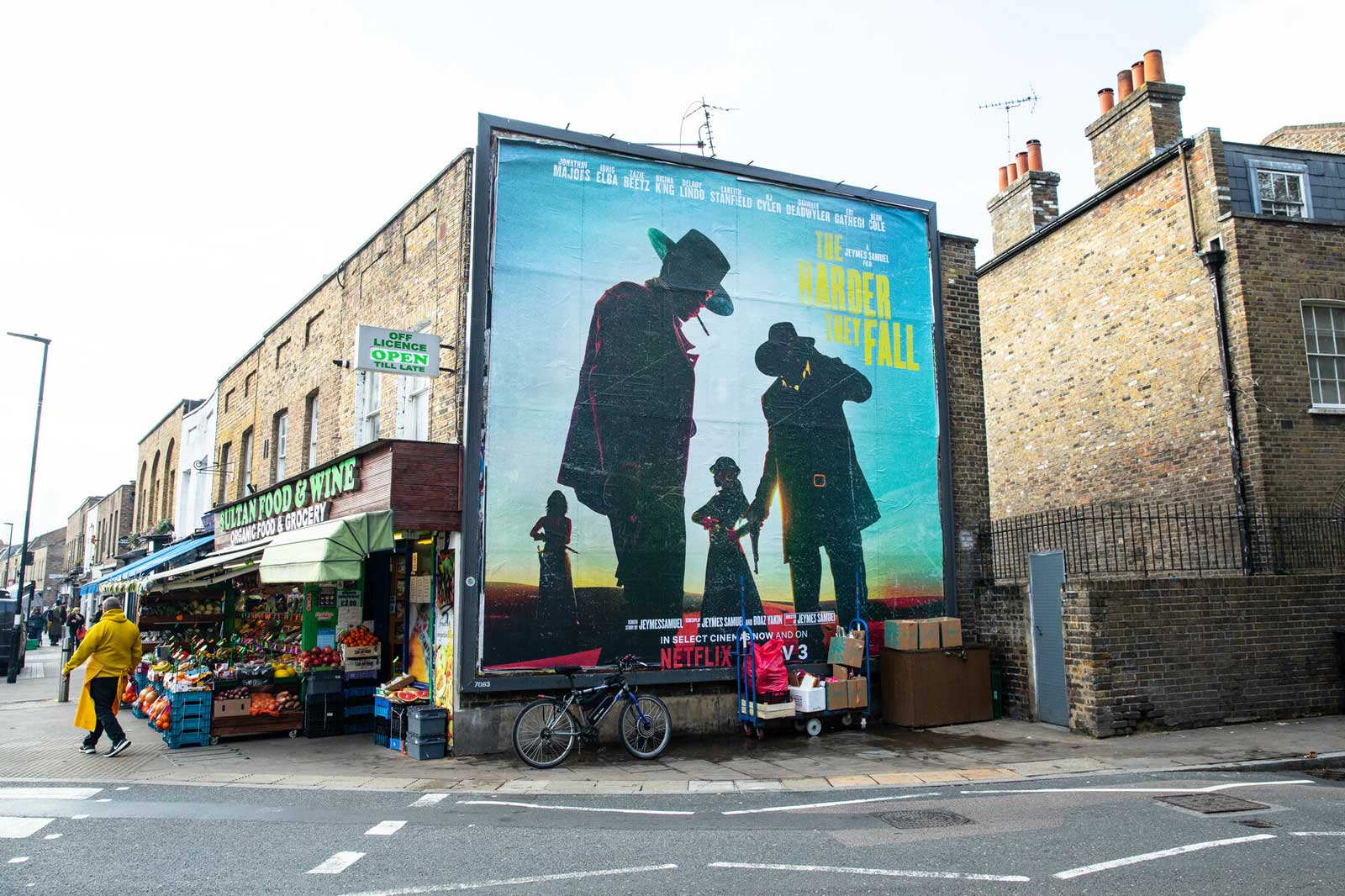