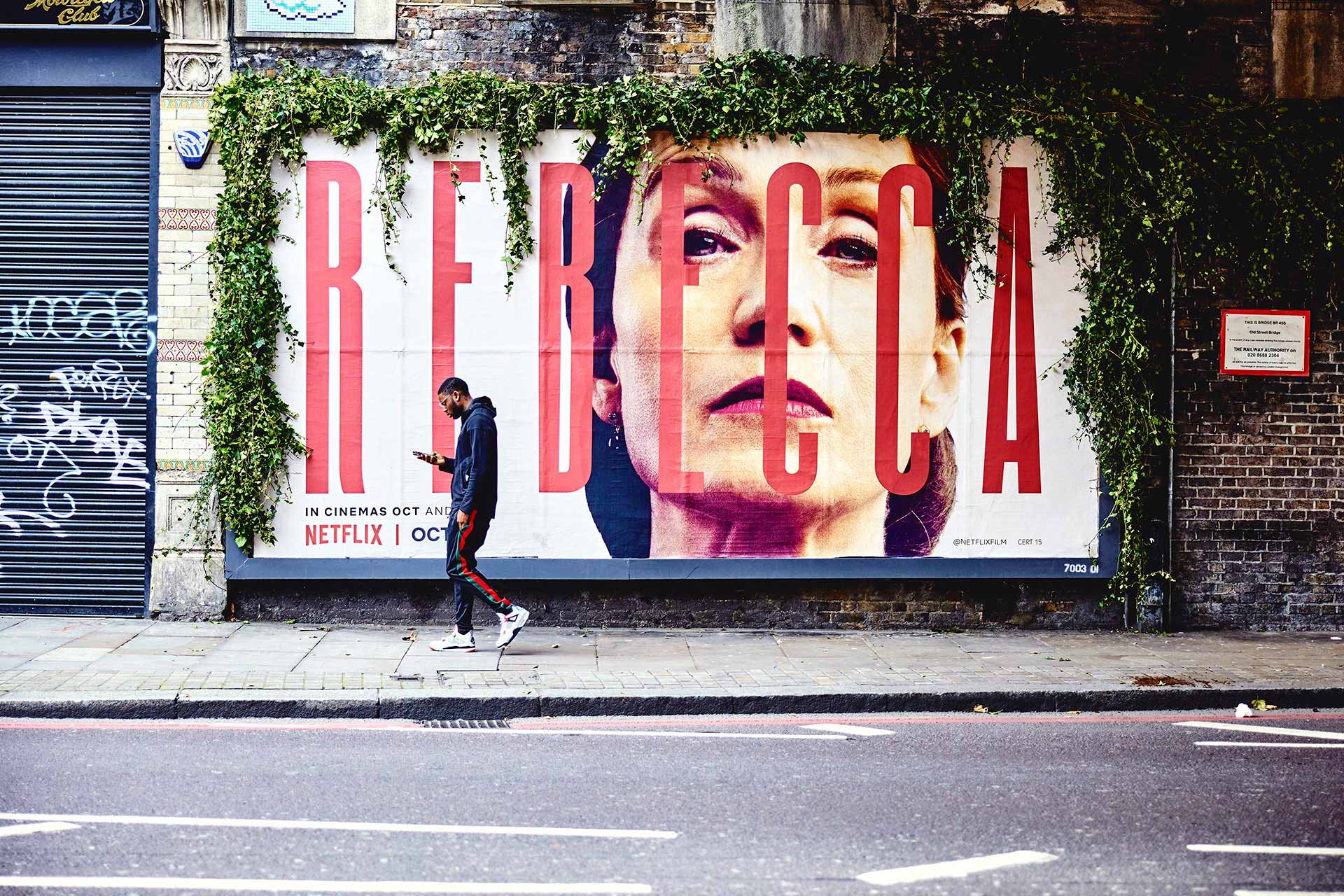 What better way to set the mood for  these winter months than with a compulsive, eerie psychological thriller? Daphne du Maurier’s beloved 1938 Gothic novel Rebecca has been adapted a few times, including by Alfred Hitchcock. A recent adaptation by director Ben Wheatley, starring Armie Hammer and Lily James, has come at the perfect time, dropping digitally on Netflix for those long, dark evenings.

To celebrate the launch, we teamed up with Netflix in sites across London with a variation of artworks, featured on poster and billboard takeovers featuring Kristin Scott Thomas as the legendarily terrifying Mrs Danvers. We’re most proud, however, of our special build in Old Street, a living billboard that brings the story to life. 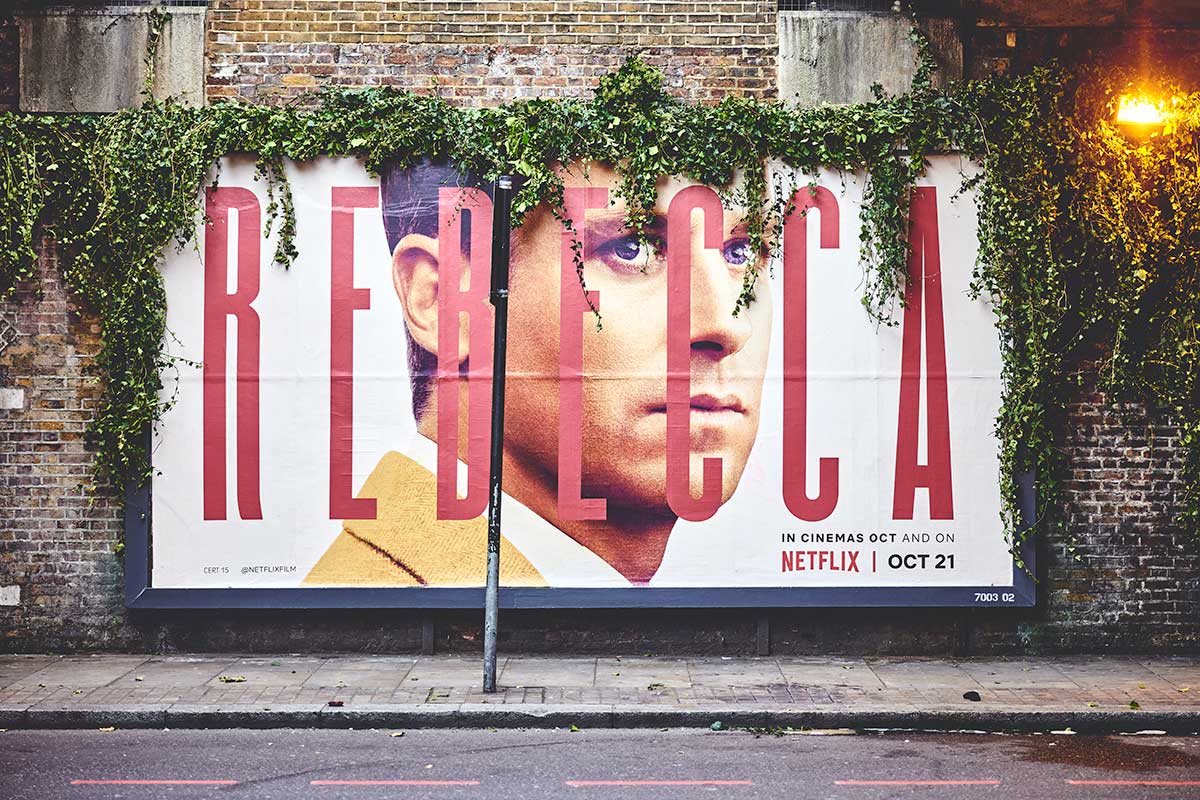 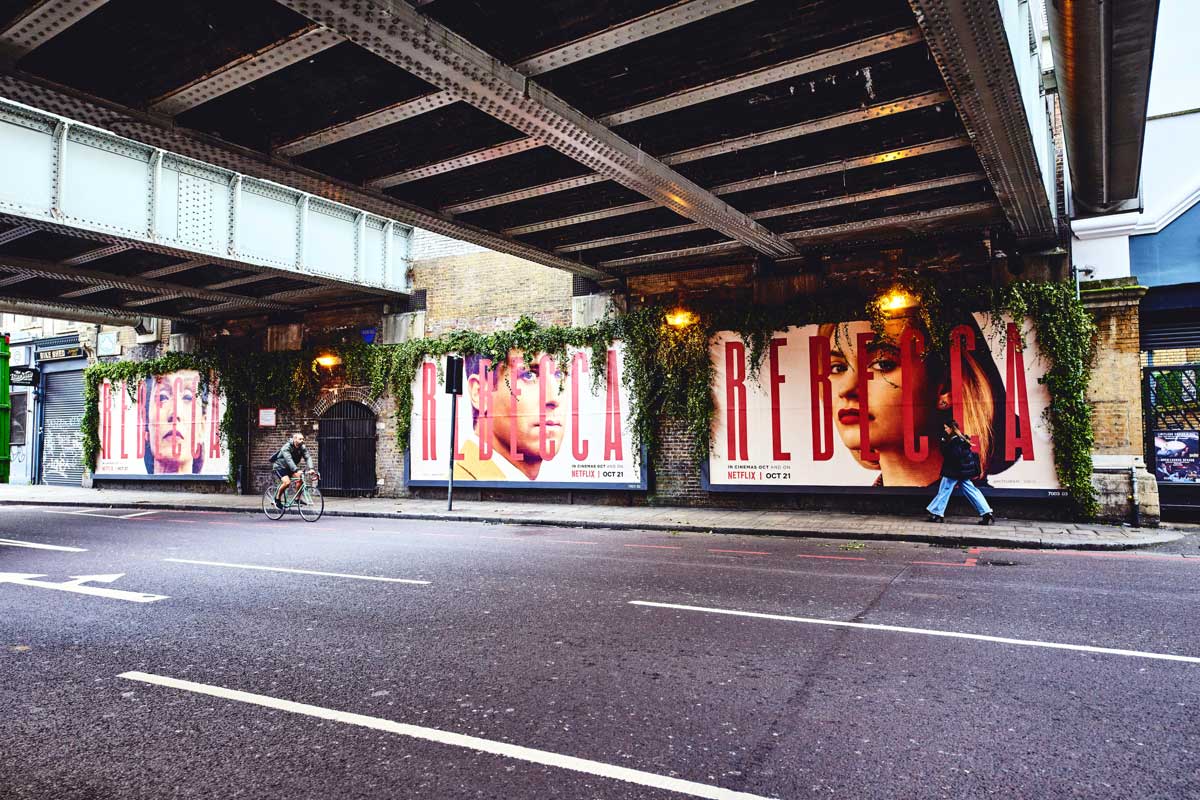 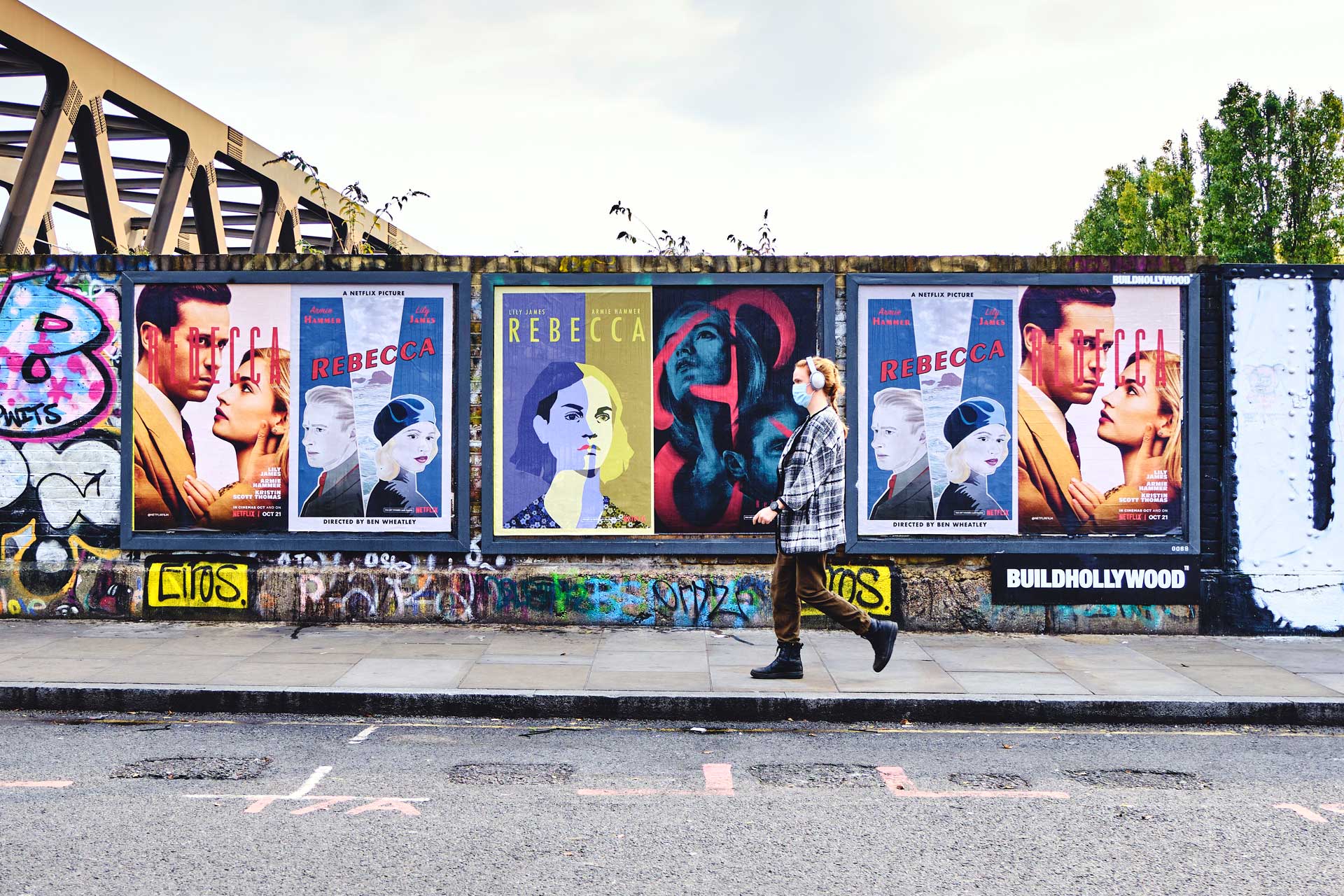 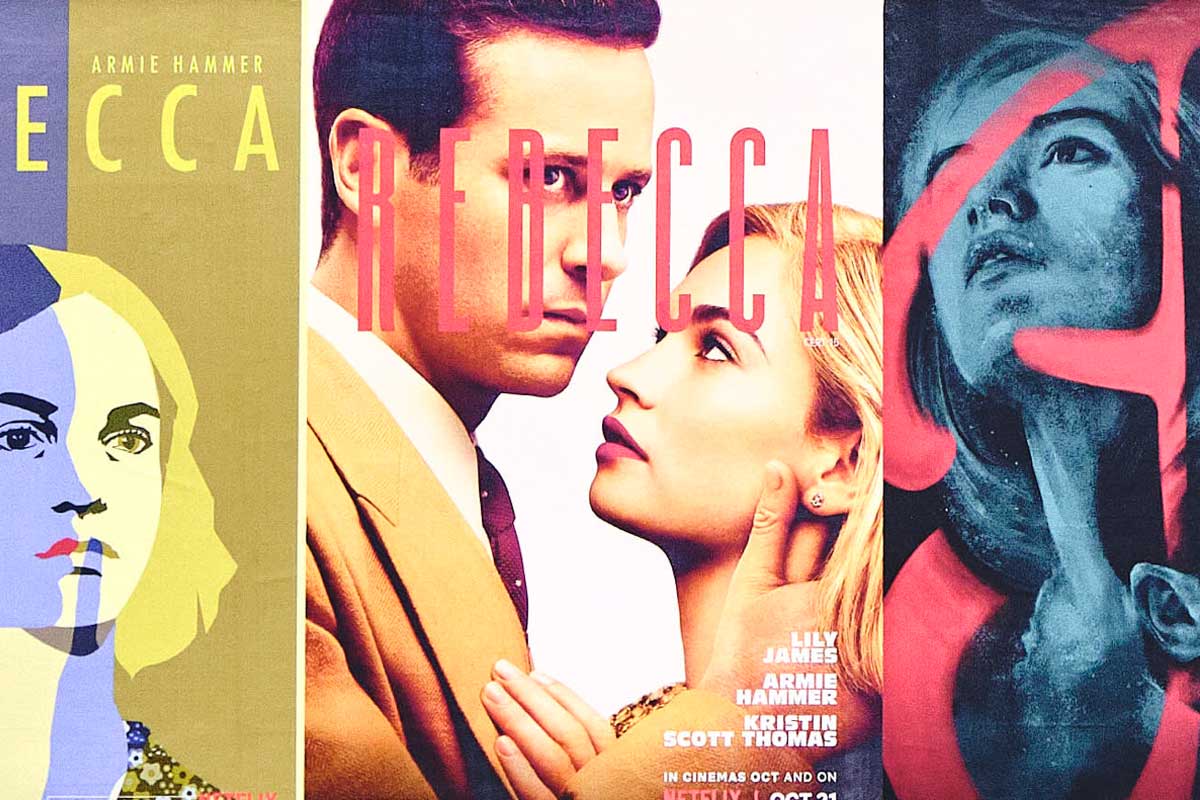 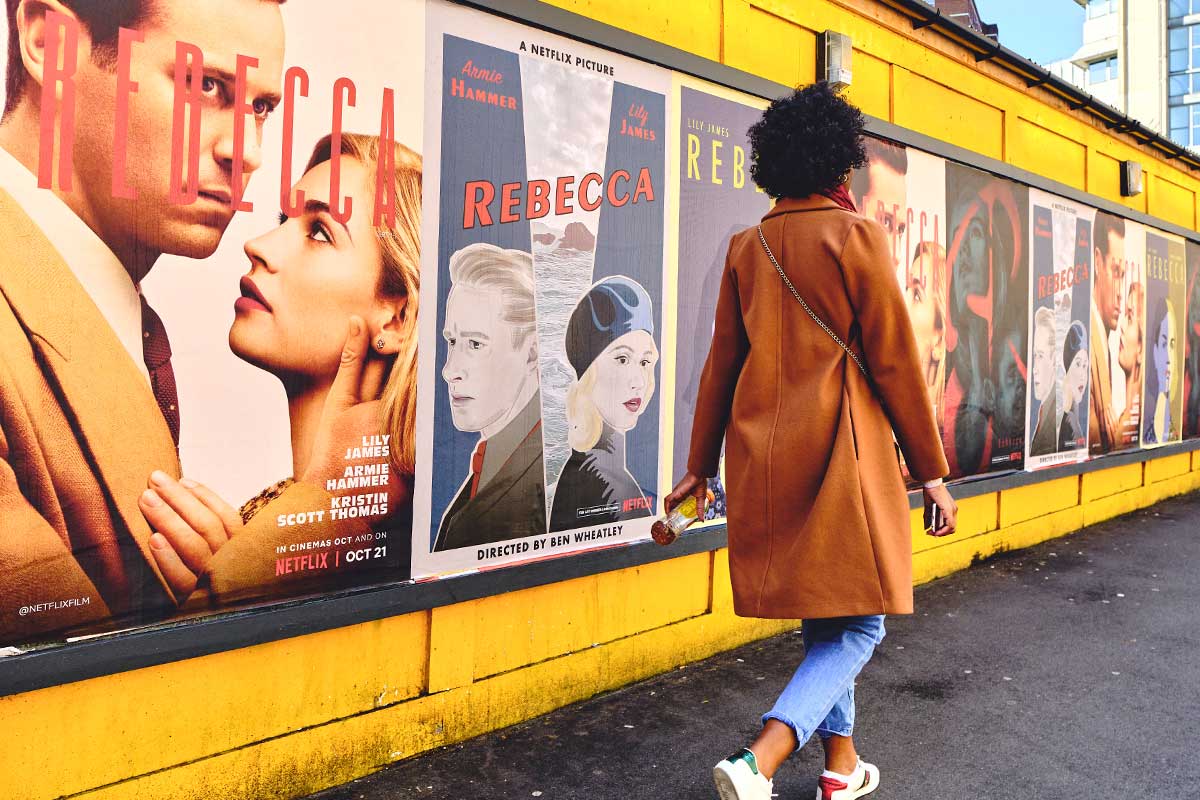 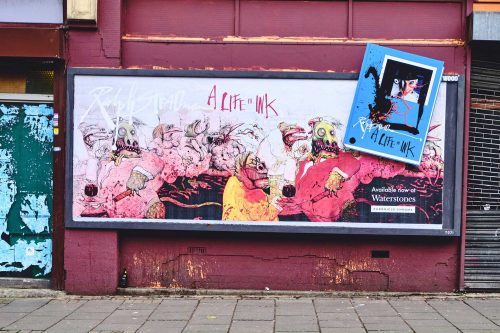 A Life in Ink: Ralph Steadman 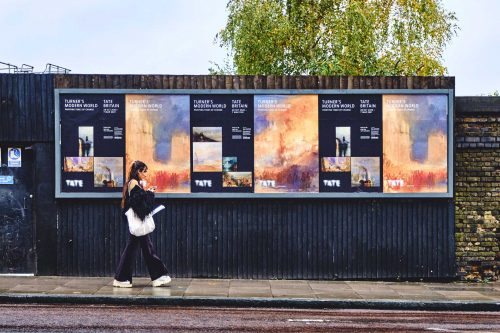