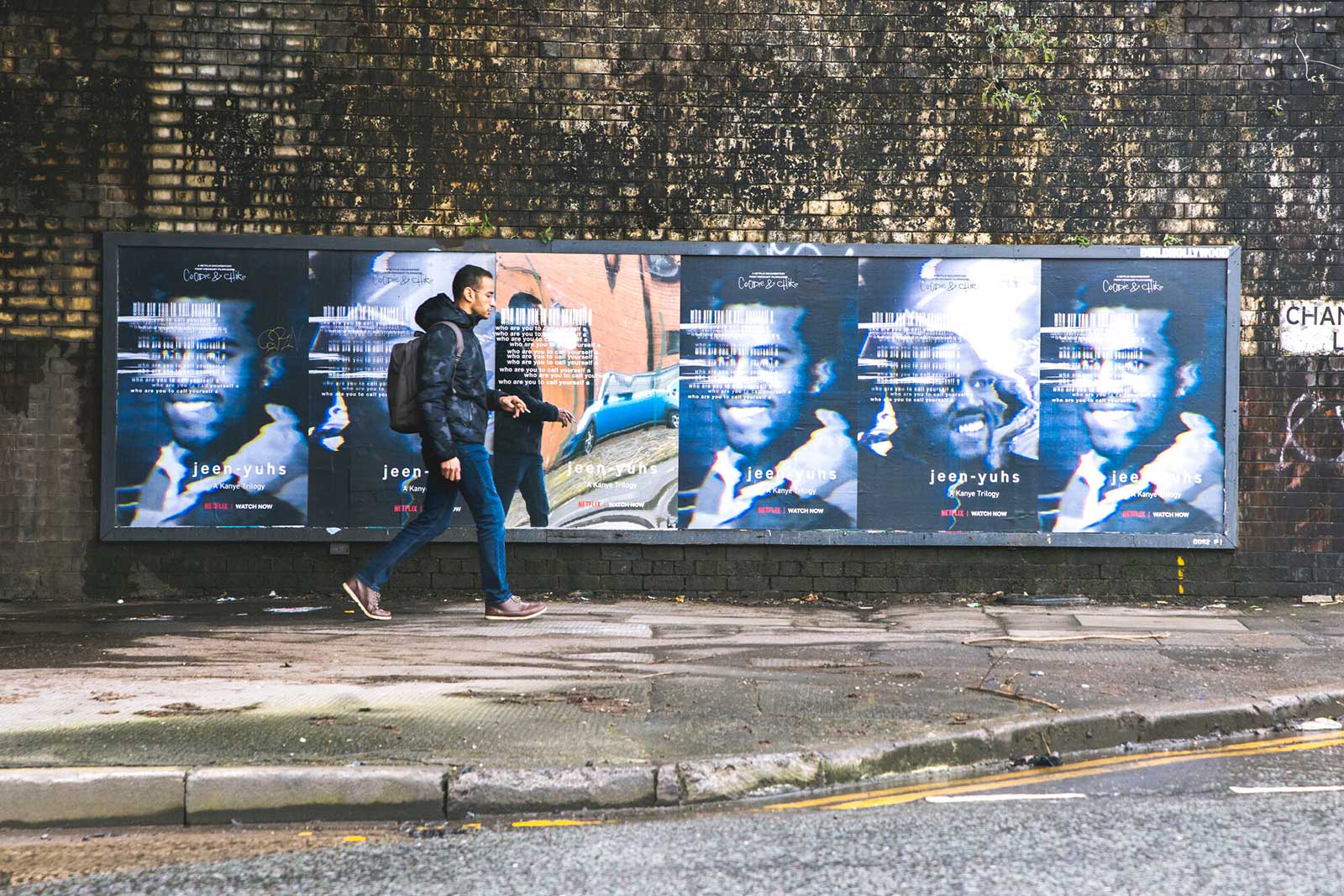 As one of the twenty-first century’s most iconic rappers and producers, Kanye West (or Ye) has now been in the limelight for almost two decades. Chronicling his career, its hard-fought beginning, its ups and its downs, director duo Coodie & Chike have provided a new peek into Kanye’s world with their Netflix documentary Jeen-Yuhs: A Kanye Trilogy. Presenting his journey with all its complexities, it’s a behind-the-scenes look at one of modern music’s most seminal artists, and his moving journey to, and through, stardom.

We worked with Kinetic to bring Jeen-Yuhs to Birmingham, Bristol, London and Manchester, with mirrored creatives that asked the streets, “Who are you to call yourself a…?”, reflecting the documentary’s ability to provoke contemplation about the price of fame. Sitting next to warped portraits of its namesake figure, the campaign gave the film a distinctive profile on the streets of each city. 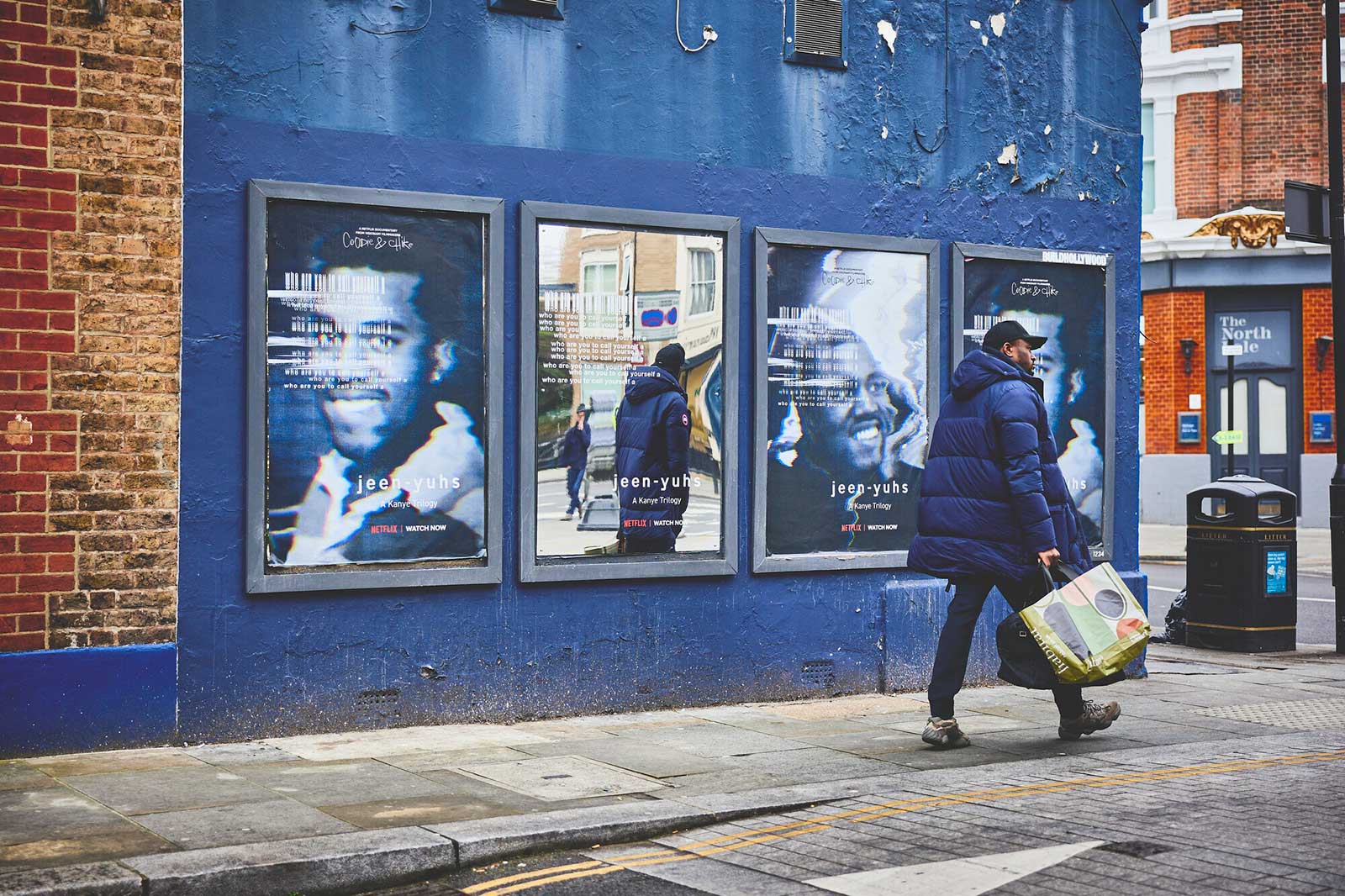 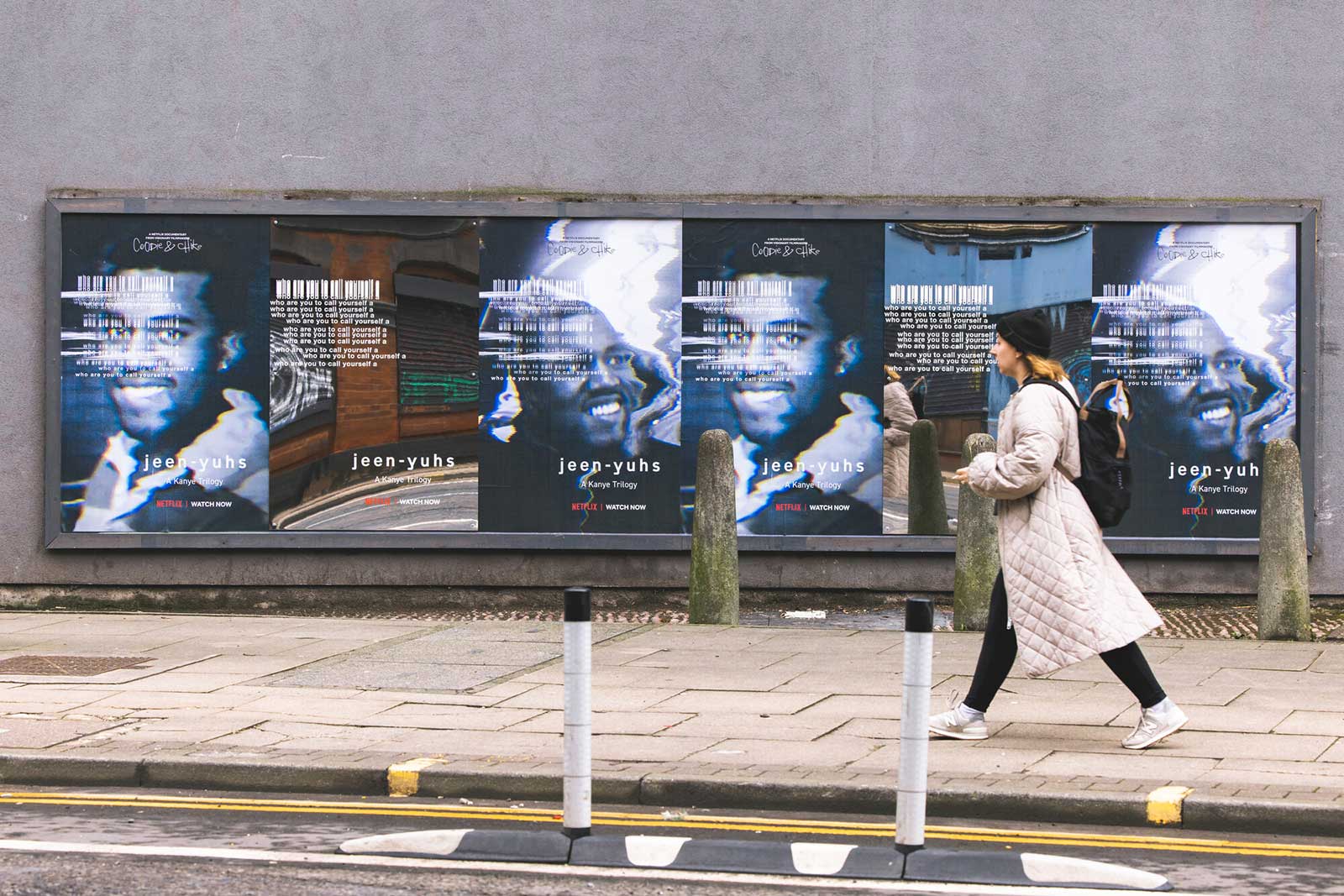 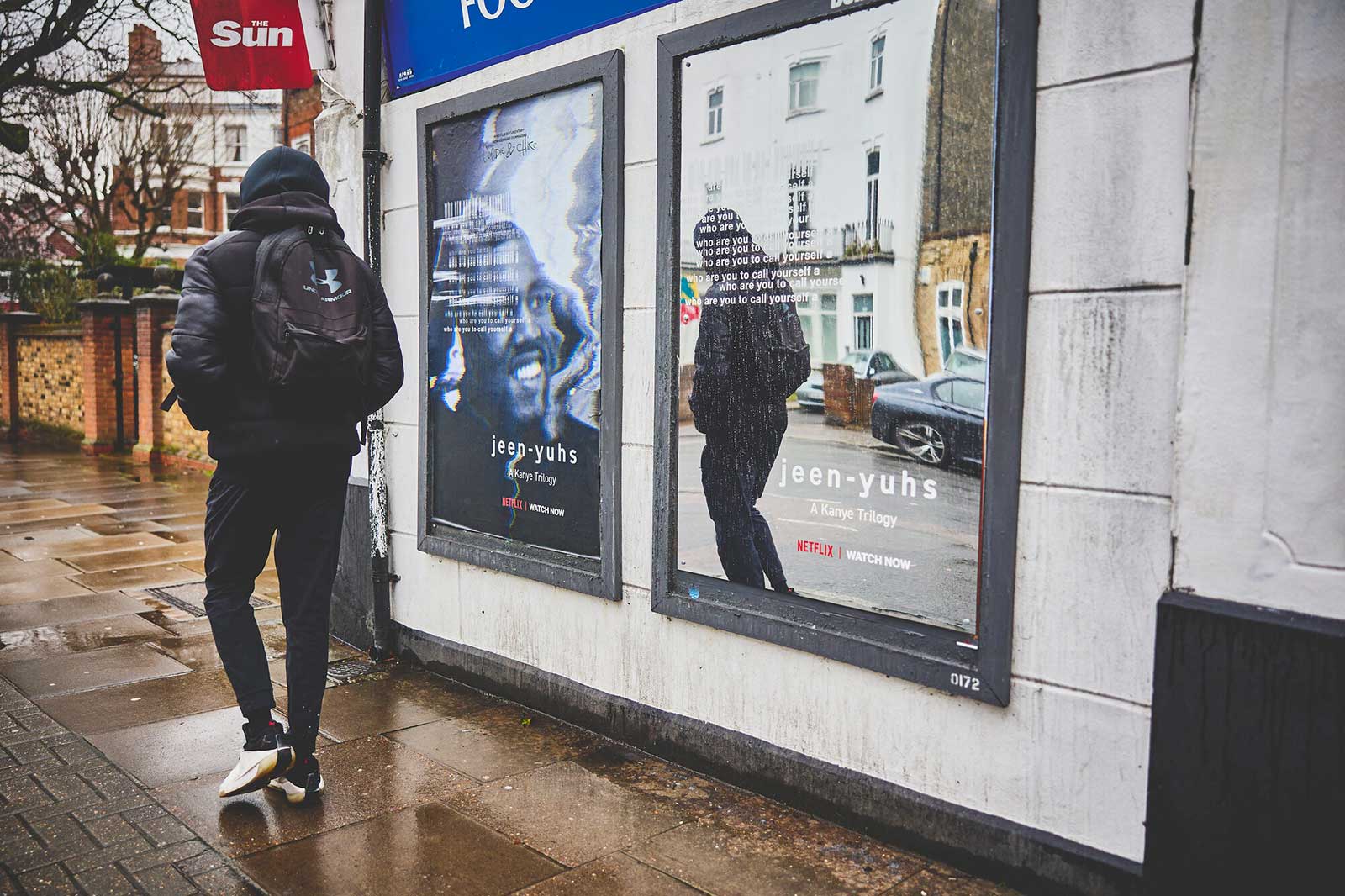 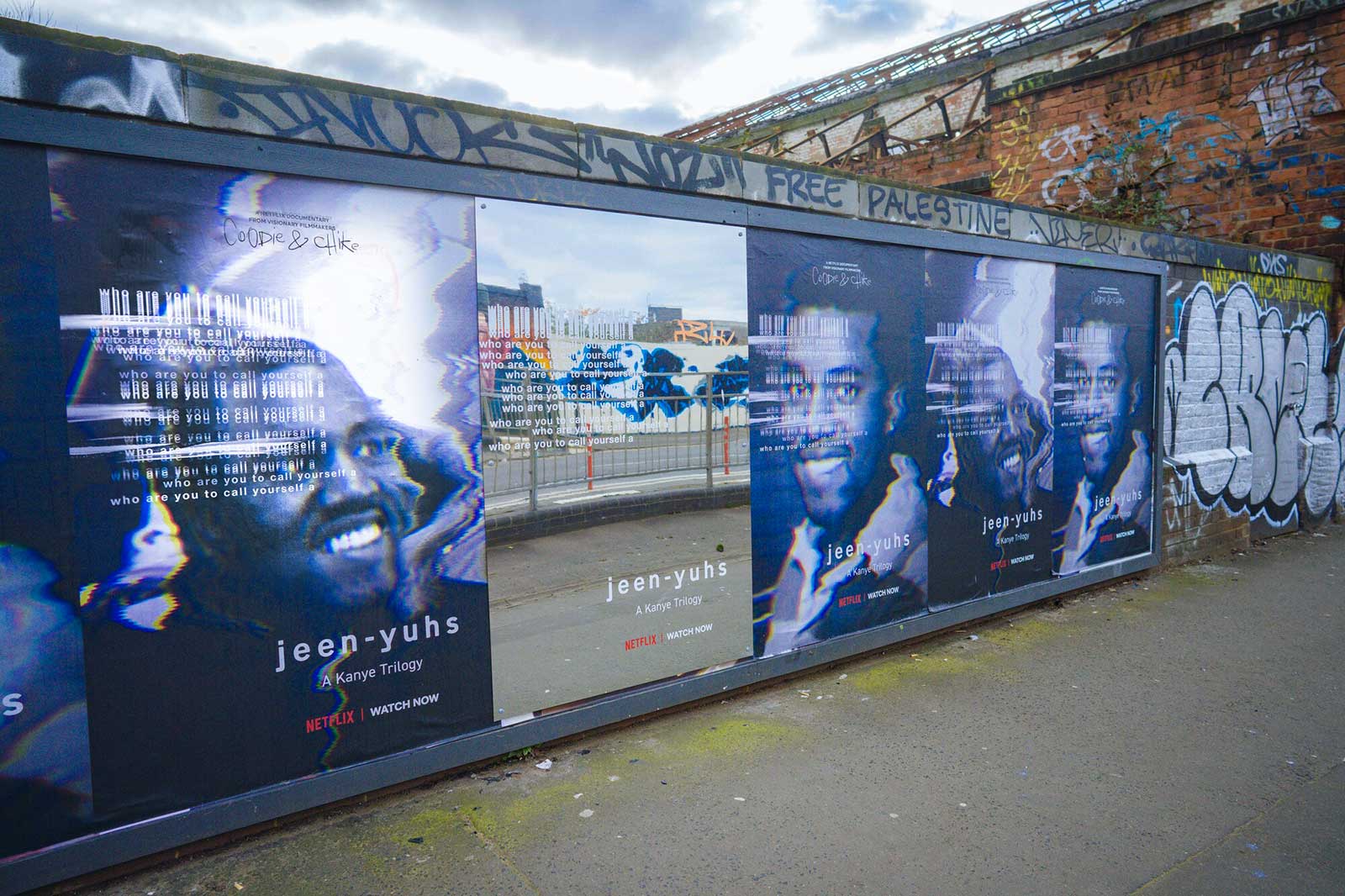 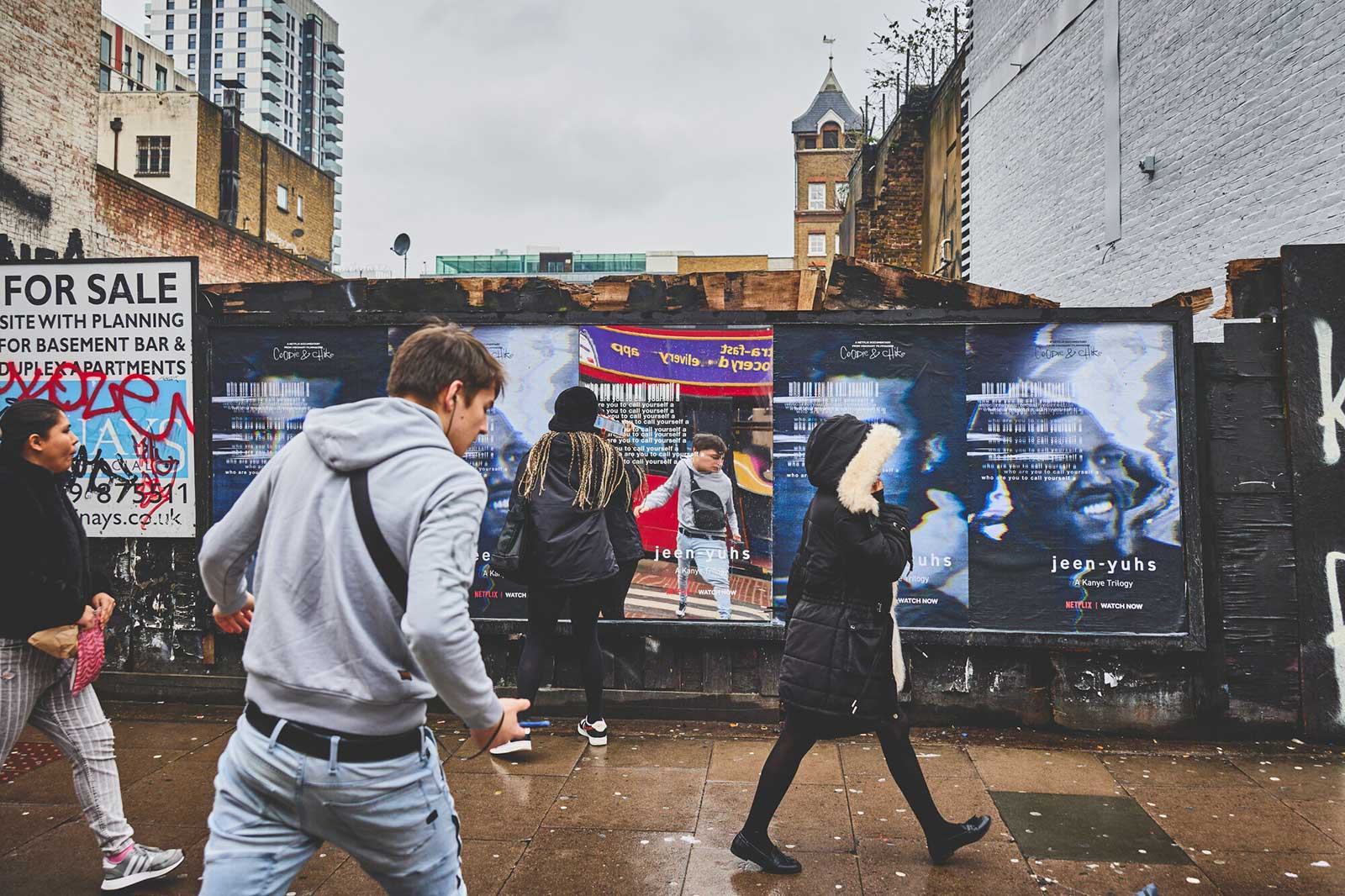