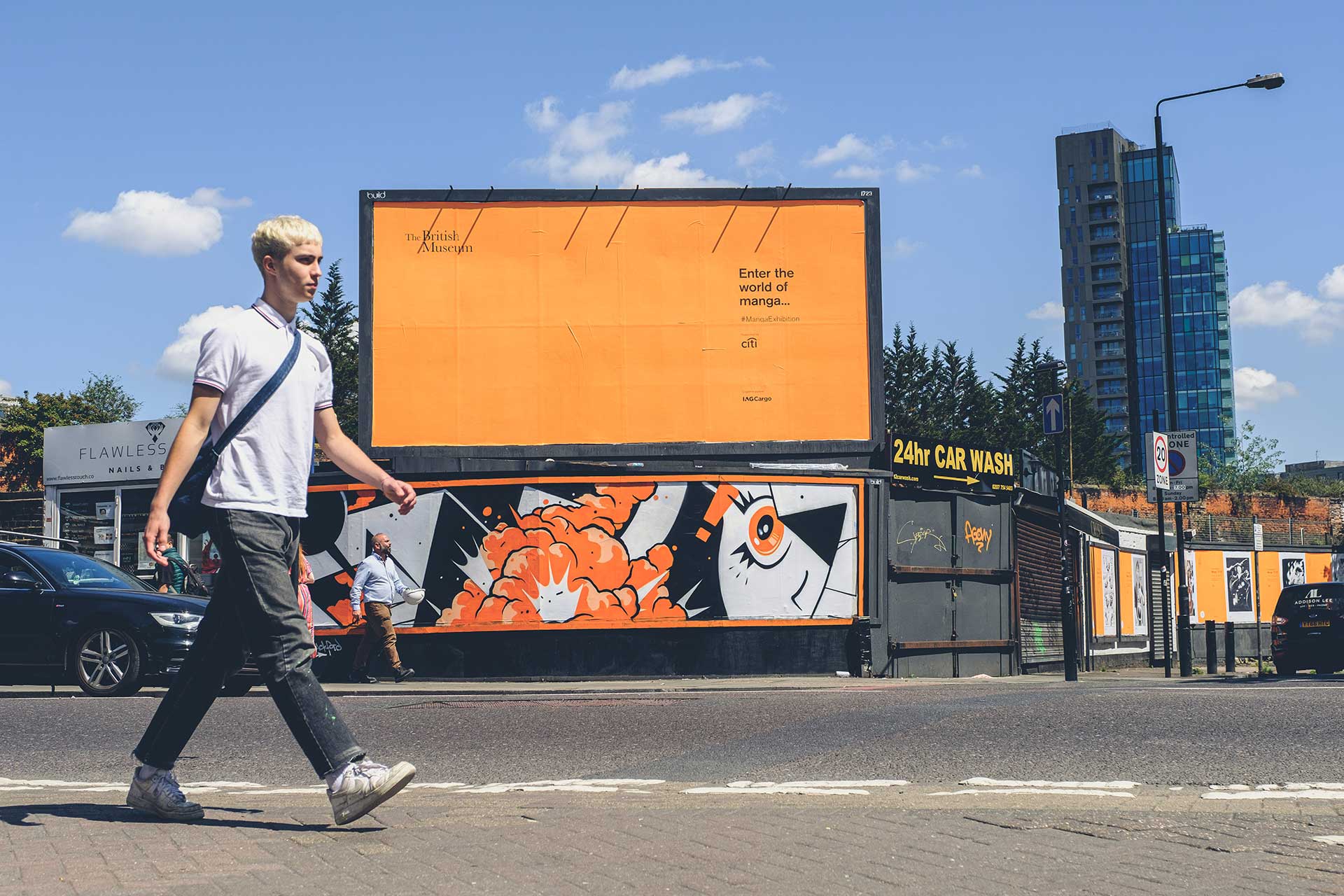 The largest manga exhibition outside of Japan, opened its doors earlier this year at the British Museum. Hugely popular in Japan, manga is commonly known as comics in the UK. Not just for children, it features unique characters, complex storylines and covers a broad range of genres. The exhibition featured high-profile loans from leading, internationally famous manga artists including Astro Boy and Princess Knight’s Osamu Tezuka, Toriyama Akira, creator of the popular Dragon Ball series, and Higashumura Akiko’s Princess Jellyfish. To create buzz around the launch of the exhibition we teamed up with the British Museum on a playful campaign to capture the imagination of people on the street. This included a zingy live mural which took pride of place at our Commercial street site, 4 sheet special builds and a series of takeover sites across London. 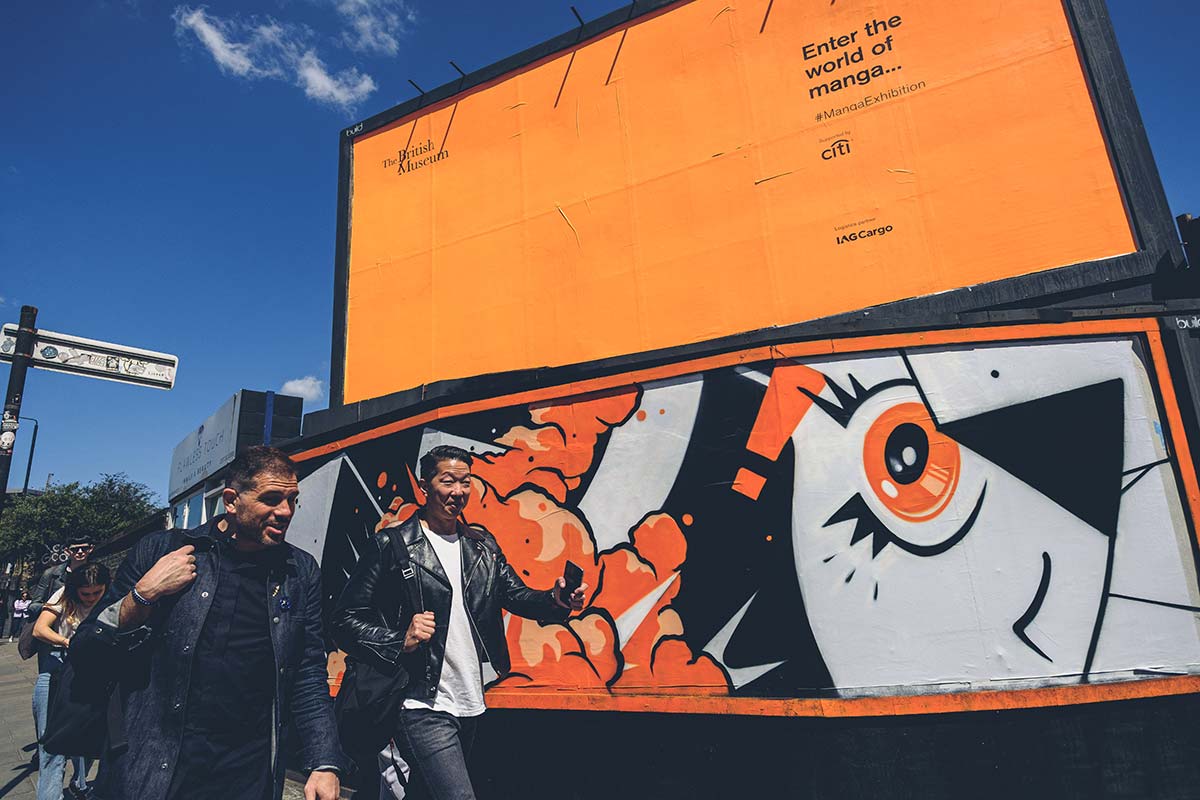 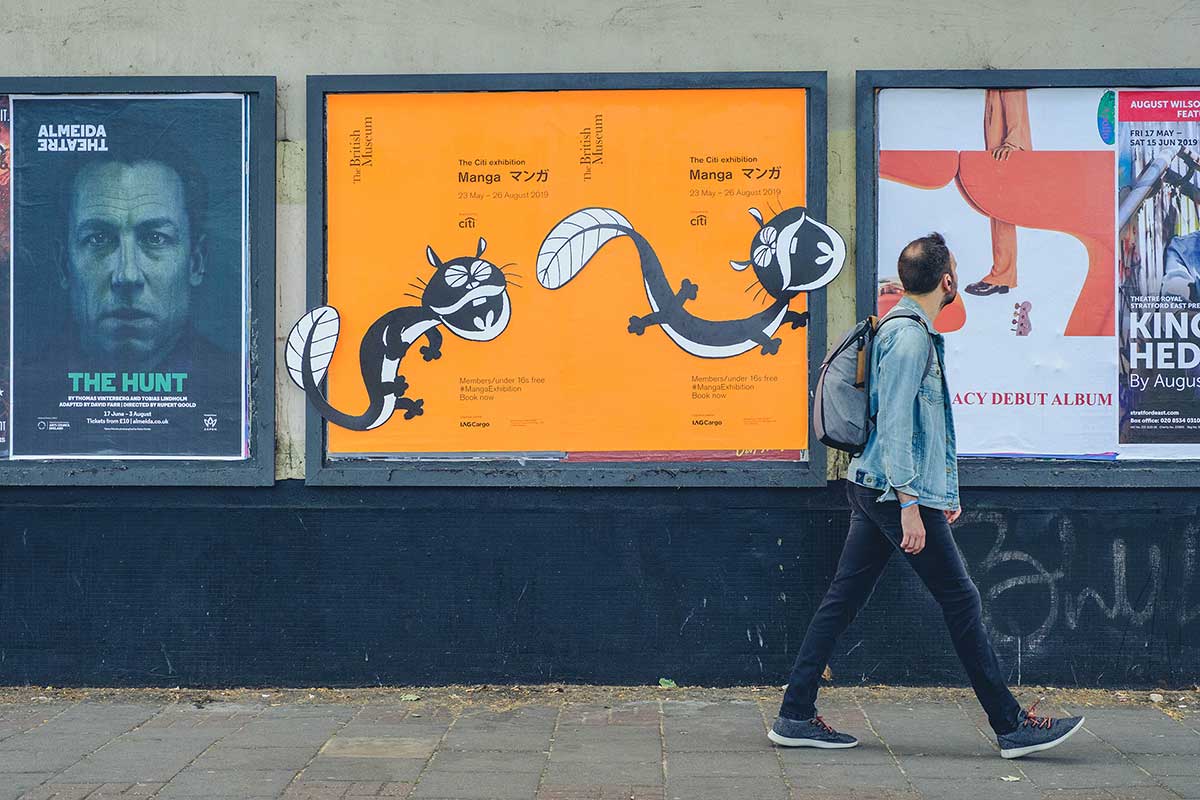 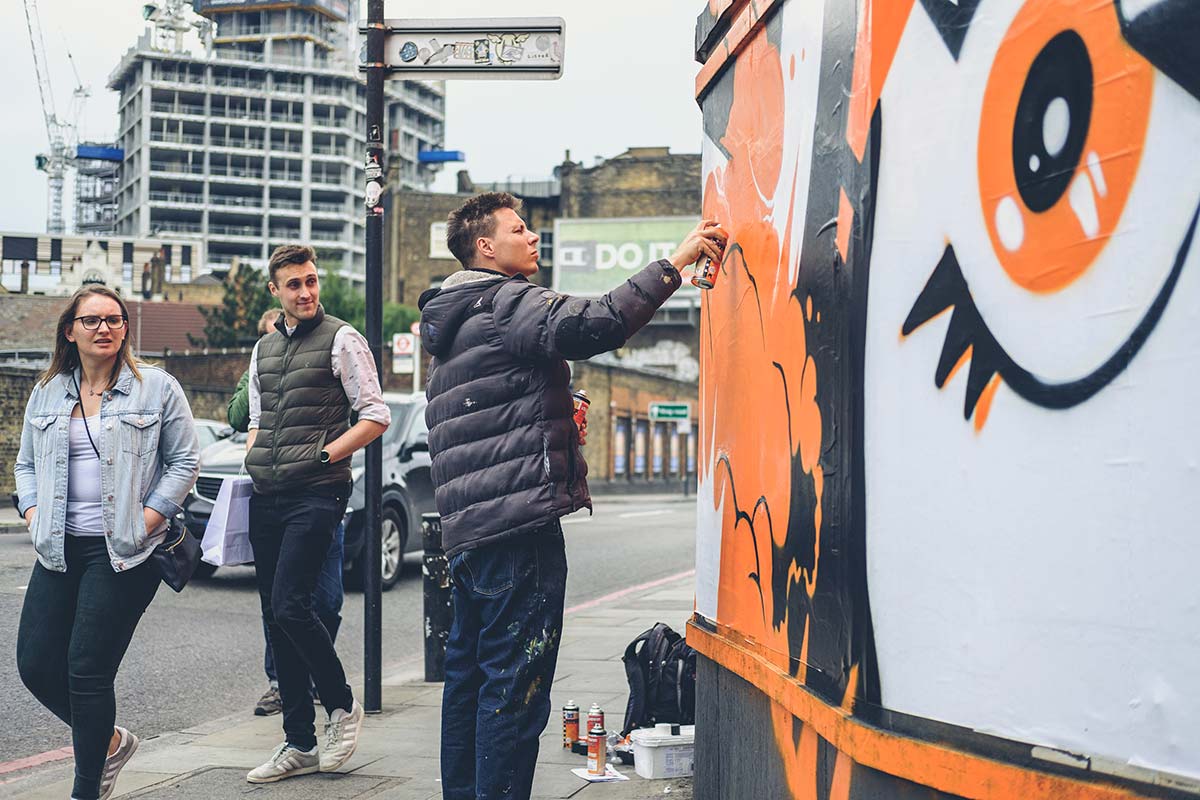 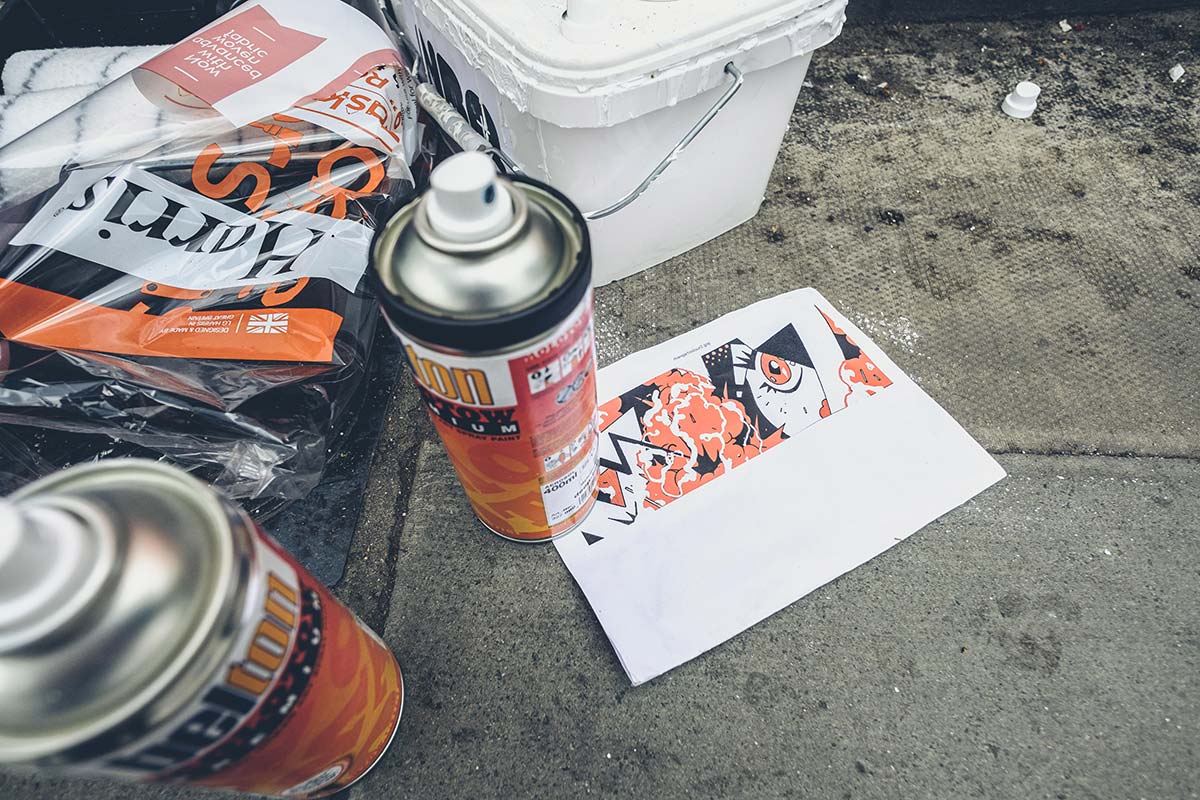 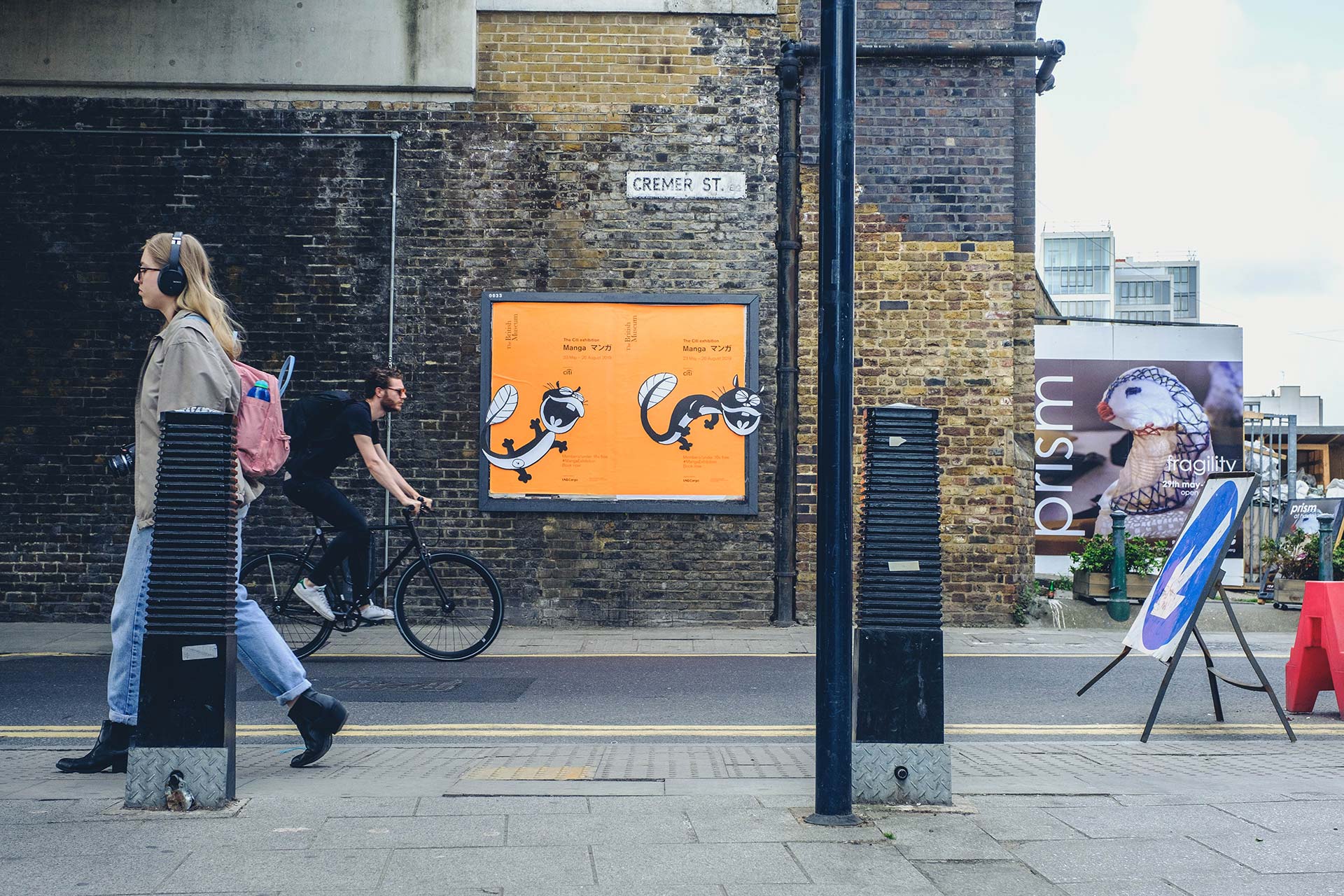 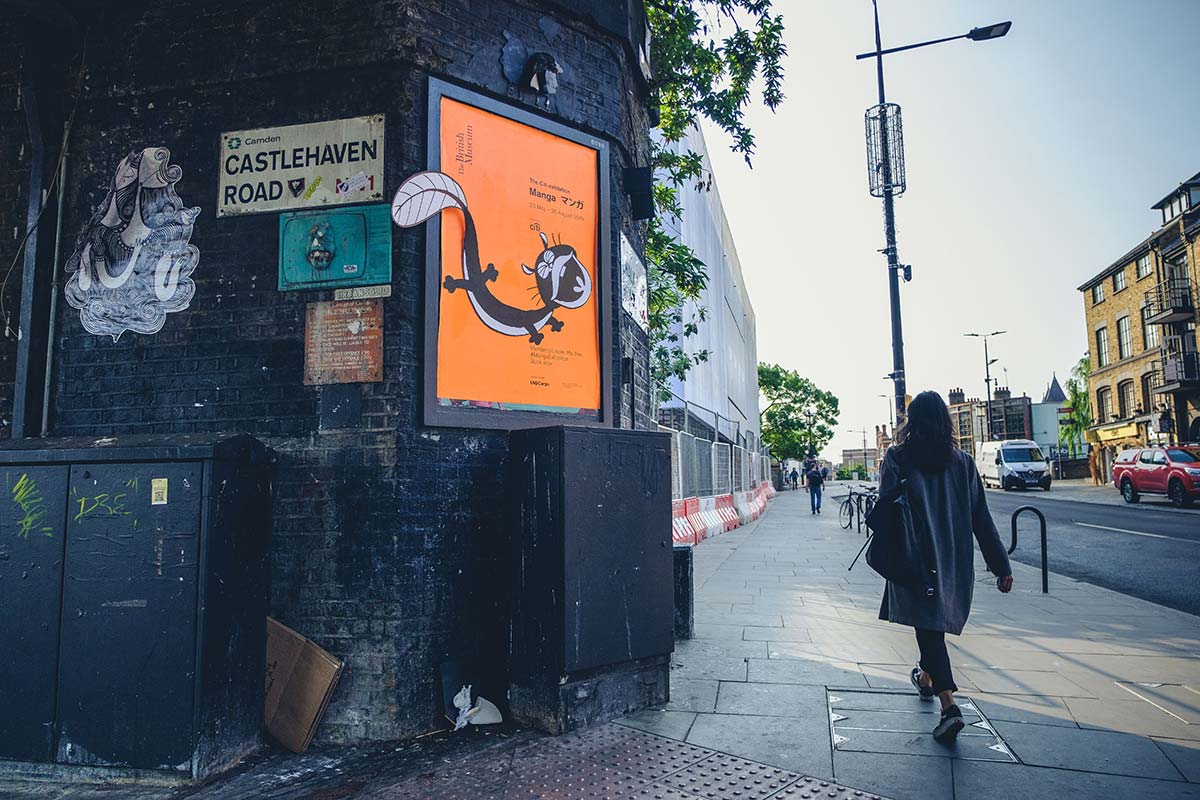 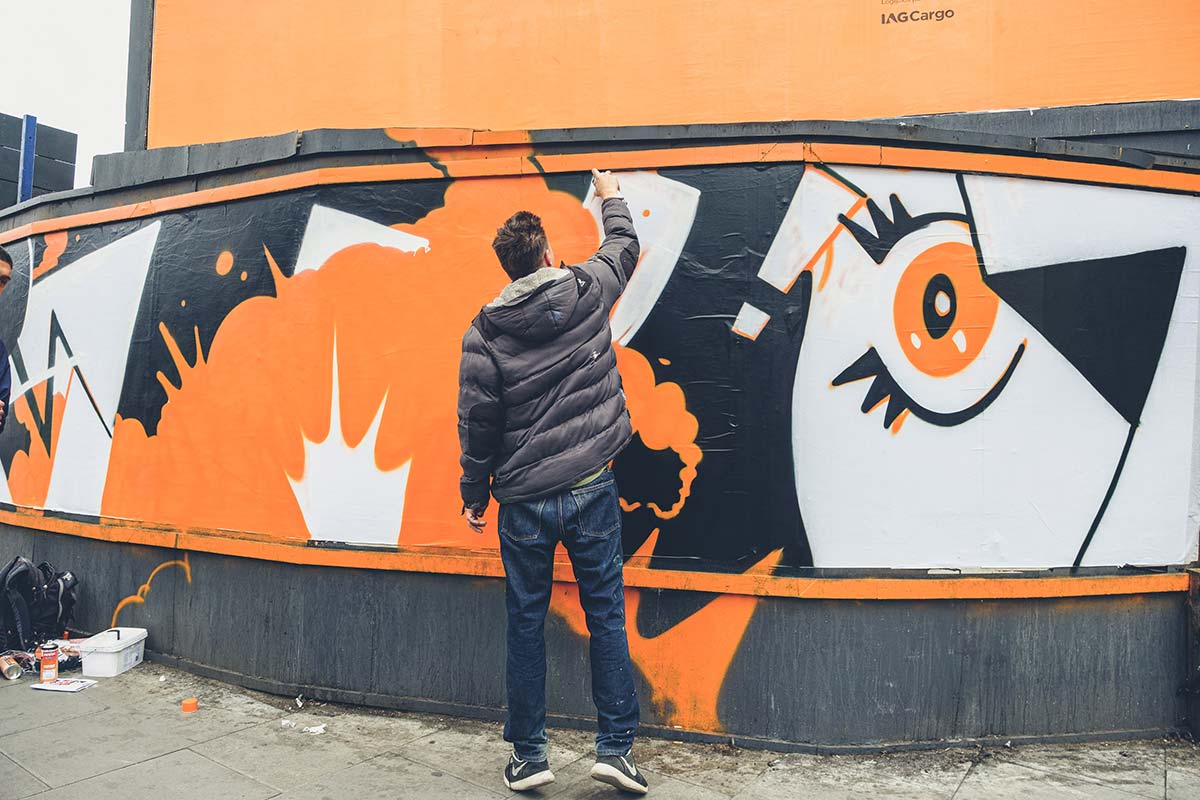 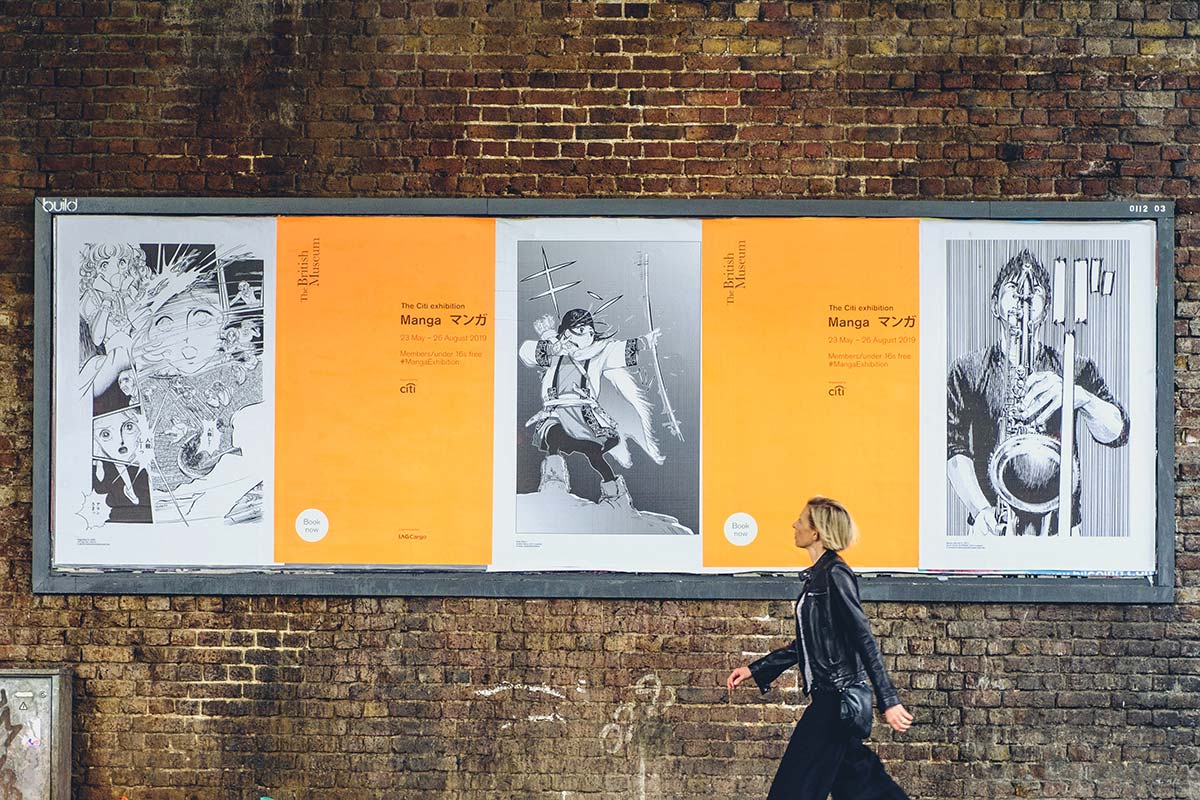 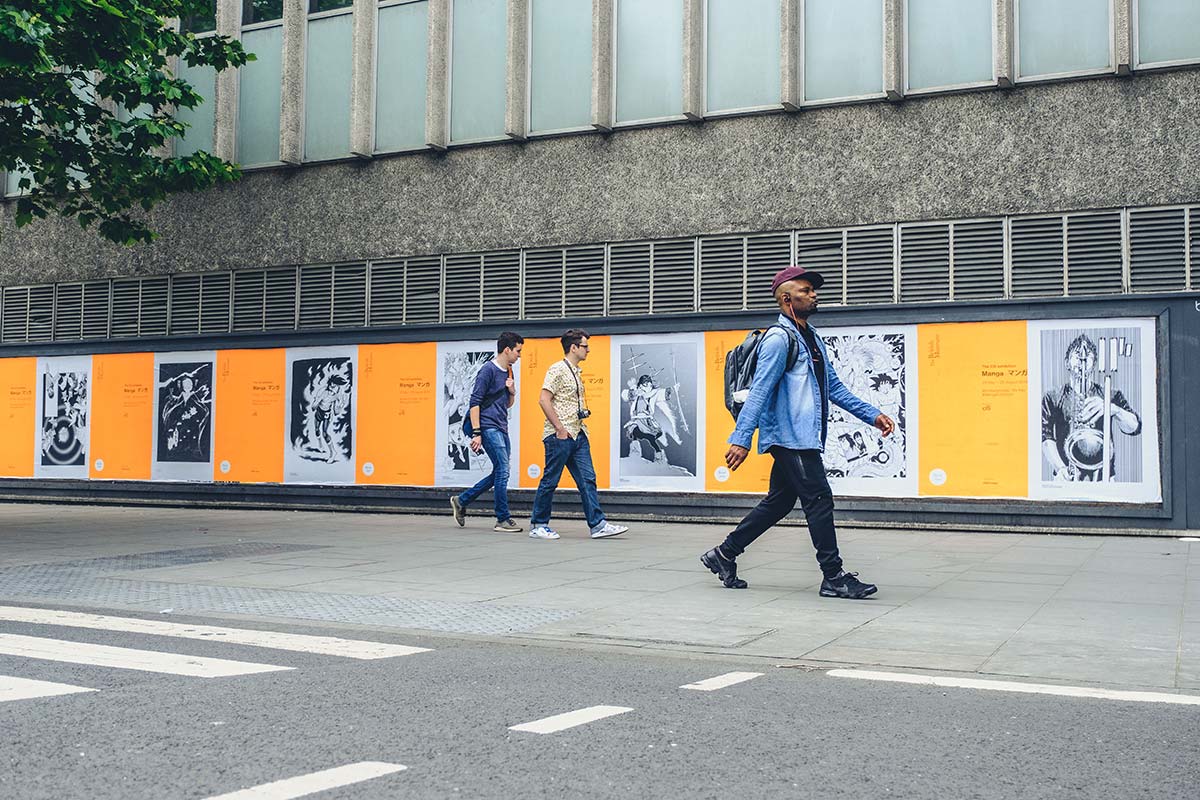 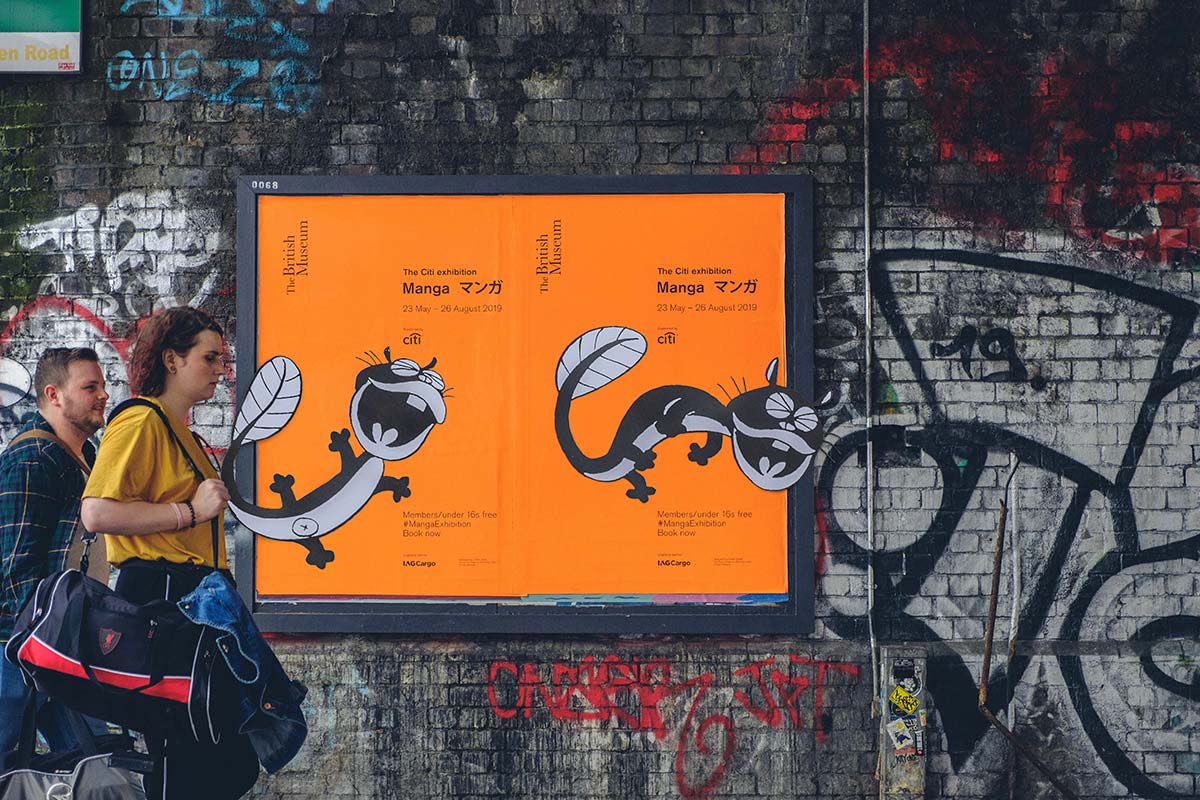 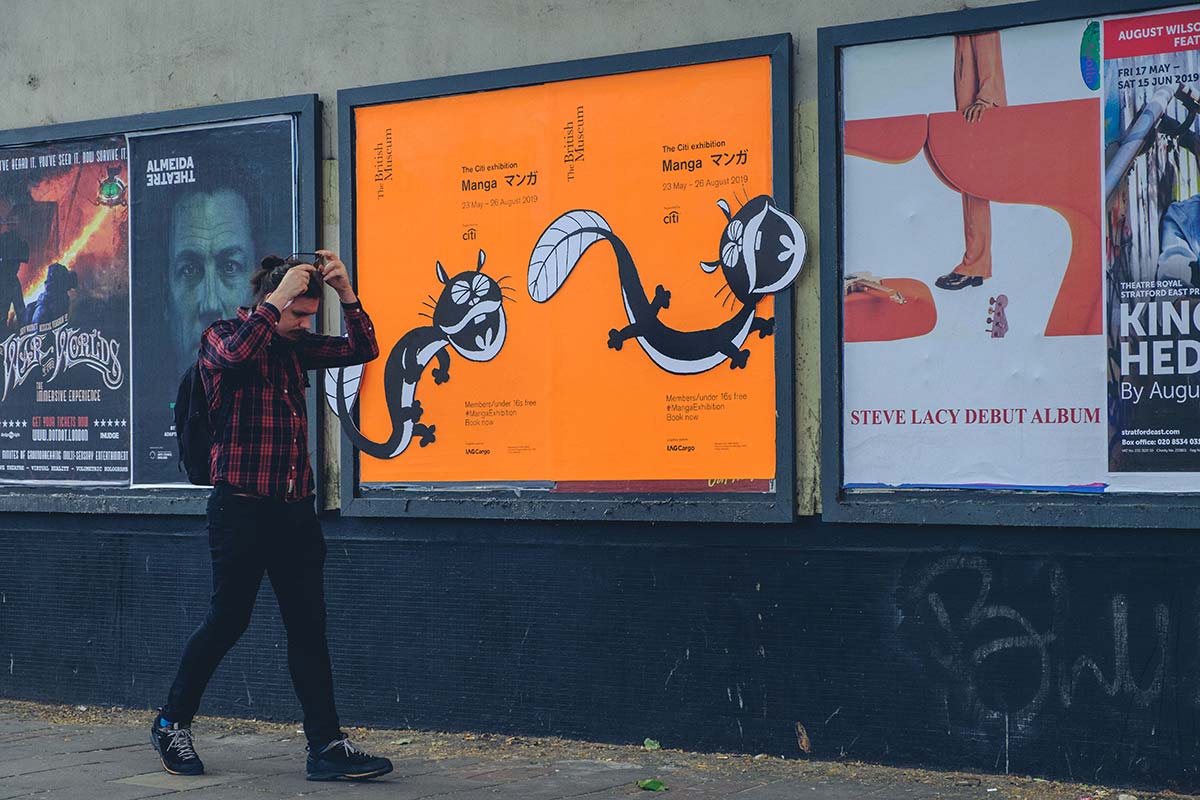 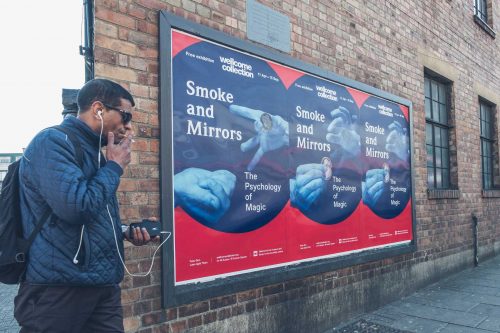 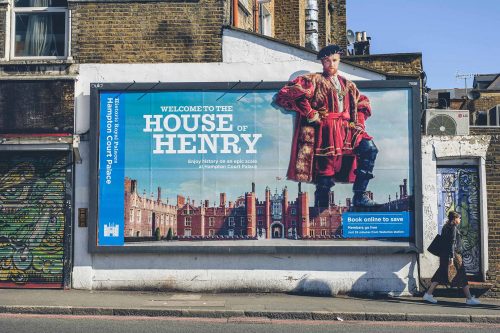