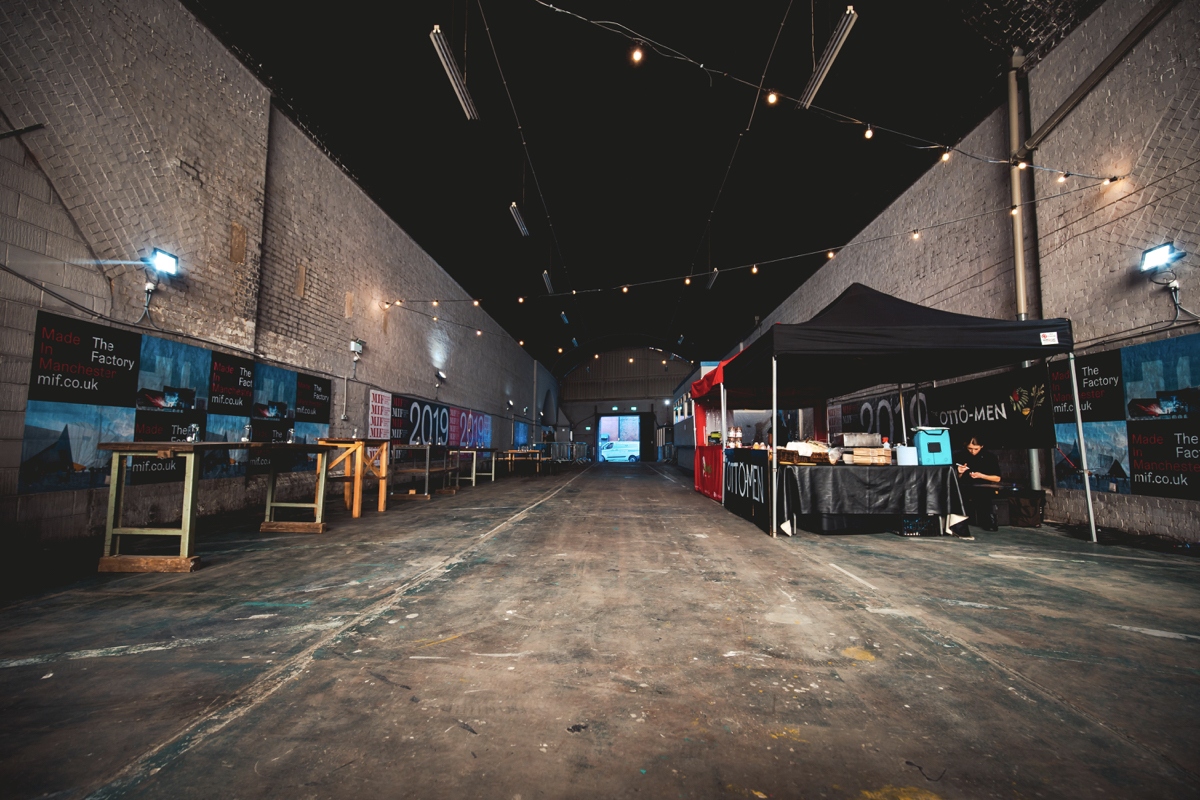 The biennial Manchester International Festival (MIF) is one of the world’s biggest celebrations of original art, new work and special events. Taking place in the heart of the city, it commissions and presents work from across the spectrum of performing arts, visual arts and popular culture, with the next MIF due to take place in July 2019.

In the run up to the next festival, MIF hosted a series of events throughout 2018 to raise awareness of The Factory, an incredible new major arts space being developed in Manchester. Earlier on in the year the pre-Factory events took the form of a collaboration with Warehouse Project, which we promoted throughout the city, and in October they brought the world premiere of Everything that happened and would happen by German composer and artist Heiner Goebbels to Mayfield, a former railway depot next to Manchester Piccadilly station.

We were excited to be asked to dress the venue for this special event, branding it externally with the striking monochrome posters and transforming the venue inside with their colourful branding – which created the perfect backdrop and gave MIF additional exposure for The Factory renovations. 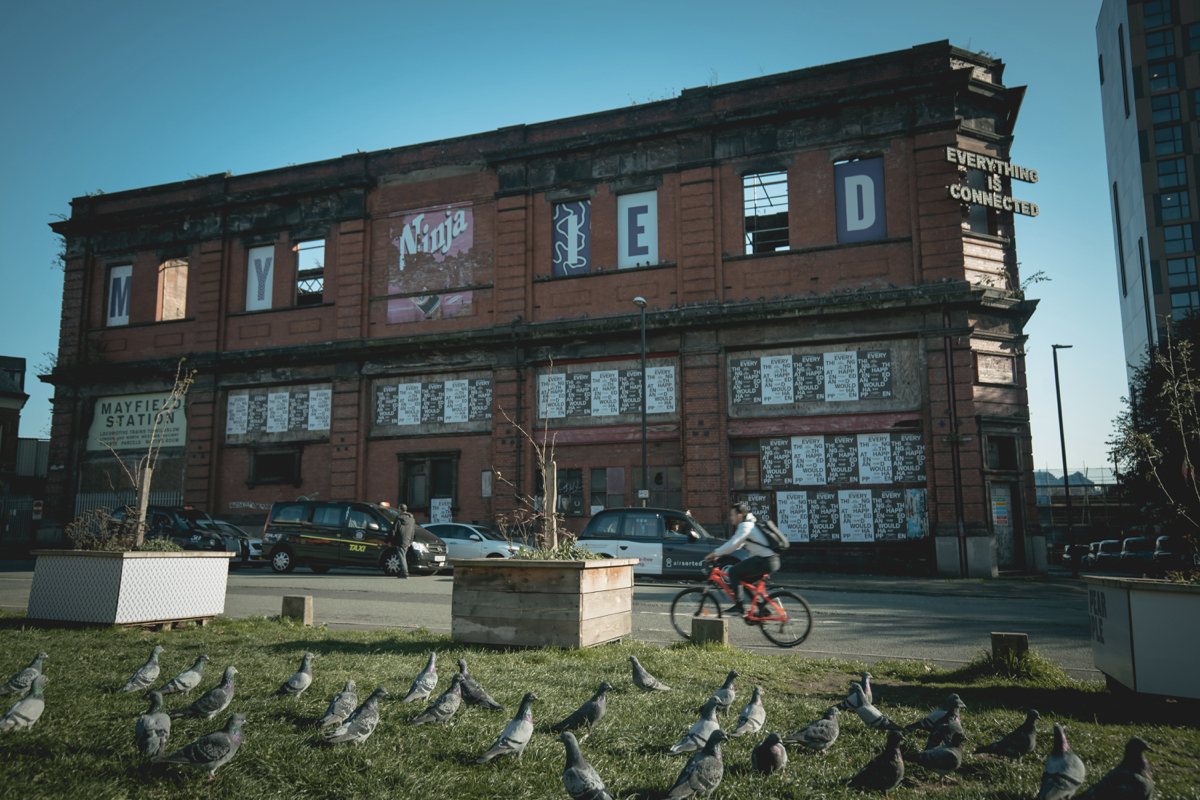 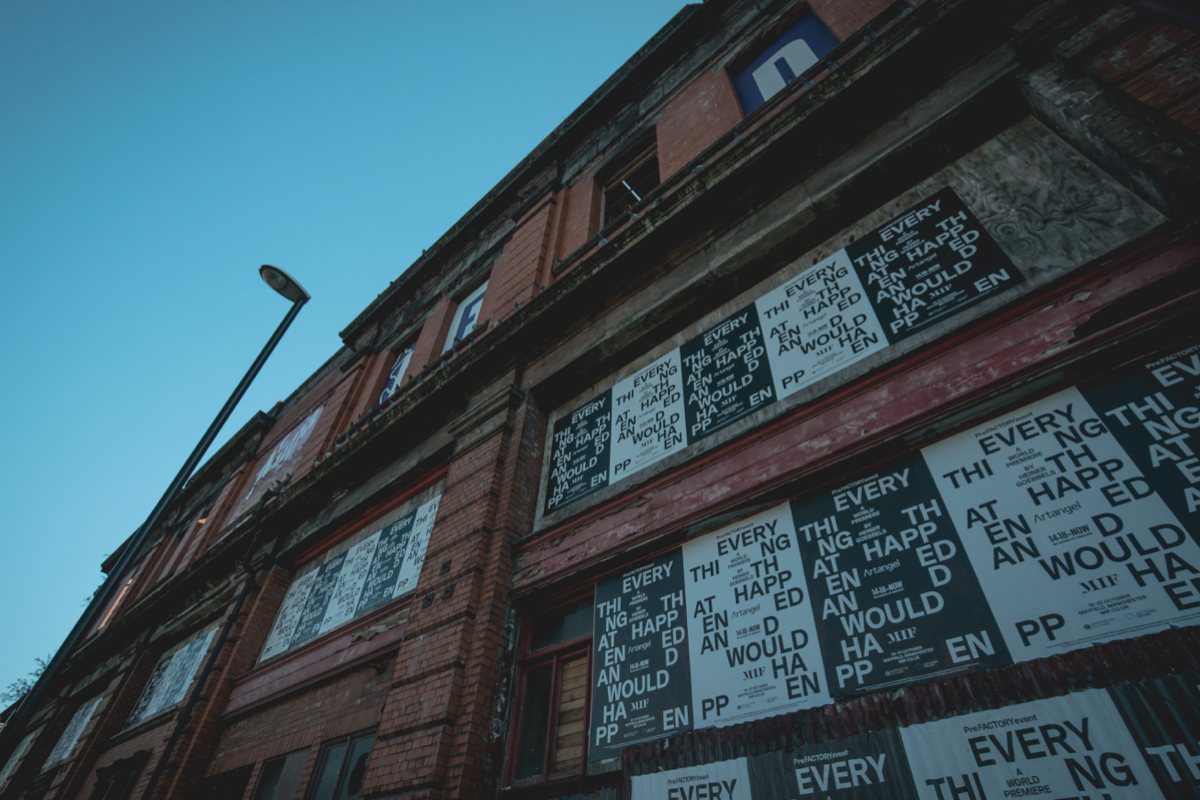 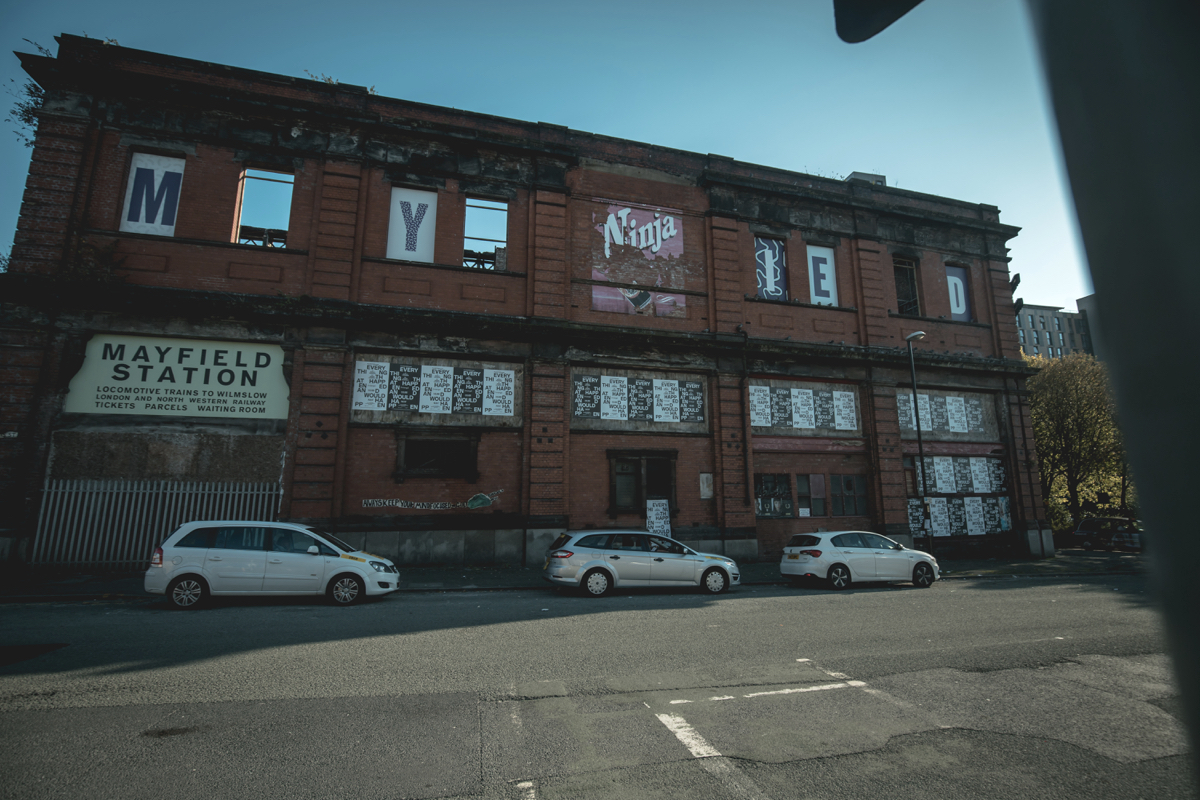 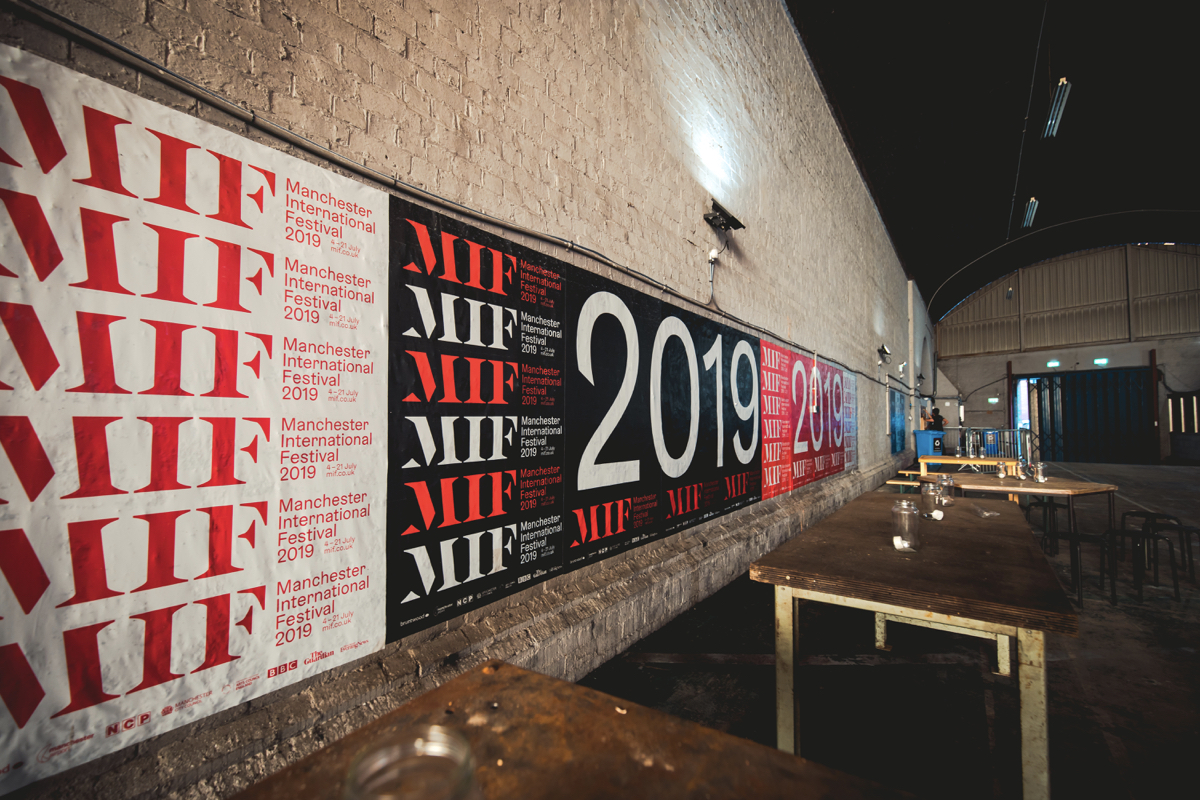 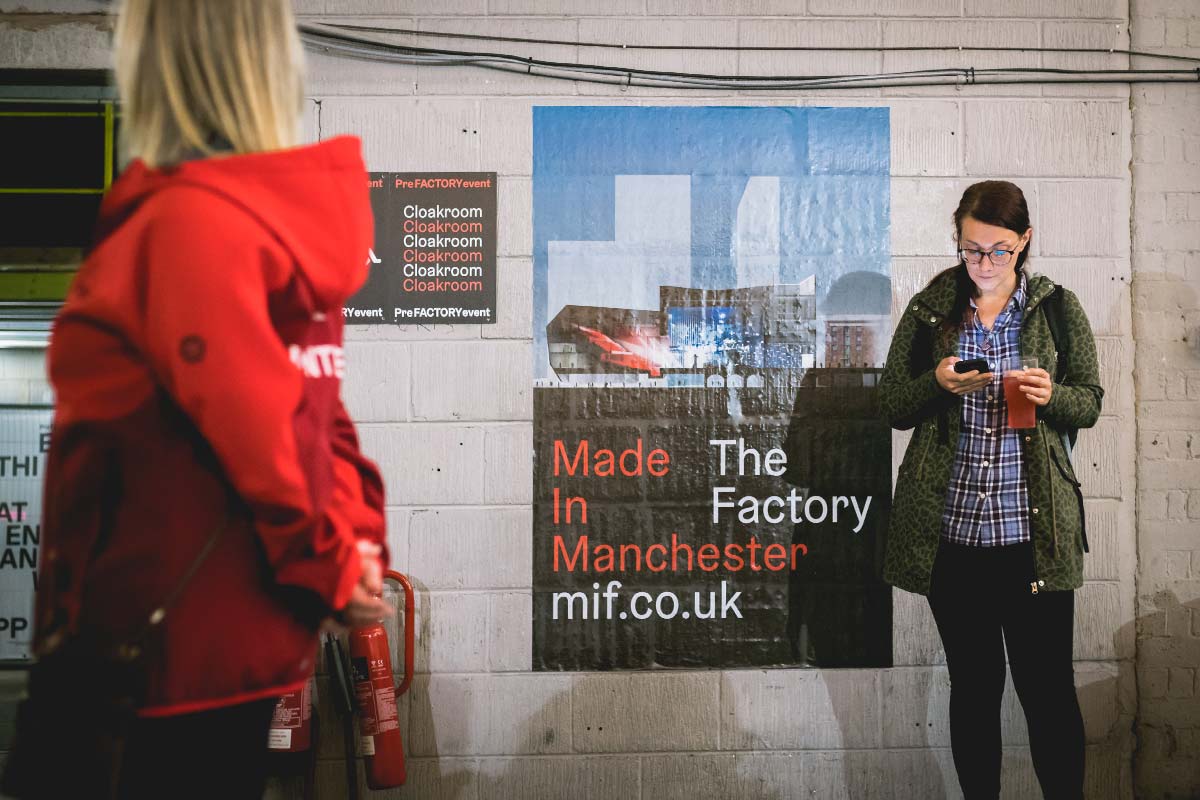 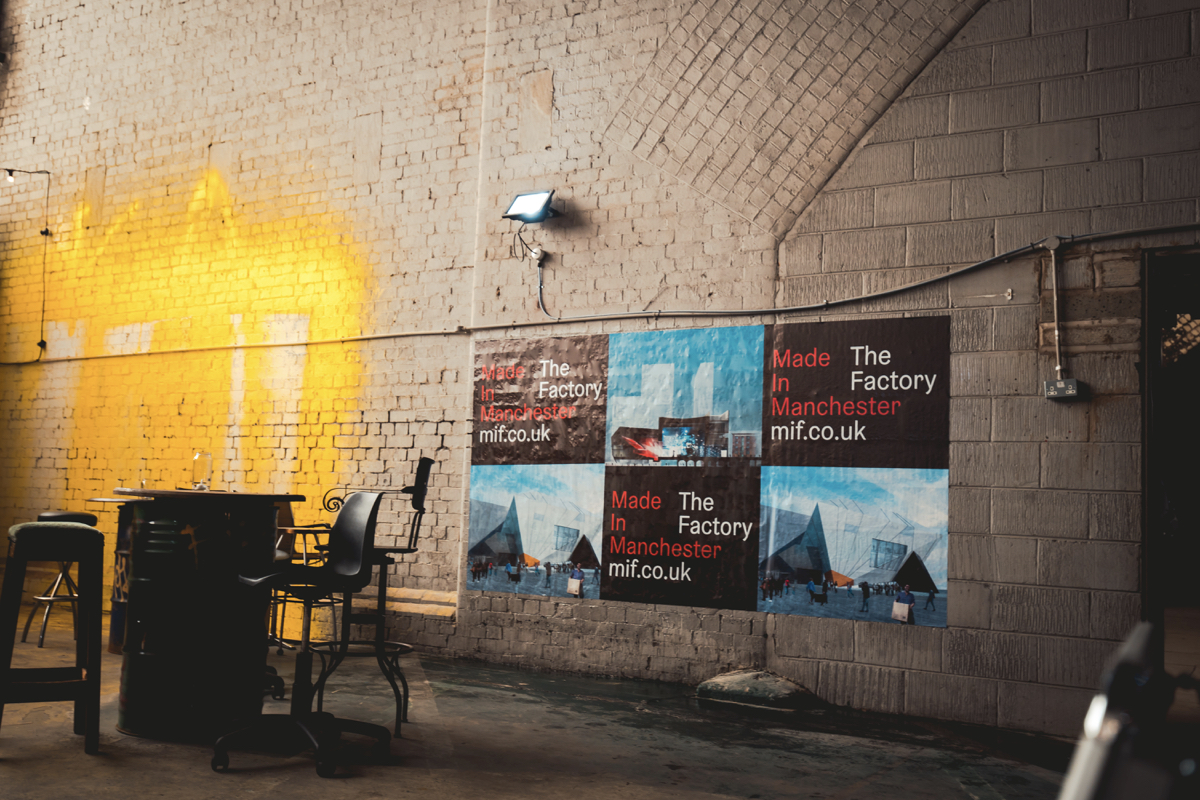 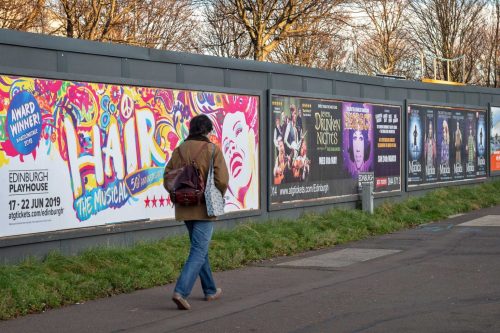 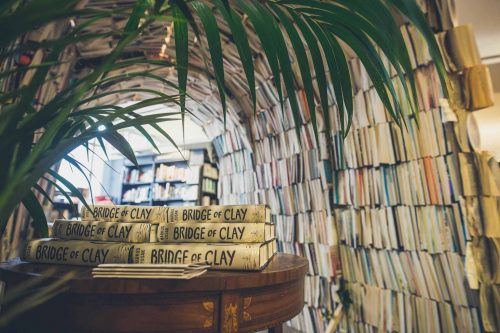