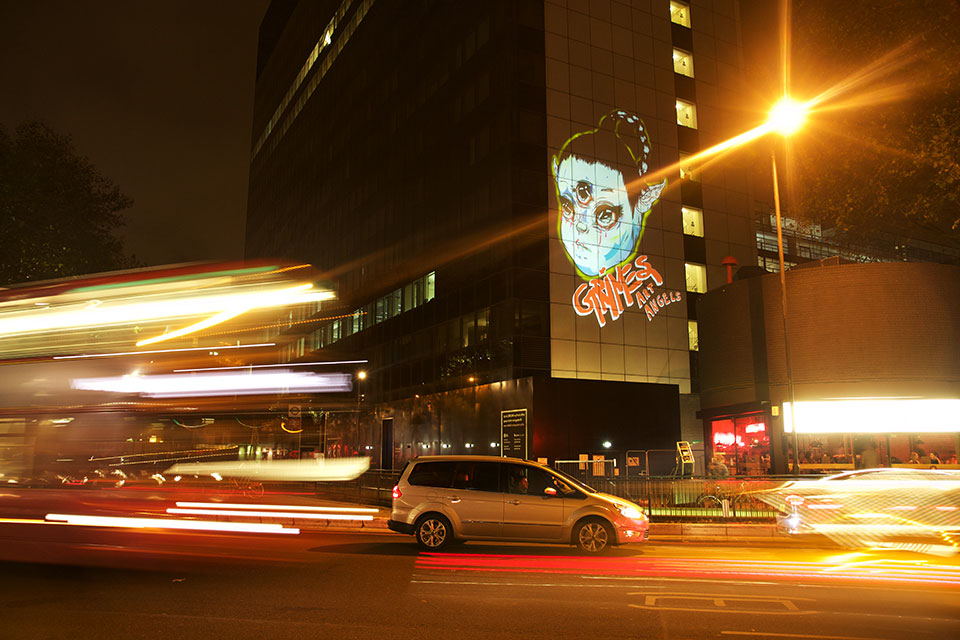 Art Angels is the fourth album by Canadian singer and producer Claire Boucher, or better known as Grimes. Any fan of Grimes could guess the Canadian artist pulls inspiration from obscure places, which is why we were pretty stoked when 4AD selected us to work with them to promote her new album.

With Art Angels, Grimes has found herself influenced by what she calls “bro art,” a realm which includes everything from Al Pacino to Bruce Springsteen. In an interview with Q Magazine, she talks about how these bros informed her soundscape. “One song on the album, ‘Kill V Maim,’ is written from the perspective of Al Pacino in The Godfather Part II, except he’s a vampire who can switch gender and travel through space”.

We thought we’d make the most of the eclectic artwork by projecting it across key London locations including the Tate Modern, Old street roundabout, Holborn and York road. 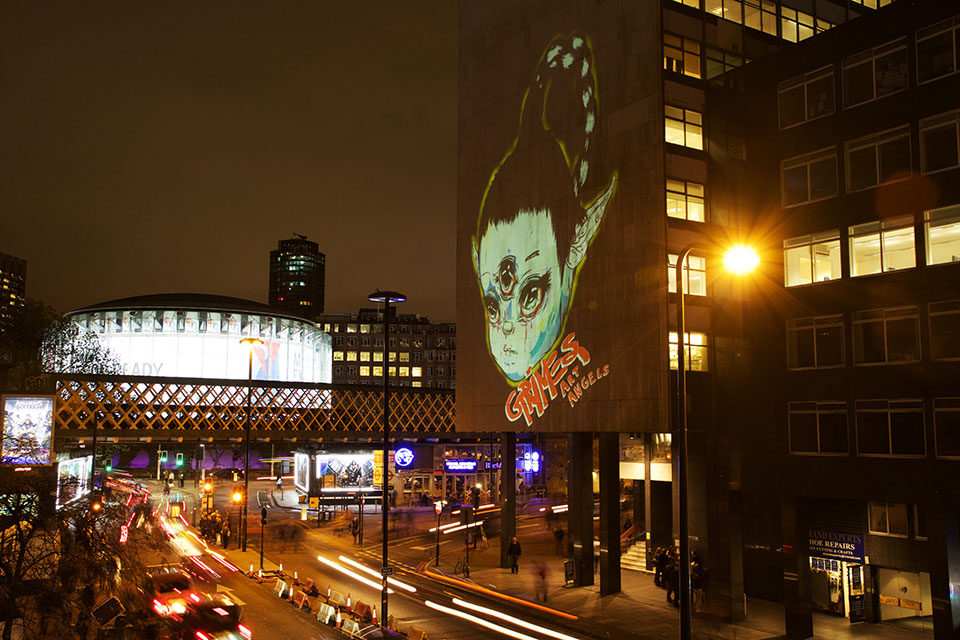 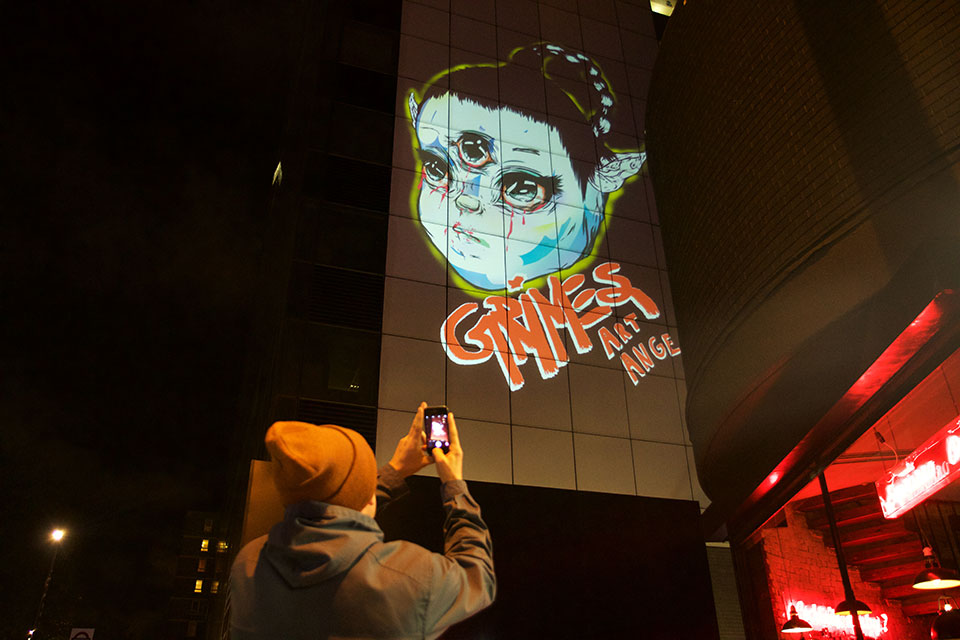 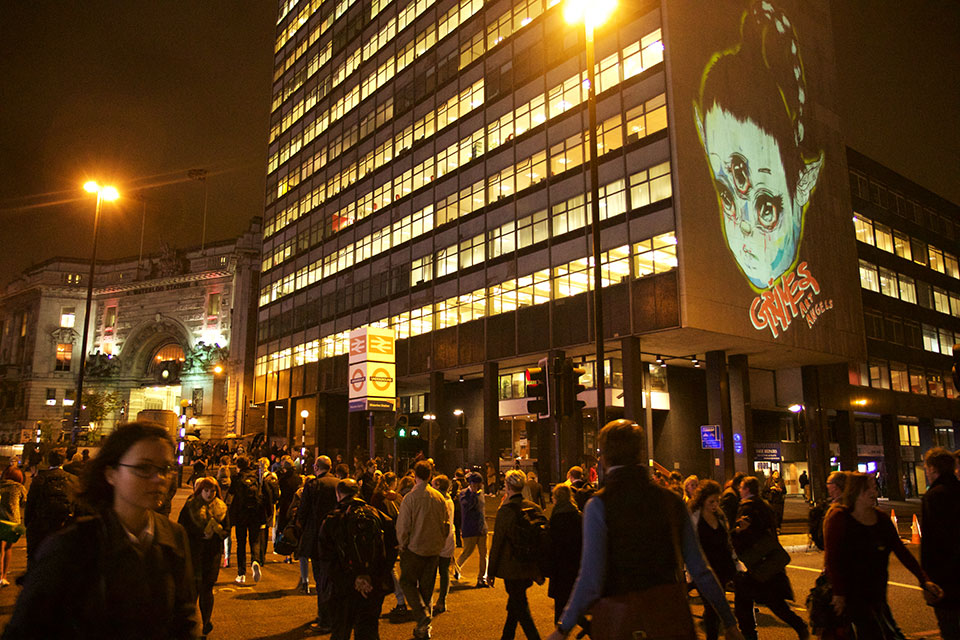 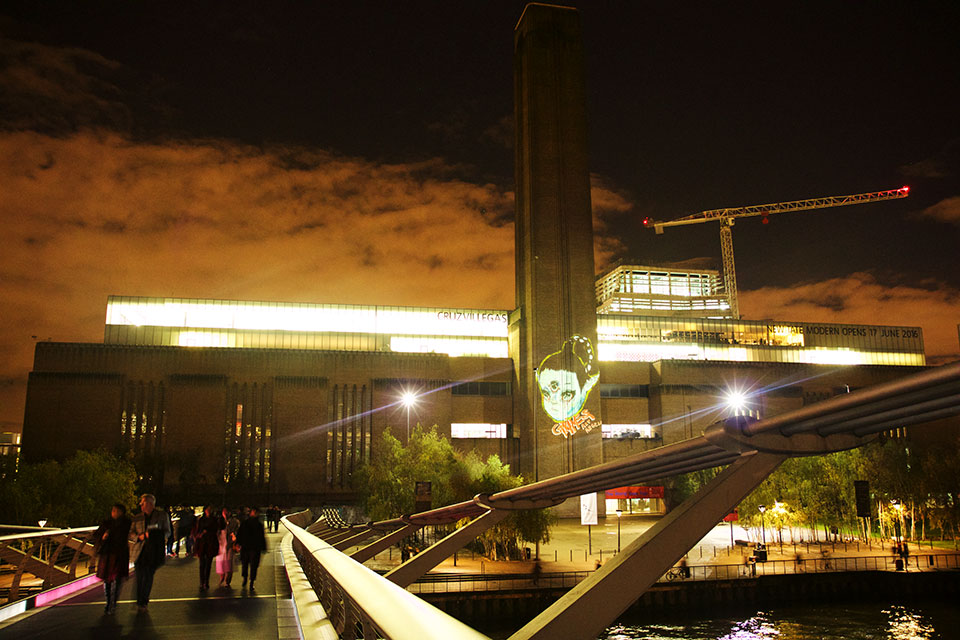 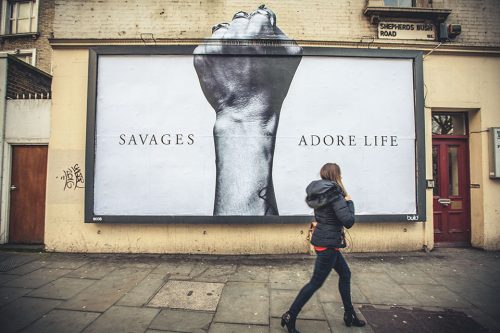 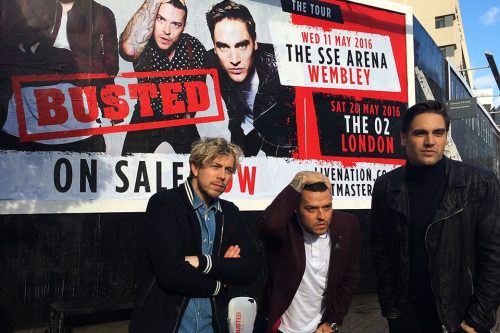