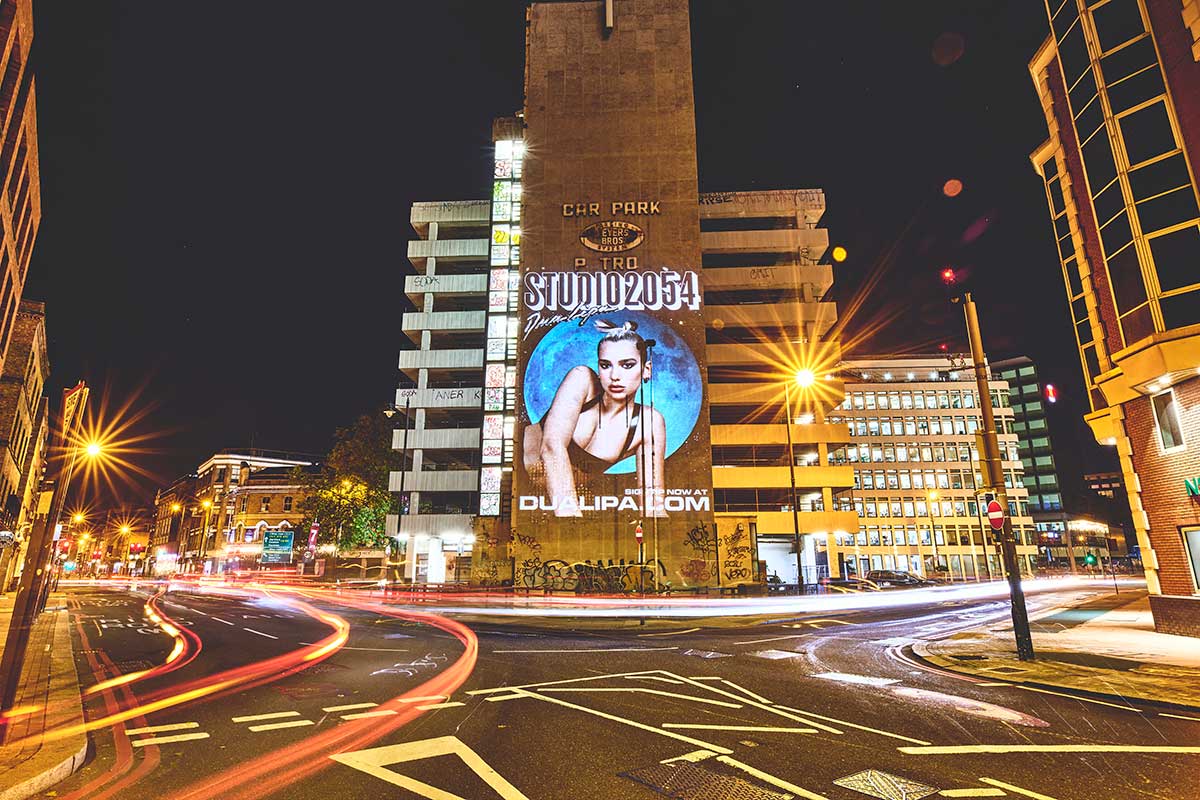 Dua Lipa has one of the most famous faces in the world, so who better to adorn key London locations like Marble Arch and Shoreditch High Street? Hot off the back of recent album Future Nostalgia, which garnered rave reviews back at the start of lockdown, Dua Lipa isn’t the type to take a well-deserved rest. The singer has been busy working on a new project, Studio 2054, a mysterious project and online concert inspired by the former New York disco nightclub, Studio 54.

To spread the word about the project and to get fans to sign up for early access, we teamed up with Dua Lipa Live for massive-scale projections in London, bringing a taste of nightlife to the streets. With the project name, a website, the moon and Dua’s face, it’s a mysterious call to action for fans who’ve been missing out on seeing their fave. 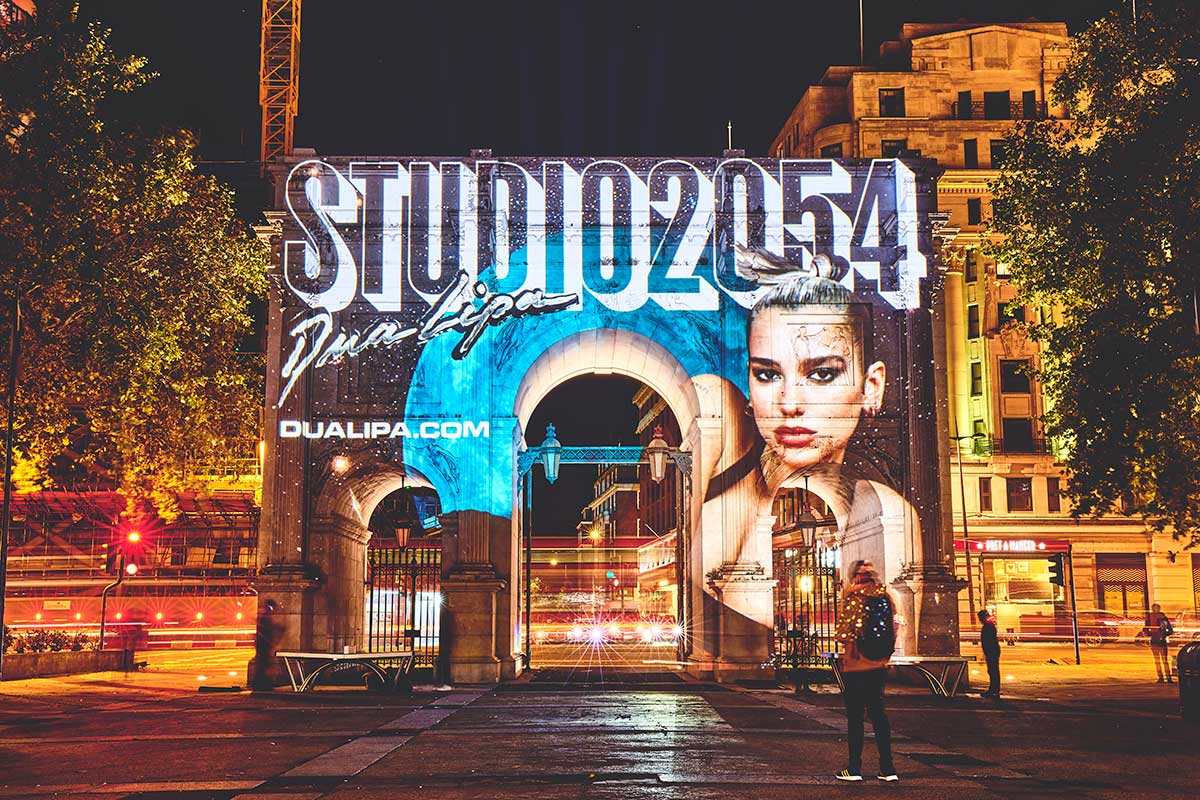 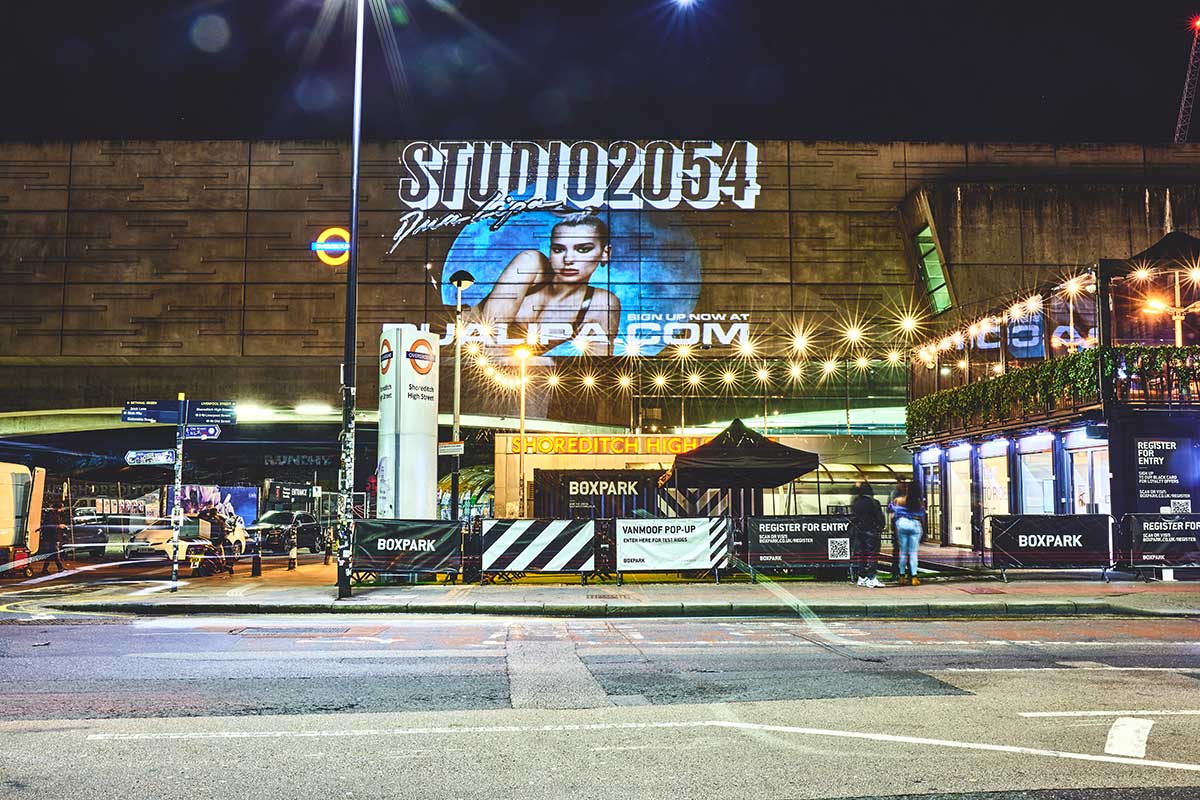 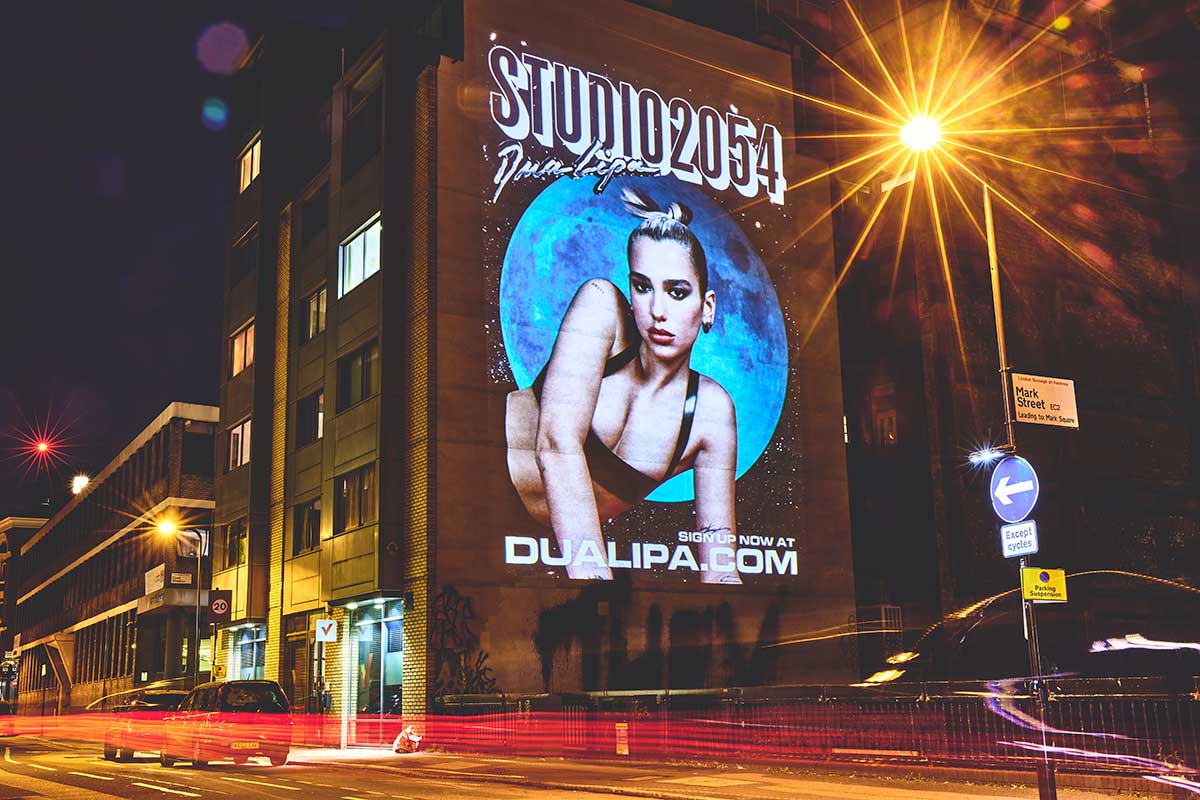 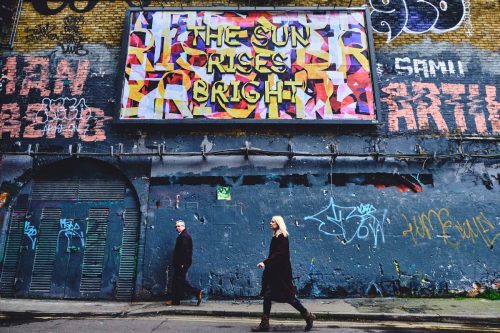 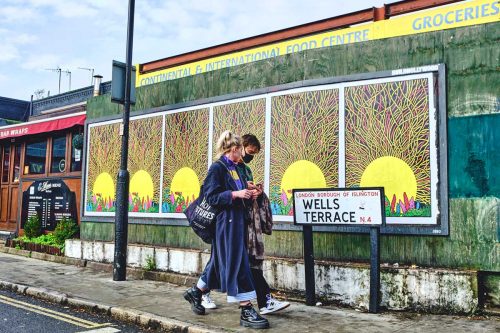