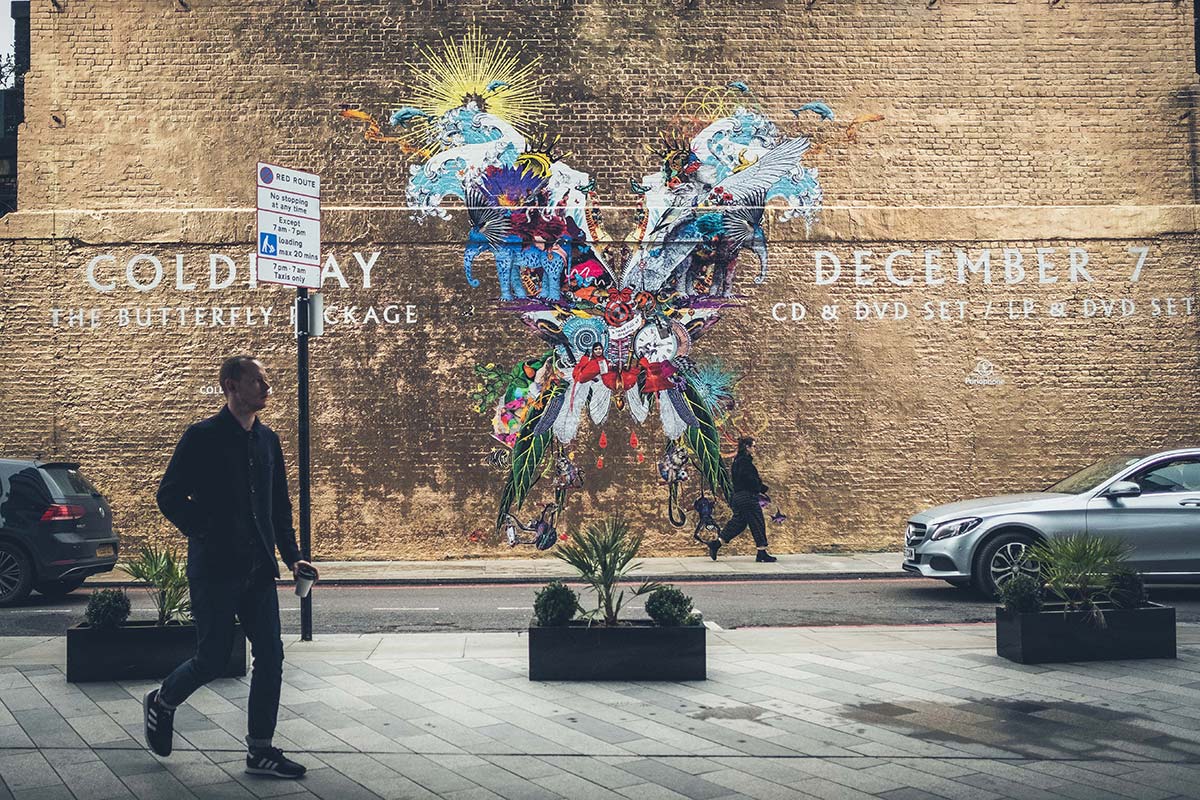 Arguably one of the biggest bands ever to come out the UK, Coldplay continued to dominate the charts over Christmas 2018 with The Butterfly Package release. The combined live album celebrated their record-breaking A Head Full Of Dreams Tour with concert recordings from Buenos Aires and São Paulo alongside a documentary film charting the band’s 20 year history. The incredible album artwork was created by Icelandic-born artist Kristjana S Williams using her signature collage style.

To promote the new release we teamed up with Parlophone Records on a very special mural in the heart of Shoreditch, recreating the artwork on a large scale. The hybrid gold paint and vinyl design dominated east London, with fans flocking to check it out in person. It was also featured by both the artist and band on their social media – receiving 7k+ likes on Coldplay’s Twitter and over 200k combined likes and 360k+ video views on their Instagram. 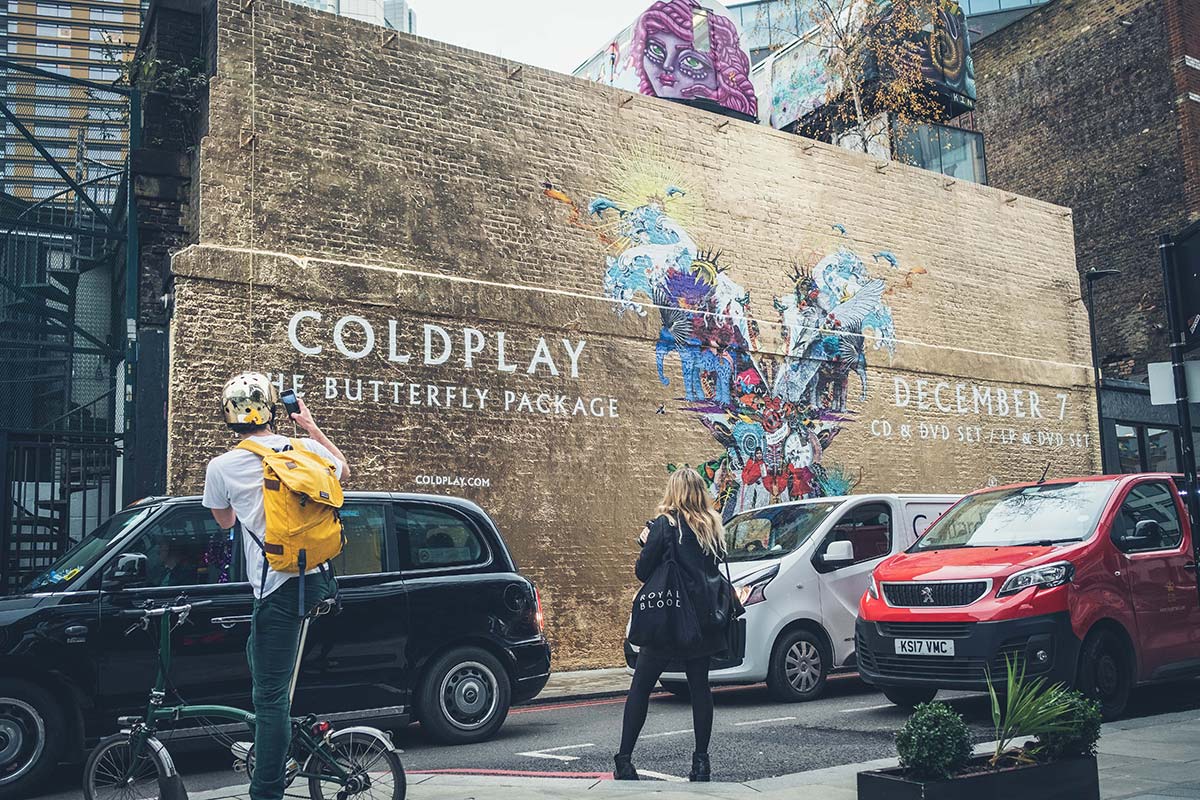 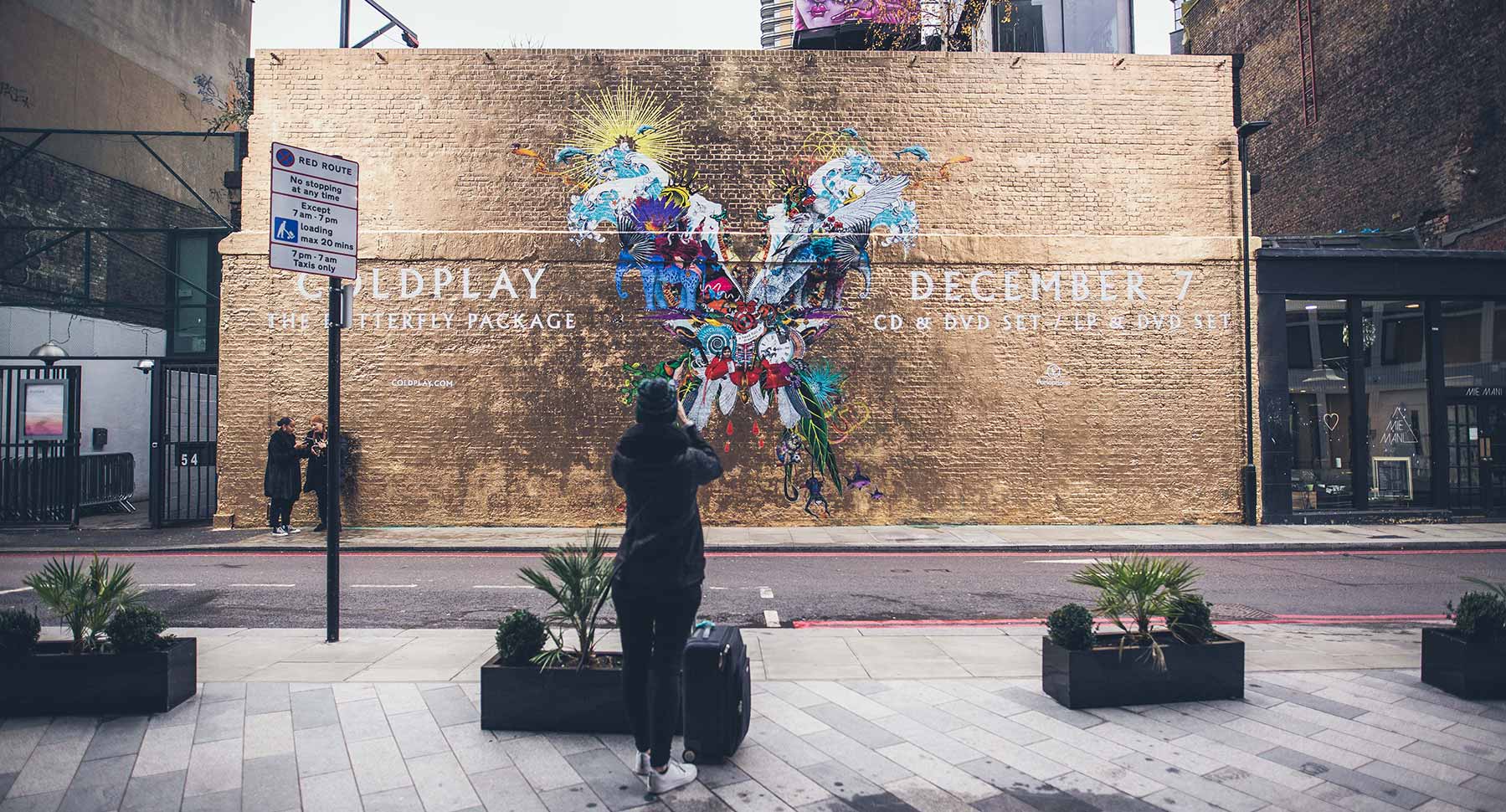 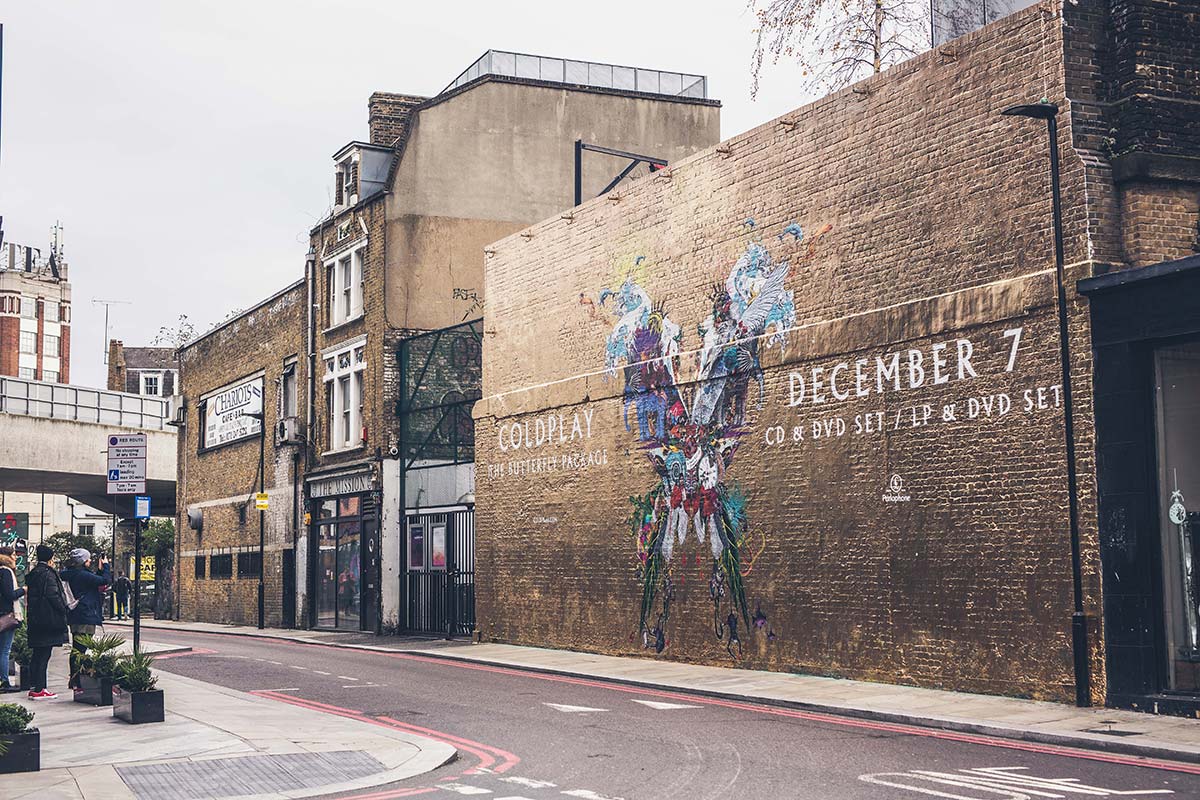 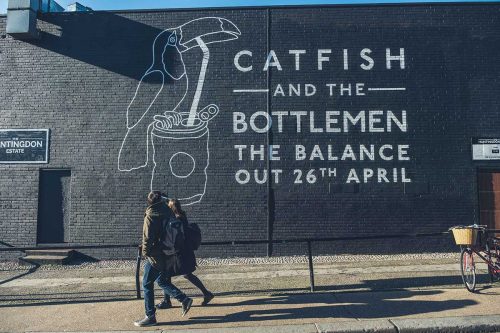 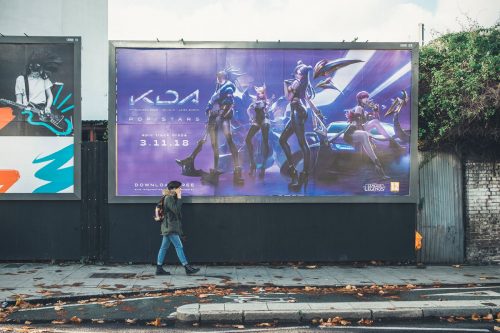