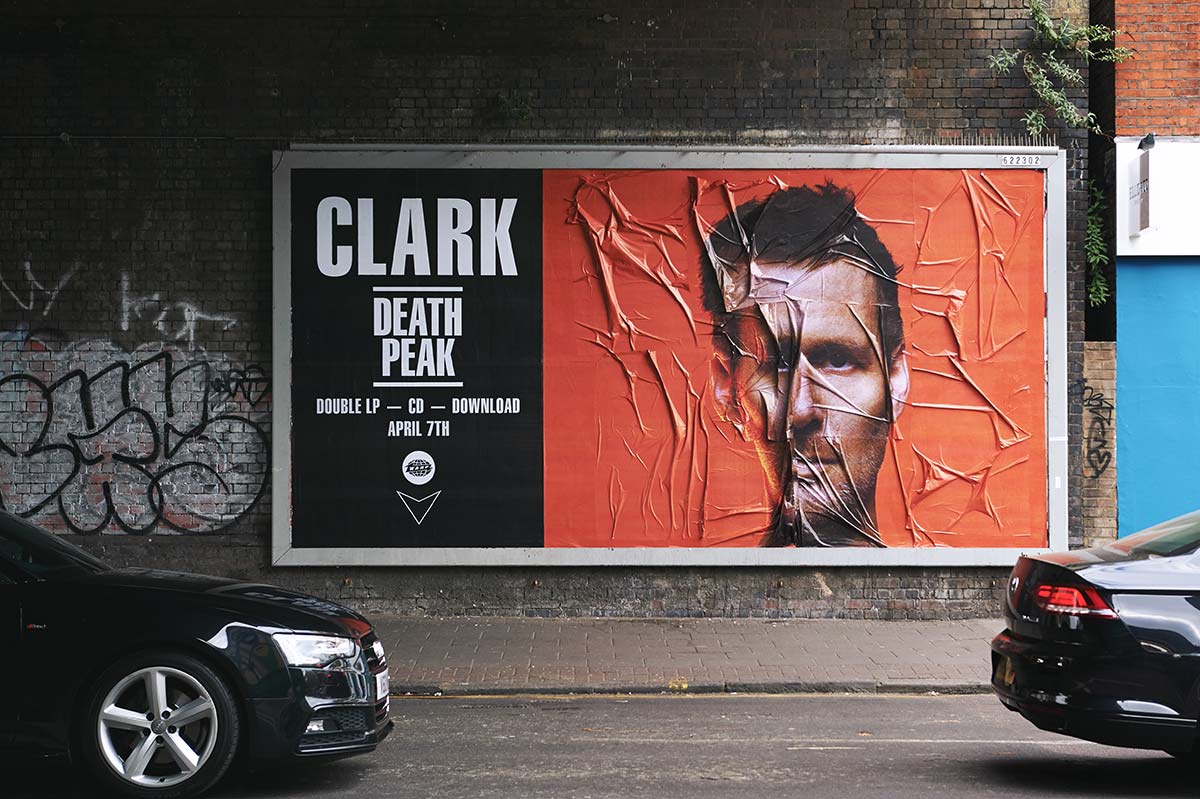 Acclaimed and respected DJ from Warp Records, Chris Clark has built a peerless body of work over the last decade and a half – split between beautifully ambient compositions and heavy techno moments. Clark’s eighth studio album, Death Peak, dropped last month. The album cover features an unusual image of the musician. A picture of his face has been printed out on paper, scrunched up and photographed again to create an odd portrait where only one side of his face is visible and his features are distorted by creases. We replicated the album artwork onto a special build in Bethnal Green, which begged a second glance from daily commuters, who were left pondering whether the poster was meant to be that way. 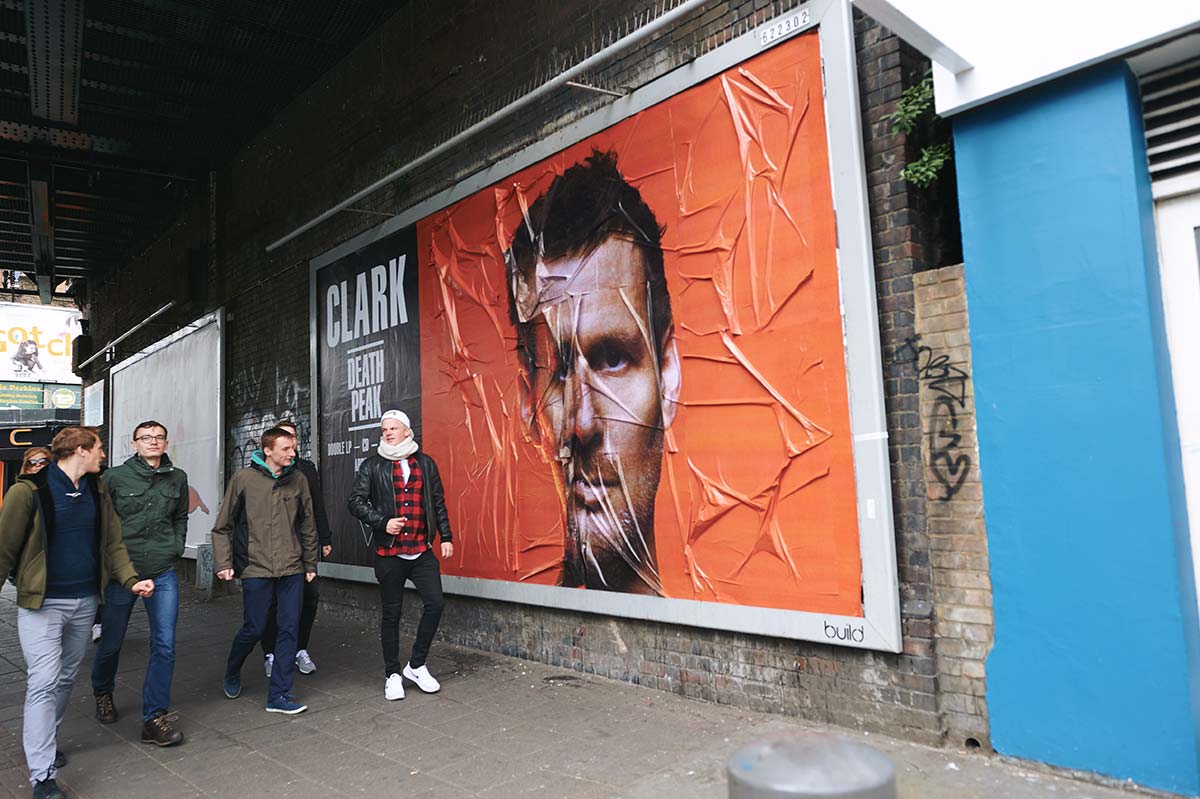 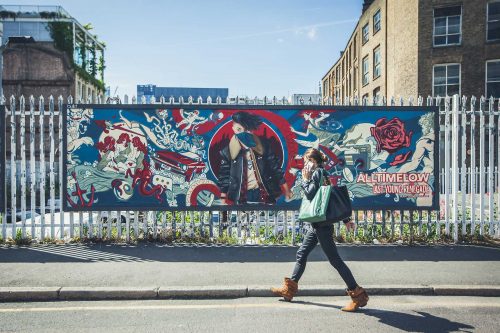 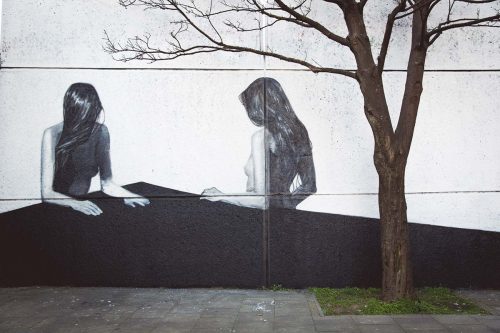