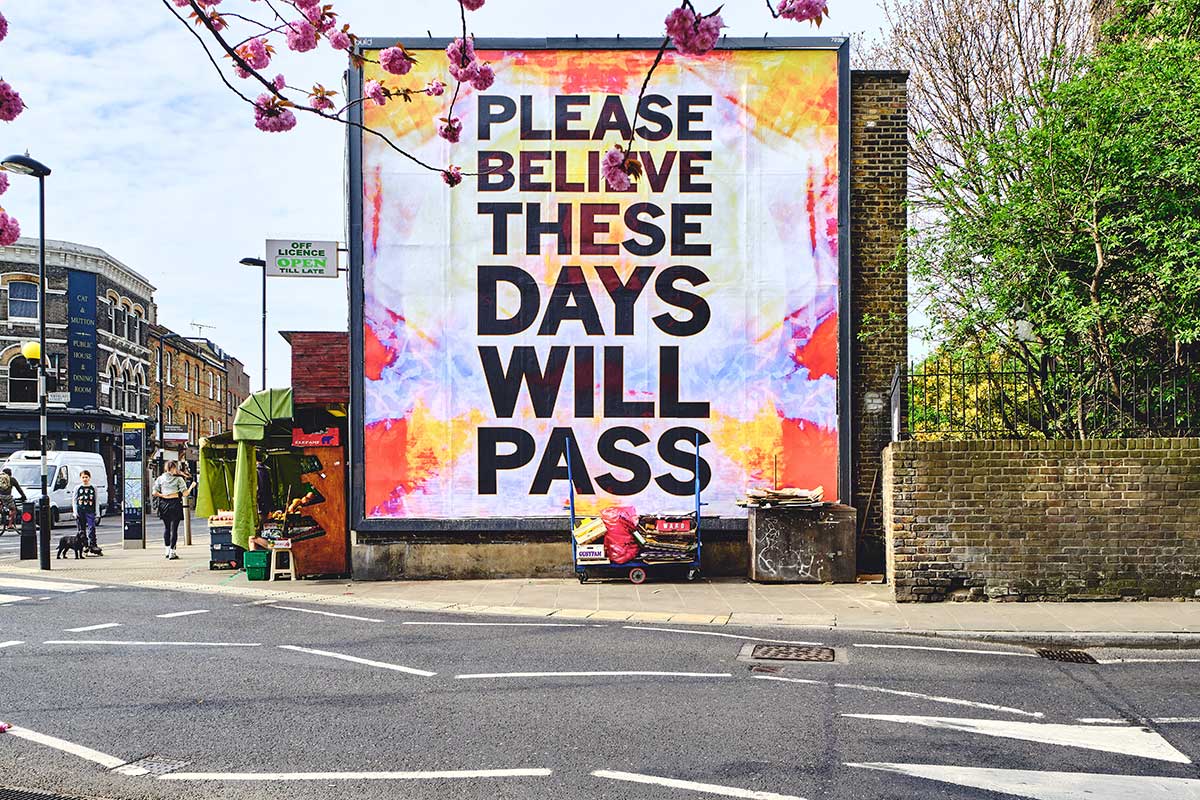 Over the coming weeks, we’ll be spotlighting artists from our Your Space Or Mine series to bring you inspiration and keep you thinking creatively in your living room.

Artist Mark Titchner, whose bold work often features on billboards, buildings and other public spaces, has produced some stunning artwork for our collaboration. Mark wants to offer hope and boost our morale through his colourful posters which are up in 10 cities across the UK. With many of us only leaving the house for our daily errands and exercise, the bright, uplifting pieces are an antidote to the monotony we are all facing.

Reading “PLEASE BELIEVE THESE DAYS WILL PASS”, the bright work is a rallying cry for hope that disrupts the urban environment. It’s likely that Mark’s latest work will be seen more on social media than on the street, something that’s different for someone who so often works in the public sphere, but however you see it, we hope that it will reach the people who need the message the most.

As part of our collaboration we have made the poster artwork downloadable so that you can help spread the message too. Print them out and display them in your window. 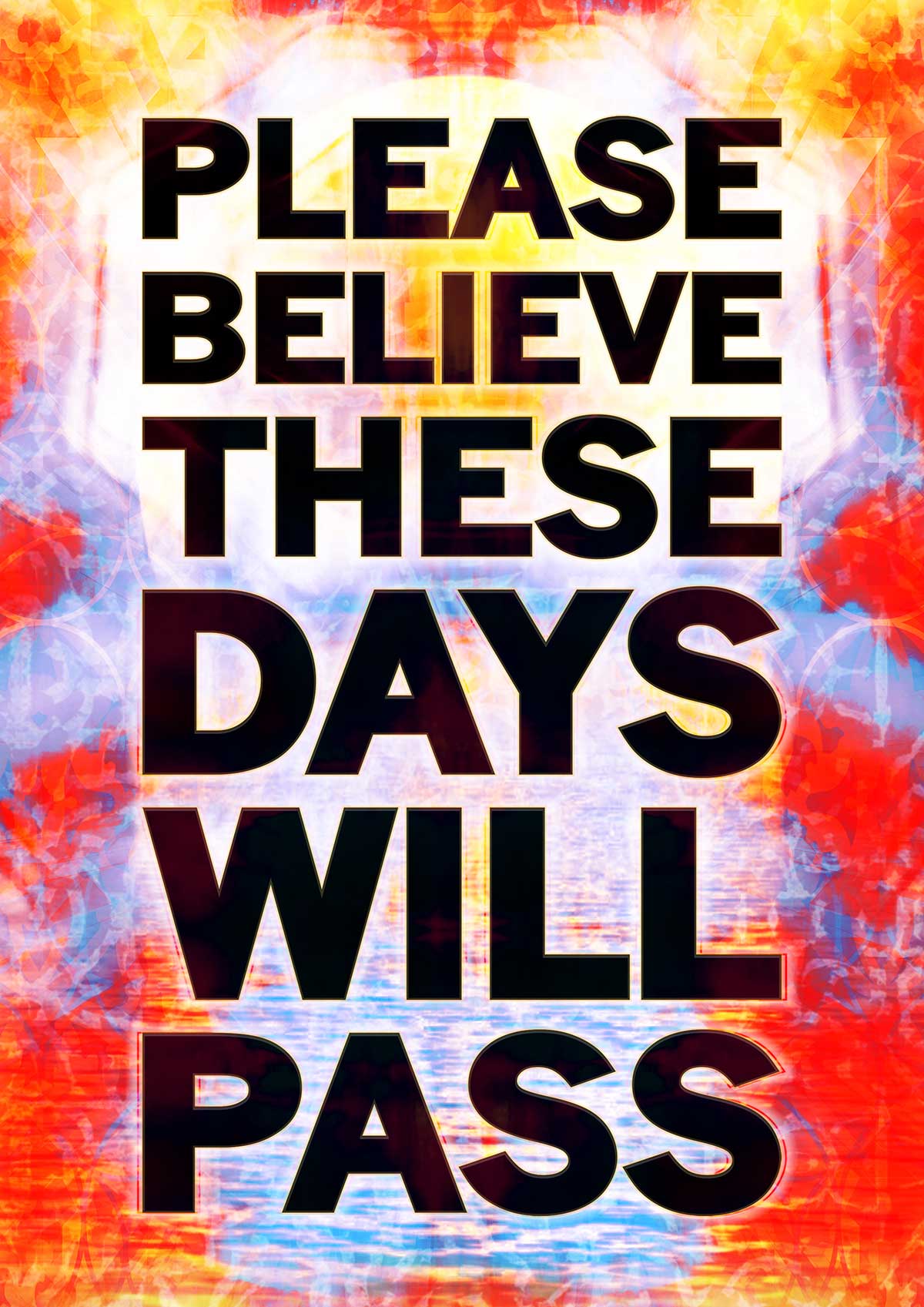 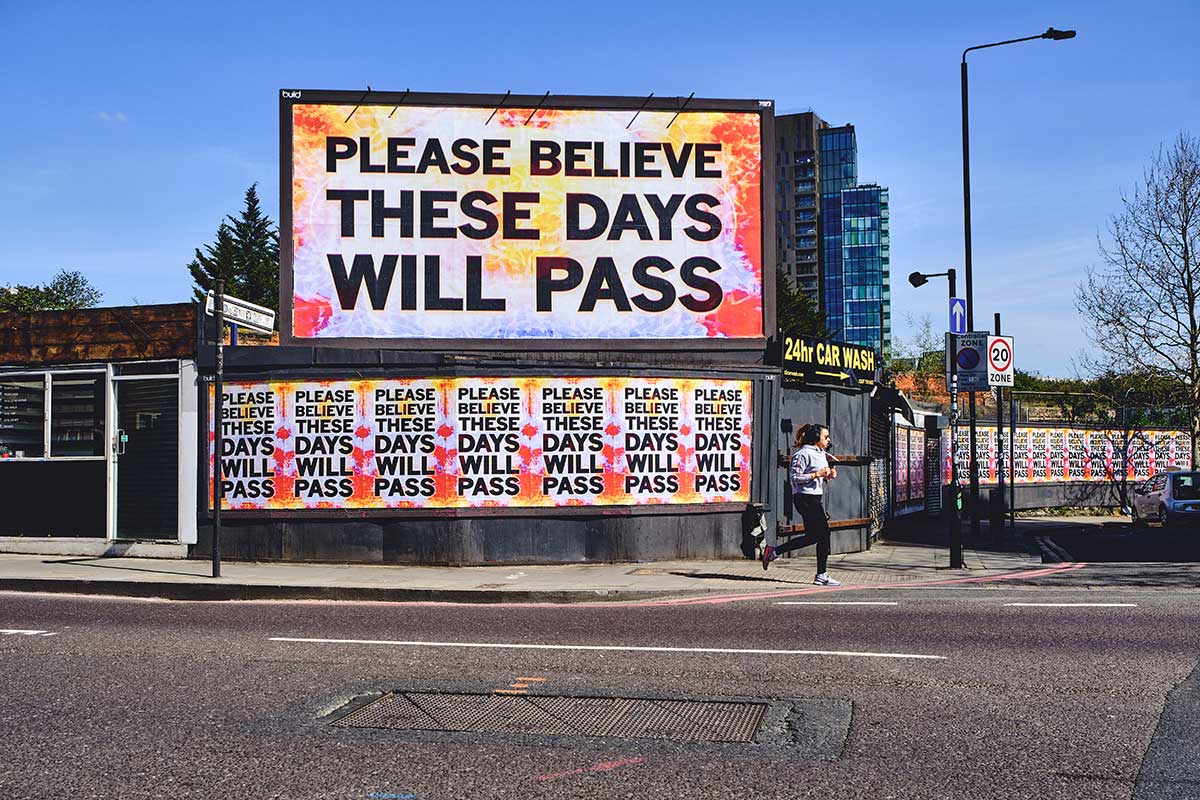 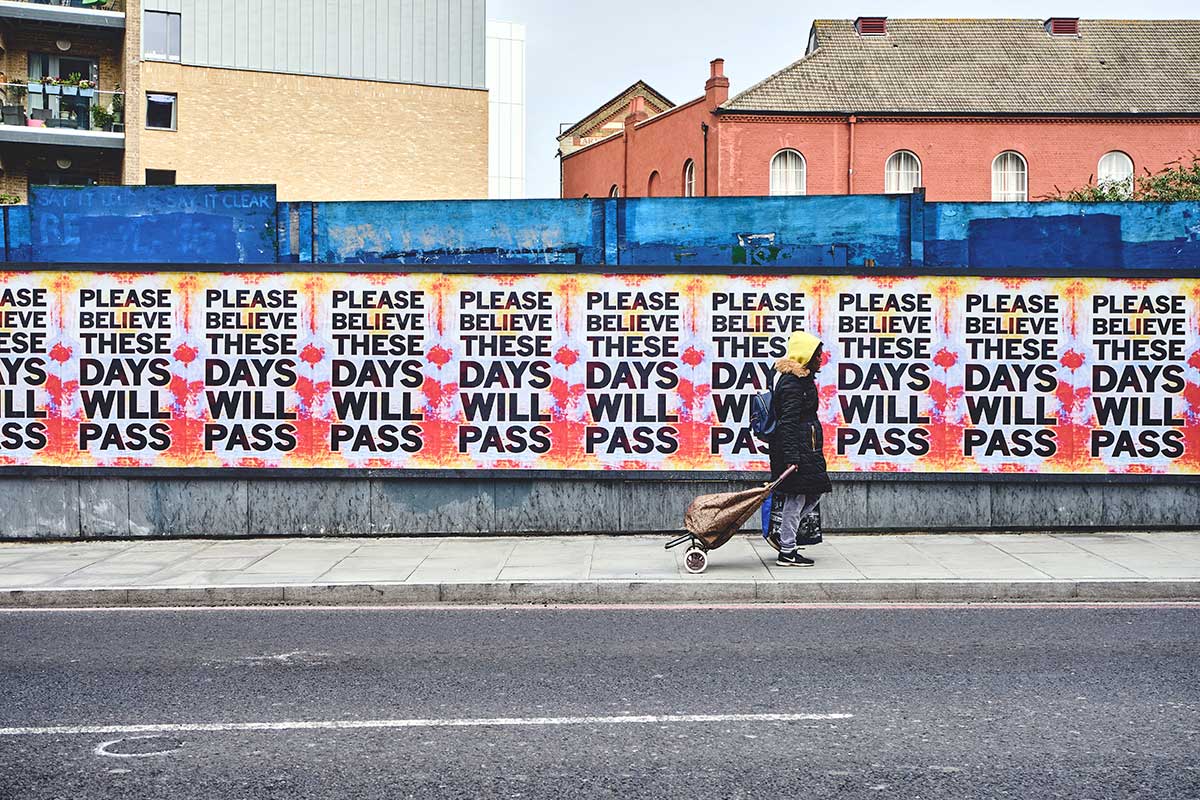 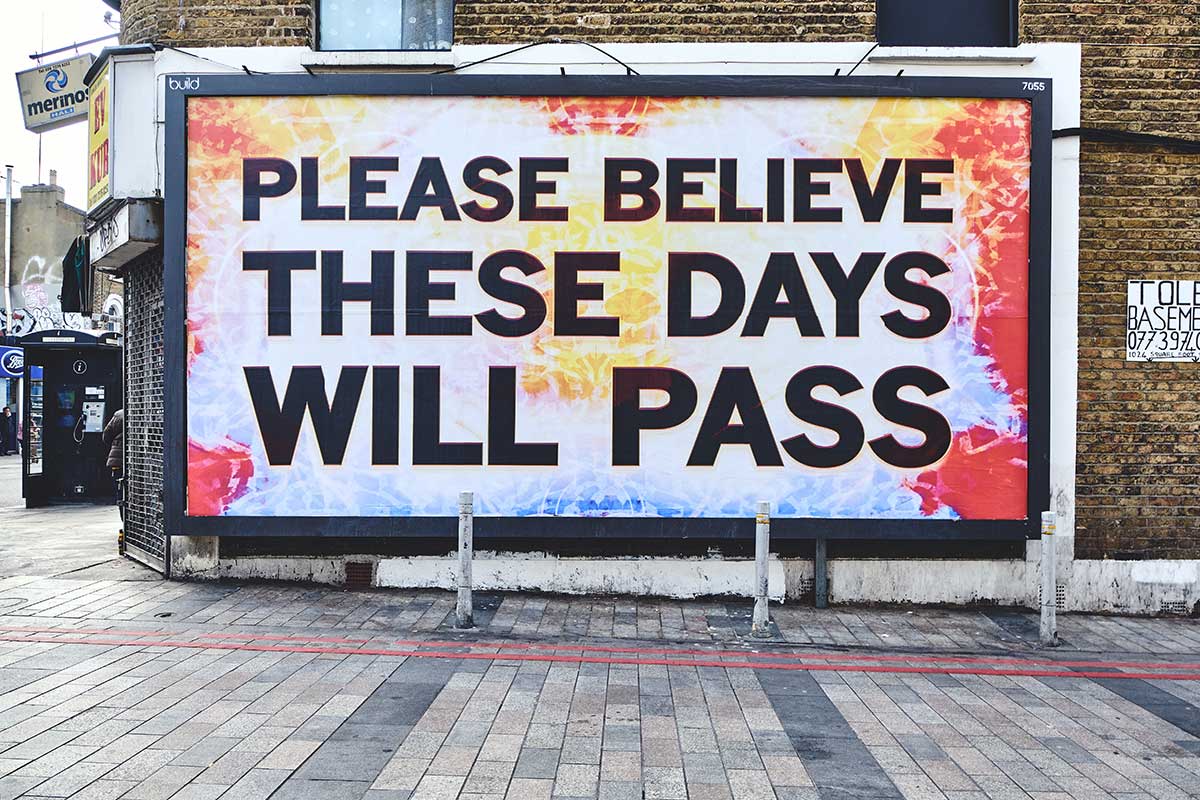 How did you first get into doing art in a street setting?
I went to art school and I got into doing installations where you were inside the artwork. I was always interested in scale, like taking something billboard-sized and bringing it indoors. Something that makes you feel small when you’re next to it. It’s kind of like taking a lot of the vernacular of street art, but using it in a way that’s quite different, and at a certain point it made sense for the stuff to start going outside. I did a project working with young people in Bristol in 2005 and some of the outcomes of that were billboards and posters. I really liked it, it made sense of the work, and I liked that idea of engaging with people who wouldn’t necessarily go into a gallery thinking about art in the fabric of everyday life rather than being an activity that you do at a certain time or place or have to have a certain degree to access.

It democratises art and ideas and shares them more freely.

I think that’s it, and also in a way the word art holds a certain set of rules around it. I liked the idea that people wouldn’t know what it was, like wondering whether it’s an advert and then realising it doesn’t make any sense. I liked the fact you might see something and go past it and read it and think you don’t agree with it, then you go back the next day or in a month and it’s there and you feel slightly differently. Things take on a life of their own, and it’s a bit of a discussion or provocation. I’m trying to show that something can have a lot of different meanings and they can all be good or bad.

With this project, what are you hoping people will get from it?
It’s a bit of an unknown thing, because a lot of people will see it virtually or online. I do a lot of work in the public realm, outside of traditional gallery spaces, and that fits well into this kind of project. This piece, or that text, is something that I’ve worked with a few times over the years. I’ve come back to it. The first time was in 2012, I was doing a residency at the Art Gallery of Ontario in Toronto, and that text was the title of the exhibition. I like the text to be slightly ambiguous, but I think it was much more about a personal situation.

A few years later I was approached by someone to make a poster which was going to be pasted up outside, and something struck me about that text so I made a new version of it. A few months later the Brexit referendum happened, and it suddenly took on this other meaning again. It had a second life, and then the last week or so, a lot of people in my circle have been reposting images of those works. I’ve also been thinking how that text is relevant again in a way that is different than when I first came up with it. The fact that people are engaging with it again, it seems like the right thing to make something new from. It’s about trying to have something out there which is acknowledging the situation that we’re in now, but also thinking about collectively getting through it and keeping the belief that we will get through it and it will be hard and we’ll all need to do the best we can.

A lot of people will see it online, but there are still people living in the city and taking their daily walks and errands.
I think also, the visuals are quite a rapturous aesthetic. It’s highly coloured and abstract, it came out a bit like a Turner landscape. It’s very un-citylike, very un-urban, and with the background it’s almost like setting a tone for the text. I wanted it to feel almost like, super hopeful, or as far away from the mundanity of queuing to get into the supermarket or everyone crossing the road when they pass each other in the street. I wanted to erase that and have something that will seem optimistic.

What other artists are you inspired by?
I came across Jenny Holzer a lot when I was first starting out, and they’re seminal works, but they’re so ingrained in my psyche I don’t really think about them so much. But obviously her, and Barbara Kruger, and those artists of that generation. They’re all important to me, and it’s quite deep-seated. One I probably think about the most who funnily enough isn’t a public realm artist is Bruce Nauman, just because of the way that he works with language. The kind of idea of dealing with both the construction of language and the relationship that humans have to language and how language connects to behaviour. I think that’s quite a big one, for me.

What’s the ultimate goal when you put out something new?
In a way I just want it to have its own life. When I put that first piece out with this text on, I had no idea where that would go, but when you put something out, hopefully it becomes something that people talk about that’s separate from me. With this, it’s just really nice to be doing something which is happening outside while everyone’s in lockdown. It’s almost like reaching out through the windows. 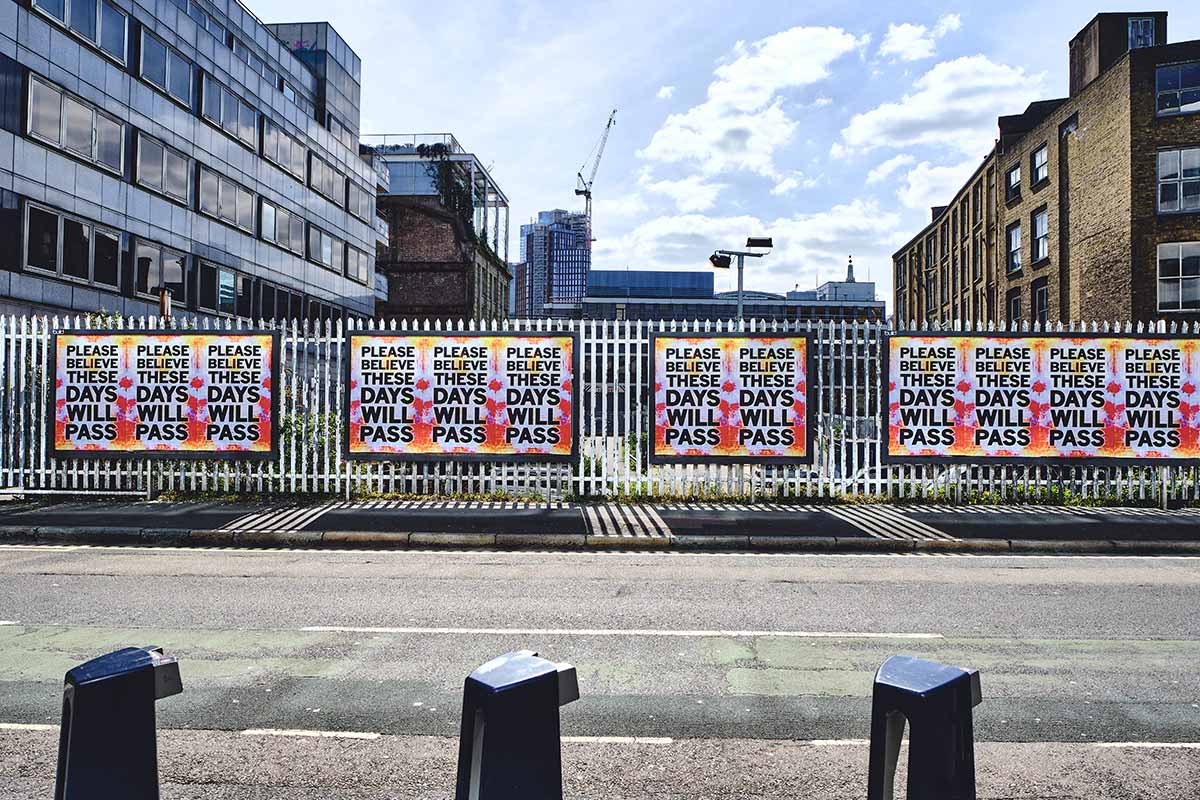 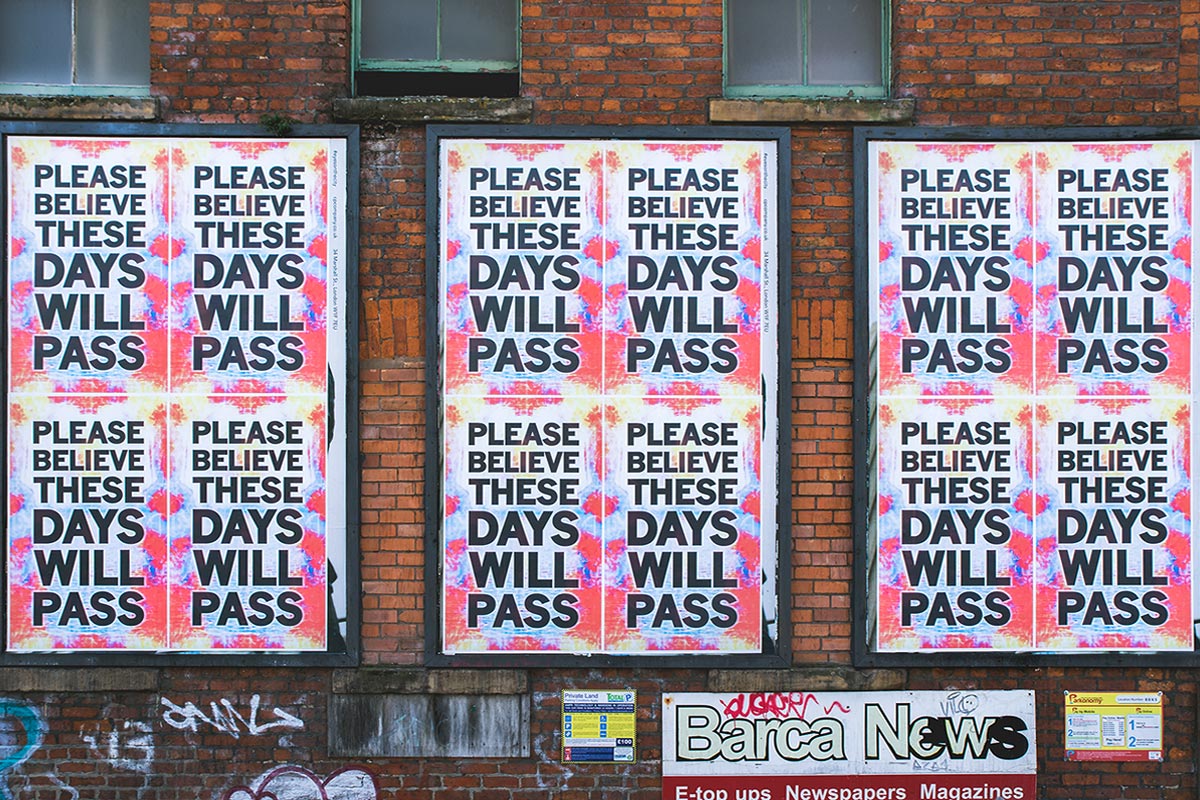 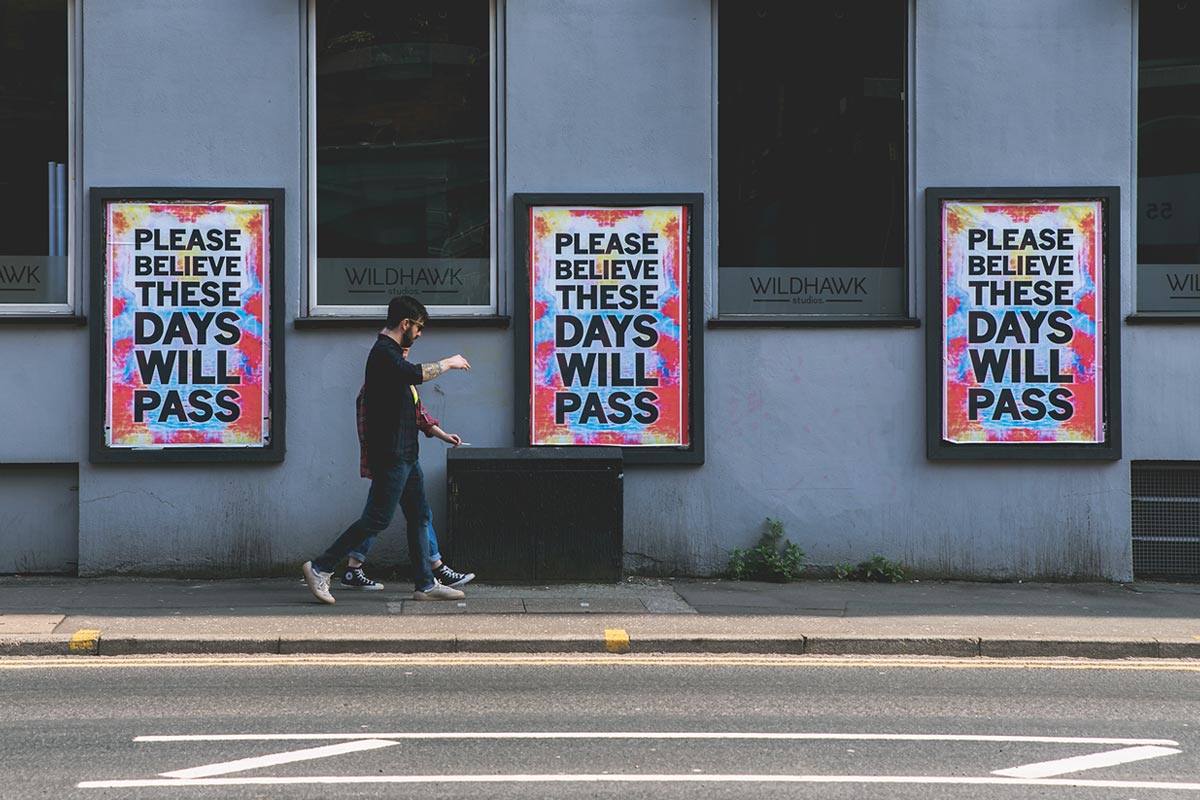 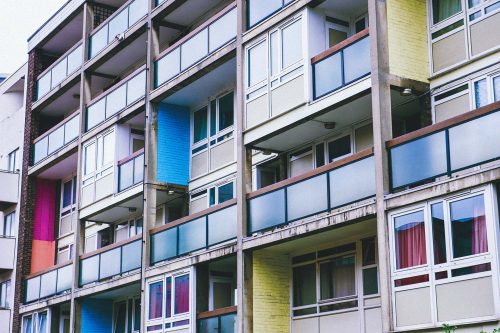 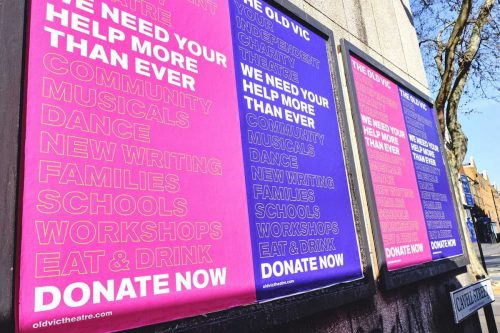