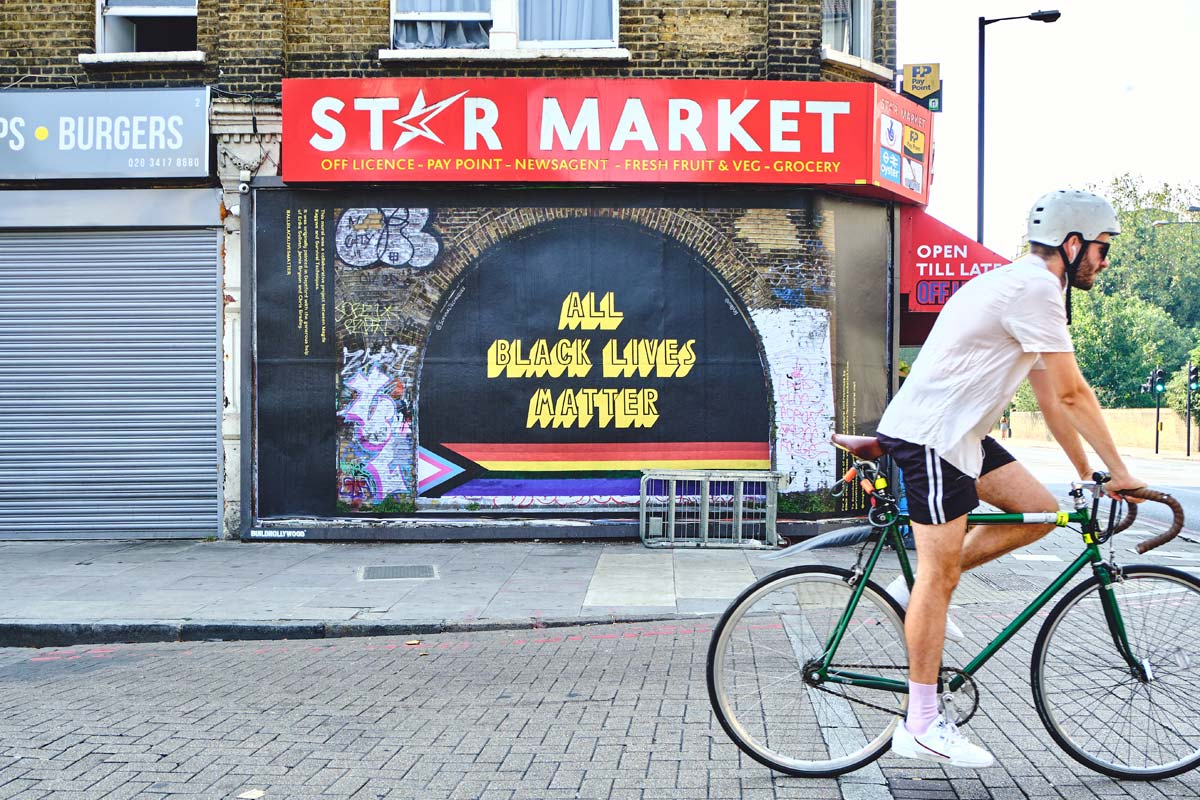 Activists and allies across the world have been catalysed to come together in support of anti-racism in all areas with many working tirelessly to highlight Black voices in the arts. London-based artist Magda Kaggwa is one of them. An arts professional who works across event production, exhibition coordination and curation, Kaggwa previously worked as a printmaker for artists including huge names like Damien Hirst and Anish Kapoor, but now focuses on platforming Black creatives and those from underrepresented backgrounds. She also releases a newsletter every fortnight highlighting Black creative practitioners.

For our Your Space Or Mine series, we at BUILDHOLLYWOOD collaborated with Kaggwa to bring her message to the street via art in our billboard spaces in London, Bristol, Glasgow and Cardiff. Kaggwa’s piece began life as a mural painted in Deptford: “The lockdown restrictions in London at the time of conceiving this project were much stricter, and like many people, I was still spending a lot of time at home consuming hours of social media content following the wave of global civil rights protests,” says Kaggwa on the art’s origin.

“The resource sharing posts and images of crowds waving placards were alluding to a shift in consciousness, but it was only once I started seeing posters in people’s windows during walks around my local area that it began to feel like something tangible outside of my Instagram echo chamber was actually changing,” she adds. As more and more people who had previously been either “apathetic or ignorant to the systemic and institutional scale of racism” were waking up to it, Kaggwa felt a strong current of hope under her despair and exhaustion. She wanted to bring that feeling to others on a large scale, so asked her friend Naomi Edmondson, who runs legal street art project Survival Techniques to collaborate with her. 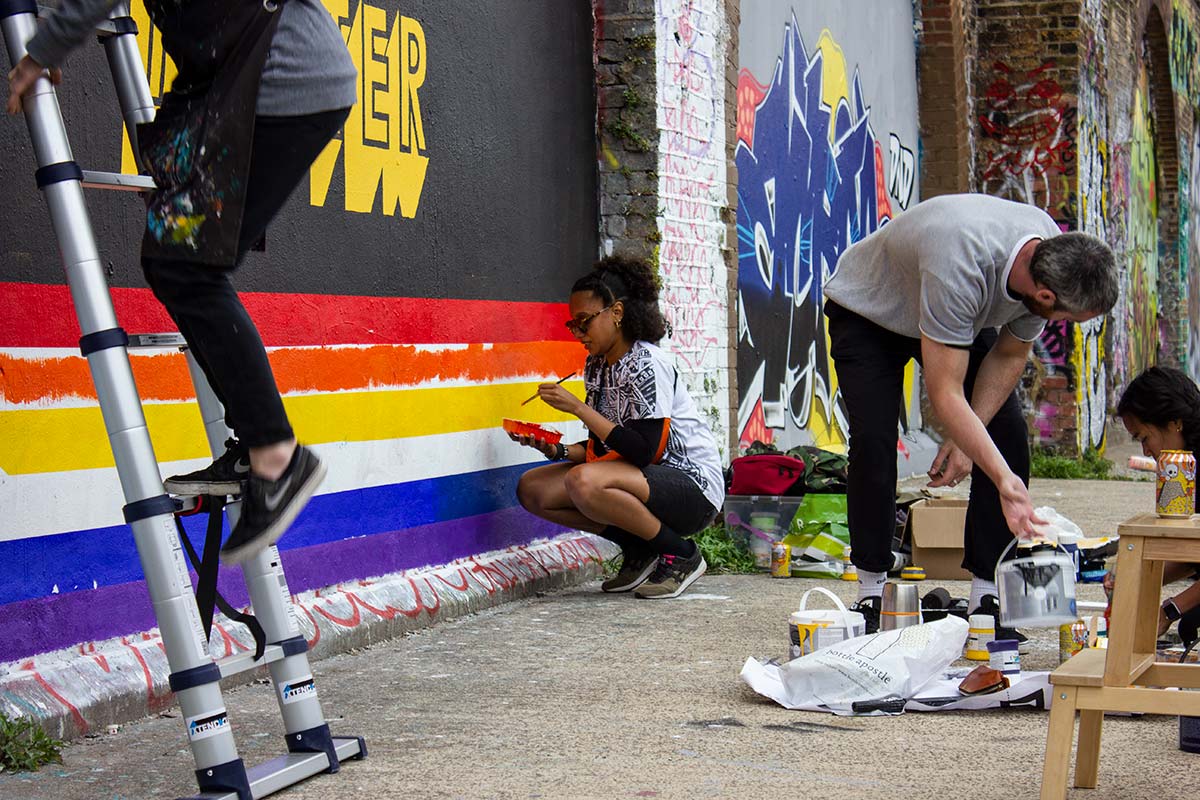 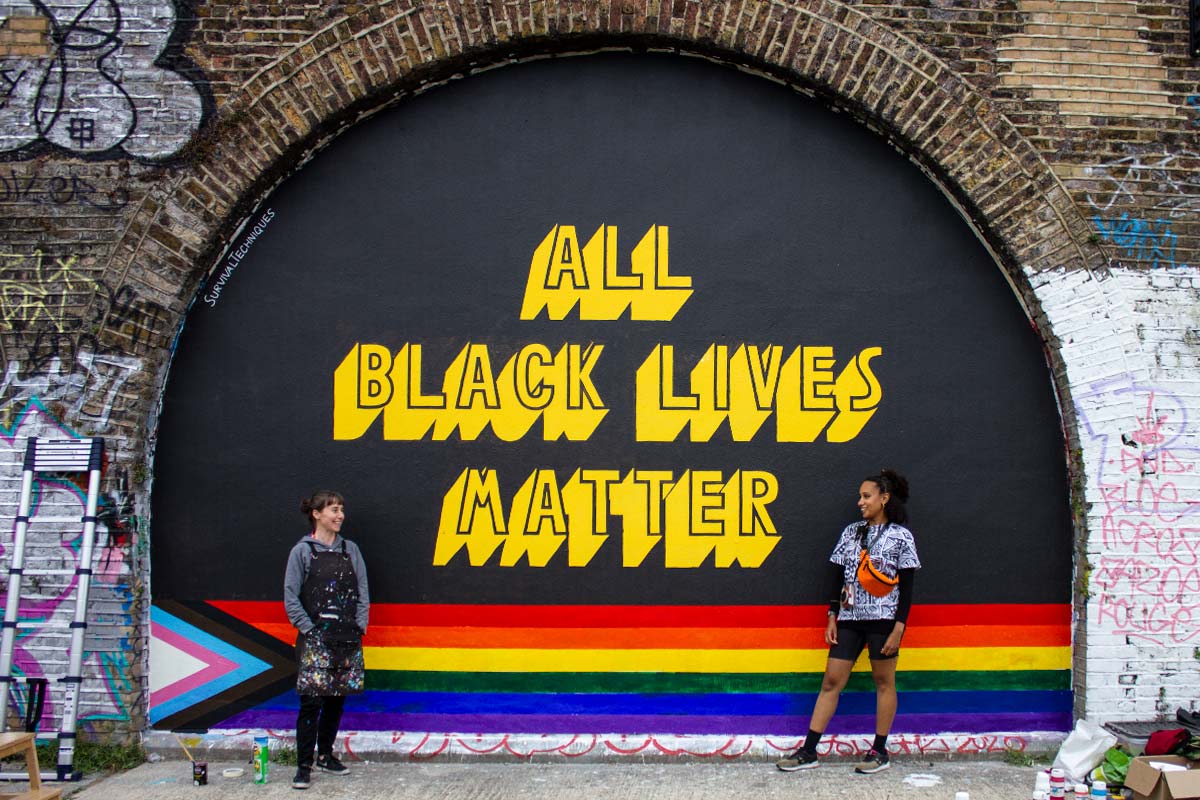 The mural took a week to plan and just a day to paint with the help of friends, but it wasn’t up for long. In an effort to extend the life of Kaggwa and Edmondson’s message, the billboard will feature a stunning recreation of the mural. As it was originally painted in an archway, the billboard pays homage to its origins by recreating that archway around a bold black backdrop, an inclusive Pride flag, and the words “ALL BLACK LIVES MATTER” in highlighter-yellow type.

For Kaggwa, the most important thing was for the artwork to feel truly inclusive and intersectional. “The BLM movement stands on the shoulders of fearless LGBTQIA+ activists,” she says. “The luxury of time and retrospection has afforded us the opportunity to learn from the LGBT liberation movements of the 60s and 70s which often excluded the Trans community for example. We now have the chance to build towards something that’s more holistically inclusive.” She chose Deptford for her location as, in her words, South East London is proudly diverse.

While Kaggwa likes working with the democratic space of the street, she’s concerned about the limited lifespan of the work. “The next step would be to find a more permanent home for it. As the news cycles move on it’s more important than ever to remind people that there is still an incredible amount of work to be done,” she says, but she feels positively about the work we’ve done together: “I really love that something inspired by posters in windows has essentially become a UK wide poster campaign, and I’m so grateful that the BUILDHOLLYWOOD family worked with us to make it happen.” 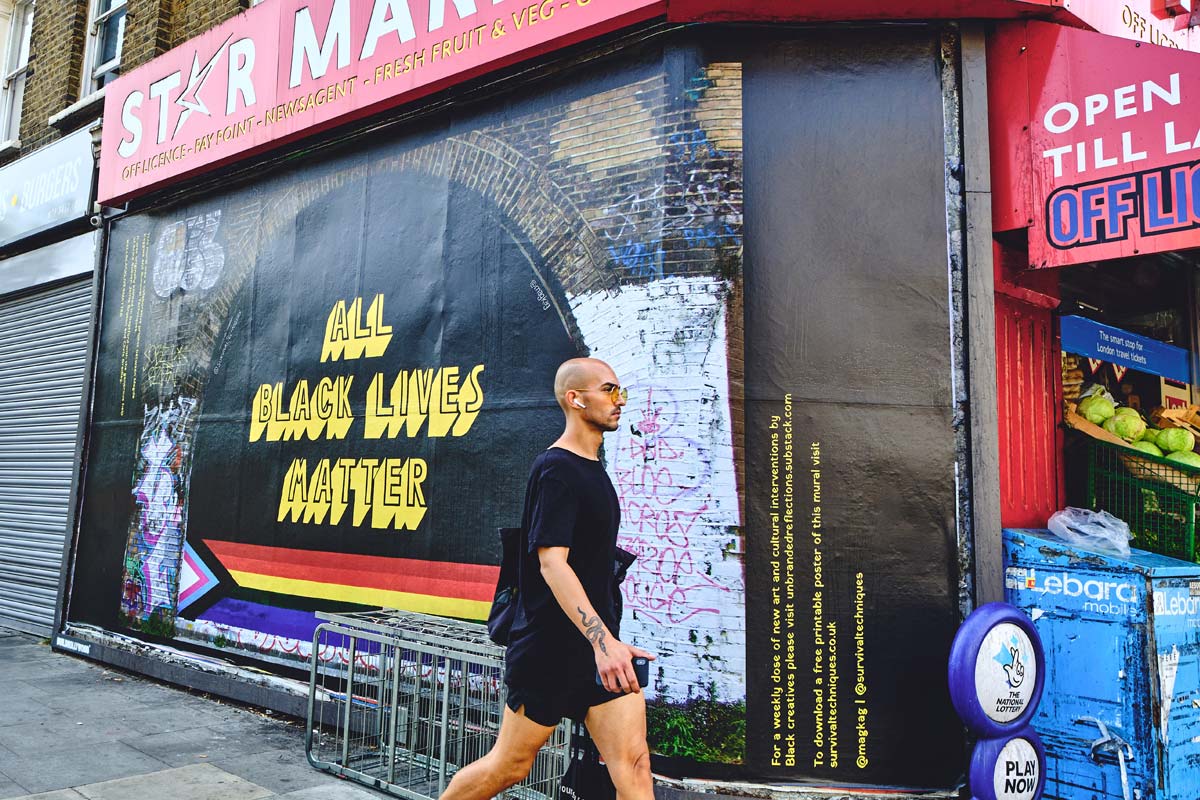 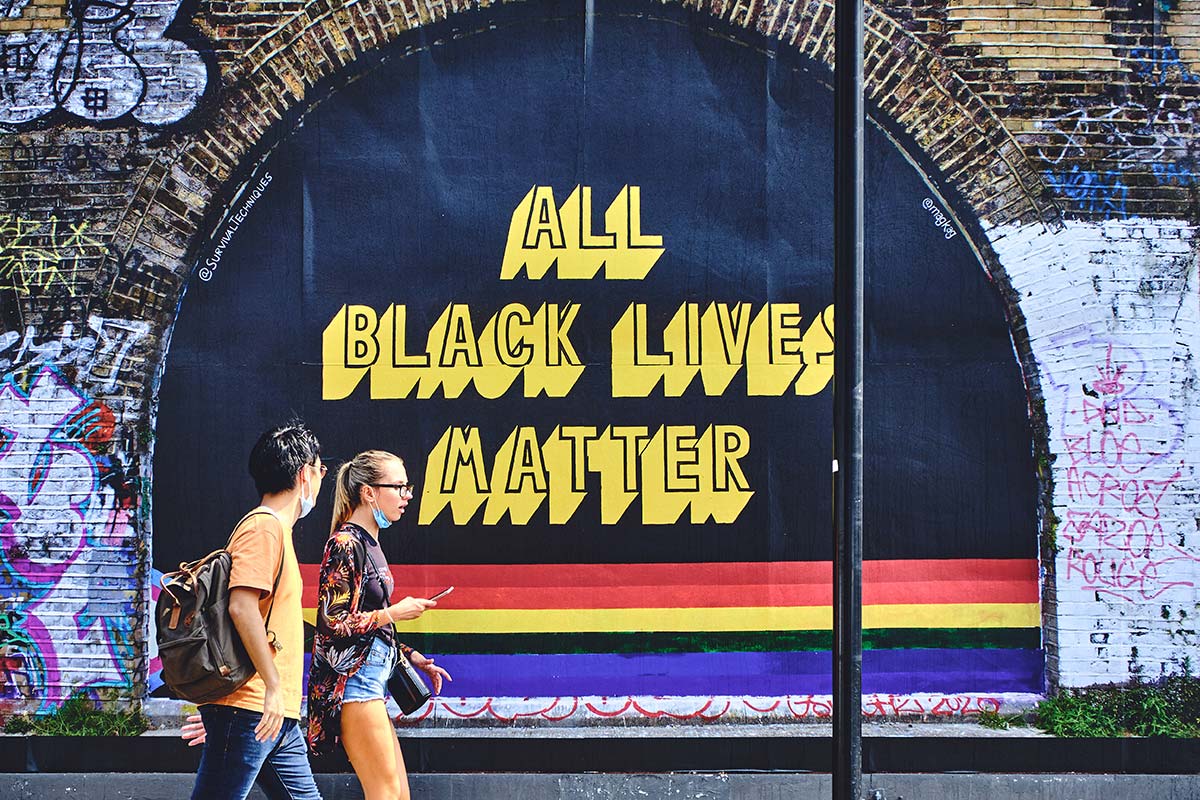 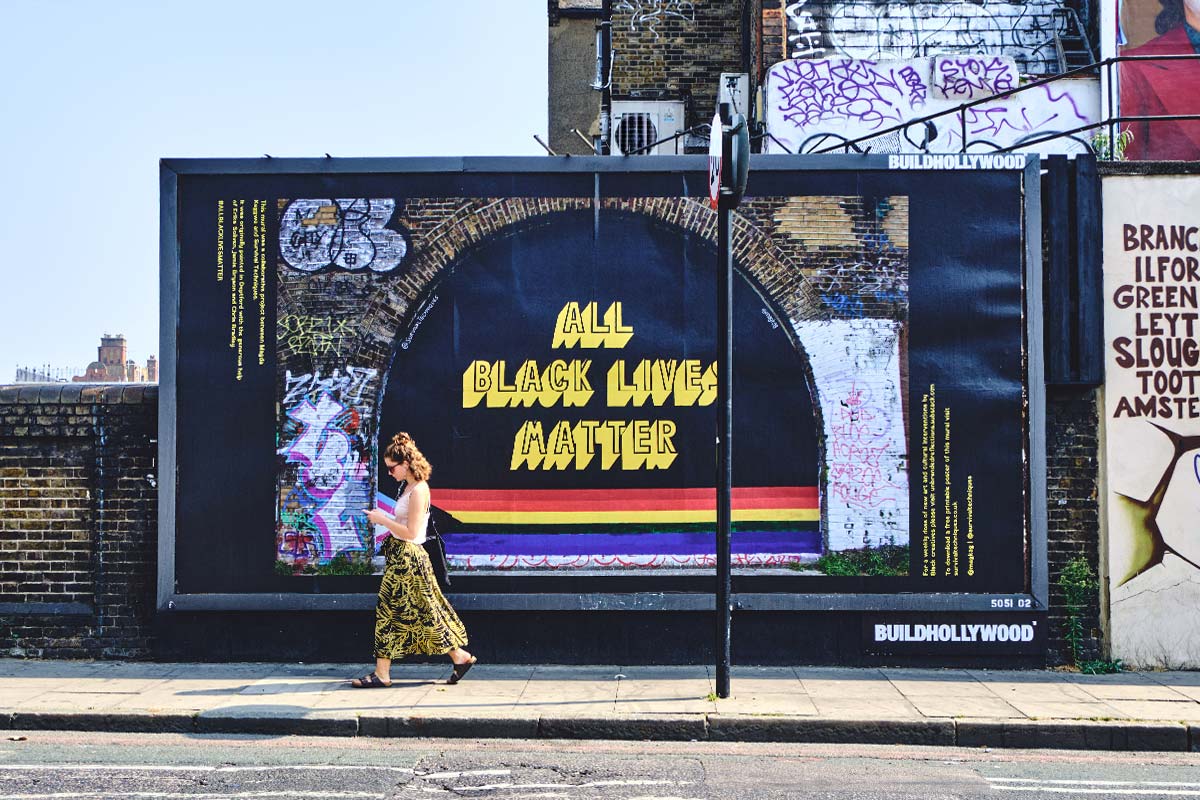 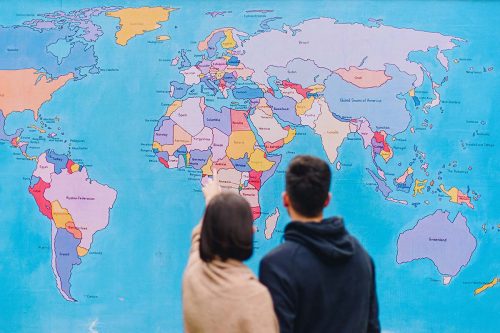 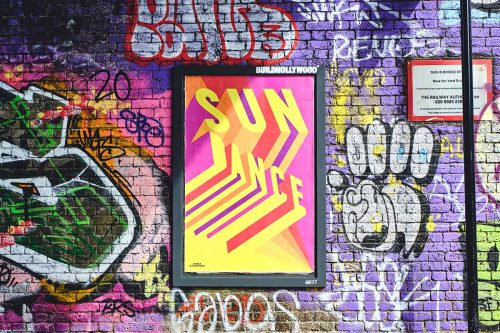