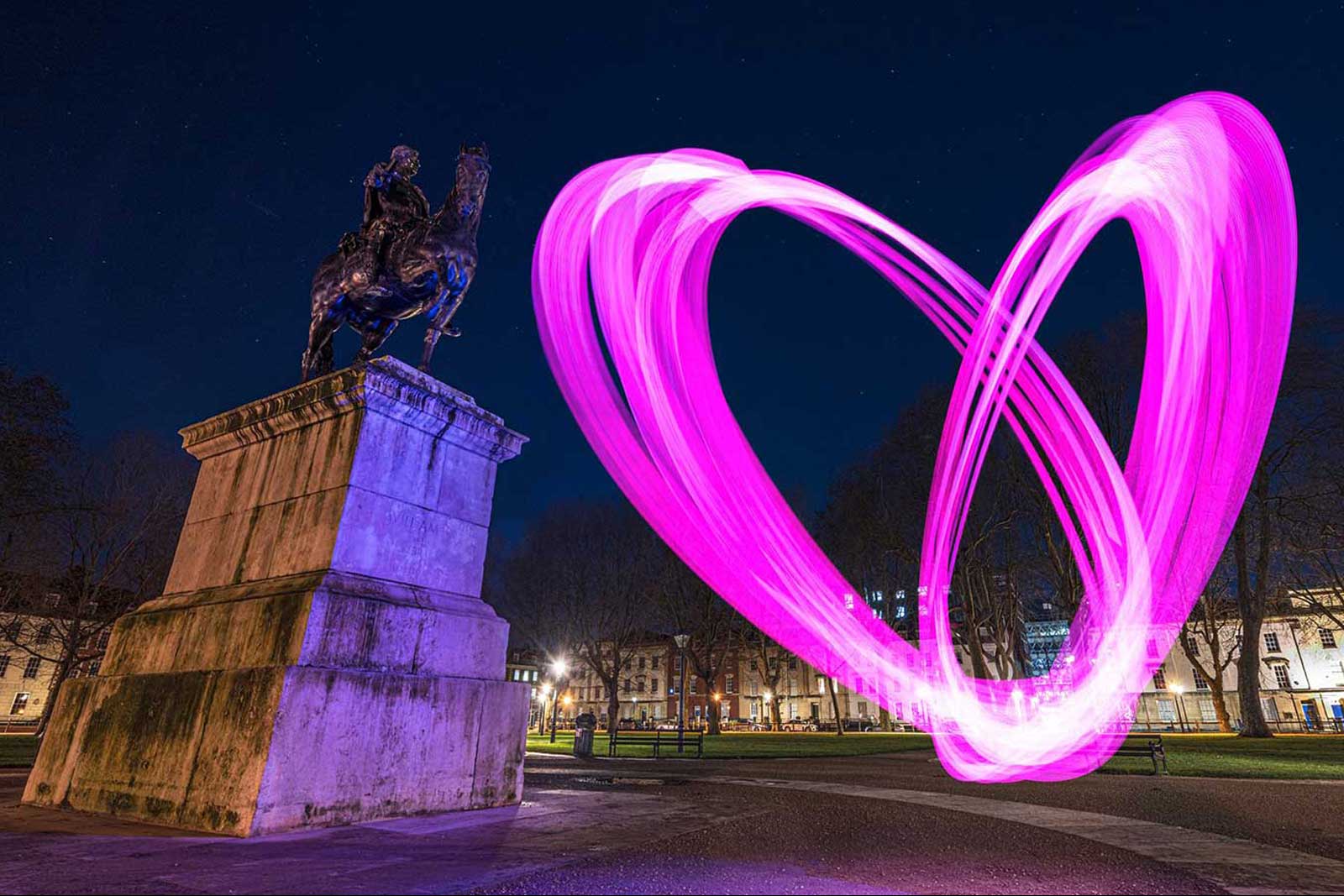 Illuminating the streets of the South West with Bristol Light Festival

With its long-awaited second edition, Bristol Light Festival is once again taking over the city. We announced its arrival on the streets with the help of a 3D, illuminated creative billboard, modelled on the logo artwork by local photographer André Pattenden.

From 1st-6th March 2022, specially commissioned works for Bristol Light Festival will premier alongside pieces making their city debut, in carefully curated locations on the streets – filling the city with creative light.

2019’s edition included interactive and immersive works, and this year’s programme is set to feature much of the same – with installations and experiential light art pieces to explore. Created by international names, local artists, and Bristol-based collectives, like Squidsoup, Lucid, and Designs In Air, each one has been tailored to its location – filling varied urban spaces with colour, ambience and new potential for enjoyment, showcasing the city in a different light, highlighting both its landmarks and lesser-known spots.

To introduce 2022’s Bristol Light Festival to the city, we worked alongside Bristol City Centre BID to bring its joyful, bright pink logo to the streets, filling our sites with light-flooded artwork. To accompany a takeover of our West Street sites in Old Market, we also constructed a head-turning creative billboard – with a giant, illuminated, 3D version of Bristol Light Festival’s logo, bringing the art to the streets.

The logo was created by local photographer André Pattenden, who manipulated and created light art to form the vibrant and dynamic heart shape. He then echoed the work around different spots in the city, producing incredible shots through the middle of a night to tease this year’s festival launch. We spoke to André about his creative inspirations and processes, life as a photographer, and work for Bristol Light Festival, ahead of its programme beginning in March. 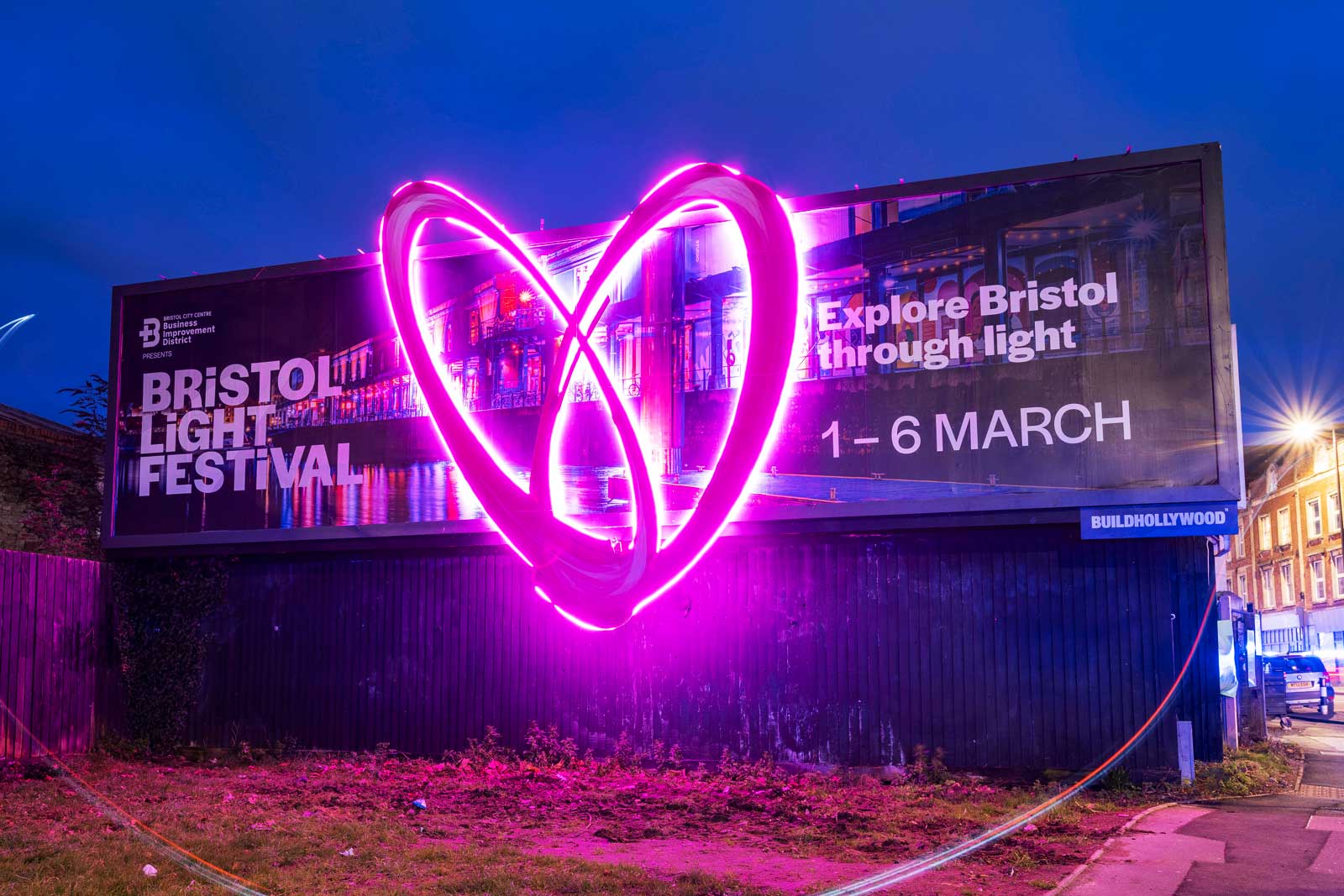 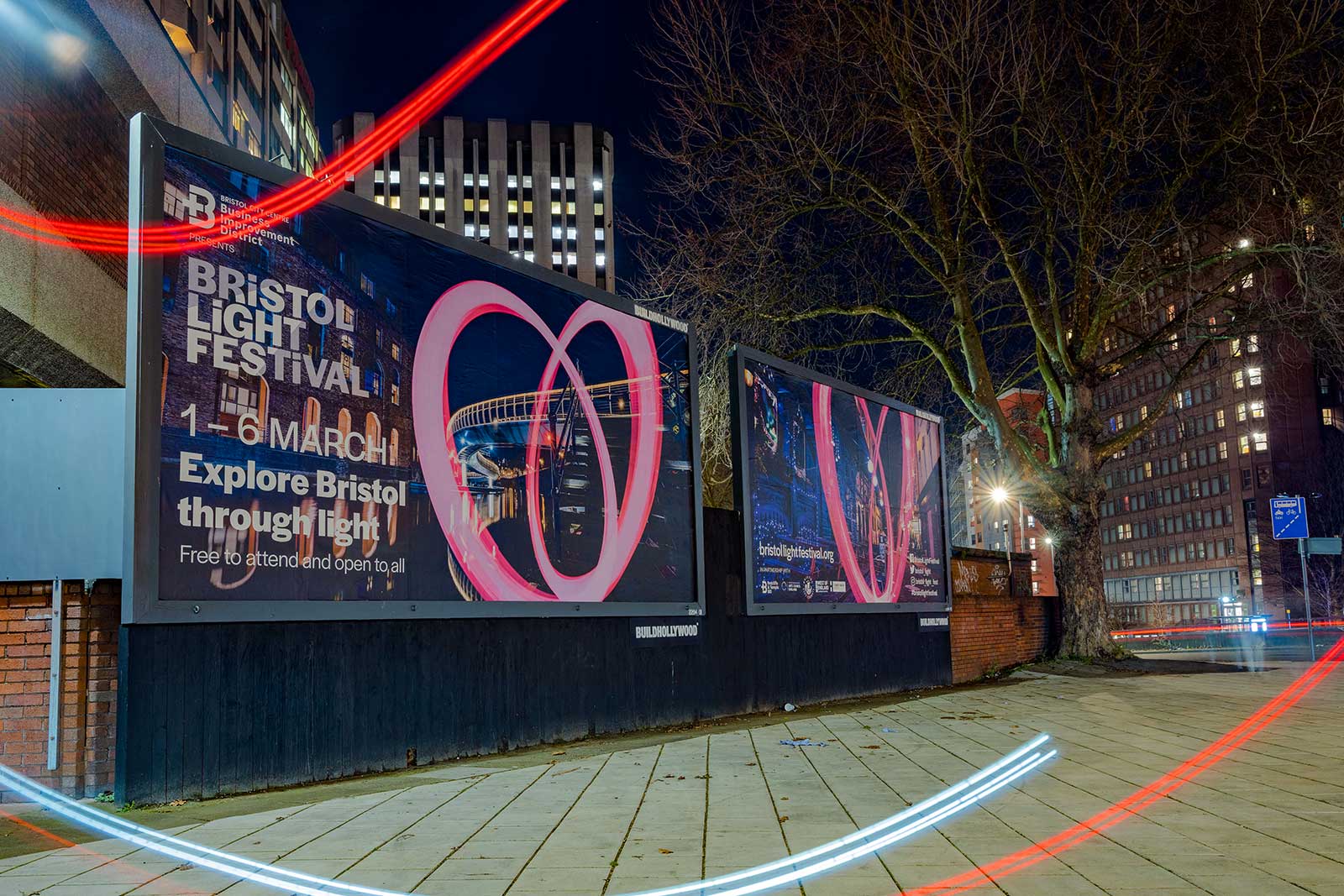 Could you tell us a bit about your background as a photographer, and how you came to be involved in Bristol Light Festival?

I love making images. If I’m not shooting to a brief for a client, then I’ll shoot just for kicks – I suspect that’s not unusual for a lot of photographers…! As far as my work life goes, I have been fortunate to work with many, varied clients, ranging from small independent businesses to large multinational corporations, highly technical manufacturers to uniquely expressive artists. Some clients commission single images that require weeks of planning and the help of large crews, but some just need me, and a simple but responsive attitude to capturing crucial but fleeting moments.

So, the divide in my shooting life is almost always very clearly defined. But occasionally, I’ll get a gig that straddles both… And this is one of them! I think it was just word of mouth and someone was kind enough to recommend me.

Tell us about your creative process in bringing a story to life?

I’m very lucky to know lots of creatives, performers and visual artists who invariably are full of ideas – or at least are amenable to mine – so I’ve no shortage of inspiration and projects. This good fortune, combined with my recent move to InCamera Studios in Bristol, means I have ample space and opportunity to experiment without compromise. I get to have a lot of fun, and by osmosis, learn a few new tricks along the way.

I often get asked which field of photography appeals to me the most, but I genuinely struggle to answer. I honestly think the variety of disciplines and the subsequent daily challenges they bring are what keep me developing and thriving. But if I get a brief where I’m asked to just ‘play’ like I was here – then, honestly, what could be better?

What are your greatest inspirations and influences?

There’s very little about me that’s highbrow when it come to my work, but I’m happy to list these inspirations: Moebius comics, music by Plaid and the book Dune. And – there’s no point being snobbish – I’m constantly inspired by some of the amazing things on Instagram! 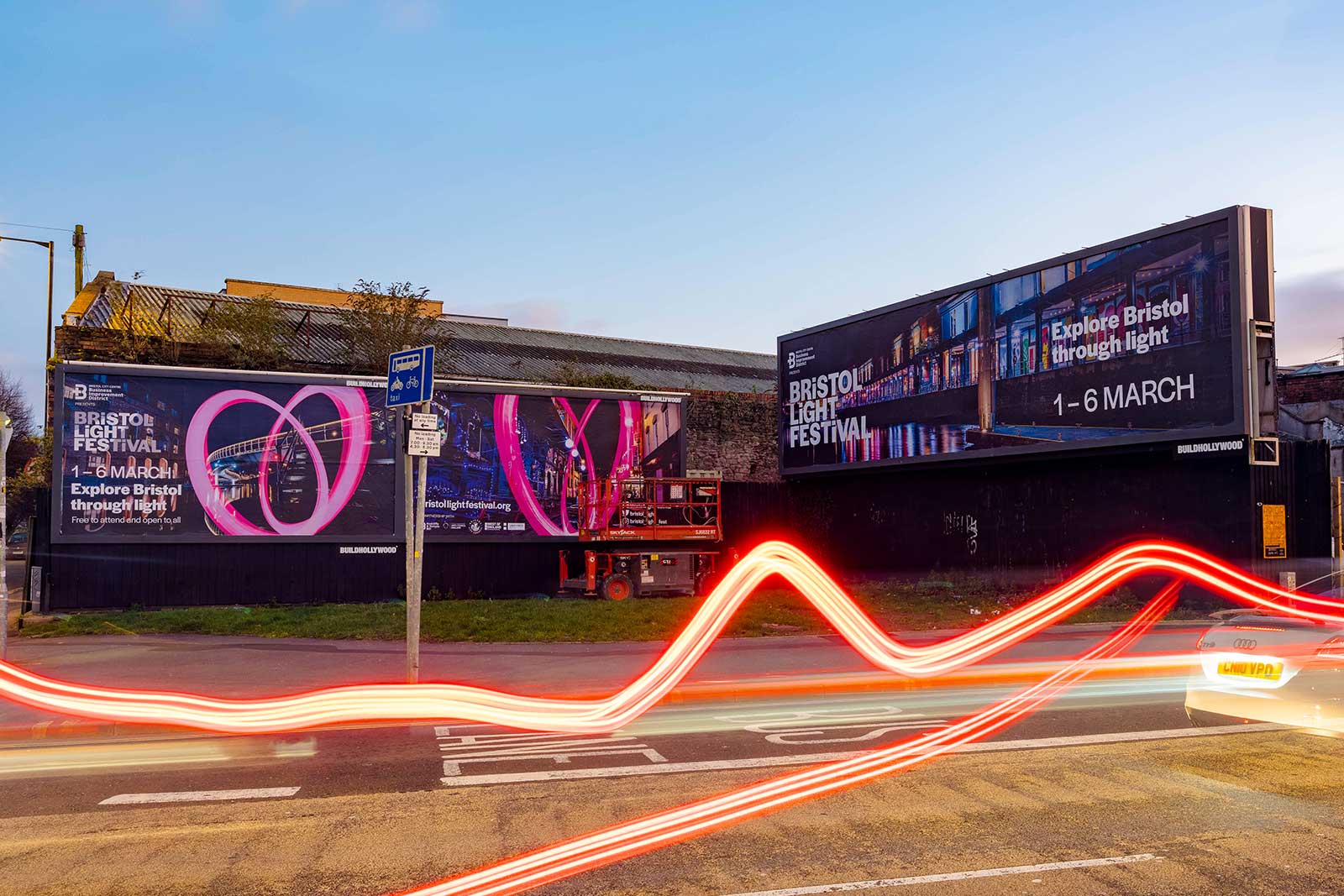 How did you put together the piece for Bristol Light Festival?

The initial the idea for the commission was to ‘draw’ heart shapes with a multicoloured staff. I asked Charly, my friend and often collaborator in front of the camera, to assist, and set out to try the idea. The first attempt, although pretty, lacked the dynamism we imagined it might have, so I put some thought into how to achieve a more dynamic heart shape with a ‘swung’ light…

After a bit of mucking about in my studio, I worked out that by shooting three-image, on-location, triple-exposure, stacked in camera, with a mode that only added the lighter elements (i.e. the swung light) – comprising the background location plate and two carefully angled and positioned loops – it would create the shape we required, but with a much more lively and expressive feel.

After a lot of trial and error, and one very cold night stalking the streets of Bristol, the results of our efforts can be seen now… Massive thanks must go to Charly for her incredible patience and good humour, despite the borderline hypothermia!

What are some of the projects you’ve been working on lately and what’s next for you?

I’ve been working on a series of portraits called Masters At Work recently and showcasing them on my personal Instagram, and on my website. I’ve been shooting makers, creatives, and artists in their working spaces with a maximalist, hyper-detailed, painterly style, so that their space, tools, and work reveal as much about them as their actual portrait. I’m getting so much joy out of this project, showing these brilliant people off, loving getting to celebrate the incredible creative talent around me. If you know someone who would make a great subject let me know! 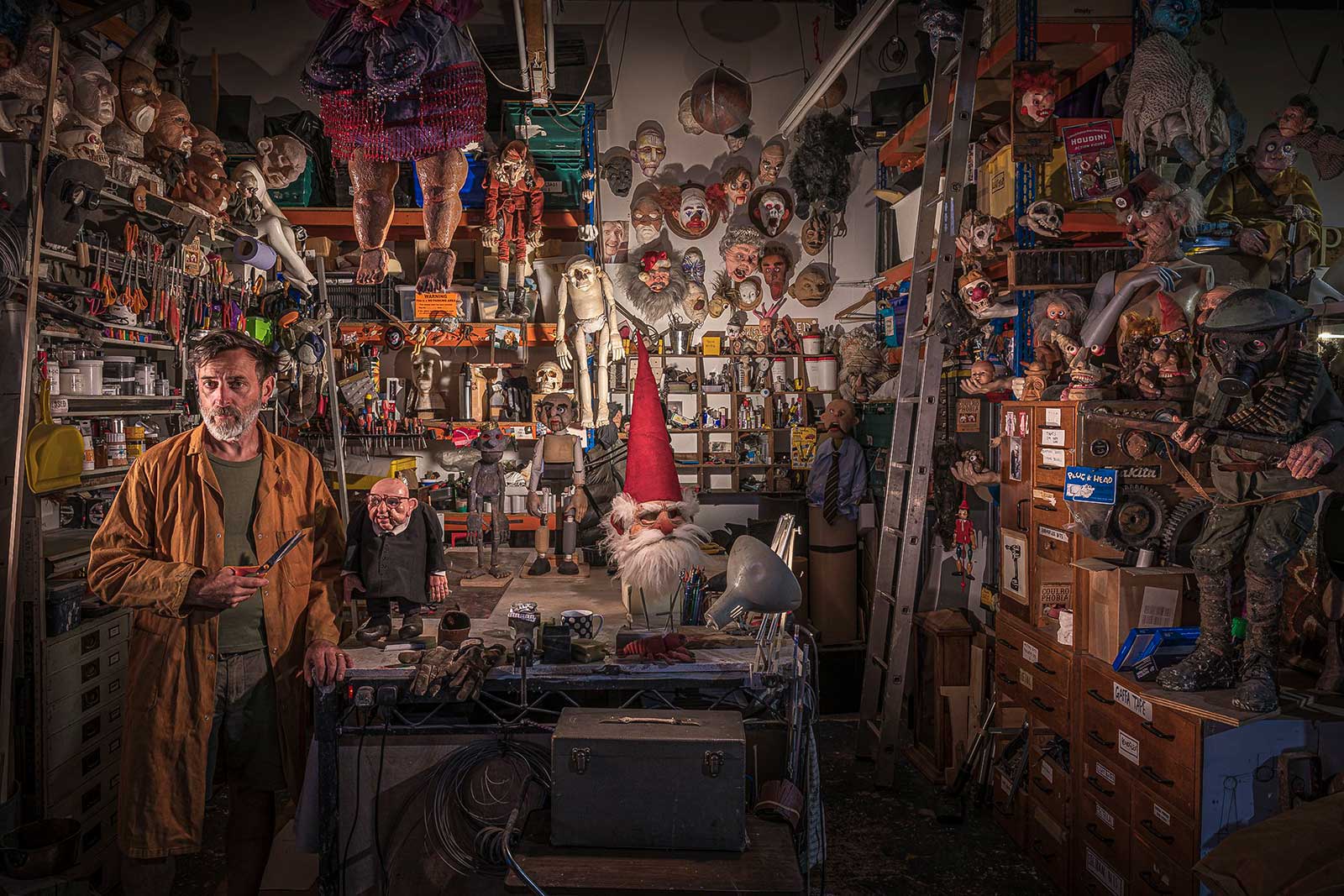 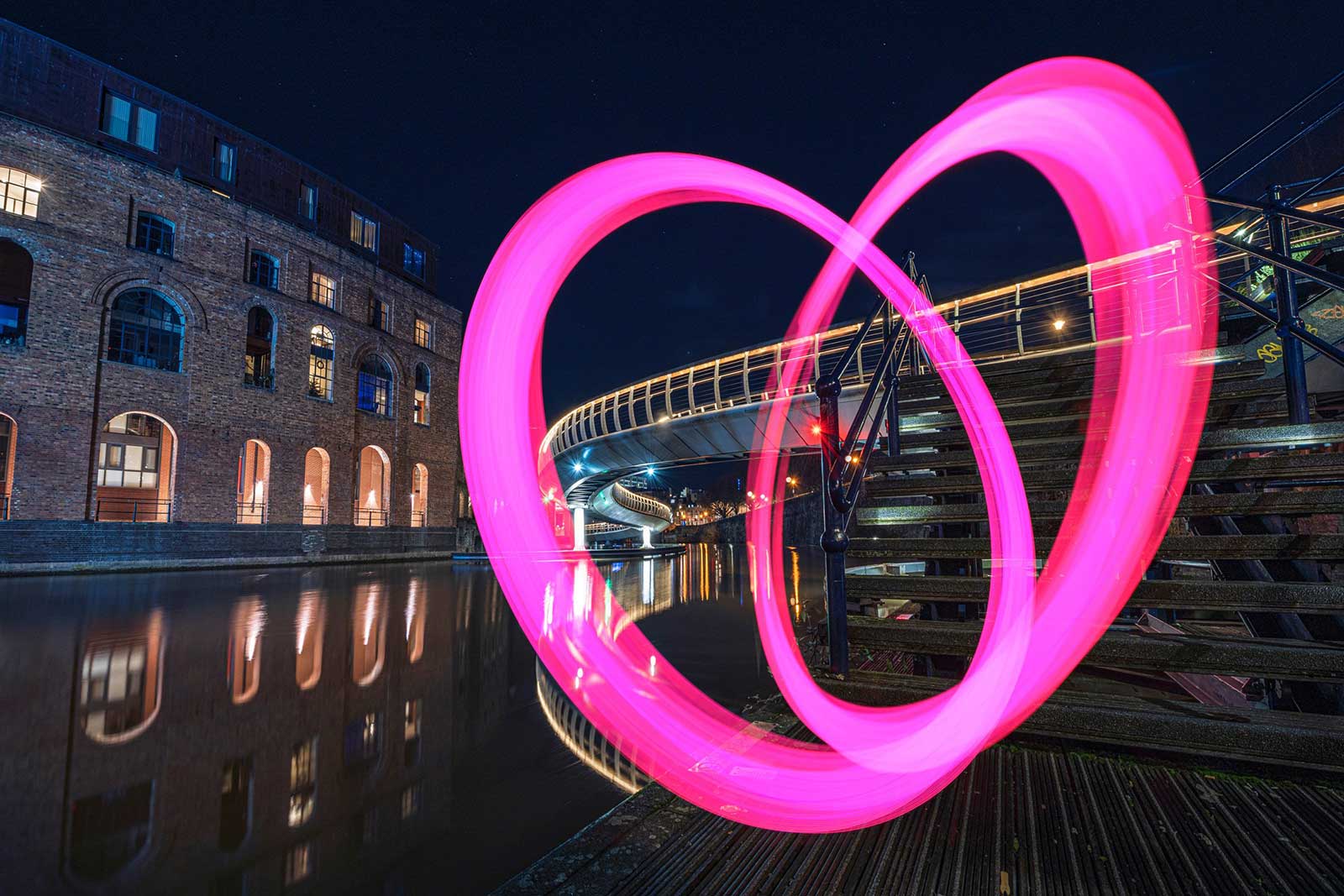 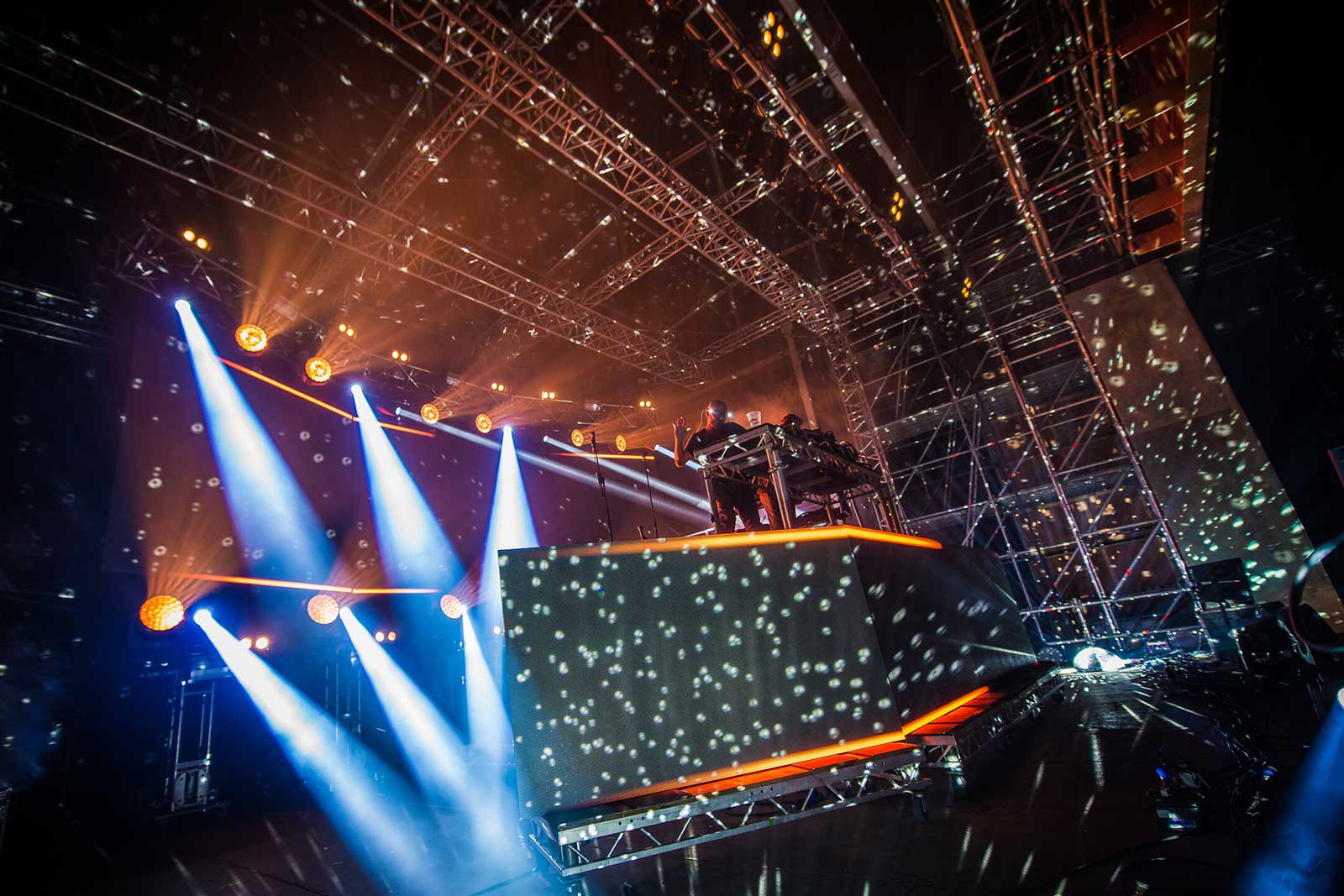 Reflecting the city’s engaging vibrancy and creativity with collaborators like André, 2022’s Bristol Light Festival comes as Bristol City Centre BID combines its efforts with Redcliffe & Temple BID, Arts Council England and the Bristol Council-funded City Centre & High Streets Recovery and Renewal programme, reminding the people of Bristol and the South West just how full of life the city is. 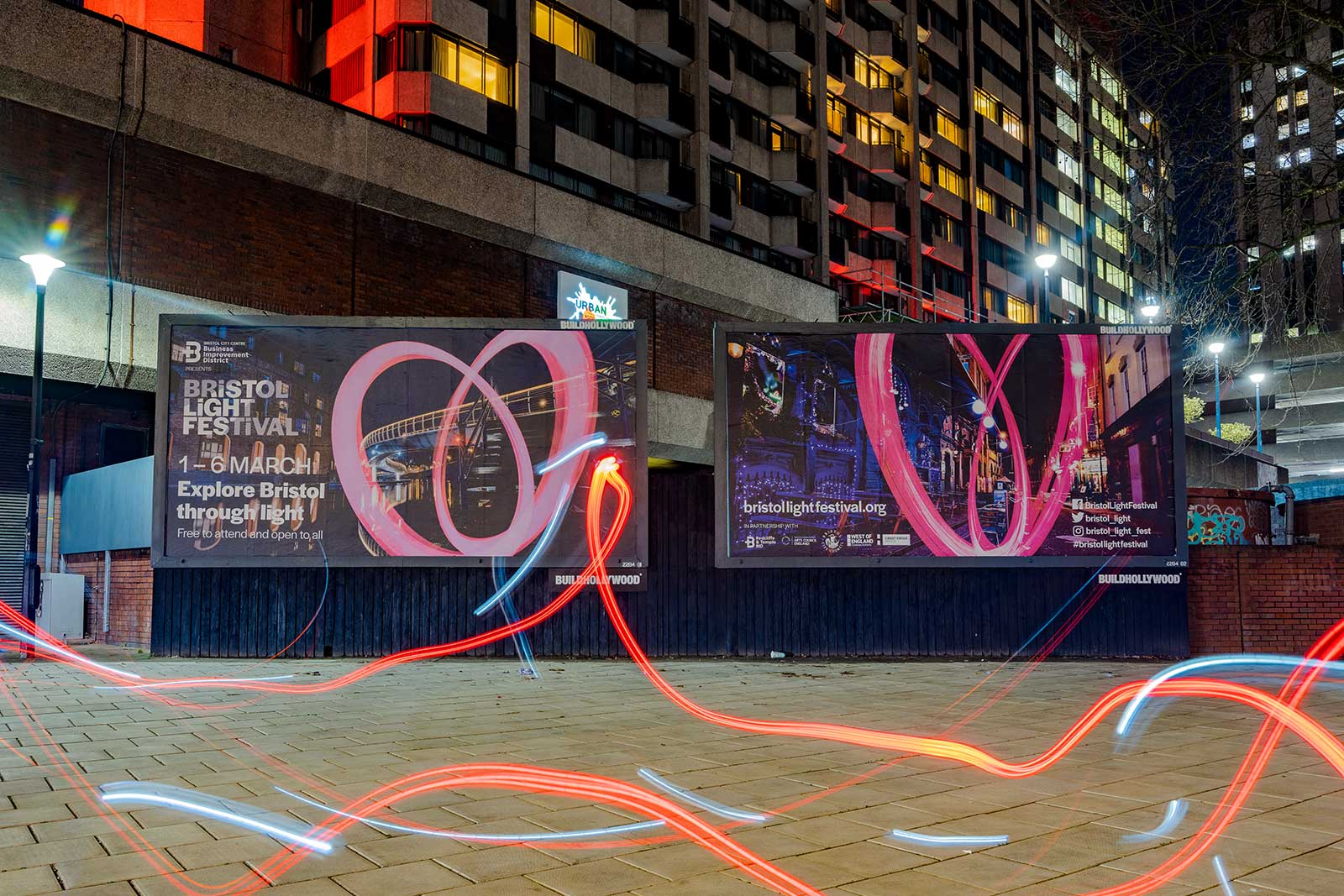 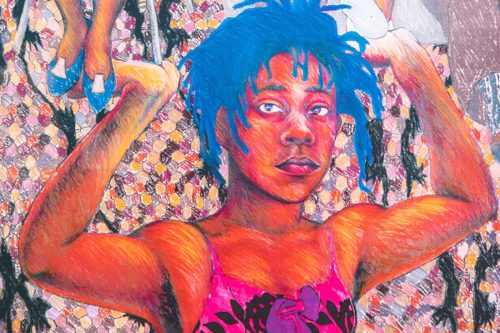