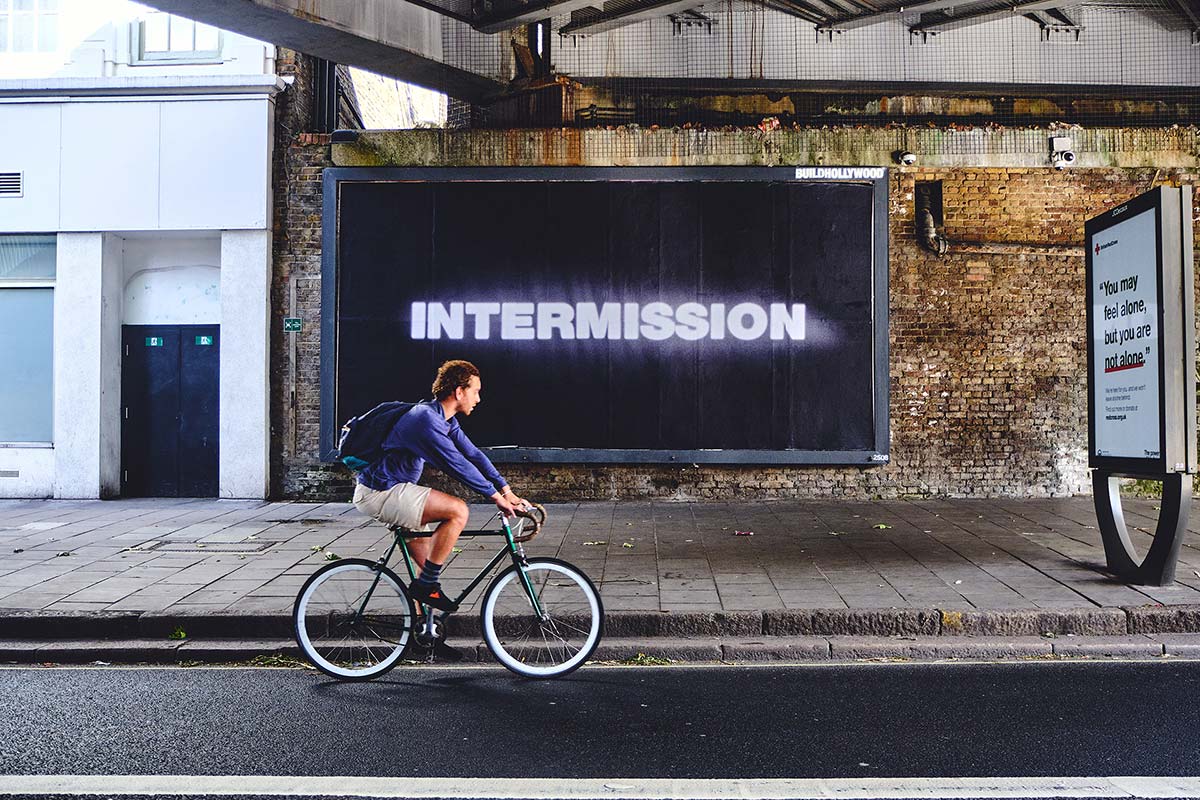 Fiona Banner aka The Vanity Press

Fiona Banner has a way with words. And war films. The highly regarded UK artist first came to public notice in the 90s with her THE NAM ‘wordscapes’: meticulously detailed descriptions of six Vietnam war films produced as cinema screen sized ‘word canvases’ and a 1000 page book.

Prose can seem transparent. While reading we discern ideas, feelings, scenarios but this act of decoding passes over or through the words so that once meanings have been gleaned the words evaporate. In Banner’s hands words, letters, even for single punctuation marks, it’s the physical form and material qualities that are bought to the fore.

In Buoys Boys (2016) the artist took full stops from five different typefaces and made them into large helium filled inflatables that bobbed around in the sky above the De La Warr Pavilion in Bexhill-on-Sea. For another work Banner spent nearly 20 years collecting the entire back catalogue of Jane’s All The World’s Aircraft books. Titled 1909 – 2011, she displays the annuals as a four-metre tall stack. Transformed into a sculpture, all the detailed description and seductive design pertaining to more than a century of aviation is hidden from sight. Denied the geeky info and sexy pics we are encouraged instead to arrive at a more complex, ethical considerations as to the subject of planes and human flight.

The artist’s Your Space Or Mine collaboration with the BUILDHOLLYWOOD family picks up on a project with a long history. During lockdown Banner started producing stark black flags bearing the single word ‘Intermission’ which she presented throughout the deserted city streets. This has now evolved into a national multi-site poster campaign. A kickback against the deceptive and seductive power of images, the glaring single word interventions punctuate the urban environment. They are arrant demands we pause and acknowledge the epic and everyday sacrifices made during this pandemic interlude, yes, but also to recognise affirmative sides to the social, economic and political impacts of Covid-19. According to Banner the enforced intermission from capitalism affords an opportunity we really should not “piss it away”, instead it’s time to rethink, recalibrate our addiction to consumer culture.

Whatever form they take, from the obsessively studious to playfully absurd, corporeally salacious to surreal, experimental and shocking – In 2010 the artist suspended a decommissioned Sea Harrier fighter jet vertically from the ceiling of the neoclassical Tate Britain Duveen Gallery – Banner’s works invite viewers to reconsider their orientation towards the world of language and objects. To question the ways we read and reflect on existence. To think and act afresh. 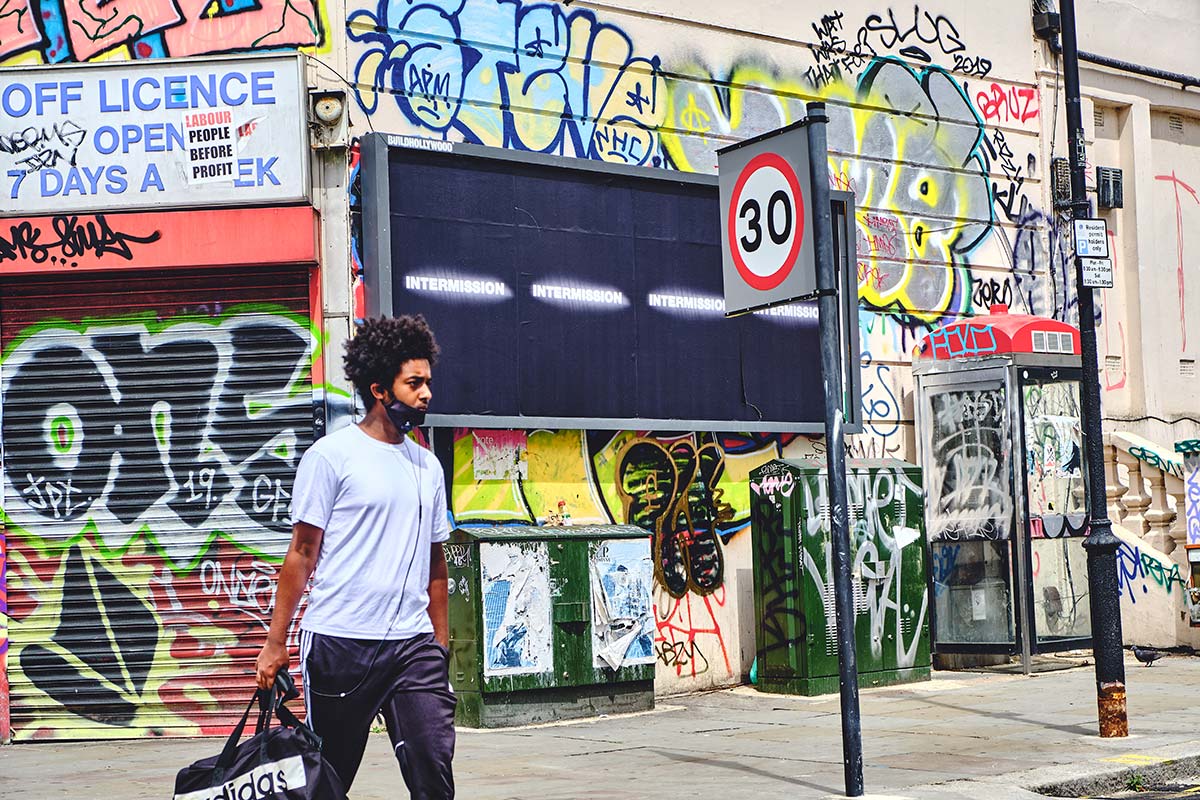 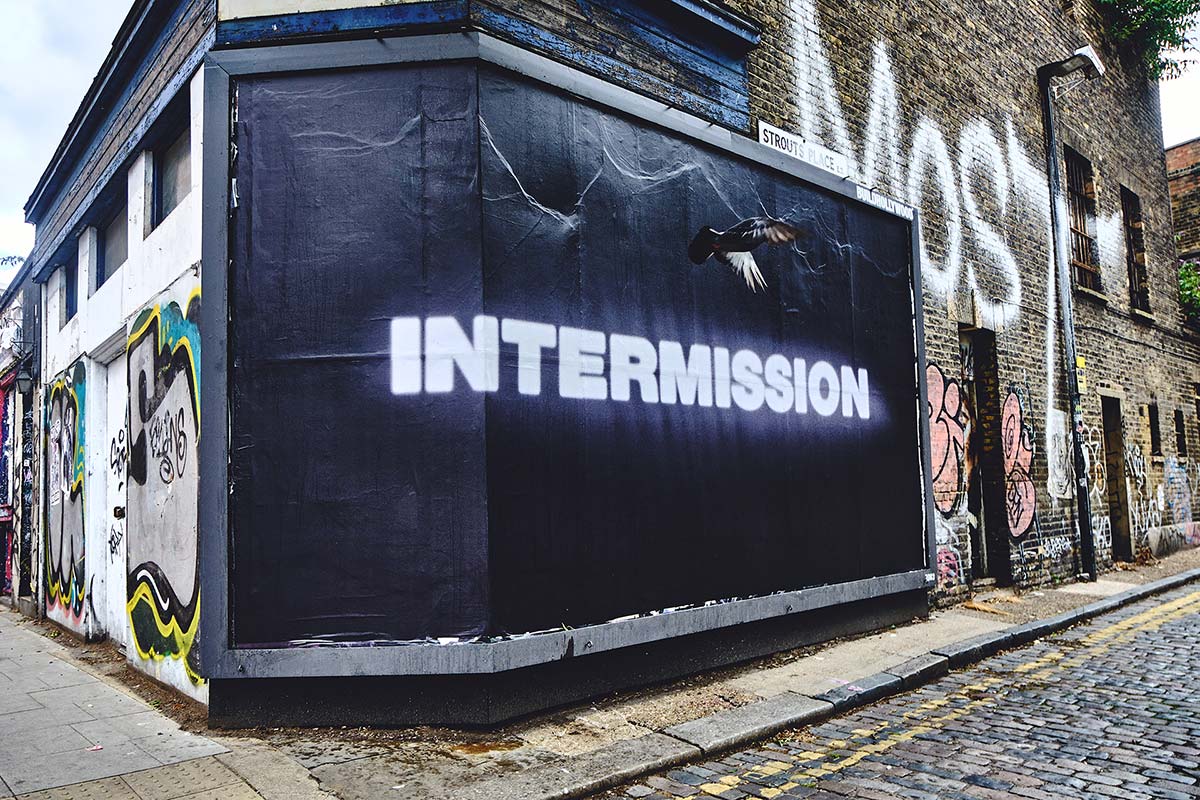 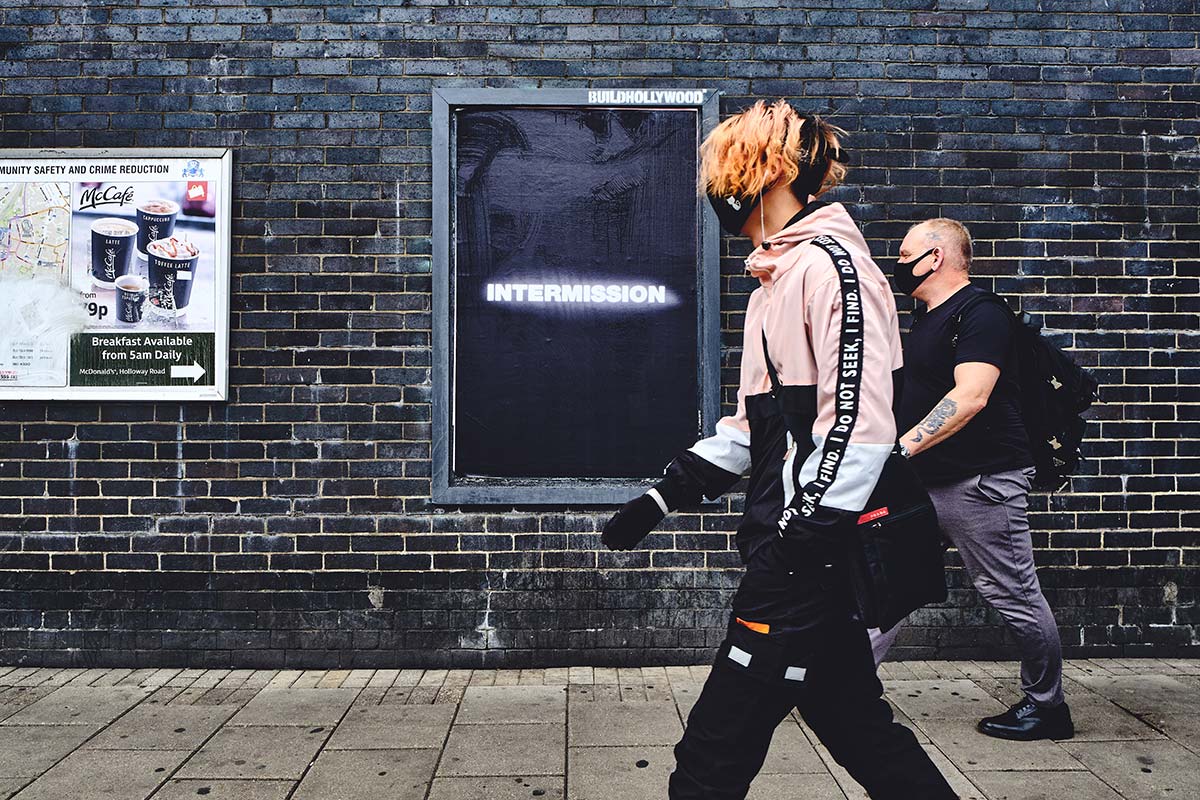 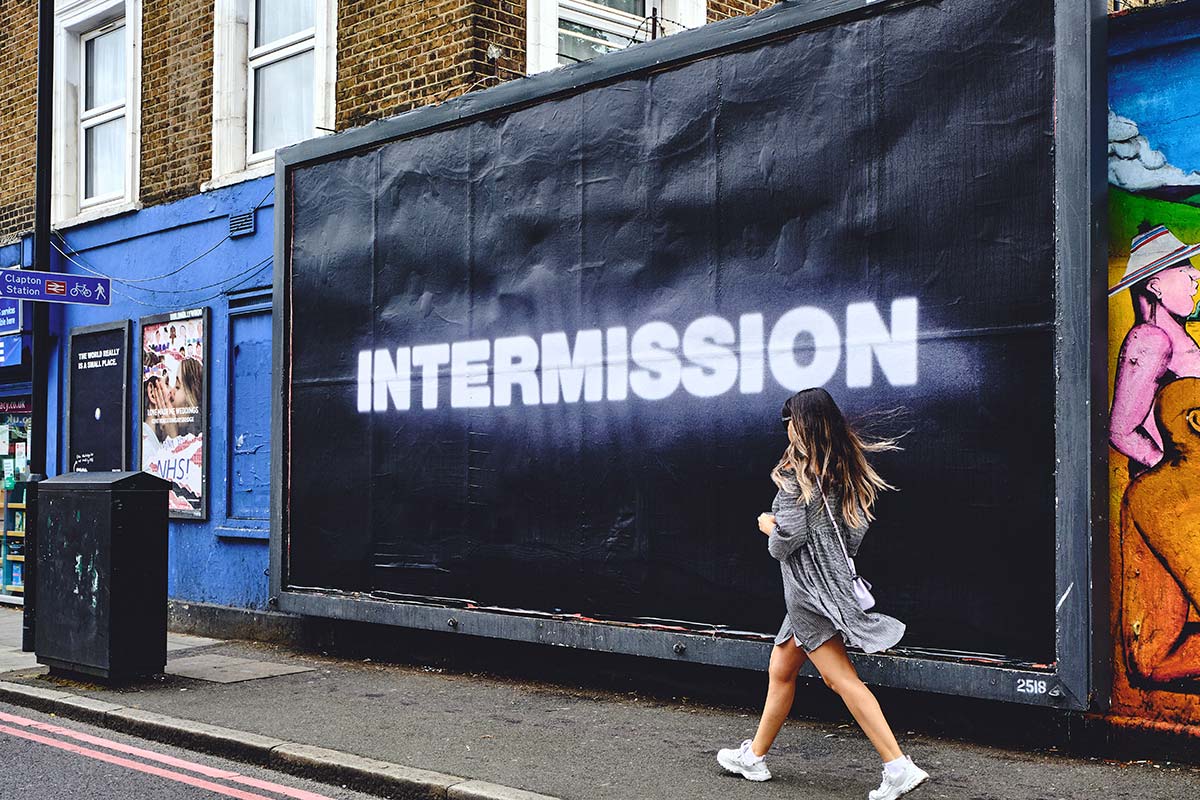 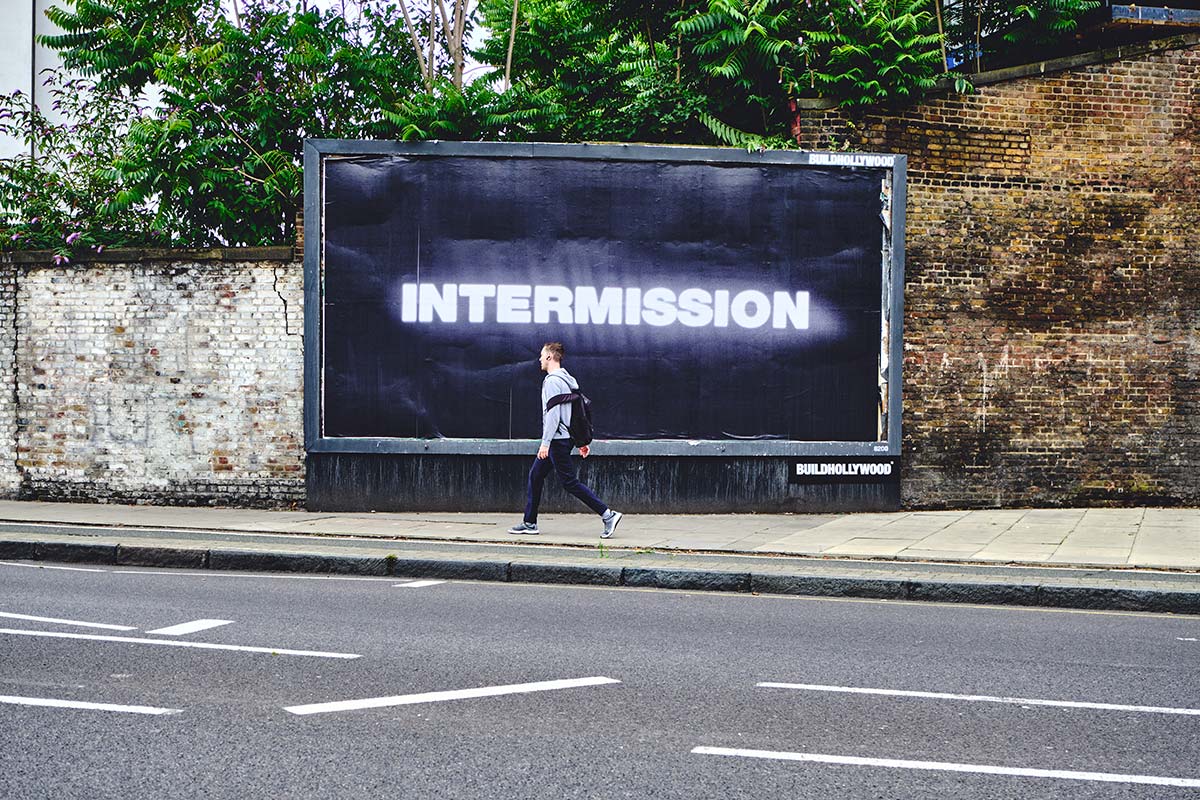 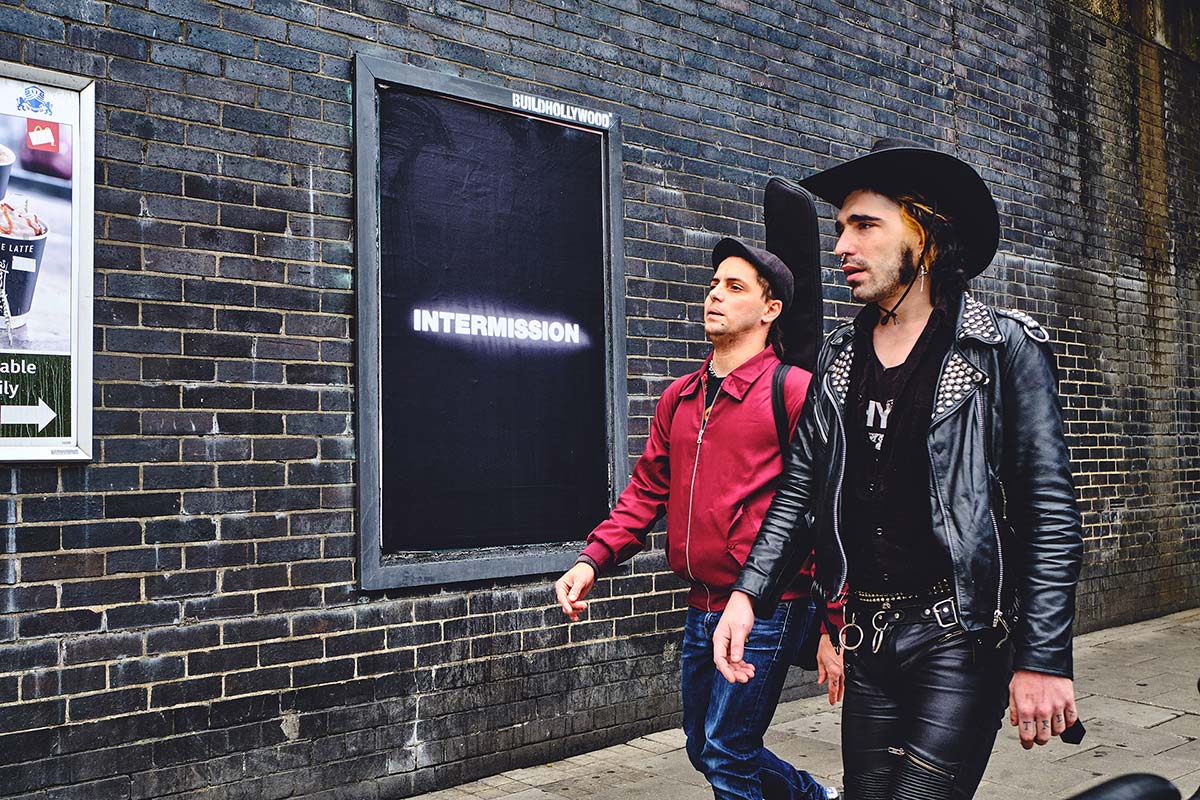 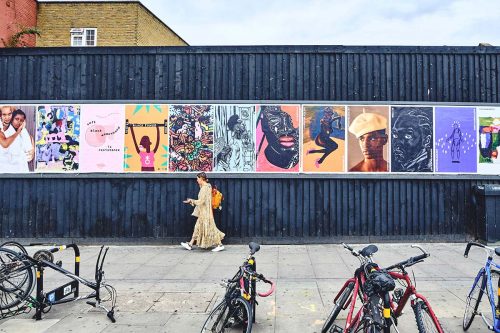 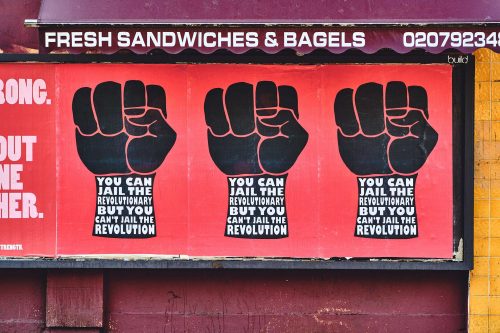