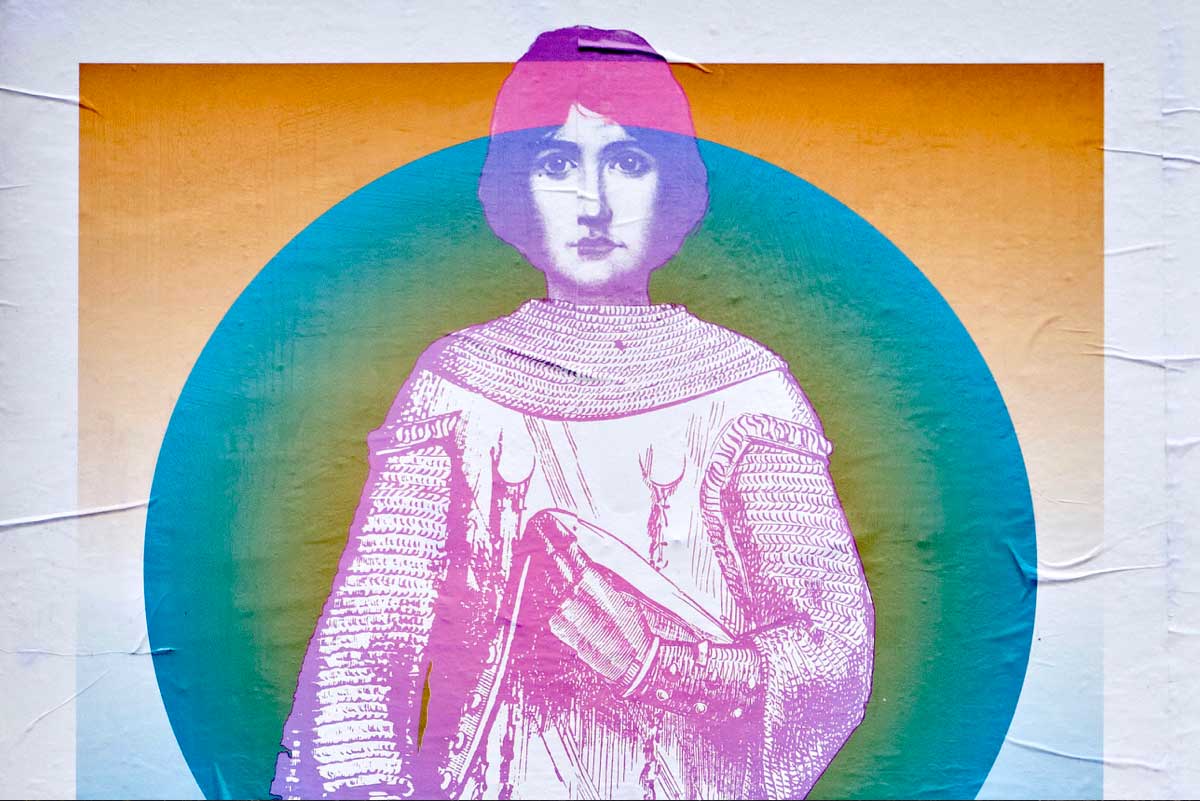 While the dreaded ‘rona might have made wooden soldiers of some, Cornershop’s superb ‘England is a Garden’ – released 6th March 2020 on the eve of UK’s first lockdown – has afforded rockin’ solace aplenty this year.

The first studio album in eight years Tjinder Singh and Ben Ayres said they knew they were onto something special when Rolling Stone writer David Fricke – having already supplied the sleeve notes – asked for more time, “to do the album justice.” The hunch proved right as the disc later went on to feature in 2020’s album of the year recommendations in Mojo, BBC Radio 6 Music, Uncut, Record Collector, Shindig! and more.

BUILDHOLLYWOOD were, of course, on board for the original poster campaign back in March. Singh explains that the artwork – featuring an androgynous warrior/saint-like character – was designed by long-time Cornershop friend and collaborator Nick Edwards. “…It’s certainly part of the charm of the album, we thought it was different and striking enough to make a great street poster. The image provokes questions, like the album title itself.”

Singh went on to observe, “One positive thing about the enforced isolation so many endured was that more and more people got to listen to the record and the albums upbeat nature helped people stay positive.” It is a brilliant, multi-layered listen. Full of thoughtful lyric provocations and their characteristic synthesis of instruments and broad musical influences while at the same time it’s unabashedly dancey and fun with earworms to spare. 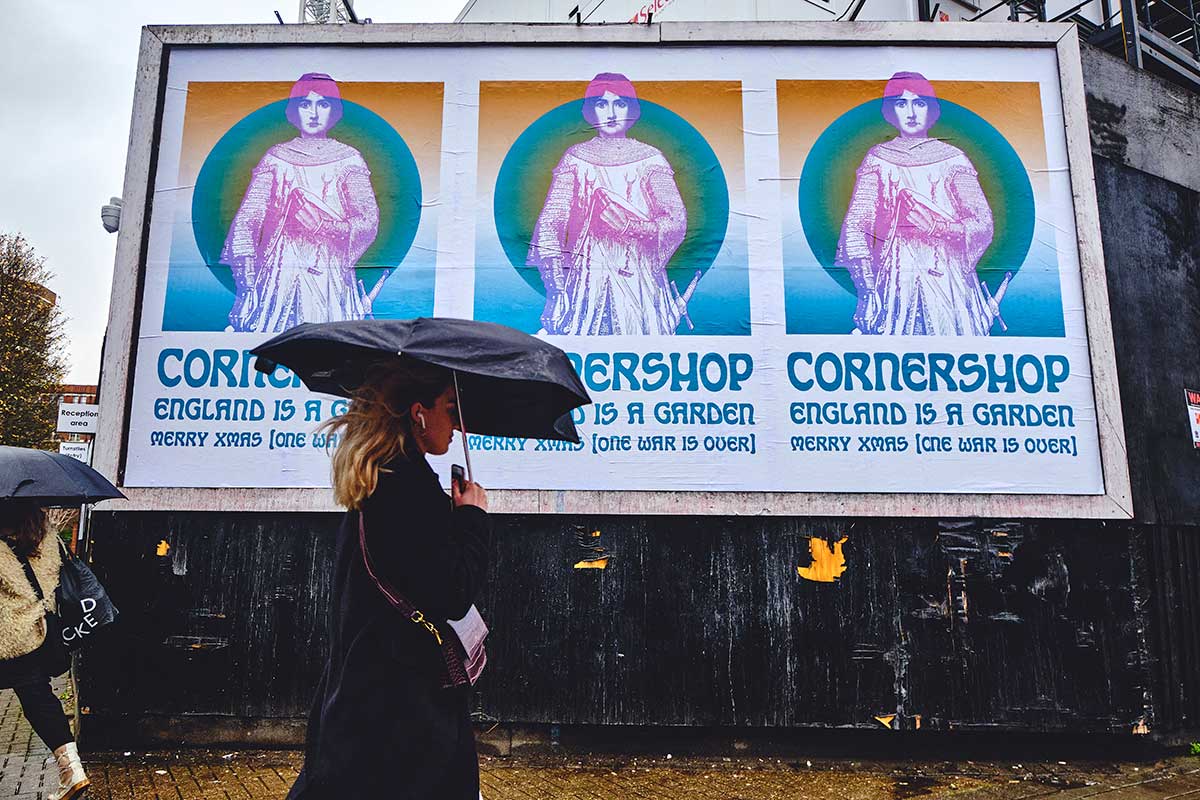 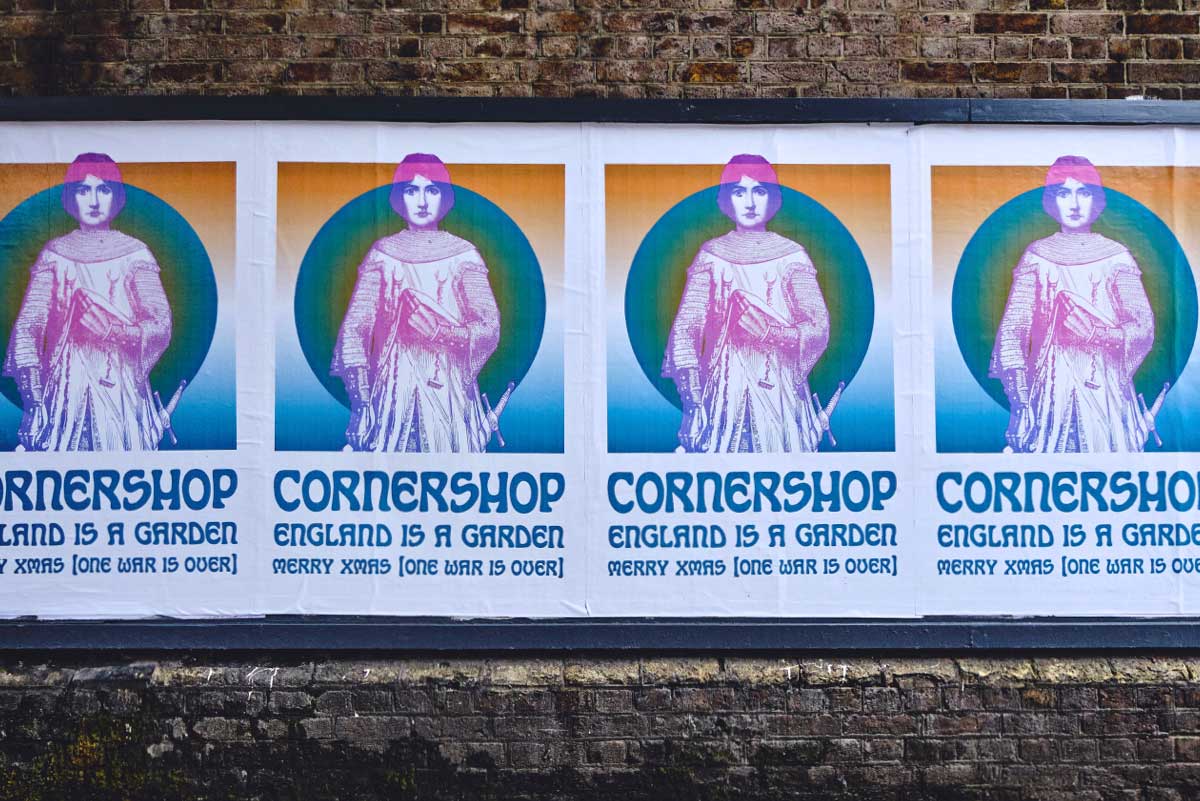 Fast forward a few months – if only that had been an option this year! – and the original crusader artwork got a festive green and cream neon revamp. Another element that Singh wanted to feature in this current Cornershop collaboration with Build Hollywood’s Your Space Or Mine outing is a reference to the 30th anniversary of John Lennon’s death. Hence the tagline ‘Happy Xmas (One War Is Over)’.

True to form, it’s an enigmatically guarded message. “We thought it’d make people think a bit – What is the one war that’s over? – Trump losing the US election? Maybe for some foolhardy idiots it’s getting Brexit finally done? Or, from the band’s perspective, perhaps Cornershop has won the war against being in the wilderness for so long.”

Either way it’s great to be partnering with such exceptional musicians. And a pleasure to give another push on the street for a record that in David Fricke’s words is, “A Stones-gone-Purple riff forged in up-to-the-minute desperation and an empowering memory of the heavy music that soundtracked Midlands life when Singh and Ayres first connected at college in Preston, Lancashire.” 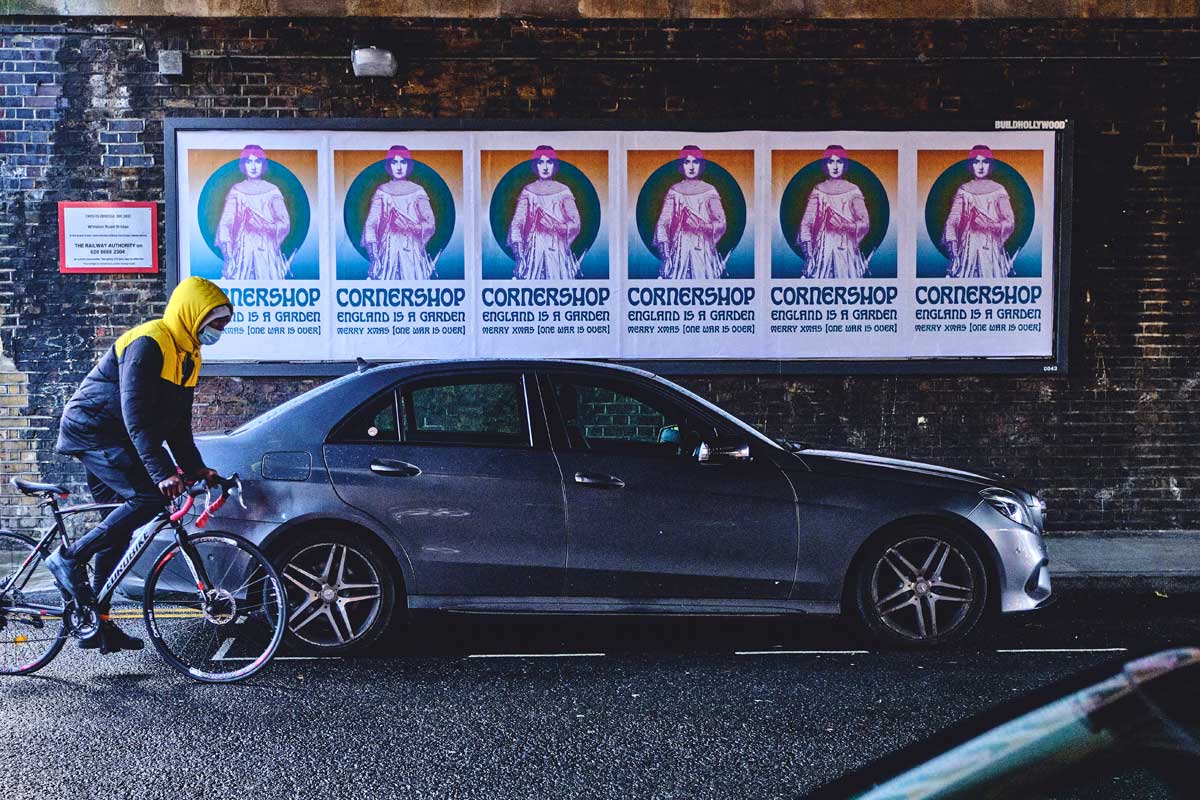 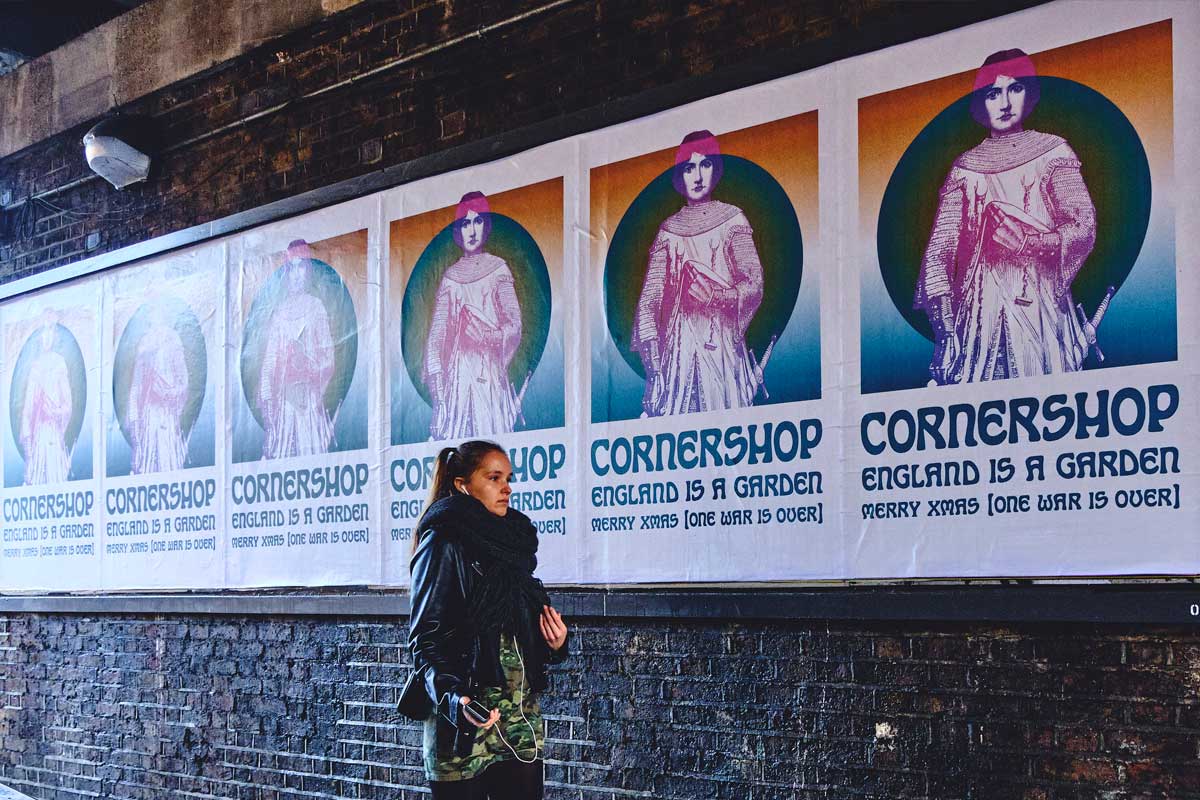 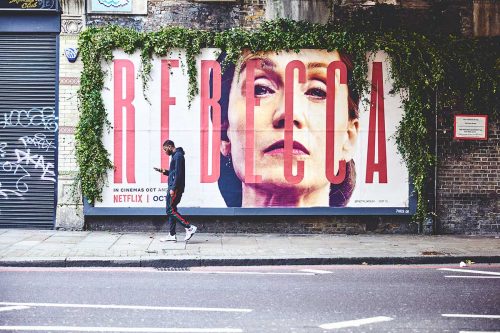 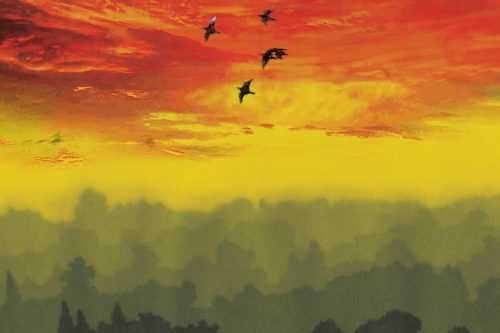