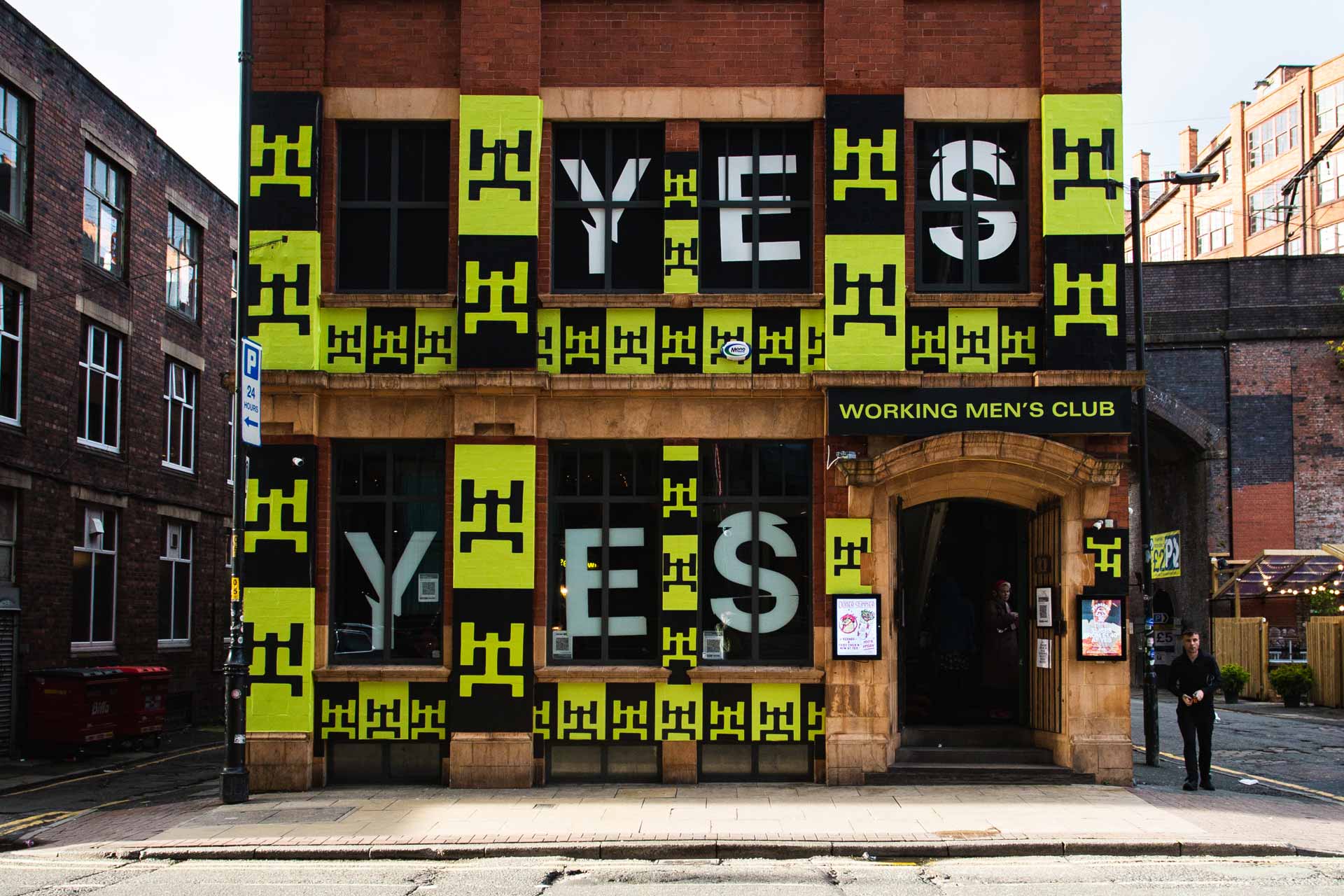 WMC headed to YES for their first live gig in 6 months, to mark the anticipated event we transformed the exterior of the venue with a with a vibrant building wrap and custom-made front door sign, influenced by the famous Salford Lads Club sign.⁠

We created a bespoke building dressing that transformed the Manchester red brick façade.  Using paper and paste the building was transformed with album artwork designs in neon and black – and removed with ease after their three sold out, socially distanced shows were complete.

The simple act of transforming the venue exterior created a huge buzz and elevated the anticipated gig to new heights – The sky really is the limit with posters. 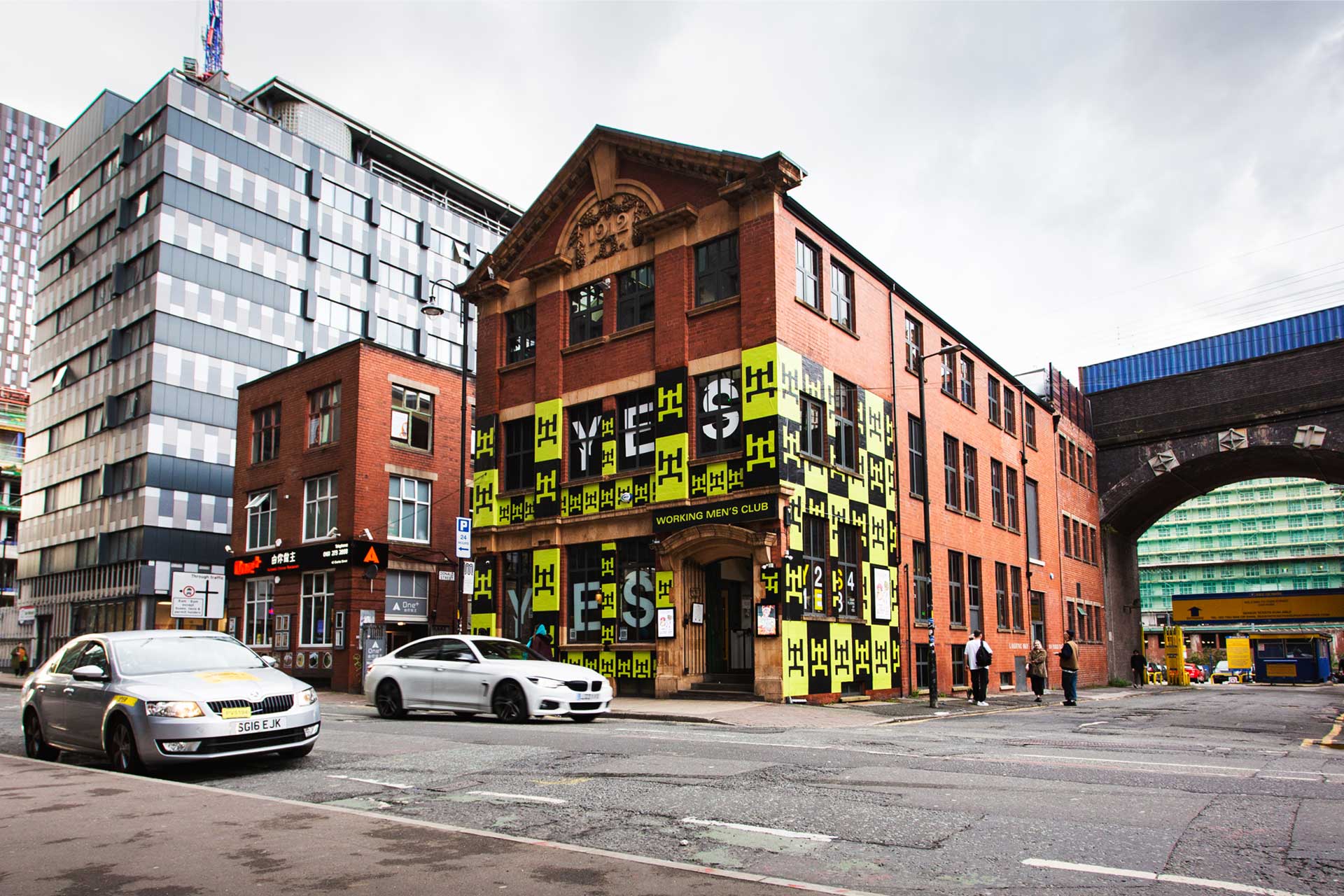 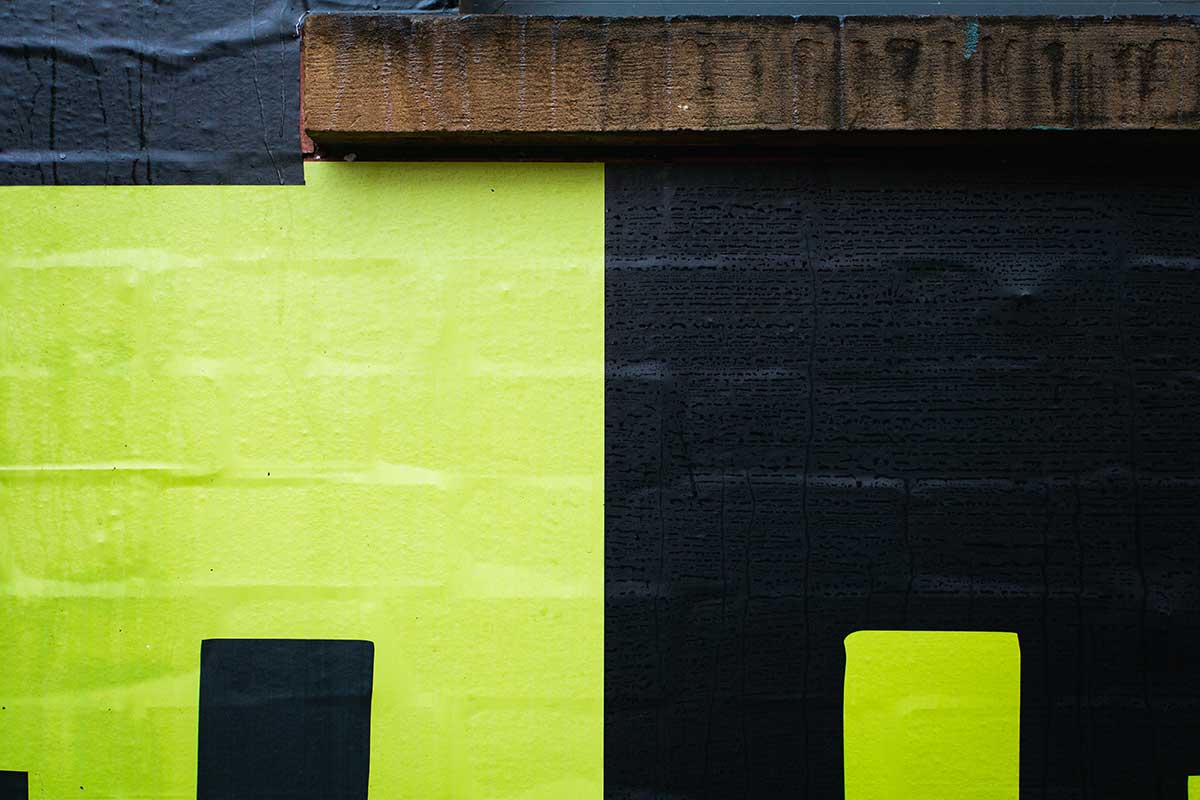 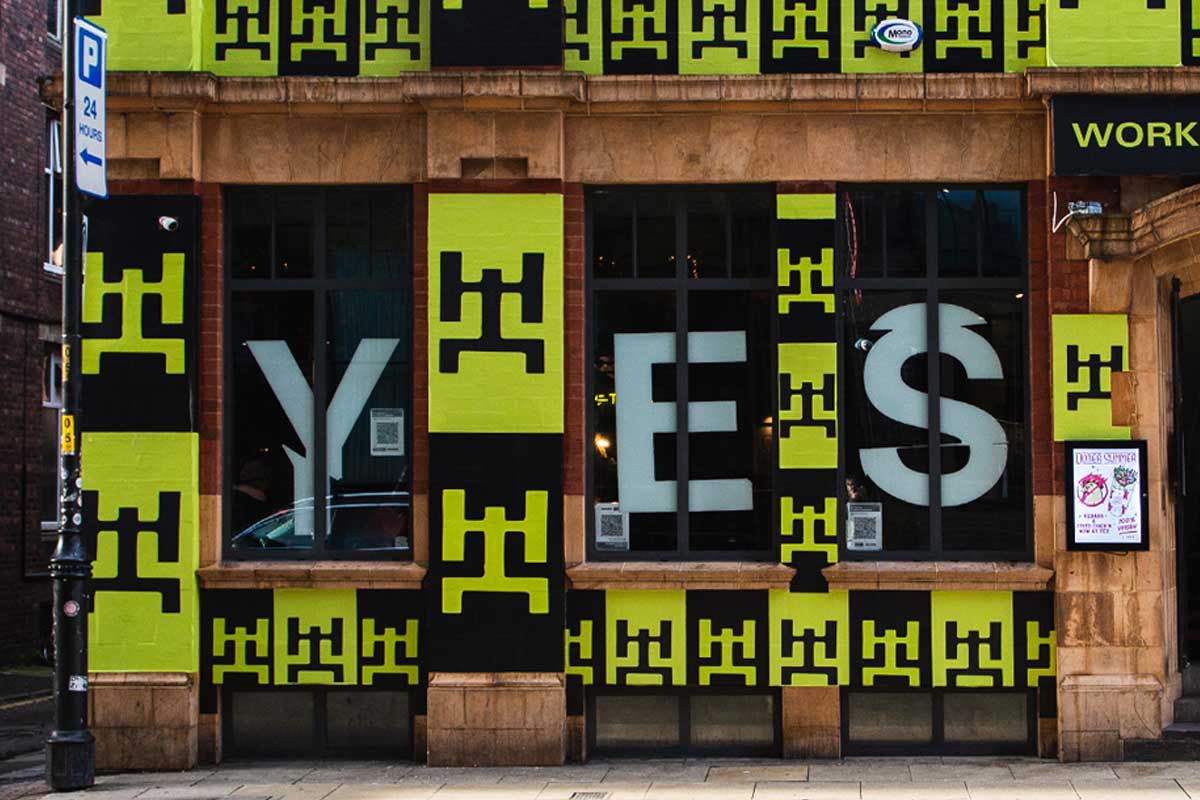 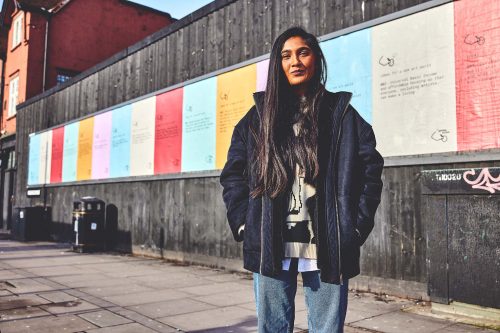 The White Pube: Ideas for a new art world 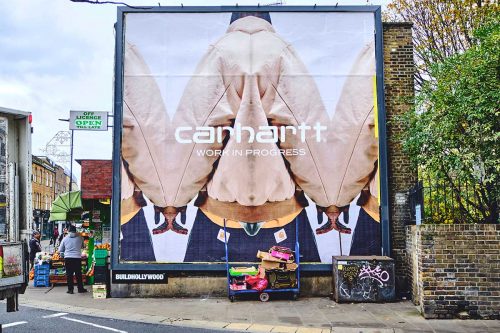