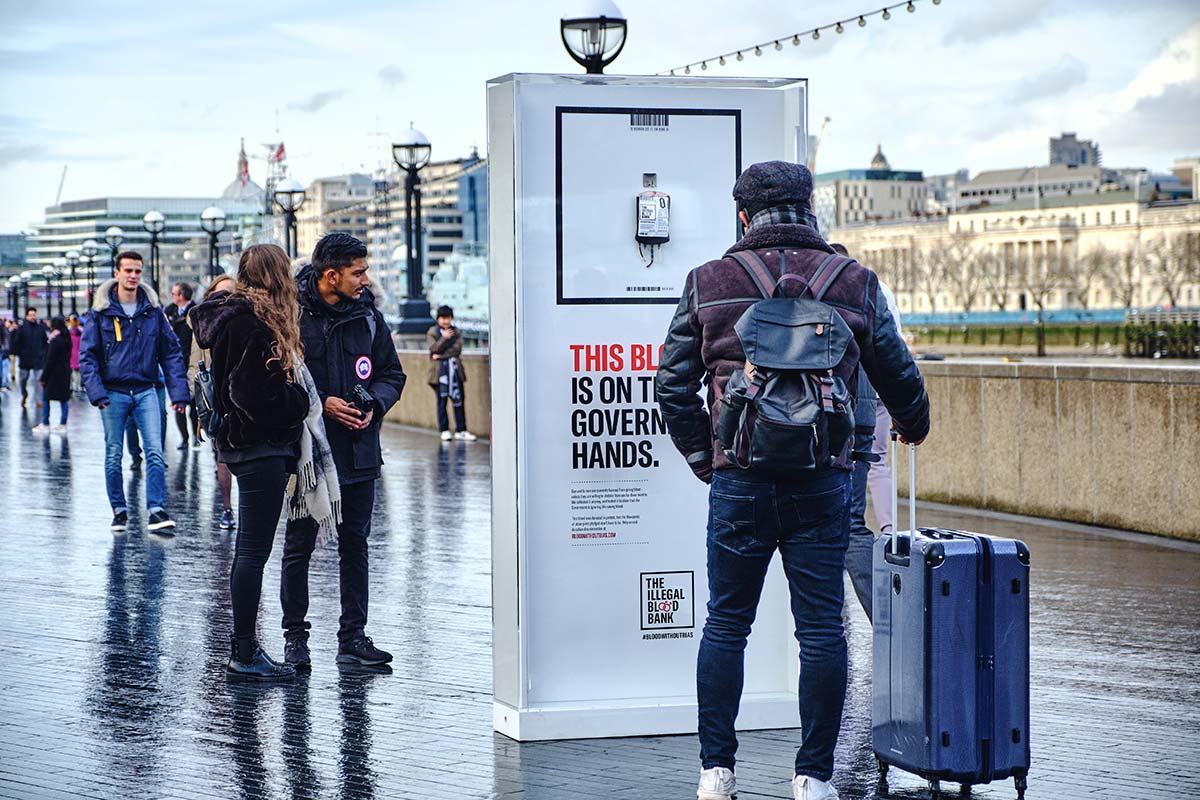 Did you know that sexually active gay and bisexual men are not able to give blood in the UK, even if their blood is totally safe to use? Unilad is campaigning for a fairer system, where everyone is treated the same regardless of their sexual orientation. The campaign is part of their #BloodWithoutBias initiative, in partnership with Freedom To Donate and creative agency ELVIS. To help Unilad spread the message we brought real blood to the streets of London in protest of the UK’s blood-donation policies. We created an installation containing bags of blood, donated by gay and bisexual men and displayed it at locations around London, including outside parliament and at Piccadilly Circus and Oxford Street. 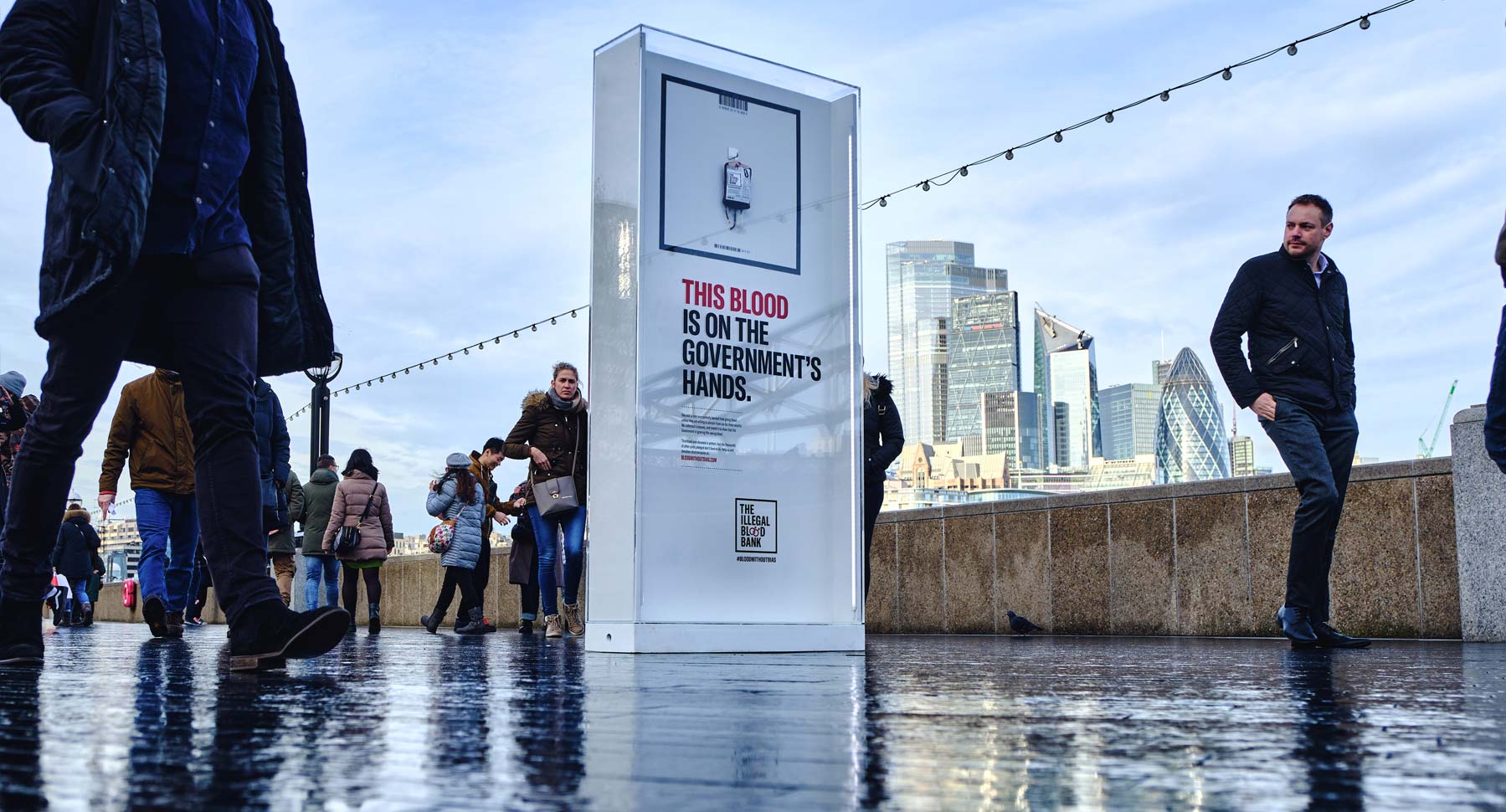 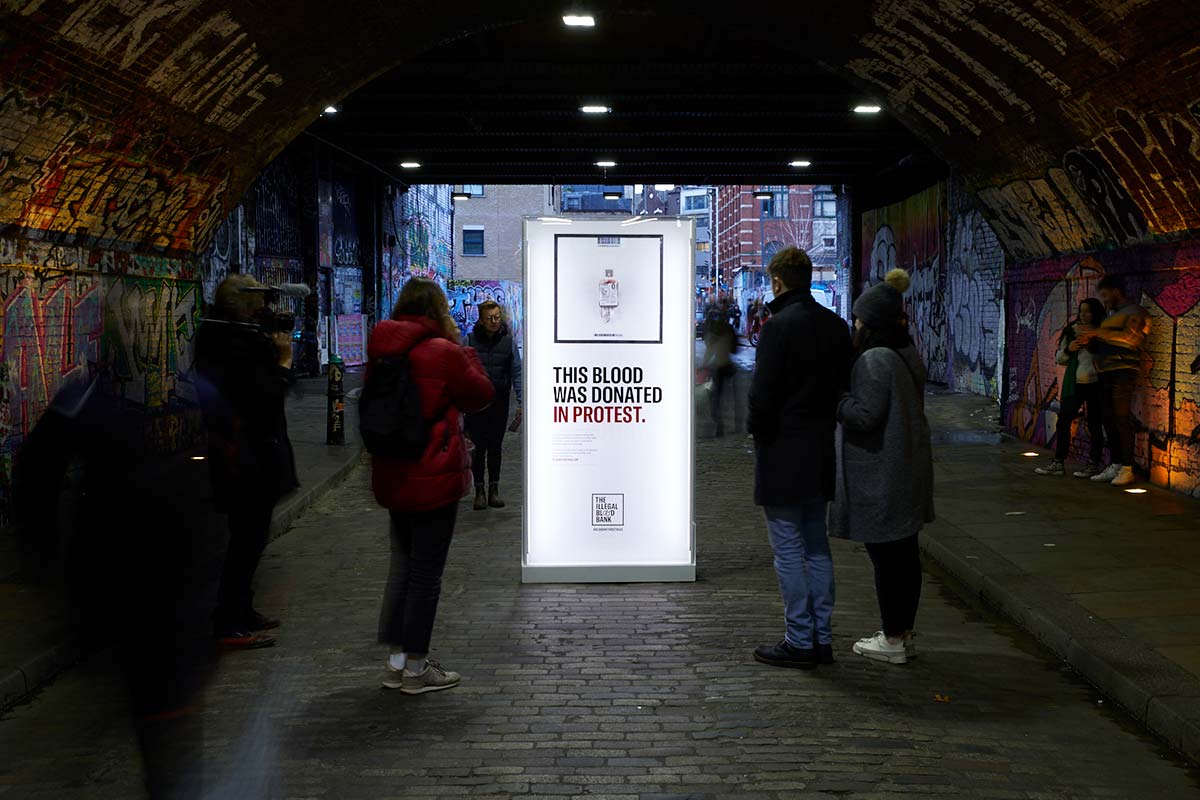 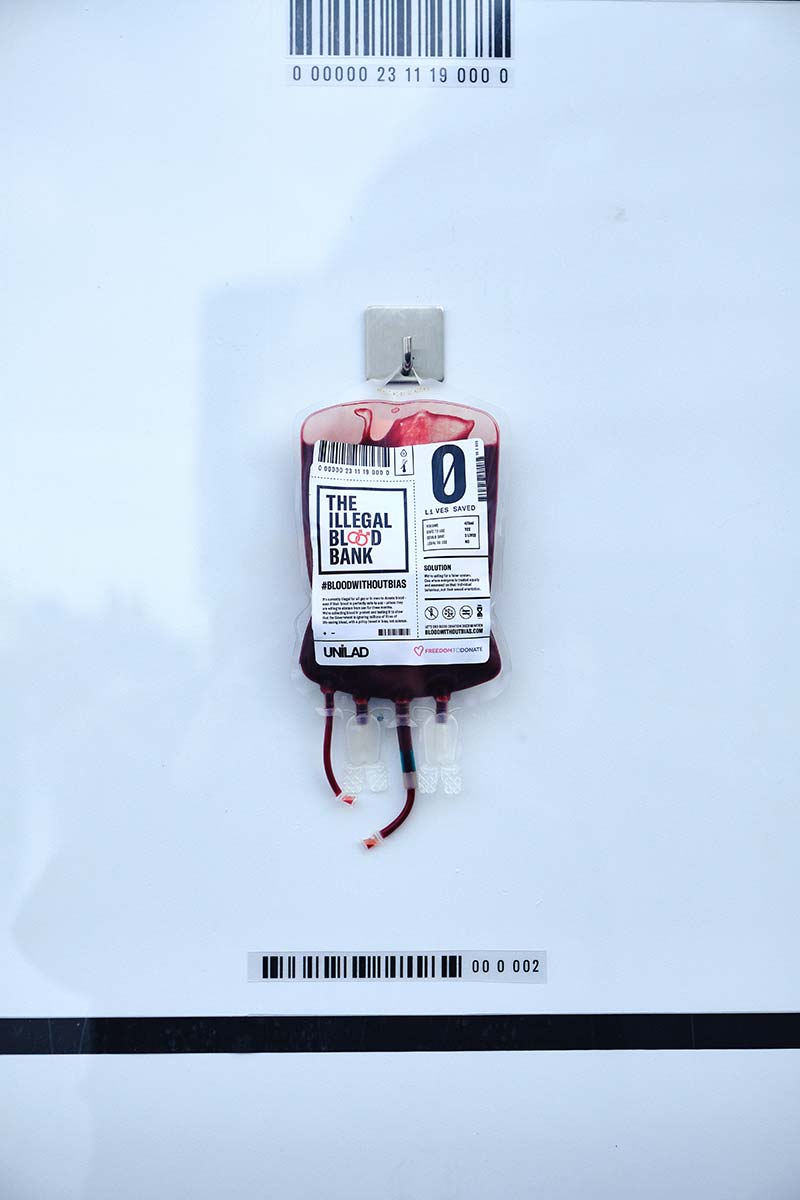 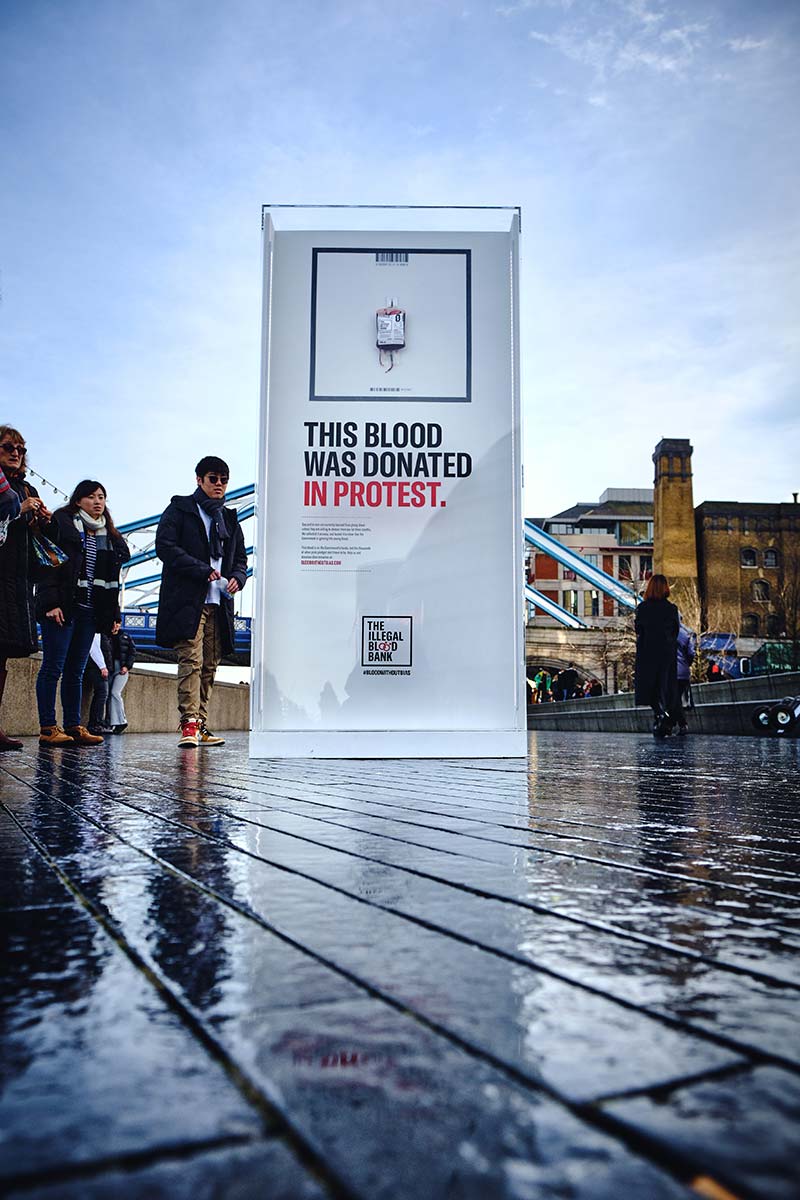 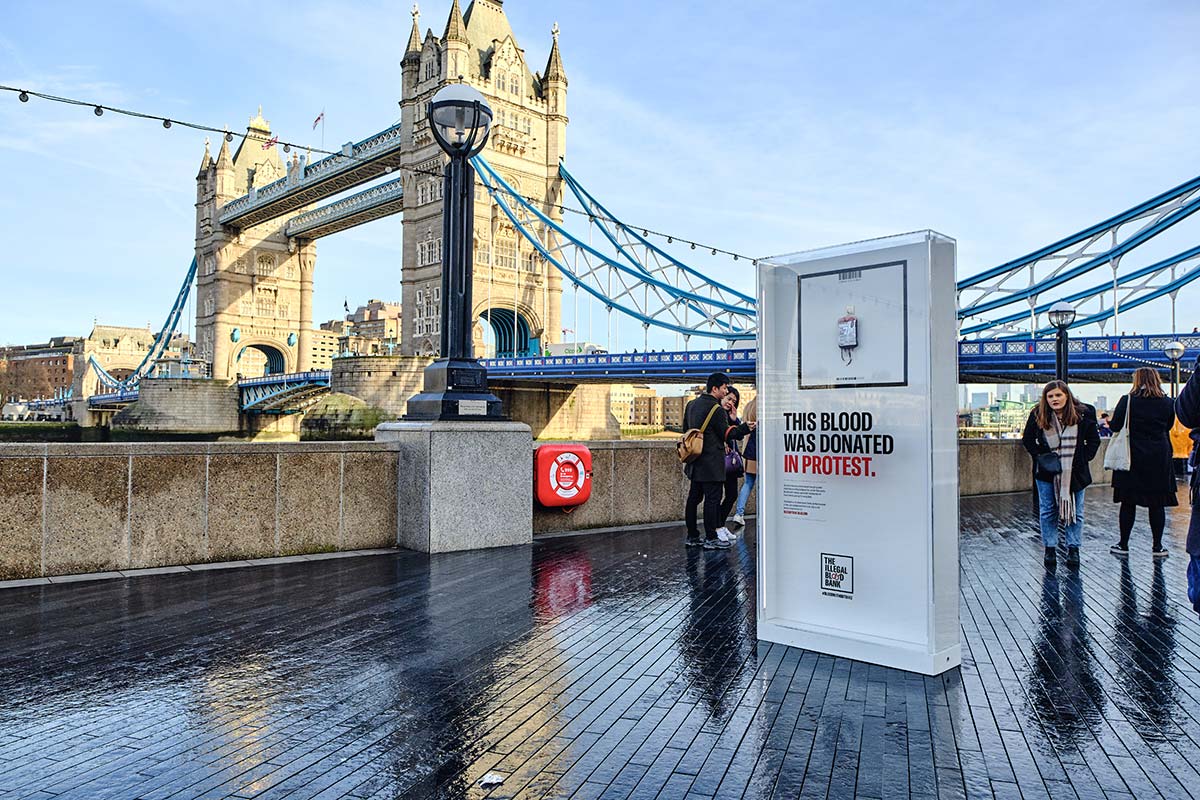 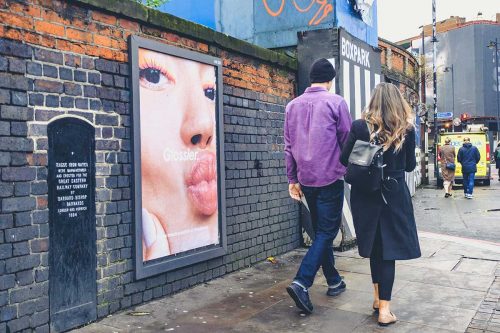 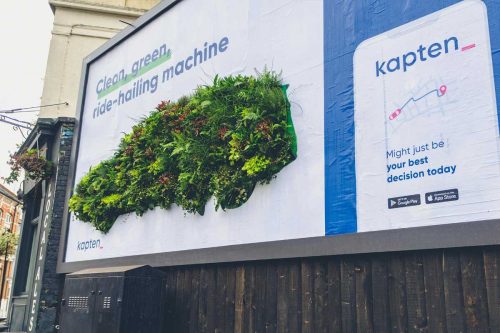