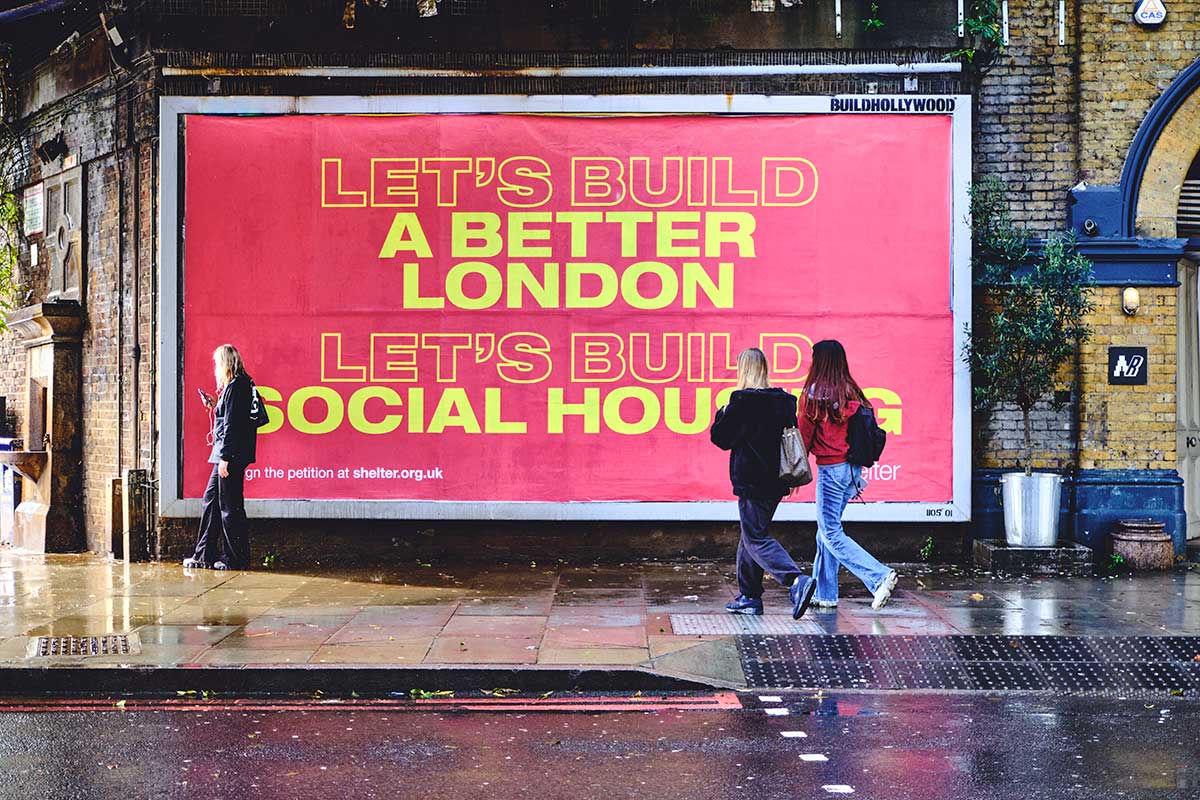 Recent months have been difficult for everyone, and for those living in poverty or in precarious housing situations, the pandemic has pushed them further into a tight situation. Homelessness charity Shelter, who offer advice alongside their work housing people and pushing for fundamental change, have been working to raise awareness around housing issues. For the hundreds of thousands of people in temporary accommodation, social housing has never been more necessary, but only private homes are being built.

The rate of new social housing is currently the lowest it’s been for 40 years, with over a million families on the waiting list. With their latest campaign, Shelter wants to draw attention to the issue, prompting the government to invest. We worked with them on takeovers across London that feature bold red and yellow text alongside real photos of real families, making it impossible for people to ignore the human reality. 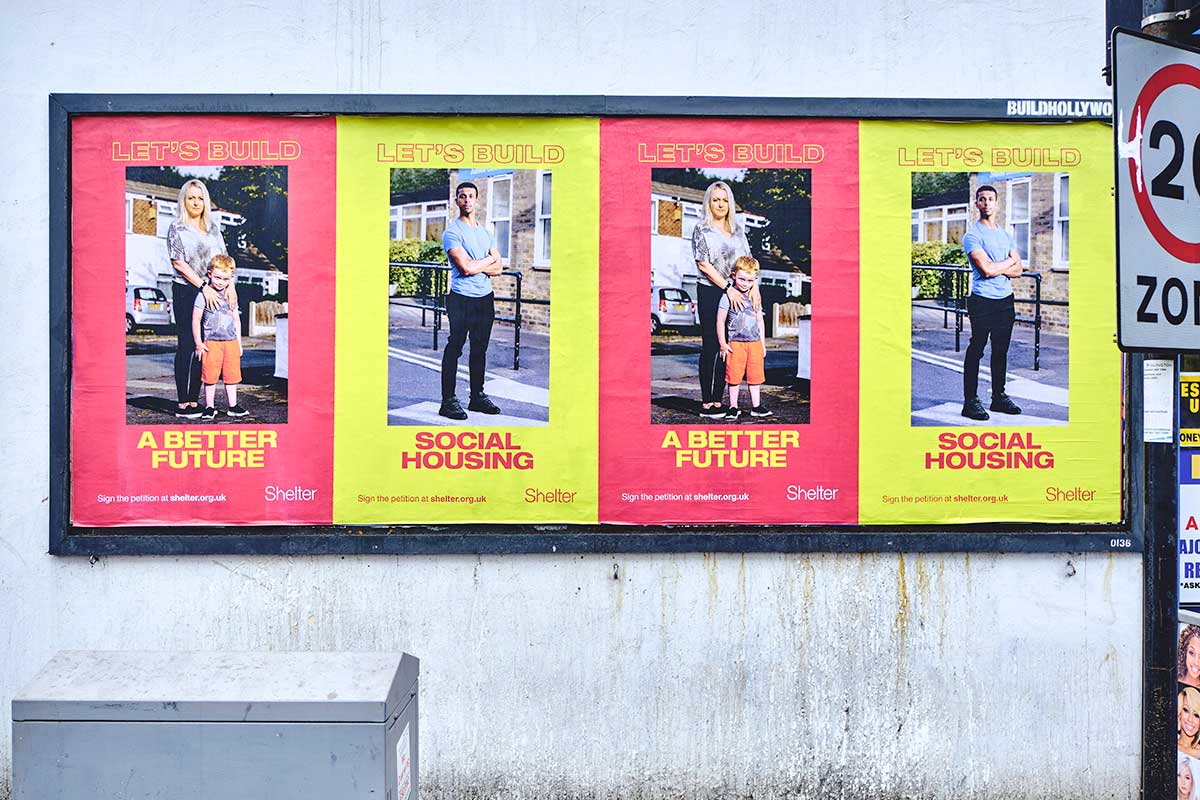 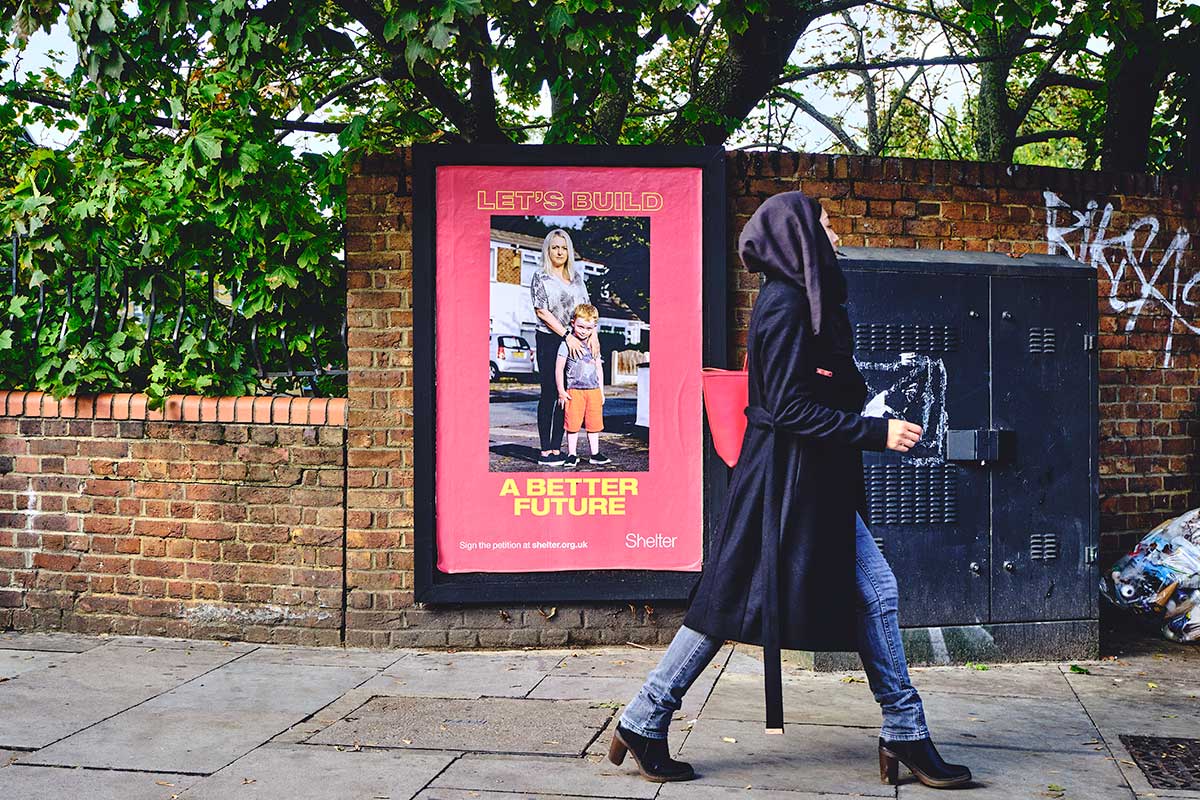 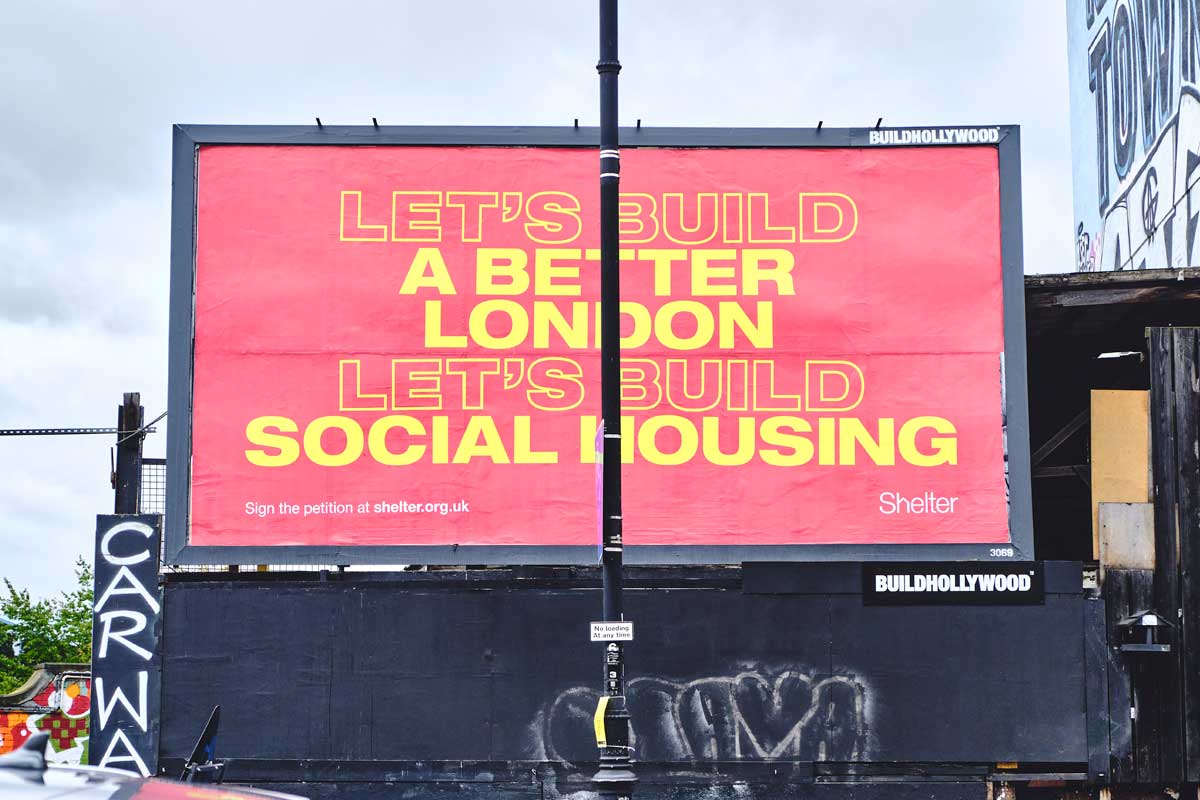 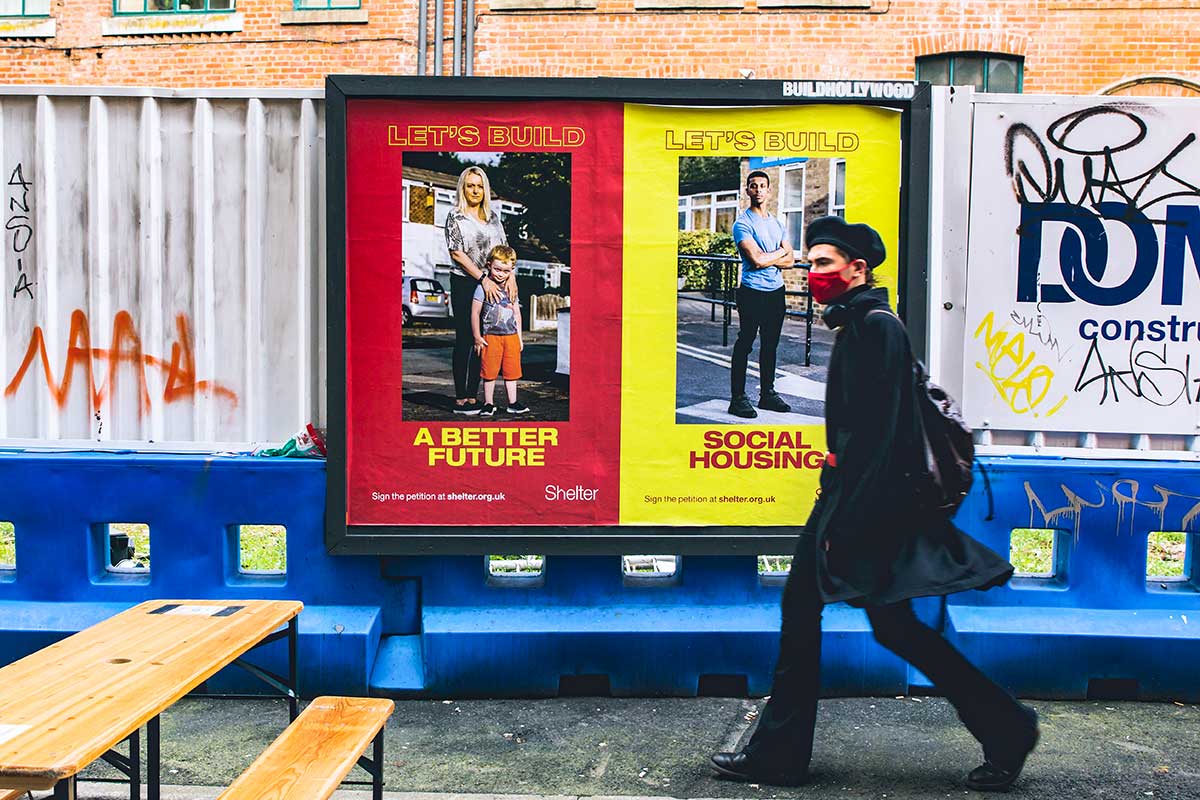 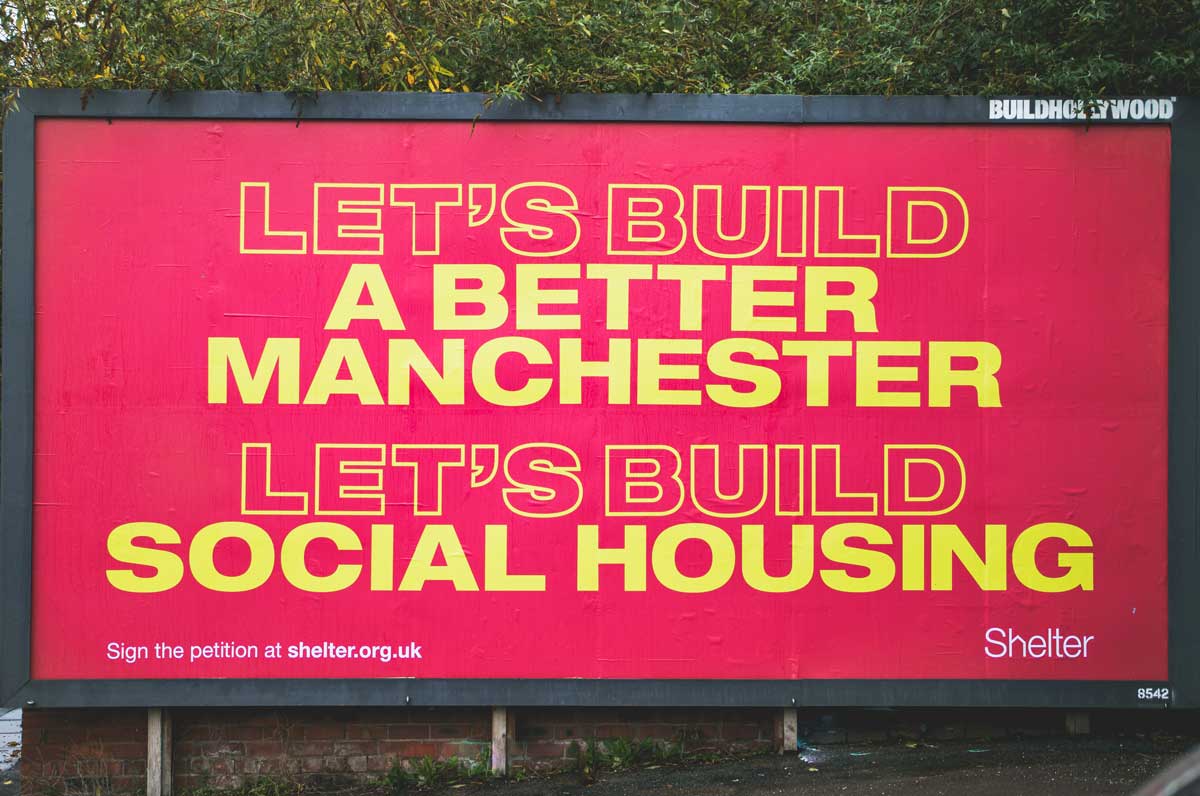 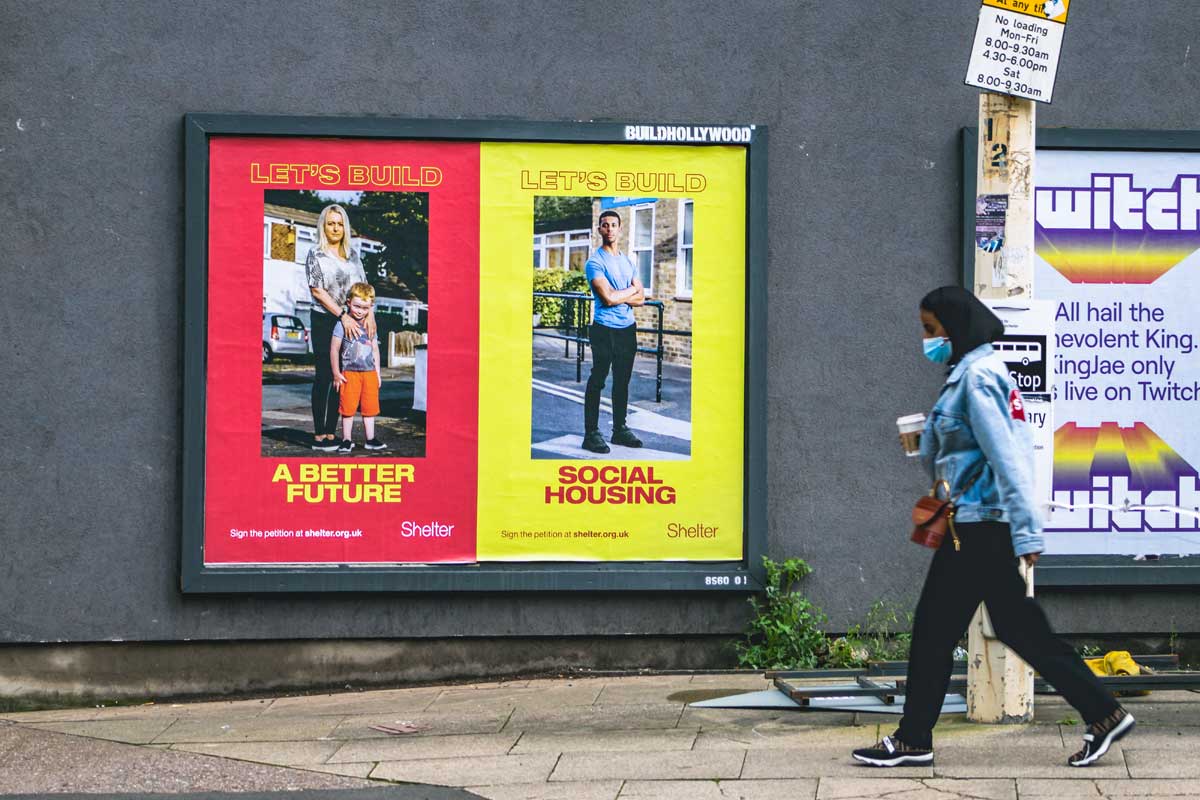 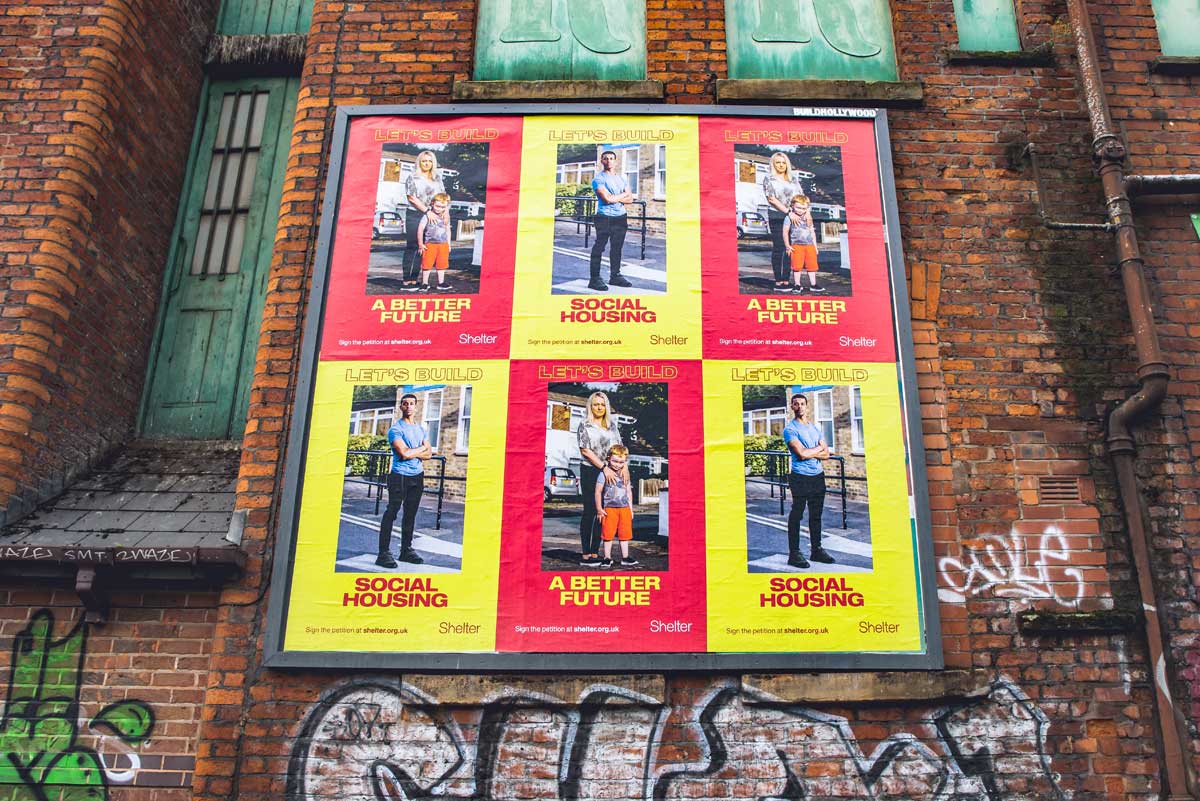 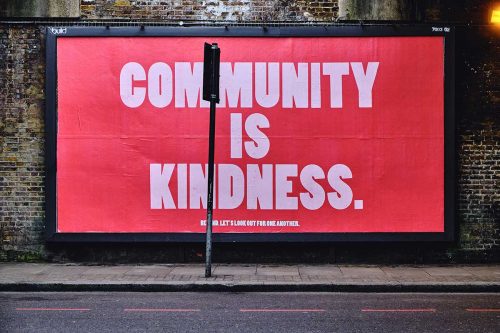 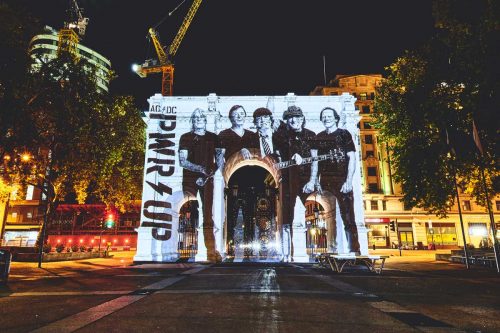