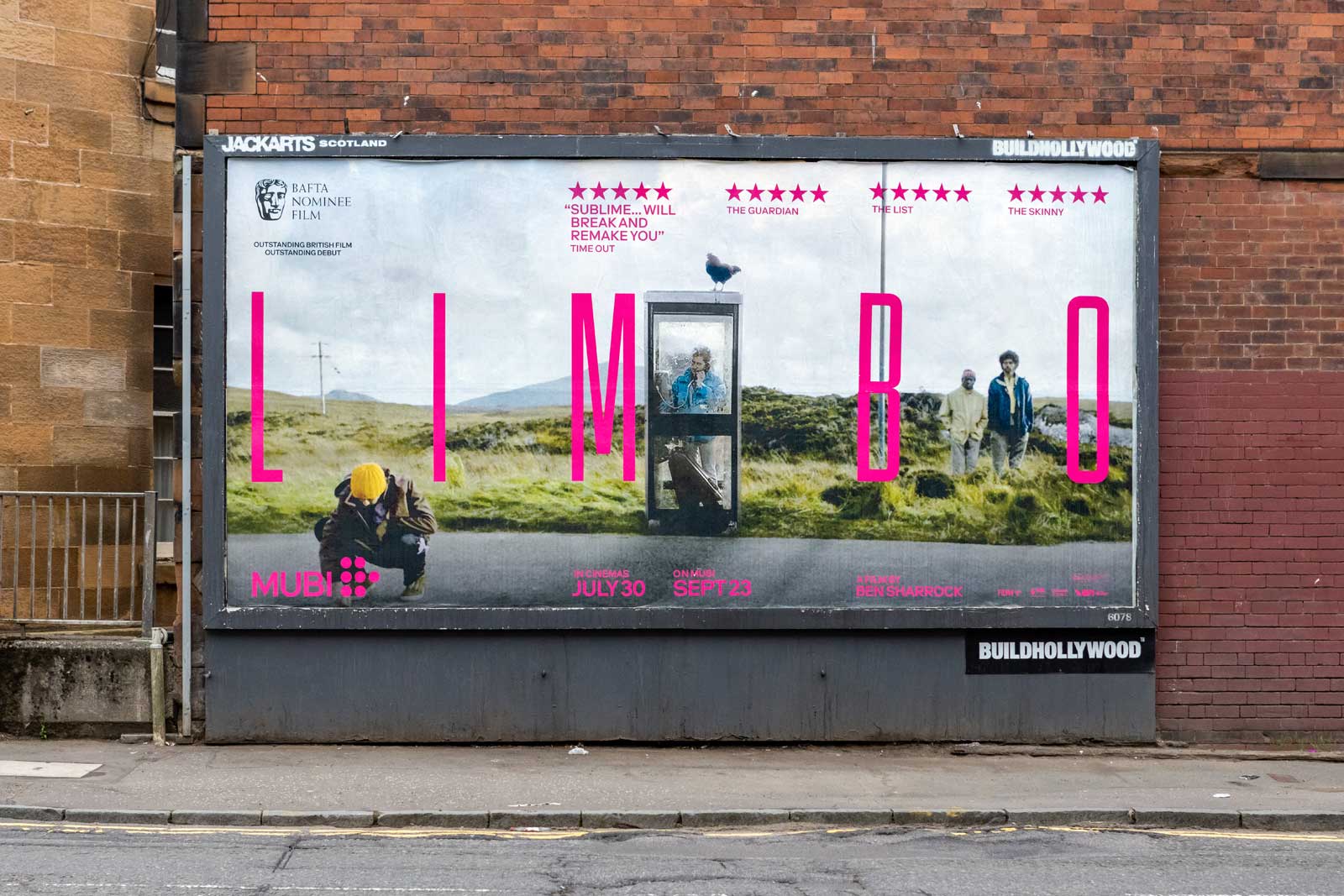 Described as “an offbeat observation of the refugee experience”, director Ben Sharrock’s 2020 film Limbo captures the stirring stories of a group of new arrivals awaiting the outcomes of their asylum claims. After being named as an Official Selection of the 2020 Cannes Film Festival, the film’s eventual cinema release through MUBI in 2021 was accompanied by BAFTA nominations, a BIFA win, and five-star reviews in The Guardian, Time Out, The Skinny and Radio Times.

We teamed up with MUBI to launch Limbo on city streets across the country. The poster artworks reflected the charm and idiosyncrasies of the film – through a befitting illustration and beautifully captured photography. Alongside the film’s title displayed in bright pink type, it brought the essence of the story to street-sides in Glasgow, Edinburgh, Bristol, Manchester and London. 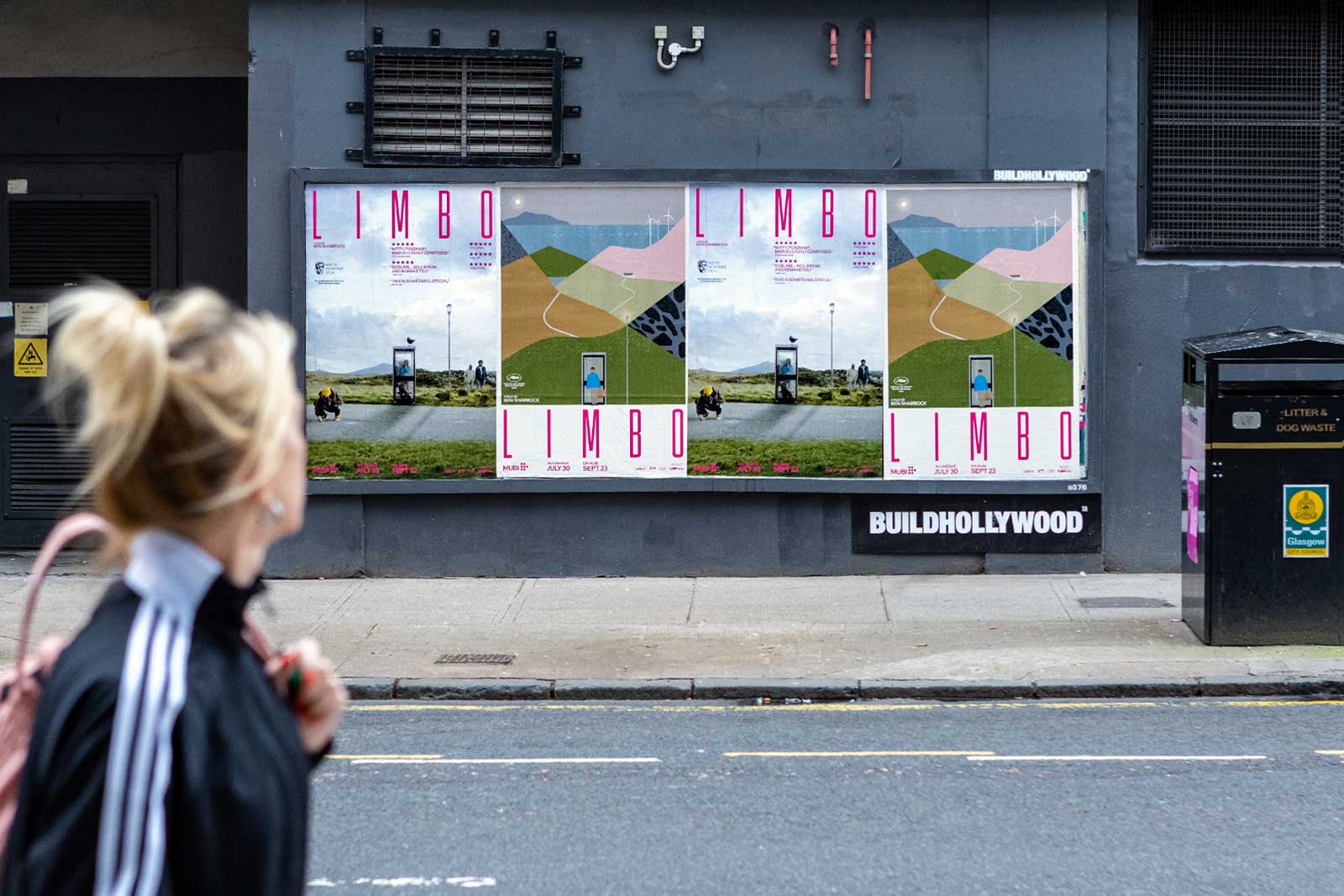 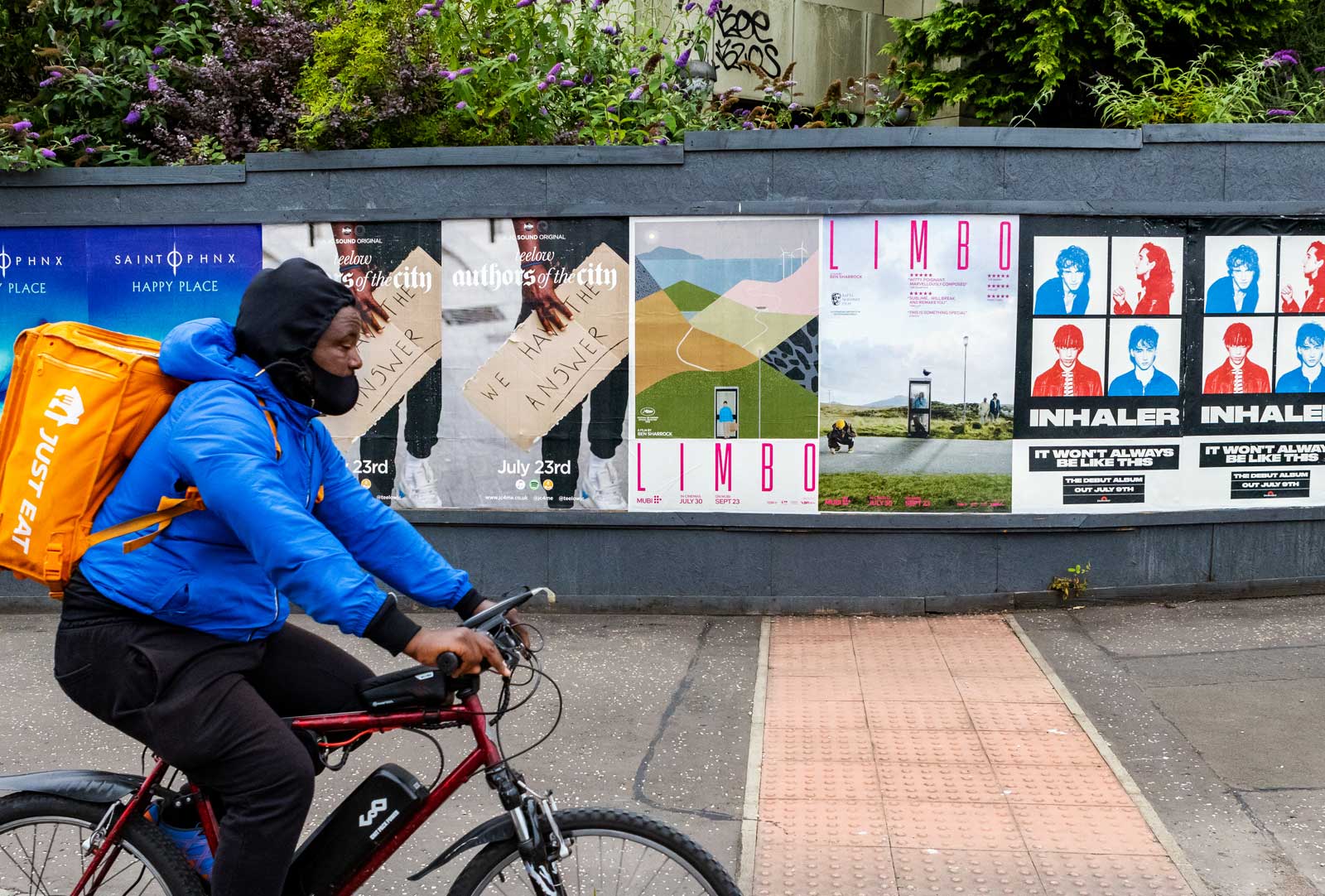 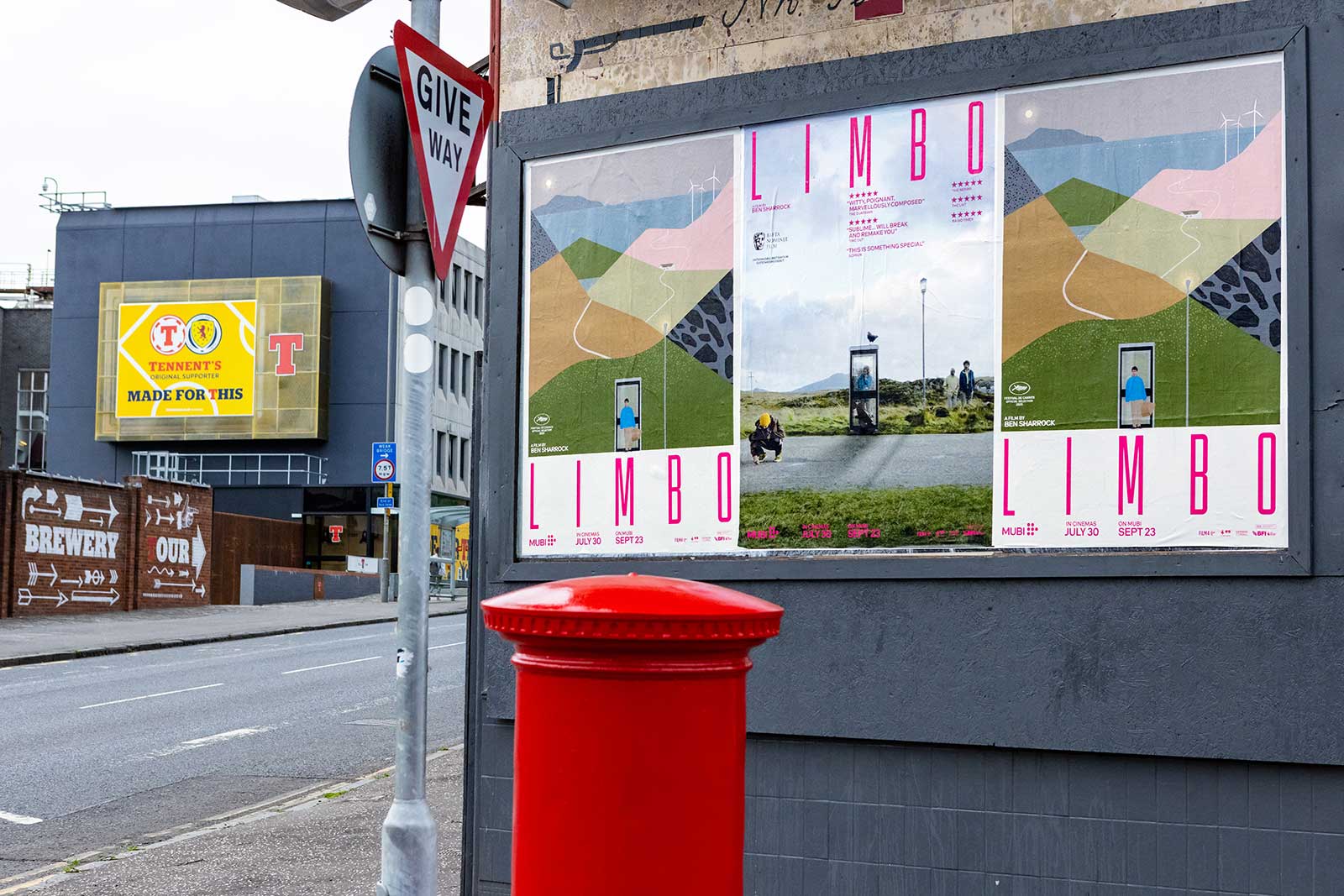 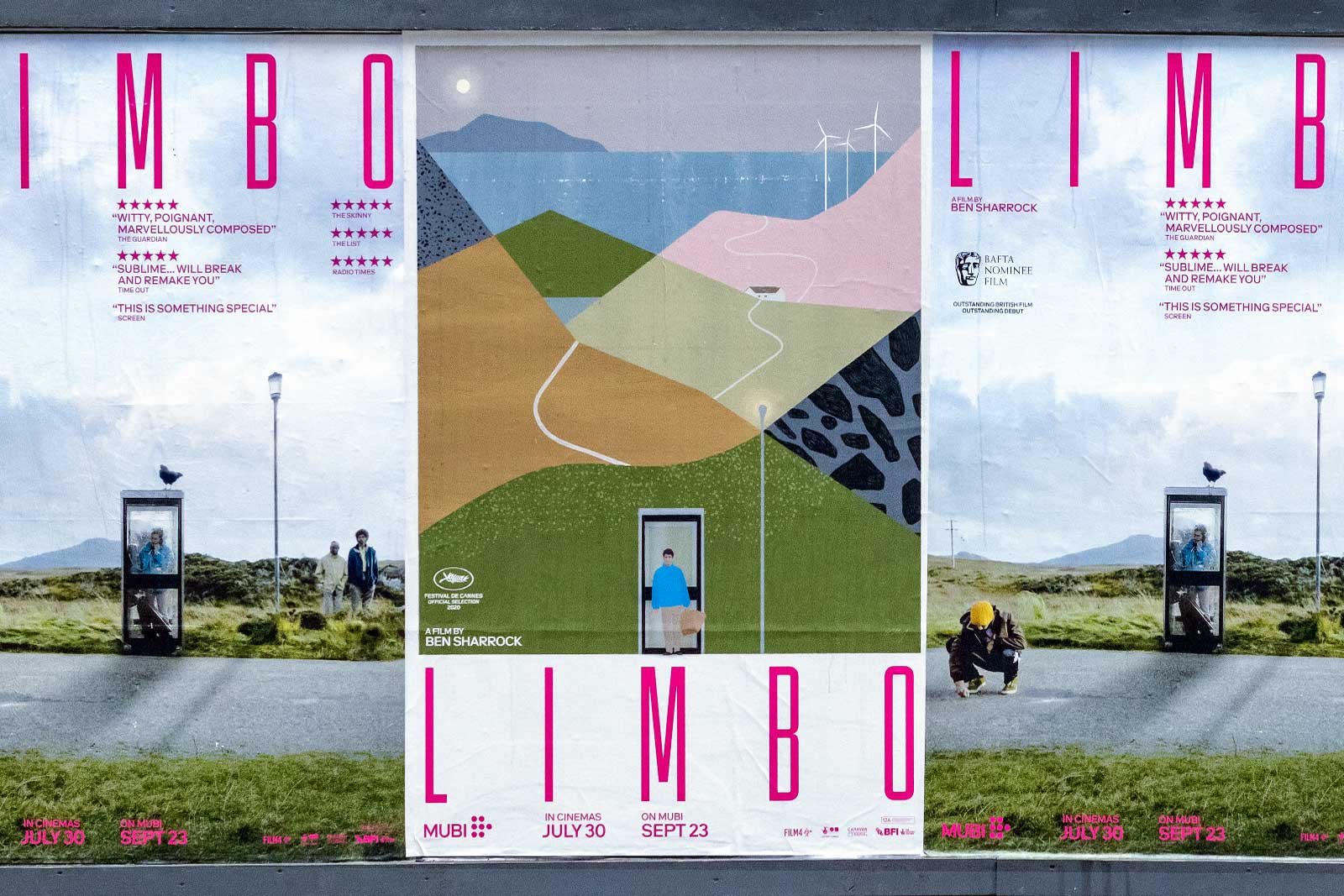 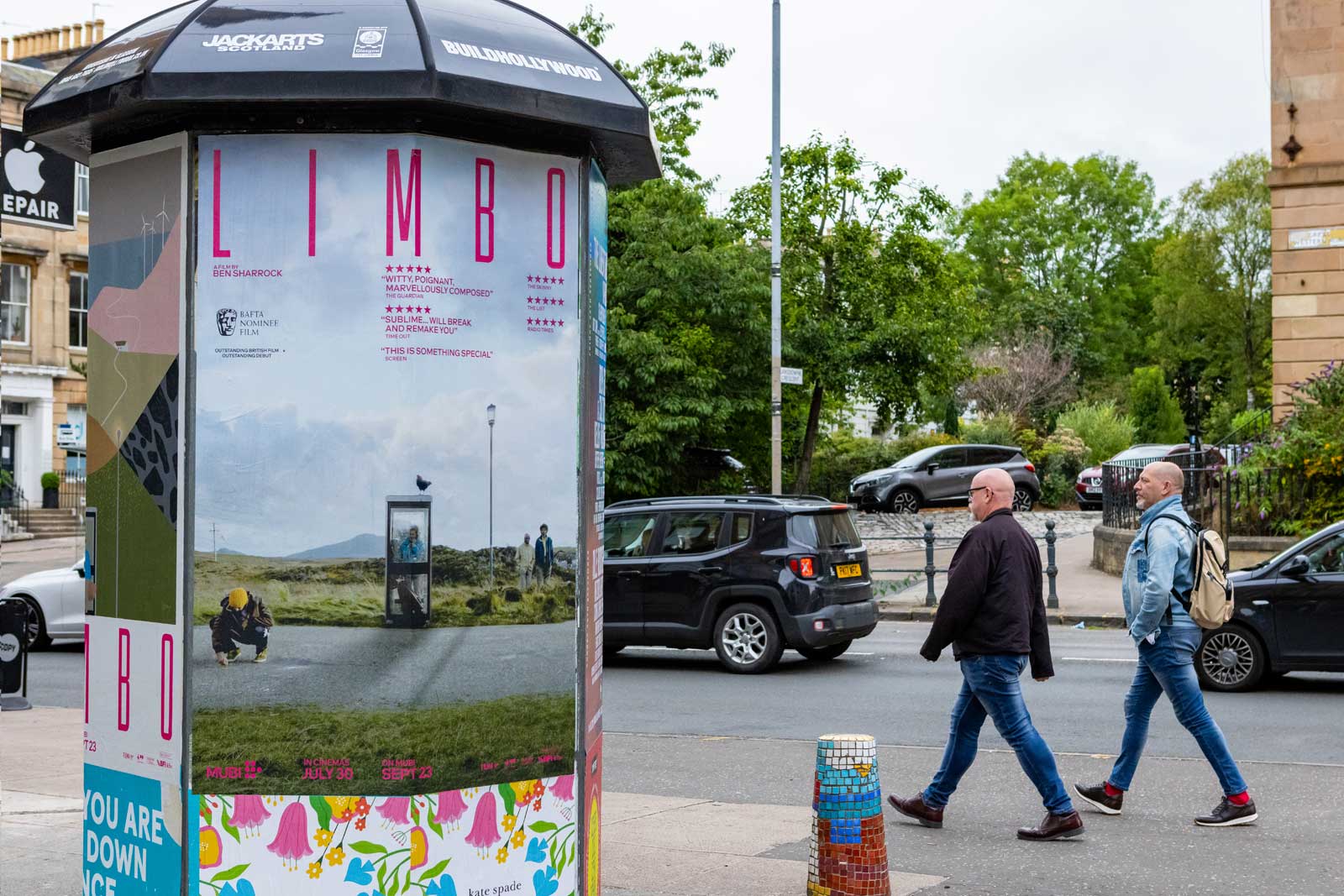 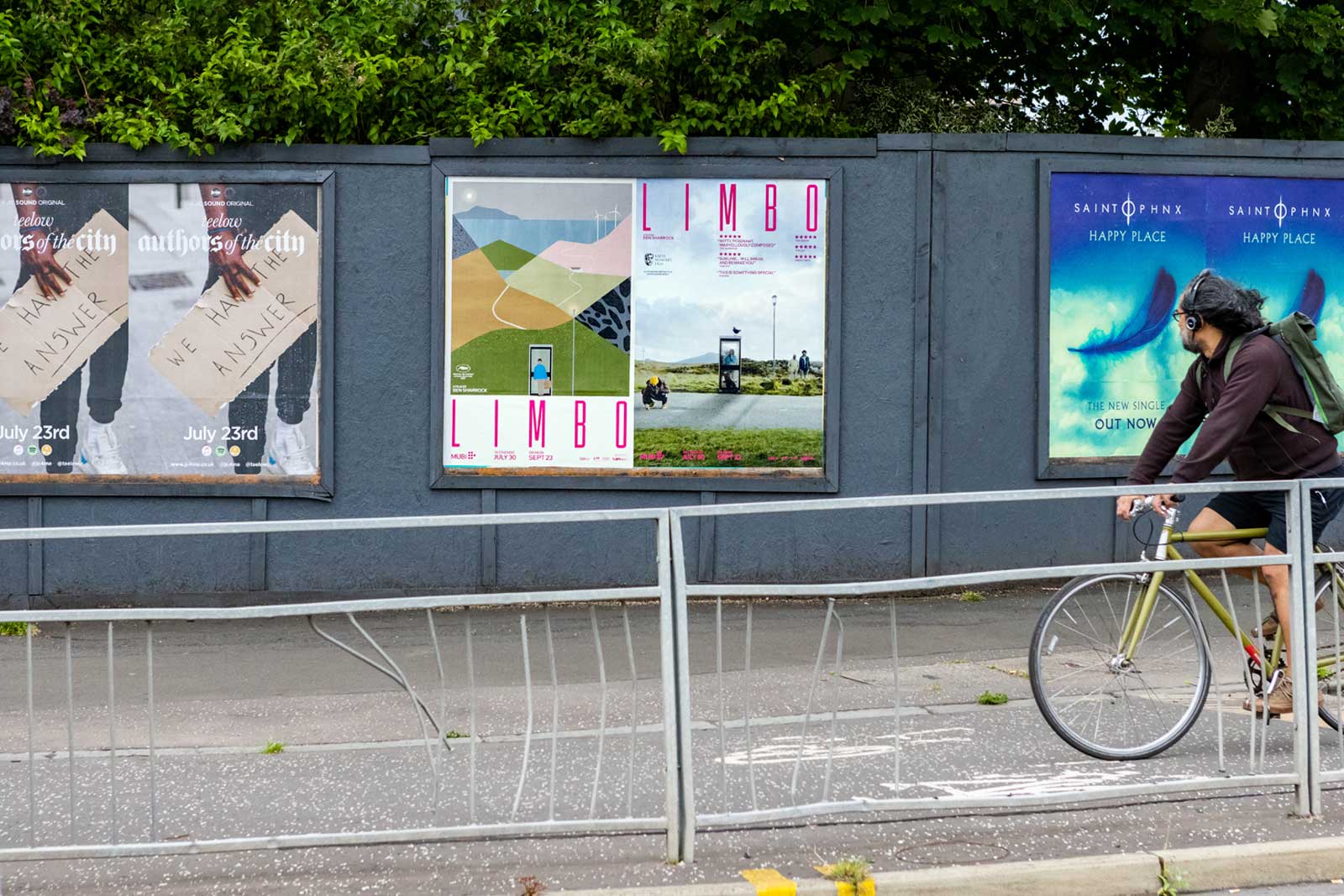 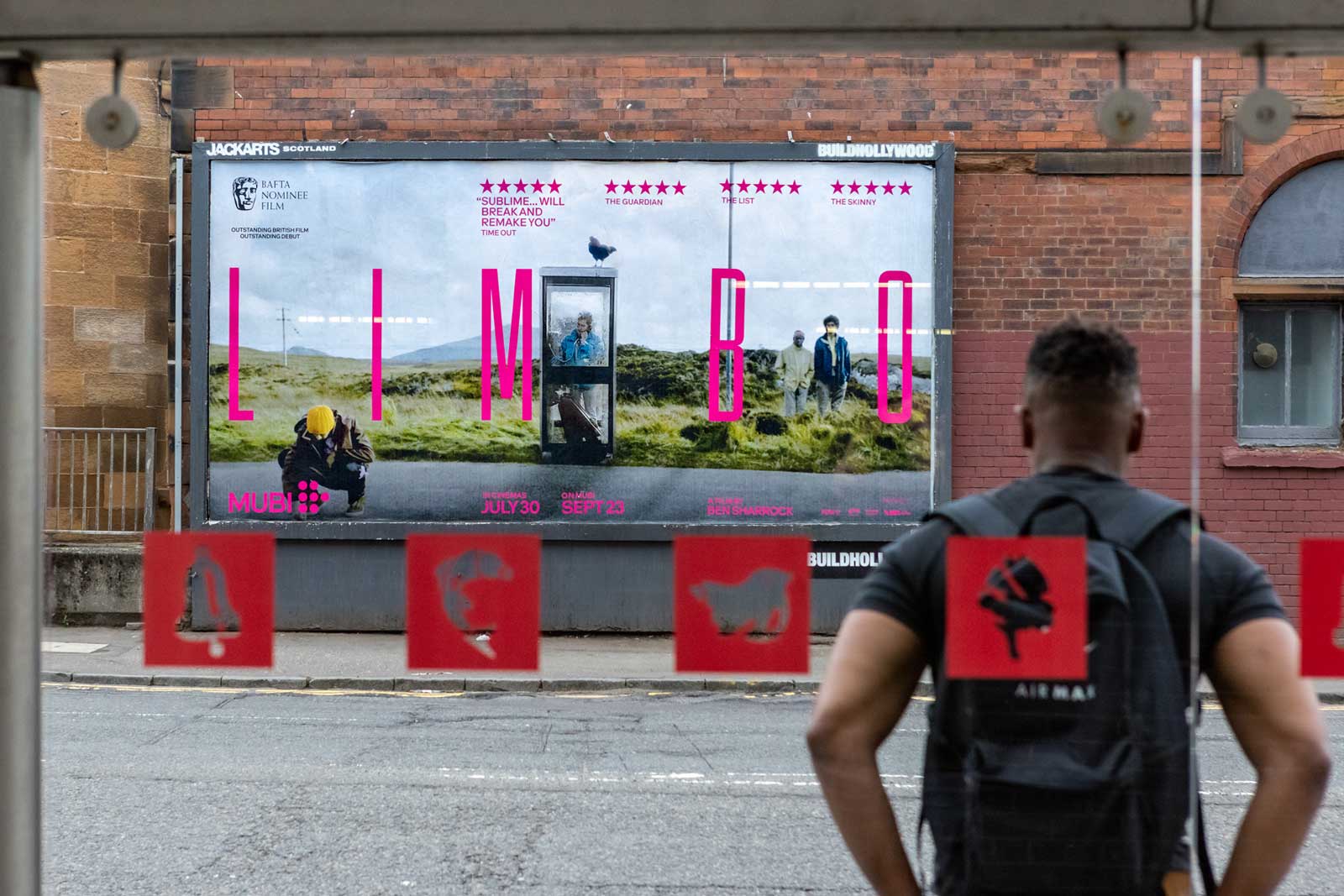