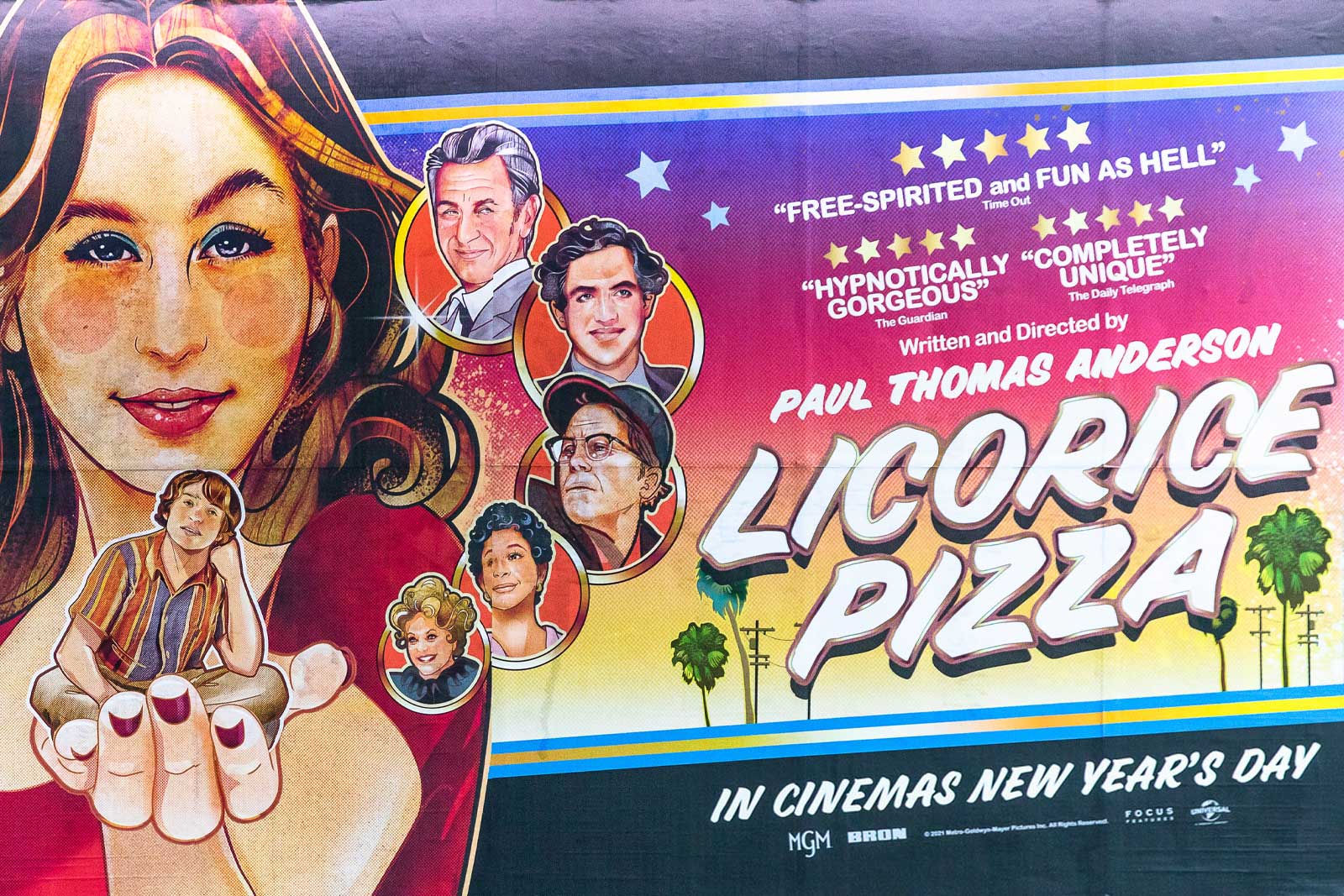 Paul Thomas Anderson’s Licorice Pizza is a slice of escapism for the post-pandemic period. Set to the backdrop of the heady and hazy San Fernando Valley in California, the film is bathed in 1970s nostalgia, bringing together comedy and a coming-of-age. With an impressive cast featuring rising stars Alana Haim (of her eponymous band) and Cooper Hoffman, alongside Bradley Cooper, Tom Waits and Sean Penn, the film has all the makings of a feel-good classic.

To bring Licorice Pizza to life on the streets of London, Bristol and Manchester, we worked with MediaCom. With a campaign creative that echoed the film’s nostalgic feel through a graphic style reminiscent of warm-toned seventies’ illustrations, its colour and vibrance shone through to the street from our sites in the heart of each city. 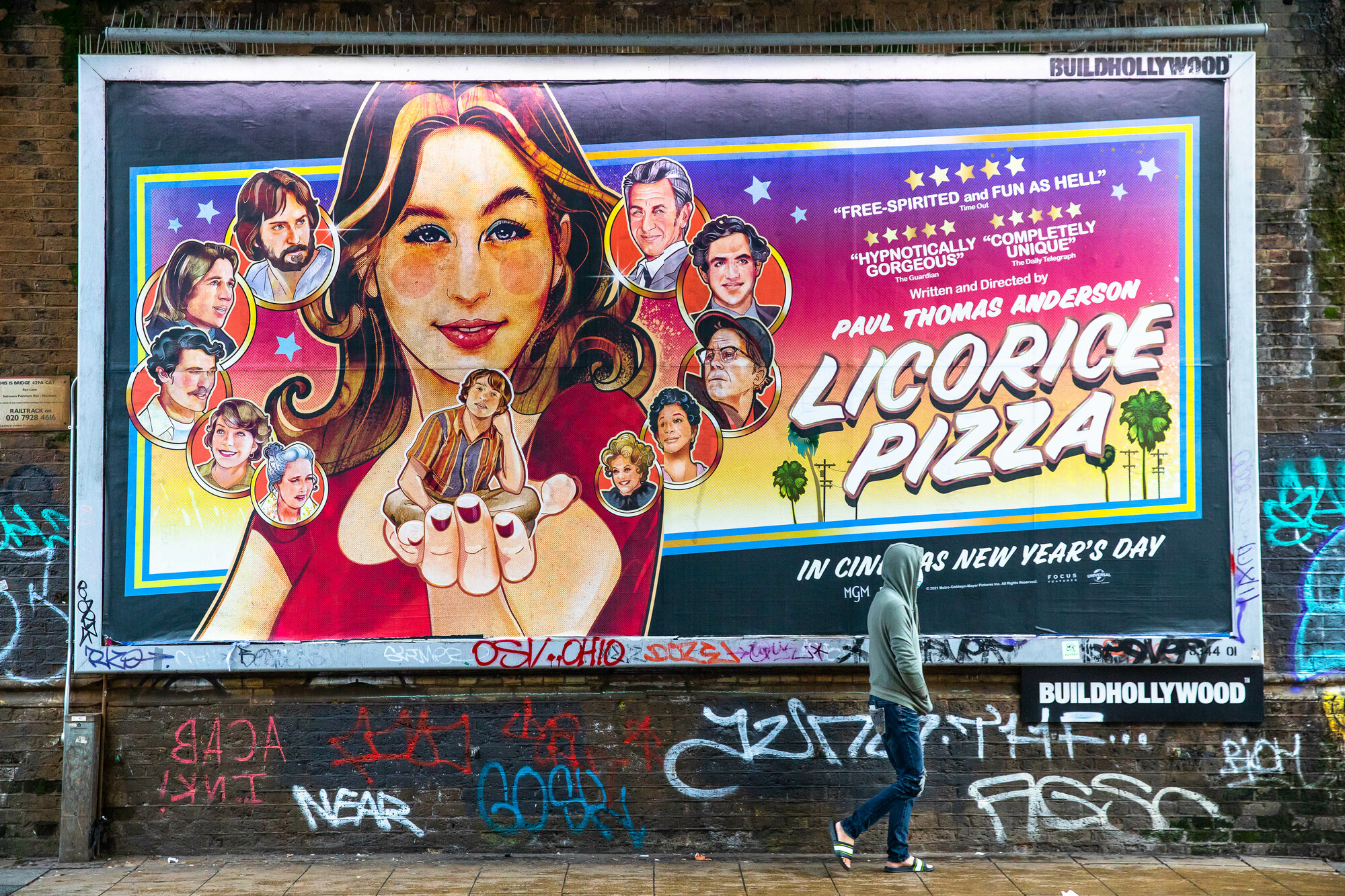 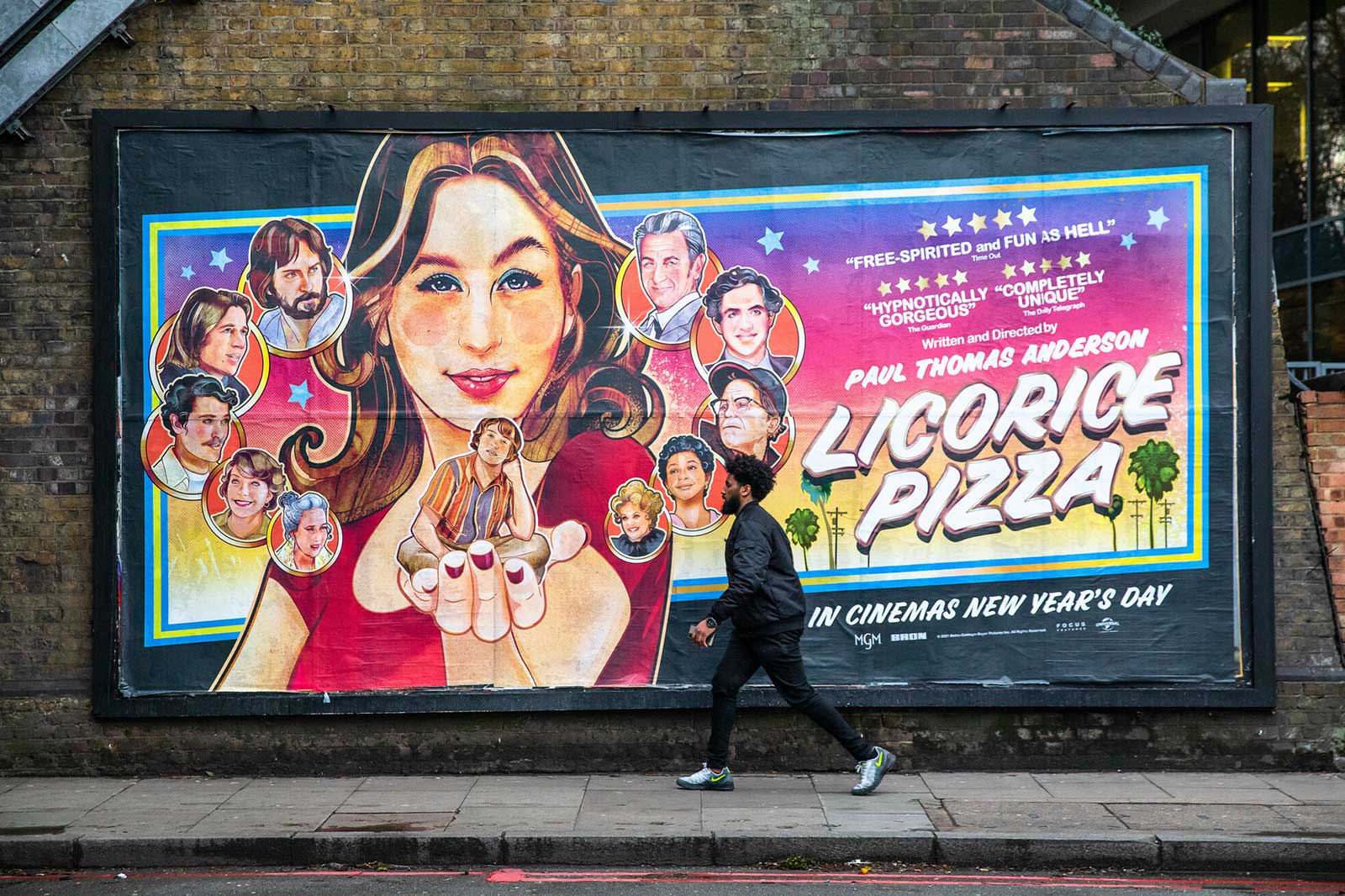 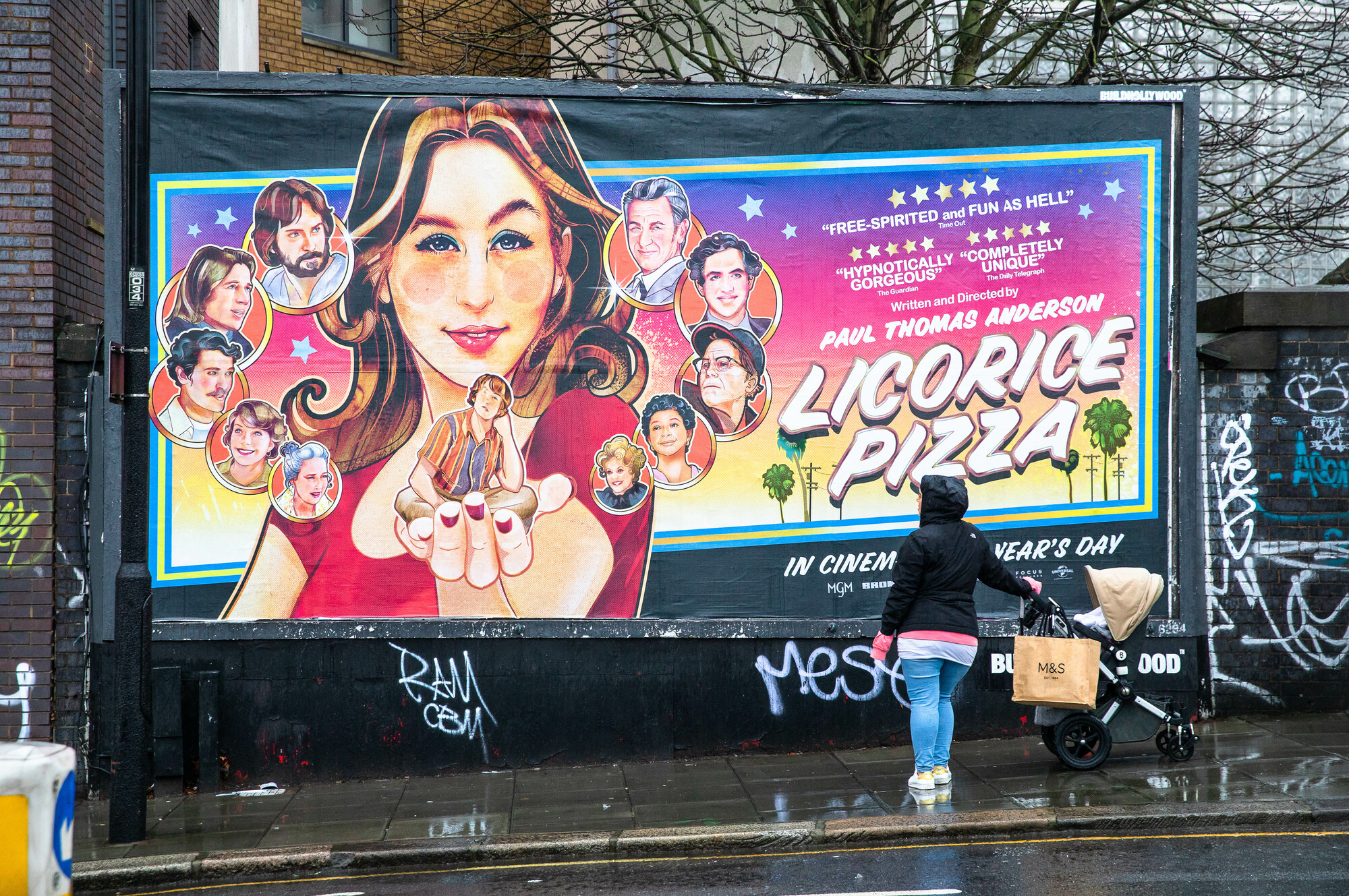 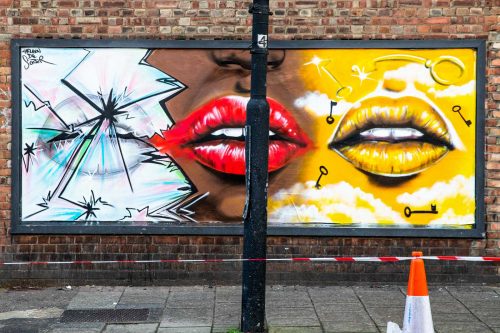