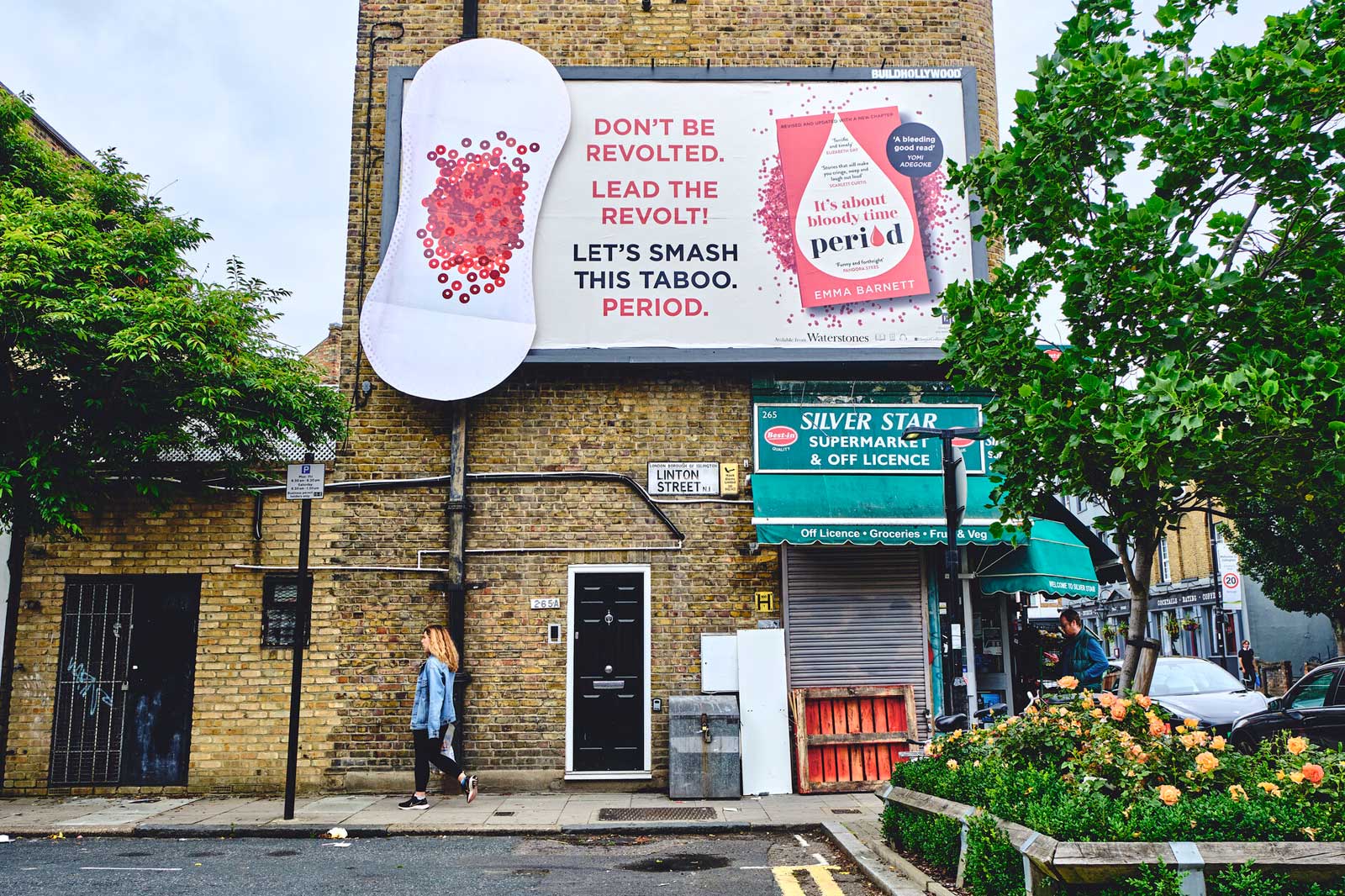 Considering how universal an experience periods are, somehow, in the 21st Century, they’re still a bit of a taboo. Aiming to smash the hesitancy about and avoidance of discussions about periods, Emma Barnett’s book – aptly named Period – is calling for an end to menstruation shame, and instead exchange it for period pride.

For the release of the book’s paperback edition, we worked with HQ Stories on a spectacular street-side launch. Constructing a giant, glittery, 3D sanitary towel to fix onto a creative billboard in London, it turned heads and caught attention on the streets. It also proved to be great content for social media – receiving thousands of likes across the publishing house and author’s Instagram and Twitter accounts. 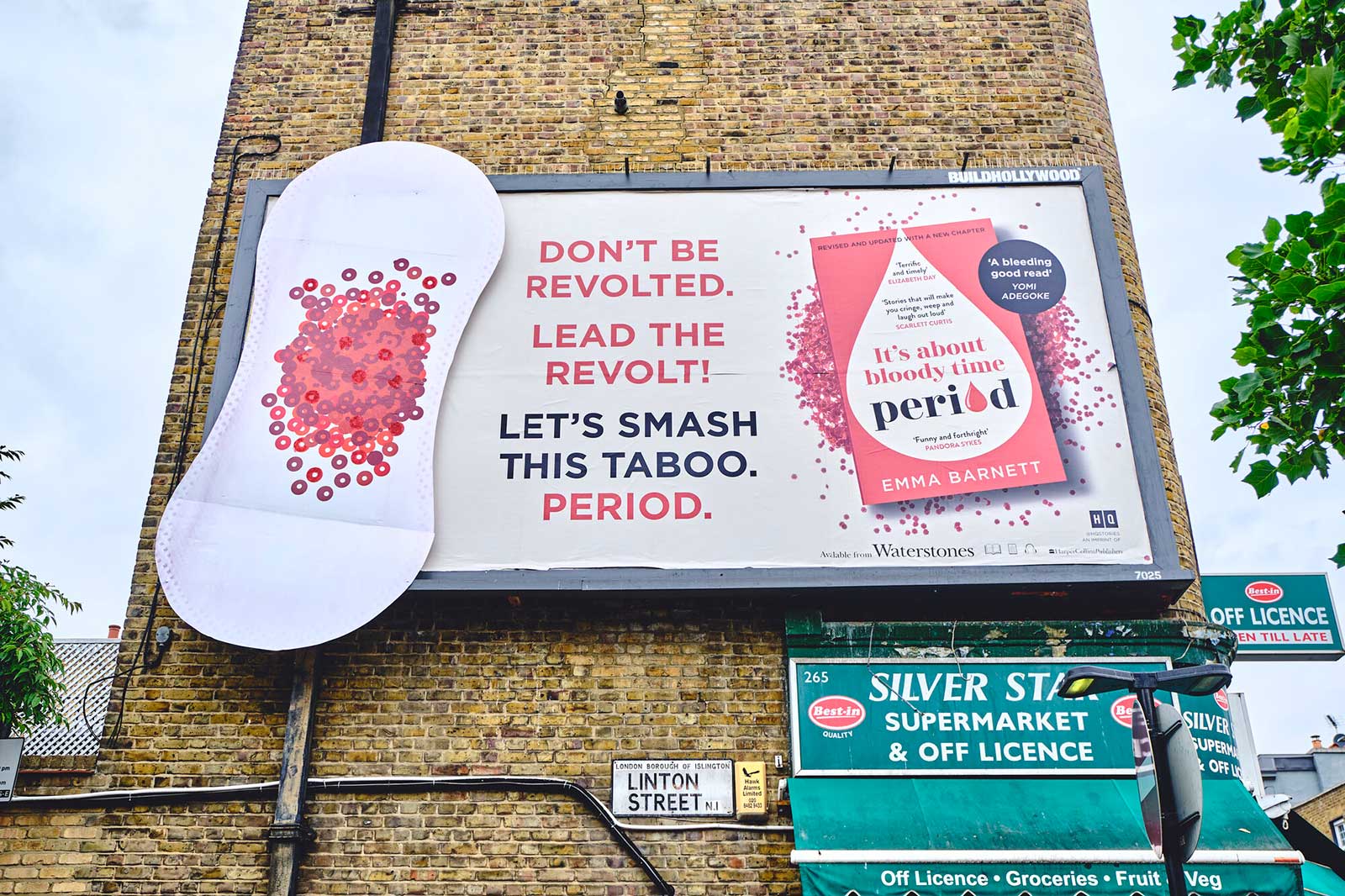 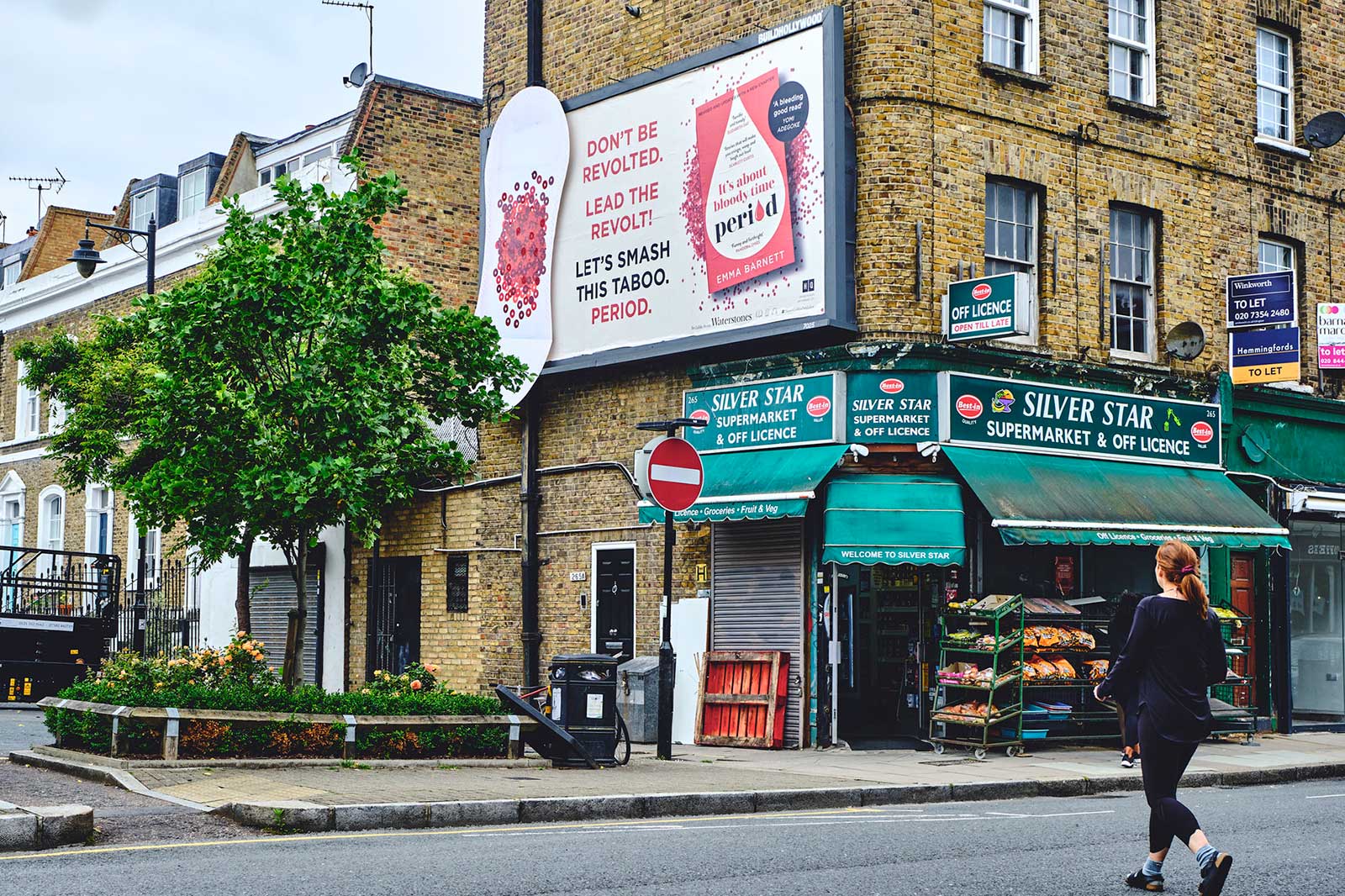 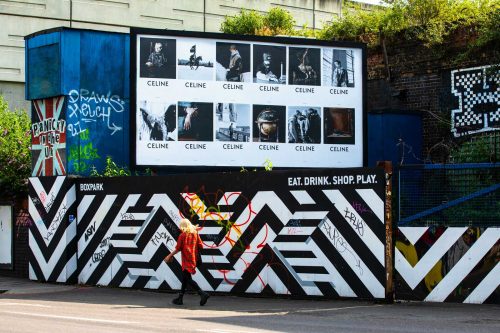 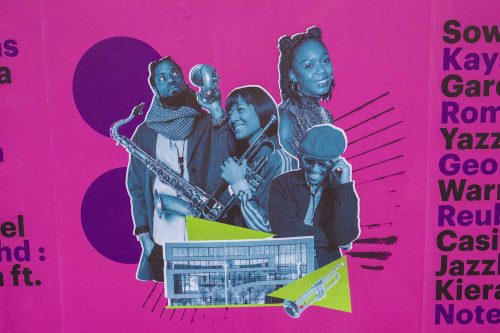