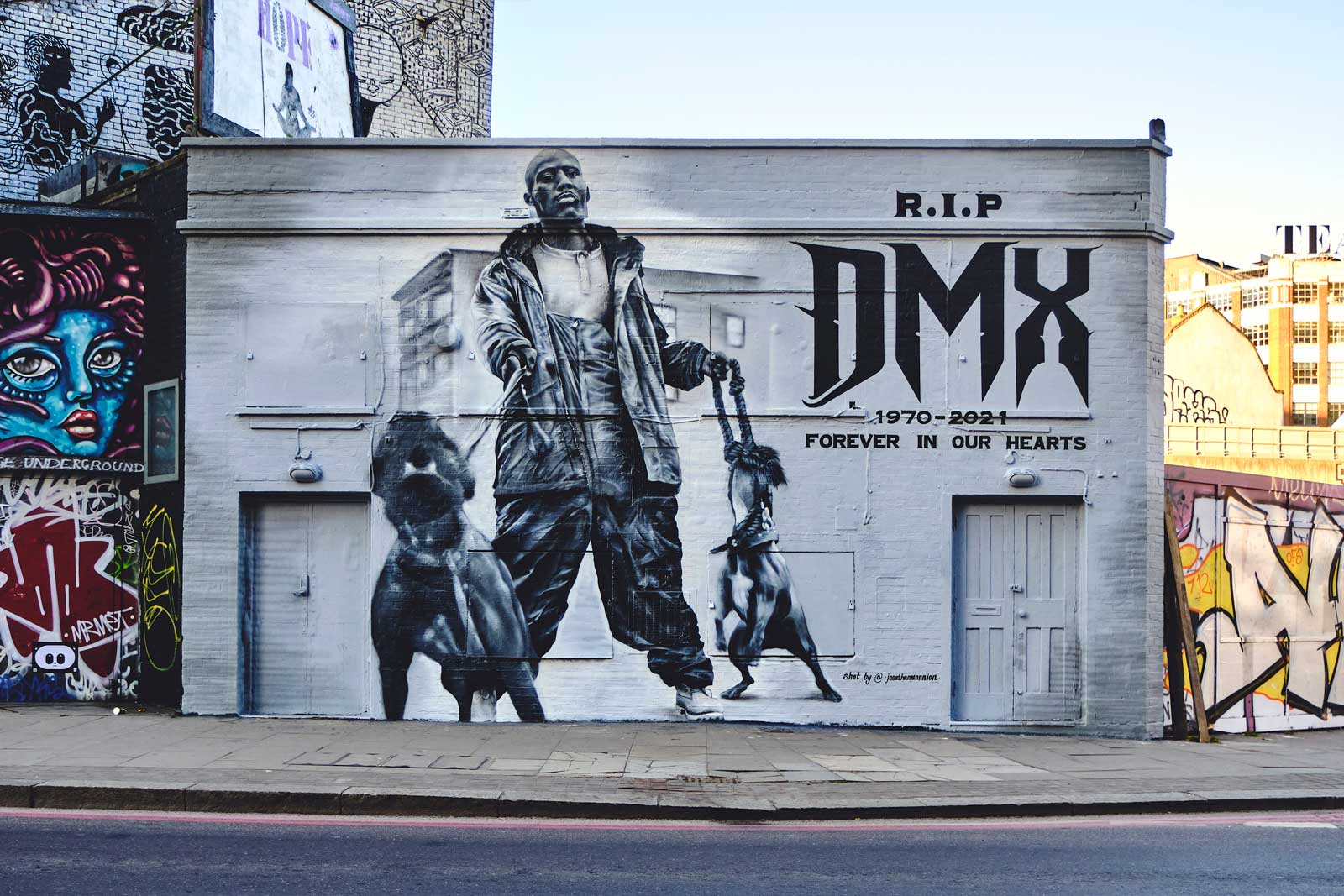 New York native DMX is a legend, having made pioneering rap and hip-hop records that sold millions throughout his lengthy career. On 9 April 2021, he sadly passed away aged only 50. In commemoration of his immense contribution to music and culture (including five US number one albums), record label Def Jam Recordings reached out to us create a mural that would pay tribute to DMX in the heart of London.

We worked with 0207 Def Jam to create the perfect artwork that would capture DMX’s spirit – and so he graced Great Eastern Street in emotive monochrome, alongside his iconic logo. Looking over Shoreditch, one of London’s creative hubs and a spot where his records have been played loudly and proudly in the area’s nightlife institutions over the years, we don’t doubt that he’ll continue to have influence for many years to come. RIP DMX. 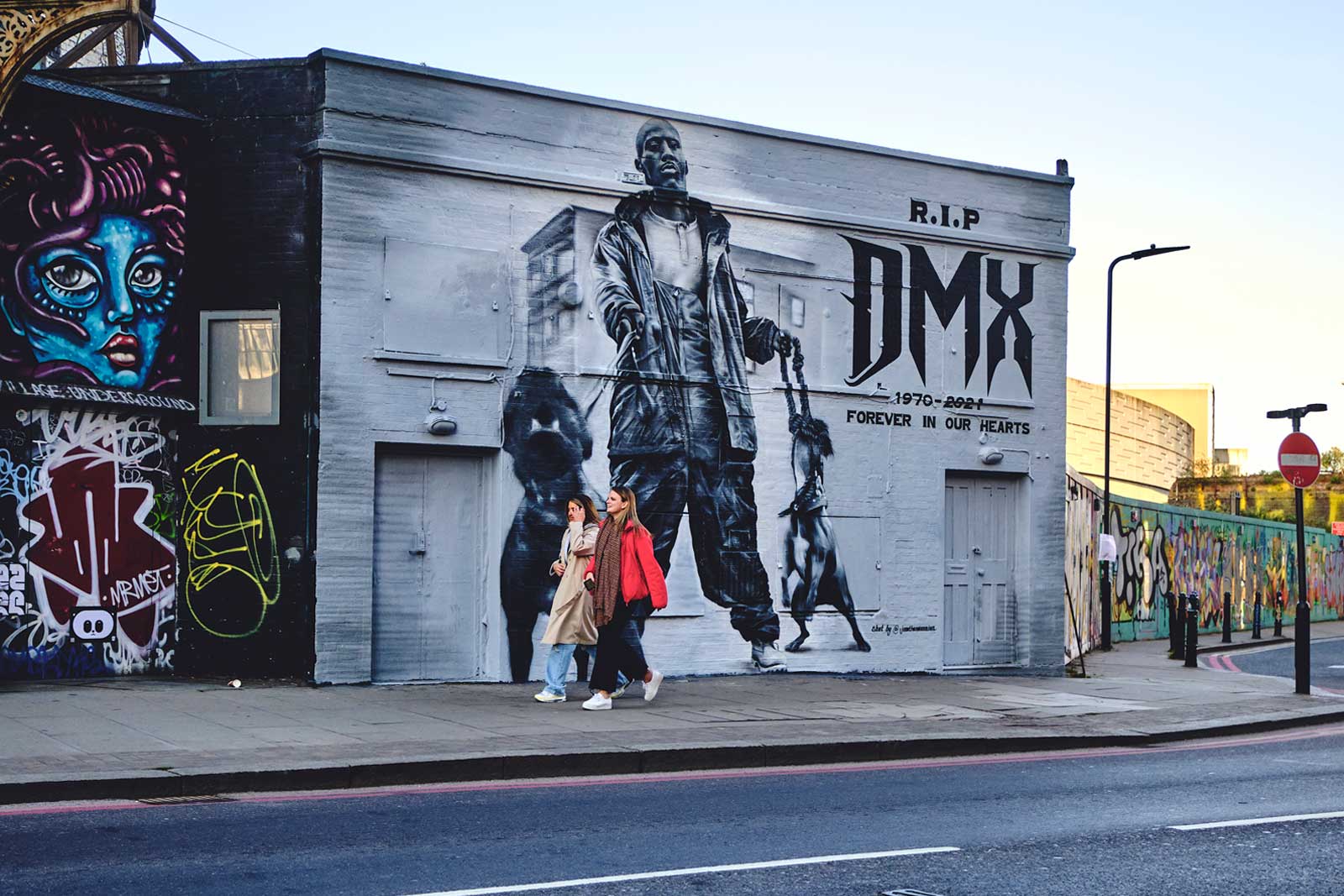 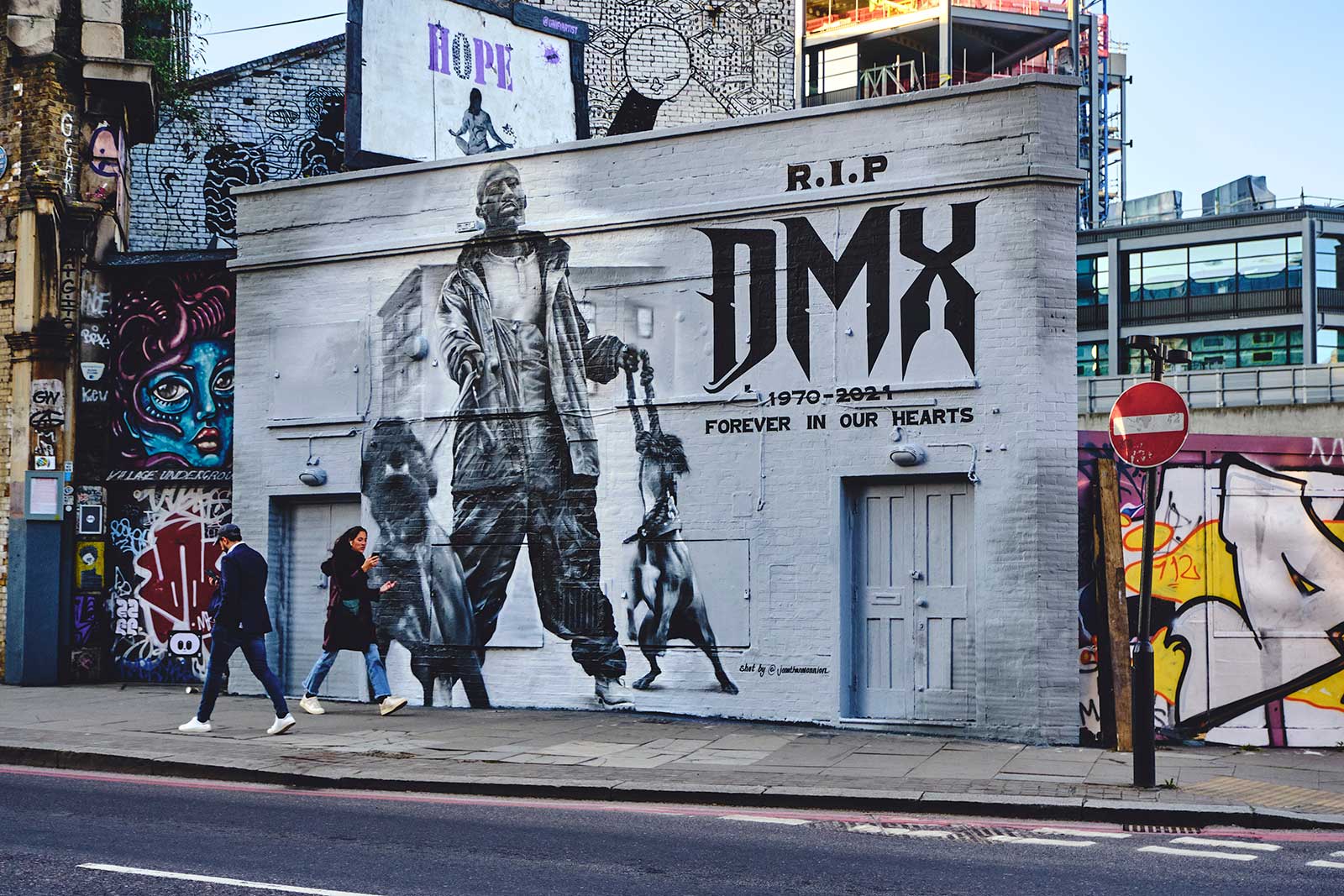 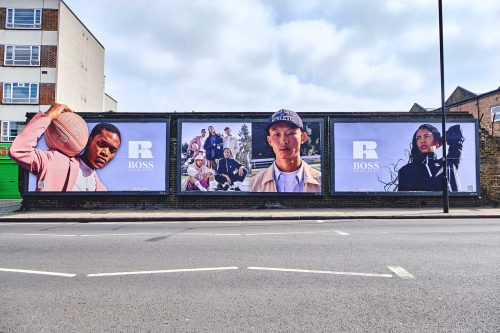 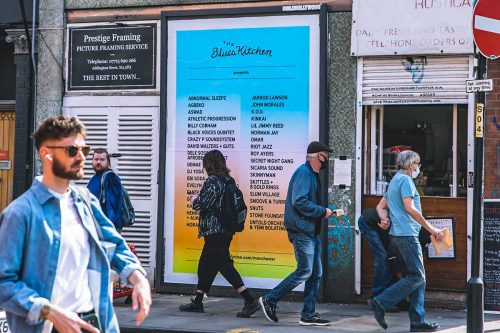