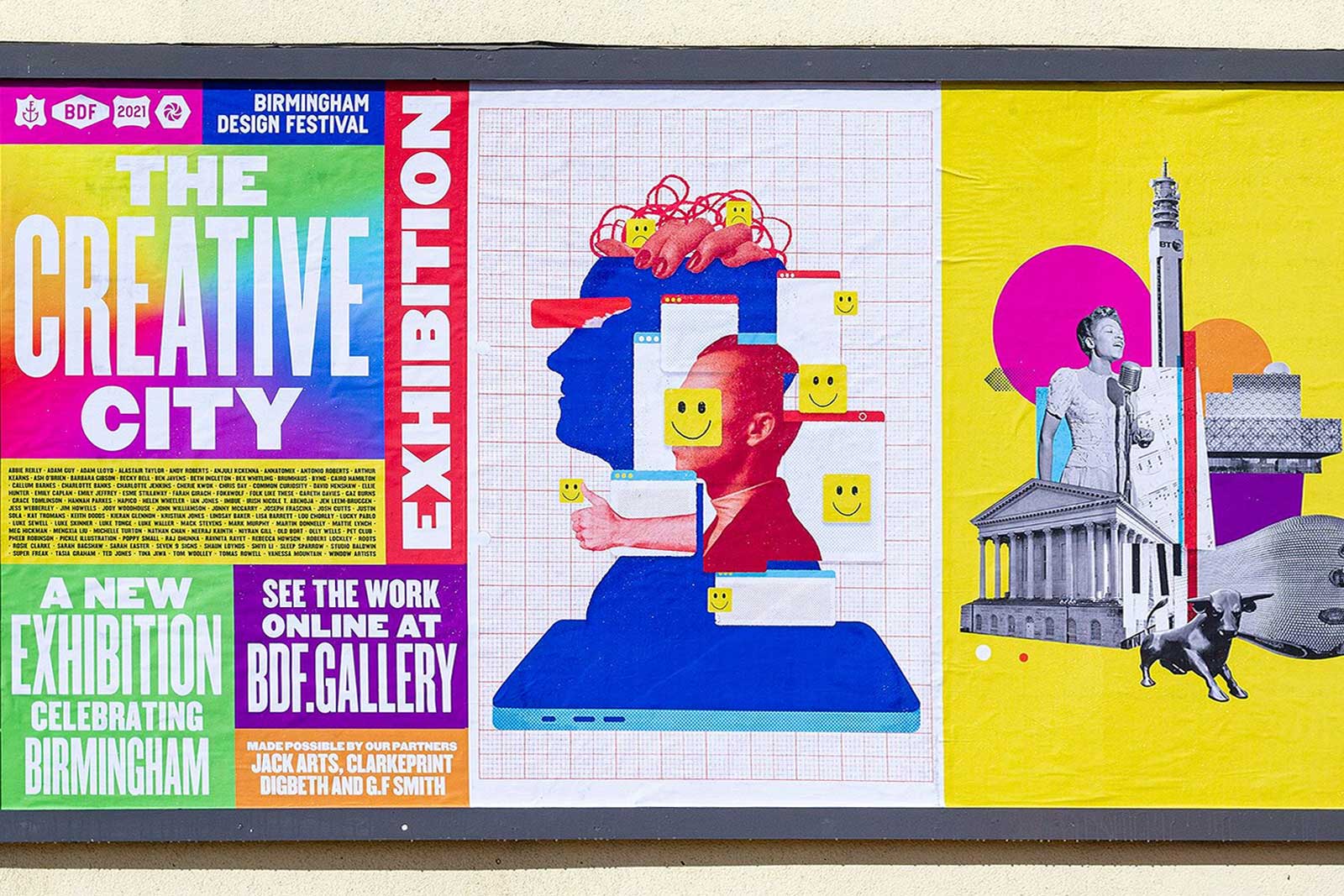 Founded in 2017, Birmingham Design Festival created a much-needed plug for the West Midlands’ creative communities, supporting them while celebrating design on a local, national and international level. After losing a year due to the pandemic, the festival’s 2021 return was based around the appropriately cheerful theme of ‘Colour’.

A combination of in-person and virtual programming made the festival as achievable and accessible as possible under current conditions. The conference packed with workshops, Q&As, and talks was preceded by an exhibition titled The Creative City at Digbeth’s Custard Factory, celebrating the spirit of Birmingham with 100 original posters designed by the city’s native creatives, including Brumhaus, Foka Wolf and Super Freak.

We partnered up with Birmingham Design Festival for 2021, printing and installing each piece for The Creative City. We also placed over 50 of the artworks on our sites on the city’s streets, spreading the Brum love far and wide for all to see. Helping to realise the festival’s ambitions of taking the exhibition to a wider audience, it proved popular with creators and festival attendees alike, who photographed and posted displays they spotted right across social media. 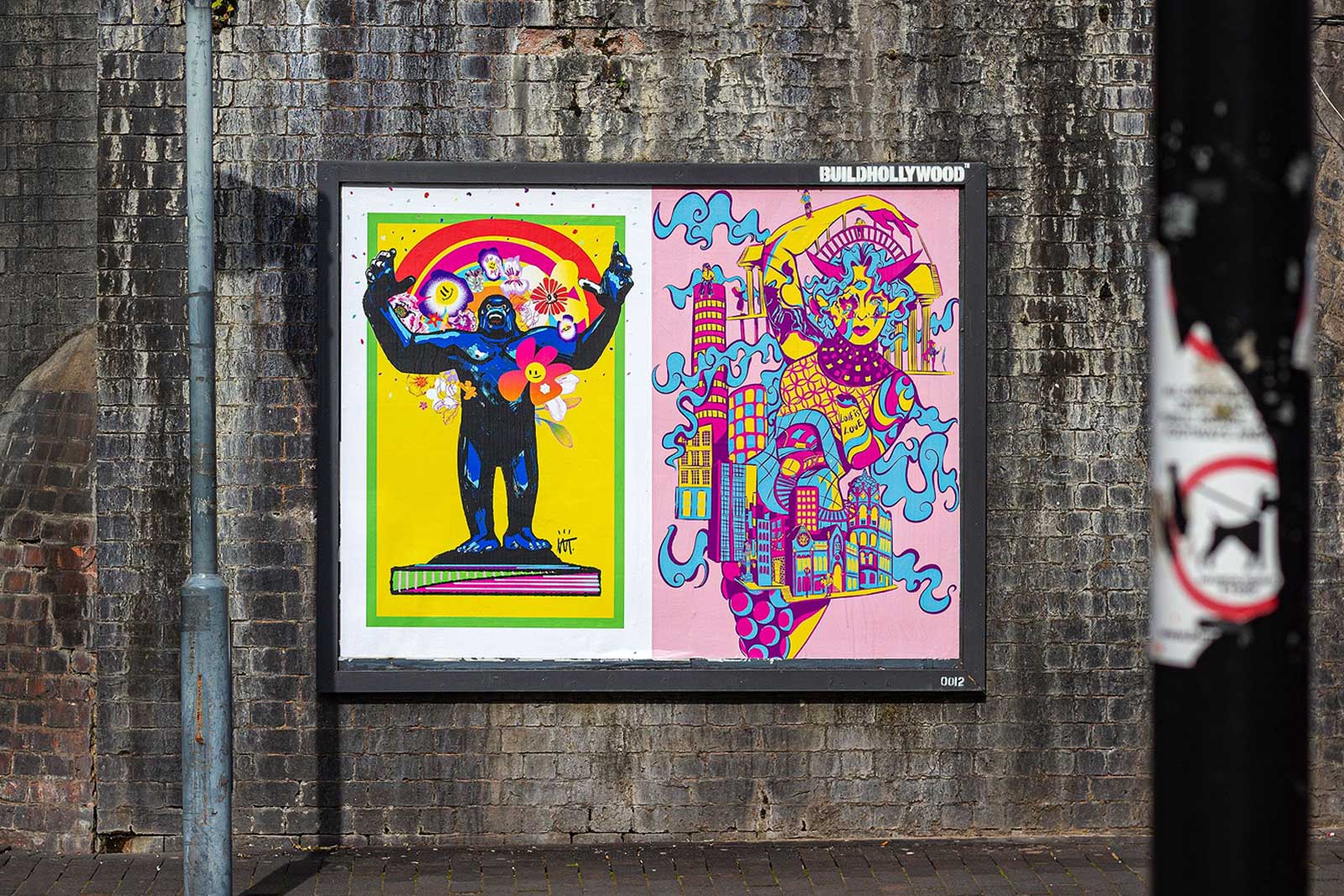 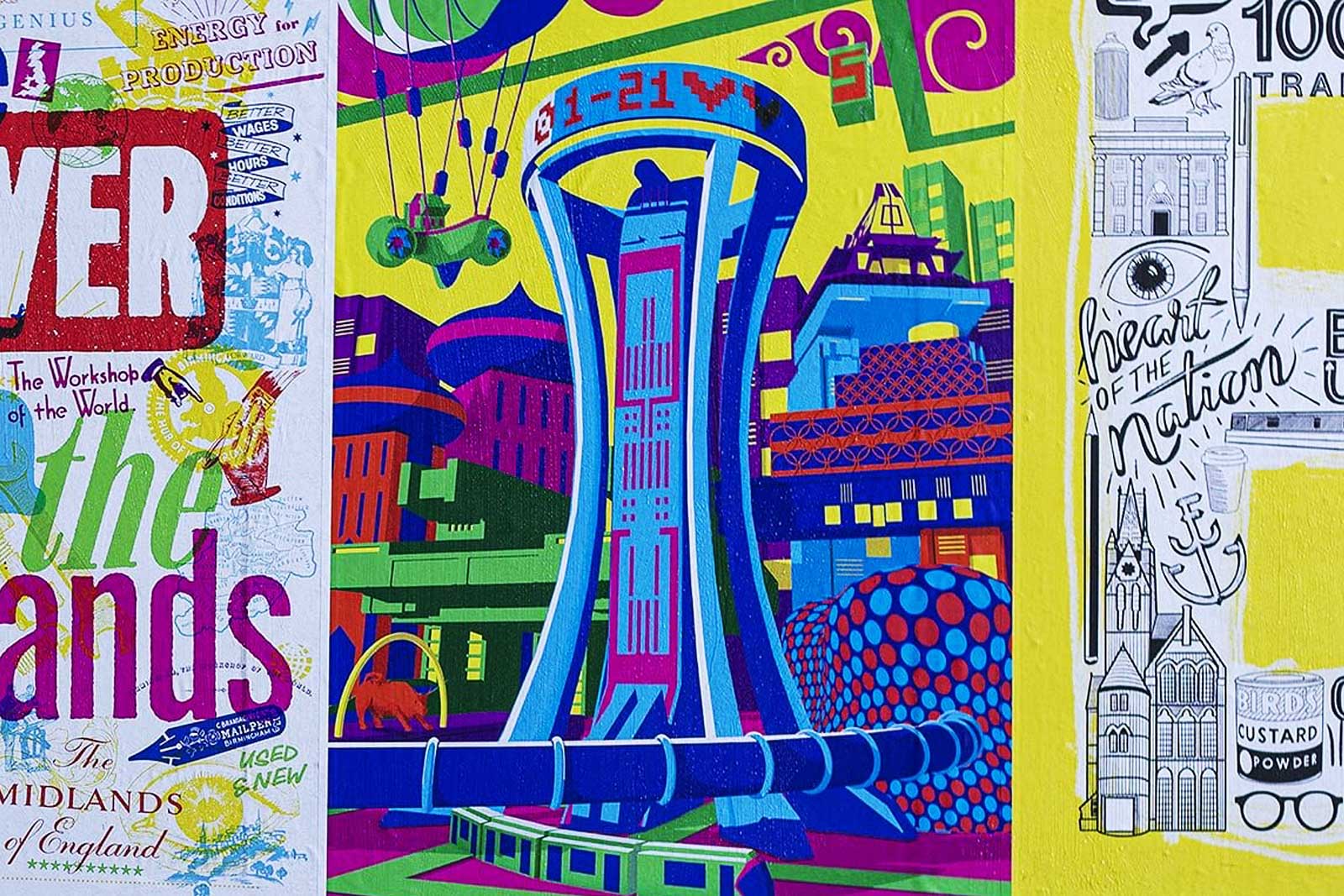 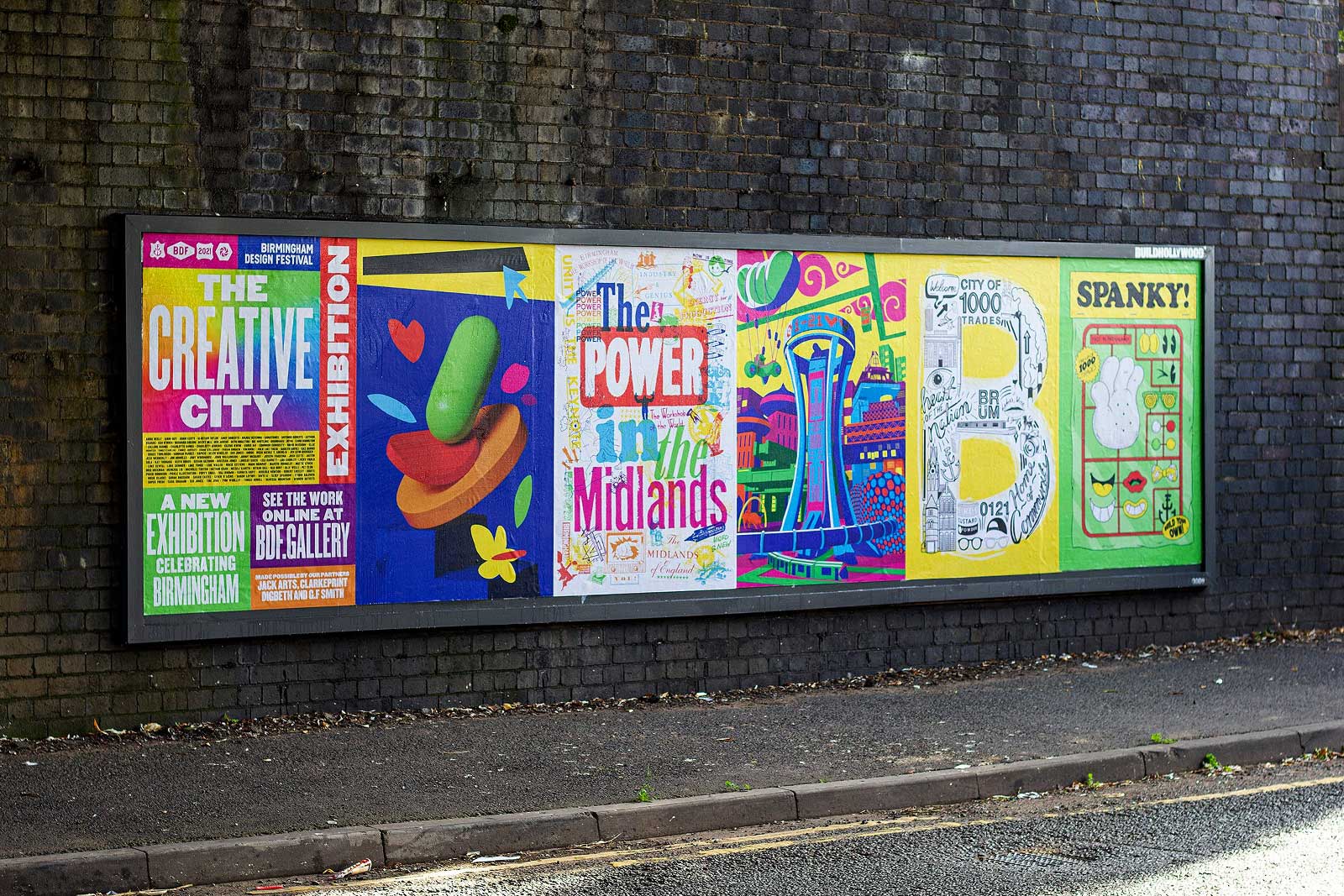 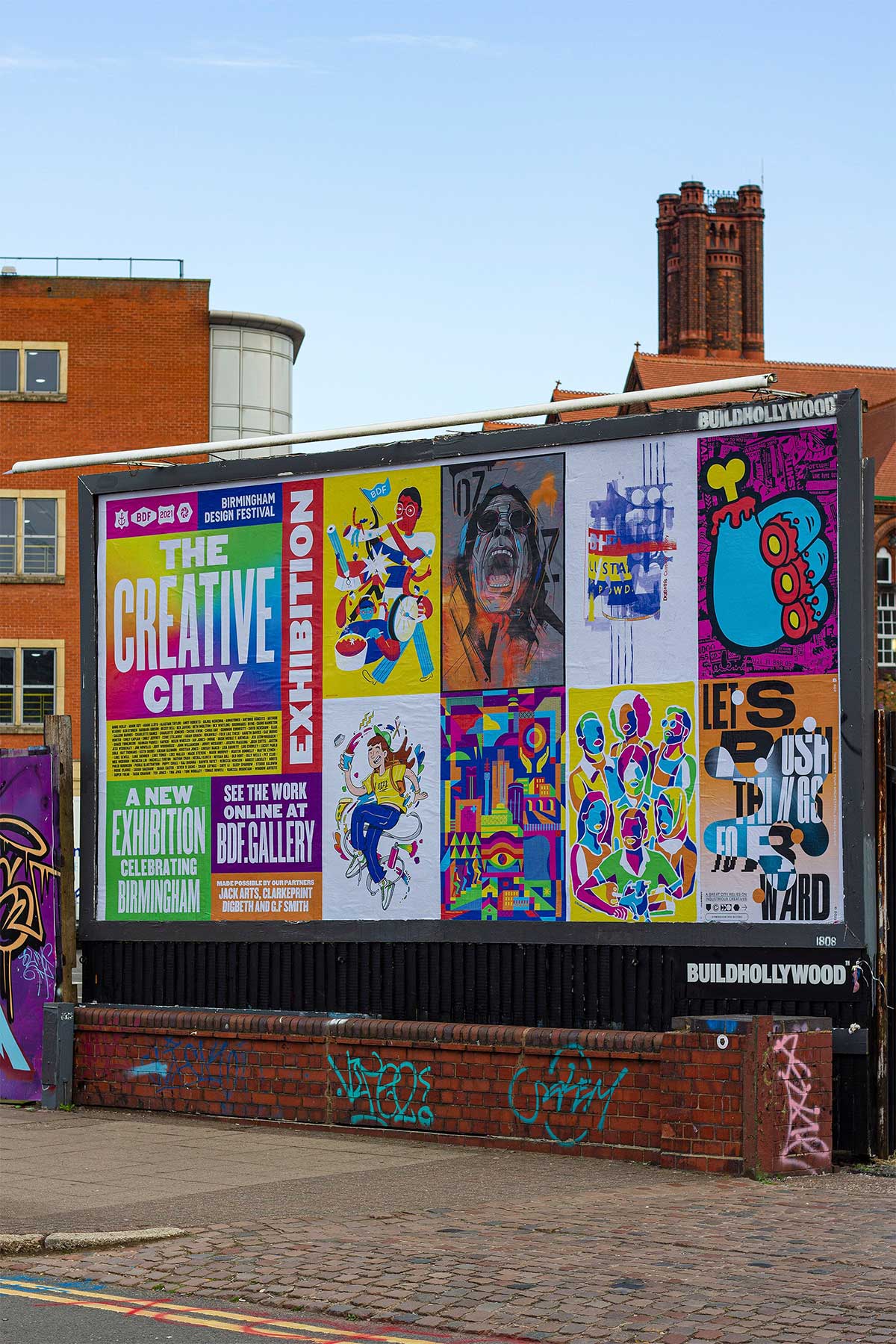 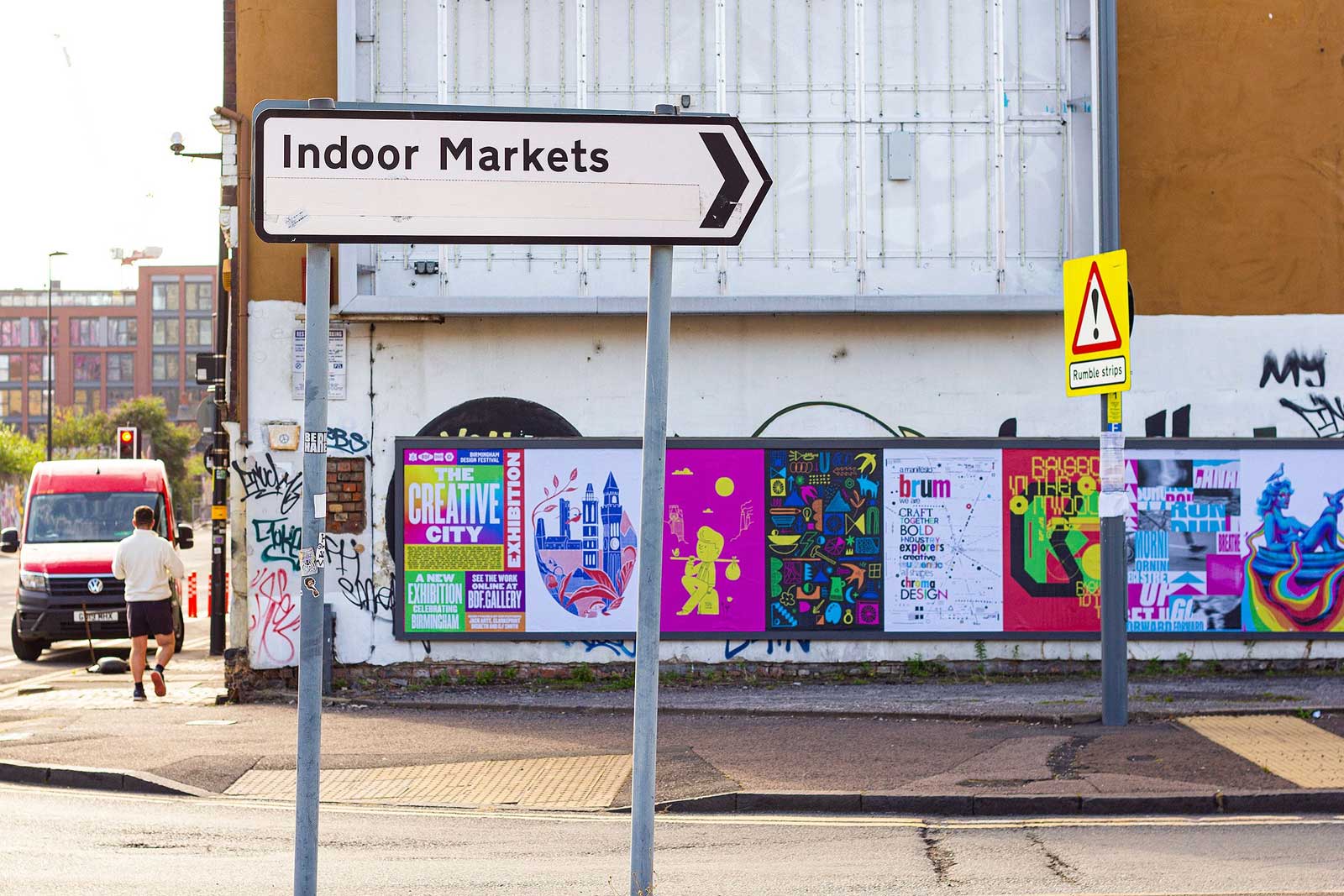 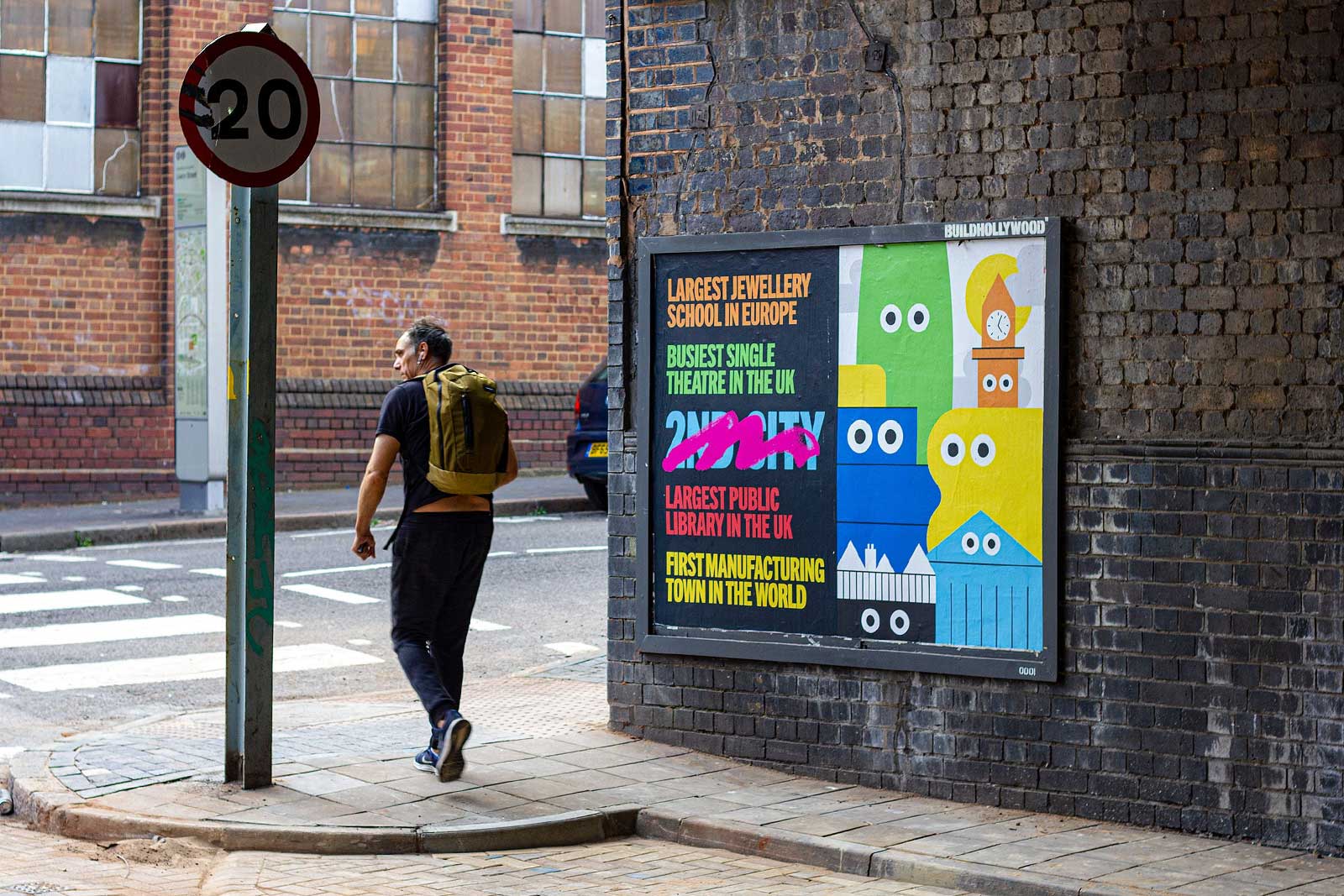 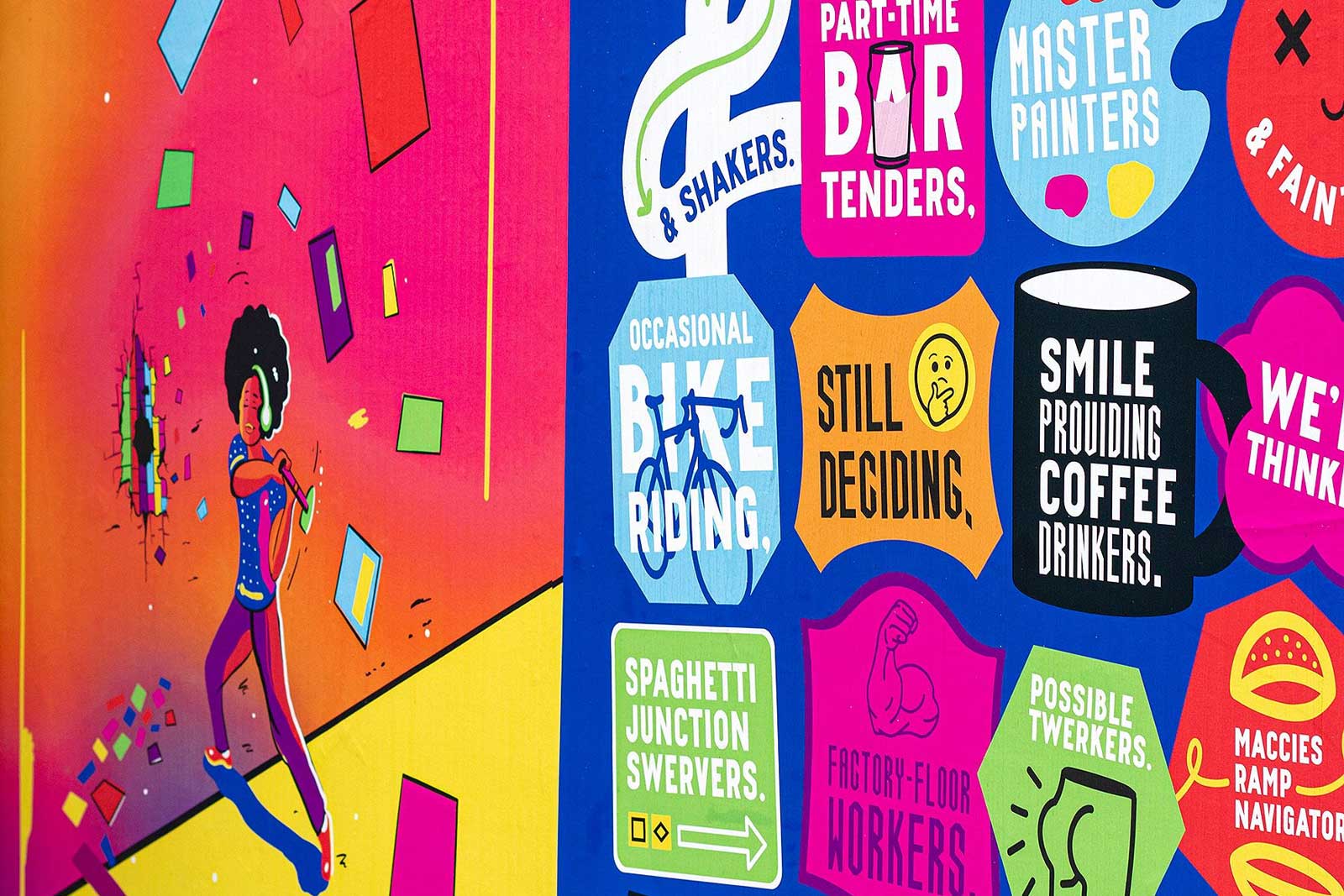 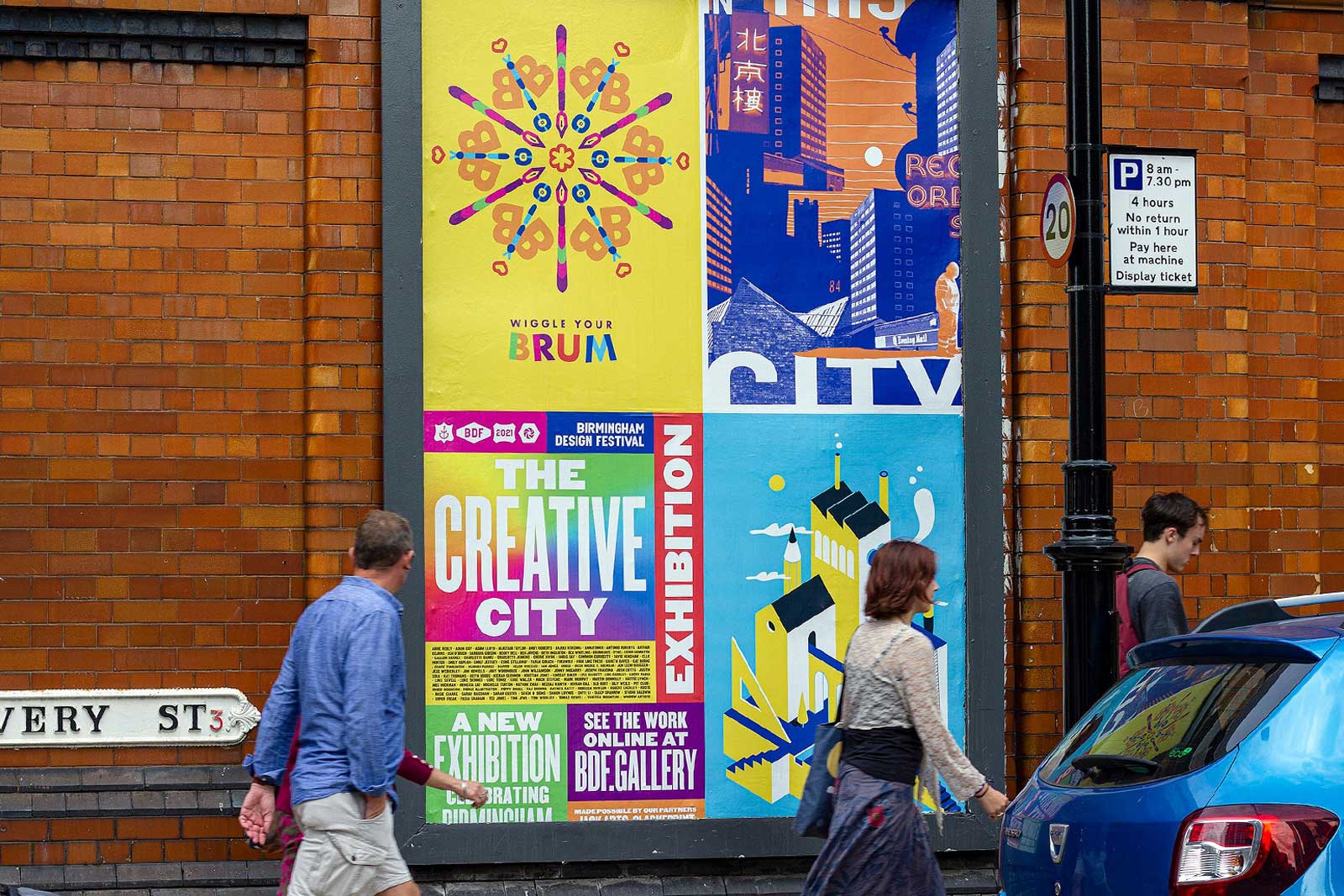 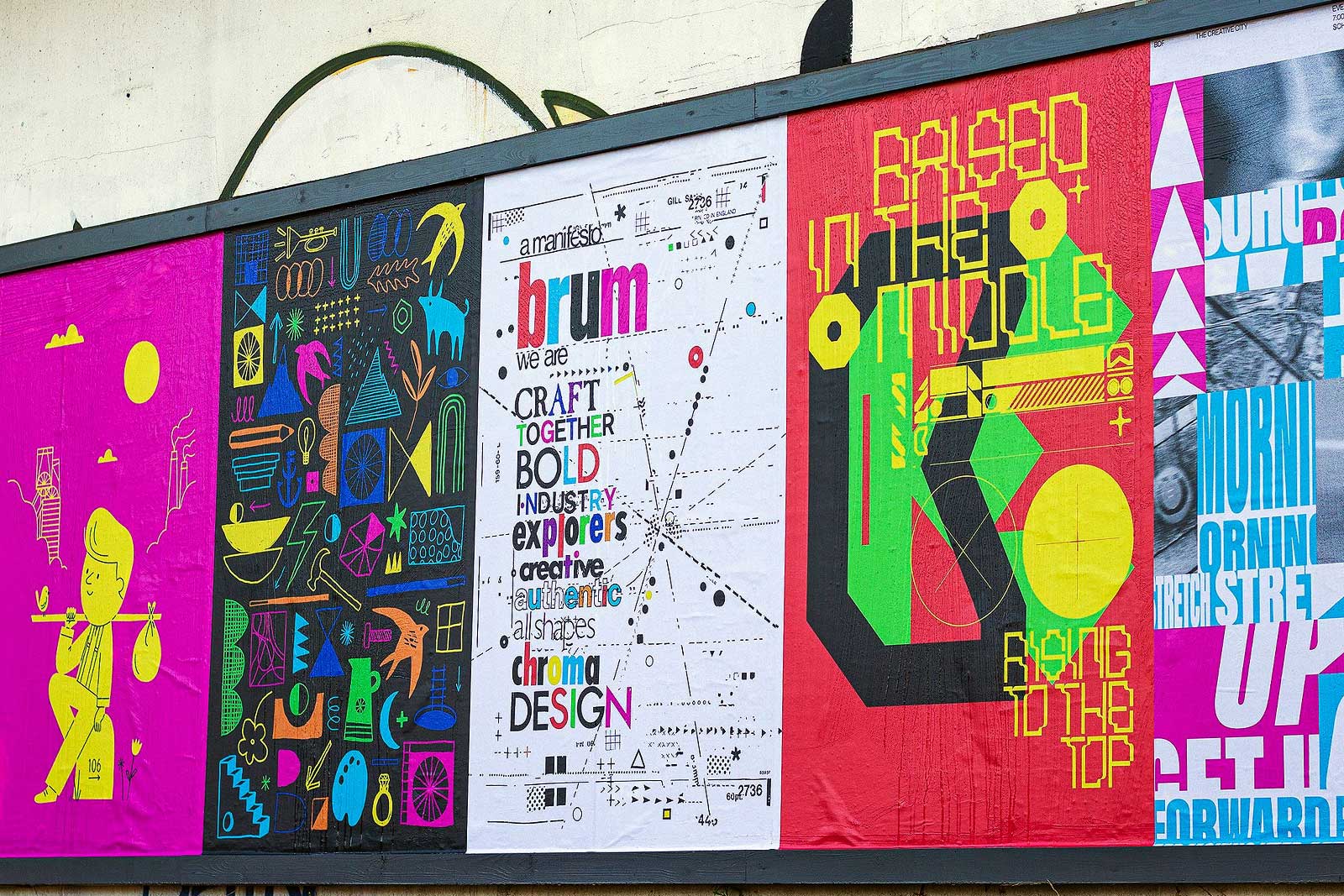 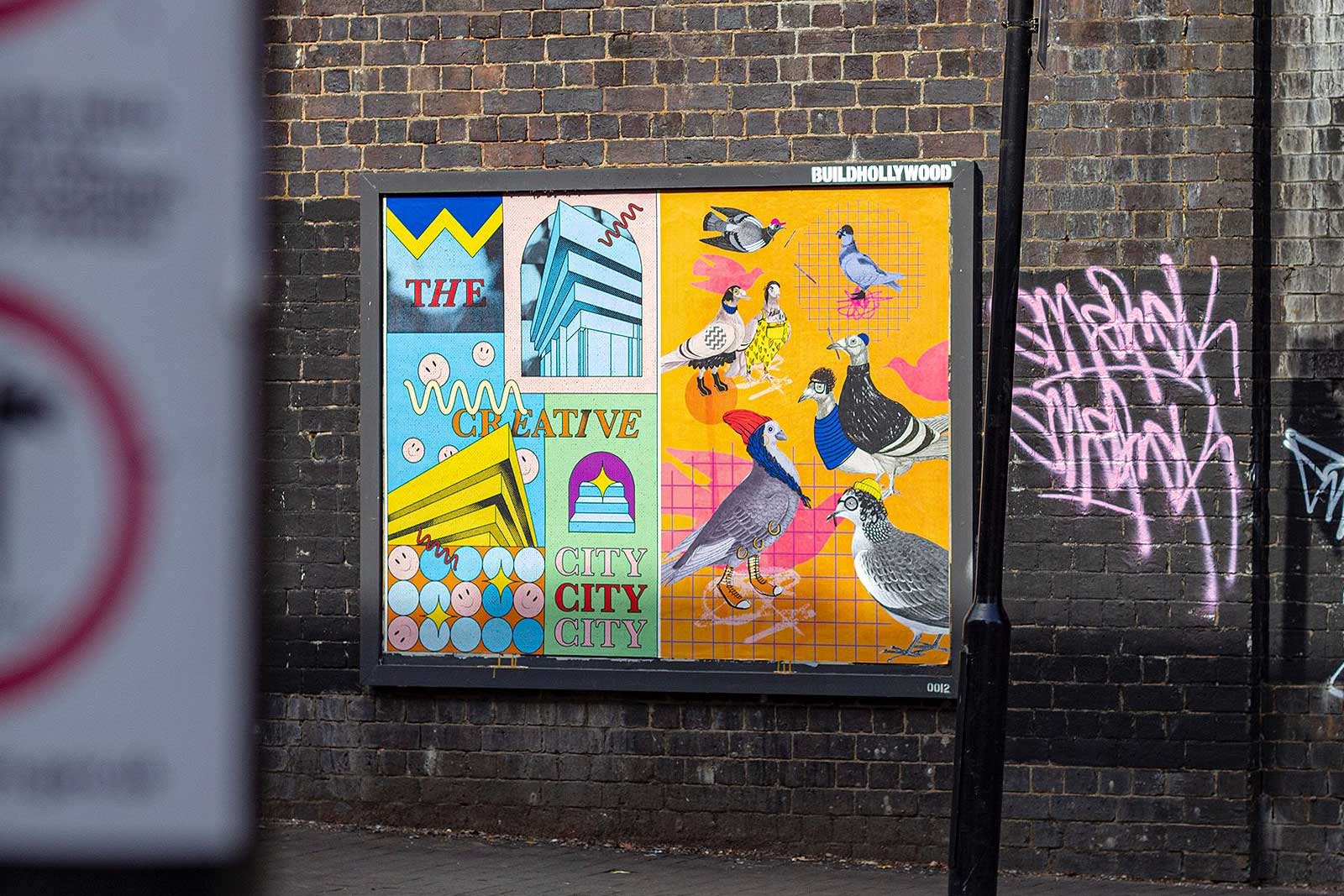 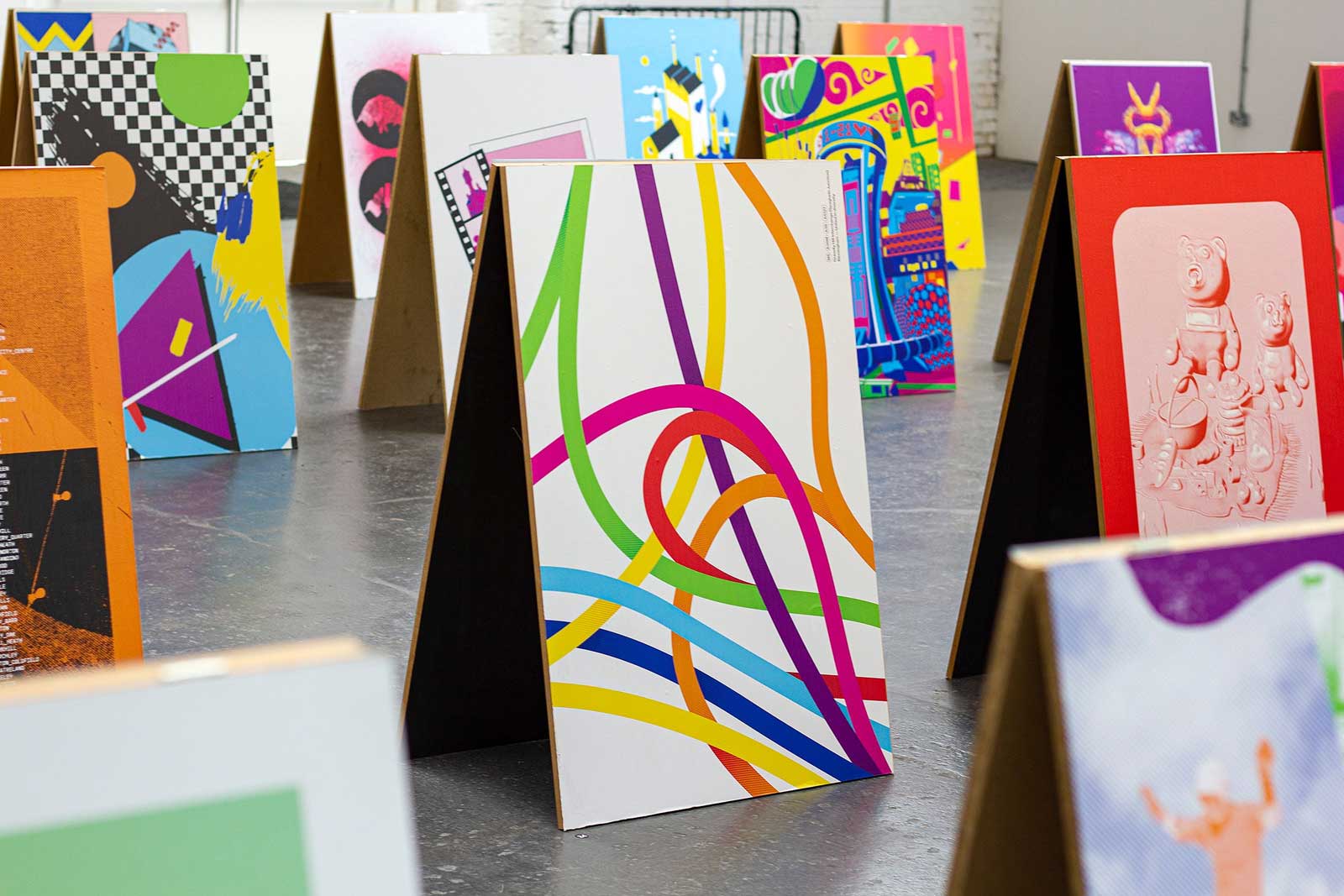 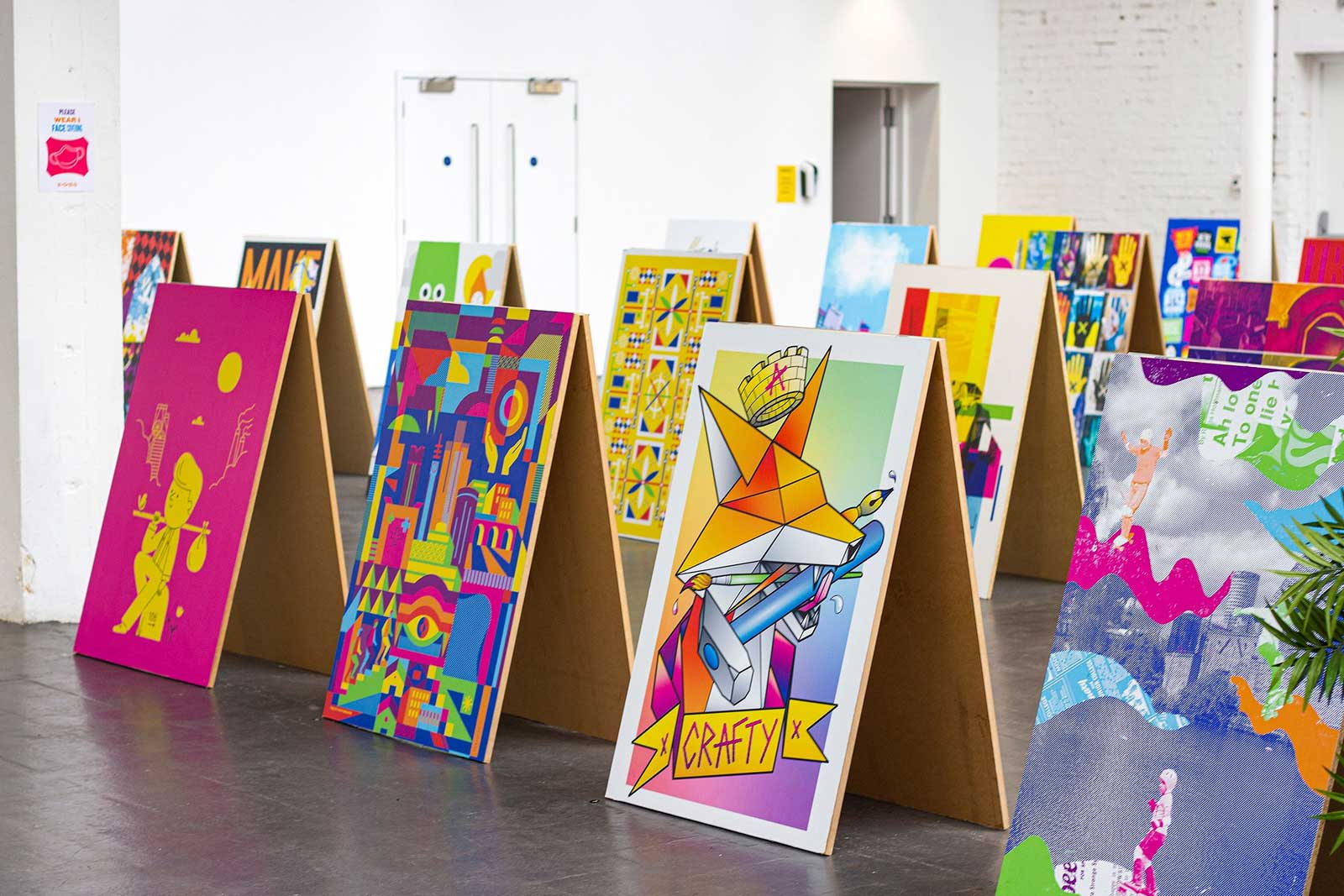 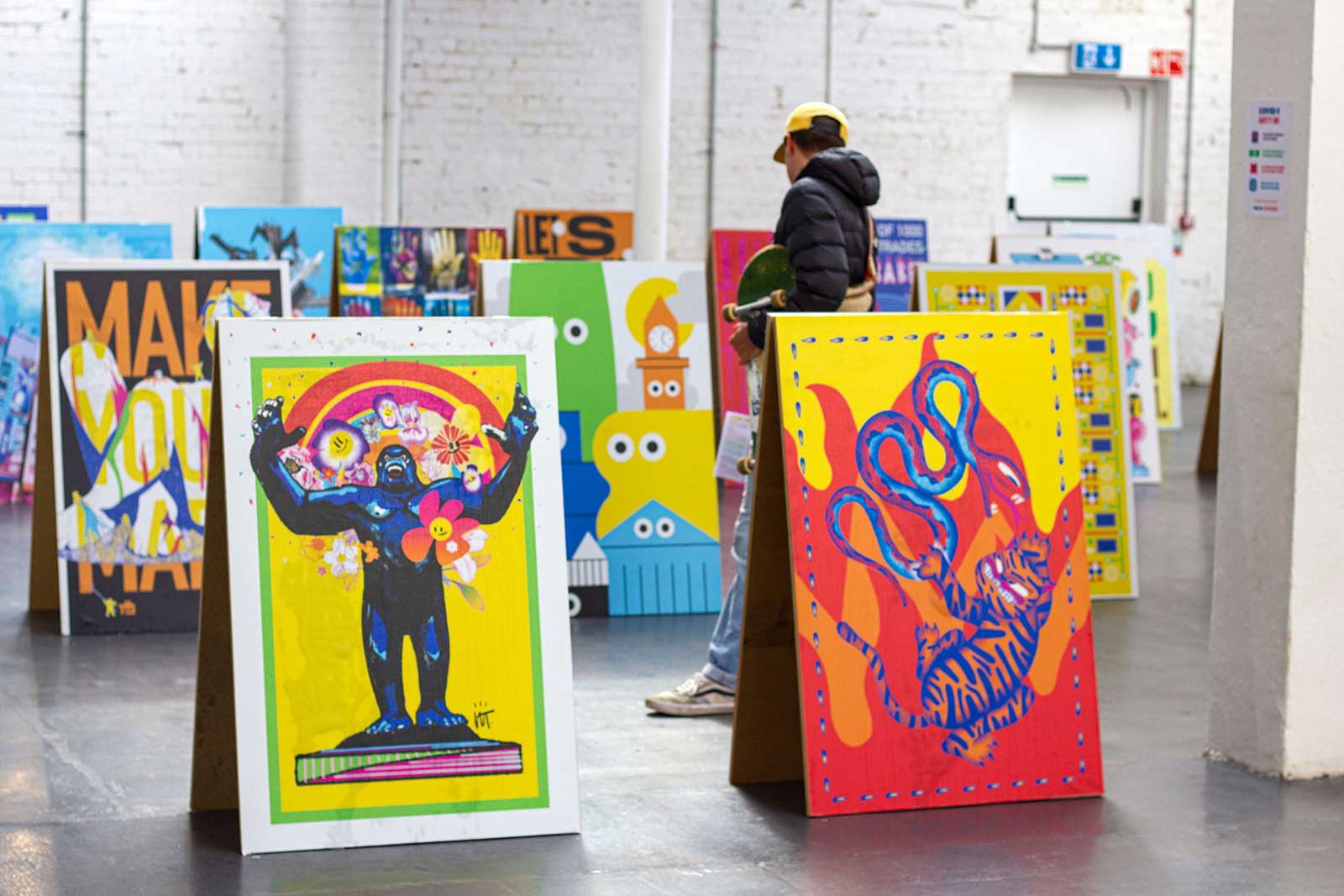 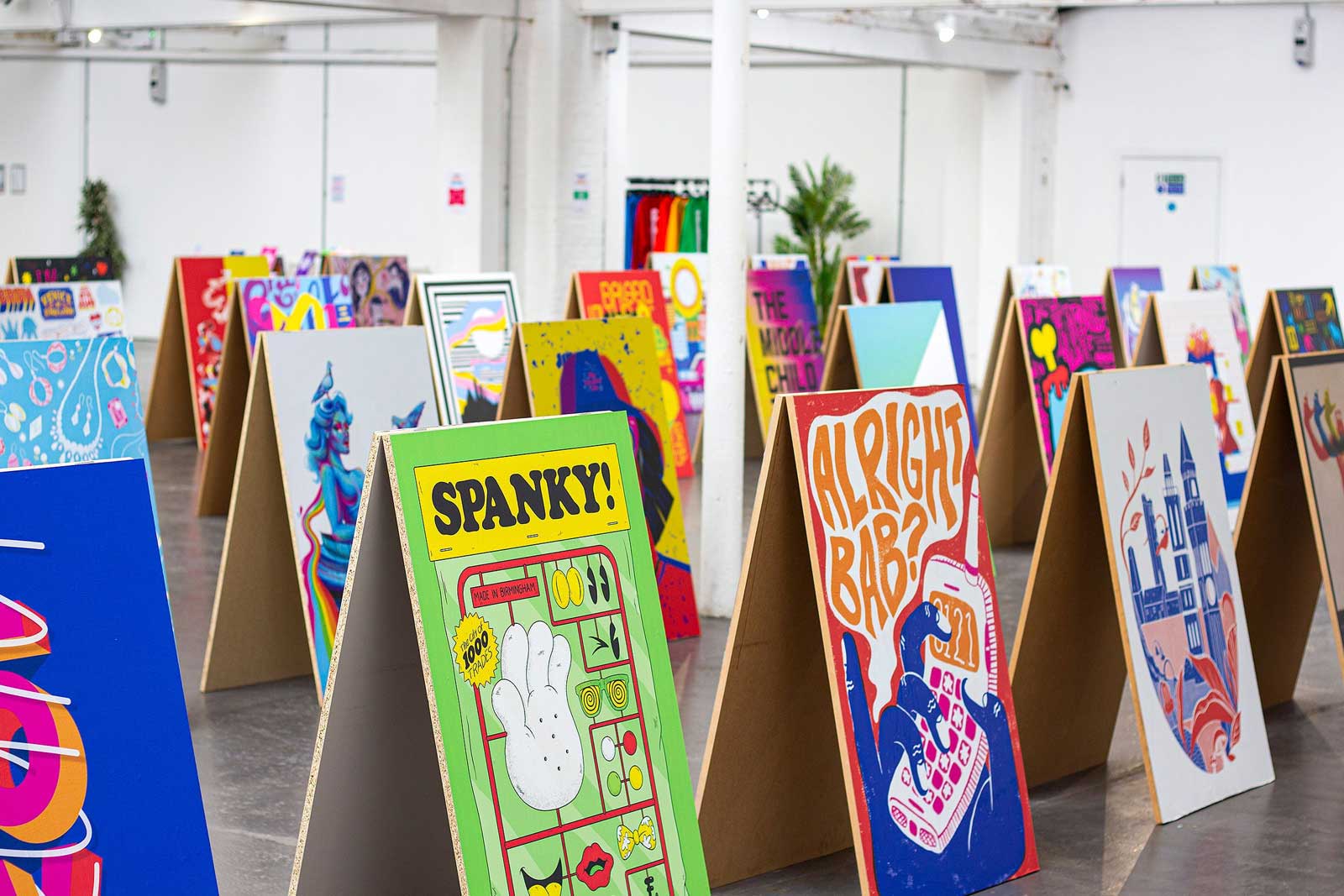 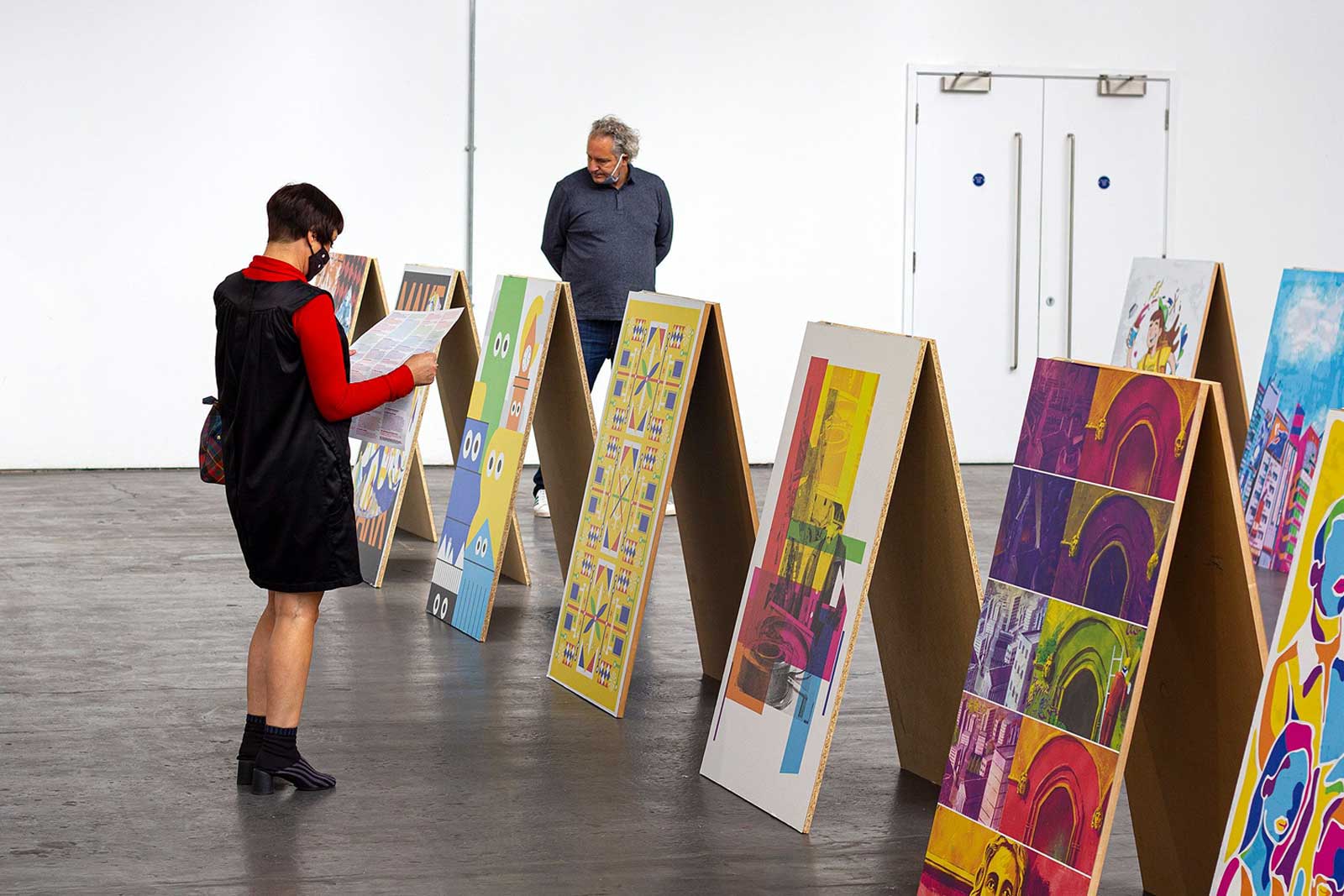 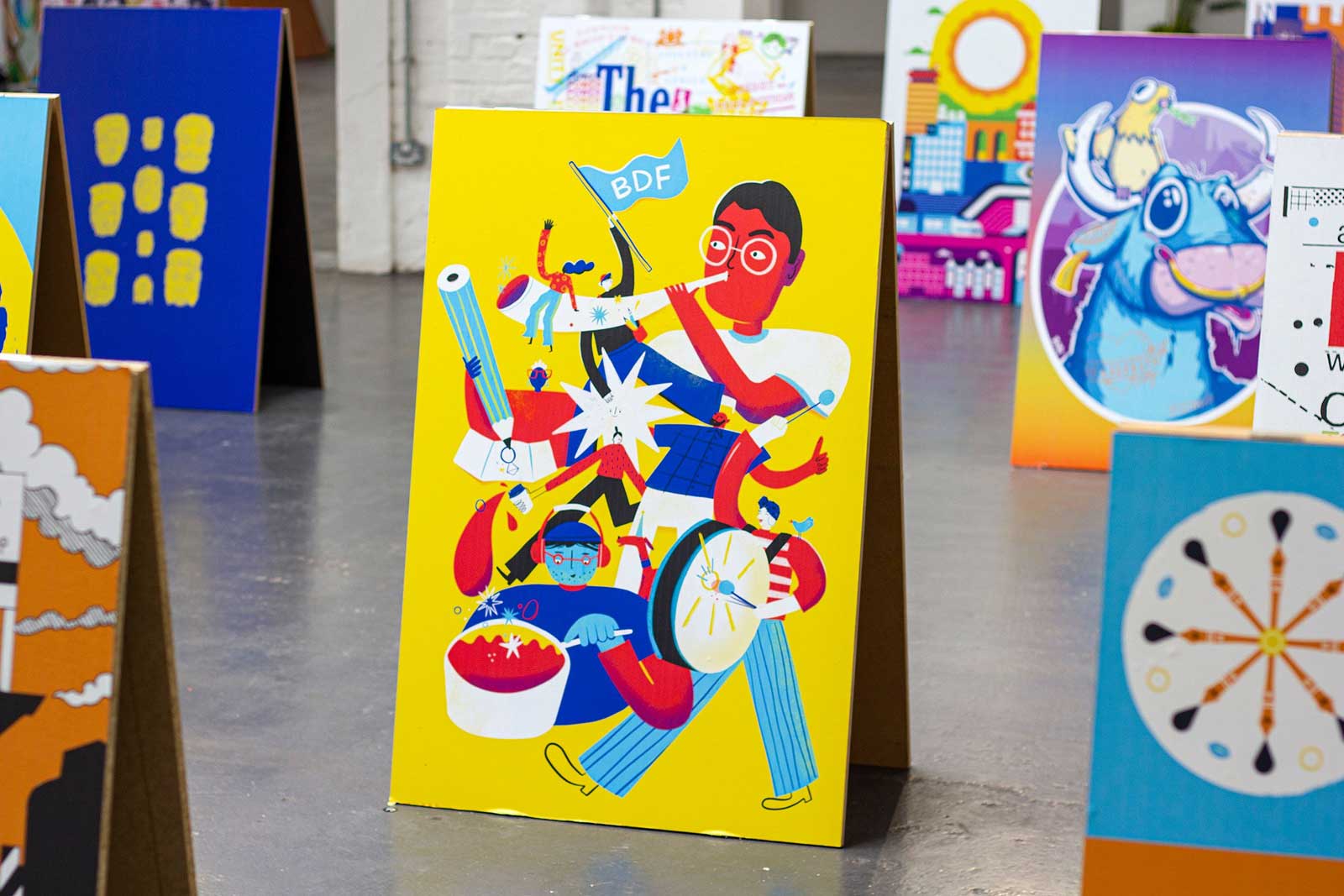 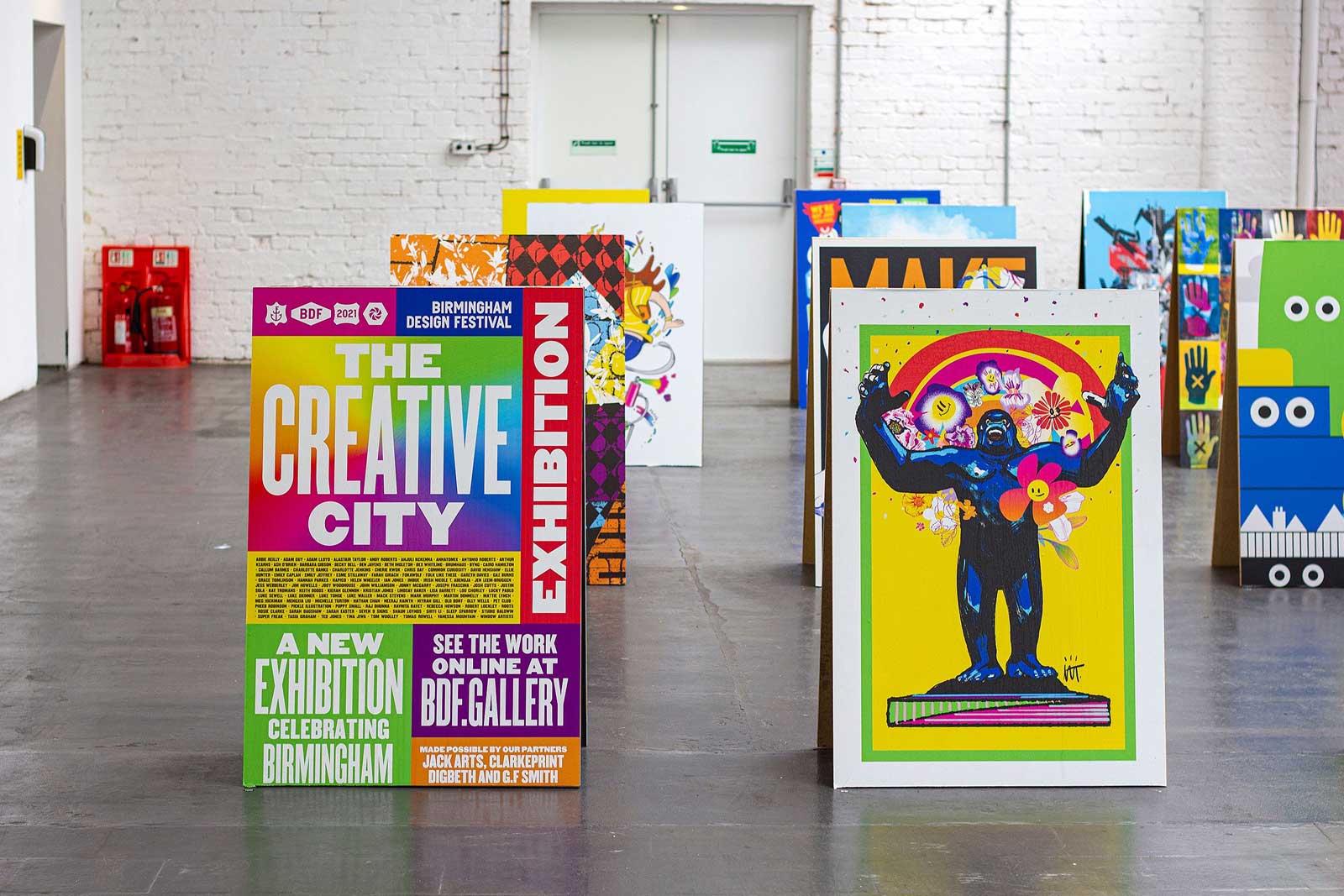 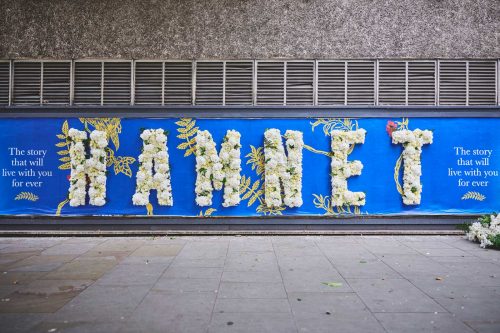