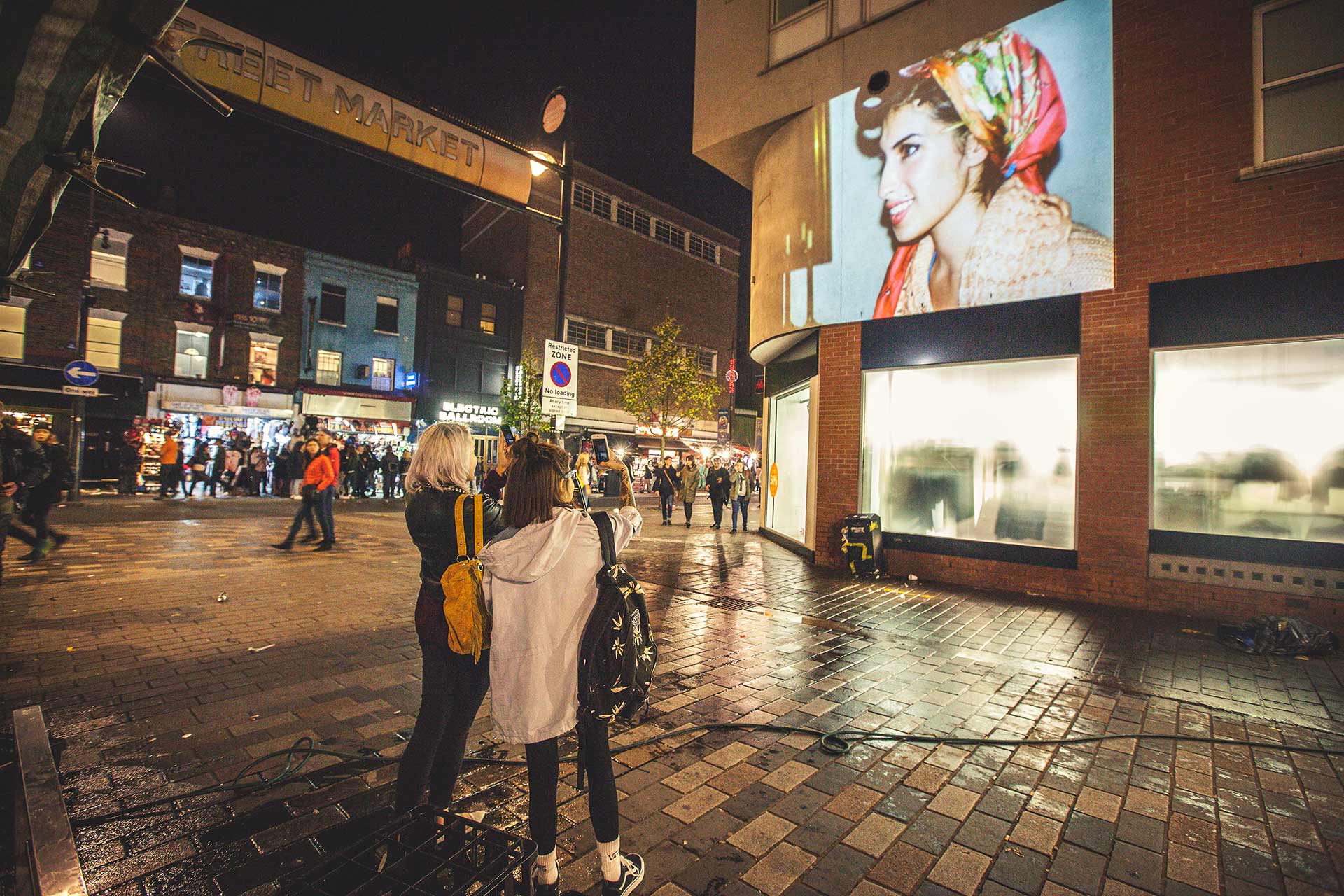 Amy Winehouse is the name behind one of the most-hyped documentaries of the year. Following the launch of AMY in cinemas in July, Island Records tasked the Diabolical team with promoting the release of the soundtrack, Blu-ray and DVD. How did we do this? We illuminated well-known buildings around Camden Town, using projections of never-before-seen images of the unforgettable artist, who use to live in the area.

The photos were taken in 2003 when Winehouse was just 19 years old, by friend and London based photographer Charles Moriarty, just before the release of her debut Album, Frank. The beautifully nostalgic images capture the artist when she was young, happy and carefree. Projecting them around Camden not only created intrigue for those passing by, but it also attracted media attention from I.D, NME and other music titles.

The buildings and locations for the projections were chosen, based on their importance to Winehouse and her story, including The Hawley Arms, Jamestown Road, Camden Town Tube Station, Chalk Farm Road, Camden Lock and Inverness Street. 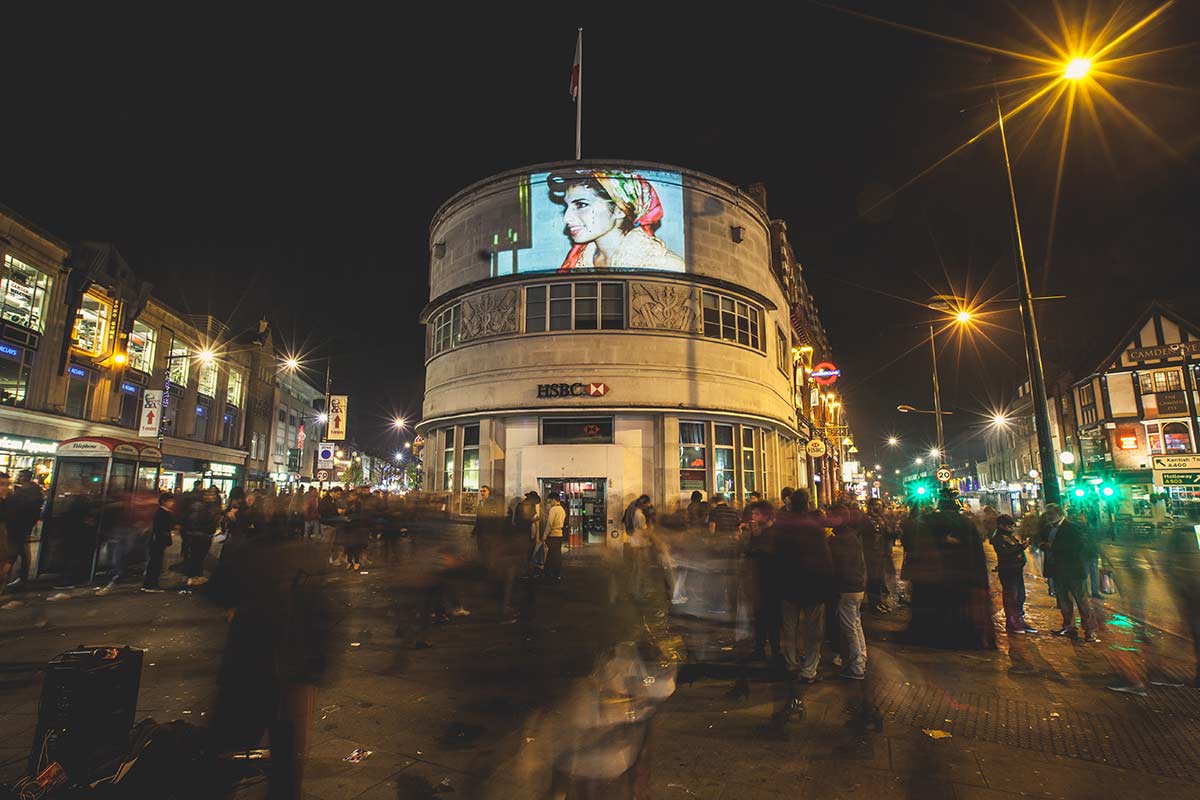 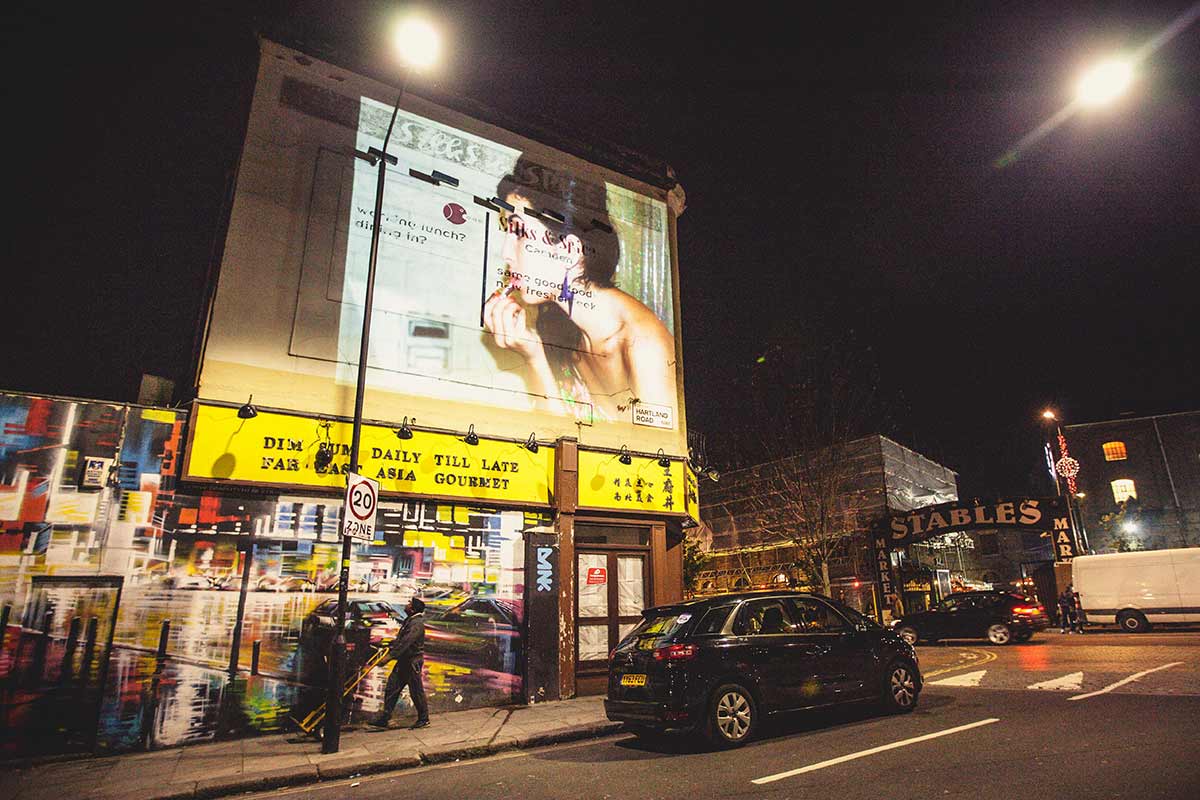 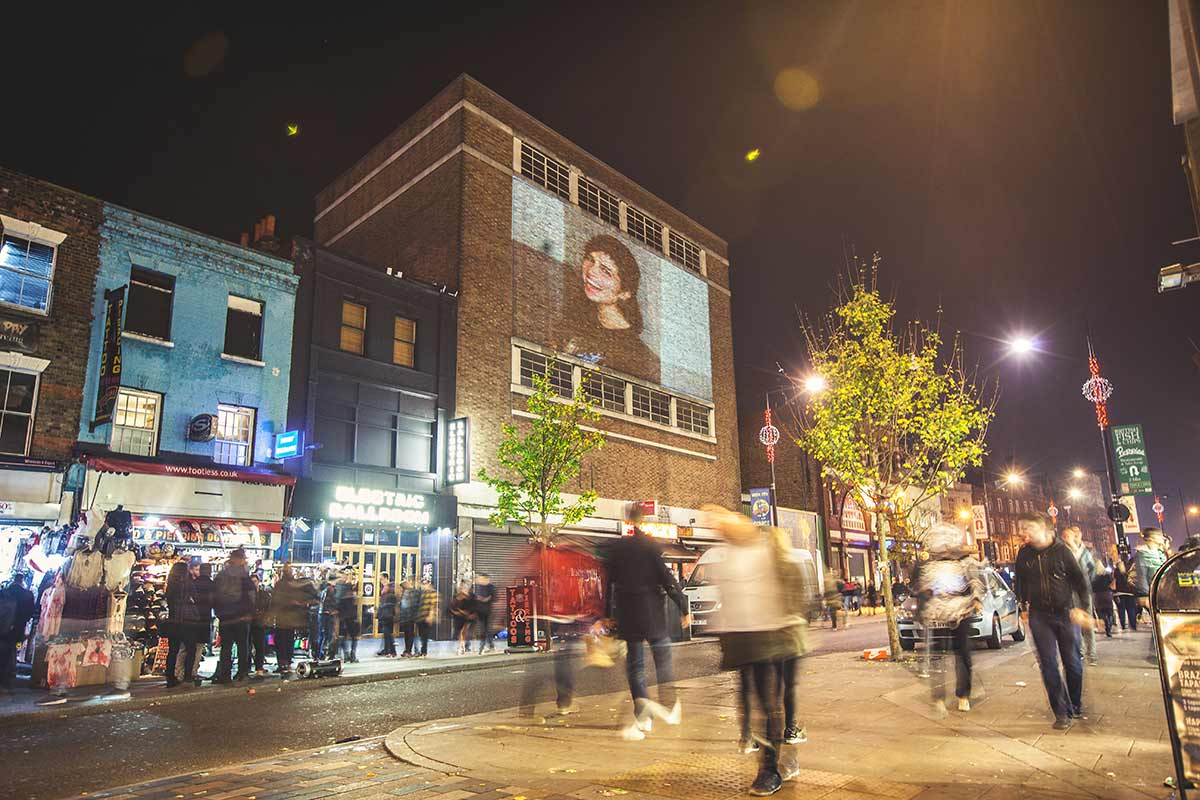 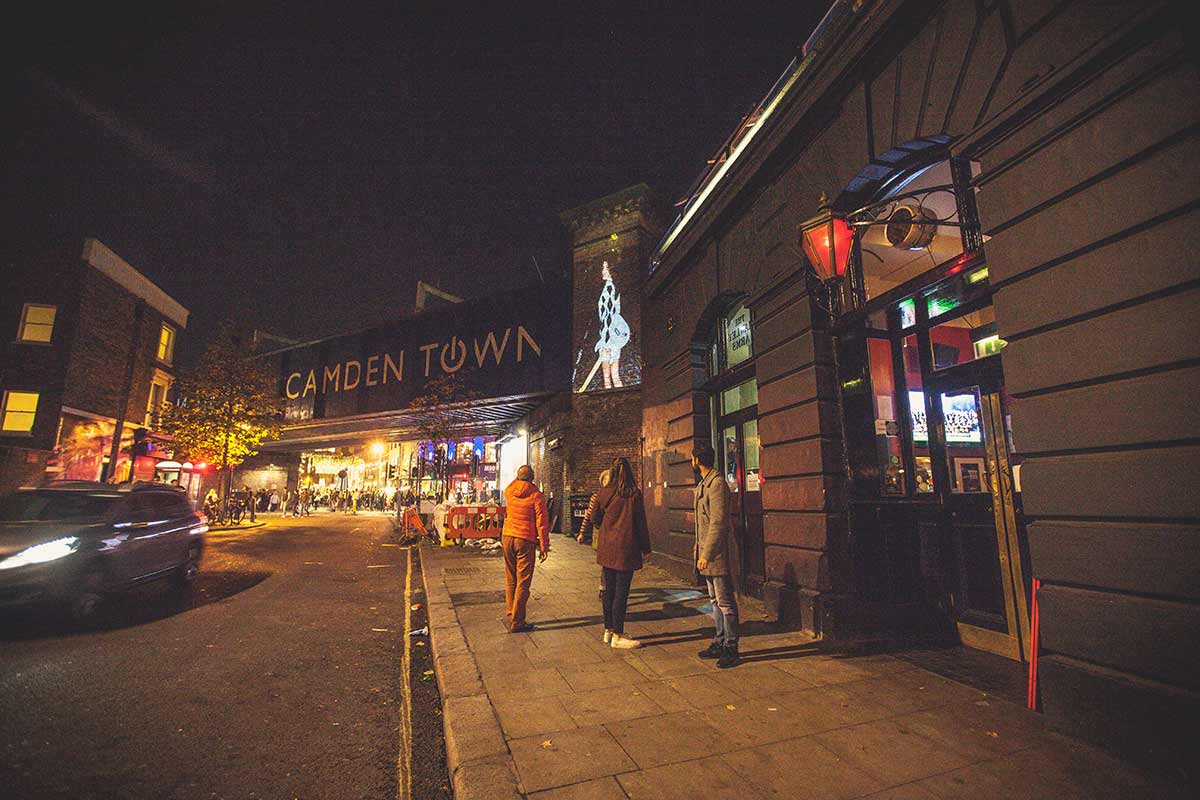 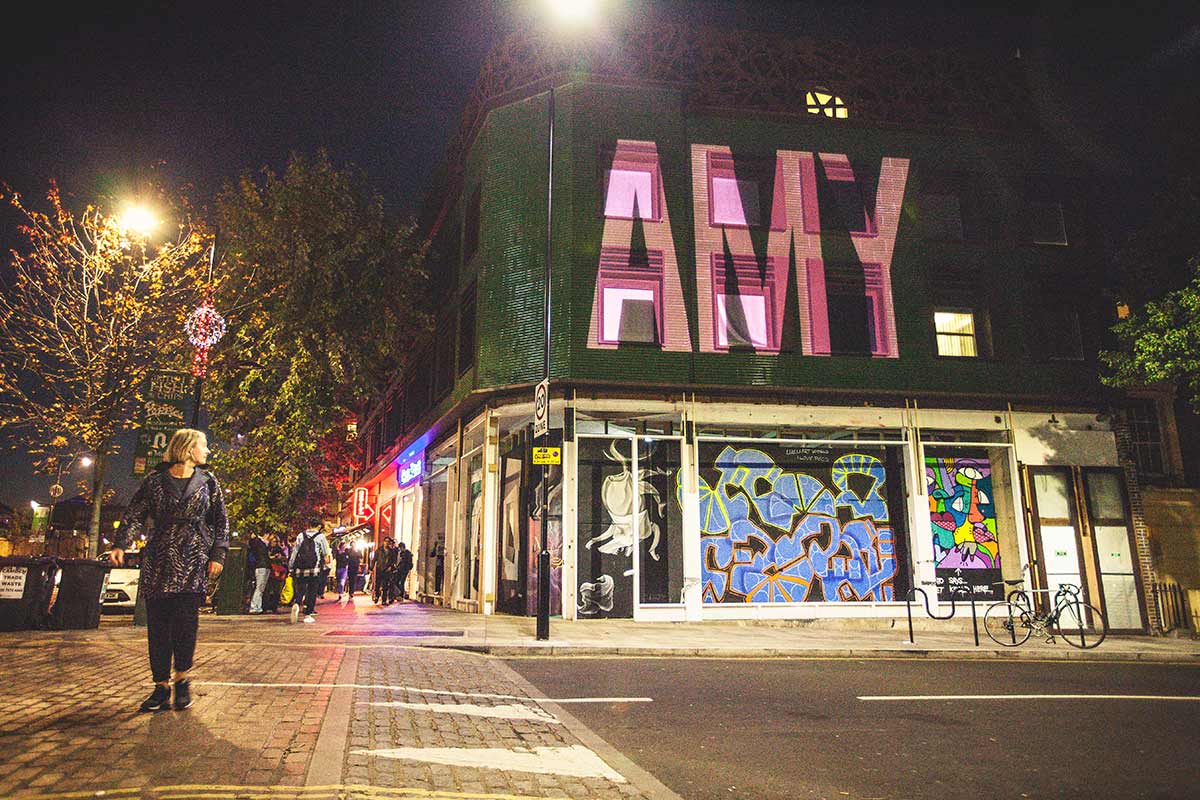 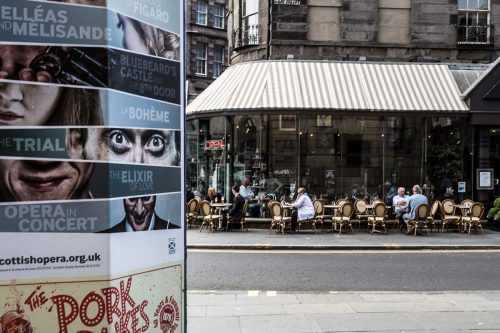 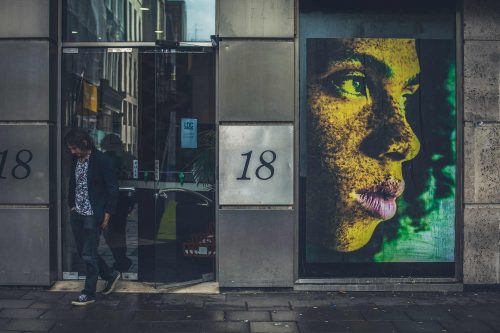