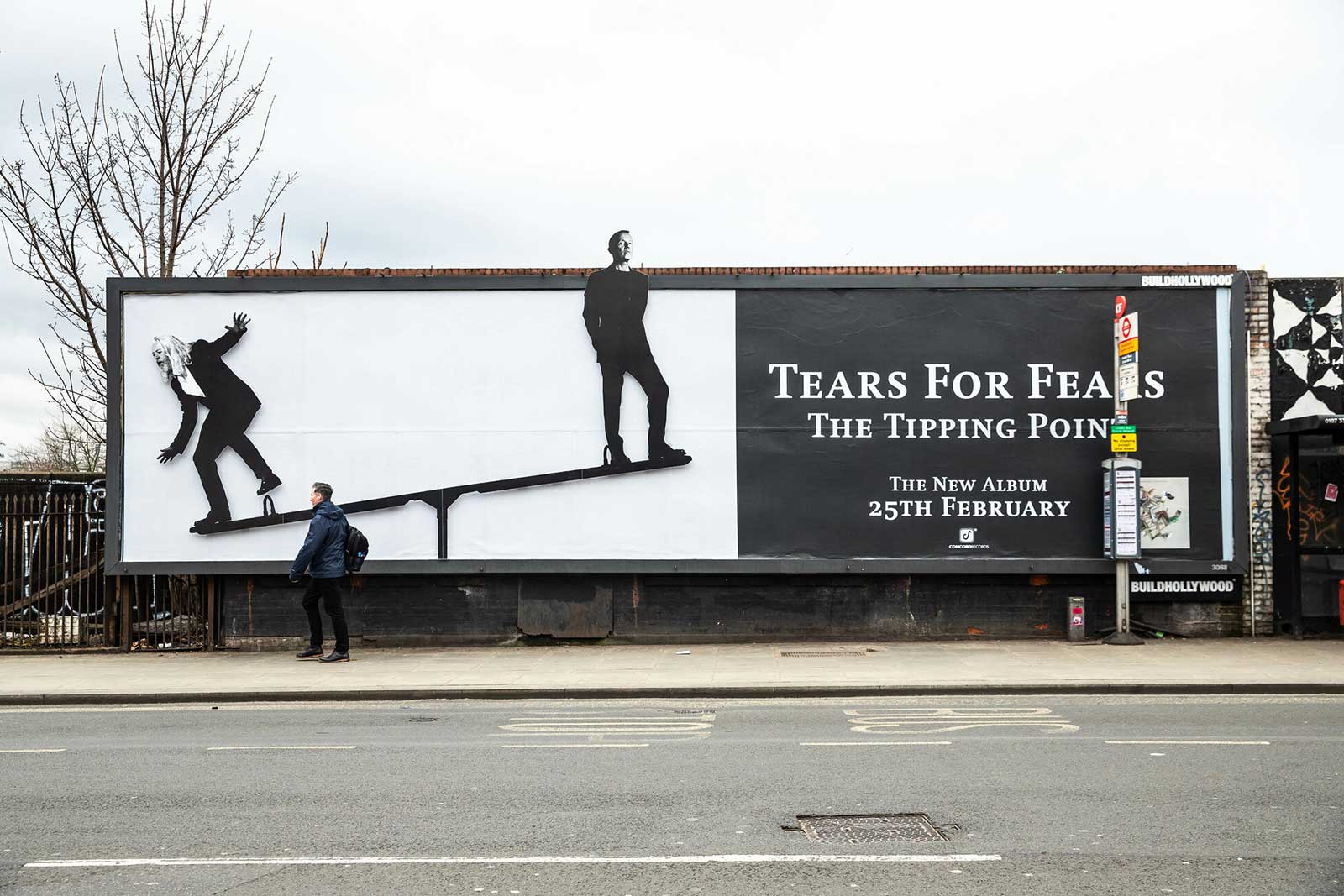 In 2022, it’s time that Tears For Fears rule the world again. The duo have made a long-awaited return to recording with their first studio album in 17 years: The Tipping Point. The album’s been met with stellar reviews from the likes of The Independent and Pitchfork, going down a storm with long-time fans – and also reached their highest, top 5 chart position on the UK Albums Chart in 30 years.

Introducing The Tipping Point to the streets of London required a special campaign – so we worked with Concord Music to mark the occasion. Executing the creation of a mega-sized creative billboard on our Kentish Town site, it took the form of a scale, showing Roland Orzabal and Curt Smith in impressive monochrome alongside the album’s release details – proving a real hit on the band’s Instagram, earning well over 10 thousand likes. 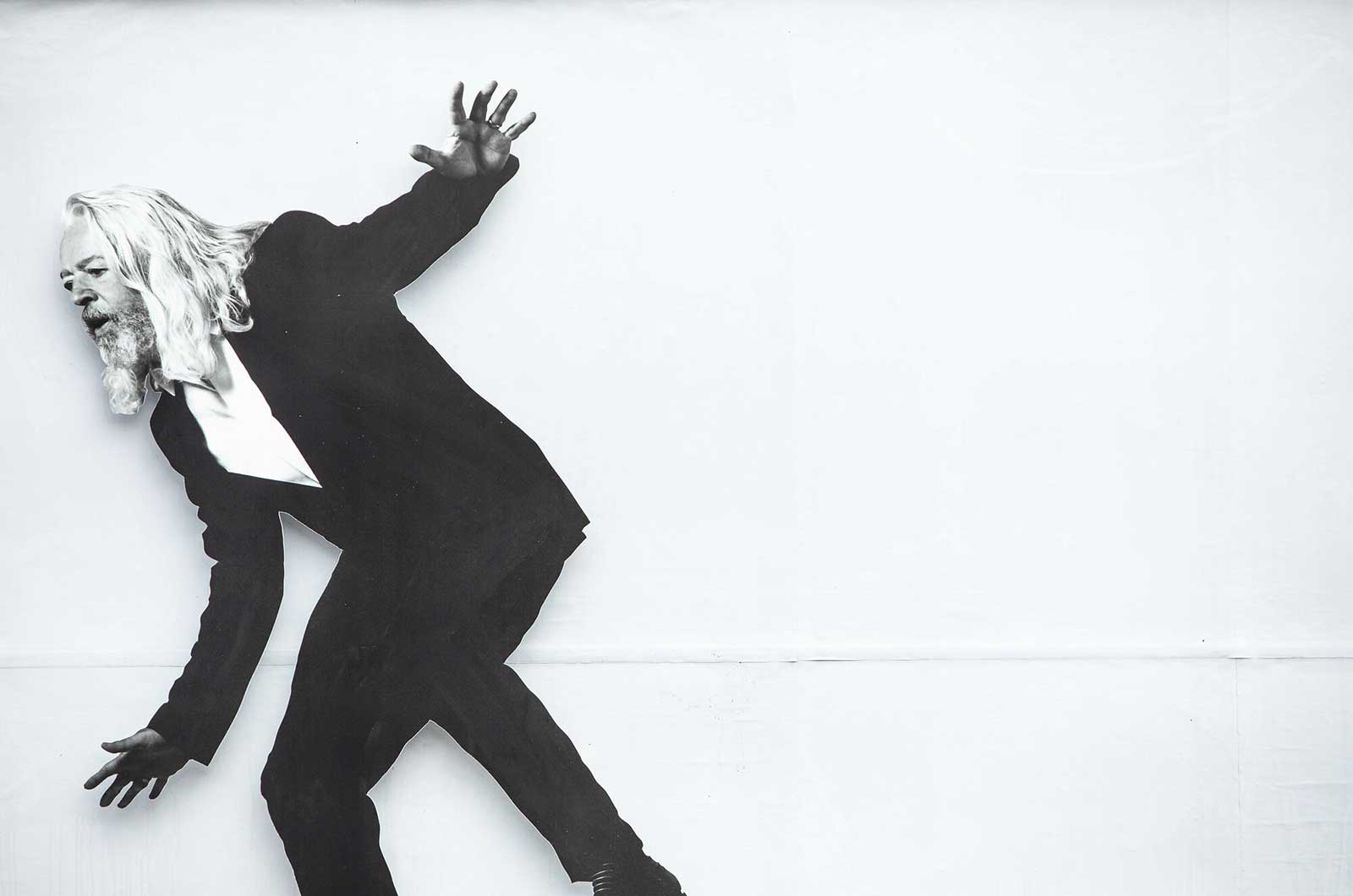 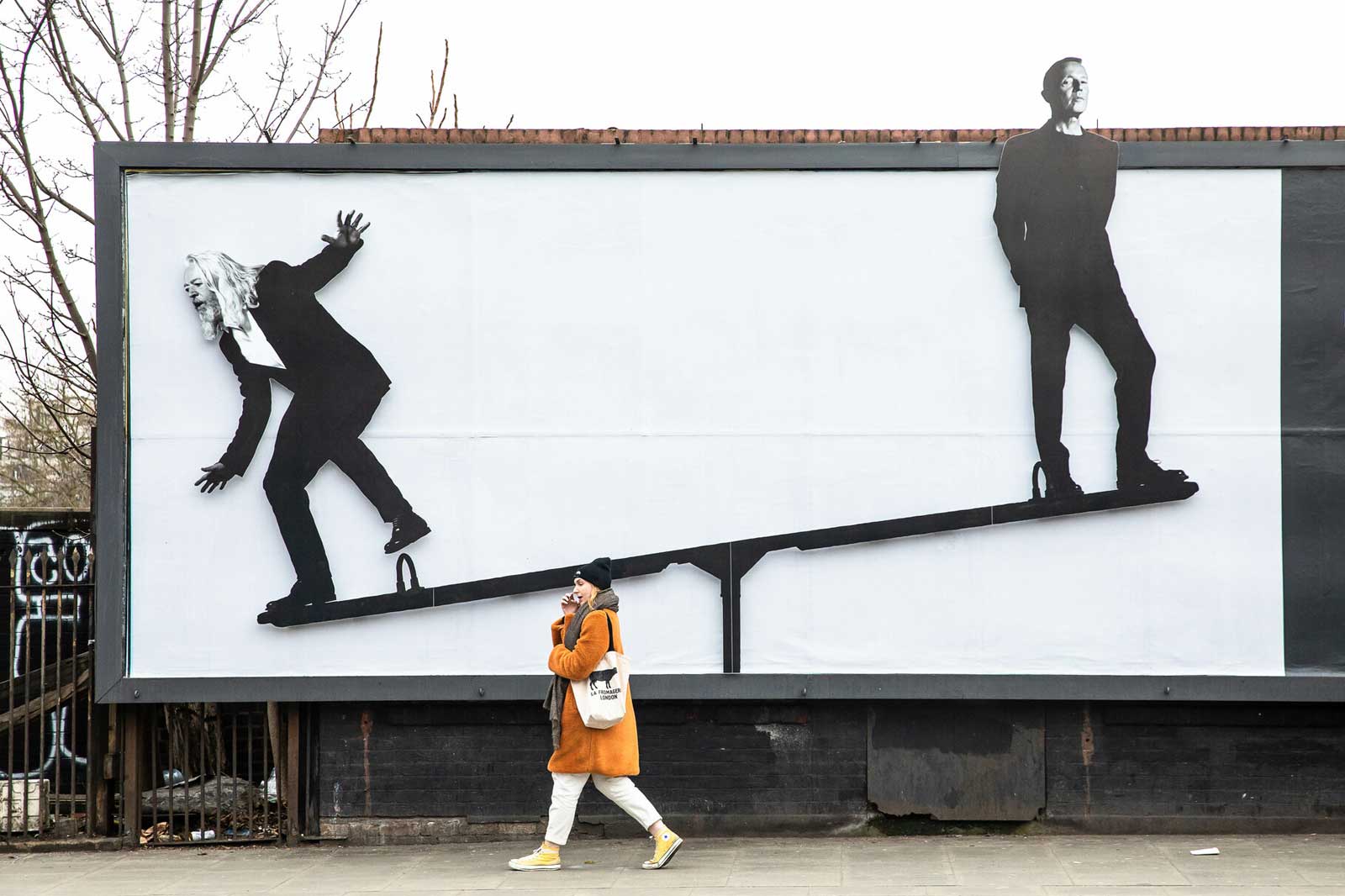 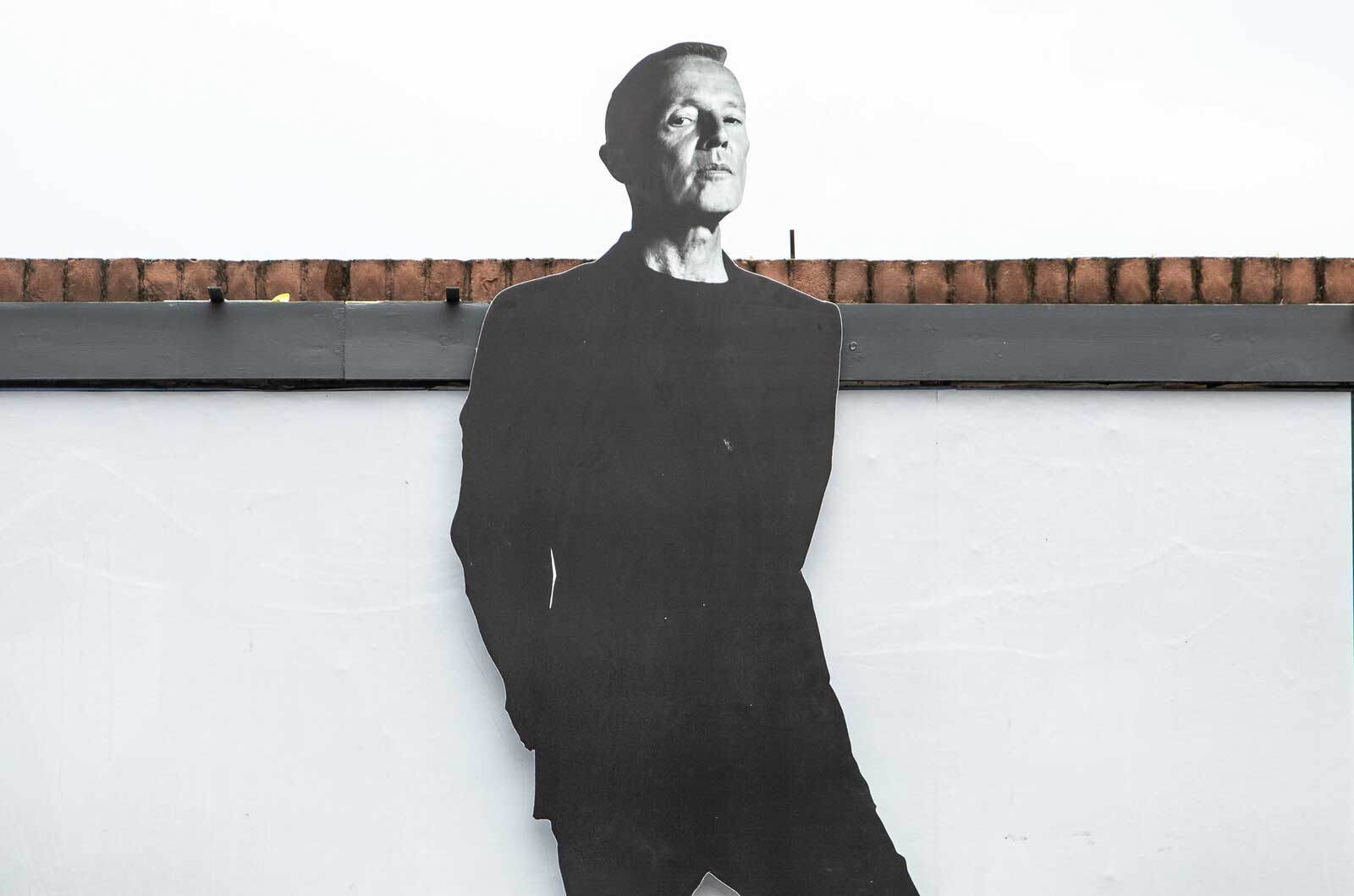 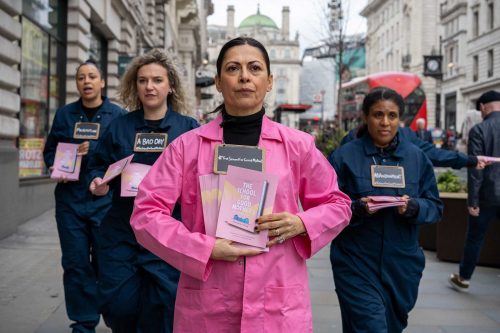 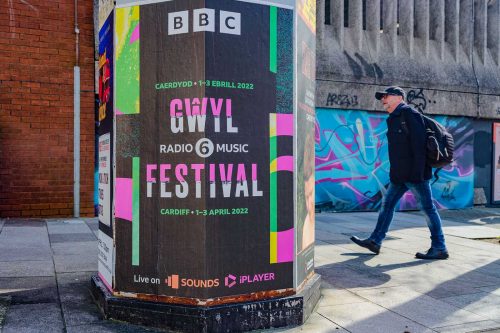