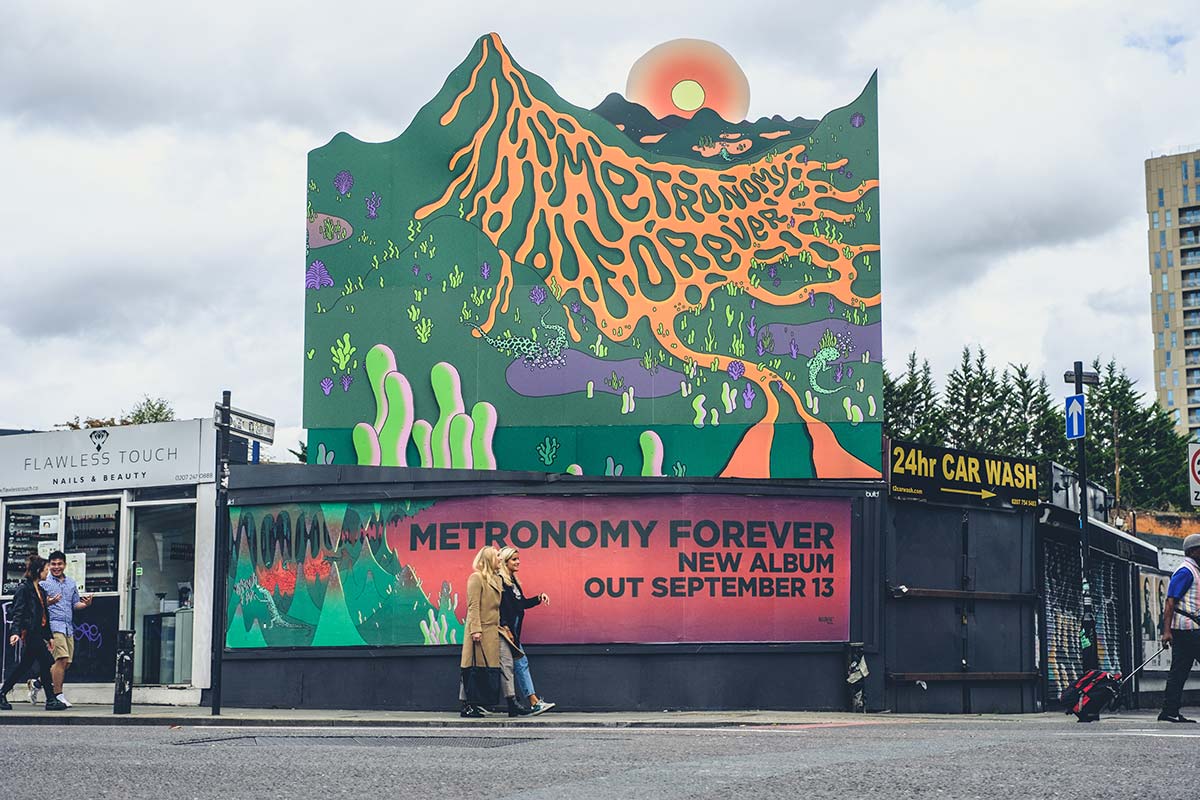 Metronomy are one of Britain’s most-loved, quintessentially English, modern pop acts. Twenty years on and now a five-piece, they have dropped their sixth record, Metronomy Forever. Their laid-back yet freewheeling vibe draws on ’80s forms from synth pop to techno-funk, with their latest release toeing the line between maturity and playfulness. We teamed up with CMS to bring their playful persona to the streets of London by creating a brand-new landmark in the heart of Shoreditch. Replicating the colourful album artwork it features a super bold Volcano which represents a parallel for how far the band have come, with its title an indication of how far they could go. 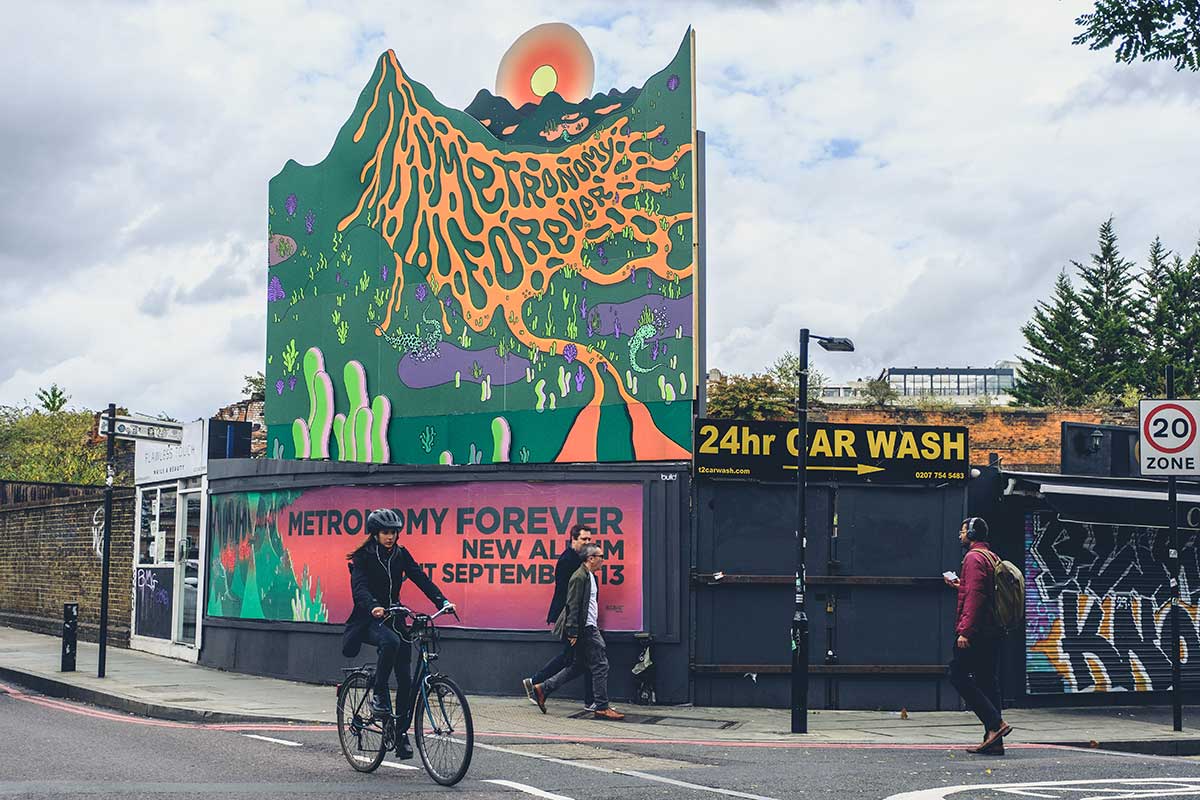 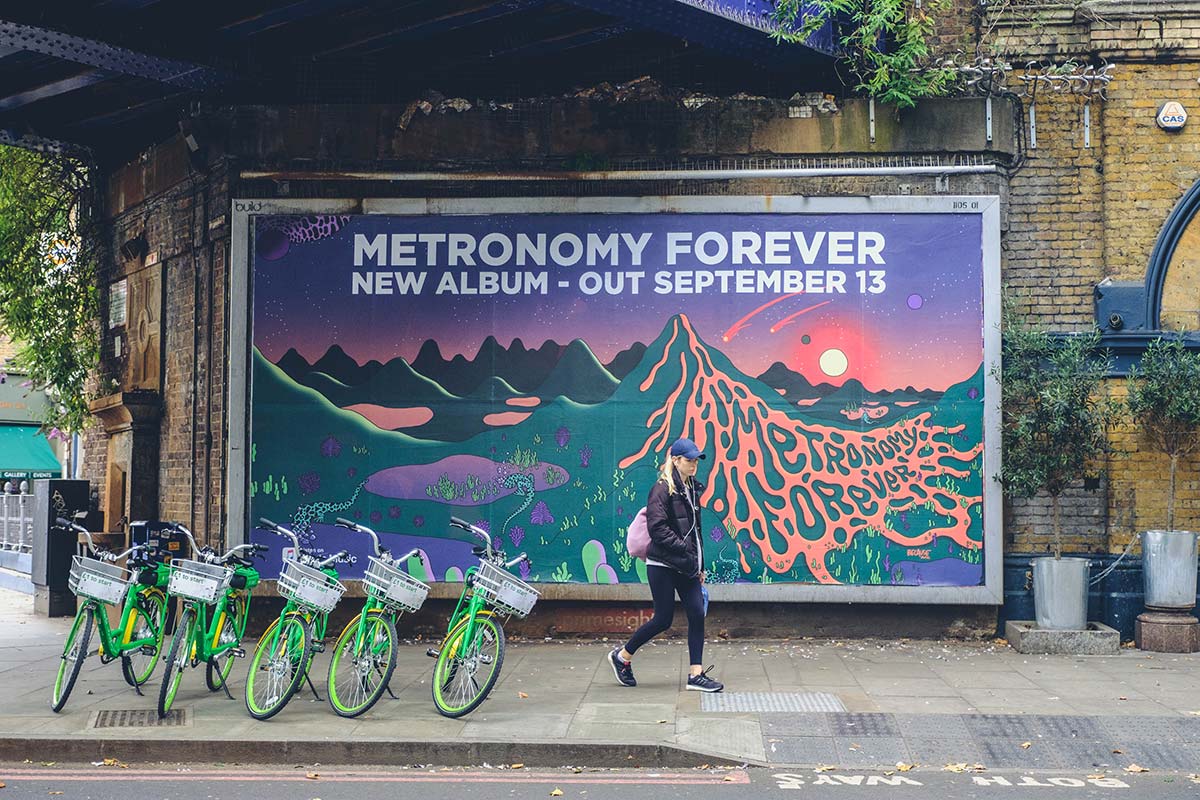 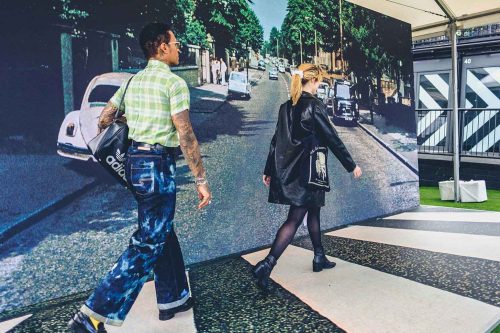 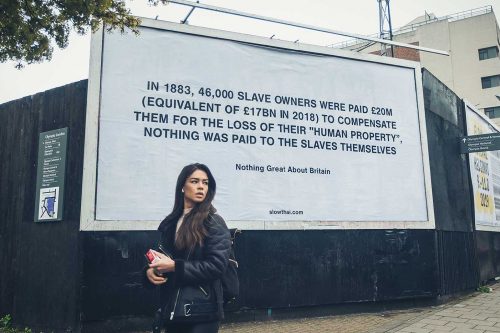 Slowthai: Nothing Great about Britain